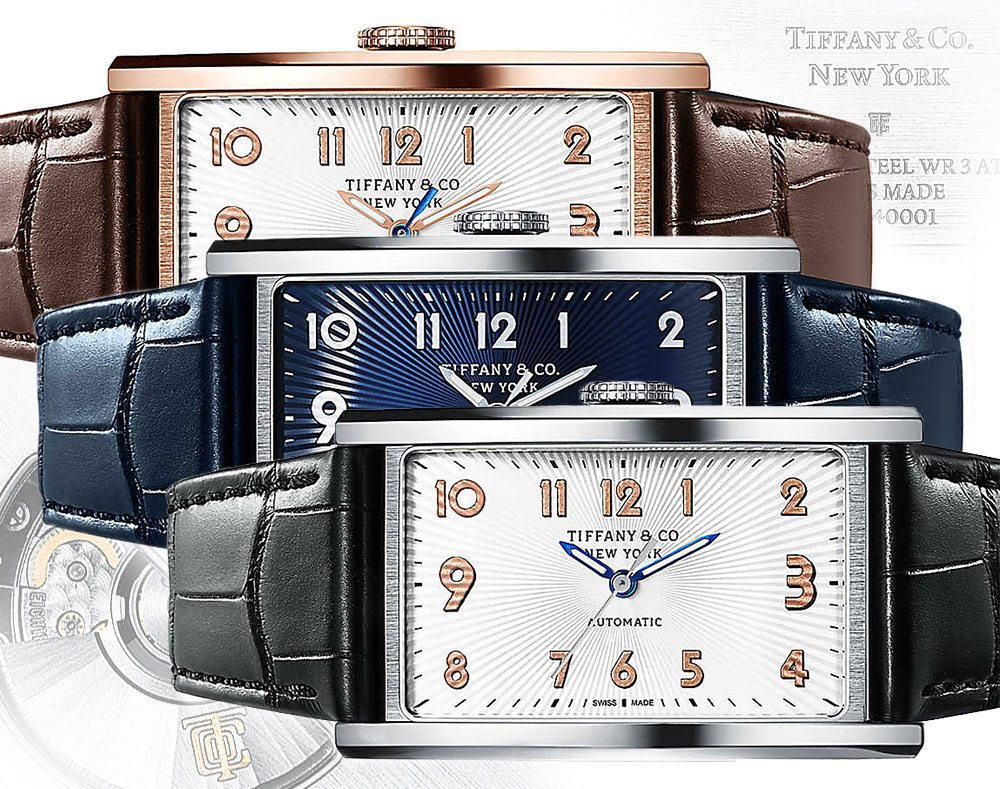 Updated with a new case size and movement, the recently released Tiffany & Co. East West Automatic 3-Hand is a much welcome addition to the company’s East West line of watches. It takes the best aspects of the previous models, such as the unique rotated dial layout, high-quality materials, precision construction, and a handsome design that harkens to the company’s past… and adds two new features that modern luxury watch buyers demand: a bigger case and automatic movement. Whereas previously available only in quartz, the updated line should draw a lot of new interest.

The Tiffany & Co. East West was first introduced in April 2015 and was powered by a Swiss quartz movement with a 42mm x 25mm horizontally rectangular case in stainless steel on an alligator strap. There were three color options for the dial: black, blue, and white. Ariel went hands-on with the Tiffany & Co. East West watches around the time of their launch, and his opinion was that they are “pleasantly whimsical while also elegant-looking.”

I can say that my opinion does not differ too far from Ariel’s assessment of the quartz models, but that the updates in design and new TCO 2558 movement (based on the Sellita SW1000 automatic movement) draw me in more than the original ever did. The movement operates at 4Hz and has a 40-hour power reserve. Whereas the quartz models only displayed hours and minutes, the automatic movement is emphasized on the Tiffany & Co. East West Automatic 3-Hand watches with the addition of the sweeping seconds hand. 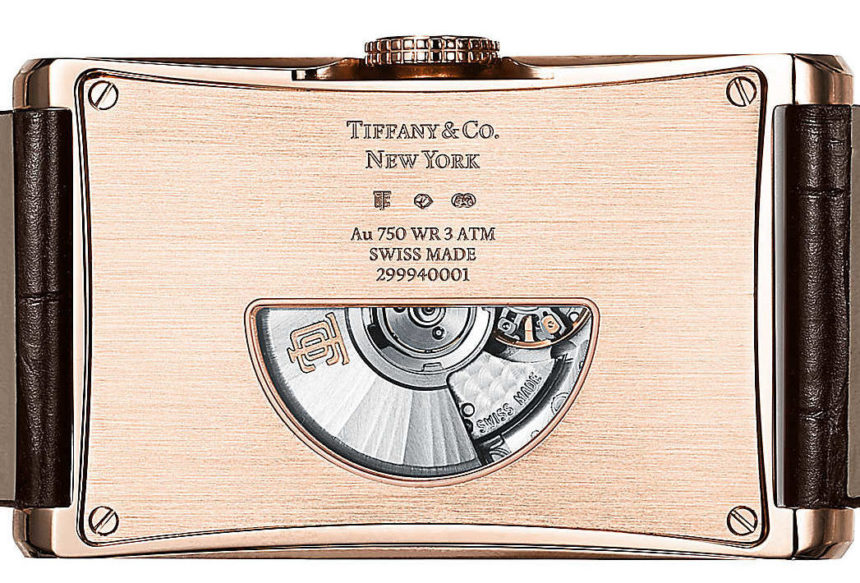 The case is now 46.5mm x 27.5mm in size, which will wear in a more masculine fashion than the quartz version, and it is water resistant to 30m. The dial features many small updates that combine to form a much more visually interesting package, coming in blue or white with a radial guilloché finishing and gold or silver powdered numbers. The dial gives the Tiffany & Co. East West Automatic 3-Hand watch an almost vintage appearance, something which I personally like quite a lot, both from an aesthetic perspective and for how it taps into Tiffany’s heritage as a watchmaker. Both the front and back of the case have sapphire crystals and the front crystal has a multi-layer, uncolored anti-reflective treatment. Through the back you will be able to partially see the decorated movement.

Each model comes on an alligator strap, and the stainless steel-cased models are priced at $4,750 with the 18k rose gold-cased model priced at $12,000. tiffany.com