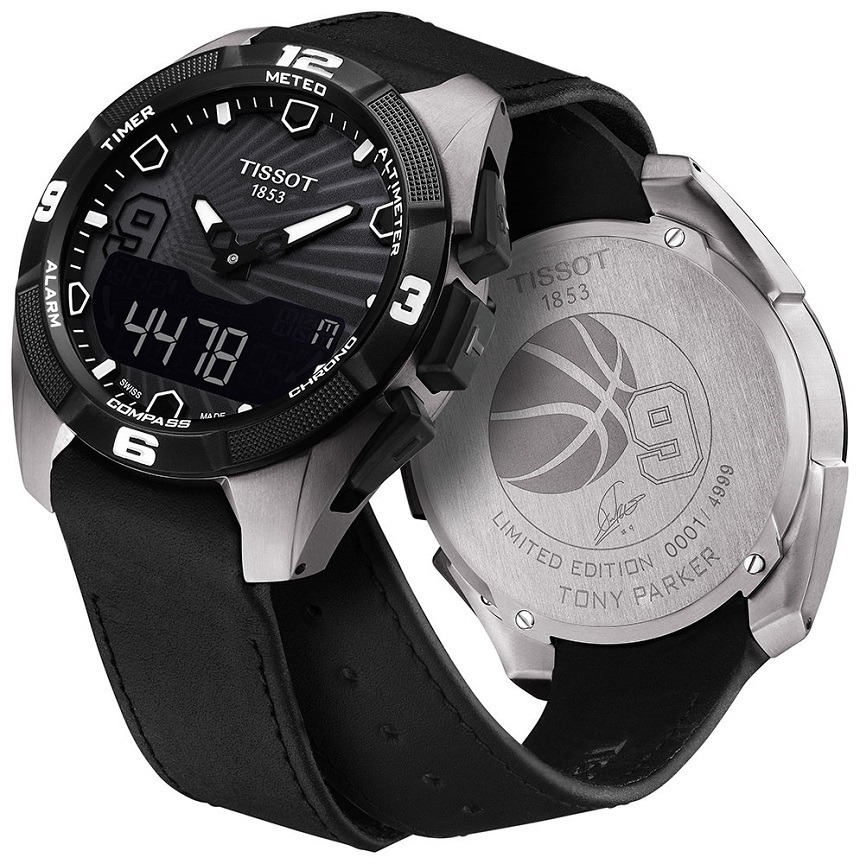 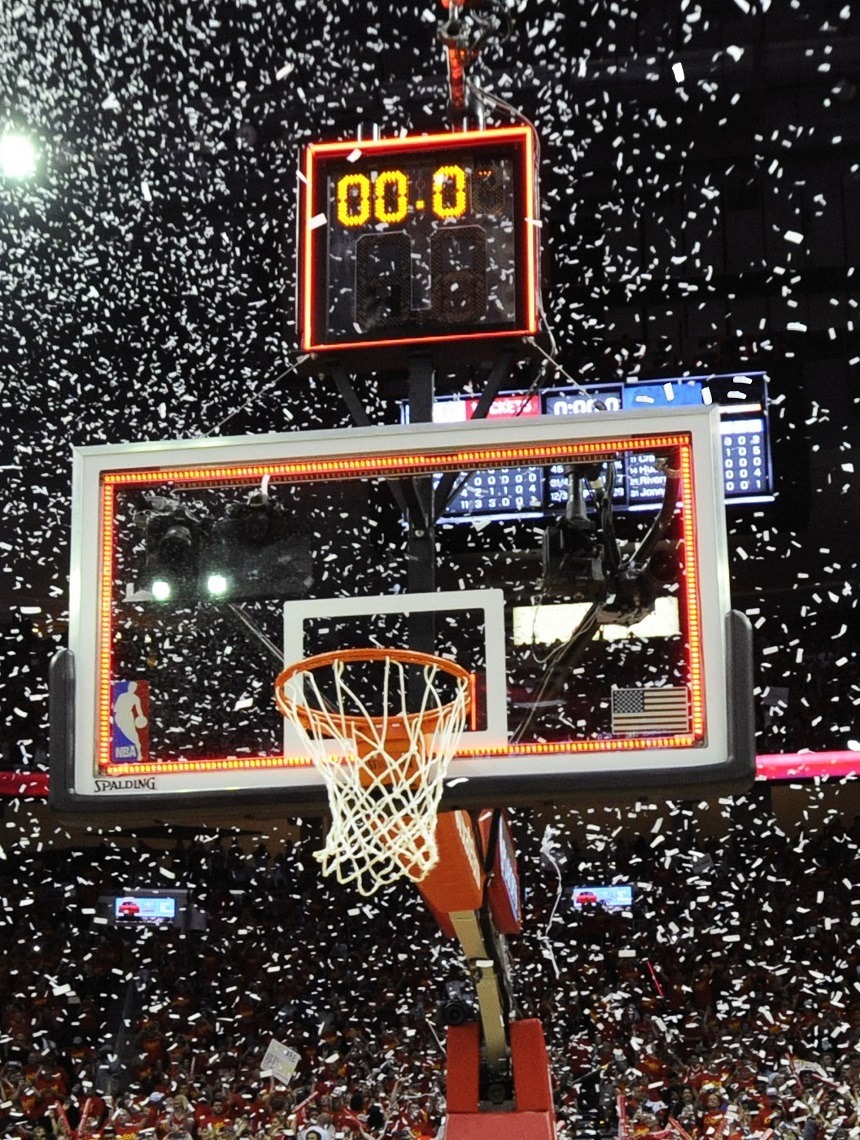 Swatch Group-owned Tissot watches has just announced a major multi-year deal to become the official timekeeper of the NBA (National Basketball Association) and its associated entities. The deal means that Tissot will be prominently displayed in all NBA, WNBA, and other NBA-related events as the association’s official timekeeper. This is big news, as American basketball is one of the more recent sports to be the recipient of heavy investments from Swiss watch makers. While there have been various deals among watch brands and teams or players, to my knowledge, there has not yet been (in recent history) any official timekeeper of the NBA at large.

Tissot’s relationship with the NBA is rather massive. In addition to Tissot-brand timers and game and shot clocks, Tissot will have the right to produce Tissot timepieces with any of the NBA team logos on it, as well as clocks, and other accessories. So you can appreciate that while some people might not want NBA-branded timepieces, the Tissot/NBA agreement gives Tissot the right to produce timepieces with any of the NBA teams and possibly players. 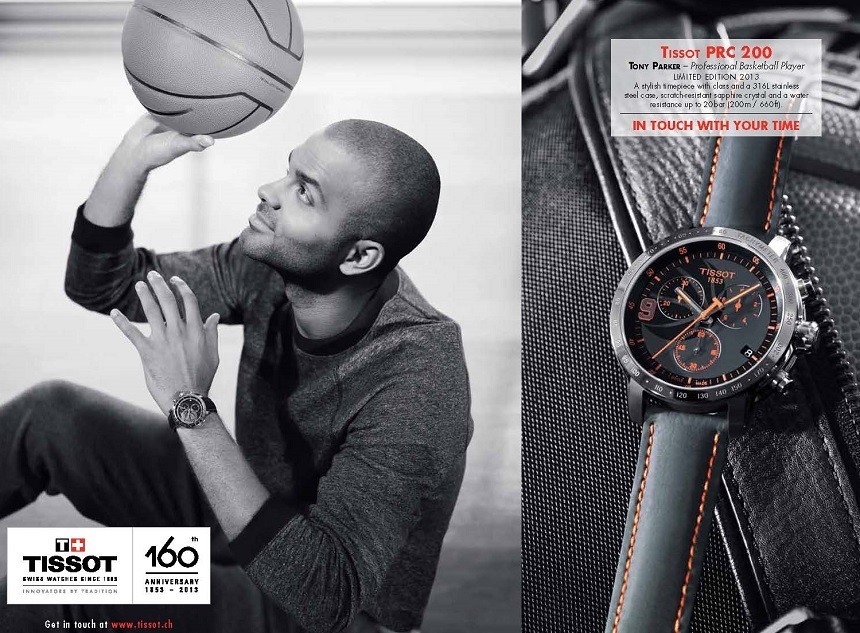 Tissot has delved into the world of basketball before. Player Tony Parker has been a Tissot brand ambassador for years, and now Tissot is further deepening its relationship with the popular sport. For years, Swiss watch makers focused the majority of their team sports sponsored budgets on soccer (football), but more recently have been looking at basketball and even American football. Perhaps the most well-known Swiss watch makers to familiarize themselves with the NBA and basketball are Hublot and Audemars Piguet. The latter has LeBron James as an Ambassador, and Hublot has investments in both players such as Dwyane Wade and Kobe Bryant, as well as working direction with certain teams such as being the official timekeeper of the Los Angeles Lakers and the Miami Heat.

Tissot has assured us that their relationship with the NBA is more than a mere marketing opportunity. According to their announcement, Tissot will work with the NBA to produce a new state-of-the-art timing system for games (which apparently will improve on the current timing system). Here is some more information from Tissot about their announcement as the first official timekeeper of the NBA:

This marks the first Official Timekeeping partnership for TISSOT with a major North American sports league and the largest partnership in the company’s history of more than 160 years. With the agreement, TISSOT adds to an already robust portfolio of international sports and sporting event partnerships.

TISSOT, the number one Swiss traditional watchmaker in terms of volume and a member of the Swatch Group – the world’s largest watch producer and distributor – will work with the NBA to develop a state-of-the-art integrated timing system. The new precision timekeeping system, inclusive of TISSOT-branded shot clocks, will be implemented across all 29 NBA arenas beginning with the 2016-17 NBA season.

“TISSOT is very proud to join the NBA and to be able to create a bond with the players and the fans,” said François Thiébaud, President of TISSOT. “The emotions and the spirit behind the sport will further translate into our products. Our daily work is to dress time. We create pieces of beauty and accuracy but above all of emotionality and that is what sport, and more particularly the NBA, is about.”

“In basketball every second – or even tenth of a second – can be critical, and this new partnership with TISSOT will bring state-of-the-art timing technology to every NBA arena,” said NBA Commissioner Adam Silver. “We are proud to partner with TISSOT, a world-class brand with a long history of developing innovative and dependable timekeeping systems.”

Additionally, the watch company will receive global league licensing rights for timepieces, watches, clocks, and watch accessories for all NBA teams. TISSOT will provide support for the partnership at its retail stores around the world.

As part of the partnership, TISSOT will make investments across all NBA teams and league broadcast partners. In addition, TISSOT and the NBA will partner on a global basis through events, marketing, media, and the launch new NBA-themed creative and advertising.