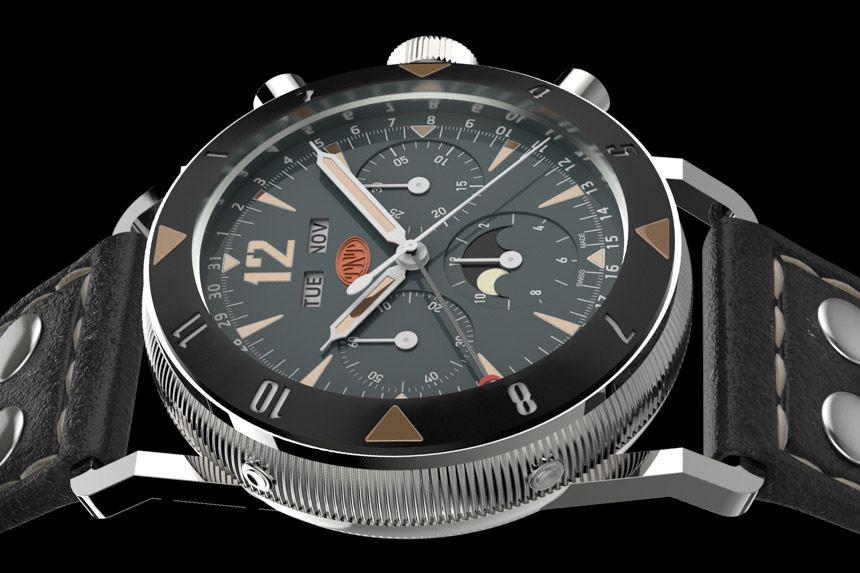 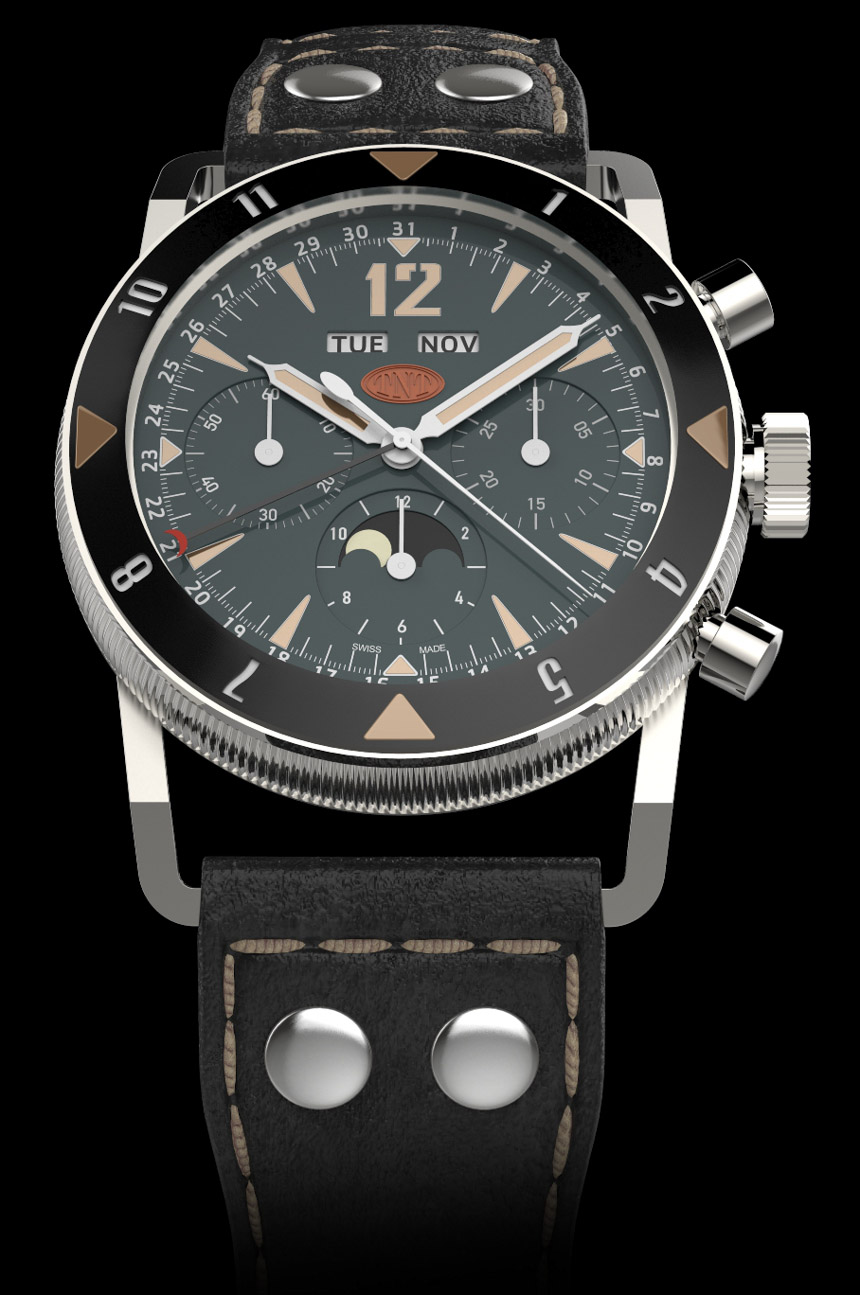 Torsten Nagengast is a German-born timepiece enthusiast who has crossed the line. And by “crossed the line,” I mean took the final step a watch enthusiast can take: from collecting fine timepieces to crafting them himself. Already lauded for his work on handmade projects featuring “reclaimed” historical movements as well as an impressive one-off Unique Repeater in 18K with diamonds, Nagengast is now preparing to launch his next timepiece, branded TNT (Torsten Nagengast Timepieces), as an affordable triple calendar moon phase chronograph to be called the Challenger Black Luna. This is a follow-up to the similar WatchUSeek Edition Rattrapante watch from September 2013 – that no doubt comes from the same person, but does not yet have the TNT branding.

Quite frankly, we get a lot of Press Releases from start-up watch brands attempting to stir media enthusiasm about their new wares. While we do our due diligence to investigate and report on them to you, our dear readers, very few of them often generate much real excitement from the aBlogtoWatch team. The Challenger Black Luna, on the other hand, did just that – because it is something innovative that we have never seen before. And for that matter, neither has anyone else.

Although we are yet to receive one in the metal to put through its paces and provide an in-depth, hands-on review, the concept, design renderings and technical specs alone were enough to blow up my skirt. Here’s why: 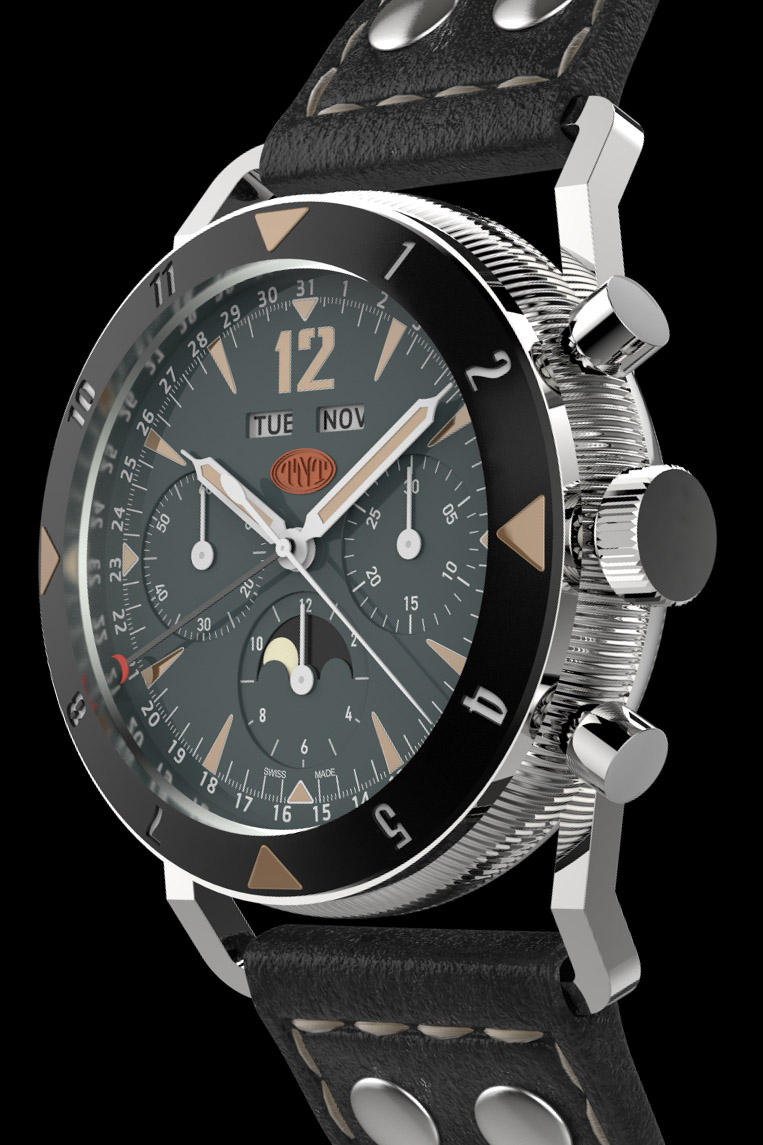 With the Black Luna, Nagengast strove to produce a completely unique timepiece utilizing a few classic design cues coupled with a workhorse movement modified to offer complications never before executed in a budget timepiece (more on that later). The business model follows a slightly Kickstarter-esque framework, in that the pieces have been designed ahead of time, with manufacturing partners already in place, but production will not commence until most of the 85 planned timepieces get a deposit in place. Deliveries are planned for the end of Quarter 1, 2014.

The Black Luna shares its basic case design with another limited production project: The Challenger Rattrapante, which was produced in a short run of 75 units for members of the Watchuseek Forum. The case is set to be 43mm in diameter, 54mm lug to lug, and 16mm in thickness, crafted from 316L steel. Unique features include coin-edge detailing along the sides of the case, with angular fixed lugs protruding from the bottom edge. Unlike the bullhead-design Rattrapante, the Luna has its chronograph pushers located at the traditional 2:00 and 4:00 positions, with the crown set at 3:00.

The dial will be offered in black, silver, and “blueberry”, and features a triple subsidiary dial layout, with recessed chronograph registers at 3,6, and 9. (30 Minute, 12 Hour, and Subsidiary Seconds, respectively). The 6:00 register also features a Moonphase function with Super Luminova Moon… more »