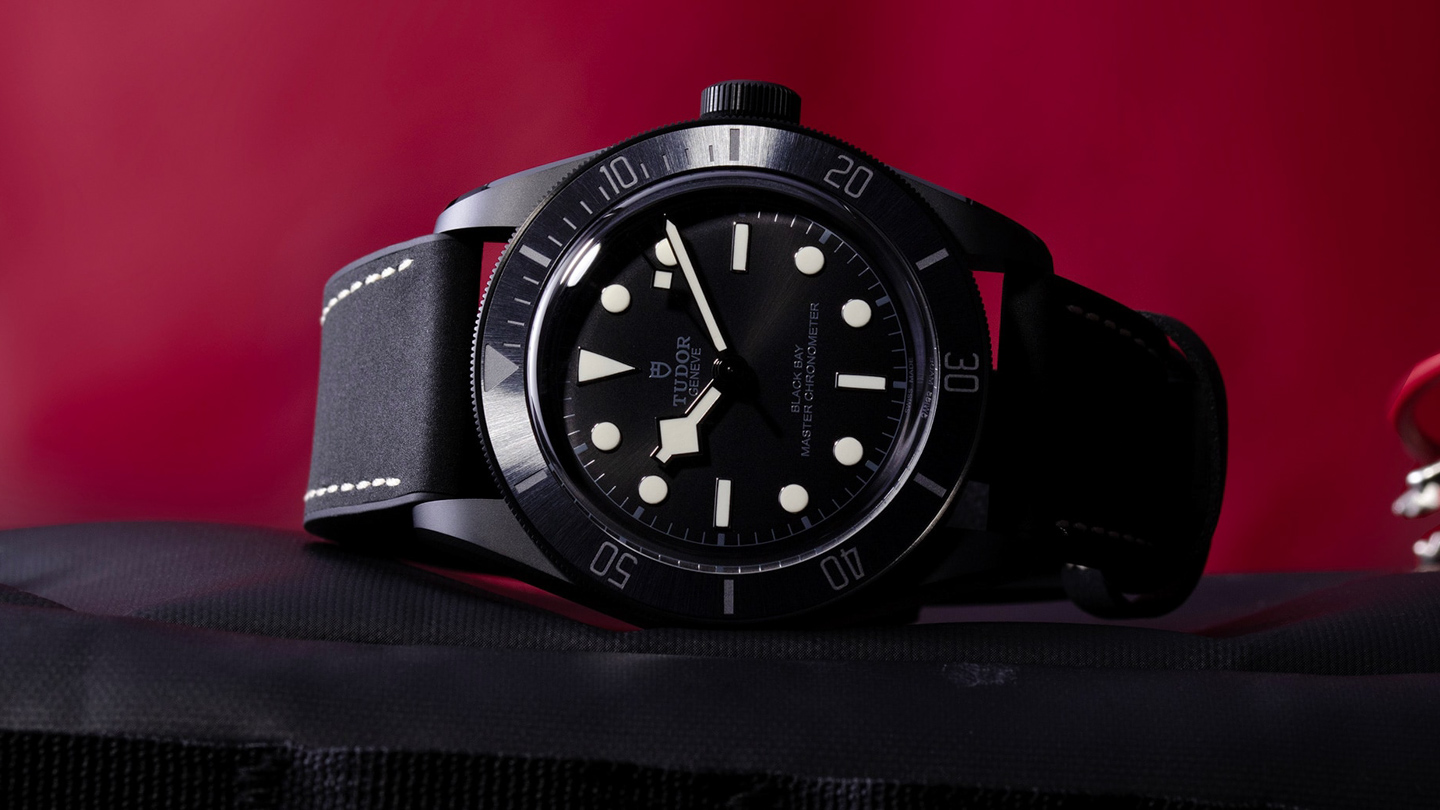 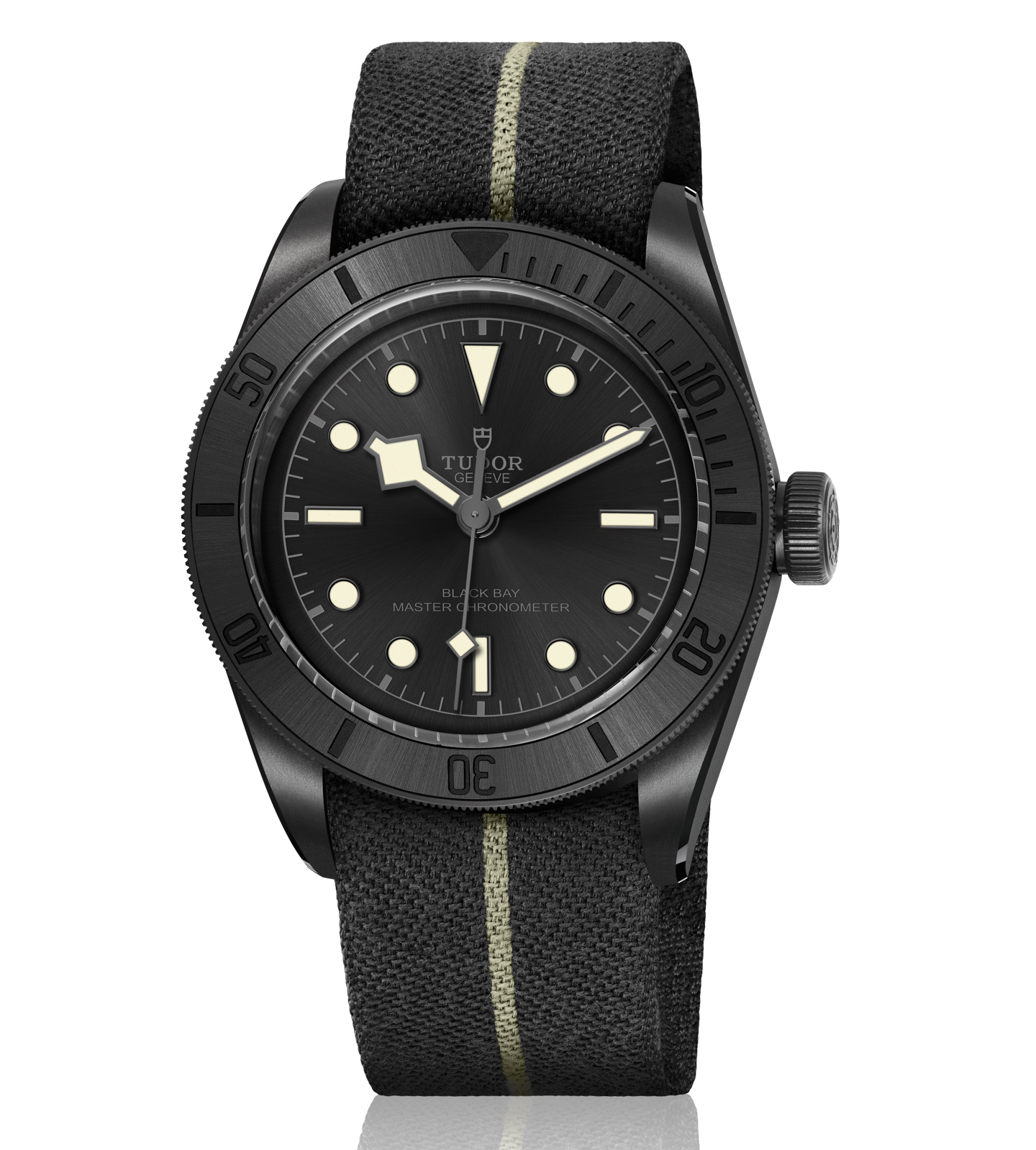 Swiss Tudor watches has joined the growing list of contemporary watchmakers to engage in mid-year releases, as opposed to the traditional practice of debuting all watches at one point during the year. Just last month at Watches & Wonders 2021, Tudor released the majority of its new-for-2021 timepieces, but the new Tudor Black Bay Ceramic reference M79210CNU-0001 comes about a month later as an additional fresh product for this year — with more than just a skin-deep story.

The big news for watch hobbyists isn’t actually that Tudor has released another ceramic (or black) watch. Indeed, this is the first time the popular Black Bay collection has received a ceramic-cased (versus metal) option, but Tudor has produced other matte-black ceramic watches before (such as the Tudor Fastrider Black Shield). Instead, the big news today is that this is the first Tudor watch to have a movement that has a Master Chronometer certification.. and accompanying labeling on the dial. 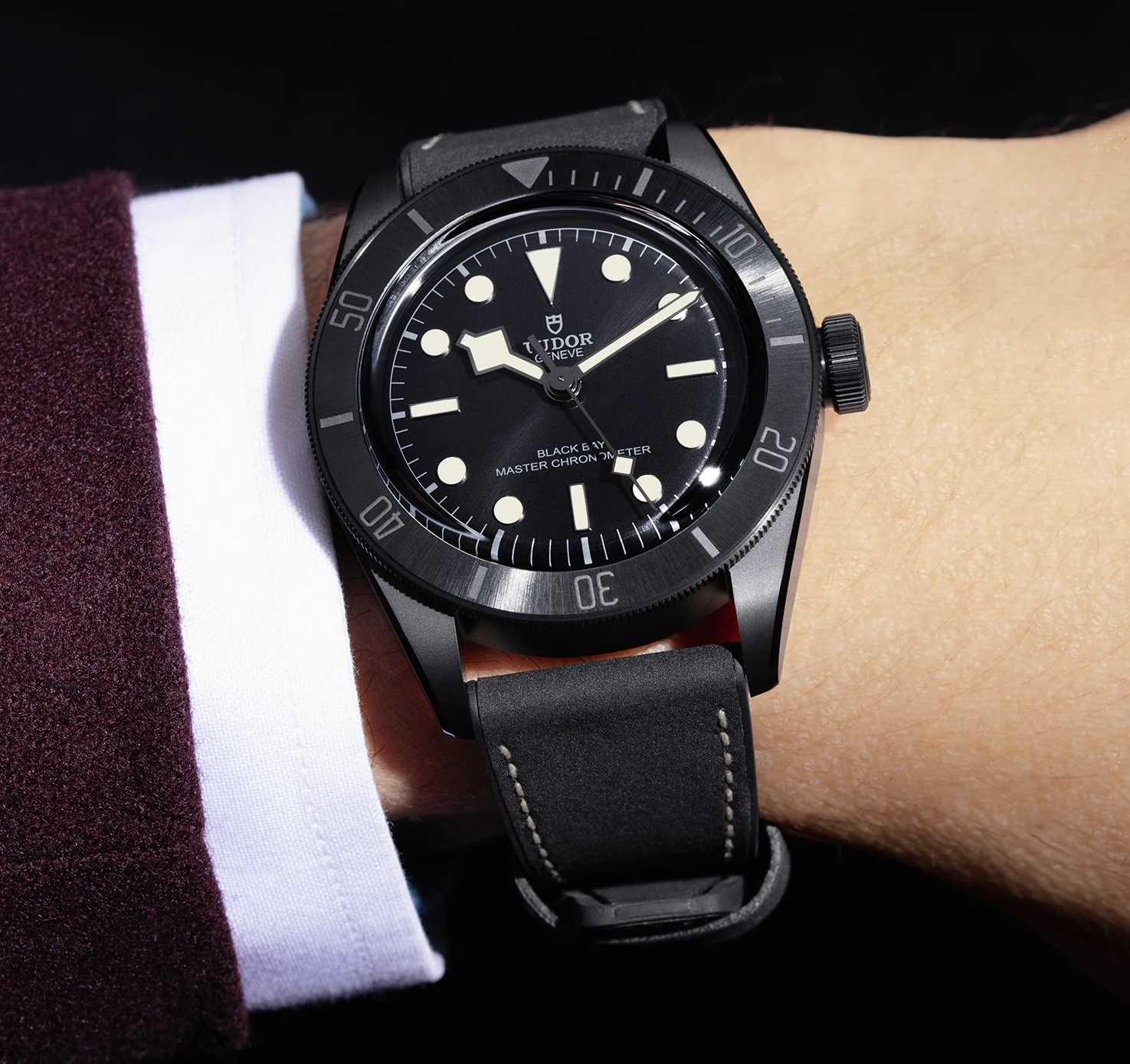 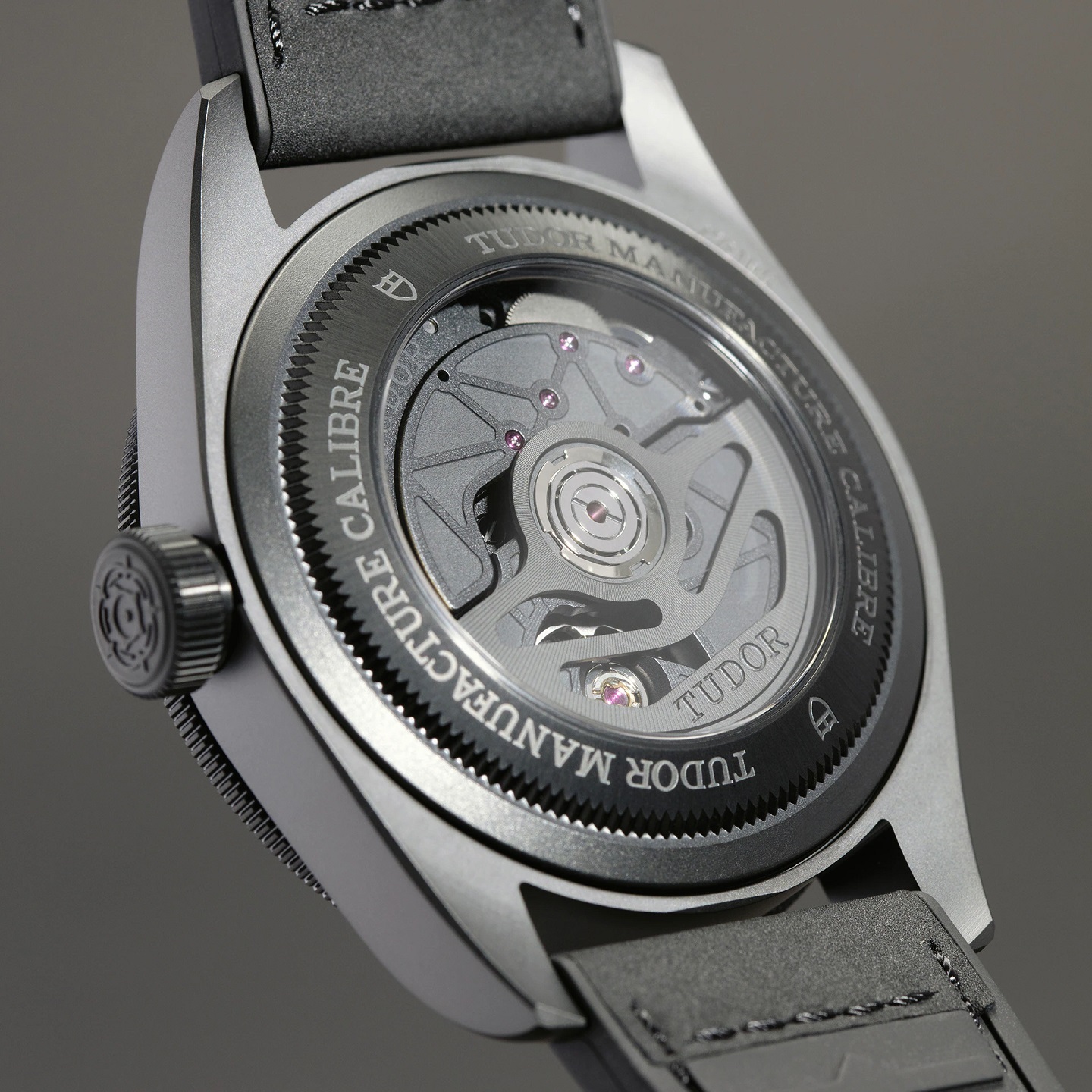 Until now, only Swiss Omega watches had movements that were METAS-certified with the “Master Chronometer” designation. To learn more about Master Chronometers and METAS-certification, see our extensive aBlogtoWatch article here. METAS is a standard for wristwatch movement and case performance that was developed by Omega and the Swiss government office for measures and standards. METAS even has an office within the Omega manufacture, and it did come up with the Master Chronometer name. With that said, the standard was never meant to be exclusive to Omega and anyone making Swiss Made watches could apply to have its watches “Master Chronometer” (a term owned by METAS and not Omega) certified. Now Tudor has joined Omega in offering Master Chronometer-certified movements, and the 2021 Black Bay Ceramic is the first watch with a movement to do so, and according to Tudor, the certifying process is done via lab Tudor set up at their offices in Geneva.

This connection to the world of Omega might have some watch hobbyists referring to the Black Bay Ceramic as the “Dark Side Of The Bay,”  riffing on the Omega Speedmaster “Dark Side Of The Moon” watch that was also in all-black ceramic. We shall see how the social media watch collector community reacts, in due course. It is true that little about the Black Bay Ceramic design feels unique. That said, Tudor (like Omega) has found a lot of success in coming out with new flavors of its most popular products. With the Black Bay still being Tudor’s most popular timepiece collection, it makes sense to introduce this new mechanical movement designation in Black Bay that is just different enough from existing models to get consumer attention. 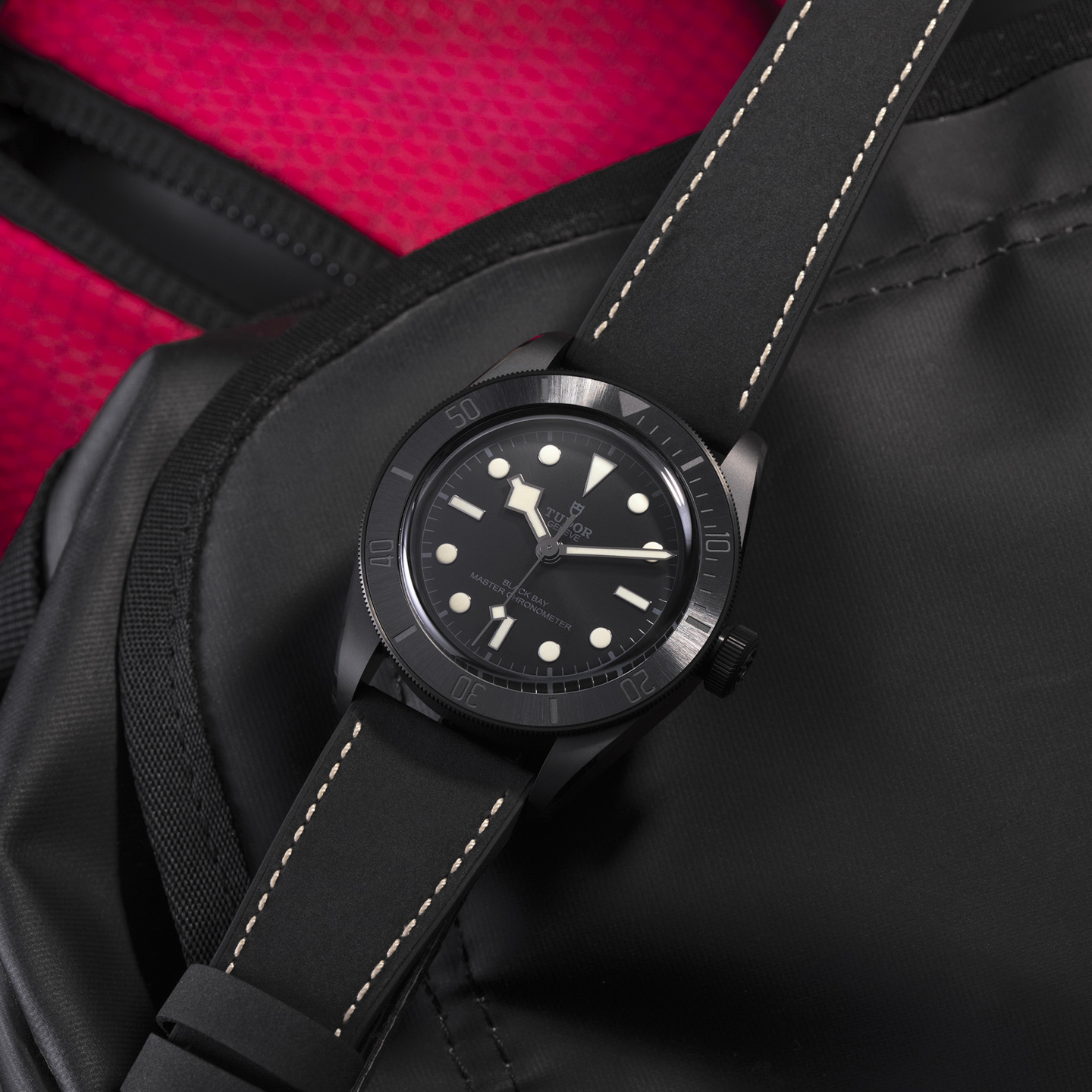 The Tudor Black Bay Ceramic watch itself comes in a 41mm-wide (14.4mm-thick) matte-black ceramic case with a PVD-coated black steel bezel that has a black ceramic insert. The entirely symmetrical dial has no date and just a clean, classic Black Bay face with cream/tan-colored lume for the hands and hour markers. The case is water-resistant to 200 meters and finally has a sapphire exhibition window on the caseback with a view of the movement.

Attached to the watch is a “hybrid” leather and rubber black strap (with stitching that matches the dial tones) that is leather on the outside with a rubber inner segment, as well as a matching nylon fabric NATO-style strap (that I think most people will prefer to wear the Black Bay Ceramic watch on). In form and function, the Black Bay Ceramic appears to be the same dimensions as the other 41mm-wide Black Bay watches, case for the case material, colors, caseback window, and the movement certification. 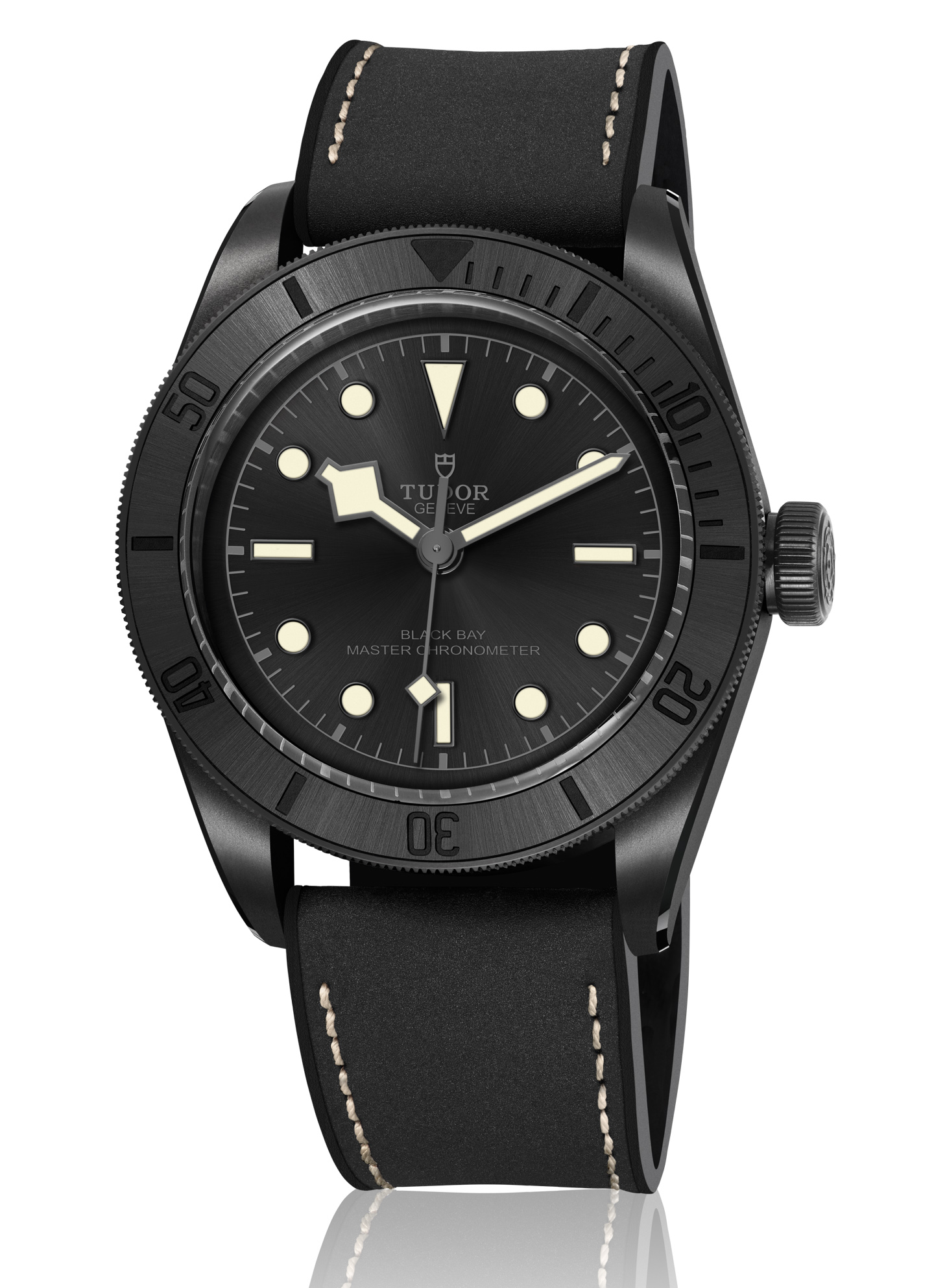 Inside the Black Bay Ceramic is the Tudor-manufactured caliber MT5602-1U automatic movement. The movement is finished with a black color tone in order to match the overall black-theme of the watch, and it is really nice to see it through the caseback of course. The movement features a silicon escapement, operates at 4Hz, and has a power reserve of about 70 hours. It also now has a METAS certification, AKA the “Master Chronometer” designation.

Unlike COSC Chronometer designation, METAS requires testing the movement inside of the watch (as opposed to the movement outside of the watch), as well as a number of other performance metrics include water resistance, and anti-magnetism. METAS was important back when it was first implemented a few years ago because, for the first time, it required that watches certified under it be resistant to 15,000 Gauss of magnetic force. The MT5602-1U gets its magnetic resistance not from magnetic shielding but rather from being naturally amagnetic (meaning it doesn’t use parts that are ferrous and thus subject to magnetic attraction) — for example, the use of a silicon hairspring. Tudor has told aBlogtoWatch that while the movement architecture is similar to non-METAS MT5602 movements, the caliber MT5602 uses a number of “technical changes” which for the time being are considered a trade secret.

Anti-magnetism is a hot topic among major watchmakers as they try to rally around this durability/performance feature as a new way of getting consumers interested in modern watch movements. In fact, just a few days ago on aBlogtoWatch, we discussed why watchmakers are big on anti-magnetism right now.  While magnets are cool, the concept of wrist watch anti-magnetism is not as sexy as it might otherwise be with a bit more public awareness. The reality is that during our daily lives (and not just for people who spend time near MRI machines), our mechanical wristwatches can be subject to a number of magnetic fields. Weak magnetic fields can merely negatively affect the timing performance of your wristwatch. Stronger magnetic fields can actually magnetize parts of traditional wristwatch movements that contain potentially magnetized parts. This can either totally break a mechanical movement or it can really harm performance. While demagnetizing a wristwatch movement isn’t hard, it is something that a watchmaker needs to do. So, having a wristwatch that is more or less impervious to magnetism is a legitimate functional benefit for buyers and, indeed, a fresh reason to once again get excited about old technology.

METAS-certified movements are actually also COSC Chronometer-certified, then tested more thoroughly after that. (Tudor has answered some questions on this topic and made it clear that there is no relationship with The Swatch Group or Omega here, and that the METAS testing happens in-house where Tudor watches are made). On the one hand, Omega might be supportive because now Tudor (same company family as Rolex) is validating a technology it heavily invested in, or it might be feeling threatened because an important part of its “brand vocabulary” is now being used by a close competitor. 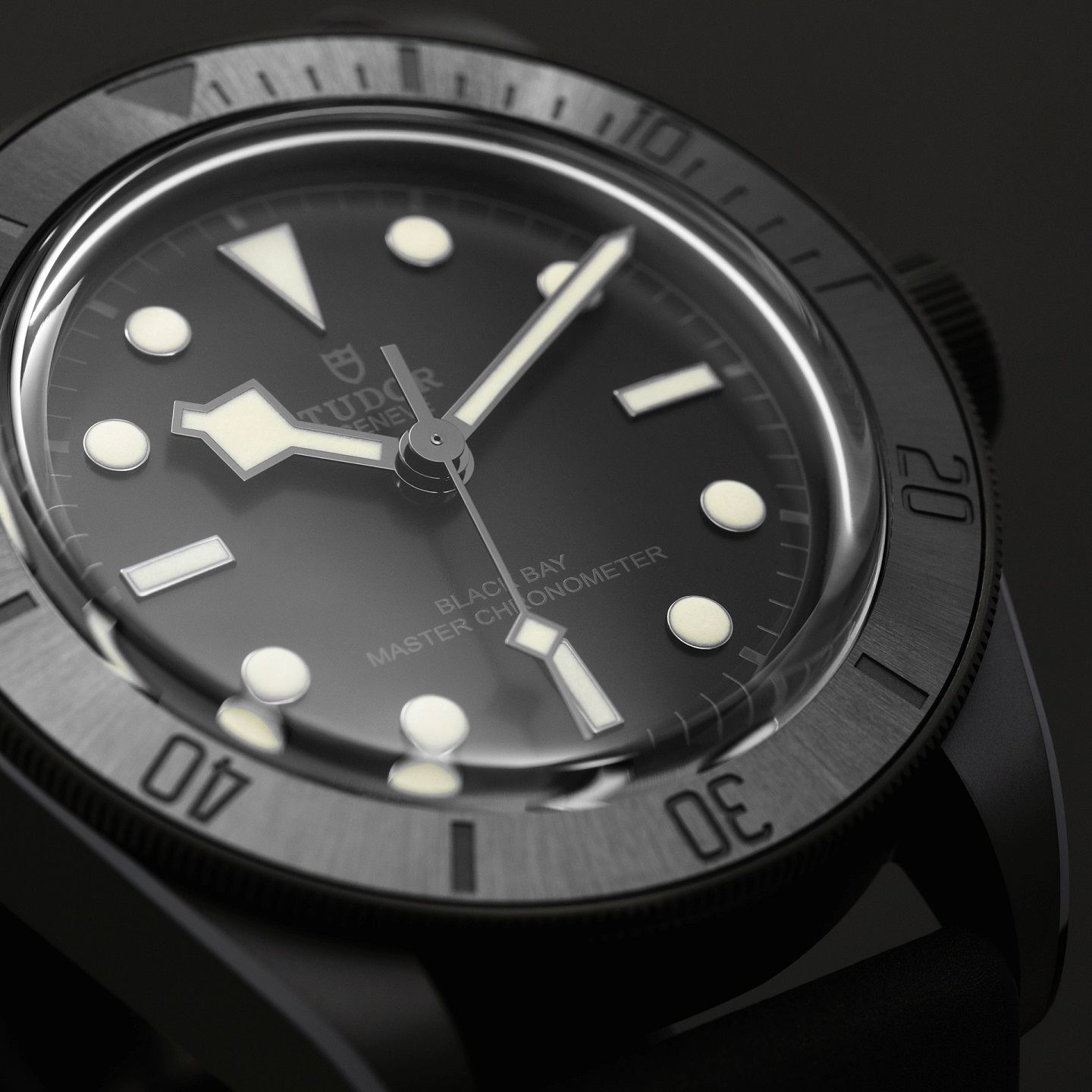 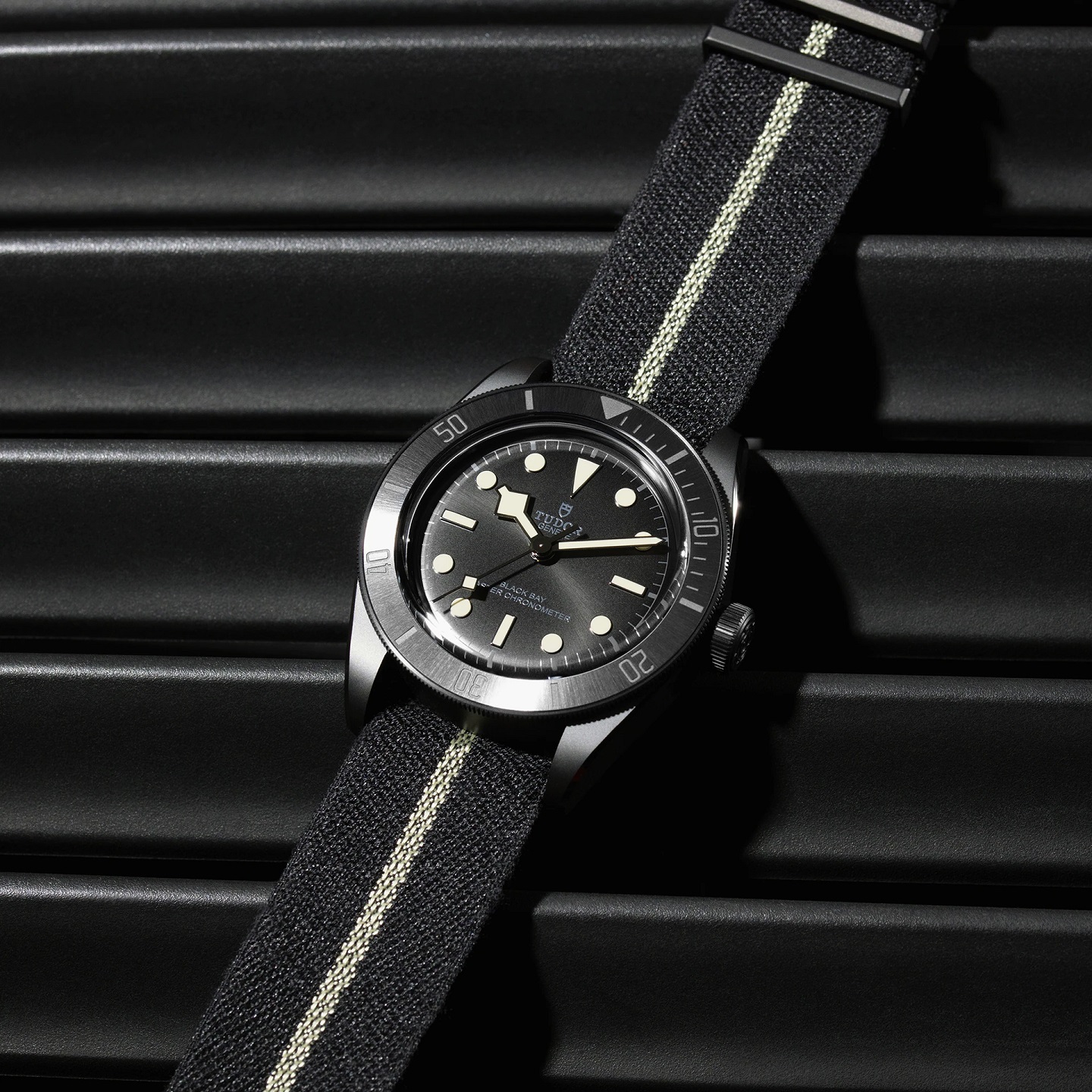 You’ll further notice that the MT5602-1U movement inside the Tudor Black Bay Ceramic is very close to the MT5602 Tudor uses in most other Black Bay watches. The implication for me is that Tudor didn’t need to come out with entirely novel movements for its watches to pass METAS certification. Moving forward, I expect to see more and more new Tudor watches with “Master Chronometer” on the dial. Tudor has not given any specific details about the future when it comes to more Master Chronometer watches, but it did disclose to aBlogtoWatch that it has the ability to turn any of its in-house made movements into those which can pass METAS certification standards.