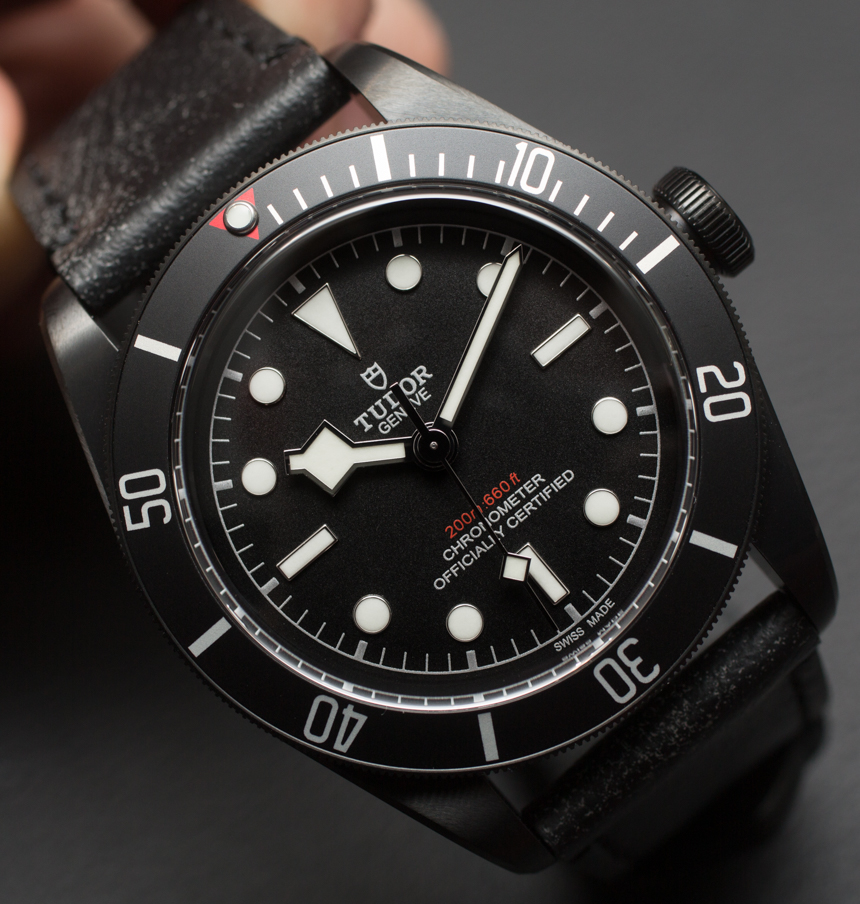 For Baselworld 2016, Tudor has released some lust-worthy pieces from their Heritage Black Bay line, like the all-new Bronze model (hands-on here) and this all-black Tudor Heritage Black Bay Dark watch which also has the brand-new in-house MT5602 movement. Brooding, cool looks and this in-house movement are going to make this watch one of the standout pieces this year not just for Tudor, but for Baselworld releases. 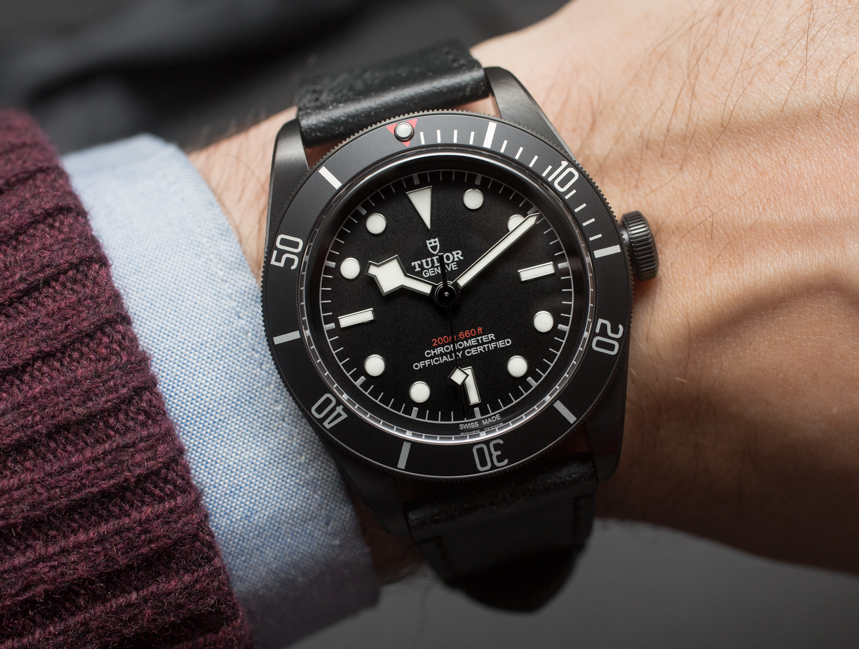 The Tudor Heritage Black Bay lineup has previously featured the ETA 2824, which is a good and solid movement that does not have the same sort of cachet that an in-house movement would carry with it. So, Tudor decided to up the ante and create their own movement, the MT5602. Along with carrying that in-house designation, the COSC-certified movement operates at 4Hz (28,800bph), and manages to tuck in a very respectable 70-hour power reserve. 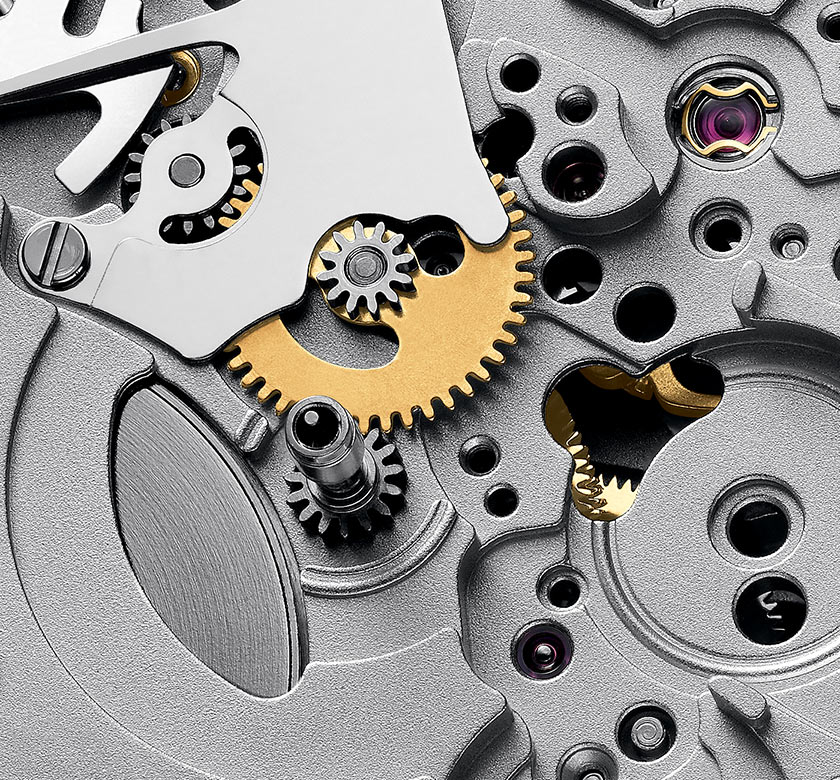 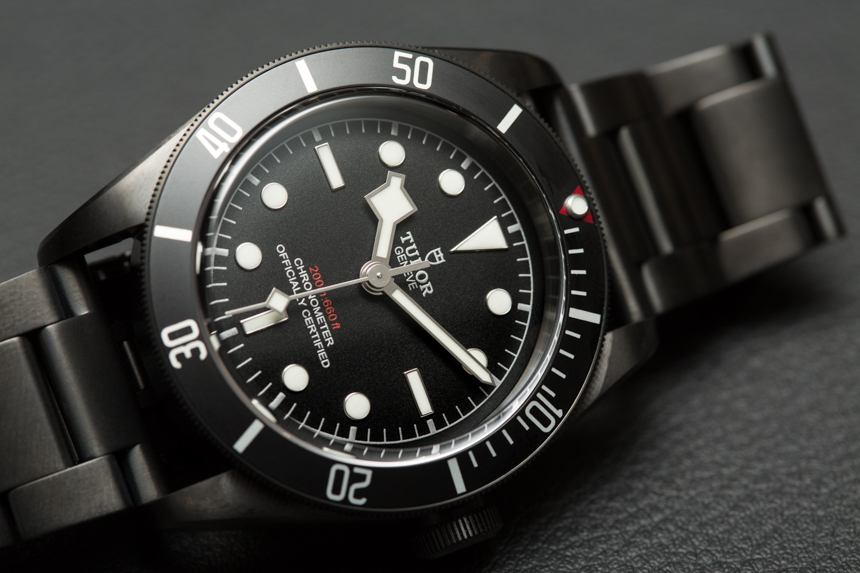 The new movement is tucked away into the 41mm PVD and satin-finished case of the Tudor Heritage Black Bay Dark, which looks just as solid as ever while retaining the Tudor cool. On the whole, the vintage looks are certainly there – for me, this is most prevalent in the aluminum bezel insert, with the lumed pip set into a red triangle. Pair that up with the domed sapphire crystal, and you have the makings of the sort of watch that has grabbed my attention and not let go, as it’s likely done with more than a few of you. Then again, this sort of stealthed-out look manages to do the exact opposite of what it’s name would suggest, and actually draws plenty of attention. 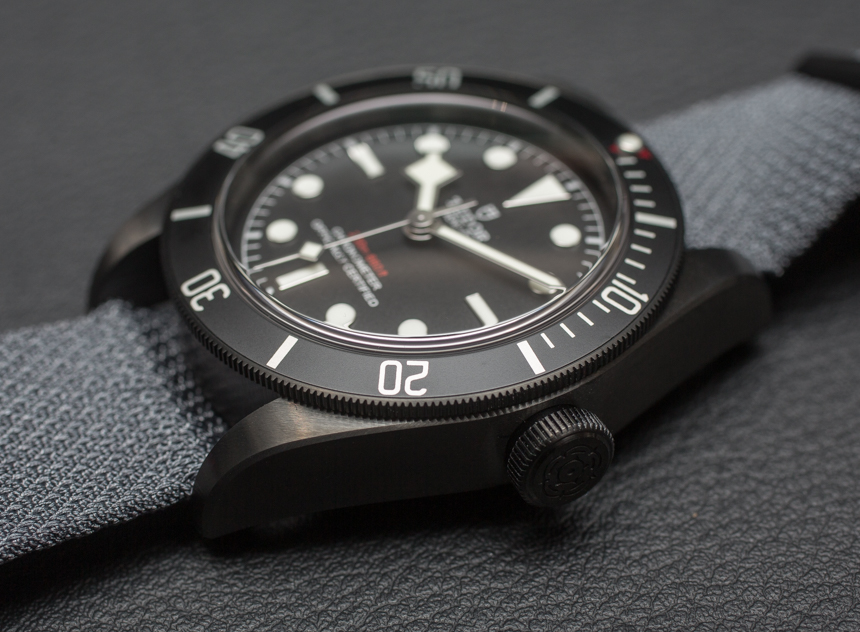 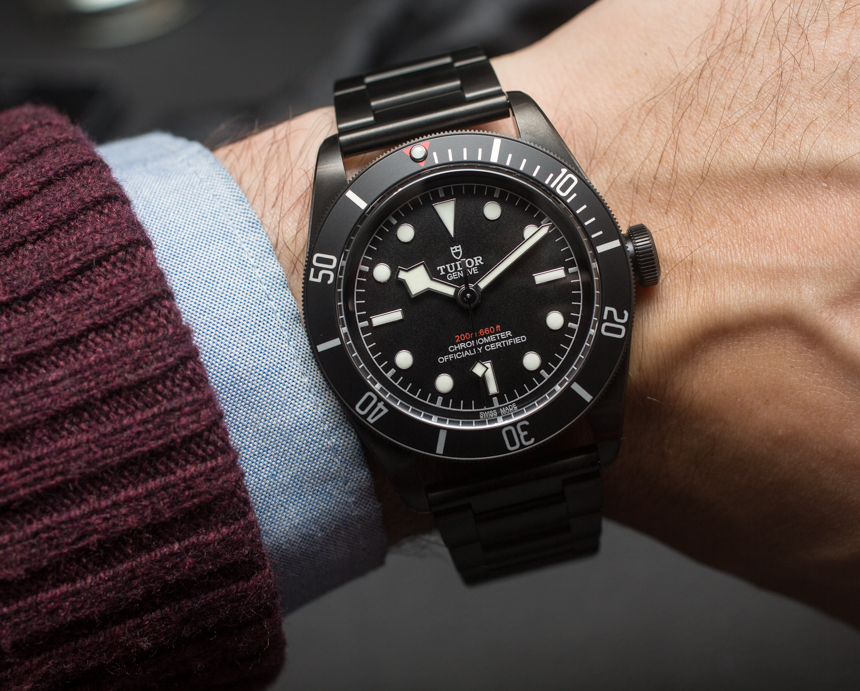 I will say, I am thankful that the Tudor Heritage Black Bay Dark resisted the temptation that so many brands have to make a watch like this have “dark lume.” No, here, Tudor hewed closely to keeping things very legible, with the lumed indices and snowflake handset standing out in crisp, sharp relief against that black dial. In other words, you can remember that the Tudor Heritage Black Bay Dark is indeed a tool watch, complete with the 200m water resistance rating. 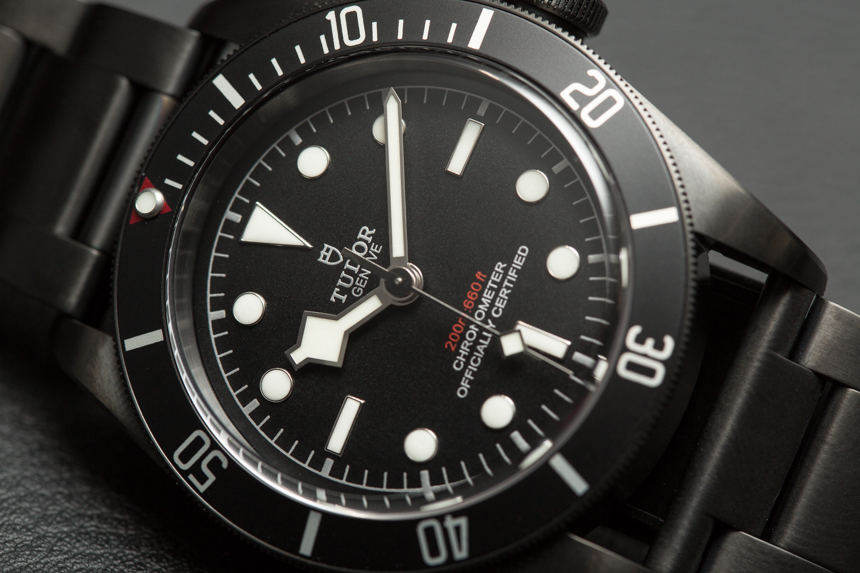 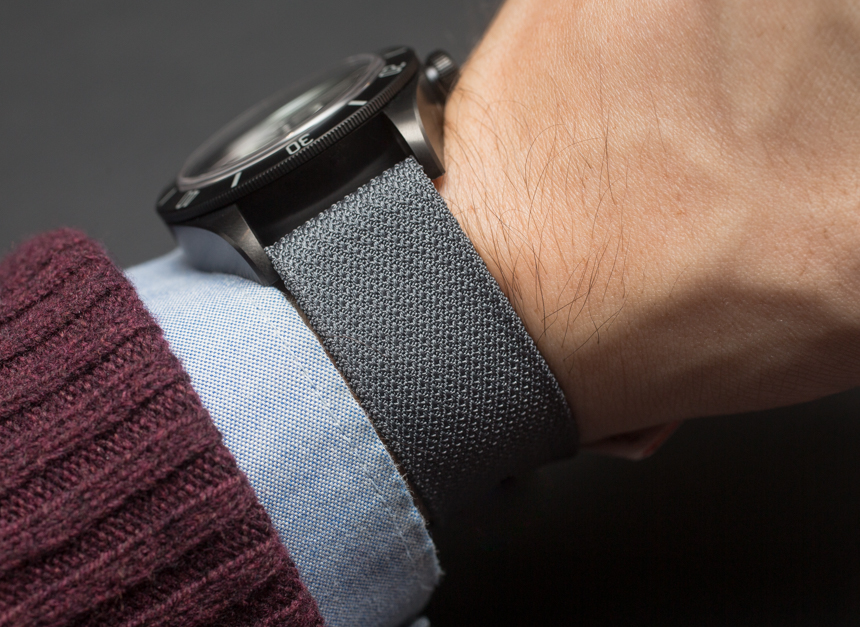 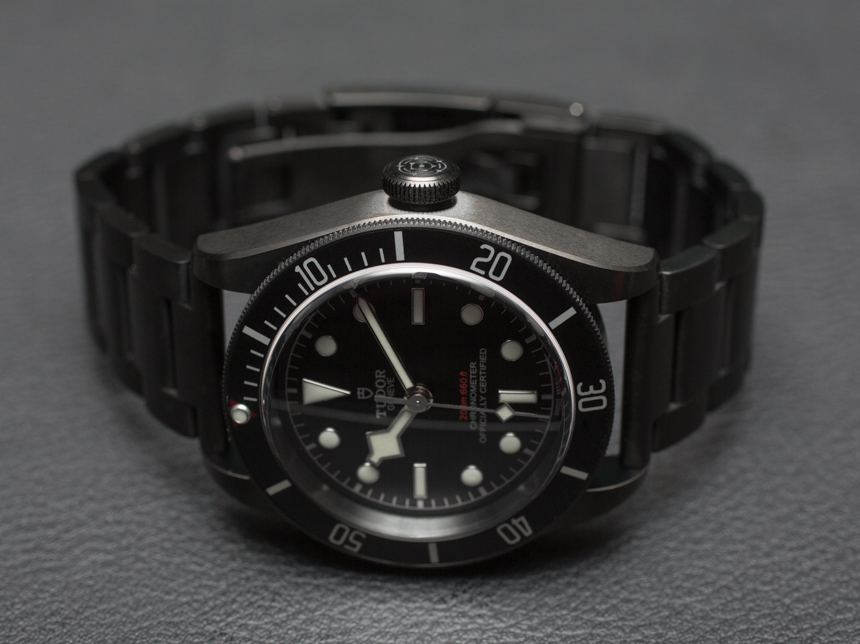 For as much as there is to like about the Tudor Heritage Black Bay Dark, their attention to little things like the engraved rose on the crown just resonate with me even though there’s no rose on the dial which is good or bad depending on your preference. That being said, there is one glaring thing that I am frankly surprised by. That is the omission of solid endlinks for the bracelet. I’m sure the bracelet is just fine, and there won’t be any problems with the interface to the lugs. With the absense of those solid endlinks, though, it just feels sort of incomplete. Almost like the Tudor Heritage Black Bay Dark was only intended to have textile or synthetic straps, and not a bracelet. Or, hey, even if this were a mesh bracelet, I’d be good with those end links. With a three-link steel bracelet, though – and on this sort of robust watch – that gap between bracelet and case edge becomes ever-widening in my mind. 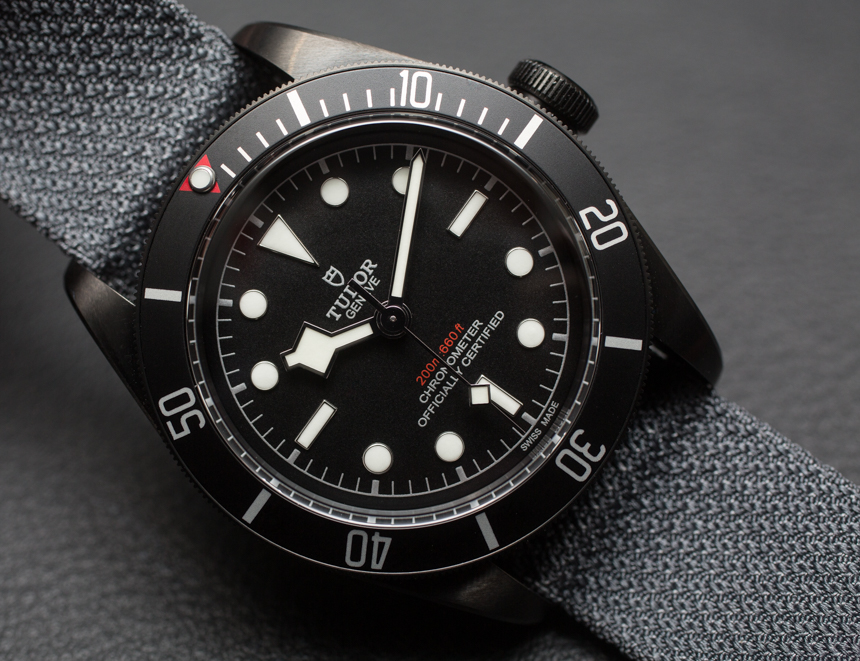 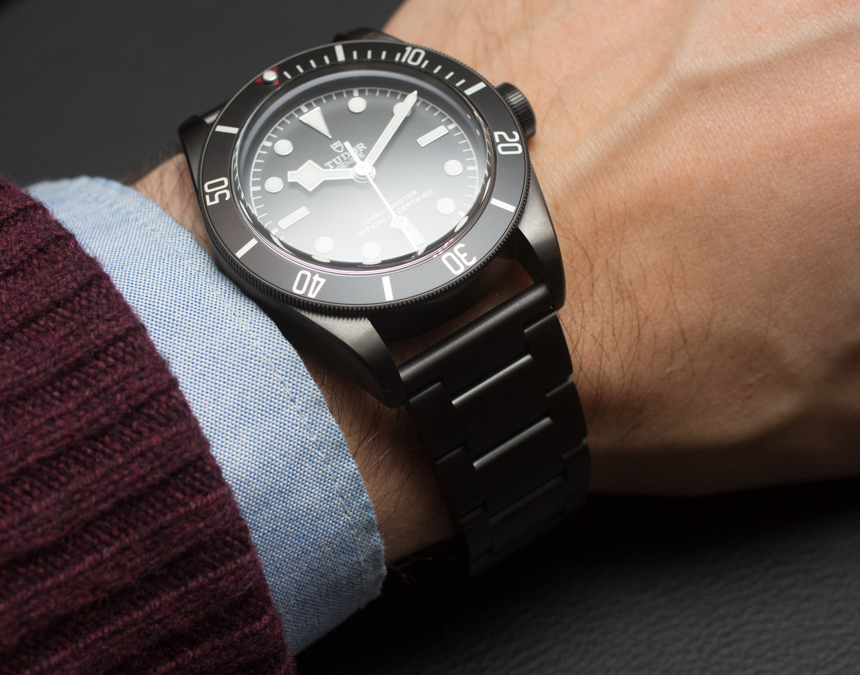 If you are like me, you could easily rectify this by popping the Tudor Heritage Black Bay Dark onto the included fabric strap, or instead opt for the aged leather strap (you still get the fabric one as a bonus) rather than the bracelet. Or, you know, pop it on to any aftermarket strap option you run across. The aftermarket is one place I will be curious to see if solid endlinks come out for the bracelet, as I am certain I cannot be the only one who would prefer to see those there. I’d much rather the Tudor factory bracelet came with the end links, though. Again, maybe many or most will either be happier with the straps or not mind the endlink issue, but perhaps it is a testament to Tudor’s perfectionism and attention to detail that when that one aspect is missing, I can’t help but linger on it. 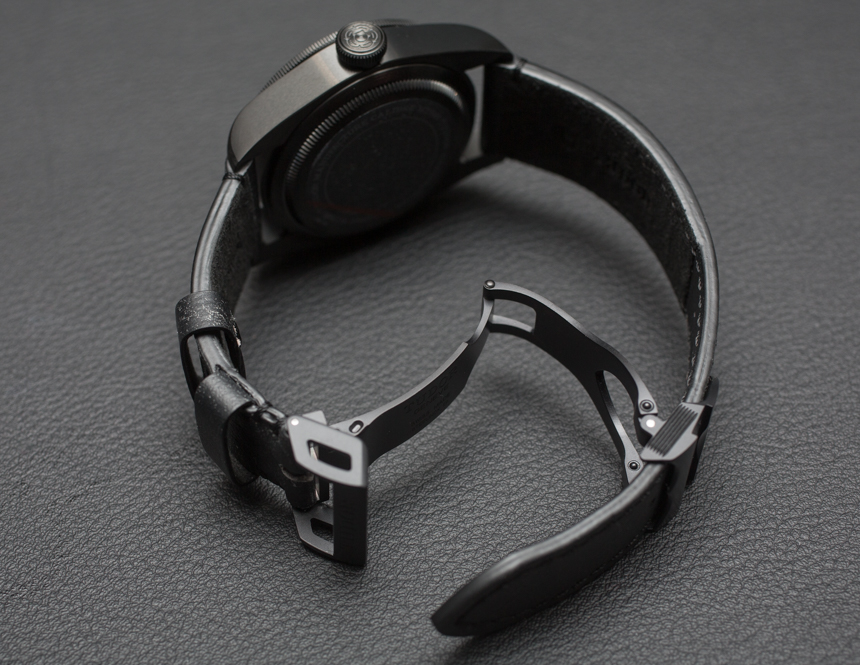 Tudor is one of the most talked-about watch brands out there, and now that they’re upping their game with an in-house movement, they will only draw in more people. Their latest, stealthy Tudor Heritage Black Bay Dark will be available at a price of $4,150 on the strap and $4,475 on the bracelet. tudorwatch.com