Mind-reading watch buyers and a brand’s fanbase can be difficult — we won’t imply it’s easy for Tudor, but it can always lean on yet another vintage-inspired release to please a considerable portion of its customers. Enter the 39mm-wide Tudor Ranger 79950, a tool watch launched in celebration of the 70th anniversary of the British North Greenland Expedition that Tudor Oyster Prince watches were part of back in 1952. 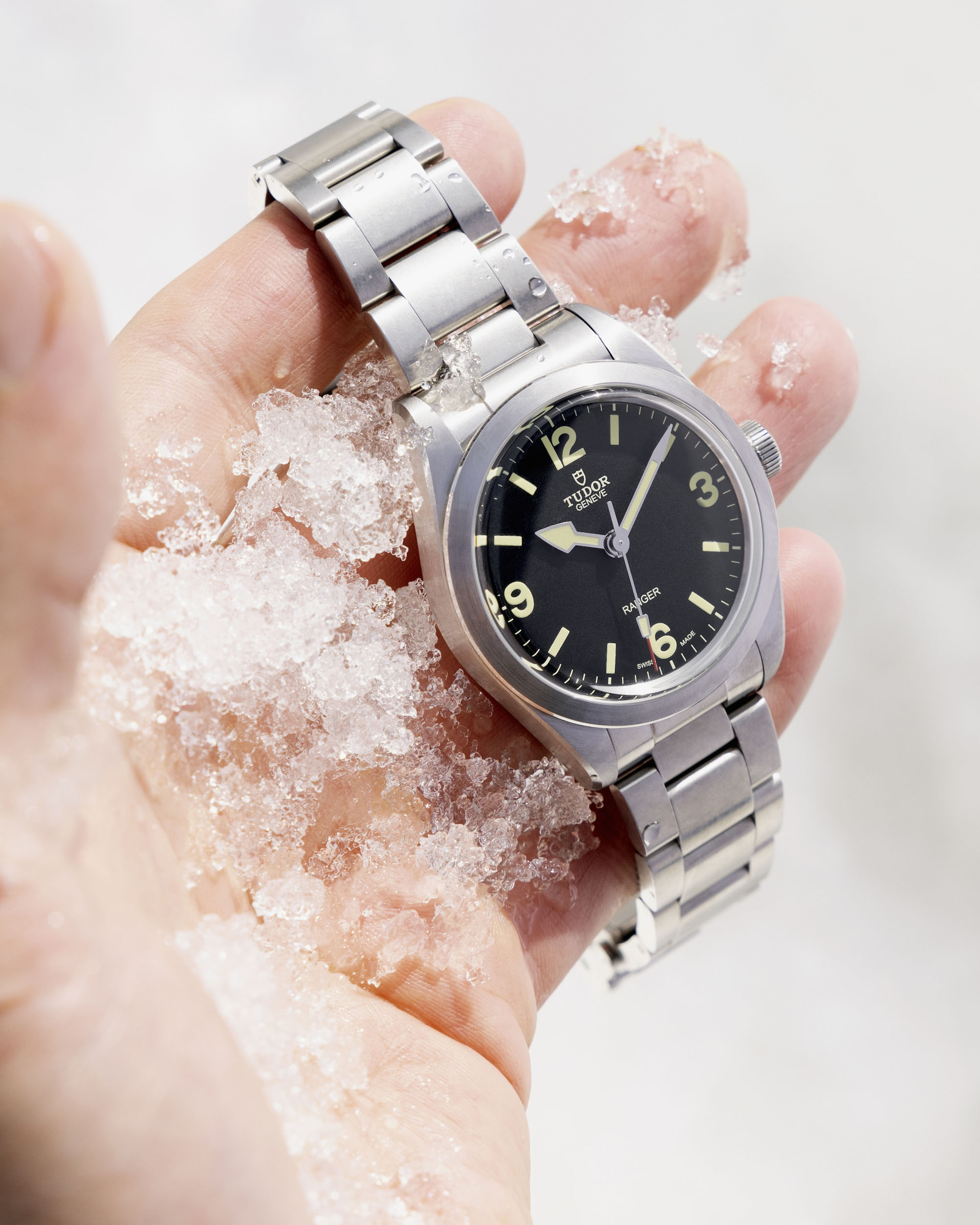 When Tudor launched the Oyster Prince 70 years ago, it looked for ways to demonstrate its robustness and, among a variety of ads depicting the watch worn and used under demanding circumstances, it thought best to outfit a team of explorers of, you guessed it, the ice cap of northern Greenland. With the support of Queen Elizabeth II and Winston Churchill, a 30-strong team set out for this major undertaking of the time. They were equipped with the Oyster Prince, the brand’s first waterproof and self-winding model it wanted to gather performance data on — and what better way to do that than an adventurous, two-year expedition? 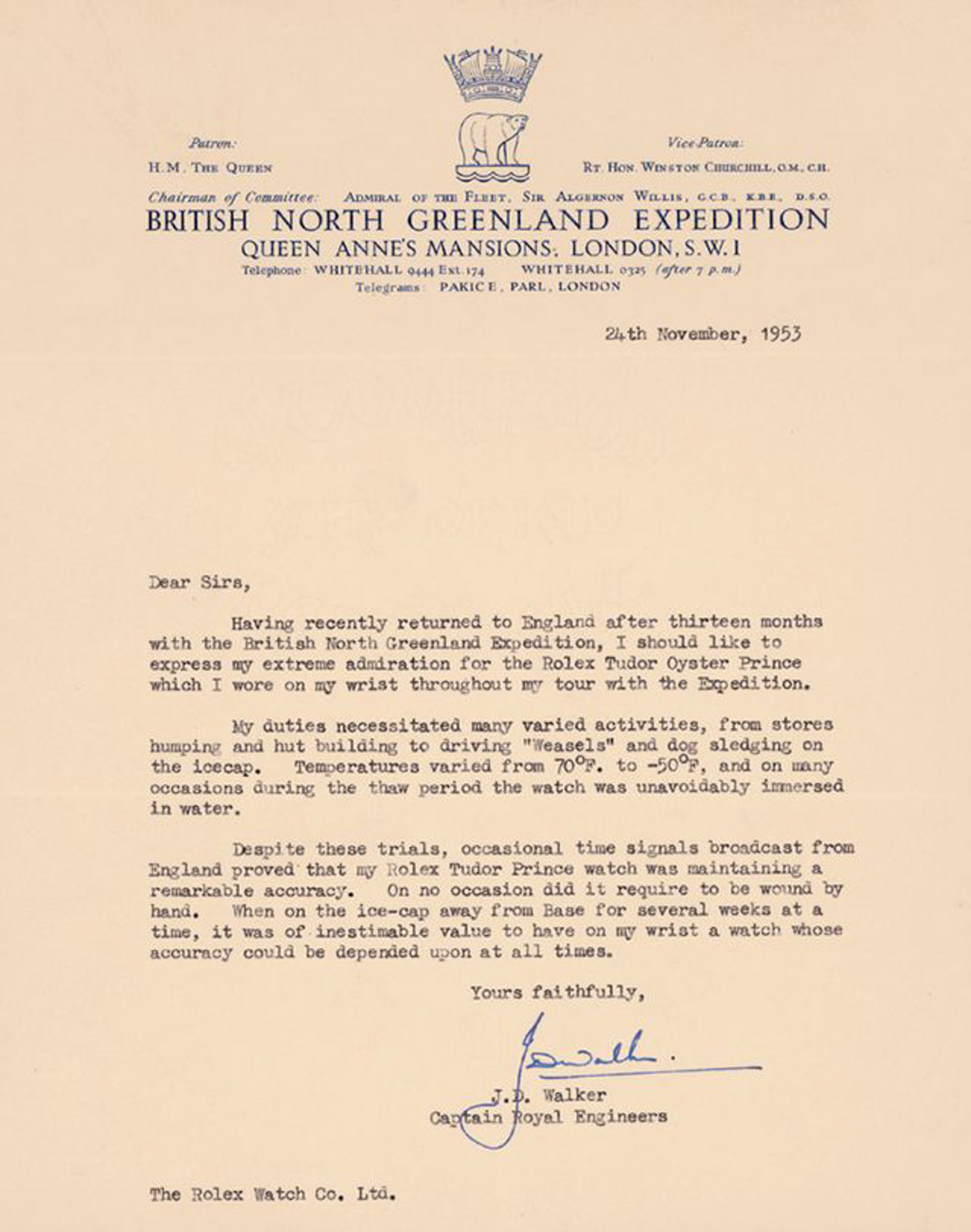 A letter praising the performance of a Tudor watch by one of the expedition’s participants, dated 1953. Source: Tudor

Tudor is quick to clarify: “The history of the Ranger name dates back much further than the British North Greenland Expedition.” It was actually registered by Hans Wilsdorf, the founder of Rolex and Tudor, in 1929, just three years after registering the “The Tudor” trademark. “Although the Tudor watches used by its members from 1952 to 1954 never bore this inscription on their dials, subsequent Ranger models have perpetuated the concept of the expedition watch born at Tudor during this time. That of a robust, practical, and affordable instrument.” This is not unlike the story of the Rolex Explorer — a common misconception is that an Explorer was worn during the first recorded conquest of Mount Everest, even though the Explorer collection was inspired by, and therefore came after it. 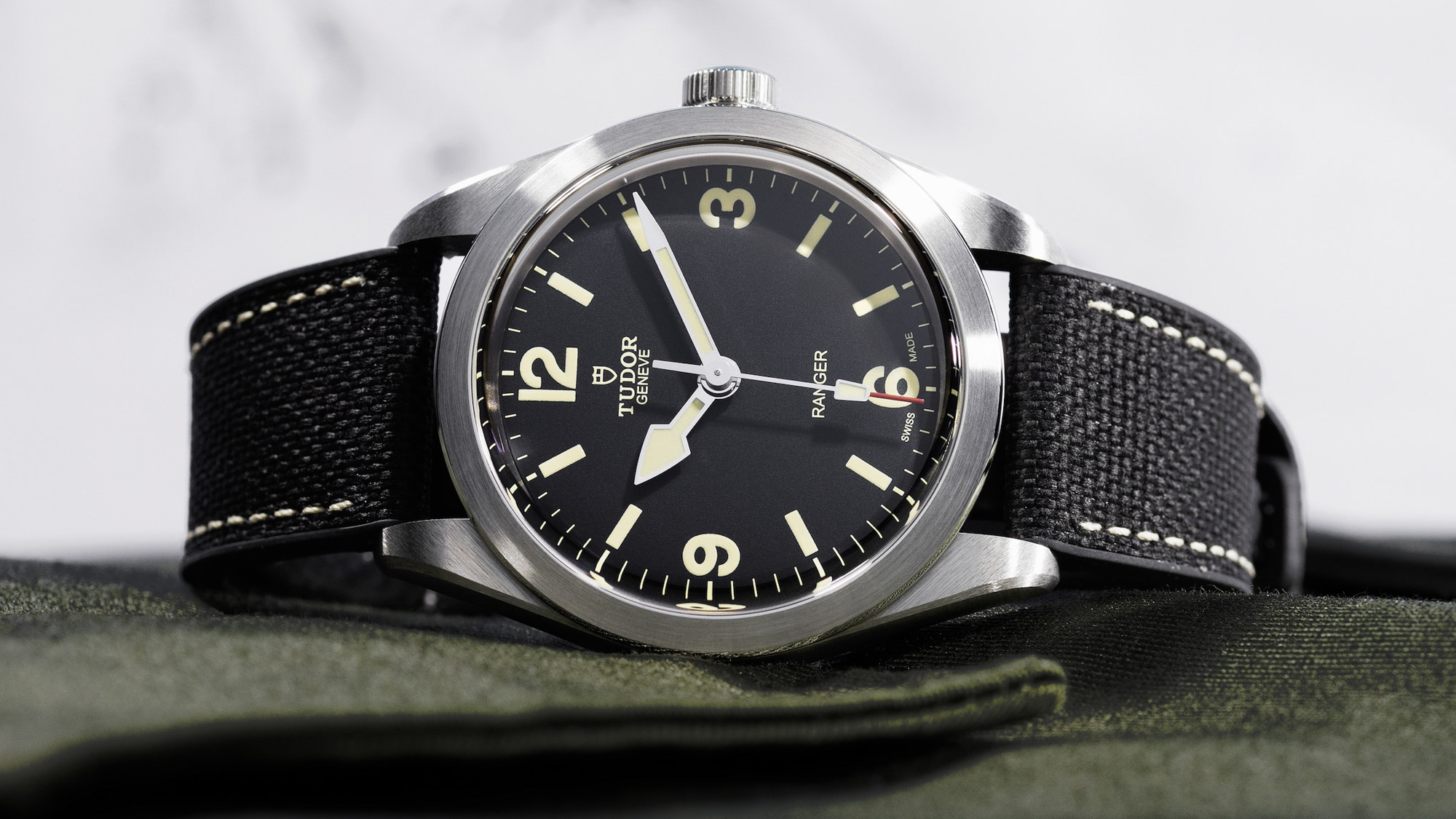 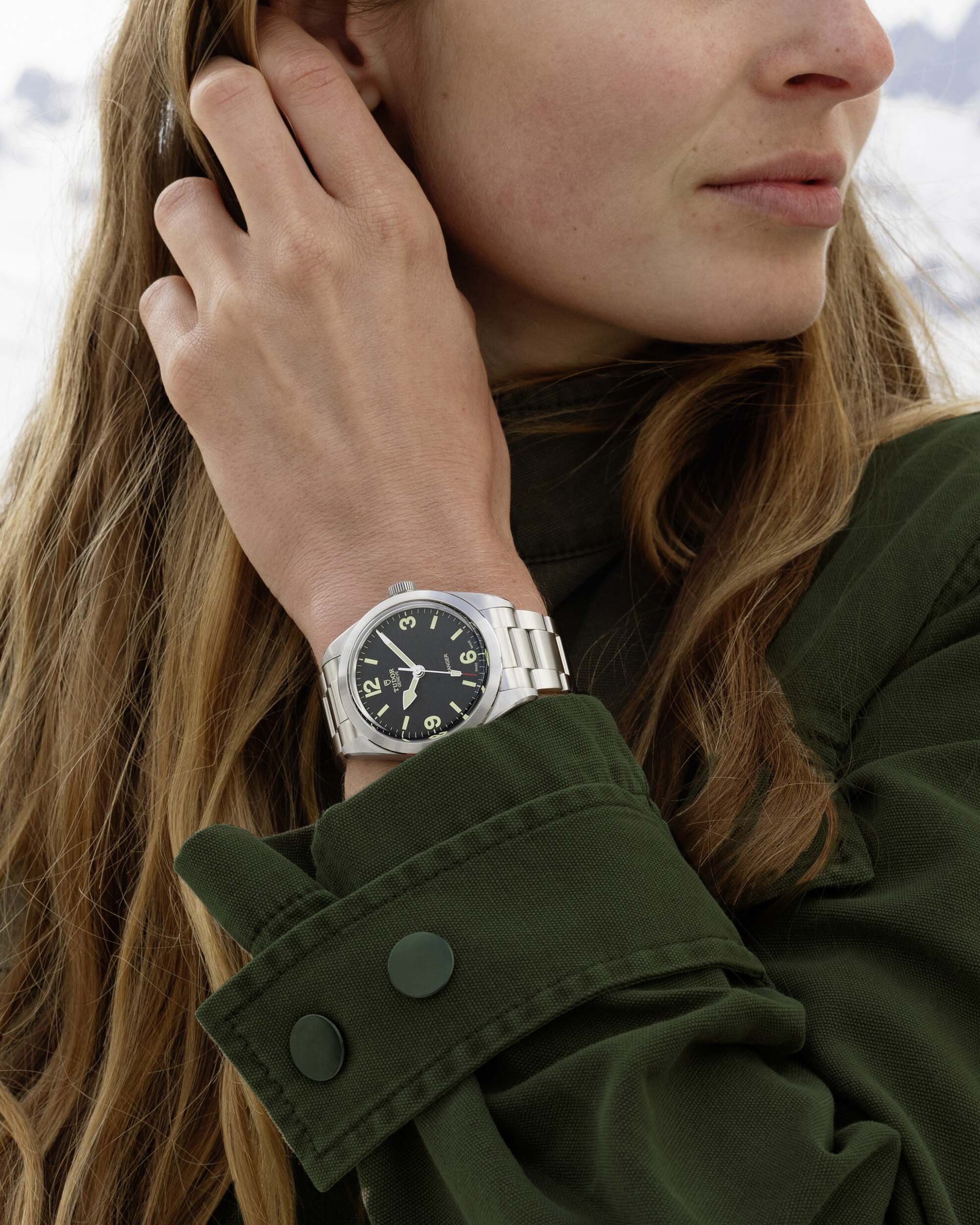 Anyhow, new Tudor Ranger 79950 watches will likely be purchased not by horological historians, but by fellow watch enthusiasts looking for a robust, comfortable, and beautifully made Swiss watch, powered by an in-house movement, and presented in a timeless case size at an affordable price. Those familiar with Tudor’s past number of years will expect what we are about to say: The Tudor Ranger 79950 promises to be all those things. 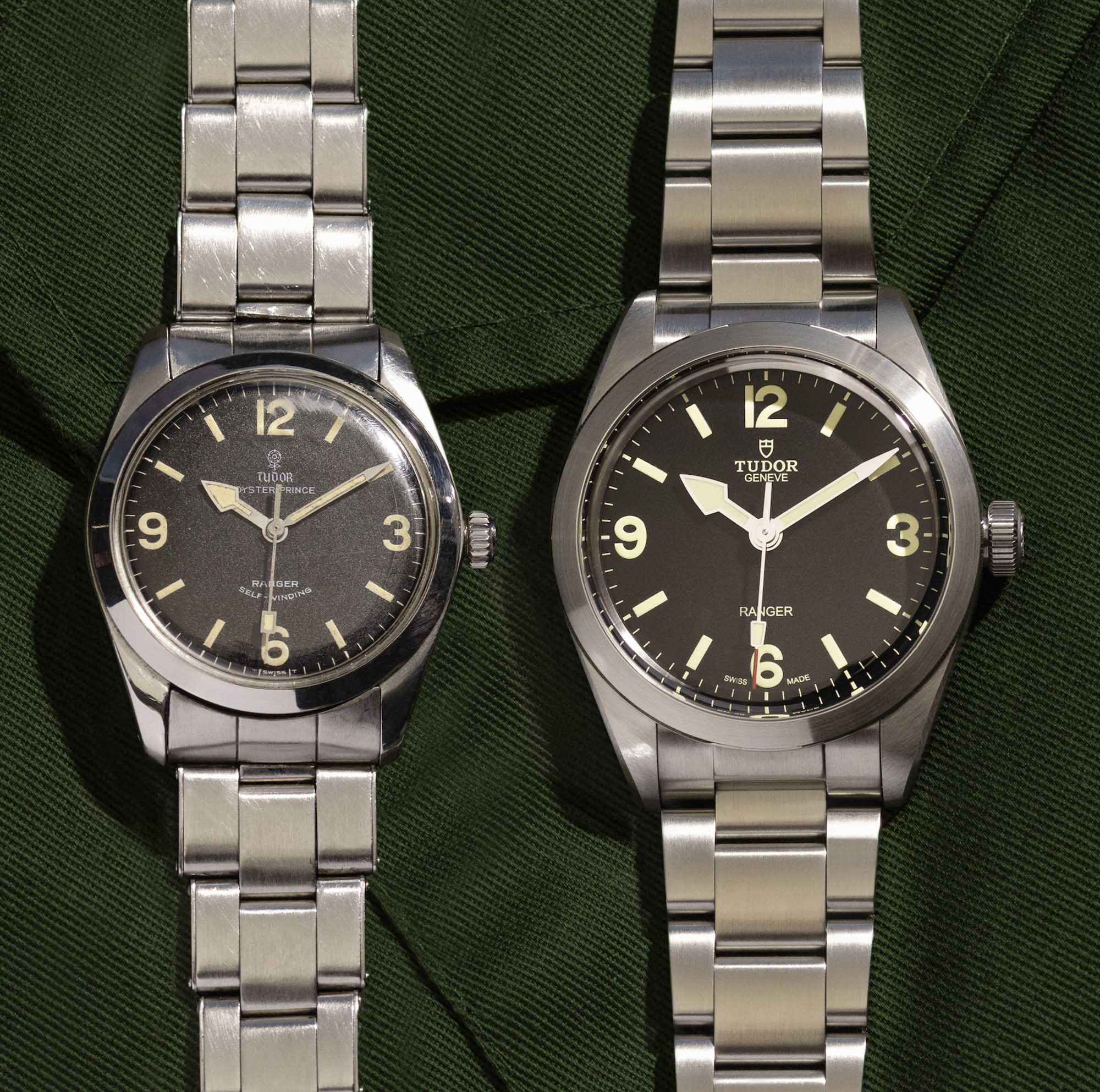 For the time being, the Tudor Ranger 79950 is available exclusively in stainless steel, with a case diameter of 39mm. This comes a year after Rolex discontinued the 39mm version of its Explorer I, a watch that shares some similarities with the new Ranger. So, if you want a 39mm Explorer-style watch, Tudor is here to fill that gap in Rolex’s current lineup. Tudor has yet to specify the case thickness, an important element to the comfort and proportions of a watch. What we know is that the Black Bay Fifty-Eight, equipped with the same caliber and a taller bezel, measures 11.9mm in thickness. The new Ranger is waterproof to 100m (330ft) and has a screw-down crown for complete peace of mind.

As we said, the Tudor Ranger 79950 is powered by Manufacture Calibre MT5402, a thoroughly modern timekeeper that combines an extended 70-hour power reserve with 4Hz operating frequency, a non-magnetic silicon balance spring, and, of course, a COSC chronometer certification and a bidirectional self-winding system. All that, and it still comes in at just 5mm-thick. This is a lot of horological performance and one of the strongest offers in this sub-$3,000 segment. 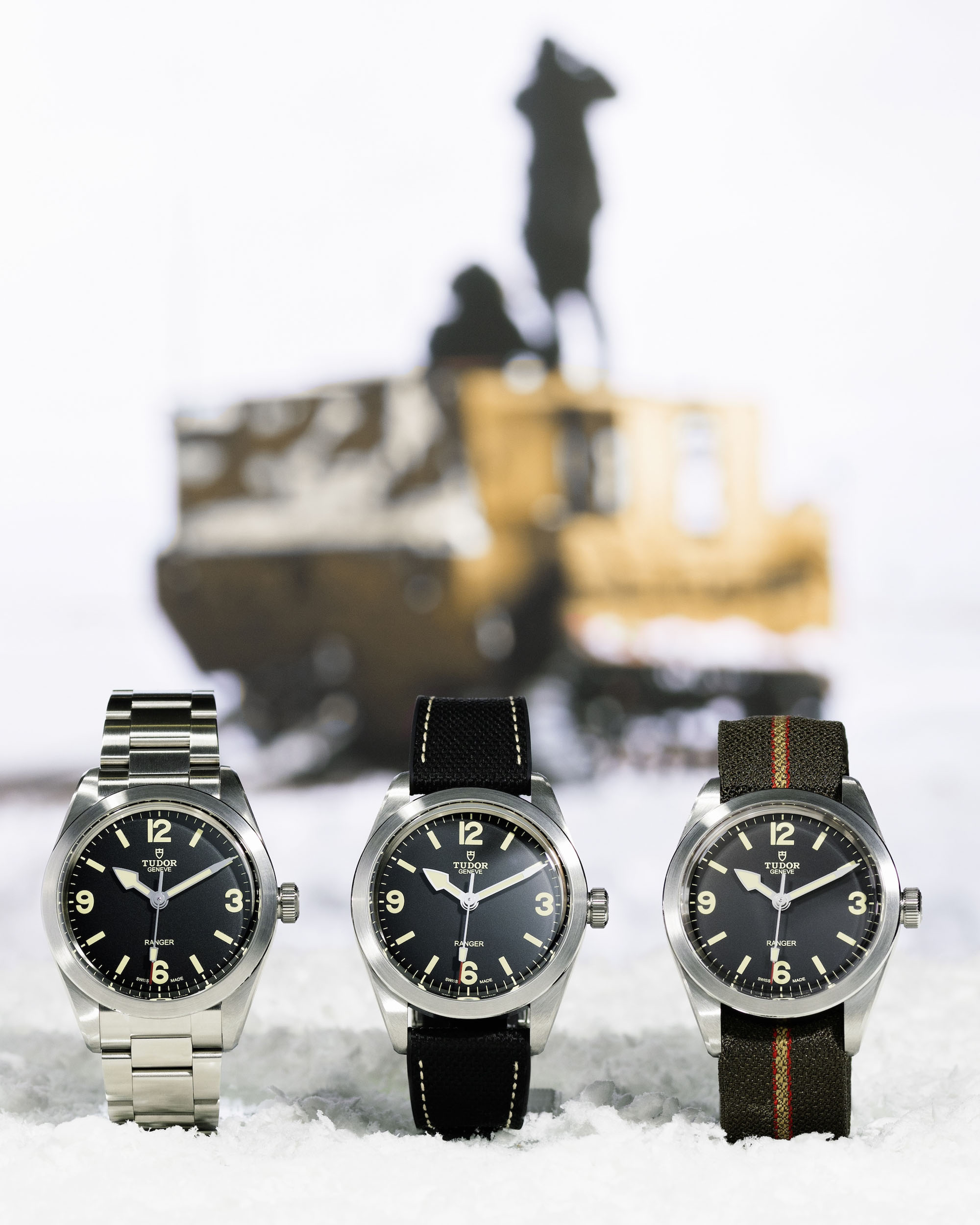 The Tudor Ranger 79950 is available in three slightly different configurations, limited to the choice of strap or bracelet. There is a 316L steel bracelet with three links and a folding clasp with the T-fit safety catch, a rubber-leather hybrid strap with a folding clasp and steel safety catch, or a green fabric strap with red and beige stripes, secured by a buckle. Given that the price difference is just $300, we recommend getting the new Ranger on the steel bracelet – the cost of sourcing this component after purchase tends to be much higher than this premium. 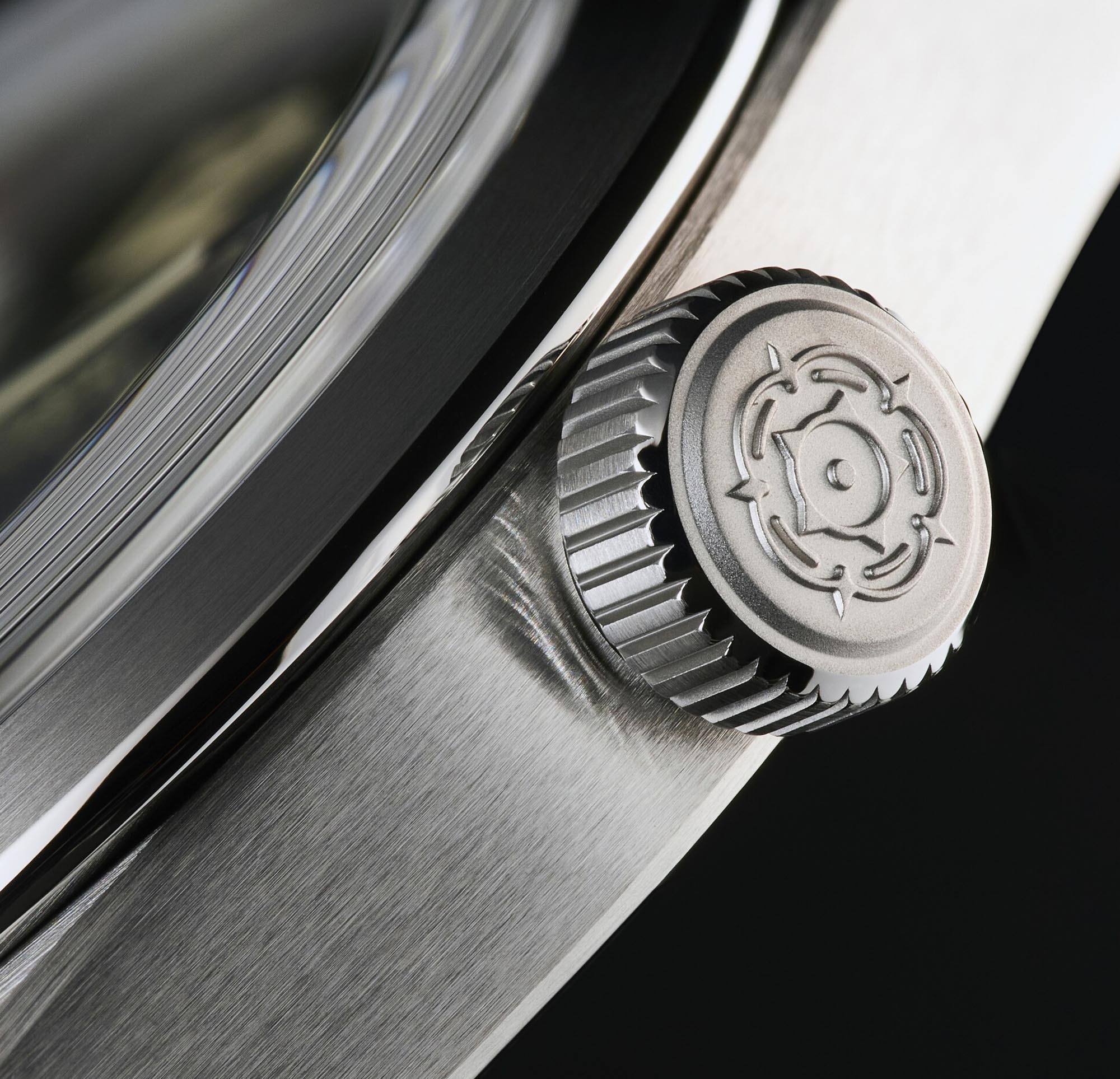 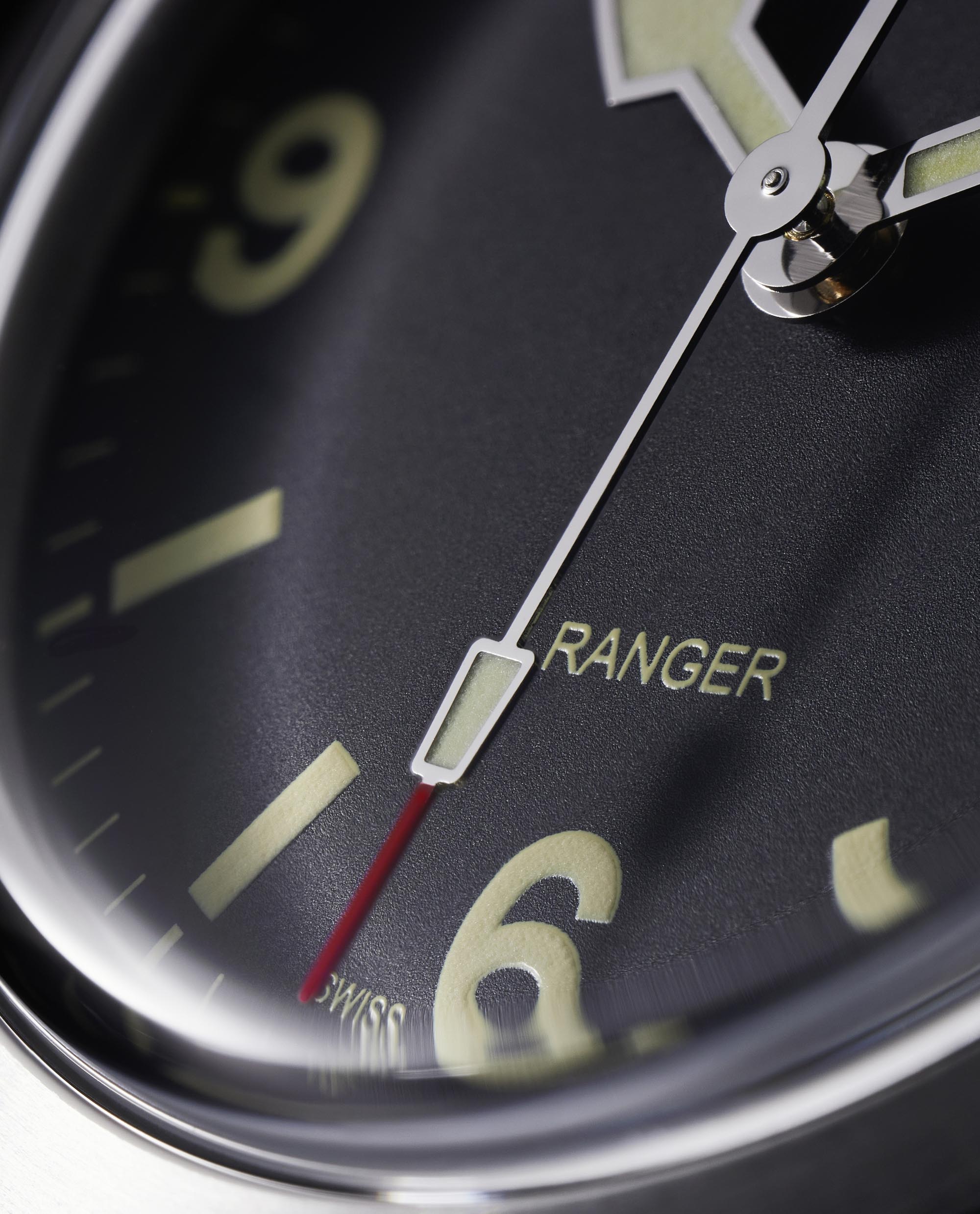 The dial is matte-black in color, grained in texture, and slightly domed in shape. It features hour markers painted with “grade A Swiss Super-LumiNova” and the same luminescent material is what makes the three hands glow in the dark, as well. The grained dial promises to be a good match with the satin-brushed case — the sun, the snow, and the ice are certainly blinding enough near the highest peaks, and nobody wants an all-shiny-everything watch that has its case, bezel, and bracelet links reflect light at every small movement of the hand. Some elements, like the vertical edge of the bezel, are polished to add a luxurious touch – if you want to go all-matte, you might want to check out the Tudor Pelagos collection. 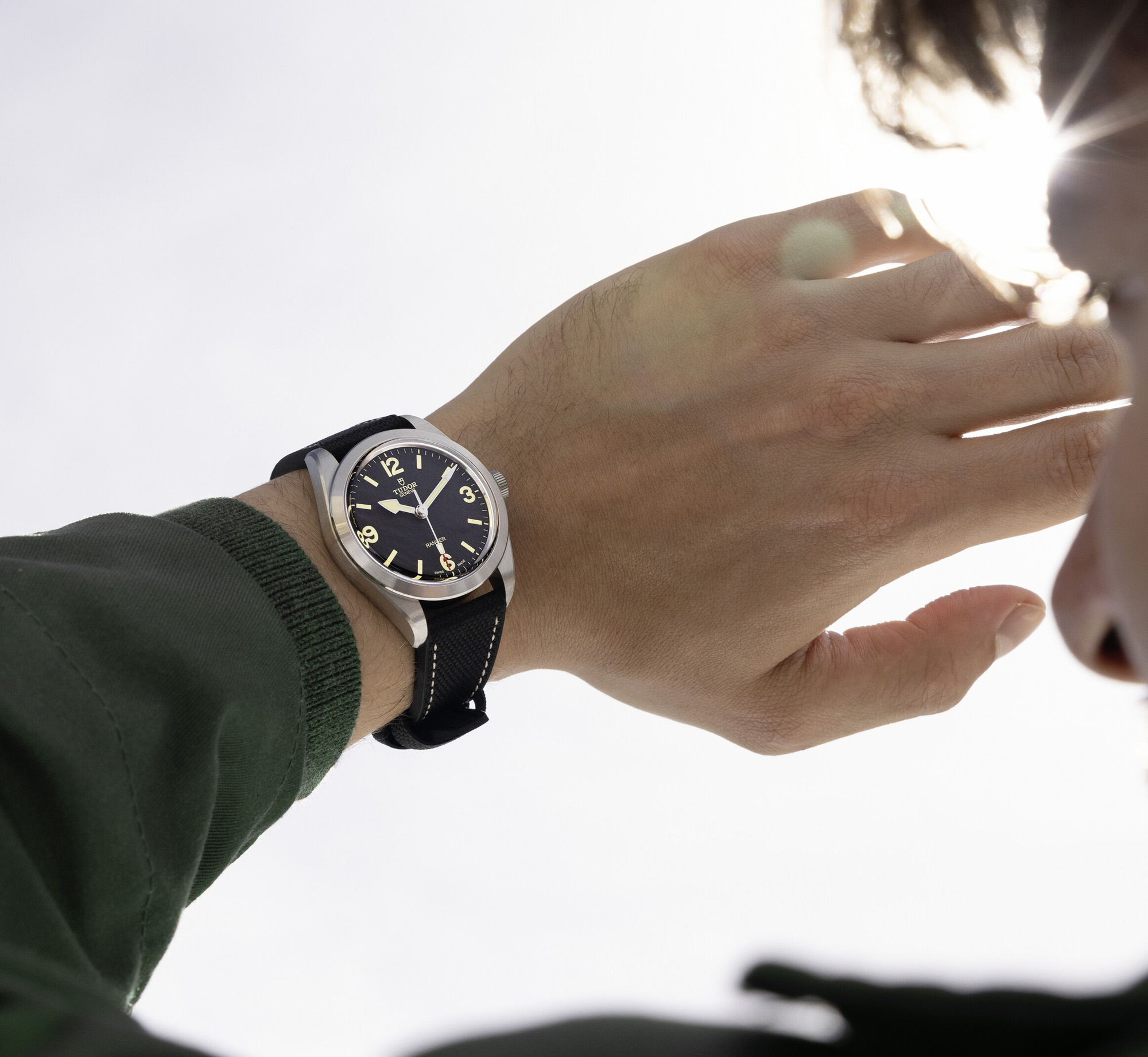 Although there is no word about a 30-strong expedition wearing the new Ranger, Tudor does offer its five-year guarantee for the entire collection and does so without requiring periodic checks of the watch during this timeframe. We look forward to going hands-on with the new Ranger soon, so stay tuned to aBlogtoWatch for our live impressions and coverage.

The Tudor Ranger 79950 is priced at $3,050 on the steel bracelet and $2,725 on the Jacquard woven strap or the rubber-leather hybrid strap. You can learn more at the brand’s website.