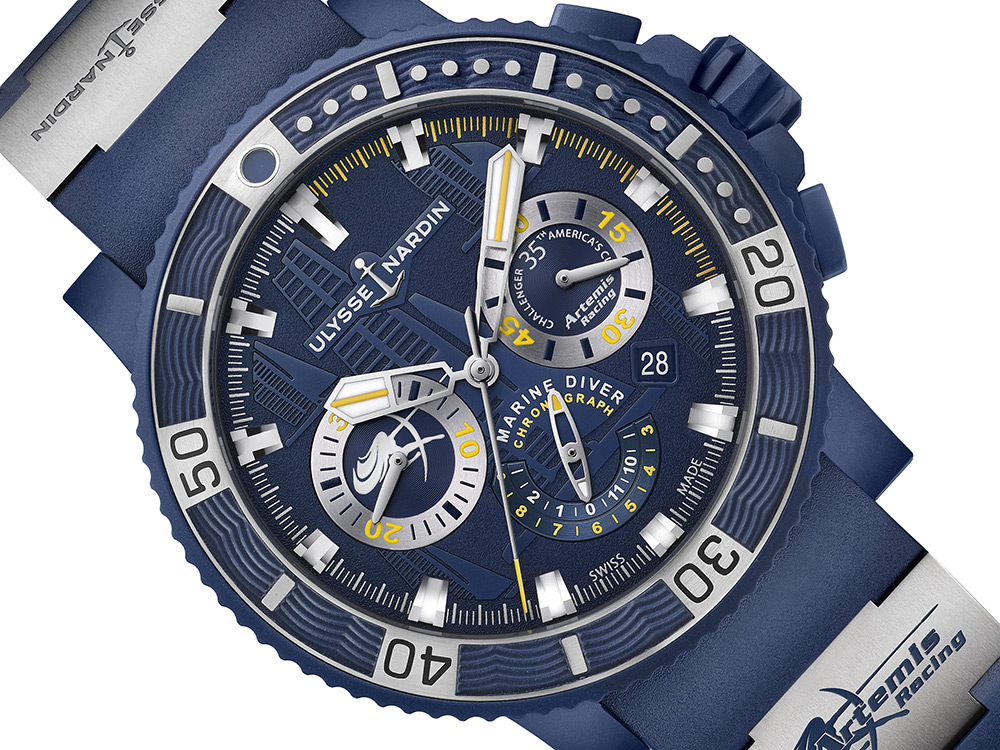 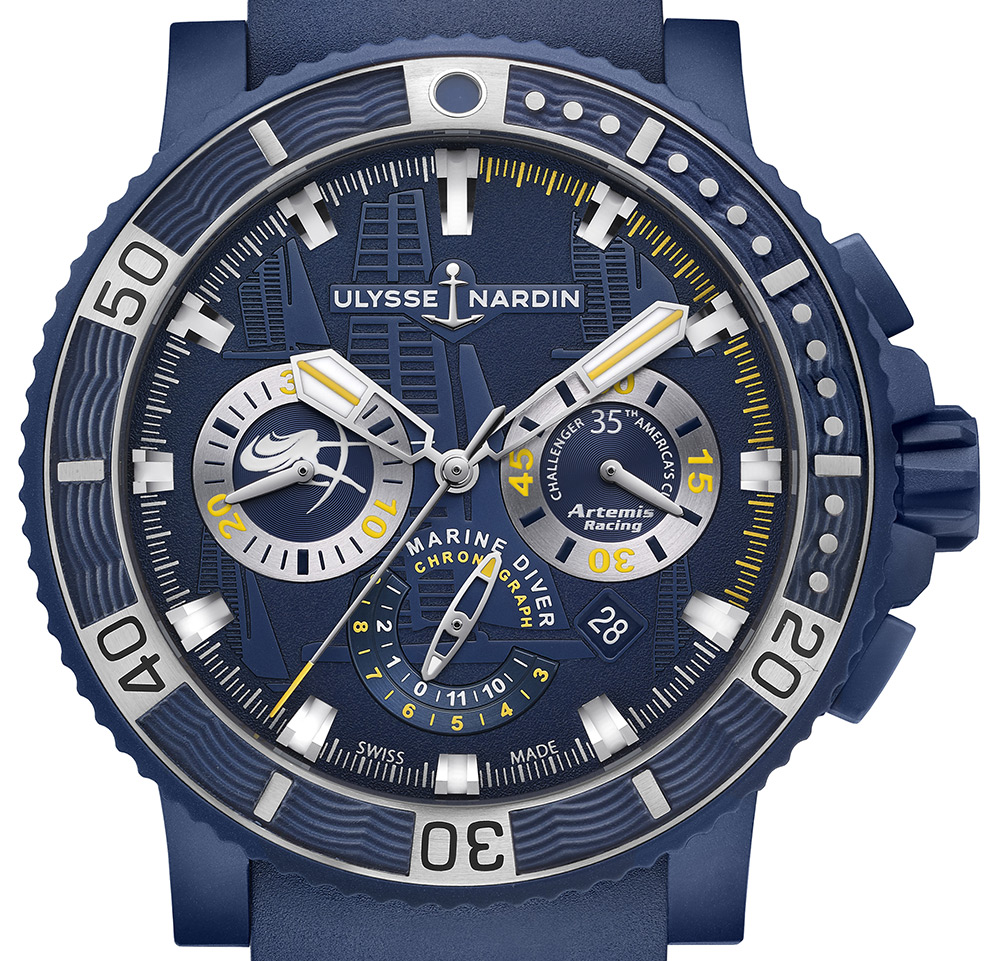 Watch partnerships and collaborations can be hard to pull off. Some of them can be pretty divisive and questionable in the eyes of the average watch enthusiast, but others seem to make more sense. For the 2017 America’s Cup, luxury Swiss watch manufacturer Ulysse Nardin will be releasing the Diver Chronograph Artemis Racing watch in their continued partnership with professional Swedish sailing team Artemis Racing. It’s a logical partnership for a company with such a deep connection to maritime timekeeping, but the Ulysse Nardin Diver Chronograph Artemis Racing watch should also be able to stand on its own merits as a watch made to live on the high seas – or under them. 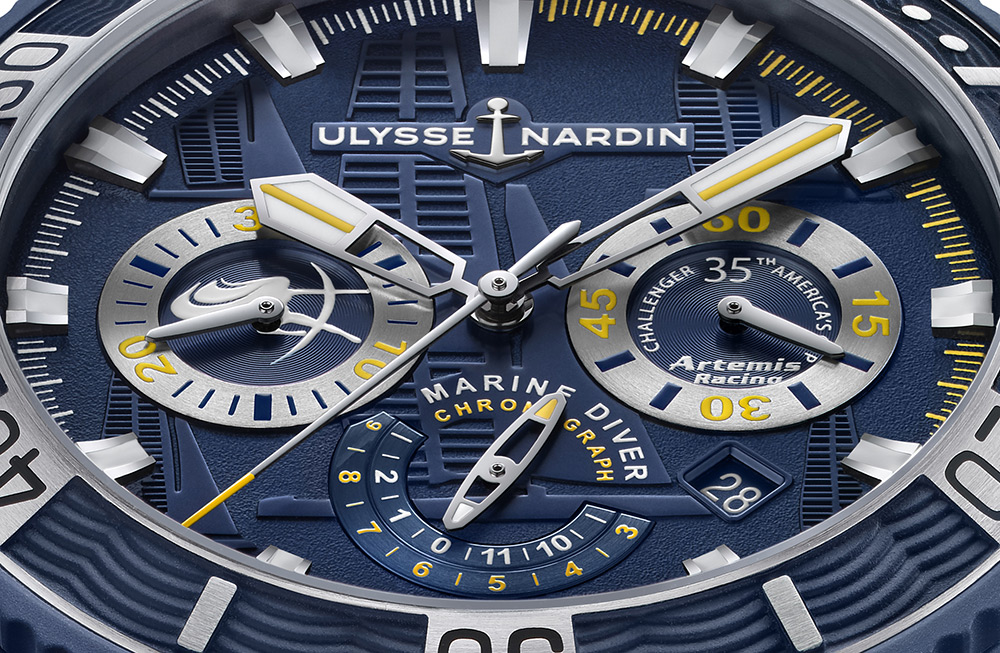 Ulysse Nardin has a rich history of developing marine chronometers and that DNA lives on in many of their designs today, showcased well in previous releases like the Marine Chronograph Annual Calendar and the jaw-dropping Ulysse Nardin Grand Deck Marine Tourbillon we featured hands-on here. In fact, it could be argued that no other brand pulls off the seafaring look the way that Ulysse Nardin does. This automatic chronograph takes a lot of the design cues the brand is known for while also paying tribute to the Artemis Racing team and its imagery. 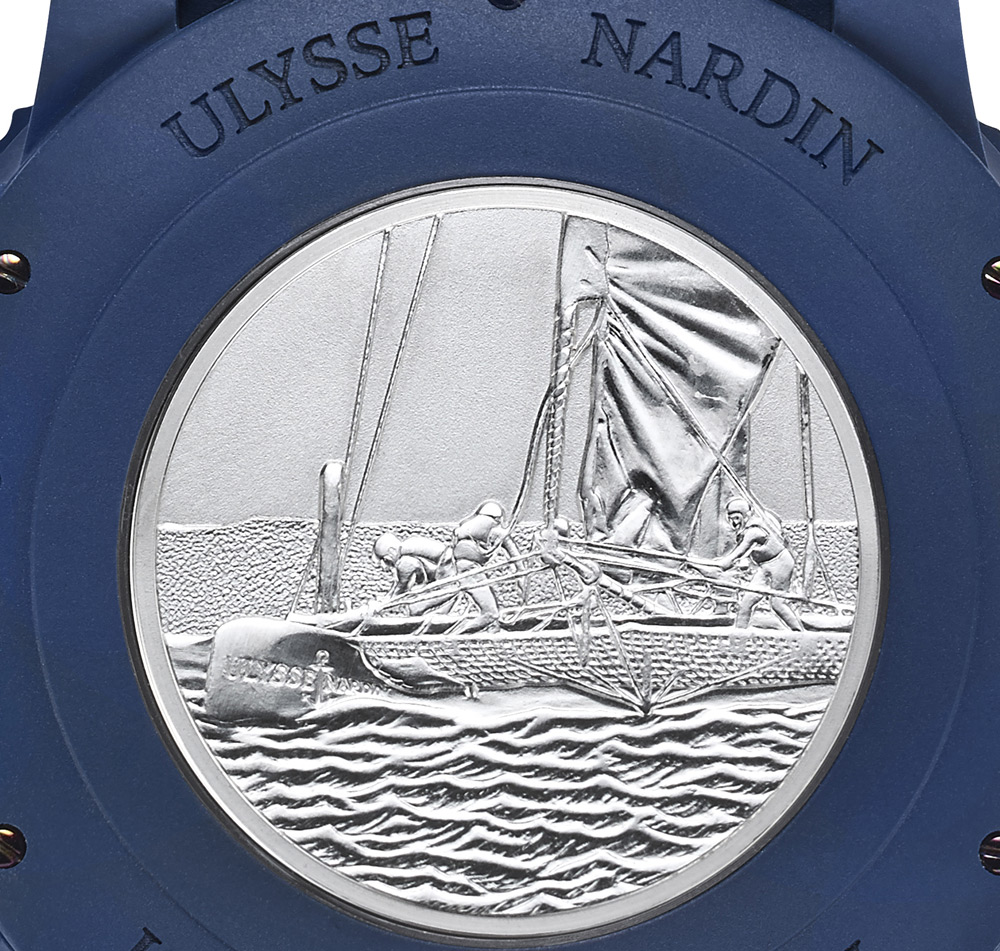 The Ulysse Nardin Diver Chronograph Artemis Racing watch features a 45.8mm stainless steel case that’s coated with a matte-blue rubber. It’s not the first thing you’d expect from a luxury watch, but it’s definitely a material choice that’s meant to increase durability. The matte-blue look continues to the vulcanized rubber pushers and the screw-down crown, contributing to the 200m water-resistance.

The dial itself is relatively simple as far as layout goes, but it is here where Ulysse Nardin honors the Swedish sailing team. Deep engravings of the Artemis Racing catamaran can be found spanning the deep blue dial and the 9 o’clock sub-dial encloses the team’s signature logo. There are yellow accents throughout that pair nicely with the blue and the bezel itself also has a deep “wave” pattern to top off the entire nautical look. Additional Artemis branding can even be found on one of the two titanium elements integrated into the blue rubber strap. 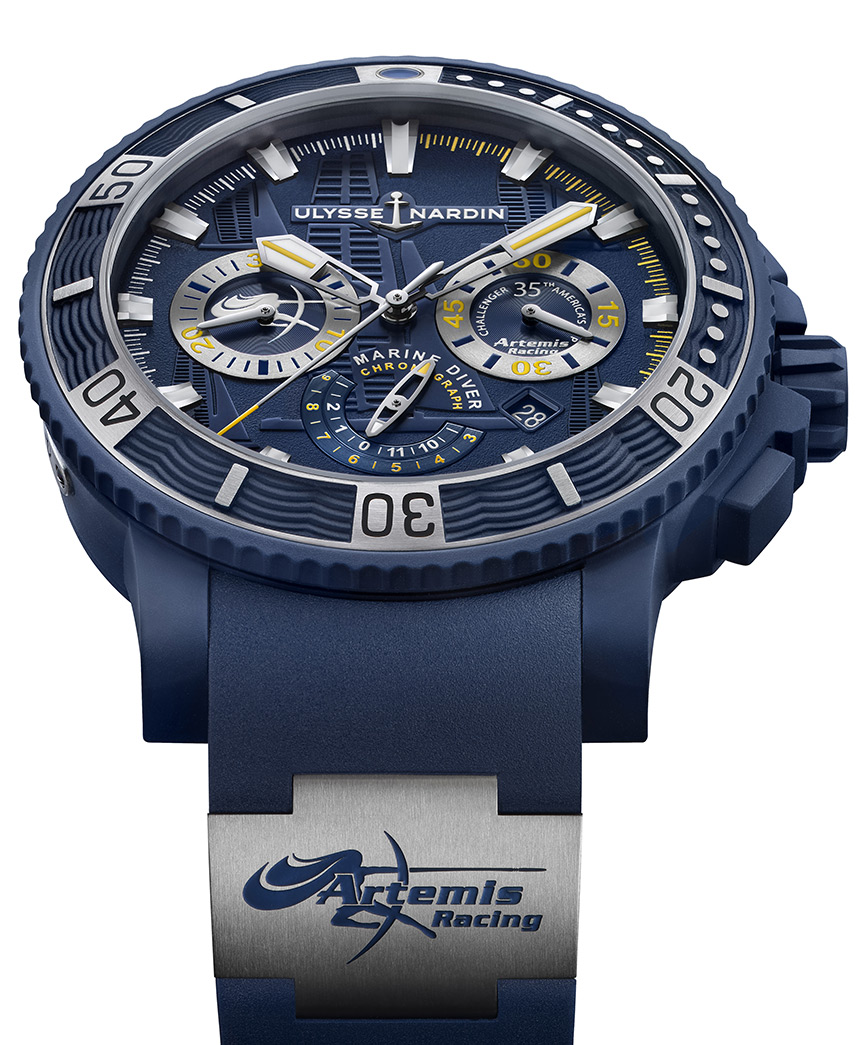 The movement is Ulysse Nardin’s self-winding Caliber UN-35, which is also found in another watch featuring heavy vulcanized rubber elements; the Black Sea Chronograph. It’s a base Swiss ETA movement that offers everything you’d need out of a three-register chronograph and provides 42 hours of power reserve on a full wind. A subtle date window is tucked in at around 4:30 and rests unobtrusively among the rest of the dial thanks to the matching date wheel. Naturally, the case provides an adequate 200m of water resistance, and an anti-reflective sapphire crystal ensures maximum legibility while jumping the halyard with your crew mates. 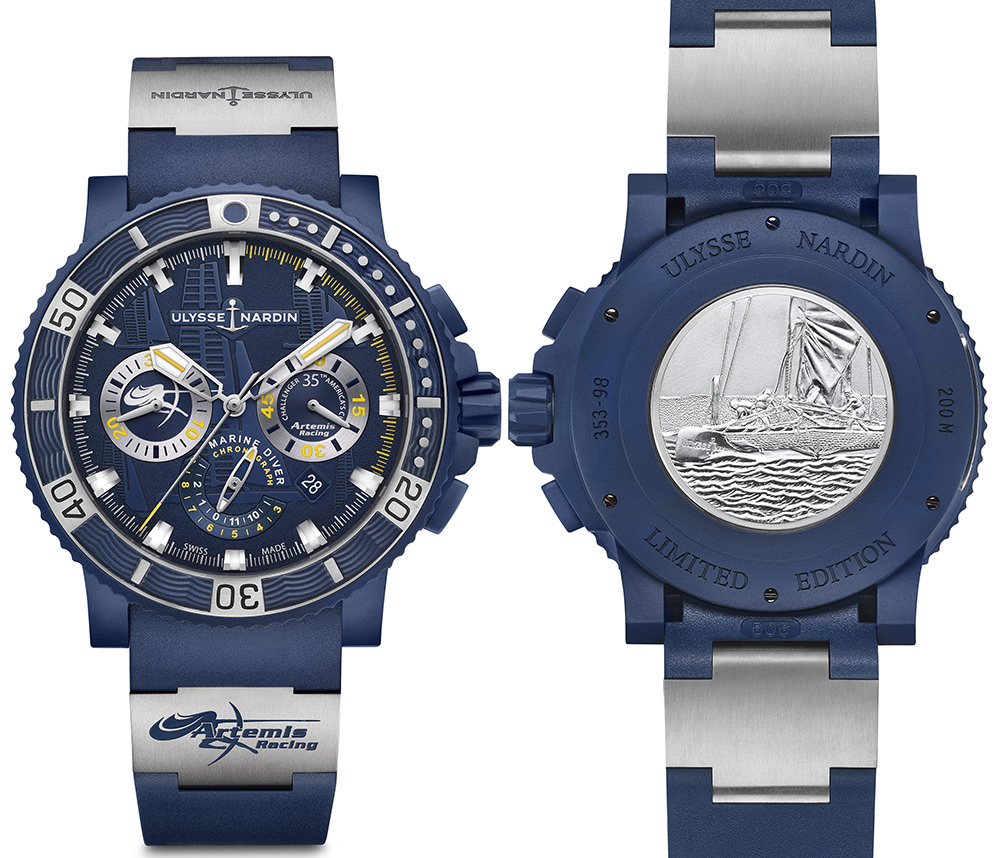 While there isn’t an exhibition case-back, Ulysse Nardin opted for a stainless steel medallion with an engraving of an Artemis racing vessel in action. This combination of explicit design choices makes it a watch that will appeal to a very specific set of individuals as well. And while it isn’t usually the first kind of watch you’d choose for hardcore water sports, it’s a great tribute to a highly spirited and competitive team. The Ulysse Nardin Diver Chronograph Artemis Racing watch will be limited to 250 pieces and is priced at 10,800 CHF. ulysse-nardin.com