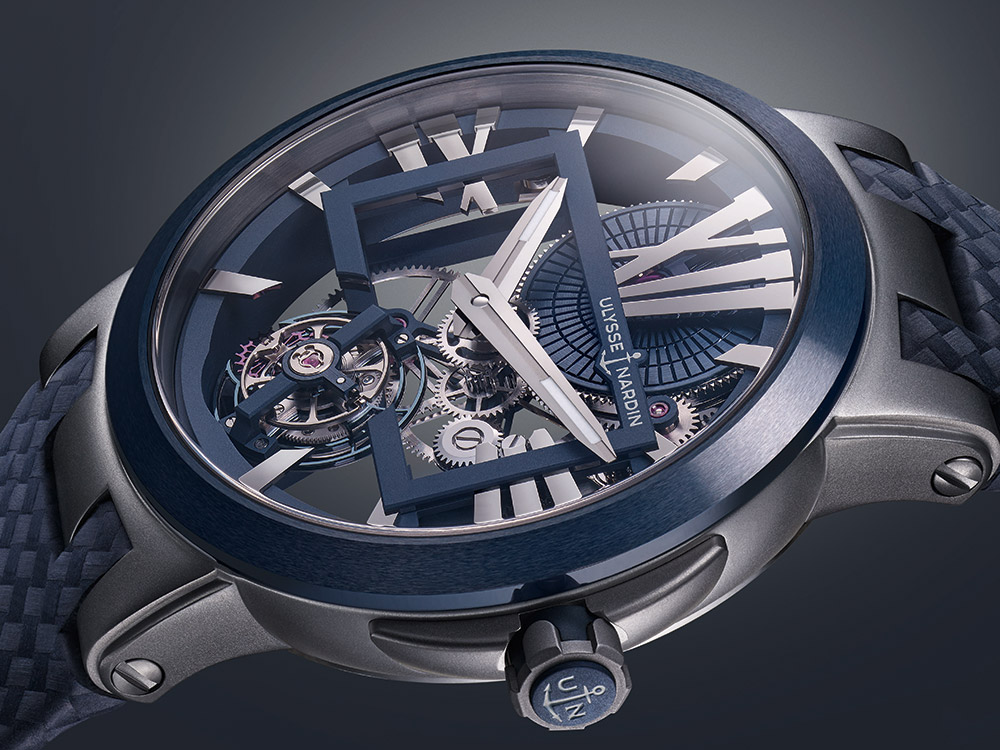 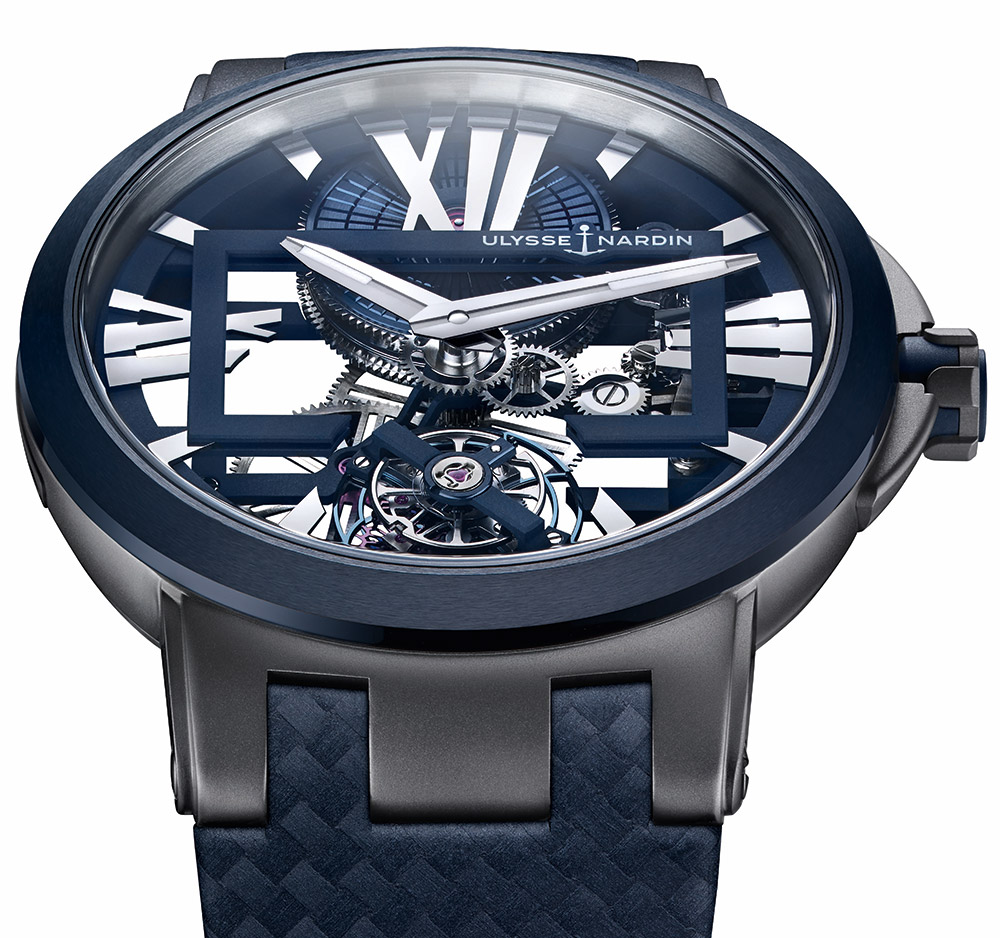 Ulysse Nardin has so many strong collections and provocative, technically interesting watches for us to talk about. From the innovative Freak collection to complicated chiming watches, artistic dials, and more, their Executive collection can get overlooked. The last time we covered a Ulysse Nardin Executive collection watch, in fact, was with the Executive Dual Time reviewed here back in 2012. The Executive is characterized by a very modern and even slightly sporty case with triple-pronged lugs (necessitating proprietary straps), oversized Roman numerals at the compass points of the dial, and the horizontal rectangle in the middle. The name – along with the Roman numerals, perhaps – seems to suggest a conservative and business theme. 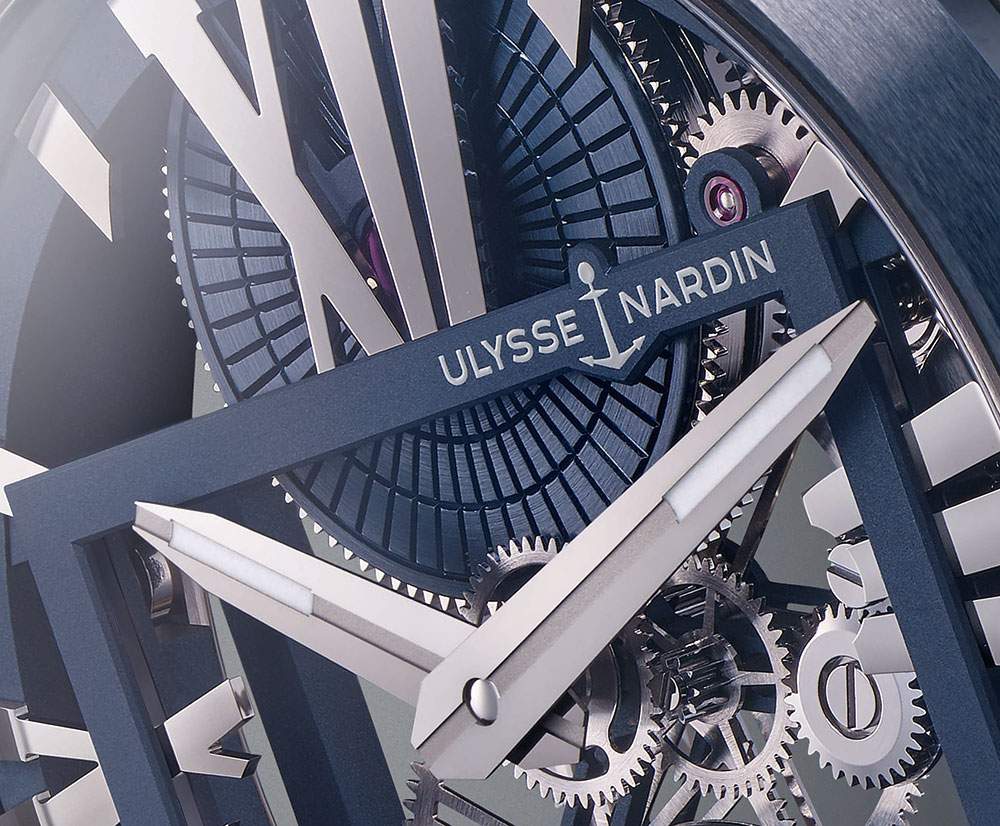 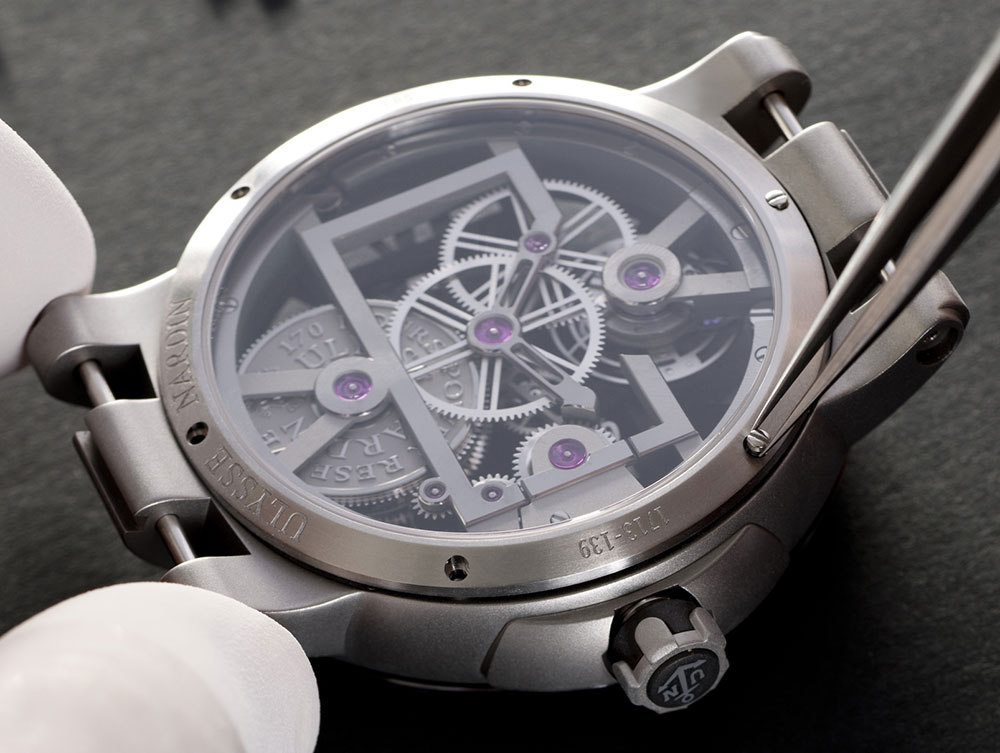 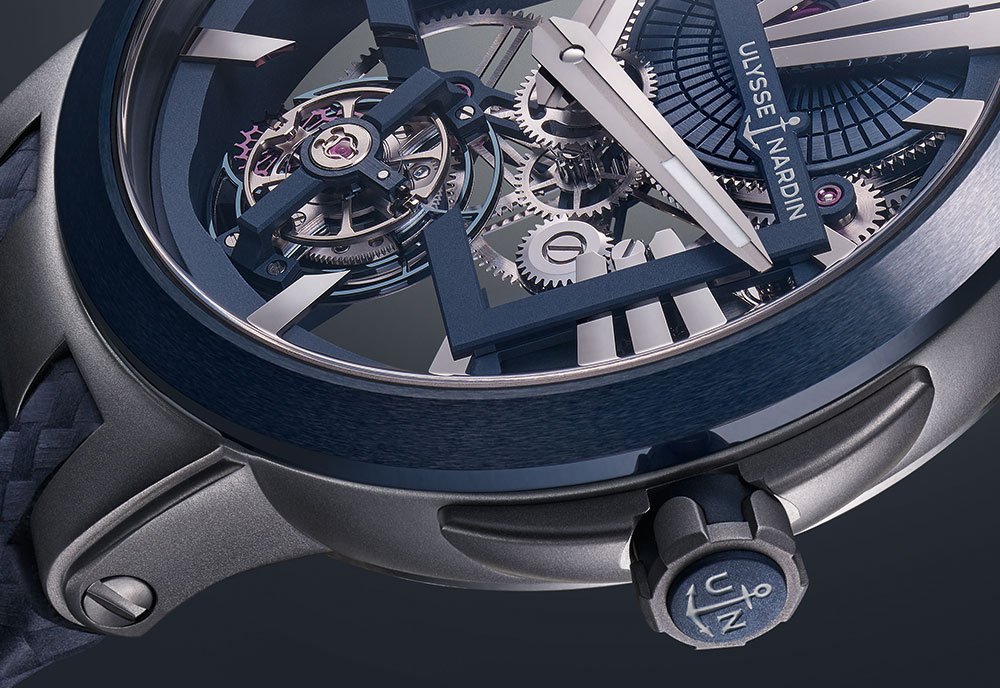 Visually, the design of the Executive Skeleton Tourbillon dial is striking. UN has stripped down both the dial and the movement to create a three-dimensional appearance of negative space and architectural depth. Some of the cleverly designed dial elements support the movement while others don’t. The Roman numerals and central square are all separate components, and while we are just looking at pictures and renders from the brand for now, we can trust that the finishing will be expertly executed. 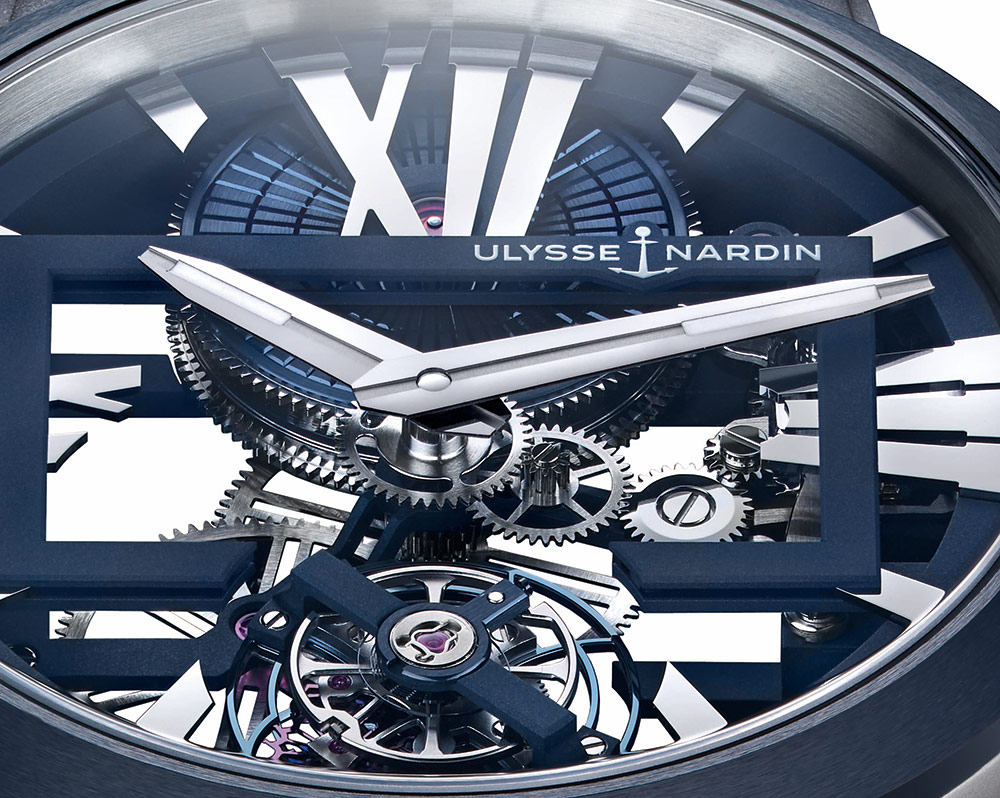 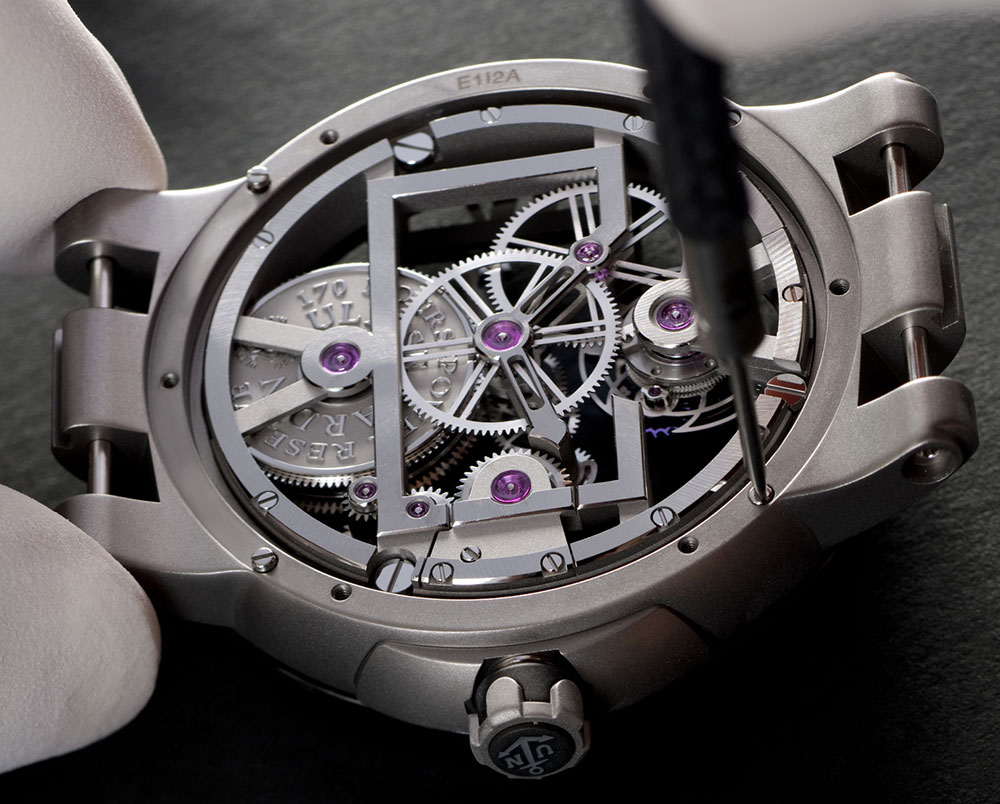 The heart of the Ulysse Nardin Executive Skeleton Tourbillon is the manually wound UN 171 movement with an impressive 170 hours (7 days) of power reserve beating at 2.5Hz (18,000bph). The plates and bridges of the movement are only minimally existent. This leaves the movement and tourbillon with the silicon escapement and balance spring the brand is known for, fully visible from the front and back of the watch. 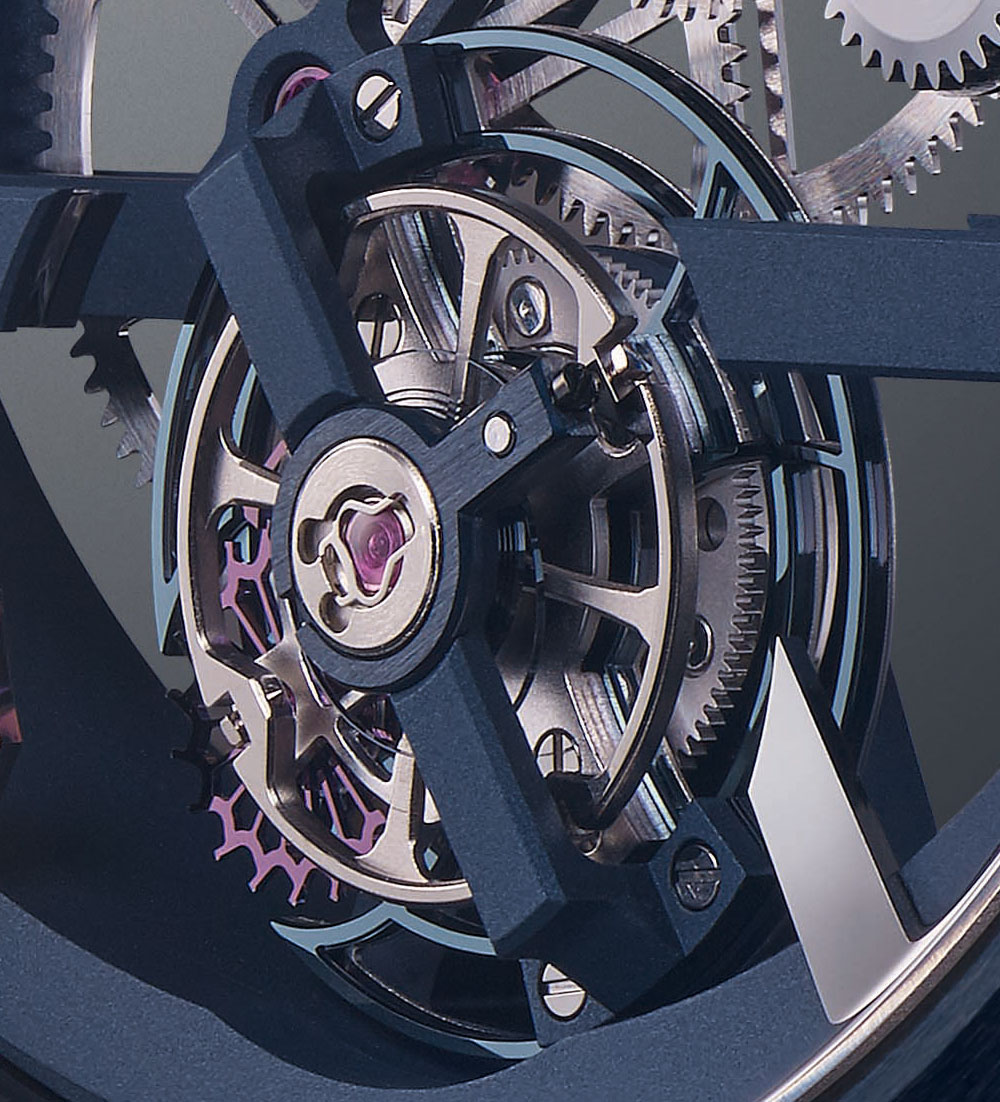 The view from the case back mirrors the dial with the rectangular frame-like bridge supporting the movement. From the front, parts of the movement look almost as if suspended in air, and the tiny gears are exposed and delicate-looking. Plates and bridges do add important structural stability to movements, so tourbillons and skeletonized movements such as this are indeed delicate and, needless to say, probably best saved for doing “executive things,” and not rock climbing or off-road BMXing. With that said, water-resistance is 30m. 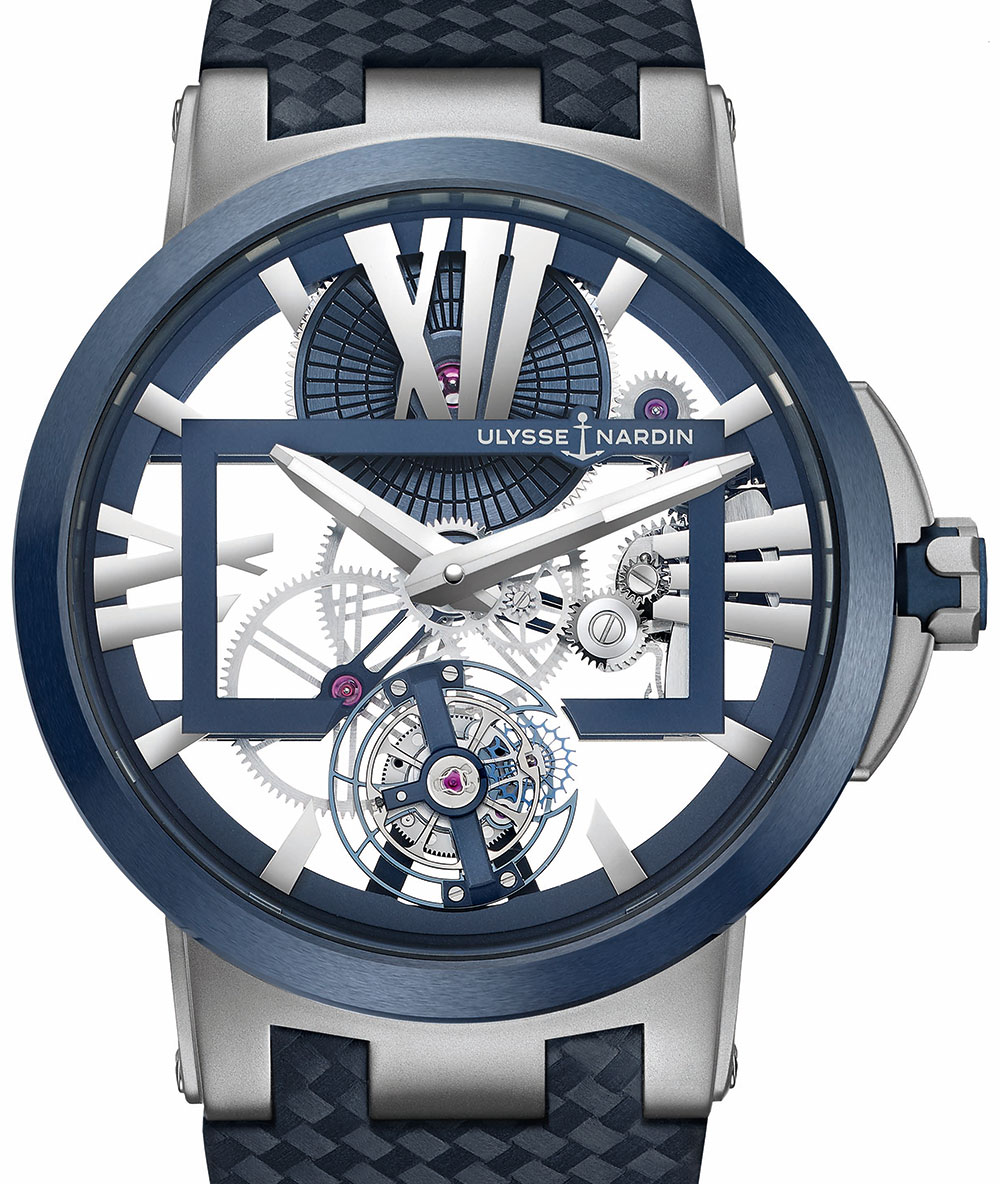 All things considered – that is, in the context of the high-end watch industry – the price of the Ulysse Nardin Executive Skeleton Tourbillon Blue isn’t outrageous. The Rotonde de Cartier Flying Tourbillon, for instance, is comparable in a couple of ways, but is more than double the cost. For a similarly bold, contemporary style of skeletonization and wearing experience from Roger Dubuis’ “entry-level” Excalibur Automatic Skeleton, again, the price is much higher, and that is sans tourbillon. The Ulysse Nardin Executive Skeleton Tourbillon Blue looks cool in this color and size and is priced €38,000. ulysse-nardin.com