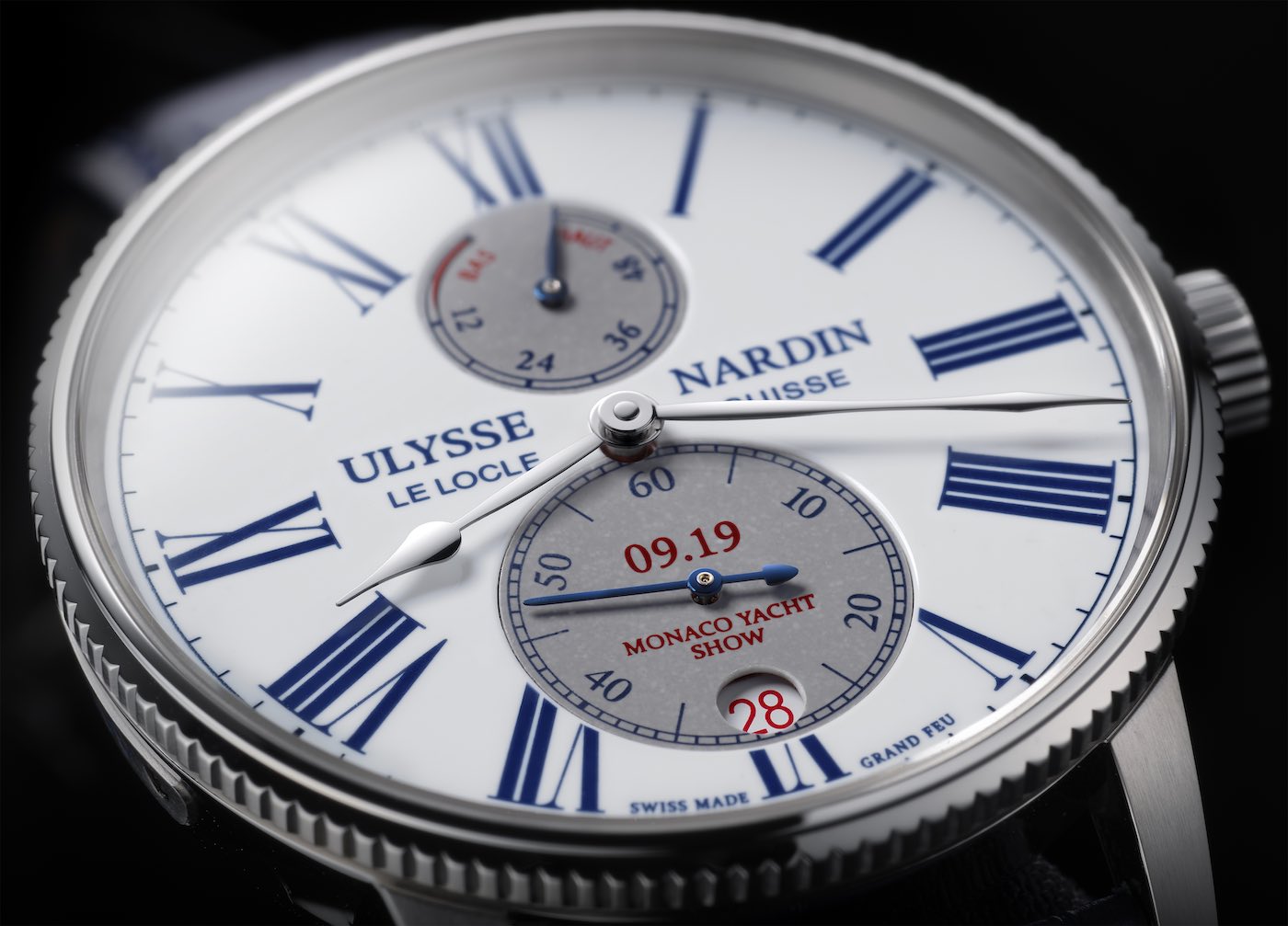 The Ulysse Nardin Marine collection welcomes a new Torpilleur model to its ranks. Released in honor of the Monaco Yacht Show, the Ulysse Nardin Marine Torpilleur Monaco Yacht Show watch employs the standard dial layout as used on all but four of the Torpilleur models (the alternative, a single-sub-dial layout, can be seen on the Torpilleur Military models we reviewed earlier this year). What sets this exclusive limited-edition aside from its peers, however, is the complicated three-piece enameled dial that has been created using the traditional techniques of grand feu. 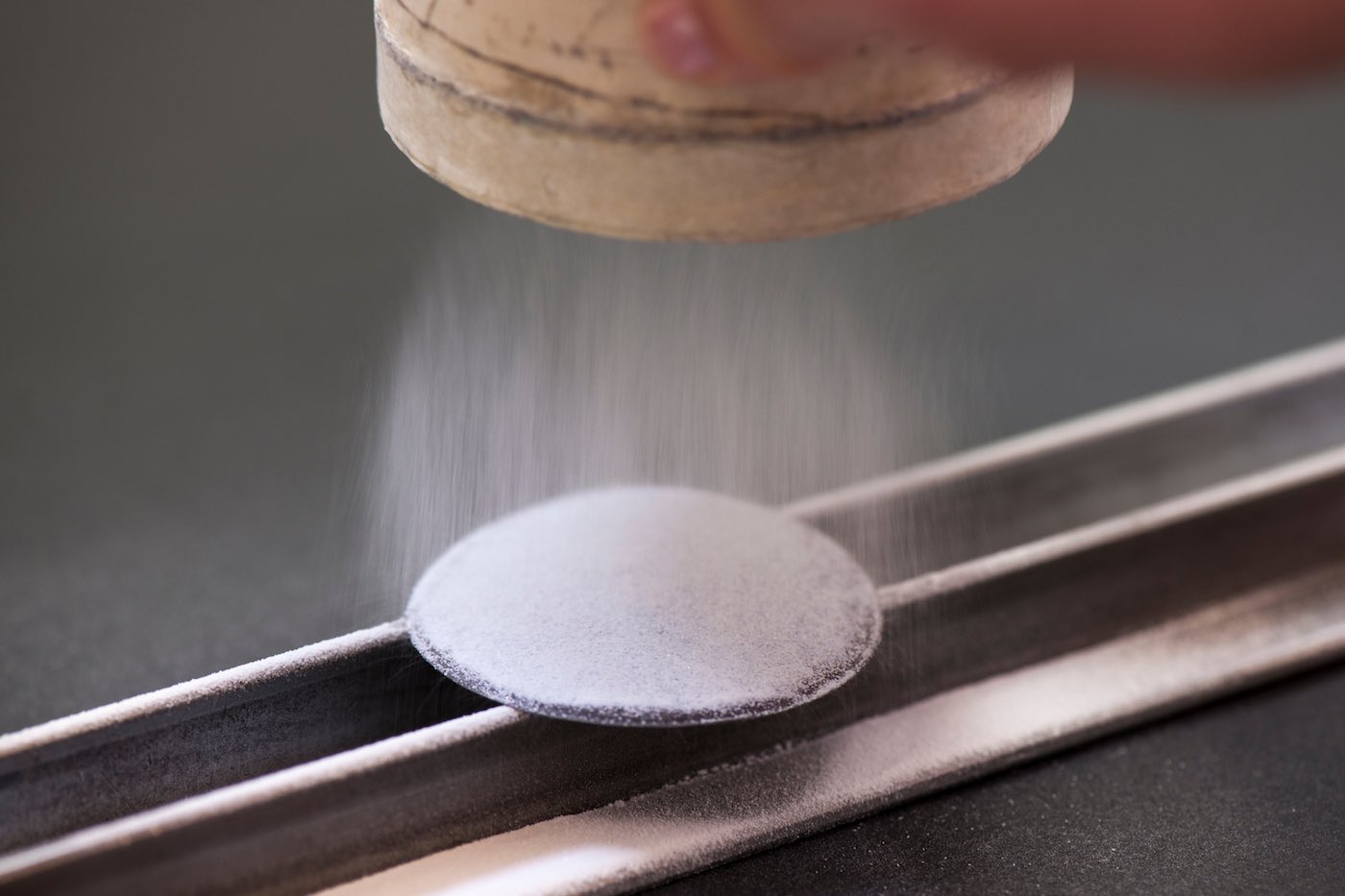 The dial is made by Donzé Cadrans, a dial manufacturing specialist owned by Ulysse Nardin. Donzé Cadrans follows the traditional path when it comes to enameling dials, achieving a labor-intensive, thoroughly rewarding result. 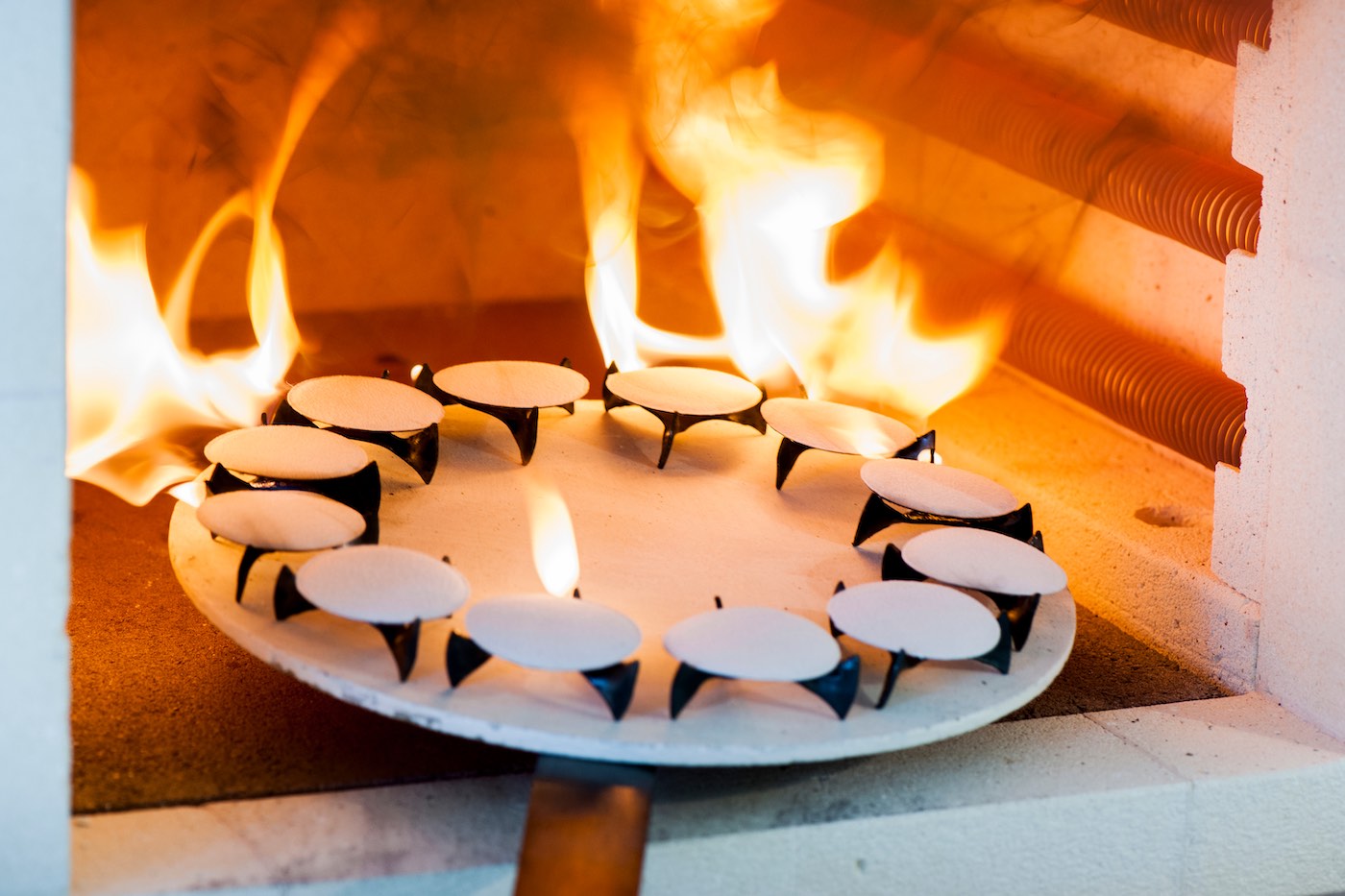 Starting with a copper disc, a trained artisan dusts the copper with vitreous enamel powder before firing at approximately 800°C. Fascinatingly, although the markings on the Ulysse Nardin Marine Torpilleur Monaco Yacht Show watch appear to be pad printed (and so sitting on the surface of the enamel), they are actually made from fired enamel themselves. 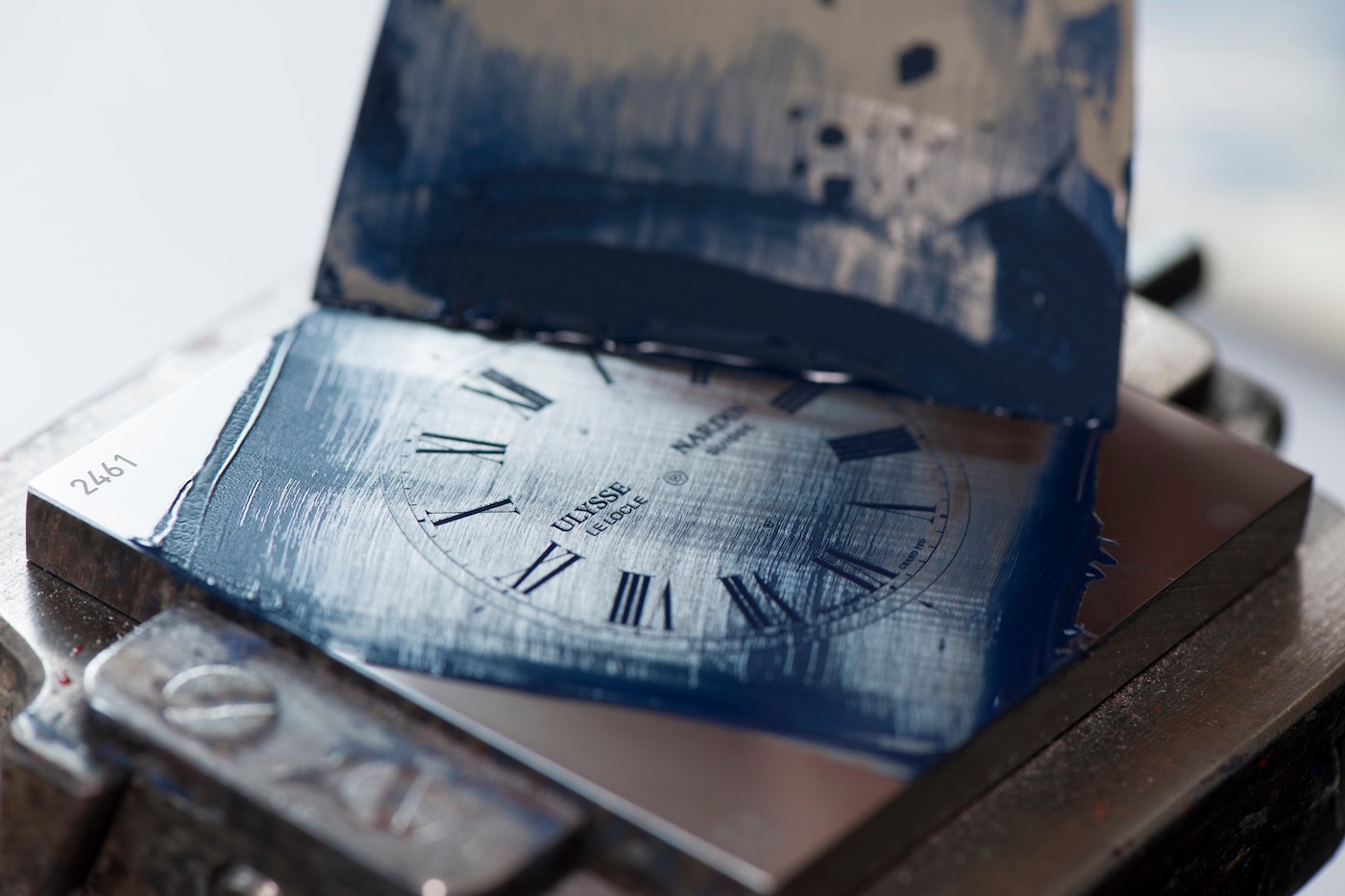 The dial decorations are applied in a similar method to traditional pad printing (see the images of the crushed enamel powder being scraped into an engraved dial decoration plate before being deposited in place by a silicon ball), but the dial is then refired, fusing this second layer of enamel to the first. This also levels the surface of the dial for an intriguing visual effect. 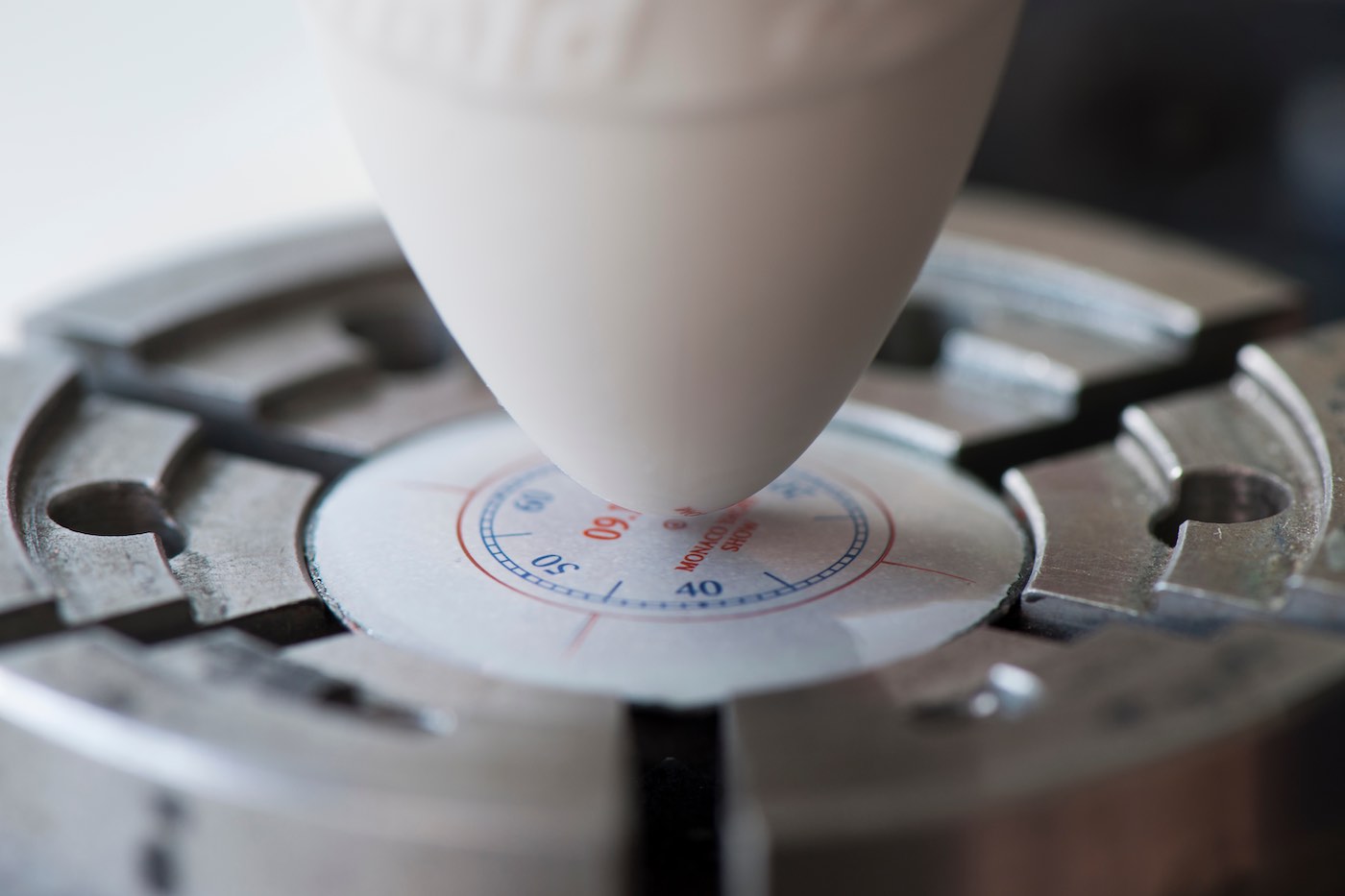 Before the dials are fitted to the case they need to be cut down to size and the two separately decorated sub-dials are soldered in place. Although it is not the most durable material in the world, the enamel dial is immutable and resistant to UV rays, which makes it surprisingly suitable for life on deck. 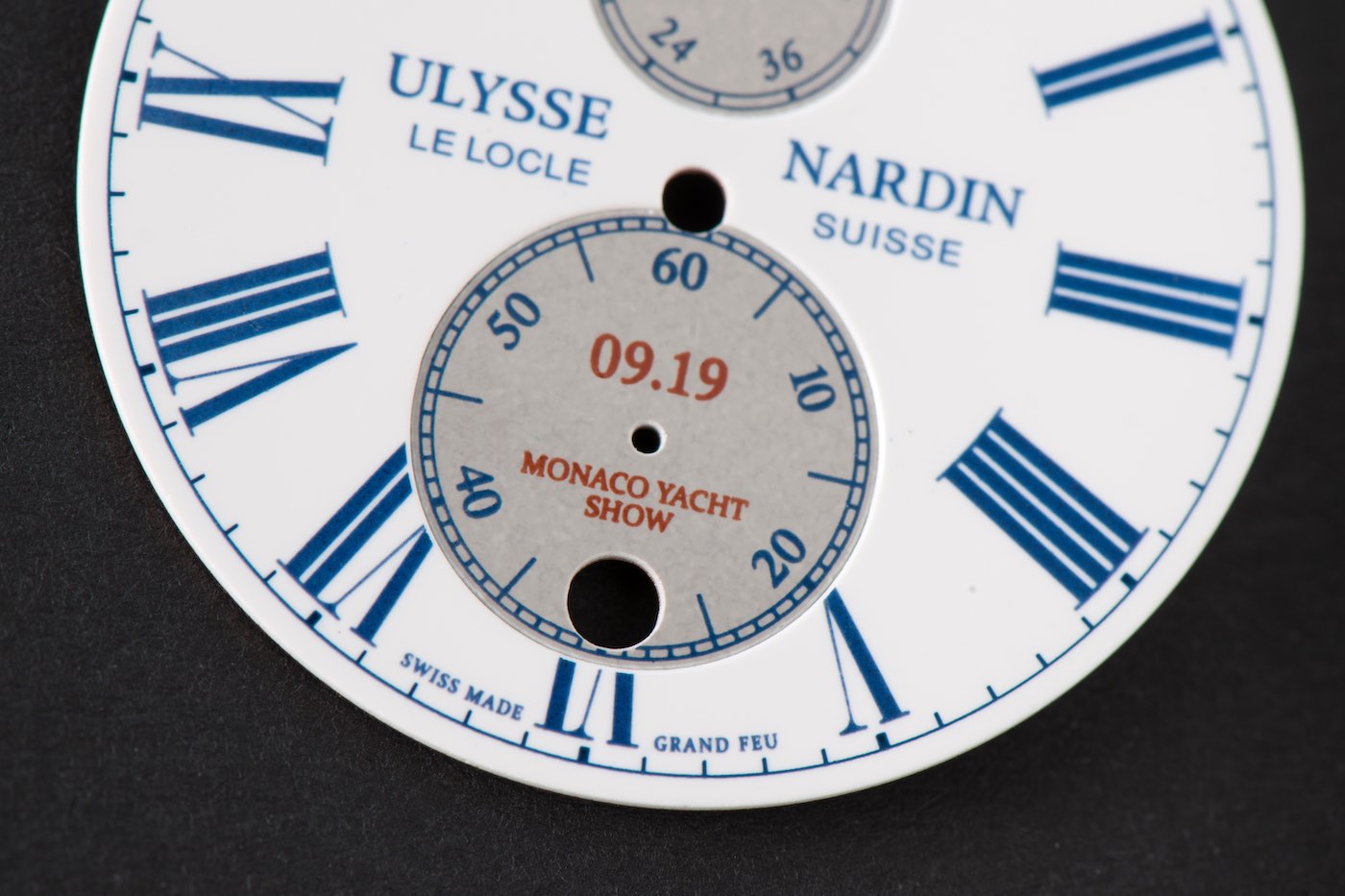 Ulysse Nardin is making a statement with this watch, attempting to reaffirm its reputation as a watchmaker capable of producing instruments able to withstand the harsh realities of life at sea. While this model, and the entire Torpilleur collection, to be honest, are perhaps more suited to the wrists of captains and officers rather than those taking care of business in the engine room, UN does produce some very hardy timepieces that live up to the brand’s historical reputation, like the Ulysse Nardin Diver Chronometer. Viewing the brand’s entire output contextualizes this reputational desire somewhat, and the fact the partnership with the Monaco Yacht Show is a long-standing one (11 years) adds a bit of credibility to the project. 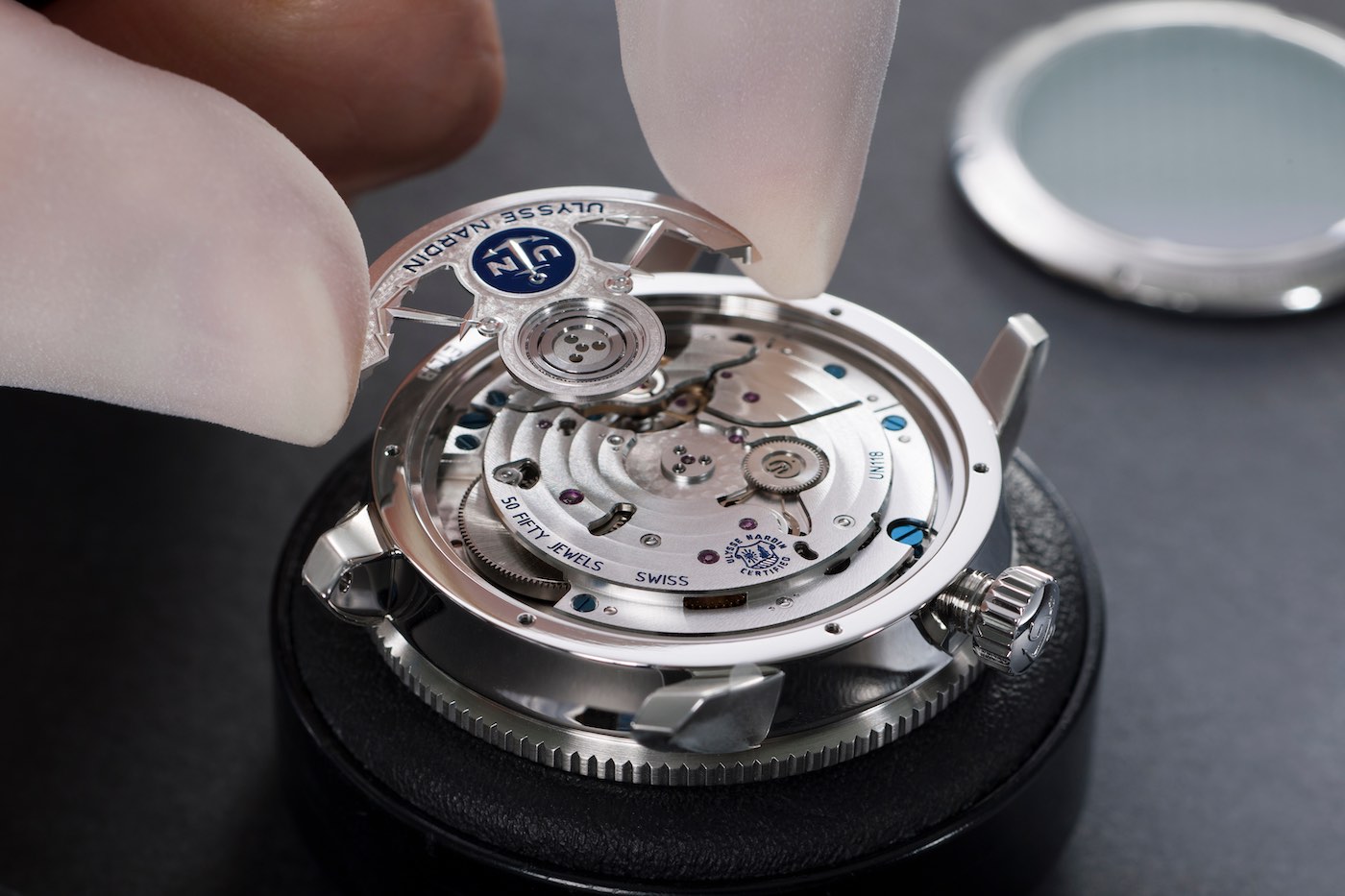 The watch is powered by the in-house UN-118 movement, which is an automatic caliber with a 60-hour power reserve (tracked by the smaller sub-dial at 12 o’clock). The UN-118 boasts a silicon escapement and is a COSC-certified chronometer, meaning it is perfectly capable of being used as a navigational tool on the high seas. There will be just 100 pieces made, with a retail price of CHF 9,500. Learn more at ulysse-nardin.com.