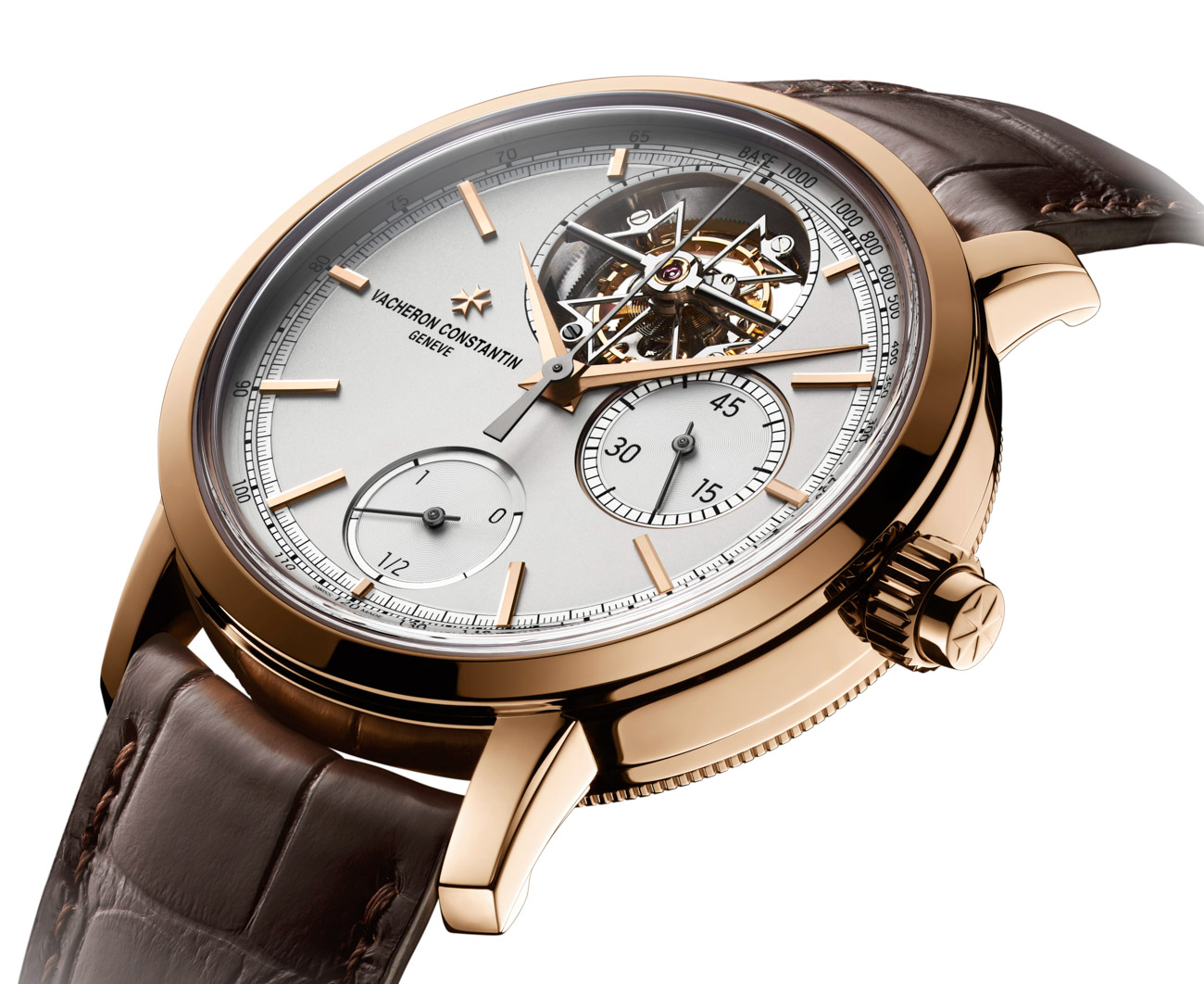 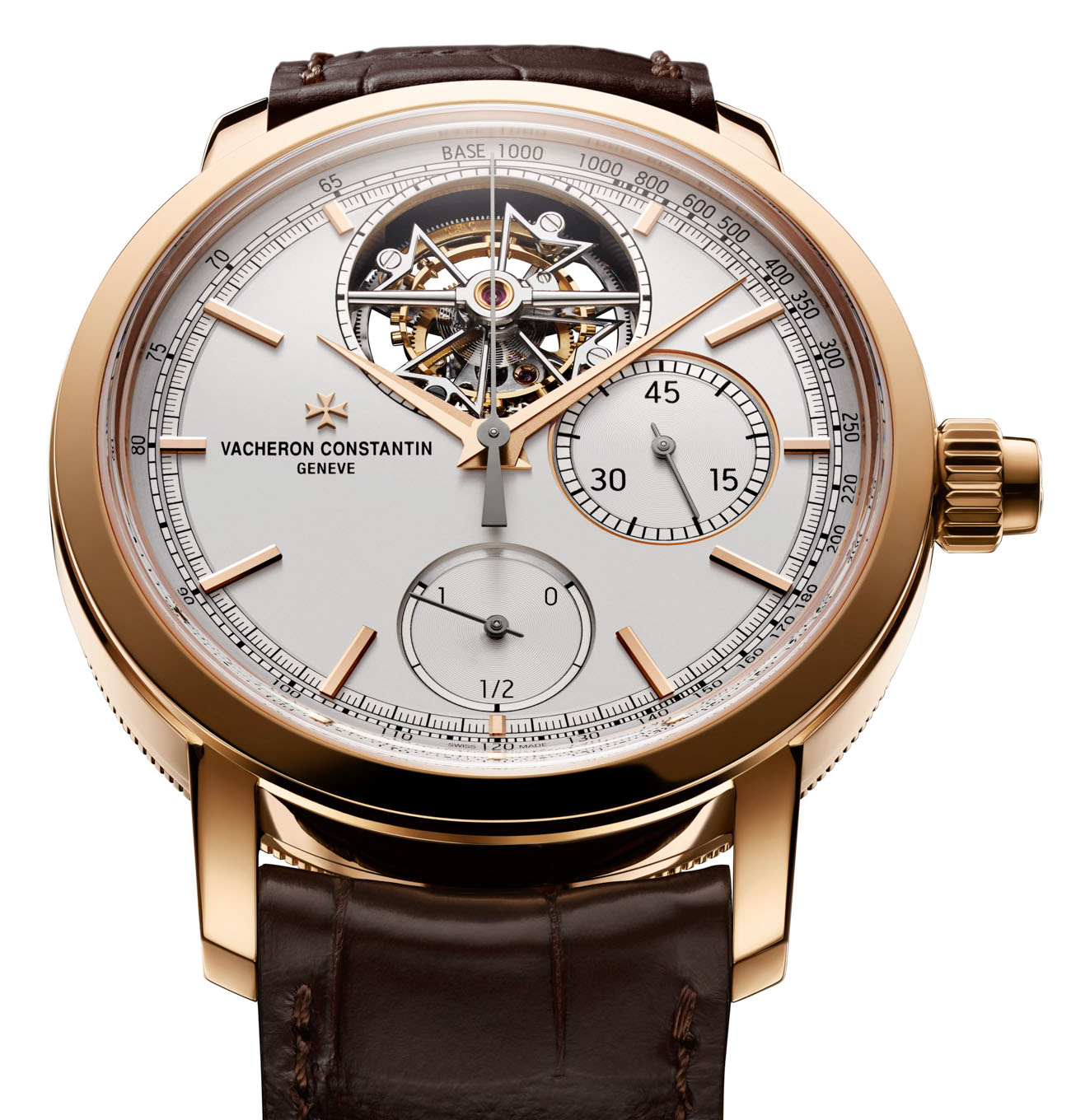 For 2020, Vacheron Constantin takes inspiration from the hip guys in town but in a predictably “Traditionnelle” package. In recent years, the most popular Swiss-made tourbillon chronograph watch talked about by the collector community was produced by TAG Heuer. Indeed, the Heuer 02-T movement is a high-performing Swiss-made automatic chronograph tourbillon starting at less than $20,000. This  year, Vacheron Constantin gets in the game with the Tradionnelle Tourbillon Chronograph… and they added a zero to the aforementioned price.

Chronograph tourbillon movements, in general, have always been more high-end in price, but almost decidedly for ultra-modern (rather than classic) watches. The late BNB Concept movement-maker specialized in exotic chronograph tourbillons, which was later carried over into Hublot when it bought the talent during the last economic recession. Today, brands like Richard Mille routinely produce chronograph tourbillon watches with price points over $500,000. 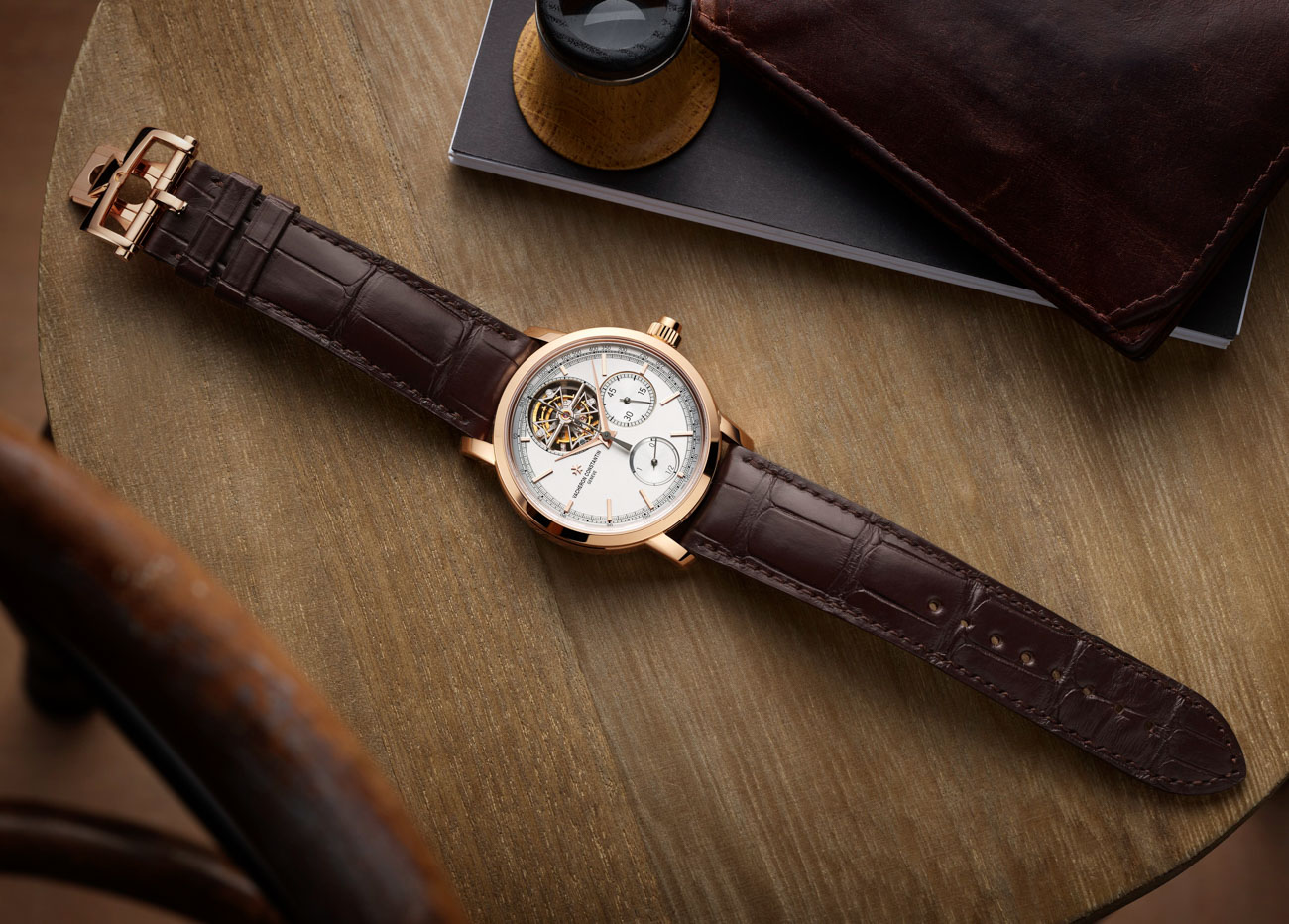 That said, it isn’t that you can’t find some interesting chronograph tourbillon watches on the market that are more retro in flavor. For me, some of the best examples have been produced by German A. Lange & Sohne (that shares the same parent company as Vacheron Constantin). The 2020 Vacheron Constantin Traditionnelle Tourbillon Chronograph marries a chronograph and tourbillon complication for the first time I can recall in a series production watch from the brand. It uses an existing movement architecture but for a new mechanism that looks to be a real winner on the wrist.

The movement is the in-house-made Vacheron Constantin caliber 3200 — a Seal of Geneva-certified mechanism. The movement is manually wound with 65 hours of power reserve operating at a relatively timid 2.5Hz. This slower operating frequency does have an advantage, that being a very beautiful heartbeat animation within the spinning tourbillon carriage. The real value for collectors in a watch such as this is that they get to marry the visual appeal of watching a finely finished large-diameter, slower-beat tourbillon with the tactile experience of winding the mechanism (as prescribed by the power-reserve indicator) and cycling through the chronograph operations via the mono-pusher-style button placed in the crown stem. Yes, in other words, this watch is a supremely elegant toy to calm anxious eyes and fidgety hands. 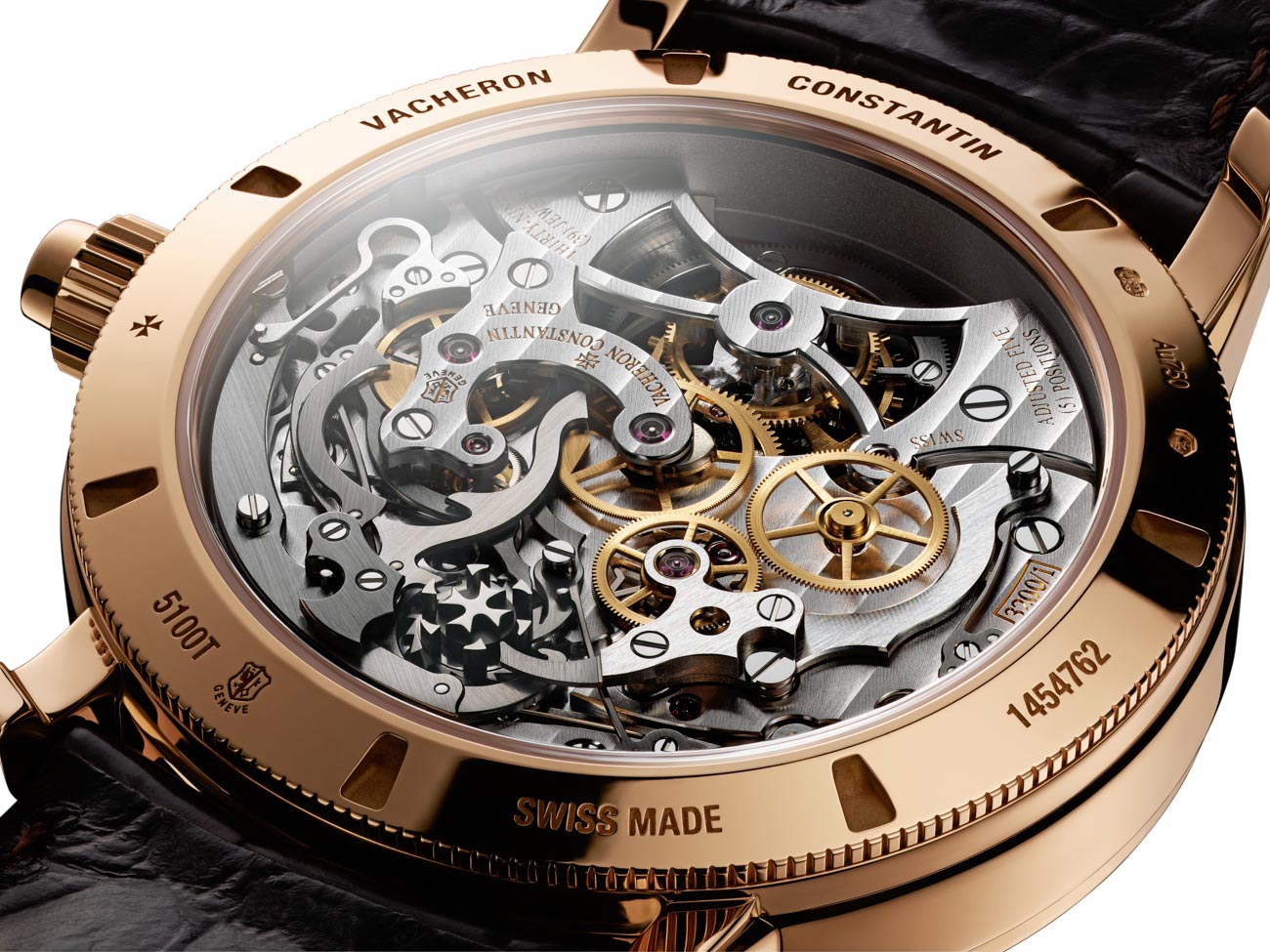 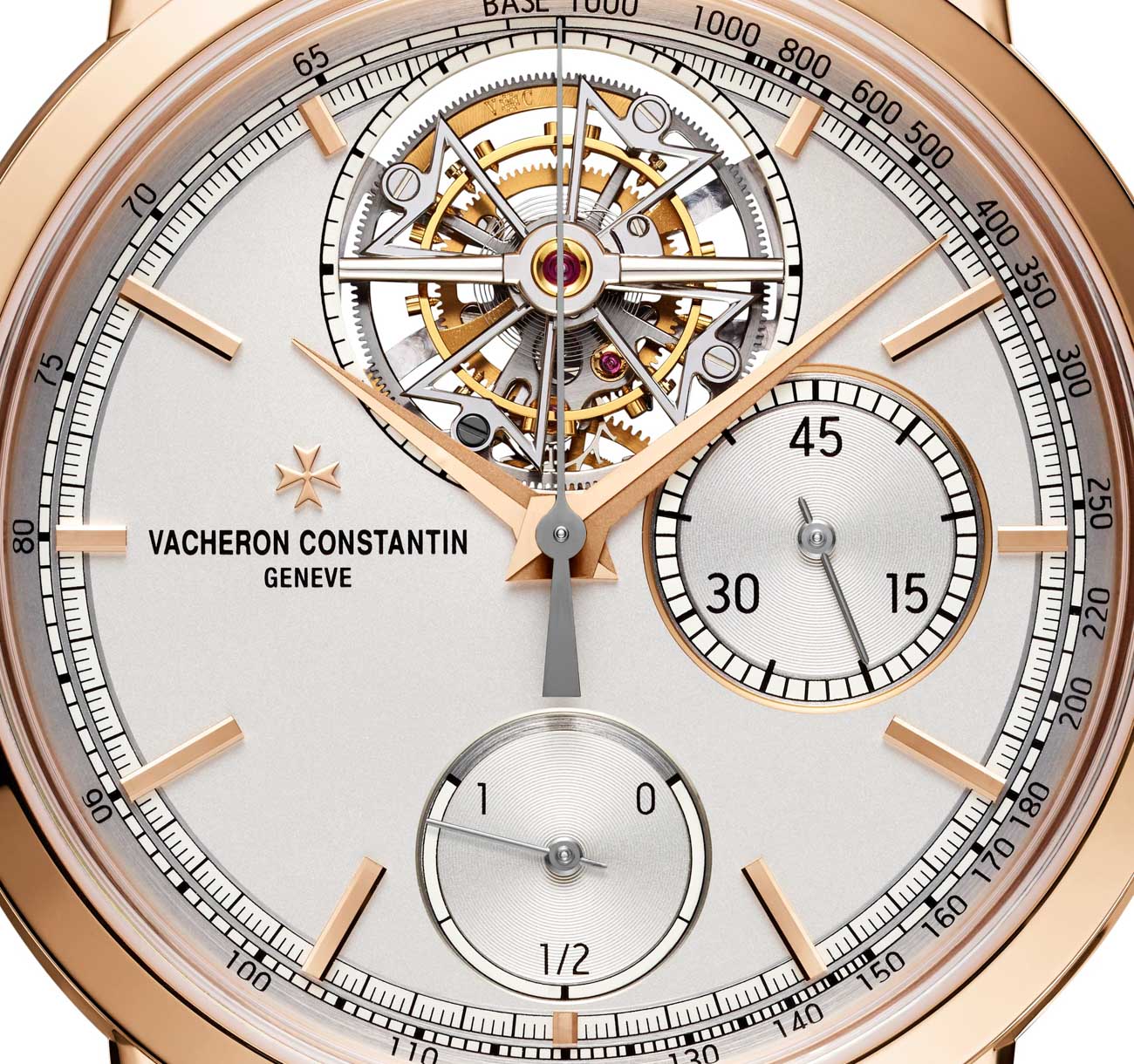 The chronograph measures a peculiar 45 minutes, which I believe makes it good for soccer matches. The system uses a column wheel transmission system, and for the activation system, Vacheron Constantin created an all-or-nothing activator in the mono-pusher in order to prevent accidental presses or damage to the movement. The 292-part movement is thoroughly hand-decorated (where a lot of the cost comes in). The tourbillon is also placed at the 12 o’clock position, which is uncommon for the brand — at a glance, someone might believe this to be one of the Carl F. Bucherer tourbillon models. Interesting note: Vacheron Constantin discusses how the tourbillon’s cage in the 3200 movement is powered by the seconds indicator hand. This is as opposed to the fourth wheel on the gear train, and it apparently allows for a cleaner view behind the tourbillon cage as part of the open window on the dial.

Given that the Tourbillon Chronograph is in the Traditionnelle collection, the dial has elegant brand-style dauphine hands and matching applied pink gold hour markers. The case is a beefy 42.5mm-wide, but it is only 11.7mm-thick, so the Traditionnelle Tourbillon Chronograph shouldn’t wear too large. The case is, however, water resistant to only 30 meters.

Going back to the dial, I know it is classic, but why are brands seemingly required to print tachymeter scales on two out of three chronograph watches? No one has used these scales for so long, and it seems like a shame that no one has thought about some type of scale to be used with a chronograph that might have more contemporary relevance. Think about it, we value these watches for not molesting our eyes with unnecessary decor or spurious design elements. All the while, we go wild for markers on chronograph dials that no one has actually needed to use in 40 years. I’ll let Vacheron Constantin slide because “Traditionelle” is in the name of the product, but moving forward I’d like to watch designers to pretend like people might want to use these watches today for some purpose other than to wrist-strut as a tycoon might.

Borne of the grand complication department at Vacheron Constantin, the Traditionnelle Tourbillon Chronograph is, nevertheless, very intellectually accessible because its appeal is so visceral. Sure, it has a high cost of entry, but it is a traditional Swiss tourbillon with a Seal of Geneva-signed movement. If you aren’t among the elite few who can afford all that hand-finishing, then perhaps the TAG Heuer solution is a viable option for you. I’m looking forward to putting this Vacheron on my wrist. Price for the 18k pink gold reference 5100T/000R-B623 Vacheron Constantin Traditionnelle Tourbillon Chronograph is $197,000 USD. Learn more at the Vacheron Constantin website here.