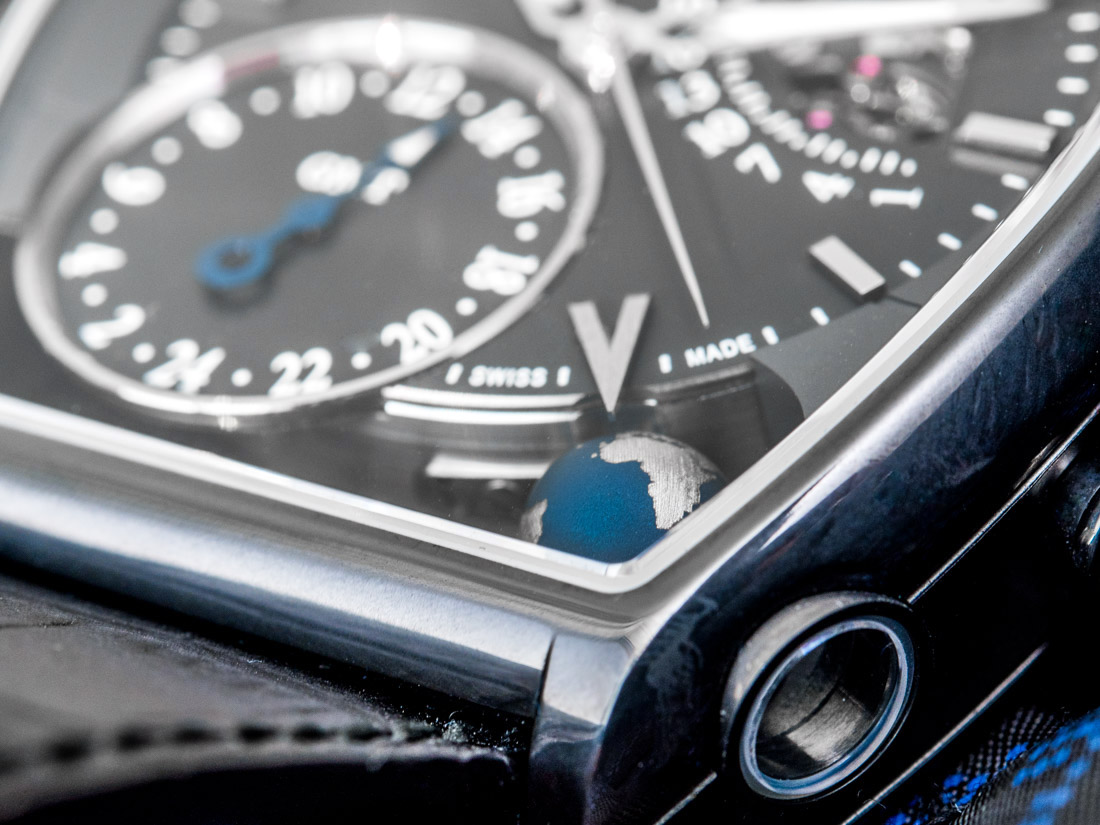 There is something tirelessly cool about watches with globes on them, which should explain why we’ve seen a recent uptick in world timer watches from small and big brands alike. There are, however, far fewer watches out there with three-dimensional globes actually in them, rather than represented on the dial, and the Vicenterra GMT-3 Tome 5 Titanium Black Máté is one of the handful – and probably the least expensive of them all. Vicenterra, not being a household name in the watch industry, is pretty much a one-man show established, run by, and founded on the genius of Vincent Plomb. Because the brand doesn’t have some crazy (or invented) history, we’re spared from discussing that and can jump straight into learning how the Vicenterra GMT-3 Tome 5 Titanium Black Máté faired over its few weeks that I have had it in for review. At this point, I am inclined to find something like the watch we are discussing today more impressive than major brands throwing major money at R&D departments to create something ruinously complicated. You see, the Vicenterra GMT-3 Tome 5 Titanium Black Máté’s unique functionality and consequent dial layout was conceived, developed, and made entirely by Vincent, who used what for long has been referred to as a “workhorse movement,” the ETA 2892. This base movement runs at 4Hz, has a power reserve of 42 hours, and enough torque to tenderize an elephant – almost. This made it ideal for Vincent to develop a proprietary Vicenterra module that goes on top of the base caliber. The module doubles the base’s 21-jewel count to 42 and, more importantly, adds functions such as a large day-night indicator at 12, a GMT dial at 7, a retrograde date at 2, and of course, a spinning globe at 5 o’clock. The functions can either be adjusted via the crown or, for the GMT and the globe, via their respective pushers set into the left and right sides of the case. This allows for easy setting and, in fact, the display of time in three separate time zones as the adjusting pushers work well with a solid click, giving away the treats of a well-designed module. When you’re traveling, the main hands will indicate your local time, and you can adjust the GMT sub-dial’s hand in one-hour increments to indicate home time (or vice versa when you’re back at base). You can also adjust the globe that makes a full rotation in 24 hours in one-hour jumps to act as a fairly difficult-to-read but still amazing-looking third time indication. The absolute star of the Vicenterra GMT-3 Tome 5 Titanium Black Máté is, of course, its 6.50mm-diameter, three-dimensional globe. An utter pain in the neck to source, I’m told, this tiny globe has blue coating for the waters and textured, silver-colored areas for the continents. The coolest thing about it is that it appears to be just hanging in its very own designated space inside the case, mid-air, rotating extremely slowly as its considerable weight is carried by the torque of the ETA 2892-A2 caliber. The globe is proudly on show from not only the front but also through small sapphire windows set into the side and back of the case, with the latter labeled “A l’autre bout du monde” or “On the other side of the world.” I’d not get too philosophical about this because you either find it fascinating or you don’t, but from my time wearing the Vicenterra GMT-3 Tome 5 Titanium Black Máté around, I can report that I never grew tired of seeing this massive celestial body that we call our home distilled into something smaller than a centimeter and under my control. While the globe could be linked to the GMT and used as a sort of a day-night indicator for it if you so desired, I never found myself using it as a true reference for anything. Rather, I just took whatever passing moment I had on the subway or mid-flight or when queueing somewhere to appreciate its fine detailing – and then to make it spin a few times around its axle as I set it in motion via the pusher right next to it. Another fun element to it is, of course, how the large, applied Roman 5 index points to a spot somewhere roughly in the Northern Hemisphere.