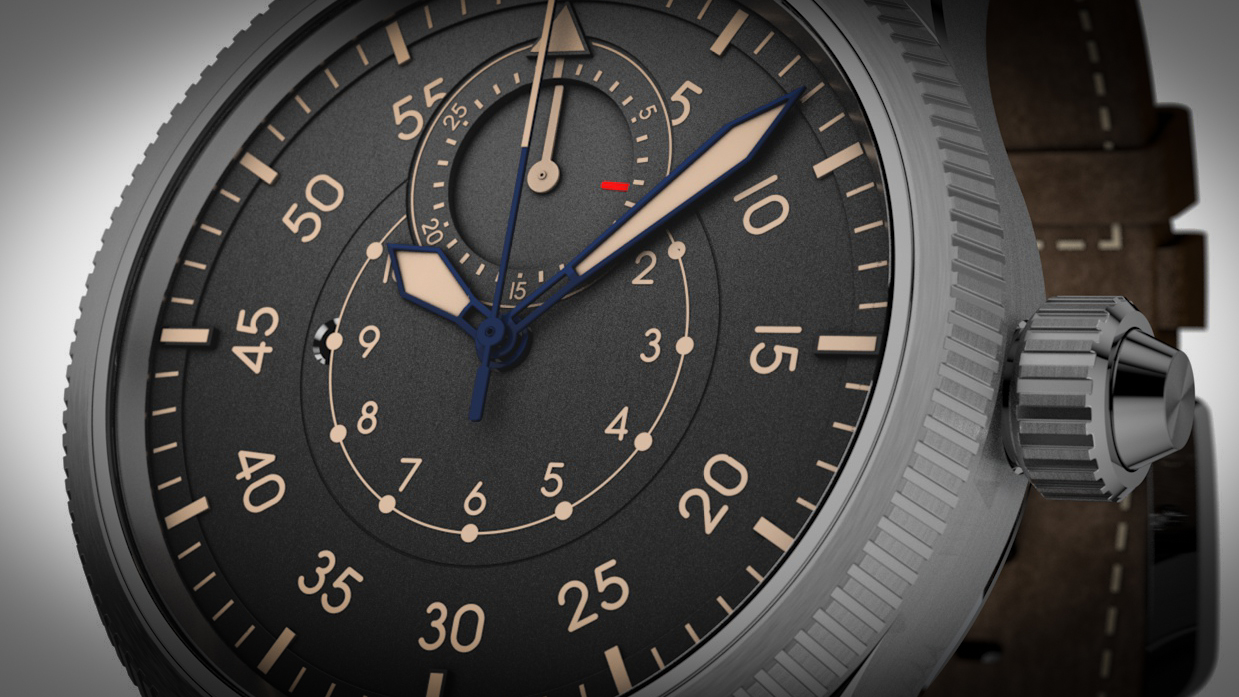 When Steve Jobs stepped onstage at the Moscone Center in San Francisco’s SoMa district in January 2007, nobody knew that the iPhone in his hand spelled doom for tech incumbents like Nokia and Blackberry. In the case of the latter, the wretched decline of what was once the “it” item for jet-setters, rappers, and businesspeople worldwide took place over the course of more than a decade. Those still clinging to their Blackberrys mostly did so because of the irreplaceable physical keyboard, a niche feature that, in the smartphone era, had gone the way of the dodo. So when in 2022, Shenzhen-based device manufacturer Unihertz announced the Titan Slim, “Crackberry” addicts rejoiced. For the first time in a long time, physical-keyboard phones are back in all their tactile, clickety goodness.

What does this story say about the current trend toward bespoke, niche products? One reason is the “sameness” of many modern designs. Eventually, every “slab” smartphone ends up looking pretty much the same. So, too, with certain horological styles. After all, there are only so many ways to design a dive watch. And when the world’s most famous brands often have a 100-plus-year heritage to protect, making wild design gambles isn’t all that attractive. That leaves much of the design innovation to the startups. And so, we arrive at Watch Angels. 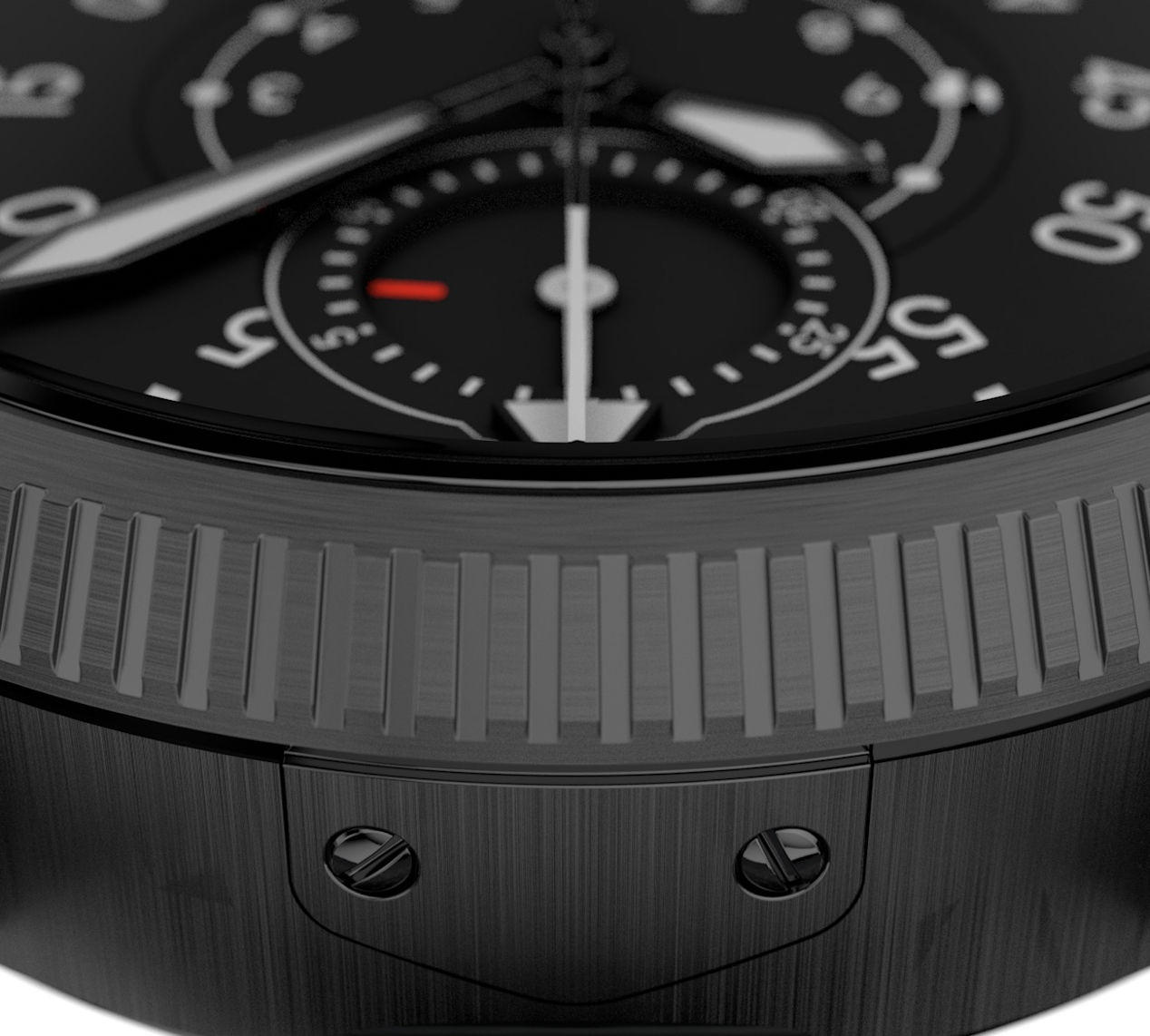 Watch Angels positions itself as a “crowd manufacturing” enterprise, as opposed to a crowdfunding venture. Whereas platforms like Kickstarter and Indiegogo seek to connect watch designers with watch enthusiasts (with the crowdfunding platform standing in the middle), Watch Angels is collaborative and shortens the chain, taking care of both the funding platform and the manufacturing, which takes place in-house. This ensures that project backers pay zero premiums to outside agents. In other words, every dollar goes straight to the manufacturing process and to the product specs, therefore making a more efficient sequence, overall. While the joke du jour on watch forums pokes fun at crowdfunded projects that claim to “cut out the middleman,” Watch Angels (which is also behind the Waltham re-launch and the first fully circularly produced Swiss-made watch) has actually done so — and better than anyone else thus far. 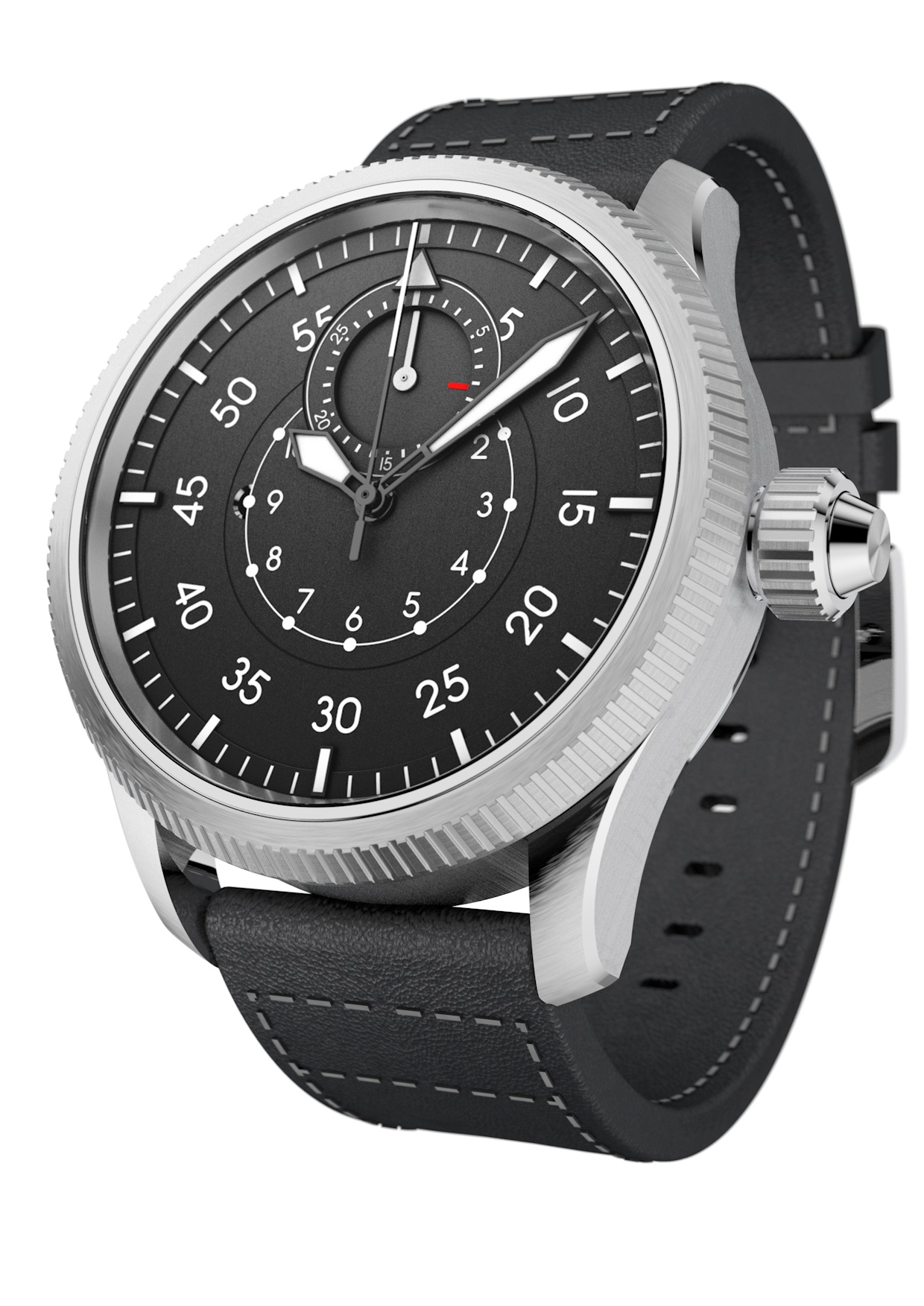 It’s within this paradigm that Watch Angels brings to market a compelling new take on the military observation watch: the B-Uhr Baumuster B. Satisfyingly named (go ahead, say it out loud), the Baumuster B is manufactured at Watch Angels’ facility in Mendrisio, Switzerland, and has been created in collaboration with watch expert and collector, Gisbert Brunner and the Watch Angels community. Thanks to historical and exacting standards that defined what constitutes a B-Uhr watch, these pilot’s watches are some of the most rigid in terms of style variance. Breaking out of this mold (while respecting the original specifications), the Baumuster B introduces some bold features, such as non-vertically oriented numerals and an ingenious 30-minute chronograph subdial. Chronometer certified, the monopusher Baumuster B is the most innovative update to the well-loved B-Uhr style in quite a long time. 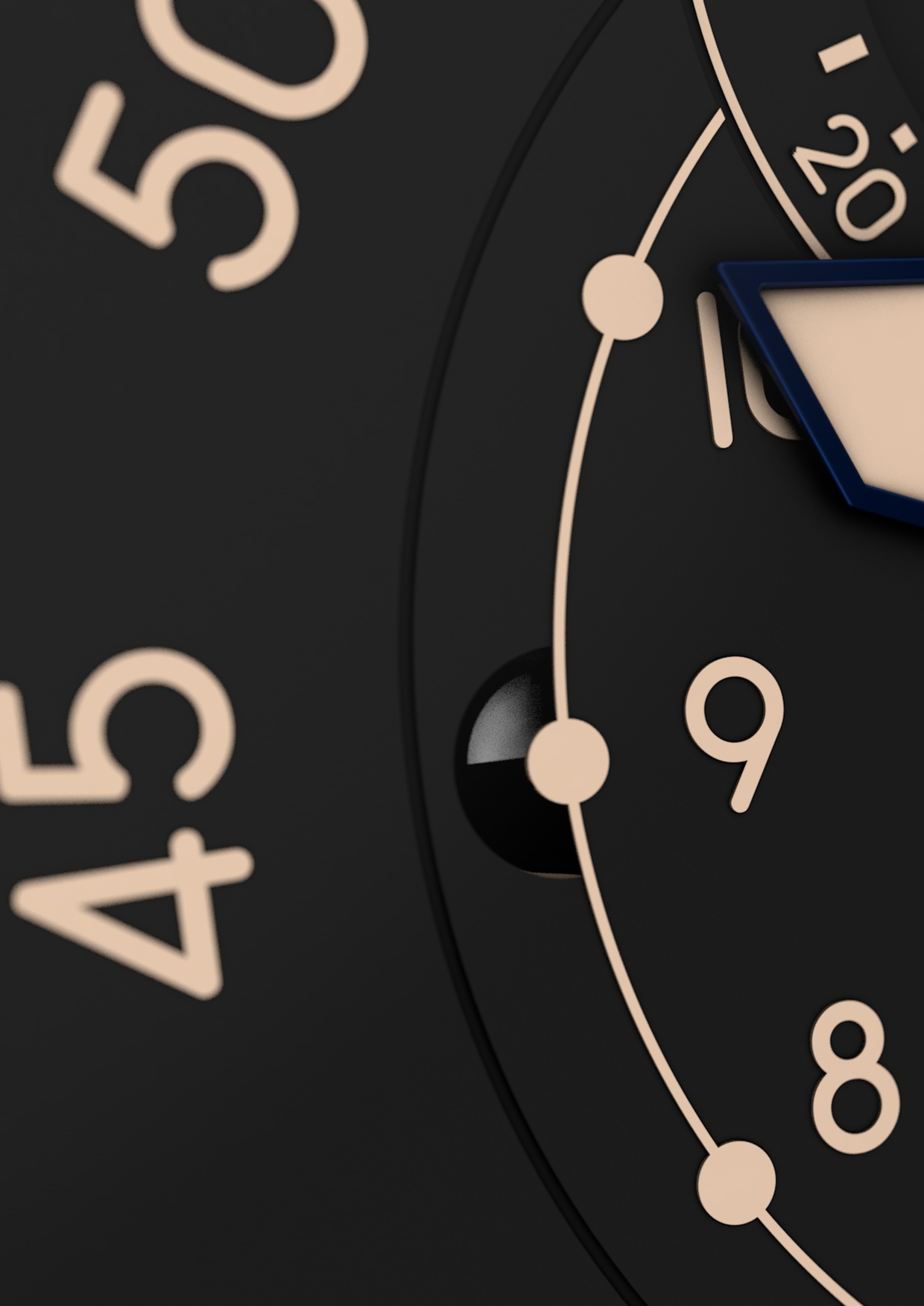 One feature sure to be a crowd-pleaser is the bi-directional bezel and its mechanical interface with the chronograph subdial. Simply depress the bezel, turn, and the red-marked minute disc at the subdial’s center turns. Aligned with the subdial’s minute track, the user can then simply press the monopusher crown to begin chronograph timing. Eventually, the subdial’s white minute hand will reach the red reference point. The beauty of this functionality is, of course, that it tells you both how close to or how far past your timing point you are. As with a rotating bezel, if you set it for 10 minutes, start your timing, then check eight minutes later, you’ll see you still have two minutes until you reach your goal. Check it again after 15 minutes have passed, and you’ll see you’re five minutes beyond your reference point. As a monopusher, another push will stop the timing while a third push resets the counters to zero with a gratifying snap.

Further innovation lies beneath the dial. In the absence of a running seconds hand, the Baumuster B relies on a dial aperture at the 9 o’clock spot, through which a visible white and black disc rotates, indicating that the movement is functioning. 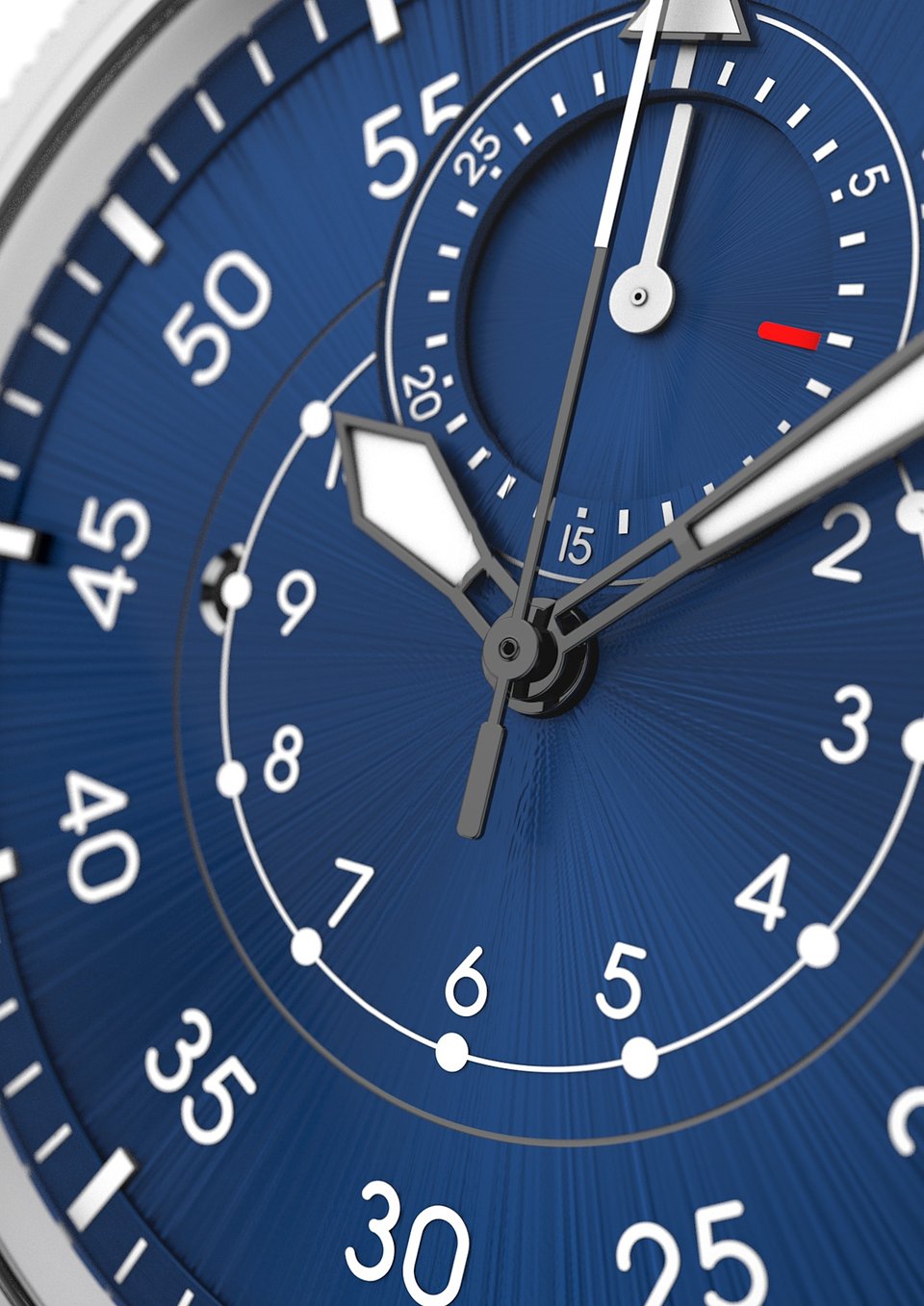 Powering this is the Sellita SW500 MPC b automatic chronograph movement. With 62 hours of power reserve, this is no slouch, as evidenced by its official Swiss chronometer certification. Further bolstering the Baumuster B’s credentials as a tool watch is the 10ATM rated, 44mm-diameter case that holds the movement and a soft iron container to protect it from magnetic fields. Interestingly for a B-Uhr, the military markings on the reverse have been engraved directly on the container which is visible behind the sapphire of the display case-back. Depending on the version, white, gray, or Old Radium Super-LumiNova (of the X1 flavor) makes for a bright affair after dark. 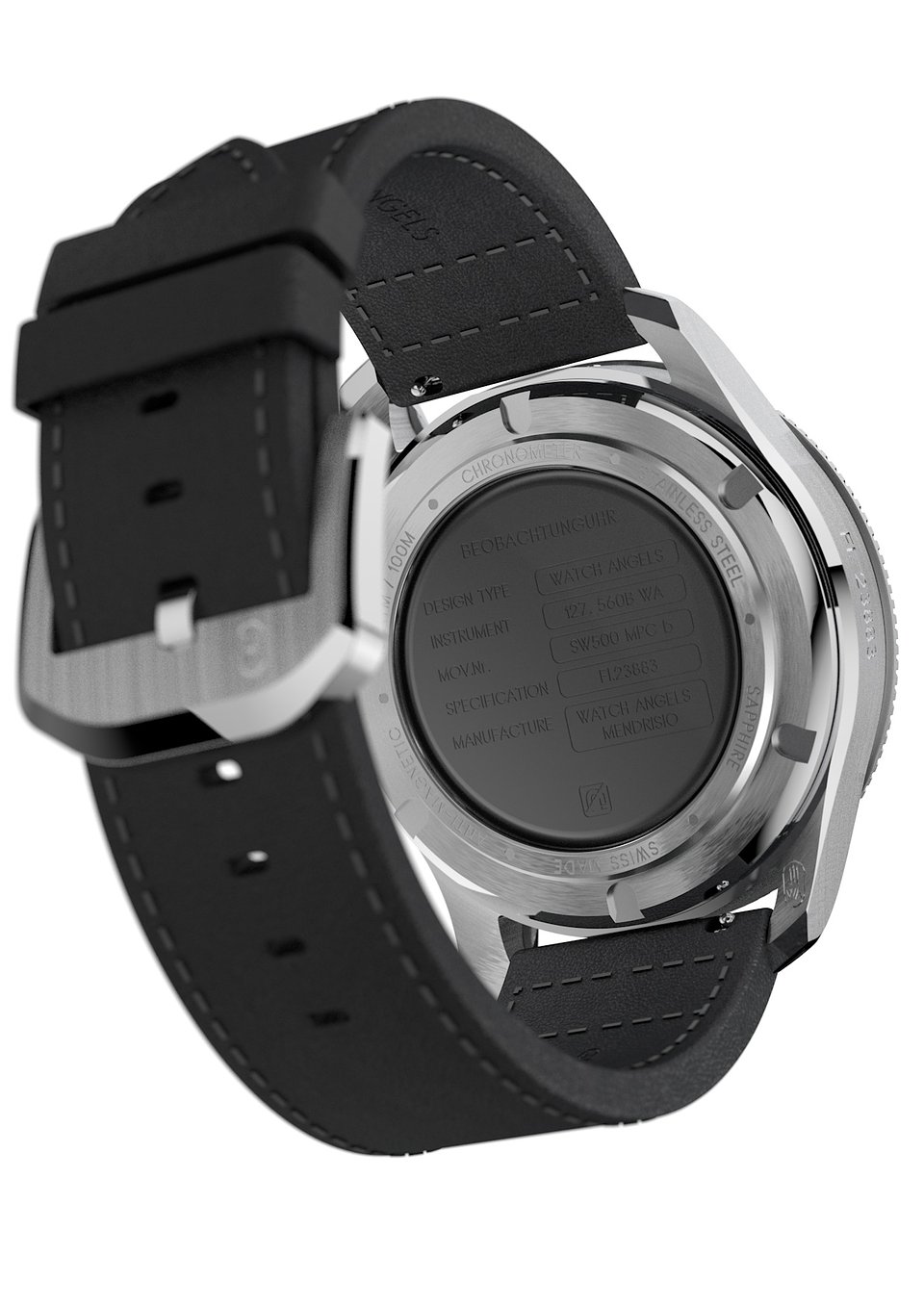 To that end, the Baumuster B is available in four distinct styles: Blue, Black, Vintage, and Stealth. All are steel, but the Stealth and Vintage make use of black and gray DLC coatings, respectively, while all variants come affixed to Genuine Italian leather straps with contrast stitching. And with a crowd-pleasing double-domed sapphire crystal with anti-reflective treatment underneath, Watch Angels manages to avoid the problem of splotches appearing on crystals as exterior coatings age. 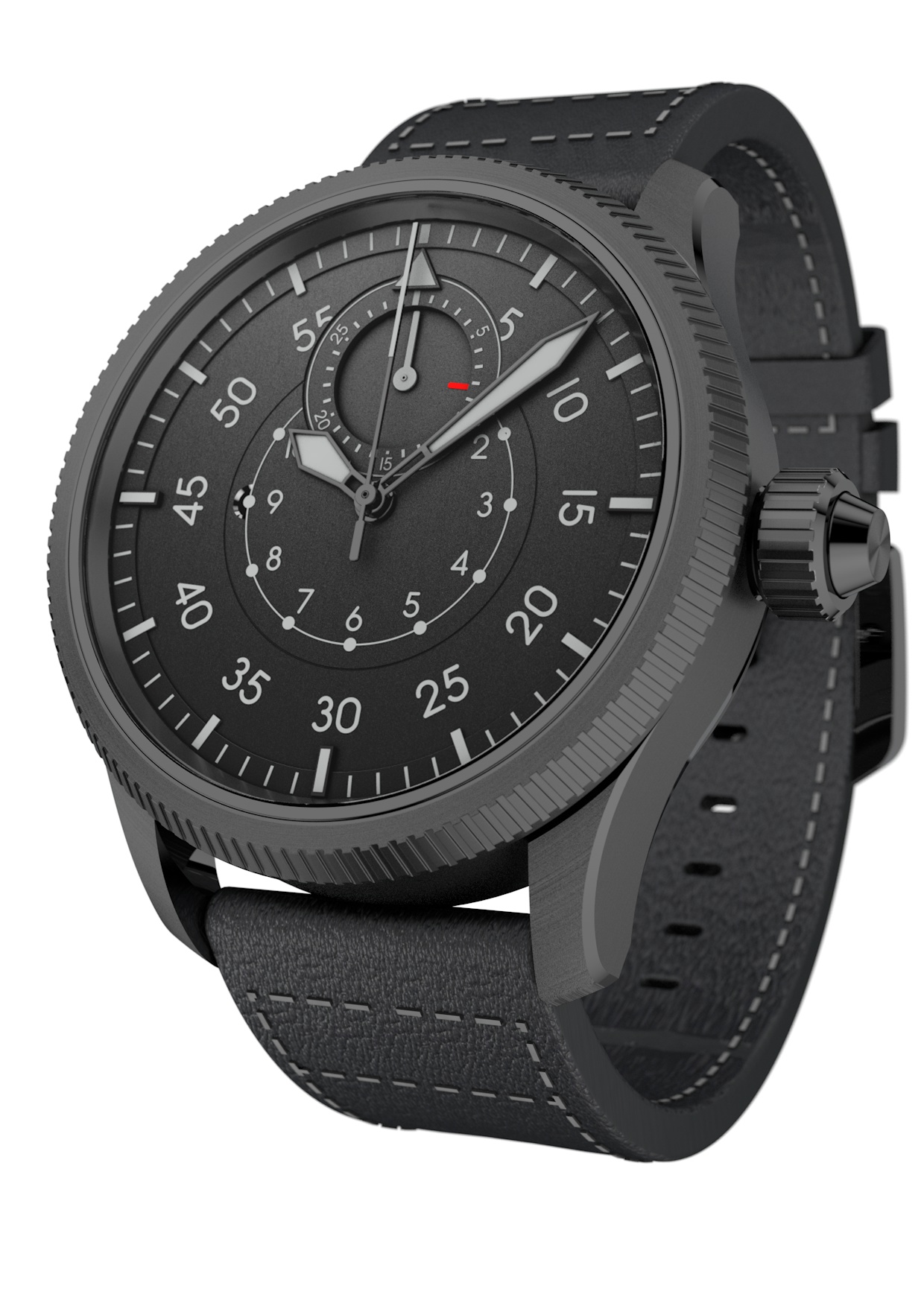 The Baumuster B might not be the iPhone of Swiss watchmaking. But that isn’t the point. By offering an avenue for independent designers and brands to pursue production of unconventional timepieces for watch enthusiasts, Watch Angels has opened a new chapter in the B-Uhr story. For fans of unique watchmaking, it’s a true blessing.

Watch Angels will produce just 70 of the limited-edition Blue and Black variants (1,890 CHF) and 50 each of the Vintage and Stealth types (2,190 CHF). Backers can sign up to secure watches at www.watchangels.ch. Deliveries are scheduled for December 2022.