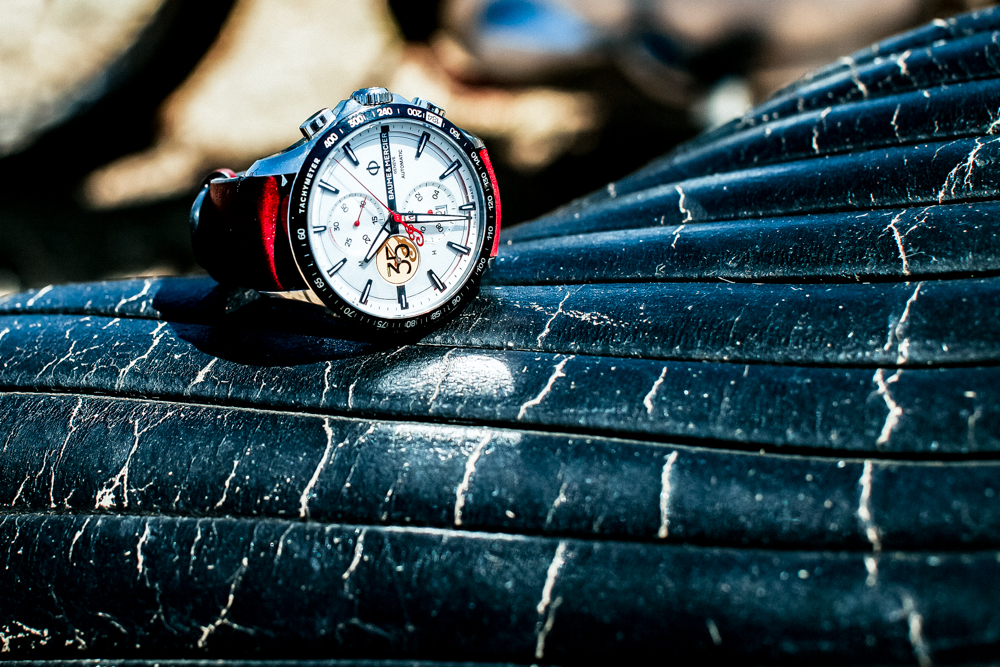 This past August I had the pleasure of attending Wheels & Waves California (sounds more like a theme park than a motorcycling event), which is a complementary mini-event to the original Wheels & Waves held in Biarritz, France. Initially a small double-digit gathering of friends and family who ride and surf together, it has since become an annual migration of motorcyclists and surfers to the numbers exceeding 10,000 attendees, completely open to the public. The stateside version, on the other hand, was an invitation only event staged in Cayucos, California. It’s a sleepy little wild wild west, Cowboys and Indians-like beach town consisting of a skate park, two bars, three cafes, and a well-known taco shop serving up delicious smoked albacore tacos. Unveiled at the event was the Baume & Mercier Clifton Club Indian Burt Munro limited edition watch. 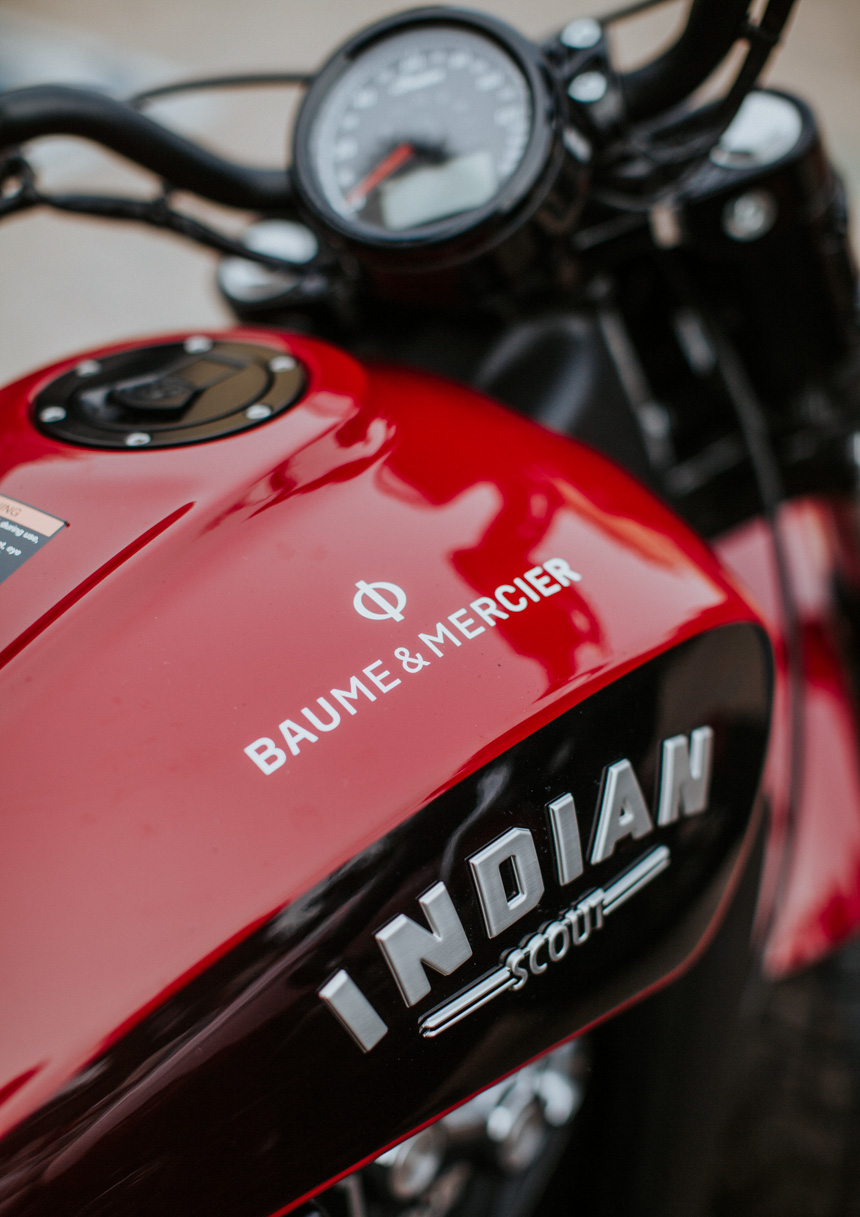 Indian Motorcycle, established in 1901, is the oldest American motorcycle brand and Burt Munro contributed immensely to American motorcycling by helping define its culture and mechanical innovation along with setting a land speed record in 1967 on an Indian Motorcycle. Baume and Indian both referenced the long time tradition and parallel of timepieces and motorsports; both embodying the DNA of technology advancements and the pursuit of performance. Baume et Mercier told a catalytic story of watching Lee Munro race a modified Indian Scout at the Bonneville Salt Flats to commemorate his uncle’s historic record breaking run 50 years ago, and how it solidified their wanting to partner together. 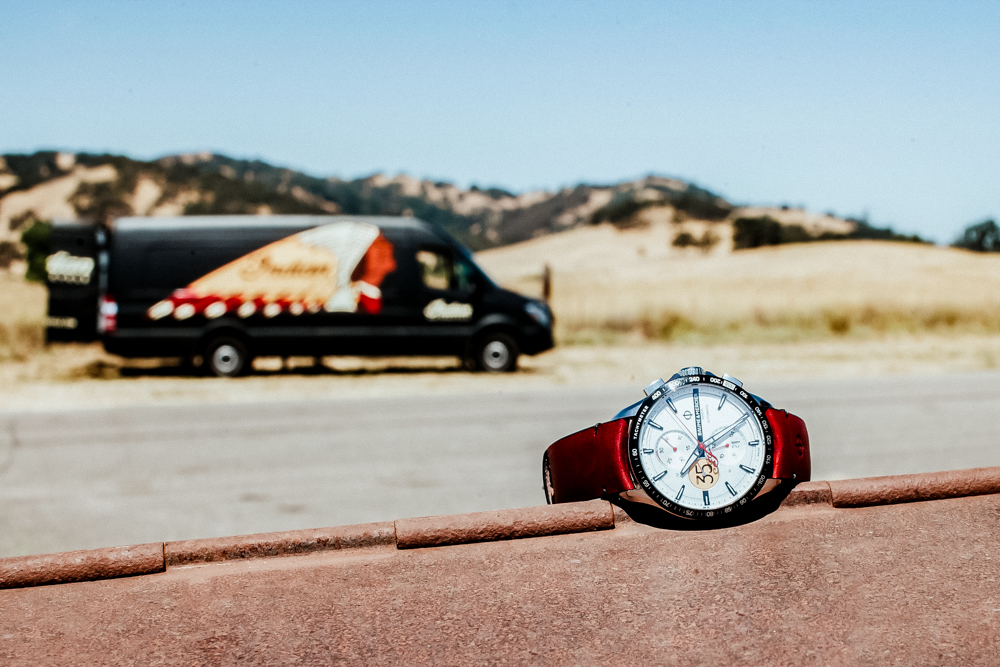 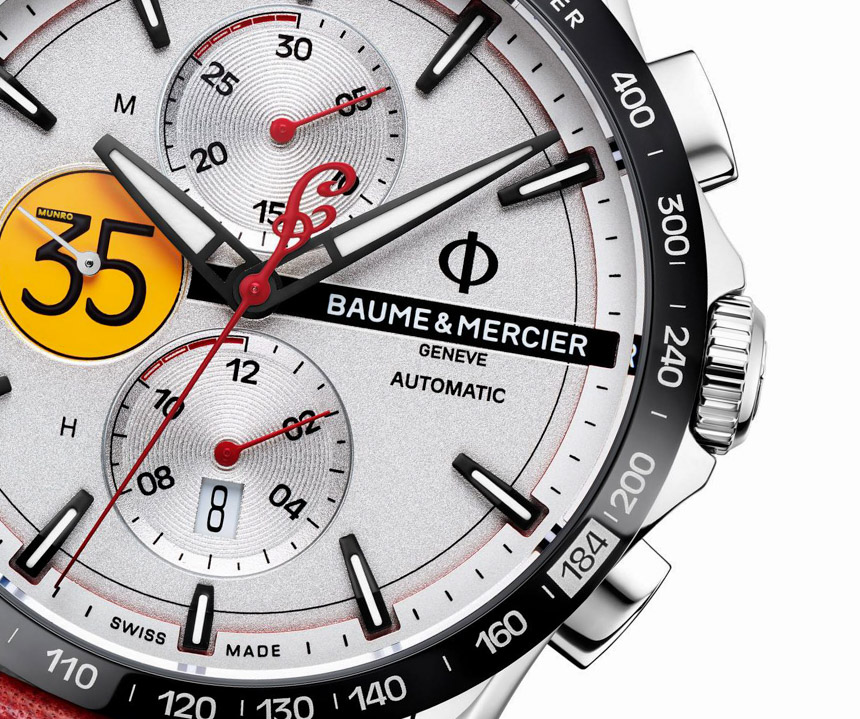 Earlier this year, Baume et Mercier released its Clifton Club “hero” collection of sports watches at SIHH with its CEO, Alain Zimmerman, stating that they’re focusing on younger clientele. If you haven’t seen the slogan “Gentle Sportsmen,” the demographic for this watch is the bicycle polo playing, big wave catching, vintage car driving, alternative sports athlete that wears nicely tailored, slim-fitting suits to casual gatherings and club meetings. I wear a suit pretty regularly, and never once did I feel like it was great attire to ride a bike, push a skateboard, or catch a wave. Although, when it comes to driving a car with its top down and feeling like James Bond, well, I’d have to give them a gentlemanly nod. 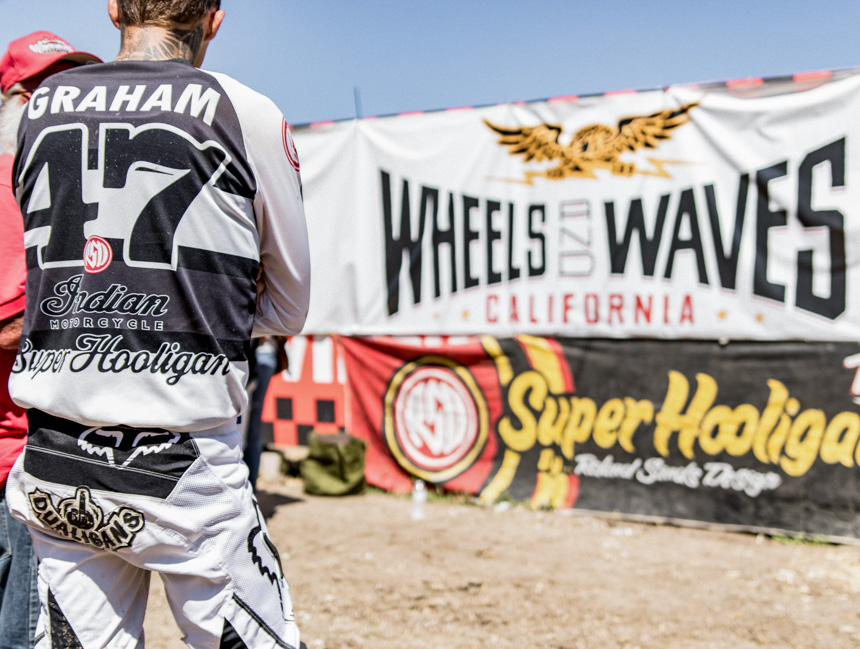 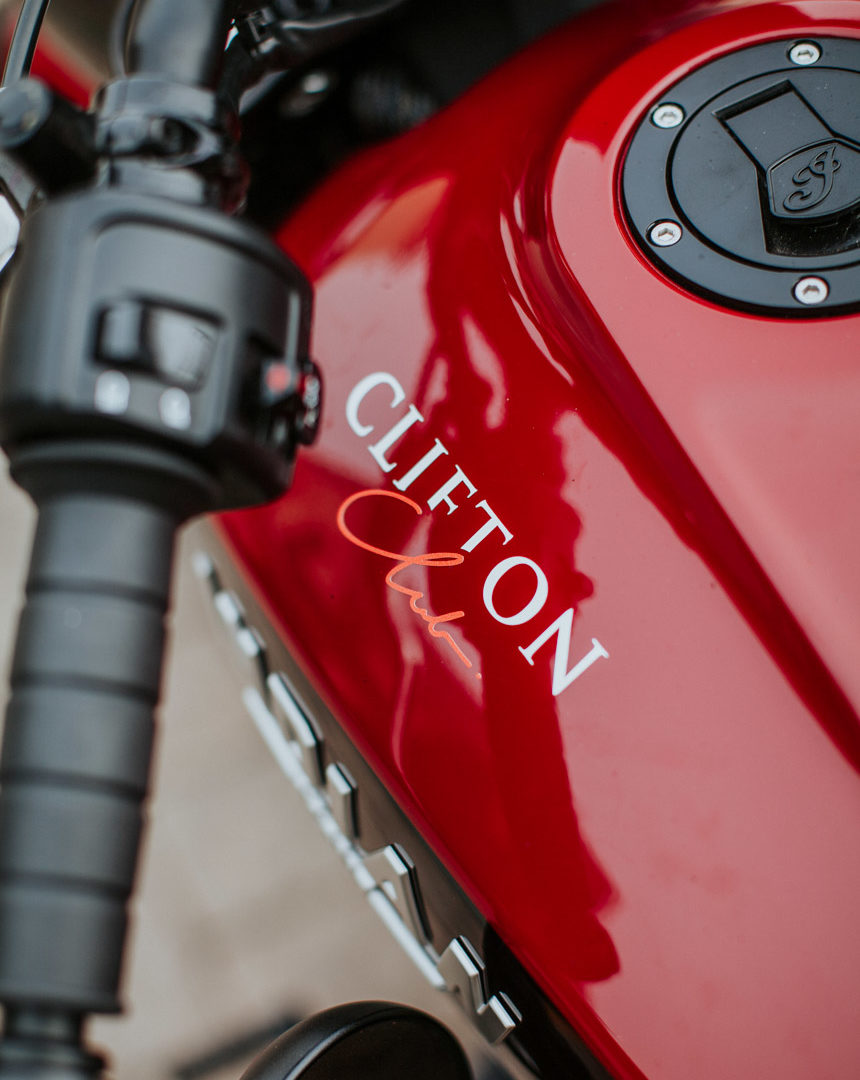 In my mind, Baume et Mercier didn’t have a customer demographic that was young, adventurous, or sporty, and certainly not part of the counter culture that is cafe racers and vintage customs. I always thought of them as a watch company for anniversary gifts, a thank you gift you purchase for your parents after your first “real” paycheck, a fashion watch for a girlfriend or spouse, possibly even a graduation gift. The price point for a Baume et Mercier is around a few thousand; just about the cost of a vintage fixer upper. So, why buy a watch when you could be wrenching on a Harley, Norton, or Ducati? 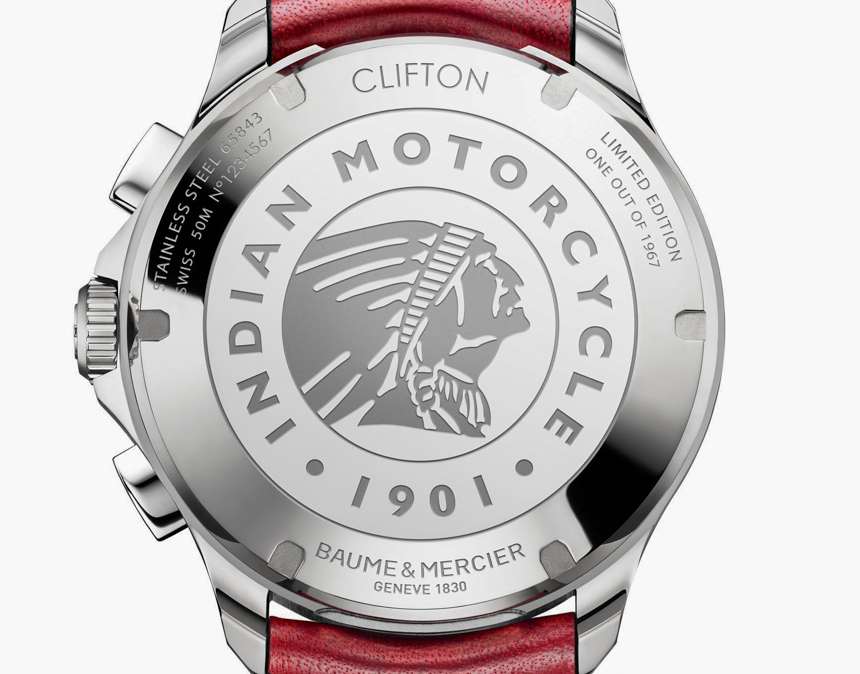 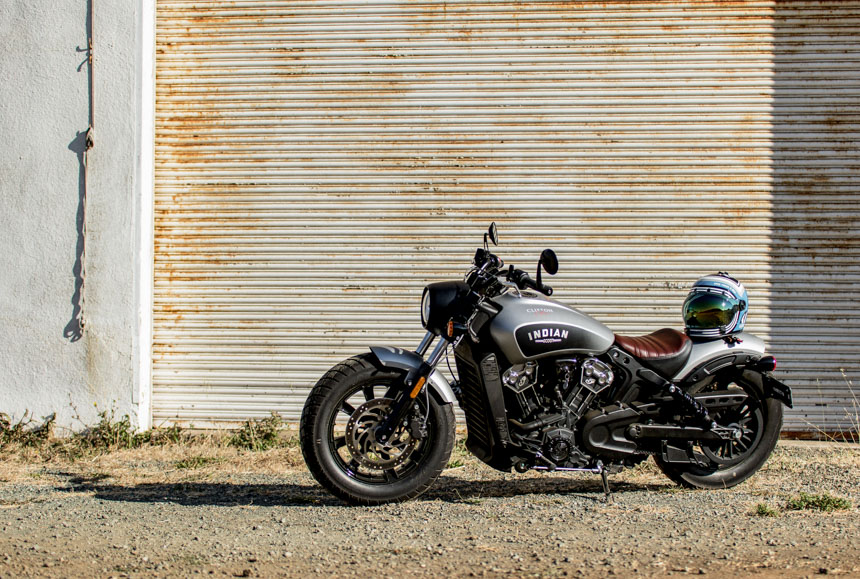 The marketing relationship between “Gentle Sportsmen” and collectible classic cars, such as the Shelby Cobra, makes sense, but to be related to cafe racers, super hooligans, grassroots racers, dirt drifting maniacs, and leather clad club members was a concept I needed to get my head around. Sure, if they were trying to break into the MotoGP crowd with a more affordable timepiece, it’d be a no brainer, but a Wheels and Waves motorcycling event full of kickstarts, bandanas, and tattoos, sounded a bit odd. 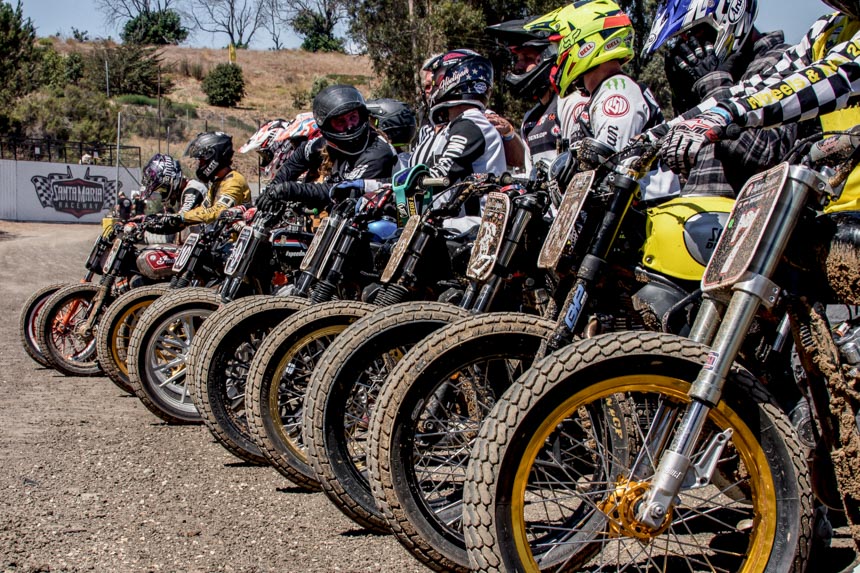 The attendee list was regulated to 300 tastemakers, influencers, top-of-craft artisans, racers, and modifiers. The three day event would consist of long joy rides, flat track racing, Sons of Anarchy-esque convoy expeditions, an unconventional drag race, and a secret barn where us “outlaws” could hide and reminisce about the day’s tomfoolery. 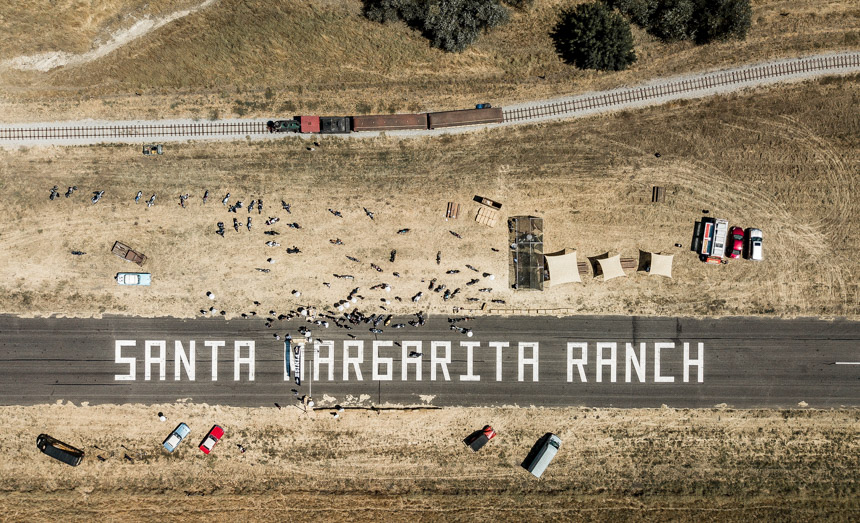 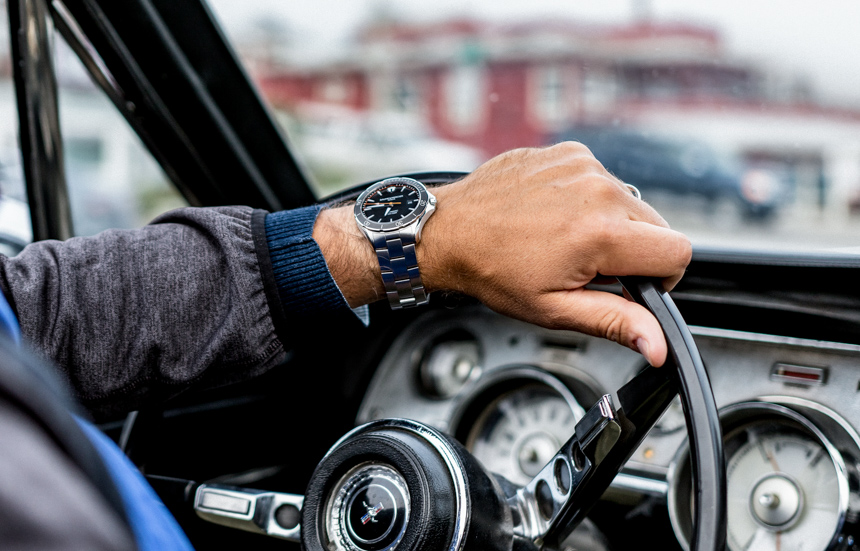 Vincent Prat and Paul d’Orleans were the organizers of Wheels and Waves California and many of the motorcycle industry’s trendsetters and influencers were in attendance that day including Jamie Robinson from MotoGeo, Roland Sands from RSD, and even Steve Caballero, a world famous pro skater, just to name a few. Brands such as Alpinestar and a slew of all-star modification garages were present as well, like Deus ex Machina, Revival Cycles, Brat Style, and Suicide Machine Company, just to name a few. 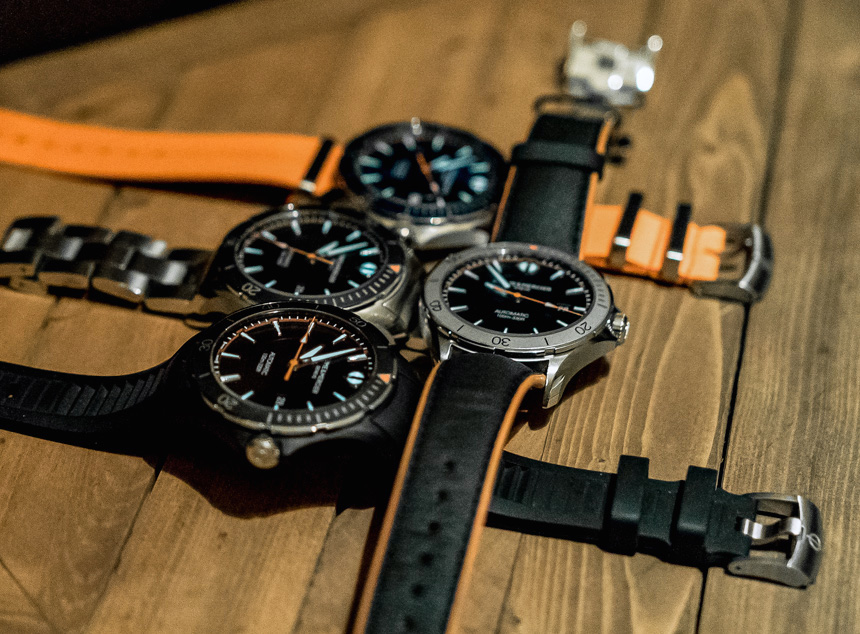 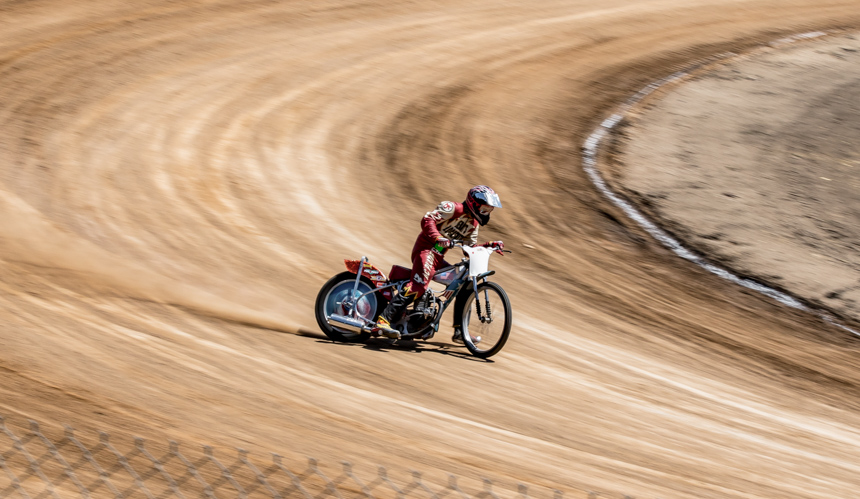 The event was tightly packed with all types of motorcycle “anti-racing.” Race day one was at the Santa Maria Raceway, where I’d spend my hot afternoon running around the dirt track, photographing and watching the Vintage and Super Hooligan flat track races. The sweltering sun required the race organizer to deploy the watering truck onto the dirt track to get it nice and slippery for the races to come and boy were they sideways. 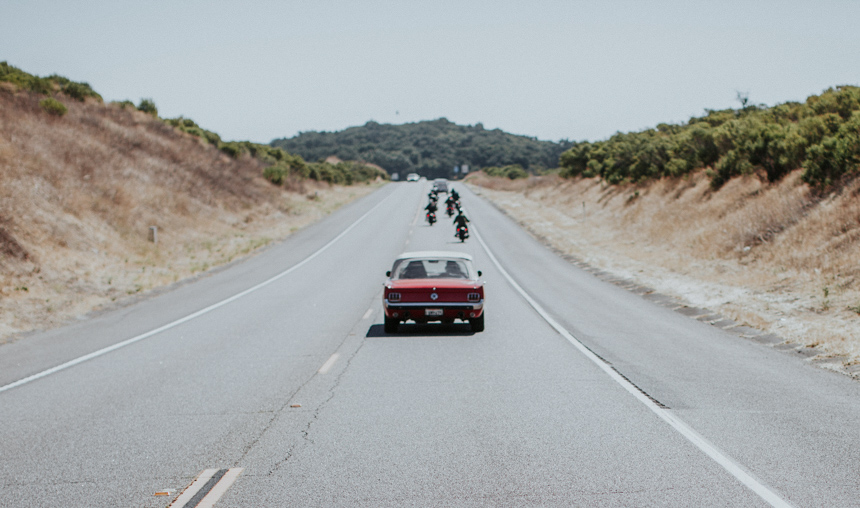 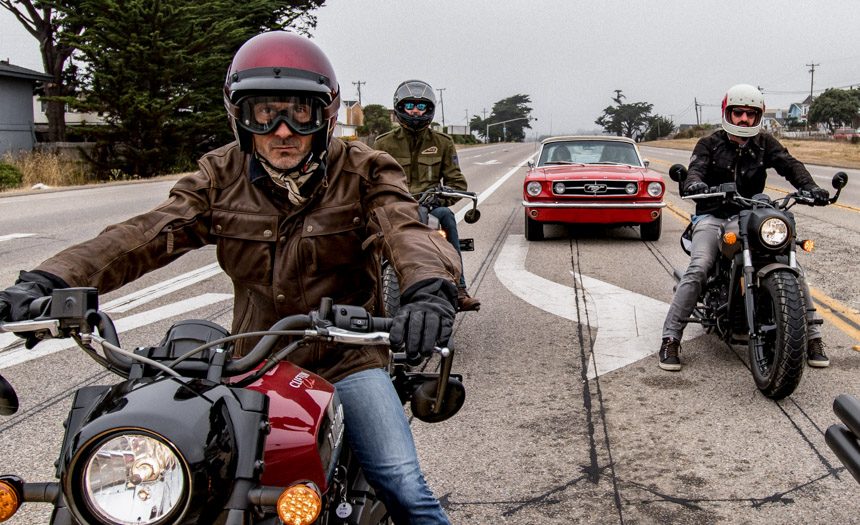 Race day two had me roaring towards Santa Margarita, where I’d embark on a private landing strip for Crooked Sprints. Drones above, the finish line banner dancing in the dry 105 degree weather. One by one, motorcycles would trickle onto the sticky hot tarmac. One hundred feet away, a decommissioned train on what seemed to be a railroad going to nowhere, became a shady refuge from the heat lamp above. Still, more racers arrived, proudly piloting their custom creations, waiting for when the checkered flag would drop for them. 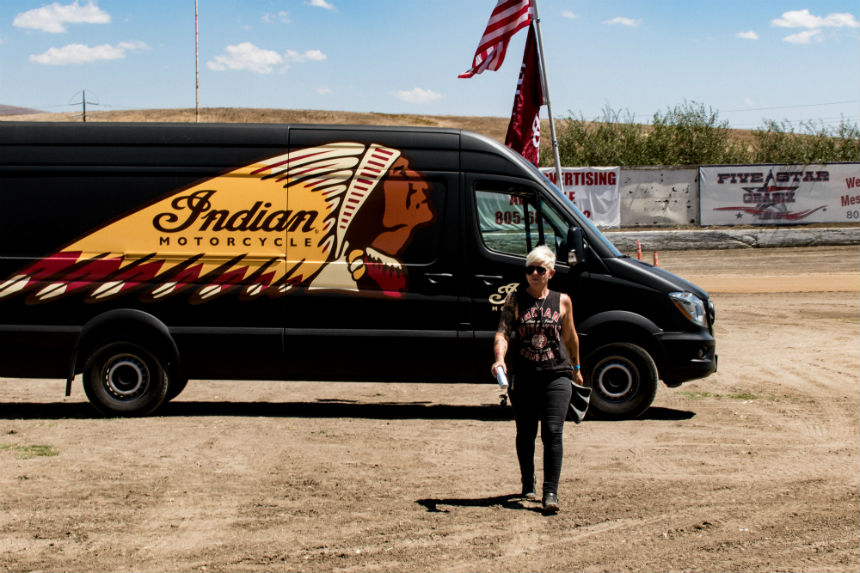 Racing would ensue, the thunder of pistons bashing away as the riders pinned back their throttles at the start line, slamming their brakes a ¼ mile later, then ripping through the gears again back to where they had started from. A combination of drag racing and barrel racing; each rider would start in neutral with their left hand on their helmet, and when the flag dropped, they would shift into gear, race down to the barrel, whip a u-turn and return-to-home as fast as they had left it, all while riding side by side with their competitor.

In between all the racing would be an easy, spirited, peg dragging 3 hour joy ride starting along HWY 101 then into Templeton, Paso Robles, and Big Sur. 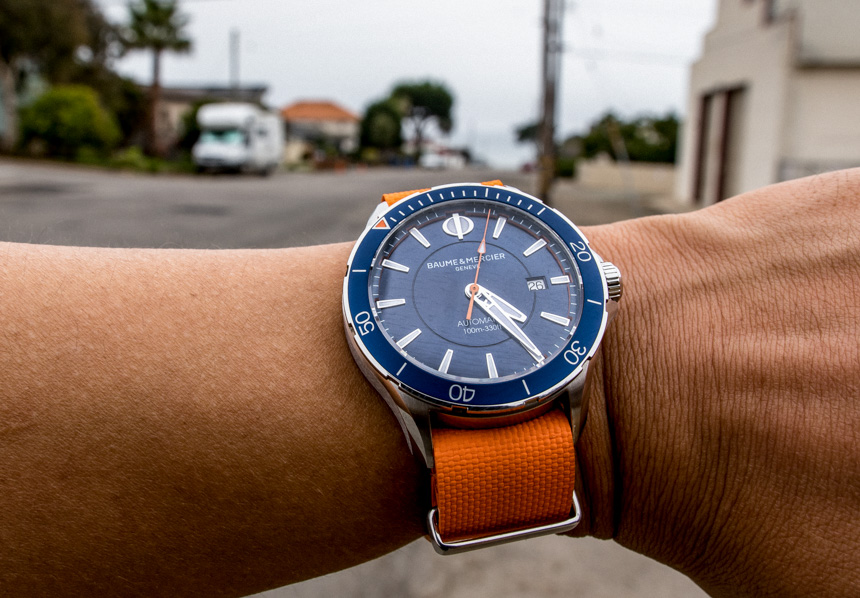 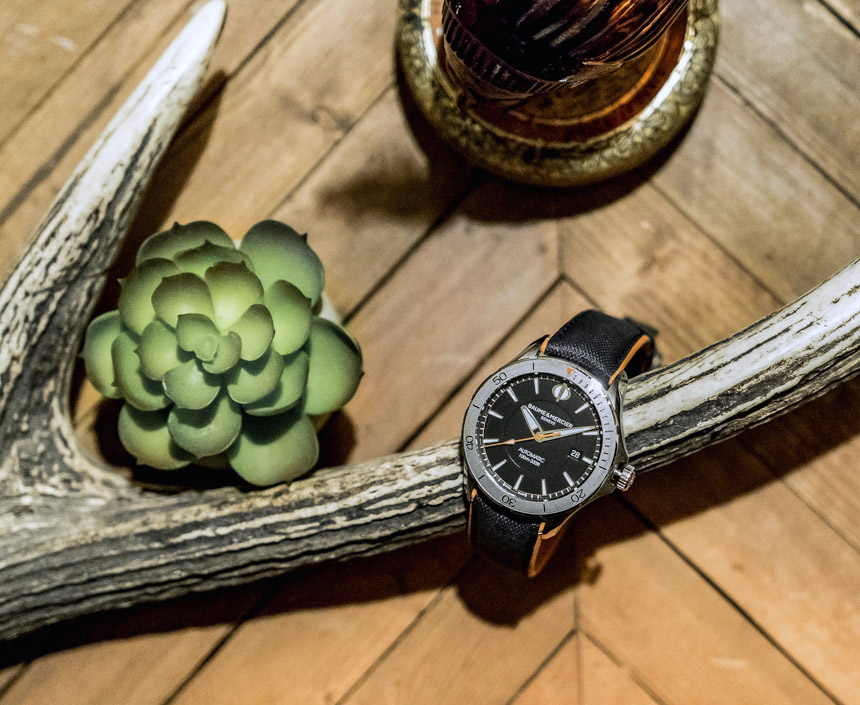 The weekend would be all about the Clifton Club collection of watches and, later in the weekend, the unveiling of the Burt Munro Tribute Limited Edition. I was looking forward to trying out this collection as I had yet to get some hands on time with these watches. I’m a sucker for daily use divers, so my first watch of the weekend was the stainless steel Clifton Club with a sunburst satin-finished blue dial, strapped to a textured orange rubber NATO. The bold color combination was fitting for the coastal town setting as it reminds me of the ocean and the sun reflecting off the water’s surface. The rubber NATO was a great touch as it felt like a mini hi-viz wetsuit around my wrist and it was surprisingly comfortable, as the material would give a little during small impacts and vibrations with continual wear. The 42mm case size and the 10.3mm thickness fit snuggly around my 7.25 inch wrist, fitting comfortably under my riding gloves during long miles and hours of road vibrations. The Sellita SW200 movement isn’t glamorous, but it’s reliable and with all the road vibrations being subjected to it over this weekend, I wouldn’t have wanted it to be an in-house, handmade marvel.