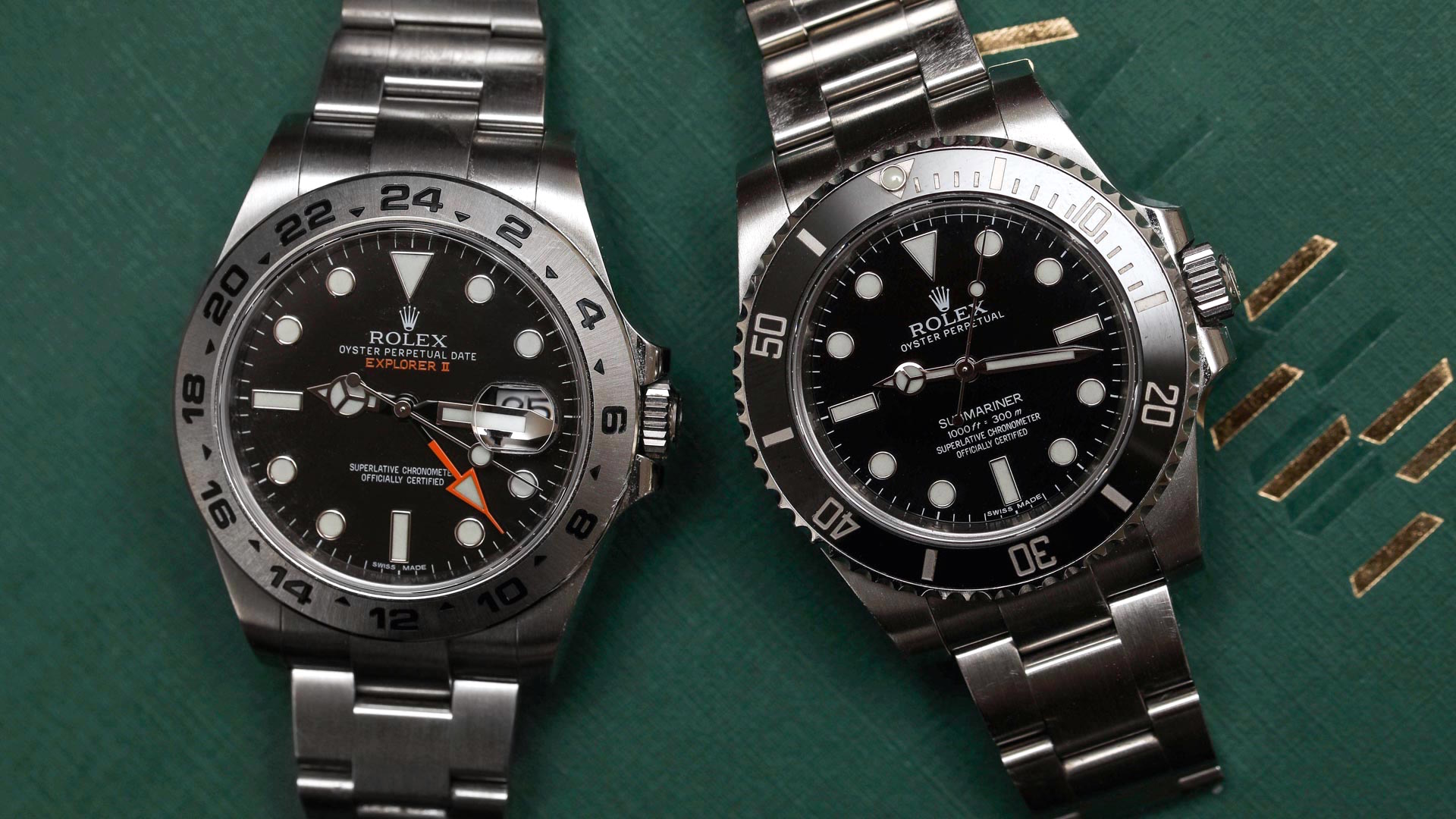 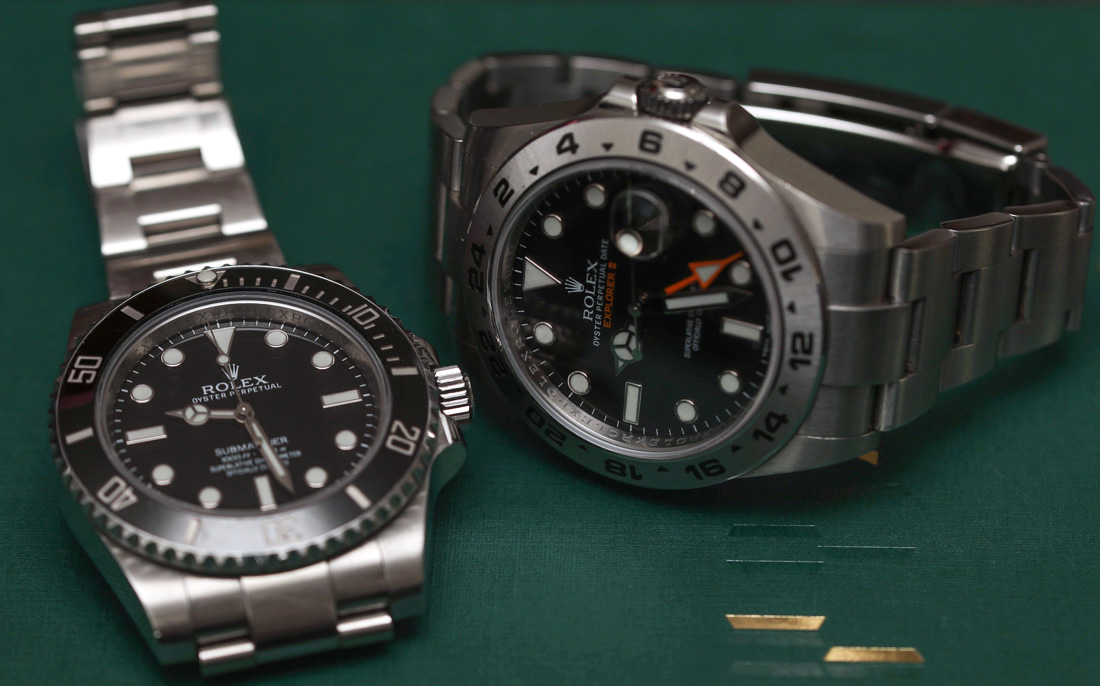 This is where the matter of taste comes in, which makes this comparison a little tricky. If you look up wristwatch (let alone Sports Watch or Dive Watch) in the dictionary, you would expect to see a picture of the classic monochromatic Submariner. It’s timeless, iconic, and a legend of design that’s been imitated countless times. That also makes it, well, a little boring and uninspiring for a lot of people. I suspect that for a collector, the Submariner can get to be “old hat” at times though it is almost a mandatory component of a “respectable collection” at this point. 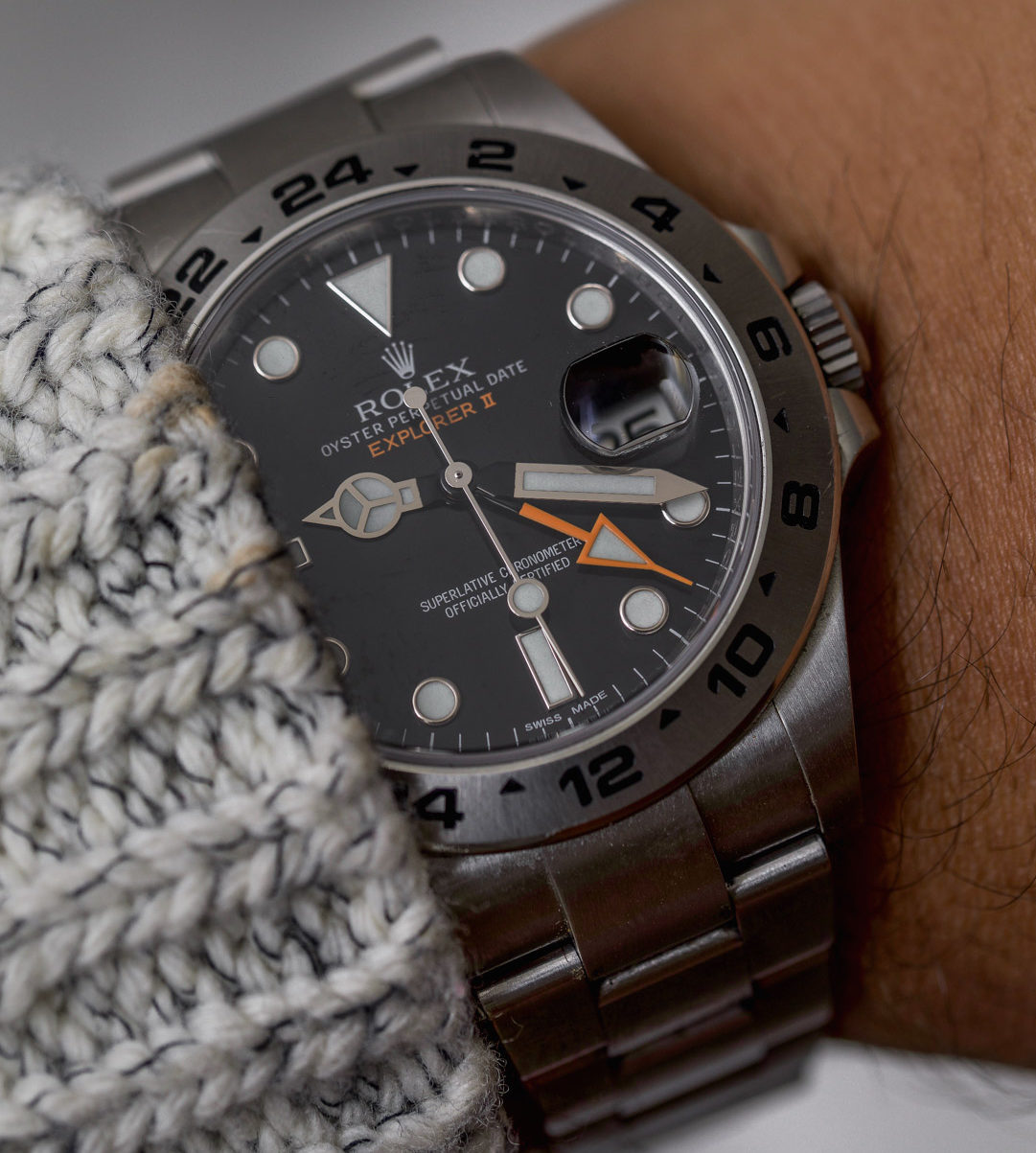 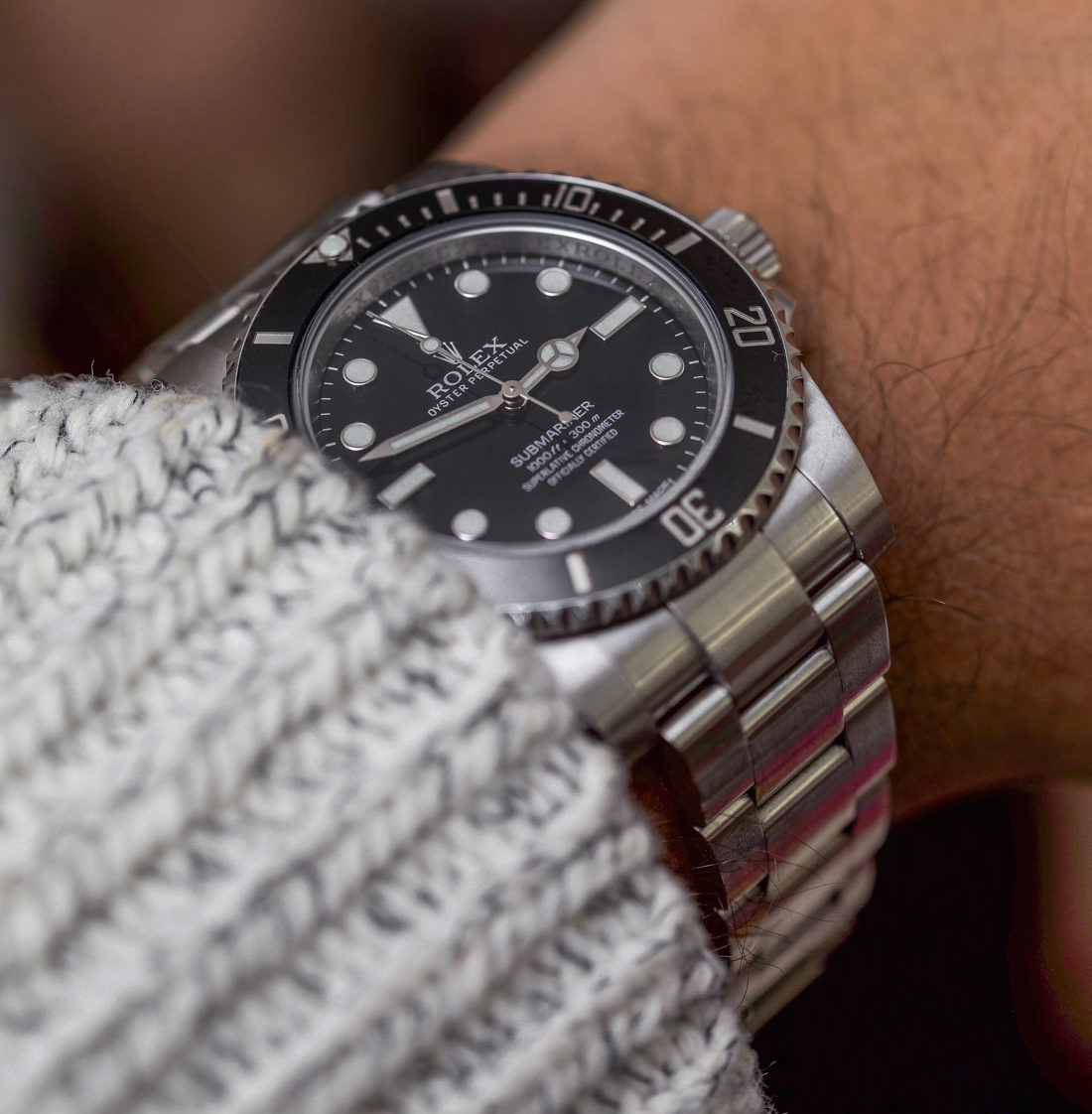 The Explorer II doesn’t really look like many other watches out there. It’s a unique piece that combines vintage aesthetics like the orange 24-hour hand in a contemporary and suitably luxurious case. The bezel may not be to everyone’s liking and I’ve heard some complaints that the 42mm case size is too big for some, but I personally hold neither of these qualms. Fortunately, there’s room in a collection for both of these pieces as one is a diver and the other provides the GMT function. 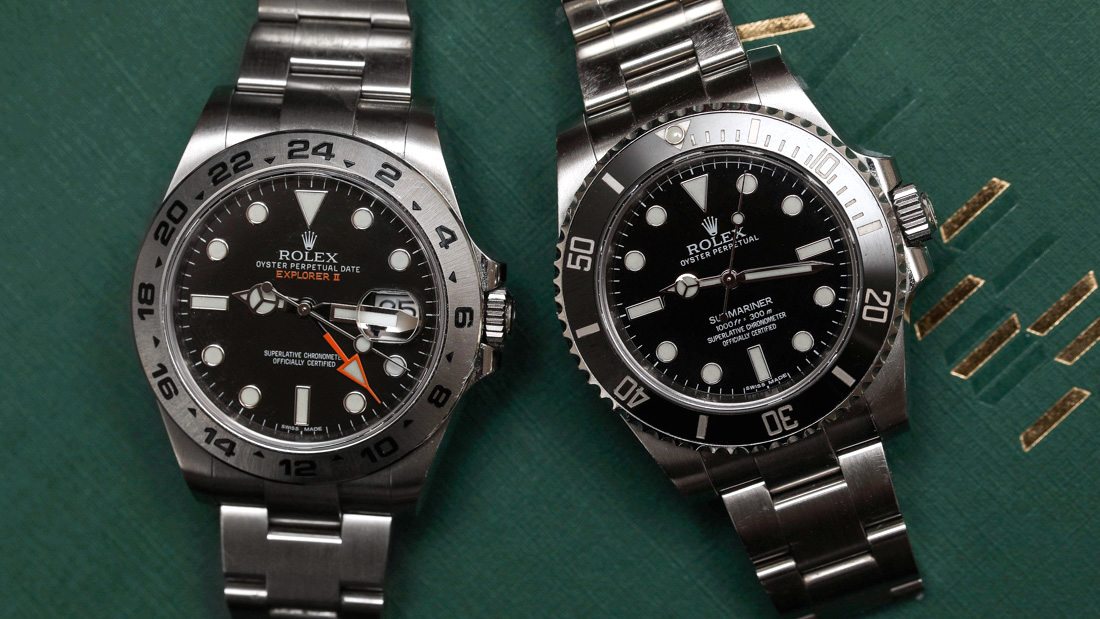 In all honestly, both watches are basically equally matched when it comes to their respective movements. The caliber 3187 used in the Explorer II boasts paraflex shock absorbers that the Submariner’s caliber 3135 doesn’t, however, so it is more resistant to impact or shocks. Both the 3187 and the 3135 are Superlative Chronometer (Rolex’s proprietary movement testing) certified and accurate to -2/+2 seconds per day. 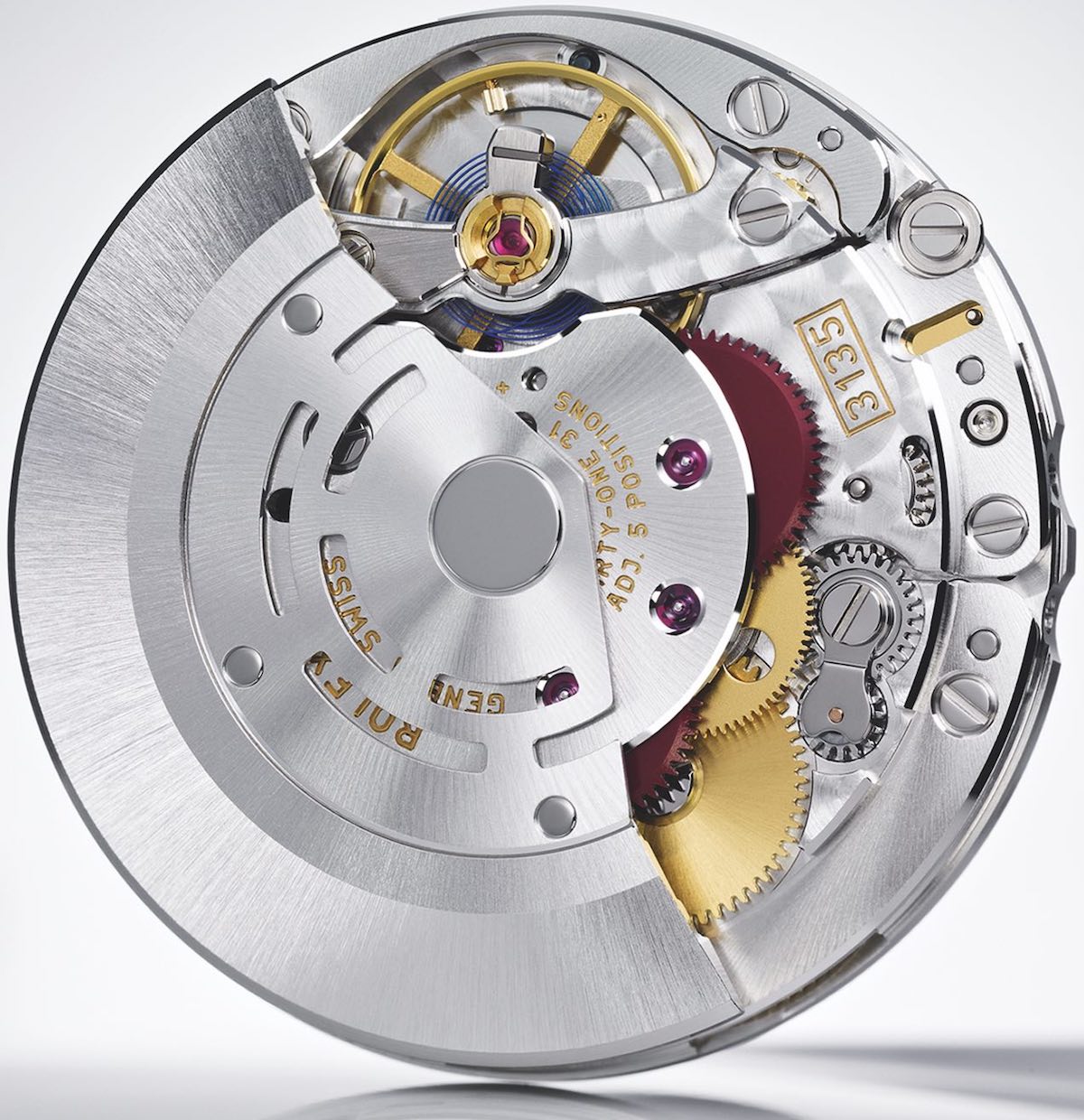 Both these movements feature a paramagnetic blue Parachrom hairspring and get the same middling 48 hour power reserve, running at 4Hz or 28,800bph. While the long-term reliability and stringent internal testing done by Rolex is noteworthy on its own merit, I really expect a better power reserve from watches priced around the $8,000 mark. Having to reset the watch after putting it down for not even a weekend can really get grating after a while. Neither movement is much to look at but considering this is Rolex, you’re getting a solid steel caseback anyway. 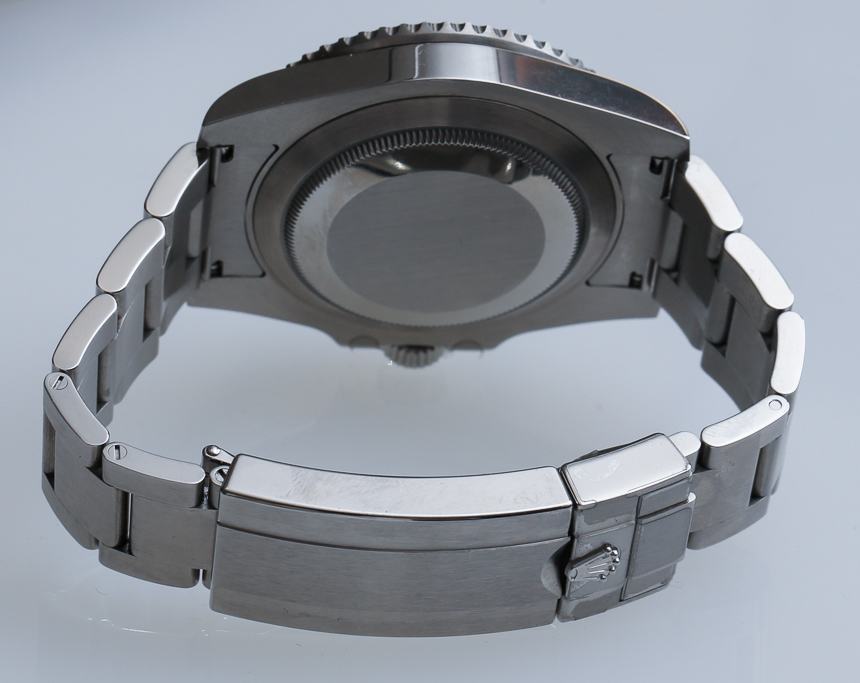 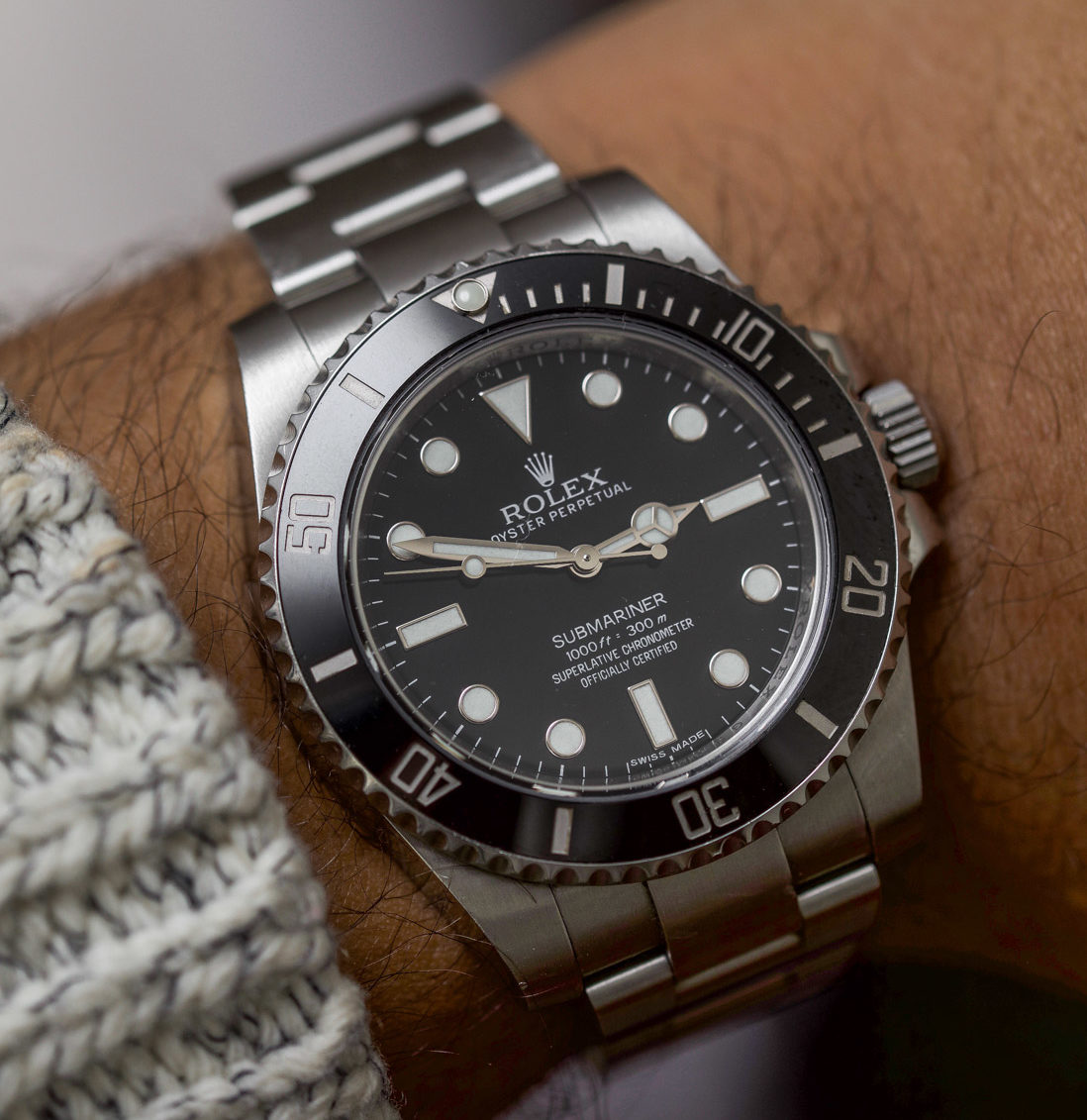 I’m going to take care here to note that I’m not a fan of commenting on speculative watch purchases for “investment” purposes but value retention and exemplary resale value is a huge reason why so many people turn to Rolex as their luxury watch of choice. That’s not my opinion as much as it is simply a fact. A quick look at Bob’s Watches, a large and established pre-owned dealer, shows a couple of pre-owned Submariner 114060 watches with box and papers asking $7,195 which is about 96% when compared to a new model. Just for reference sake, the ref. 116610 date Submariners are asking around $8,000 or about 94% of the cost of a new model. That may sound ridiculous on its face, but the brand has been limiting inventory recently and this is especially true when it comes to steel sports watches. And take this with a Sea-Dweller Deep Sea sized grain of salt but chatter of an inevitable price increase is noisy at the moment.

Looking at Chrono24’s data and availability (we covered their most researched watches of 2017 here) Rolex was overall the most popular brand searched on the site with 27% of all searches. The Daytona was the most popular model from the brand, followed by the Submariner Date in second, the GMT Master-II in third, Datejust at fourth, and the no-date Submariner in fifth. So, with the two Submariners in the top five and the Explorer II nowhere on the top five, we can even more safely deduce the disparity in popularity between the Submariner and Explorer II. 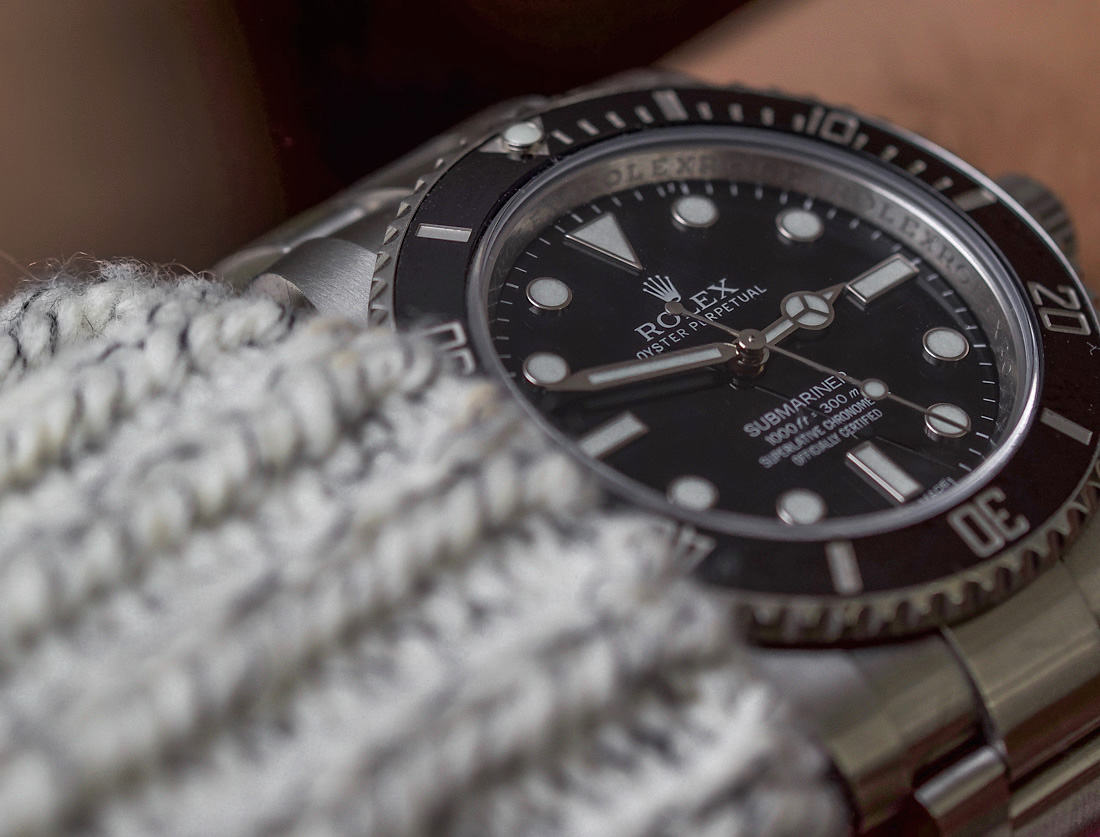 Though Chrono24’s 2017 report was a little less in-depth than the 2016 report, the latter shows the Submariner (unspecified model, so I am assuming all Subs) as the second most researched watch overall with 4.61% of all searches on the site. Again, it was just behind the Roex Daytona which led in overall searches with 4.81%. The Explorer II was not in the top 15 searched watches.

Moving on from data and looking at pre-owned availability, there are currently 191 Submariner 114060 watches available with the cheapest model available priced at $6,995 (I’m not counting the few options that are on an aftermarket strap) and about 20 are available between that price and $7,500. Underscoring the bullishness of the Submariner, there are dozens and dozens that are asking above the retail price with many, ahem, ambitious (I can think of harsher words that I’ll refrain from using) sellers asking in excess of $8,500 and even over $9,000. For new/unworn Submariner 114060 watches, there are plenty available with 84 on the market right now but the cheapest here is asking a bit over $7,800 with most averaging around $8,500, which is about a $1,000 premium over retail price. 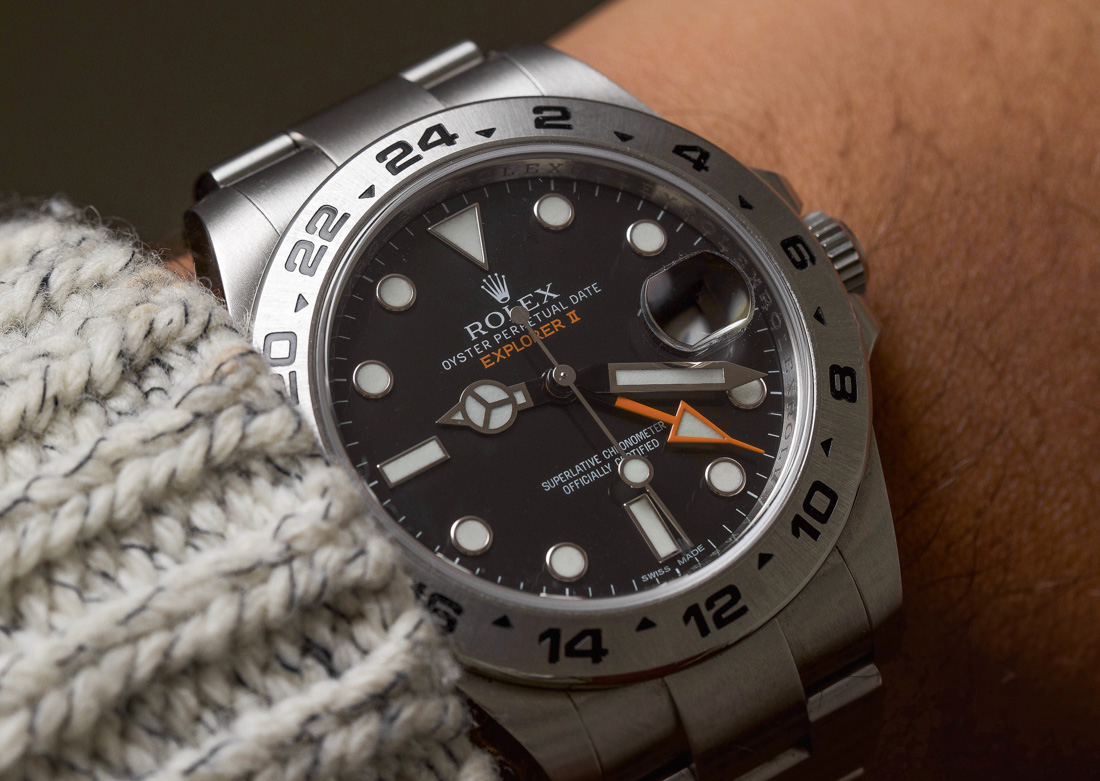 Preowned Explorer II watches on Bob’s that I’ve seen recently are asking between $7,295 and $7,500 so just a little bit more than the no-date Submariner and a little less than the date Submariner. It is a little lower when compared to price for a new watch which retails at $8,100 at 90%, which is most likely due to the fact that it’s just a less in-demand and desired watch overall.

There are about 100 Explorer II 216570 black dial watches available on Chrono24 (that number goes up to about 160 if you include the white “Polar” dial model, though pricing is generally the same for both dial colors) with the most affordable example with box and papers coming in at $6,500. The vast majority range between this price and $7,800 depending on the condition of the specific watch. There aren’t really any Explorer II watches that are selling at above retail price which, again, is a reflection on the fact that you can likely walk into any Rolex retailer right now and walk out with an Explorer II. This isn’t necessarily true year-round for the Submariner, with inventory crunches in late 2017 through early 2018 driving up demand. 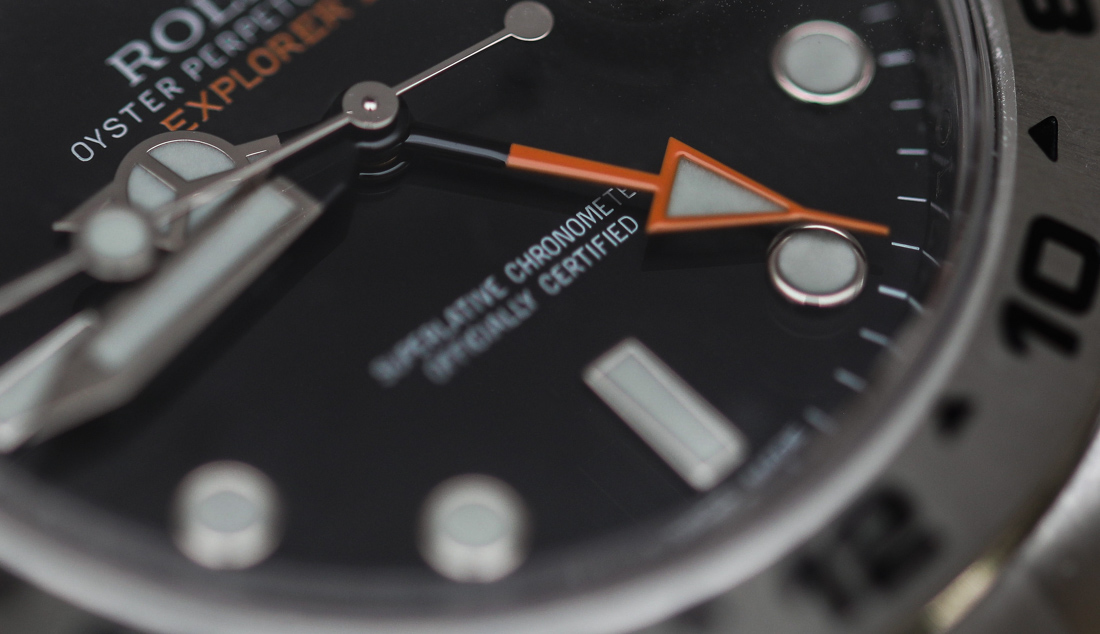 As for new/unworn Explorer II 216570 black dial watches, there are about 105 available right now. There are several of these watches (including from reputable retailers) in new/unworn condition at a little under retail, with several in the $7,500 range compared to the $8,100 retail price for a new one. It’s not a major discount and it’s also important to keep in mind that a lot of watches on the secondary market come from all over the world and one has to keep in mind all the potential headaches that can go along with that.

Again, both of these steel watches benefit from the rock-solid resale value that is characteristic of the brand in general. Overall I would give the edge to the Submariner just because it’s a much easier watch to sell (or trade if you’ve gone down that watch-addict rabbit hole).

Choosing between an “entry level” steel Rolex sports watch isn’t easy, and this is especially true if you’re deciding on your first. When it comes to the Submariner as opposed to the Explorer II, it really does come down to a matter of aesthetic preference. With the Submariner you have an iconic design in a 40mm case with a ceramic bezel, all of which can be seen as positives or negatives depending on your taste. The Explorer II is a funkier, larger 42mm watch that is all steel and has the retro-vintage orange splashes you’re not going to get on any other Rolex. Ditto with positive or negative depending on taste.

You all know which one I chose, but really this can be seen as me deciding to get an Explorer II first because there’s a Submariner (the green “Hulk” ref. 116610LV) that I’m considering pulling the trigger on as I type. Finally, I’d like to add that I know that there are other Rolex sports watches like the GMT Master II, Explorer I, Sea-Dweller, etc. that are worthy of consideration in an article like this. So, this piece is not existing in a vacuum where the other models don’t exist, and don’t be surprised if you see an expansion or follow up.