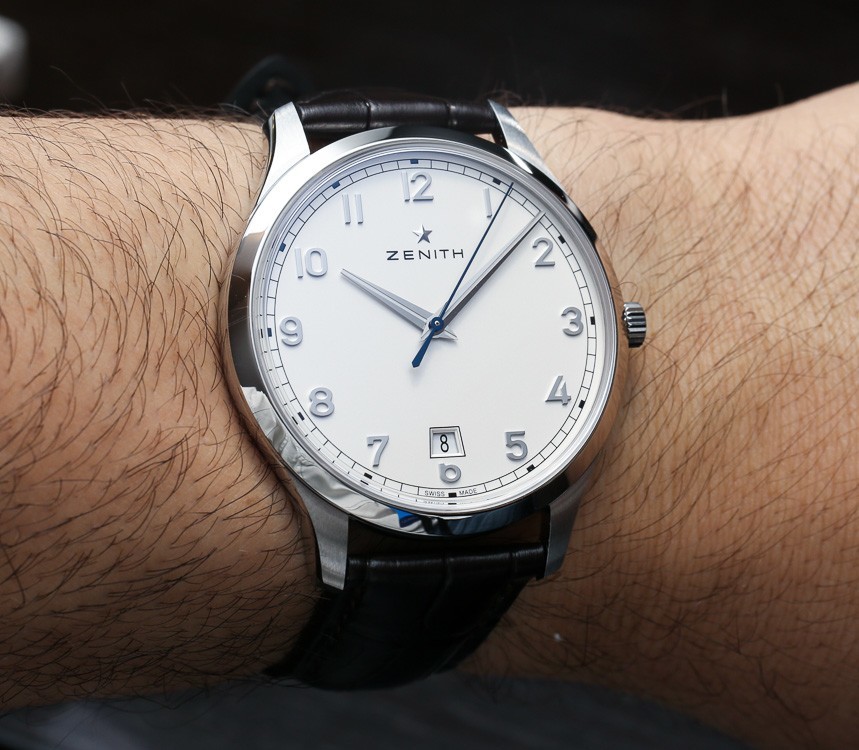 A referenced by our Top 10 Watches Of Baselworld 2014 list, we clearly liked this new Zenith Captain Central Second Boutique Edition watch quite a lot. The piece is very simple, but also very satisfying–and in my opinion sums up many of the strengths that the Zenith brand of today enjoys. The watch was also the subject of a little “moment” between Zenith and aBlogtoWatch.

Allow me to explain something about how watch trade shows (and companies) work–they are very much still based on the concept of regions. Not all watches are sold in all countries, and watch brands have separate employees that deal with different parts of the world. When it comes to media, each country tends to have a distinct marketing and public relations (PR) team for that country. Their goal is to take care of their “market” and work to promote the watches that will be sold in that country. This model worked well enough when dealing with print media, which is regional, but it doesn’t work nearly as well with digital media–because we are region-less. As such, there continues to be a misconception that because aBlogtoWatch is based in the United States (which I would argue against given that we have writers all over the world), aBlogtoWatch readers exist only inside of the United States. The reality is that more than half of all aBlogtoWatch readers hail from places outside of the US. 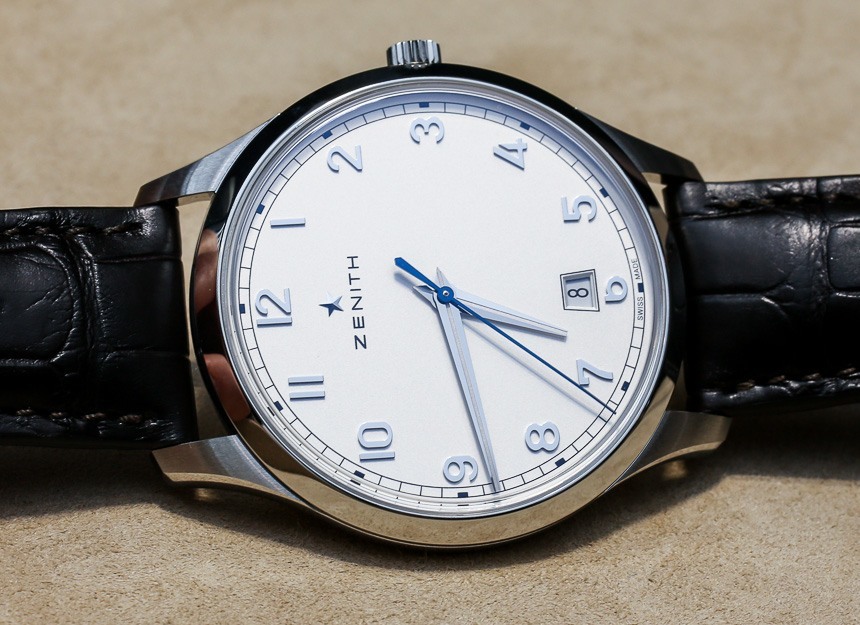 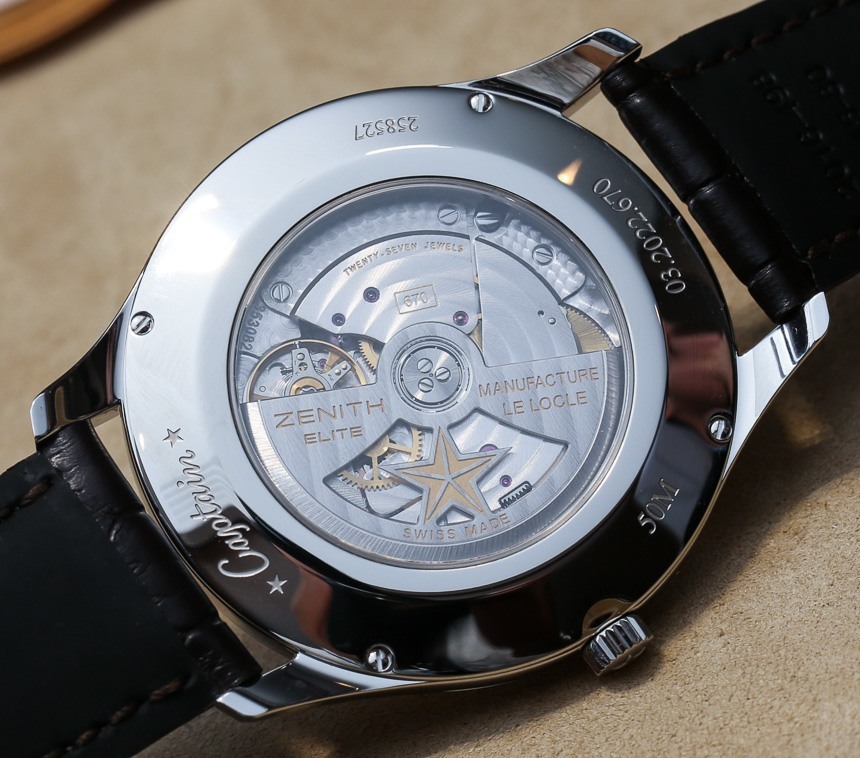 During our meeting with Zenith we noticed this lovely watch in a tray and it was our strong desire to inspect it further and photograph it. The media representative at Zenith for the United States was deeply not inclined to show it to us because it was destined exclusively for Zenith boutiques and as of now there are no Zenith boutiques in the United States. Their logic being, that we should not see the watch in light of that fact and that it might irritate our readers. While we respected their desire to protect our audience from undue watch frustration, we fervently rejected the assumption that writing about an internationally available boutique-only timepiece was in any way a poor notion for aBlogtoWatch. Again, this was based purely on the incorrect assumption that it would not be relevant to our readers. And you know what? Even if aBlogtoWatch readers did come 100% from United States I still think we have a duty to bring cool watches to their attention. Lest we not forget that a little thing called the internet has made it possible for people to purchase things not normally sold in their home towns. Anyhow, let’s get to this nice timepiece shall we?

What we have here is a slightly different version of the more standard Captain Central Second watch that normally has baton-style hour markers. Instead, this ref.  03.2022.670/38.C498  version of the timepiece used Arabic hour numerals. The numerals are applied and against the silvering white dial make for a classic and highly legible look. What I further LOVE are the properly sized hands. Anything but perfectly sized hands on this dial would make for a mediocre watch.  Zenith however is typically very strong with proper hand length on its watches and the Captain Central Second is no exception. 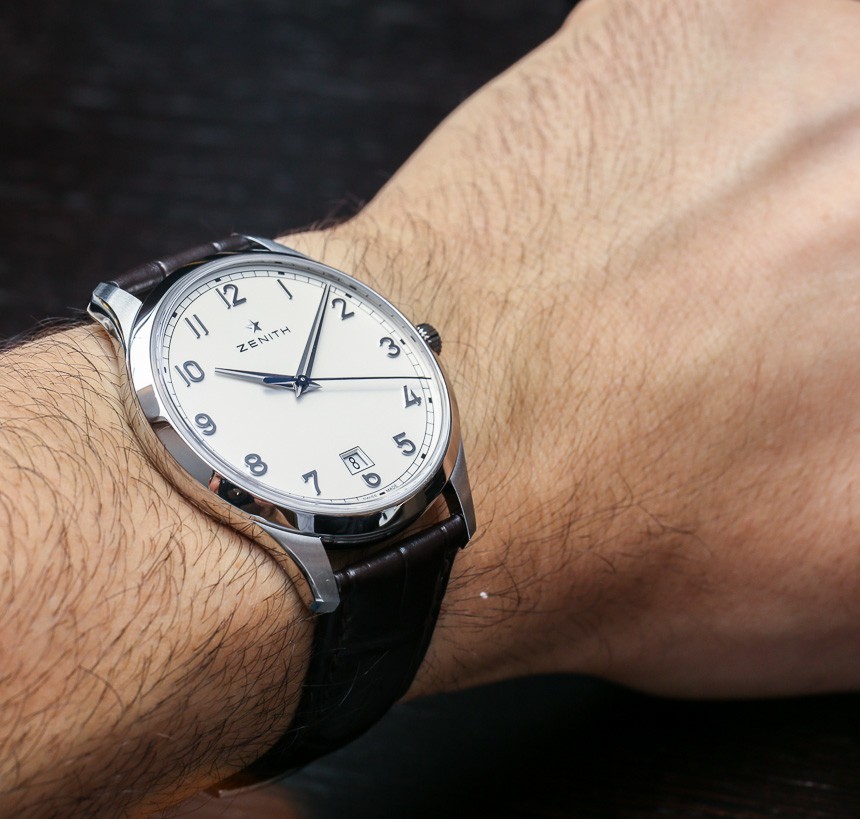