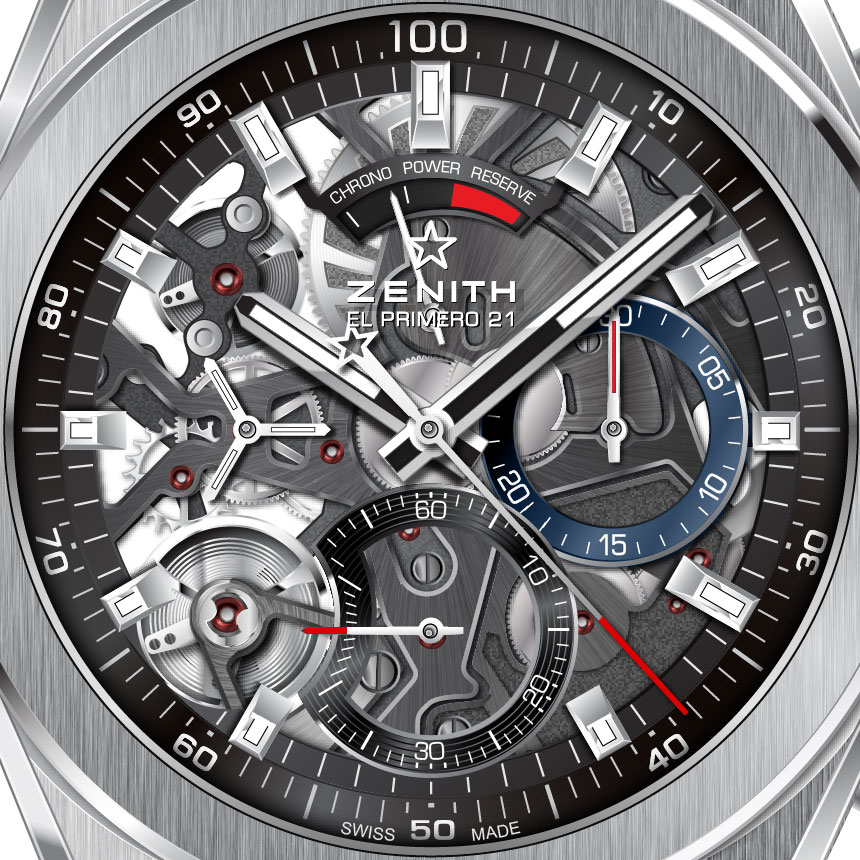 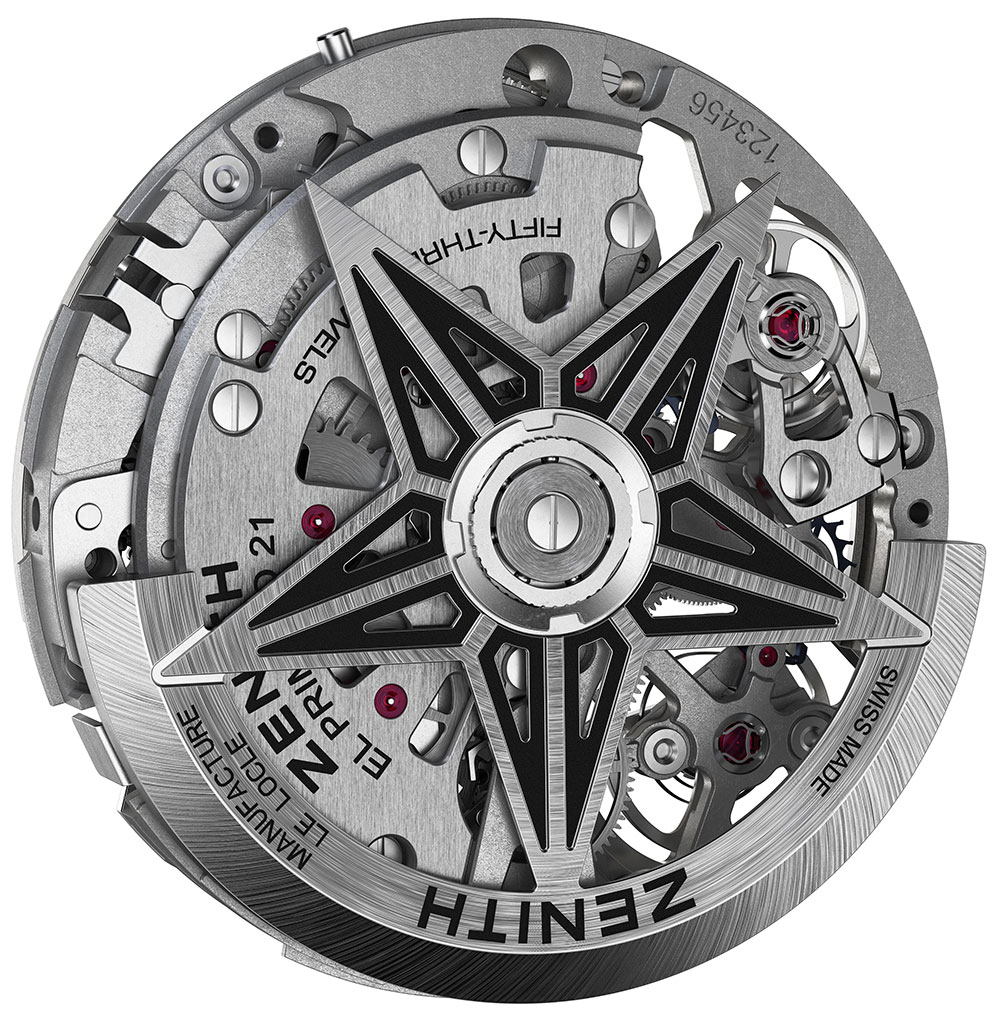 The Zenith El Primero 21 caliber movement itself is pretty good-looking. Sharp curves and dramatic lines hearken to the Zenith five-pointed star logo, and the open nature of the movement along with its near star-shaped automatic rotor is something very new and welcome from the brand. An important point to make that really makes the El Primero 21 an El Primero is that the main regulation system now operates at 36,000bph (5Hz) as opposed to 28,800bph (4Hz) in the older architecture of this movement found in the TAG Heuer Mikrograph. 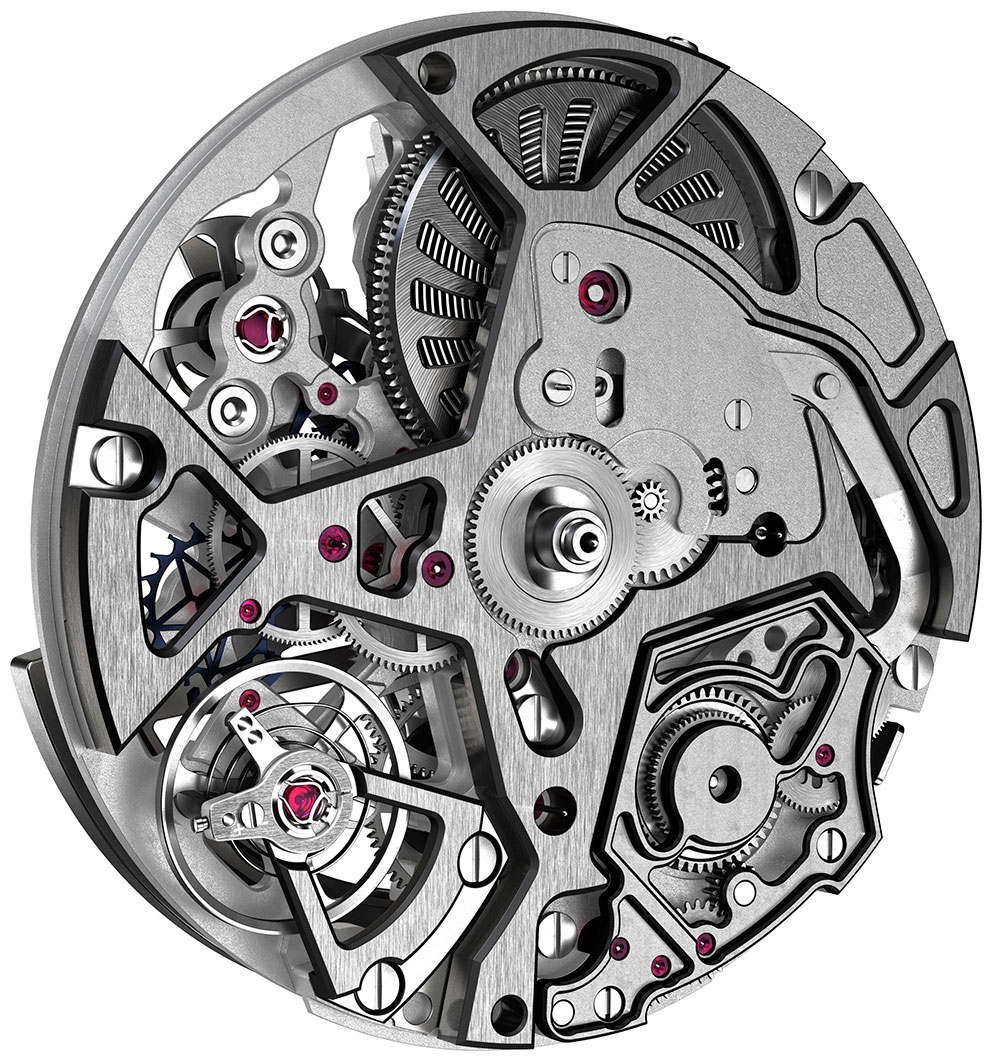 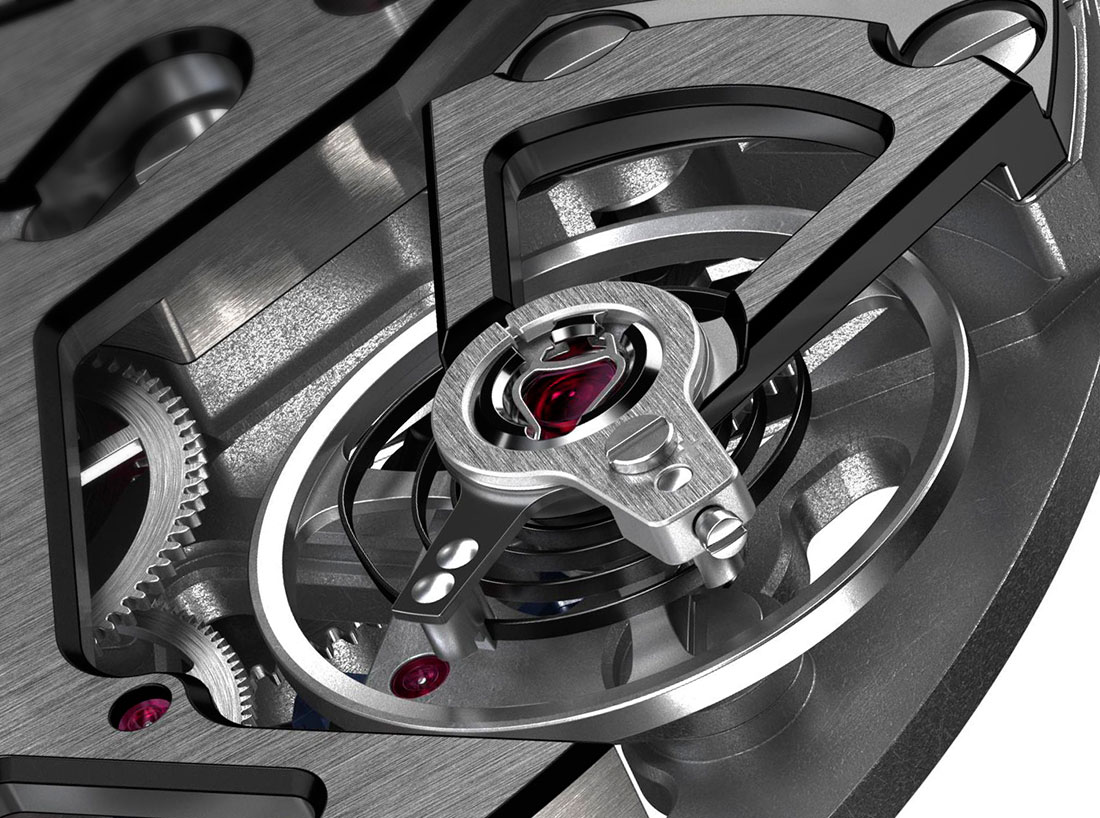 Through the dial, you can view the two balance wheel systems. One, for the time, operates at 36,000bph, and the other is exclusively for the 1/100th of a second chronograph system and operates at 360,000bph (50Hz). I believe that each of these balance wheels is produced from the lightweight and anti-magnetic Carbon-Matrix Carbon Nanotube composite material which was apparently developed by LVMH and debuts in this watch. The automatic movement is further COSC Chronometer certified.

The 50Hz speed of the escapement system for the chronograph allows for the 1/100th of a second speed, and it is the main hand on the dial which quickly spins around the dial once per second. A similar system was very popular on the existing Zenith El Primero Striking 10th watch whose central hand also moves around the dial once per second, but when stopped was not able to measure as precisely. This prompts the dial to have two peripheral scales. The innermost one with 60 markers for the minutes, and the outermost one with 100 markers for the chronograph. It should all make for a very fun toy. 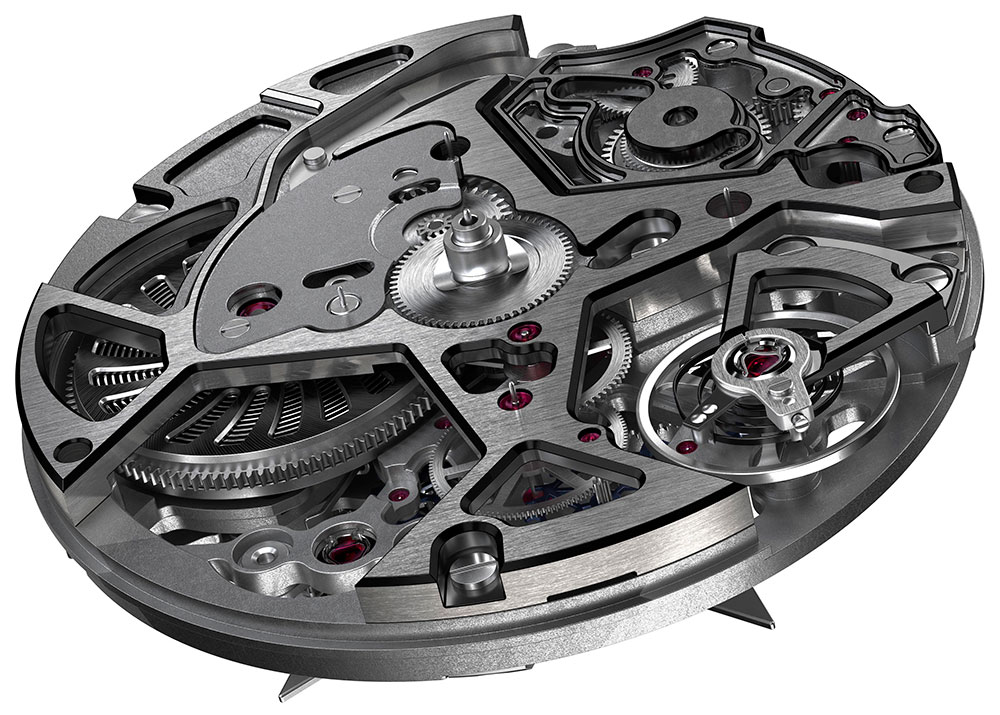 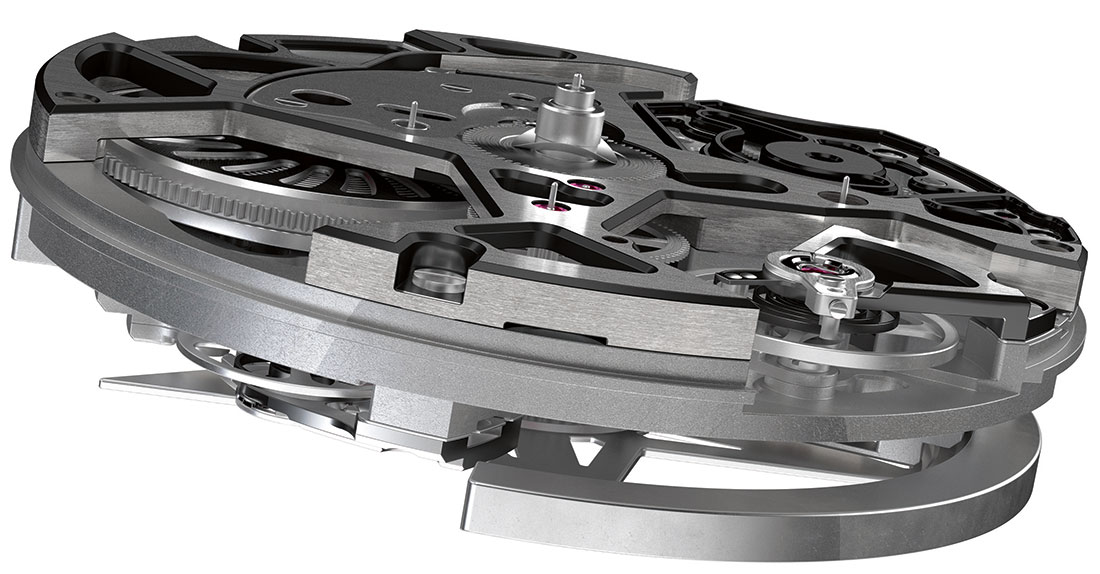 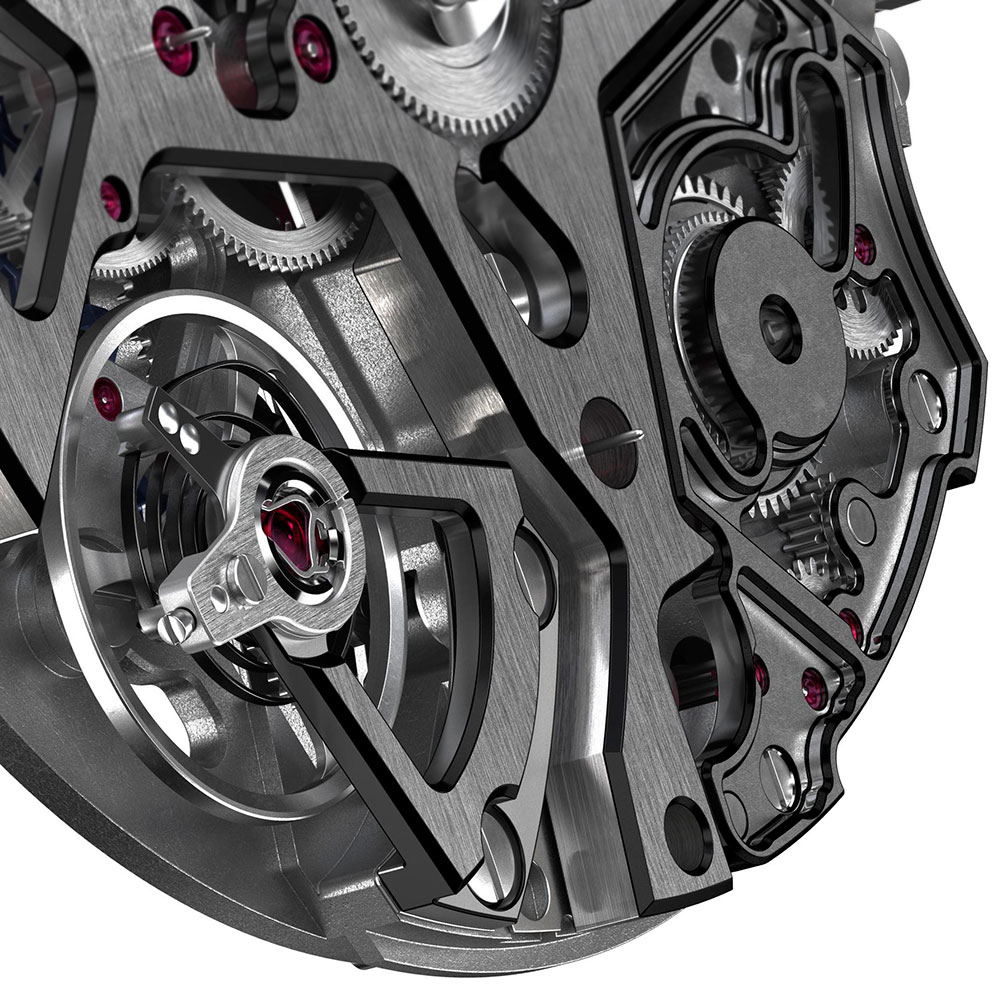 Each of the regulation systems has its own mainspring, and thus independent power reserves. The automatic winding system only winds the mainspring barrel for the time (5Hz) which has 50 hours of power reserve. The other barrel must be manually wound, and turning the crown in one direction winds one barrel while turning it in the other direction turns the other barrel. The 50Hz regulation system eats through power hungrily, and the chronograph can only operate for 50 minutes when its mainspring is fully wound. According to Zenith it will take 25 turns to fully wind it. There are some differences between the renders of the dial and the movement and isn’t clear whether or not the mainspring barrels will be partially skeletonized or not. If they will, it might be possible to see the chronograph mainspring barrel actually unwinding slowly – which could be cool. 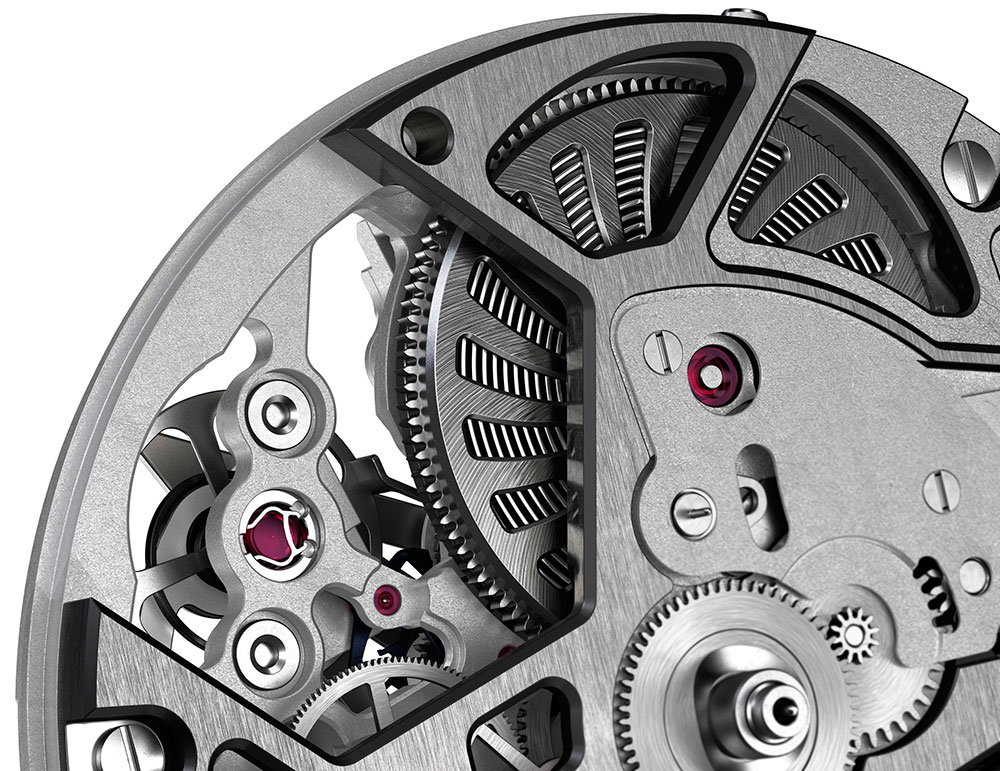 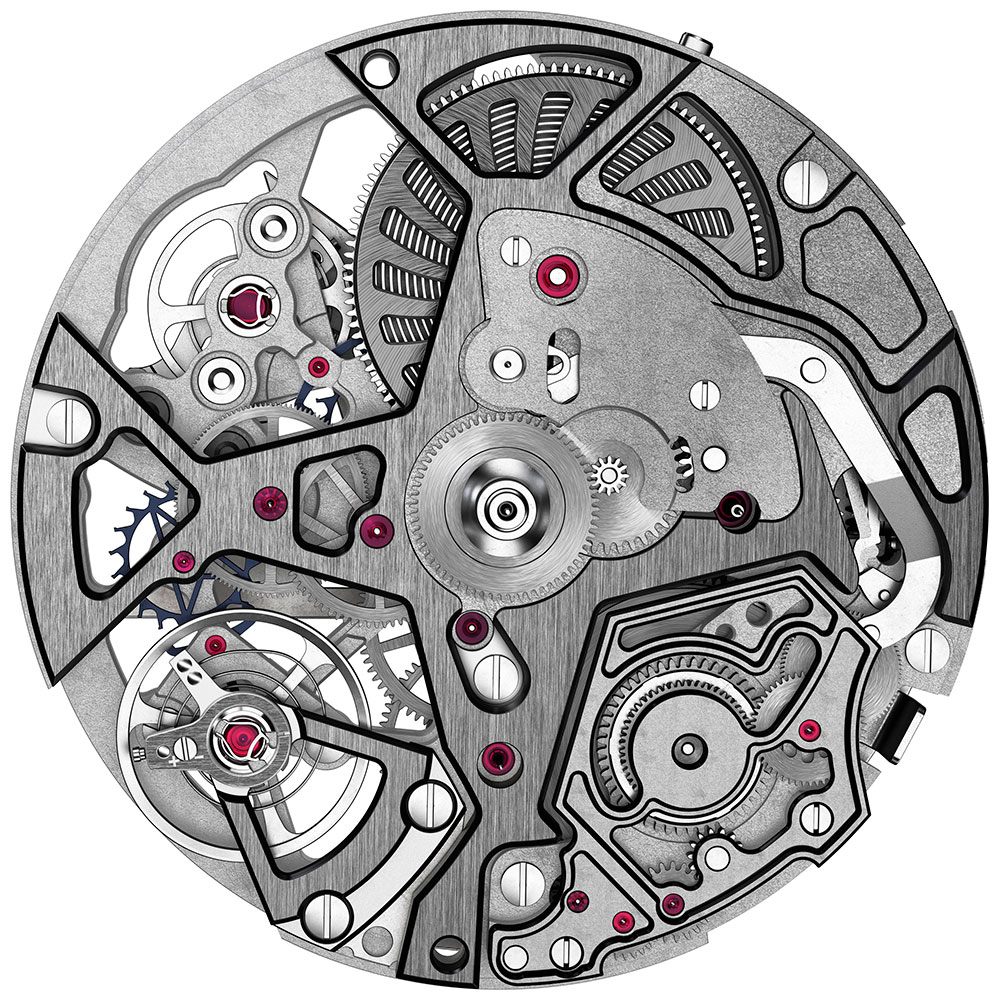 Attached to the 44mm-wide case will be a folding deployant rubber strap with a leather lining – which should be very much how most Hublot Big Bang straps are designed (a good thing). There will be a lot of people who like the looks of the Zenith Defy El Primero 21 watch, and even more that like the mechanism inside of it. What will be polarizing are people’s opinions on whether or not this very contemporary design approach is what Zenith needs circa 2017. 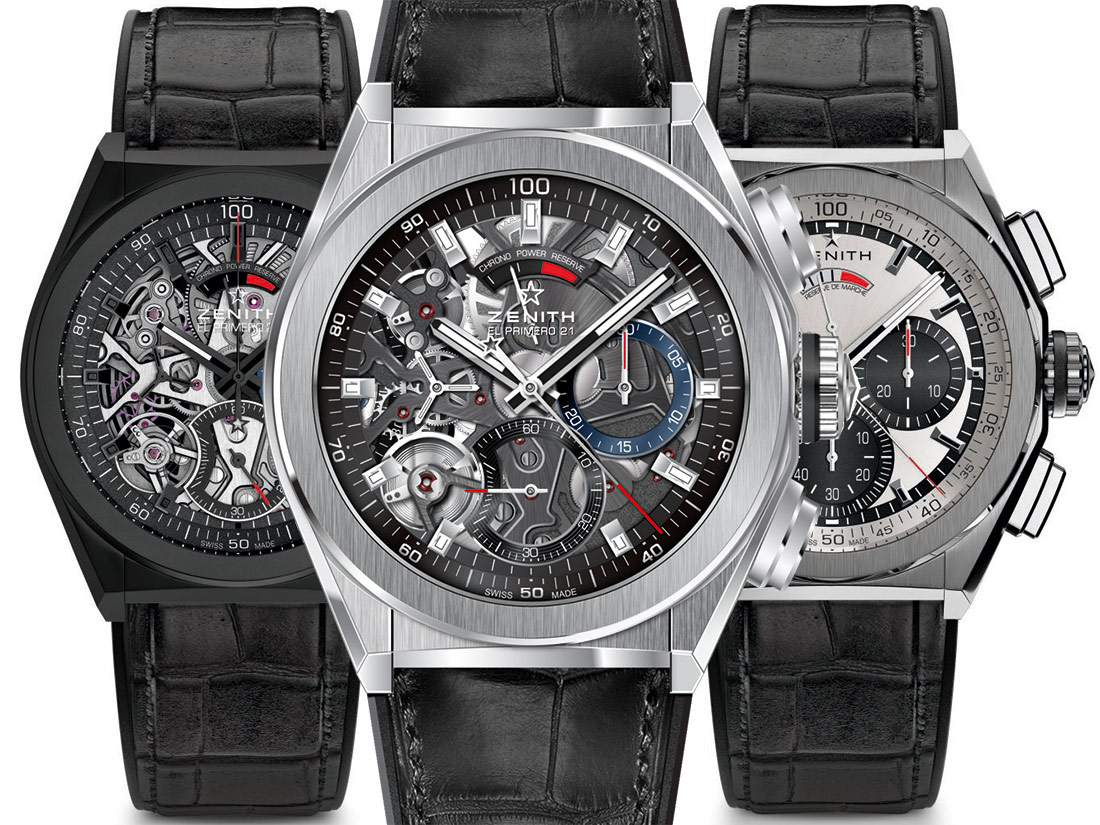 With Hublot and TAG Heuer mostly modern in theme (for the most part), and Bulgari being the design-house brand, where does that leave Zenith? Is it appropriate for Zenith to be positioned as the slightly more sober Hublot, but the more mature TAG Heuer? Or is Zenith’s main appeal in its classic designs and ability to produce timeless dressier models with a more conservative approach to modern luxury watch making? I’m not really sure I know the answer to that. The Dufour-era of Zenith was certainly more on the dress watch side, but that began to reverse with Magada at the helm.