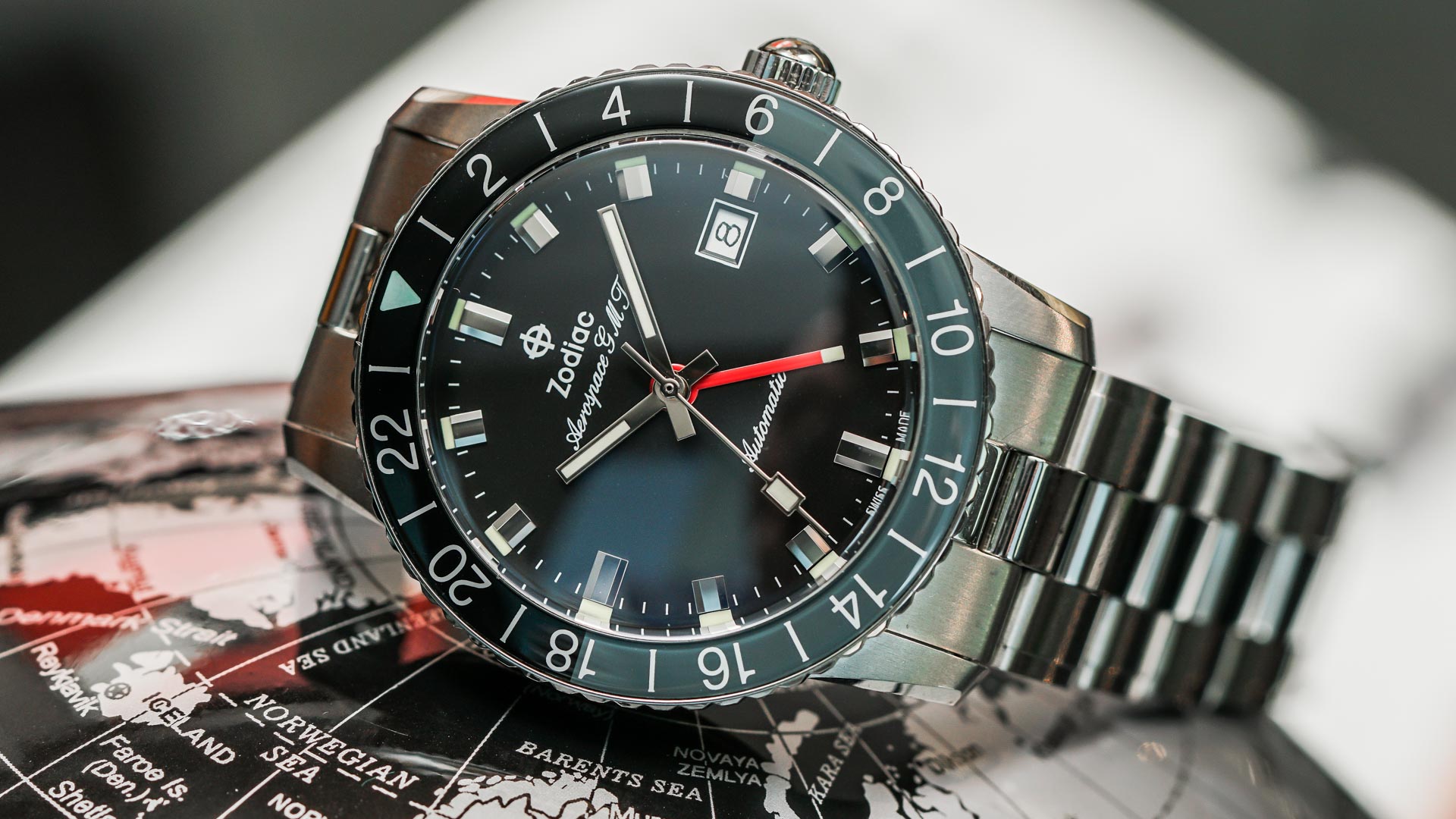 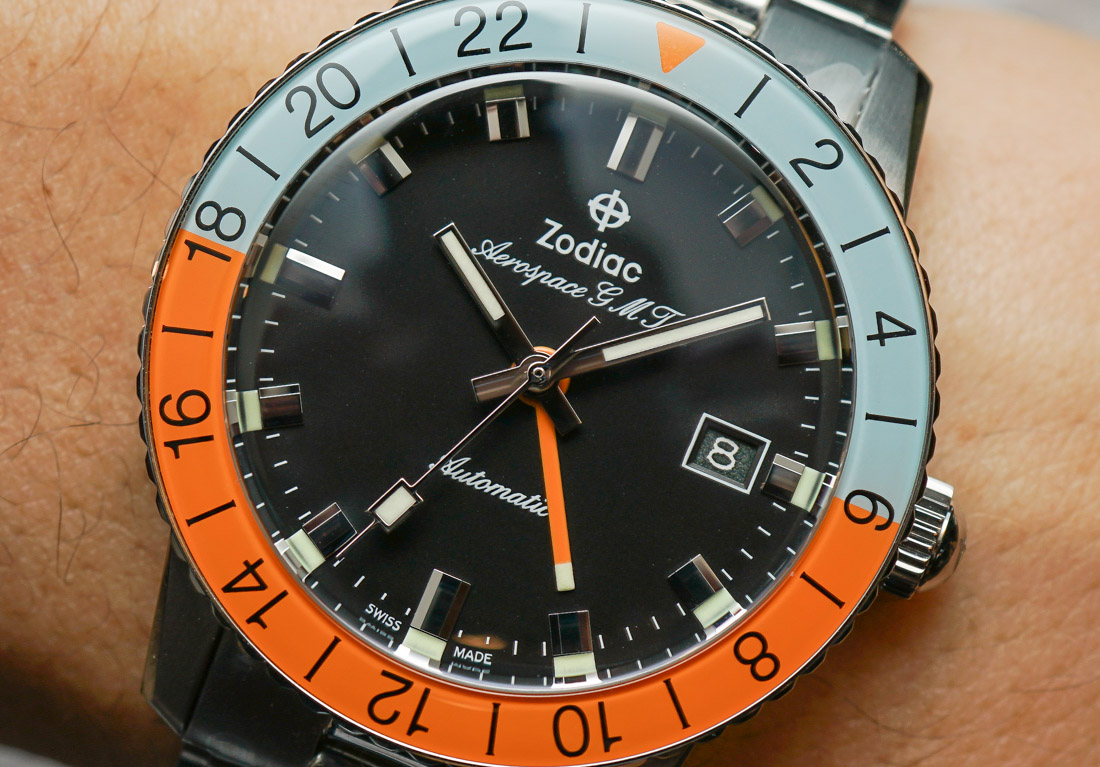 The most highly-anticipated new Zodiac watch for 2019 is this Zodiac Aerospace GMT (originally debuted on aBlogtoWatch here). Zodiac tells aBlogtoWatch that in social media fan polls asking what they want to see next, time after time, one of the most popular results is the Aerospace GMT watch from Zodiac’s history in the 1960s. The Aerospace GMT was an attractive yet quirky timepiece born in the age of early fighter jets and supersonic air travel (initially for the military, of course). The “Aerospace” name says it all, with an optimistic future outlook envisioning a massive and global industry that dominated not just the skies, but also the edges of space. 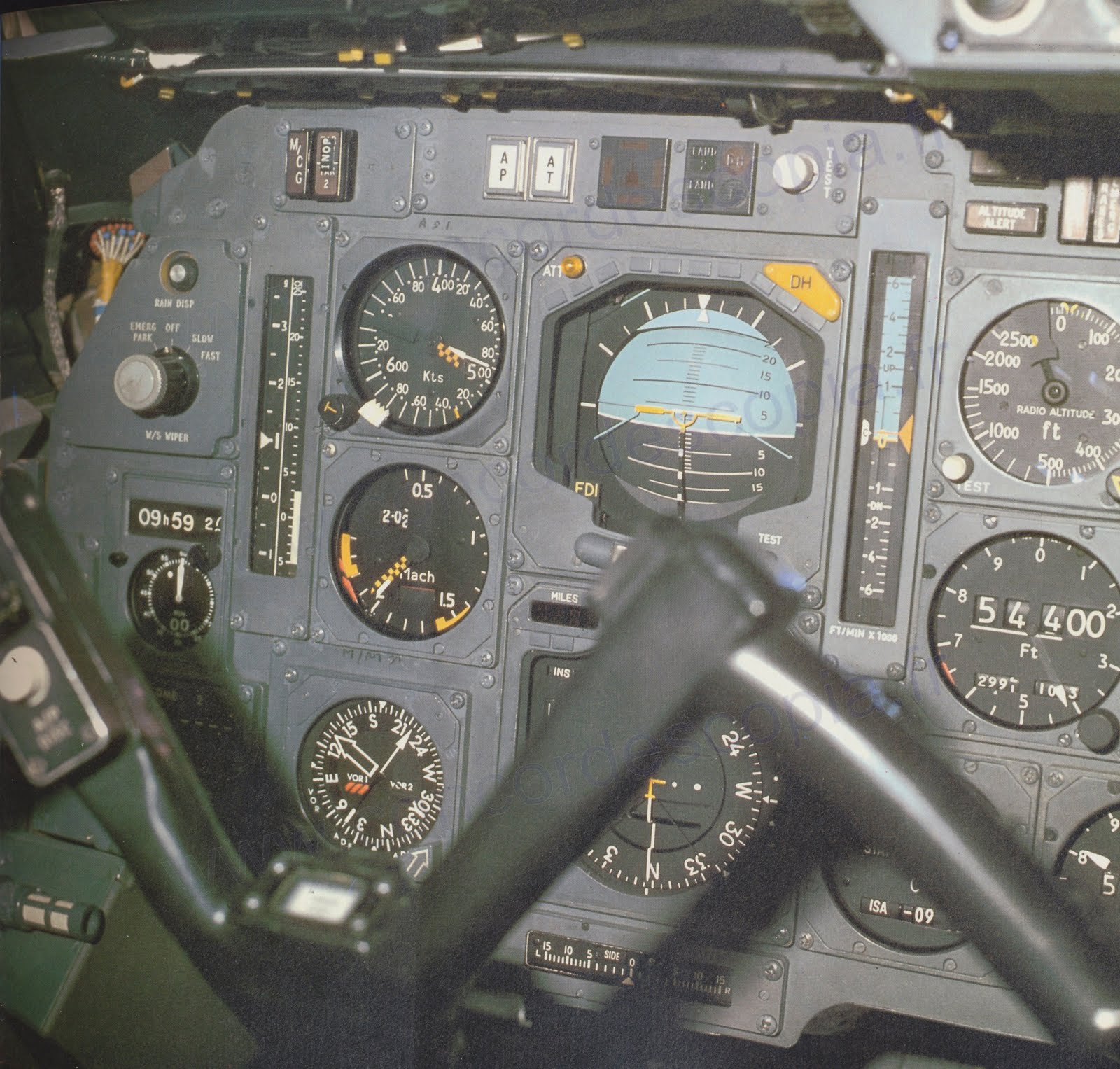 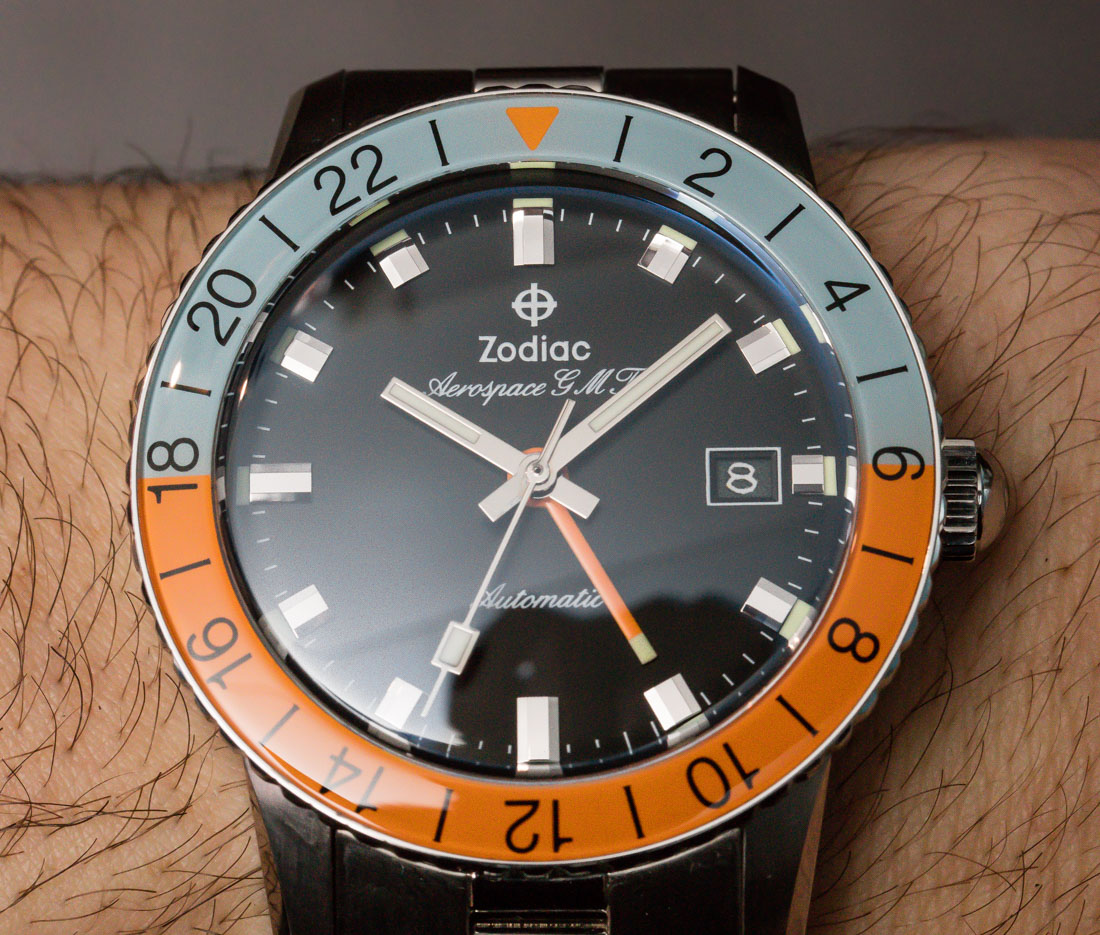 What ended the great American aerospace age? I think it was fuel-consumption demands and the structural stress on planes from flying so fast that gradually slowed the pace of the aerospace industry — at least compared to initial enthusiasm in the 1960s, when this Zodiac watch was born. The original watch is a bit smaller and uses a more fragile Bakelite bezel, but in a lot of ways, today’s Zodiac does an excellent job of bringing back the Aerospace GMT in modern form. My favorite of the two models is the one with the orange and blue bezel. At first, it looks like the colors of Gulf Oil, but in reality, Zodiac’s original designers were inspired by the look of many artificial horizon instruments (later known as plane attitude indicators) that would have been found in many planes. Zodiac’s current team didn’t actually know this, so I did some research and found it out. For that reason, I’ll nickname the orange and blue version the “Aerospace GMT Horizon” after the artificial horizon gauge that inspired it (or if you really want to be ballsy, you can call it the “Aerospace GMT with Attitude”). 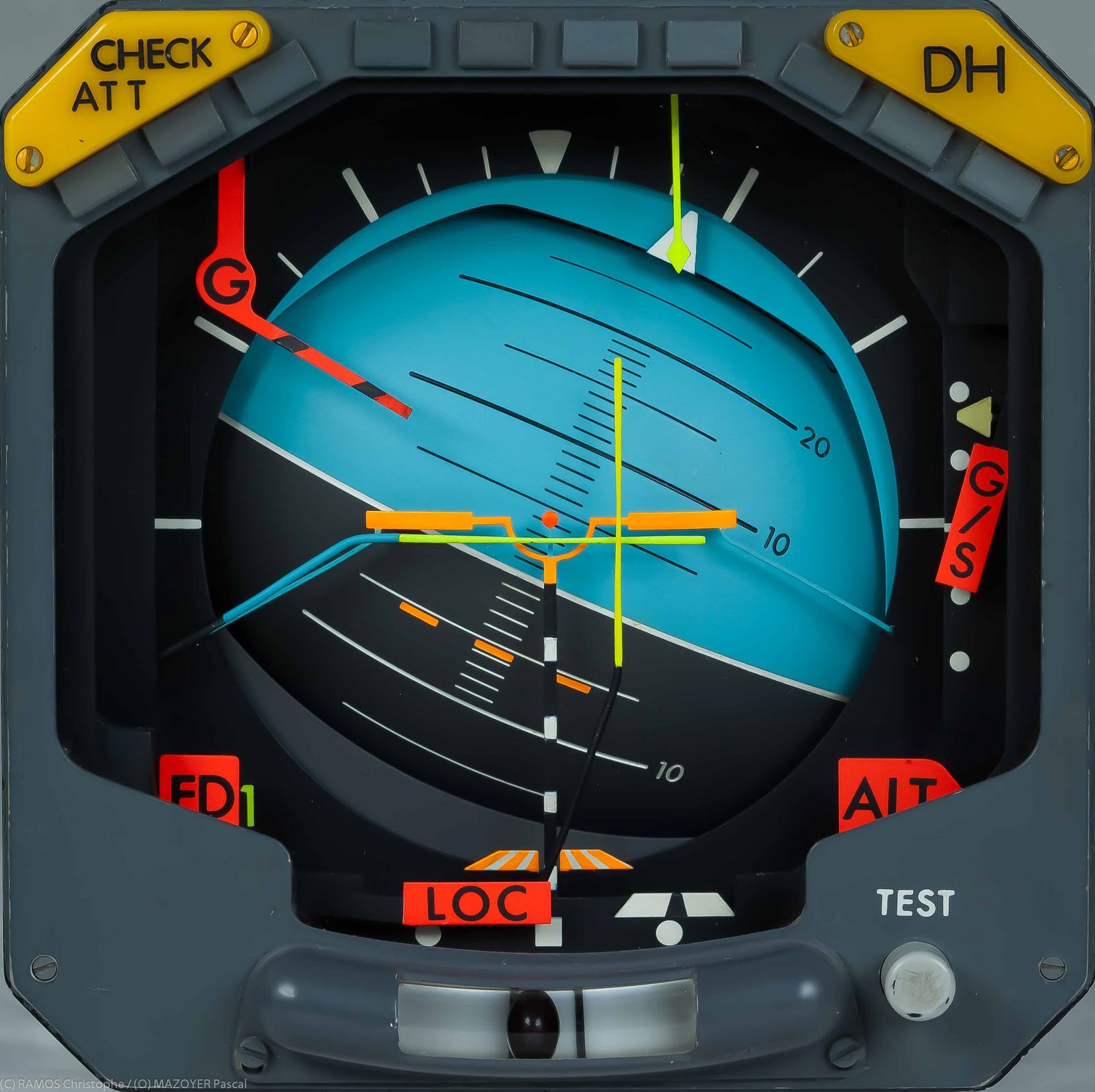 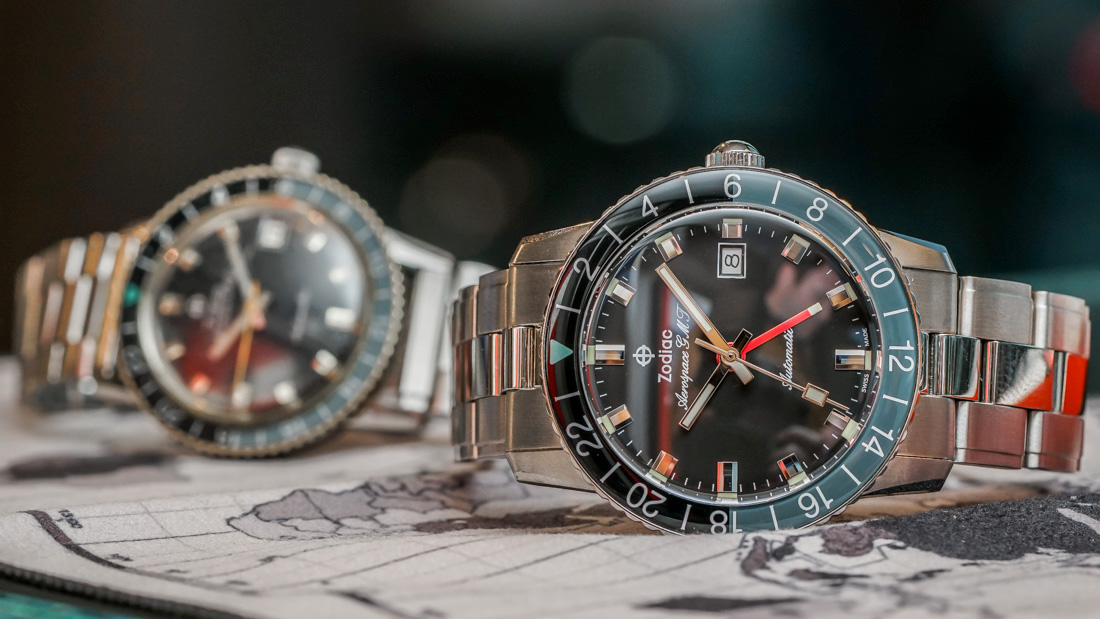 The Aerospace GMT watch uses the same 40mm-wide case profile as Zodiac’s Sea Wolf for the Aerospace GMT — which is not a bad thing. It also has a similar rotating bezel, albeit one that has a GMT bezel on it and that rotates in two directions. The bracelet and dial are of course distinctive and so is the movement. This latter element has caused a bit of controversy among Zodiac fans because the Aerospace GMT does not include an in-house-made movement. Zodiac is owned by the Fossil Group, which also owns Swiss STP, a mechanical movement manufacturer. 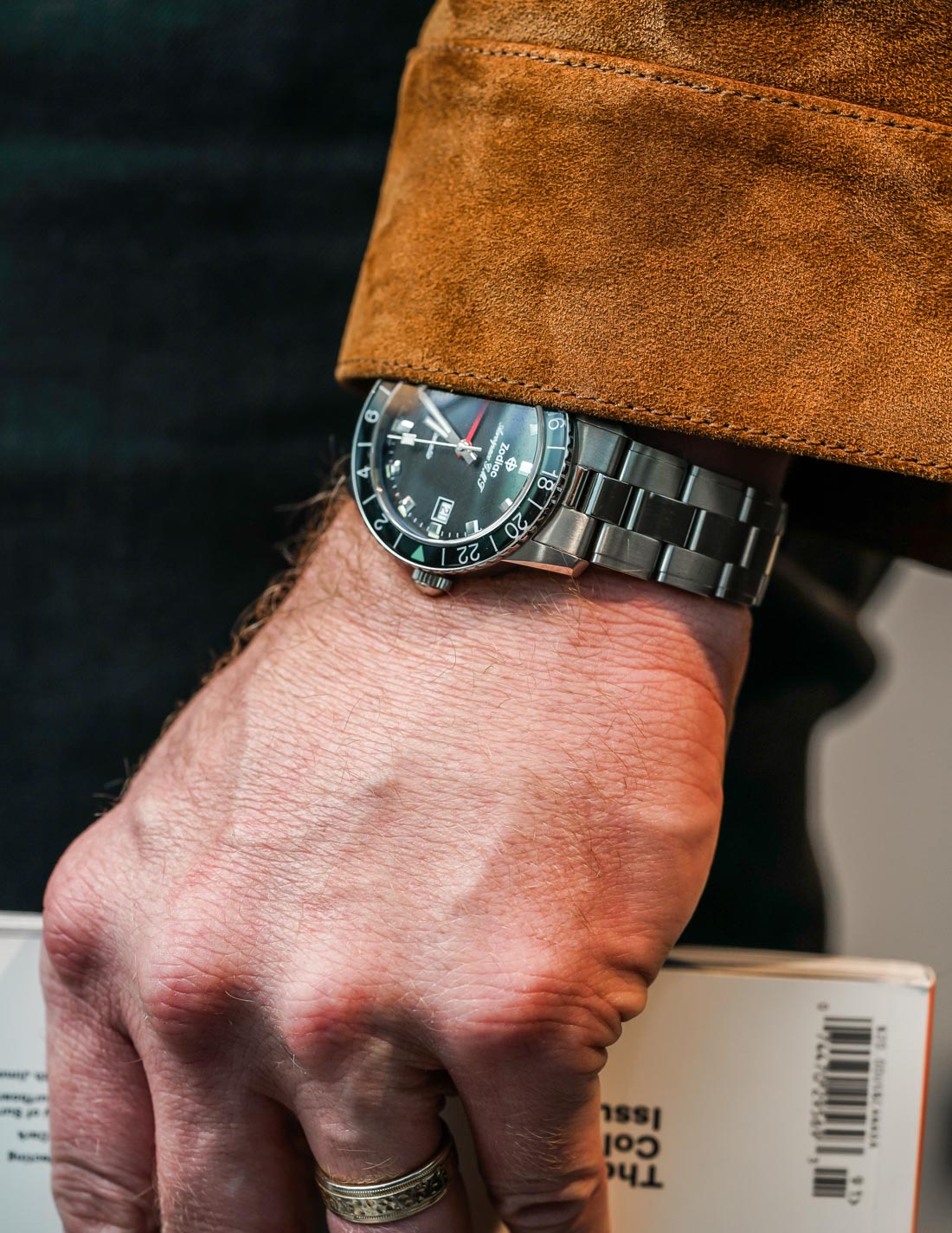 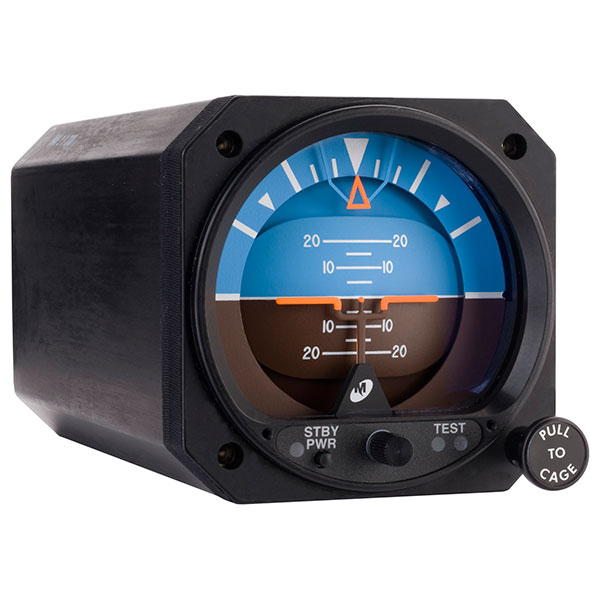 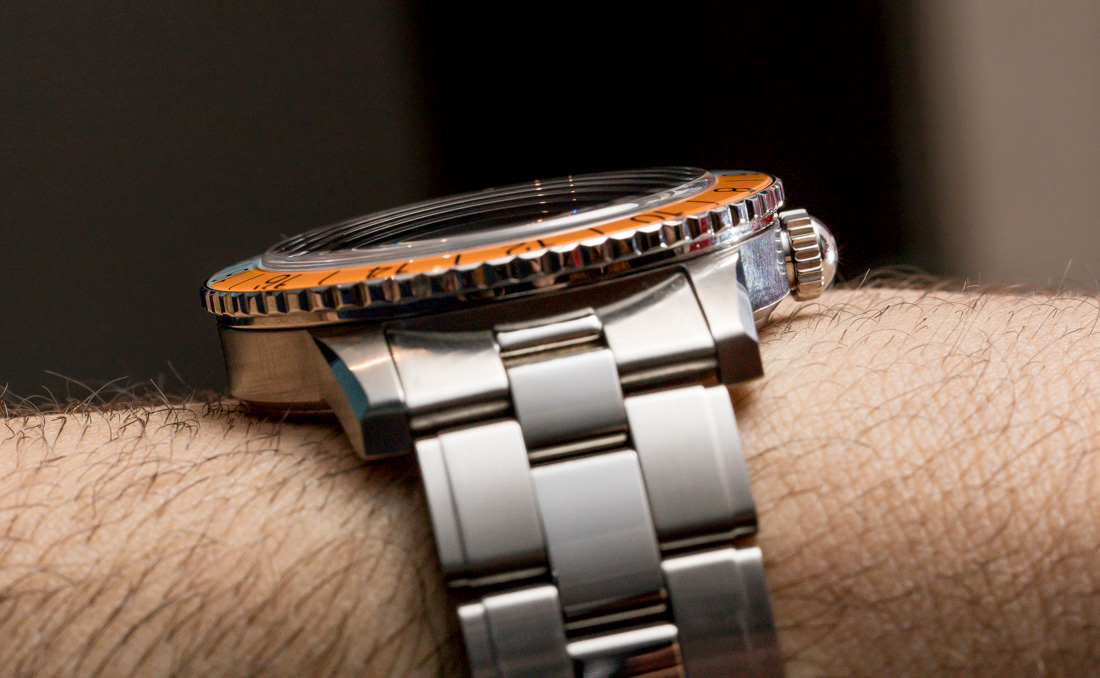 Two versions of the Zodiac Aerospace GMT watch are available at debut. The mineral crystal-topped bezel colors are what differ, as well as the color of the geometric-style GMT hand. As I said above, the more colorful “Aerospace Horizon” model borrows its look from some classic plane cockpit artificial horizon instruments and have a matching orange GMT hand. The other Zodiac Aerospace GMT version has a more somber gray-blue and black color theme with a red GMT hand. The dial is legible, even though I sort of perpetually keep asking myself, “Are those hands too short?” 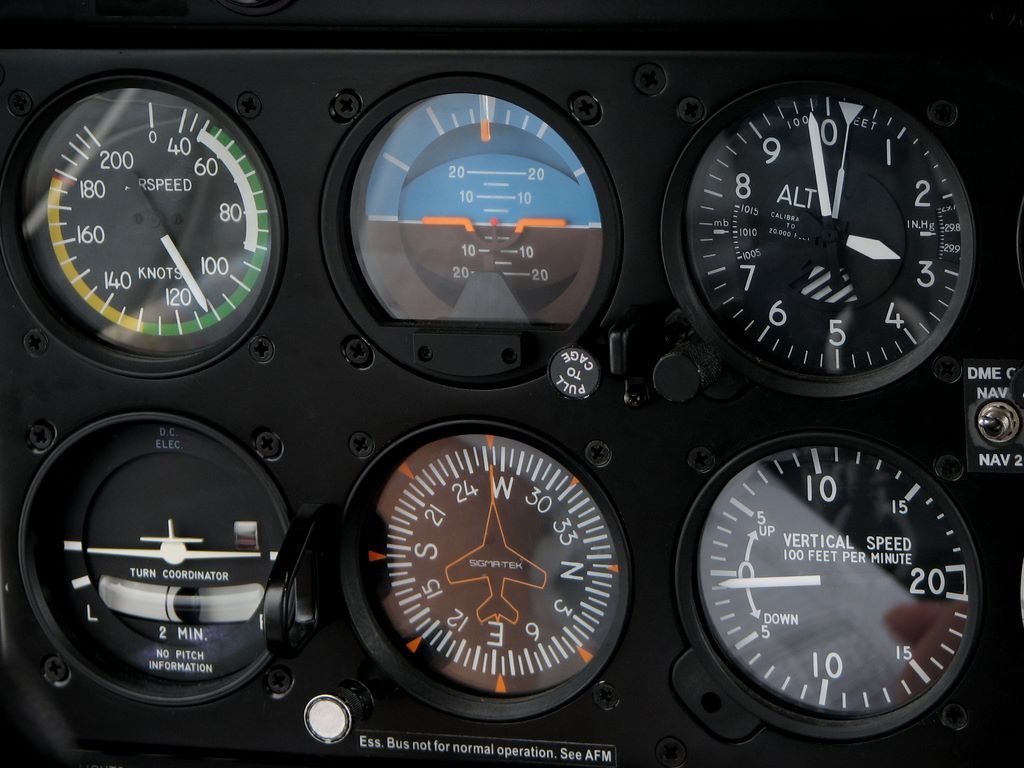 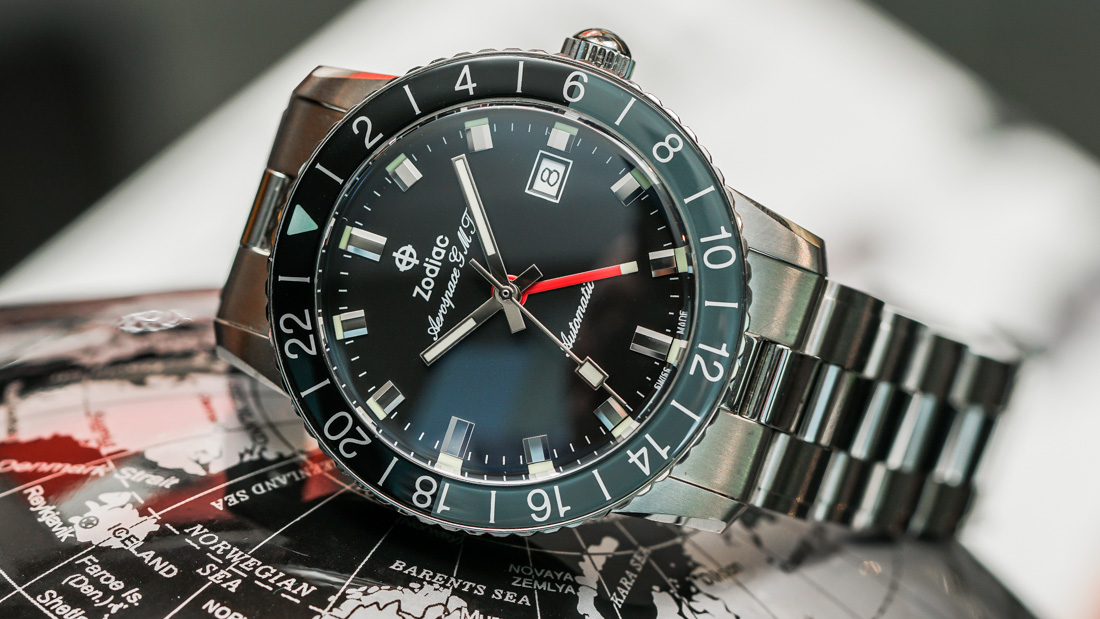 Zodiac offers a new bracelet for the Aerospace GMT, which, again, is inspired by the original Aerospace GMT bracelet. It feels like a vertically stretched Rolex Submariner “Oyster” bracelet and has a nice edging detail. It also has a very standard foldover deployant clasp that feels secure. The Aerospace GMT isn’t, per se, a limited-edition model, but the first batch of these watches was produced as a set of 182 pieces each. According to Zodiac, the first Aerospace GMT watches are now sold out, but there will be more once Zodiac is able to scramble up a few new squadrons of 2893 GMT movements. Price for the Zodiac Aerospace GMT watch is $1,695 USD. See more at the Zodiac website here.