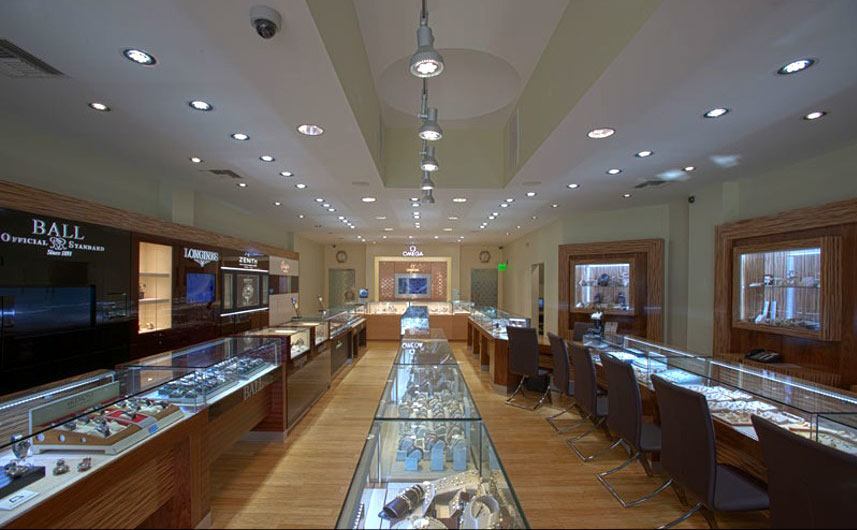 Welcome to a new series on aBlogtoWatch where we discuss important stores that sell watches all over the world. We spend a lot of time here talking about the watches we think are cool or that we would recommend buying, but little time advising people where to buy them. Until now. Each of these stores has an interesting story to tell about where they operate and who they sell to.

Whether or not you buy watches from brick and mortar retailers or prefer to buy watches online, these are the stores that shape our watch culture around the globe. There is a long list of stores to cover, but if there is a retail location in your favorite city that we simply can’t miss, let us know in the comments below.

Where to buy watches in Burlingame, California?

Topper Fine Jewelers operates a single store in Burlingame, California. Burlingame is just south of the SFO airport and about halfway between Palo Alto and San Francisco.

Topper Fine Jewelers have been family owned and operated jewelry and watch stores in the Northern California area since 1940. Topper Fine Jewelers was started by the Topper brothers who sold the business around 1947 to the great uncle of the current owners. Topper has since been in the hands of the Caplan family for over 60 years and counting. Russ Caplan, president, and his brother Rob Caplan run Topper these days. Their mother Shelly also works in the store.

Russ and Rob’s grandfather, Arthur Caplan, went to work for their great uncle soon after the 1947 purchase from the Topper brothers. He ultimately purchased the business from the great uncle. Russ and Rob’s father, Bill, joined his father, Arthur, at Topper in the early 1960s. Russ began working in the business in the early 1980s, and Rob joined the family business around 2000.

Topper Fine Jewelers has been selling watches for many decades. In fact, they have been an Omega dealer since the early 1960s. In the store’s Omega showroom, they have framed some of the Omega advertisements they ran in the ’70s. Rob became interested in watches in 1990 when he was just 16. At that time, watches were about 15% – 20% of Topper’s business. These days, watches are the majority of their business. However, their jewelry business remains strong and they carry designer lines and also custom made in-house pieces. Russ is passionate about jewelry and works with the staff at Topper to design their custom pieces.

aBlogtoWatch: What types of watches are popular in your market? What makes Burlingame a unique place to buy watches?

Topper Fine Jewelers: Northern California doesn’t have as many formal work environments as some other areas of the country.  The casual dress in the culture is reflected in our clients’ watch purchases.  We do sell some formal pieces, but sport watches that can be dressed up or down sell the best.   Specifically dive watches, pilot watches, and chronographs of various themes are all among our best sellers.

Burlingame has about 40,000 people, but people from the entire Bay Area come to visit us for our huge selection of designer and custom fine jewelry, wedding sets, and our watches. l think people like shopping in Burlingame because it has a charming small town feel even though millions of people live within 15 miles of the town. So whether you work in downtown San Francisco, or Palo Alto, you can find yourself walking down Burlingame Ave and walking into Topper in under 30 minutes (if the traffic cooperates). TFJ: The Bay Area is a very understated place, but consumers are very informed. Many people who walk into Topper read enthusiast sites like aBlogtoWatch and are familiar with watch forums like Watchuseek and Timezone. They read magazines like WatchTime and iW and and generally have developed their own tastes. The majority of people who come and see us are working professionals, primarily in tech or finance given our location. From a design standpoint, and while there are certainly some exceptions, Bay Area watch buyers, at least the men, are primarily interested in sophisticated movements, advanced materials, and clean designs.

TFJ: Burlingame doesn’t have a ton of tourists, but given how nice the new remodeled downtown is starting to look, that will probably change. Topper does get a fair amount of visitors who know us from the watch forums and stop by the store when they are visiting the Bay Area. One of my favorite types of phone calls is when someone tells me they are in town for a few days for a conference and want to stop by our store and see some watches before they leave.

Most customers who come in know a great deal about watches. Others are relatively new to the hobby, and when we talk to them they will hear words like mainspring, co-axial, balance, and 2824-2 for the first time.  More than anything else, we want everyone to feel like they can explore at their own pace without pressure.

ABTW: What is Burlingame best known for? What do visitors have to do, see, or eat while there?

TFJ: Downtown Burlingame is known for its shopping (both independent, family-owned businesses like Topper’s and chains like Bannana Republic, Apple, Kate Spade, etc.) and has a wide selection of fantastic restaurants. However, we are located in the heart of the San Francisco Peninsula and there is a wide range of things to do relatively close by, ranging from touring all the iconic San Francisco sites, enjoying the beauty of Marin County across the Golden Gate bridge, taking a day trip to the Napa Valley wine country, walking on the beach in Half Moon Bay (30 minutes away), and even skiing at Squaw Valley (less than four hours away).

ABTW: As a business do you sponsor or participate in any local events, watch-related or otherwise?

TFJ: Yes, we have lunches and get-togethers that we advertise on the forums we sponsor. We also have special events for our clients and friends of the store. Our most recent event was a pub night with Bremont watches, where we rented out the top floor of a local British pub. The North American brand director flew in and showed everyone the new Basel releases over the most humorously stereotypically British food we could find (bangers, fish ’n chips, etc.).

Yesterday (June 14th), we had an Oris event with members of Watchuseek. At this event, a lot of people visited our store for the first time.  A representative from Oris brought their Basel releases, and provided a fun backdrop for watch enthusiasts to hang out and meet each other.

ABTW: What are some of the watch brands you are known for carrying? If you could pick a watch brand or model that epitomizes the culture or style of Burlingame what would it be?

TFJ: What I think makes Topper Fine Jewelers a unique place in Northern California is the way we combine large well-known brands with more niche products.  All of our partnerships are important, but our best selling brands are Omega, Zenith, Glashutte Original, Longines, Ball and Bremont. If I had to pick one watch that epitomized Burlingame it would be an 8500 calibre Omega Planet Ocean. Aesthetically beautiful, functional, low maintenance, and the more you closely examine its different elements, the more craftsmanship and narrative you see. topperjewelers.com