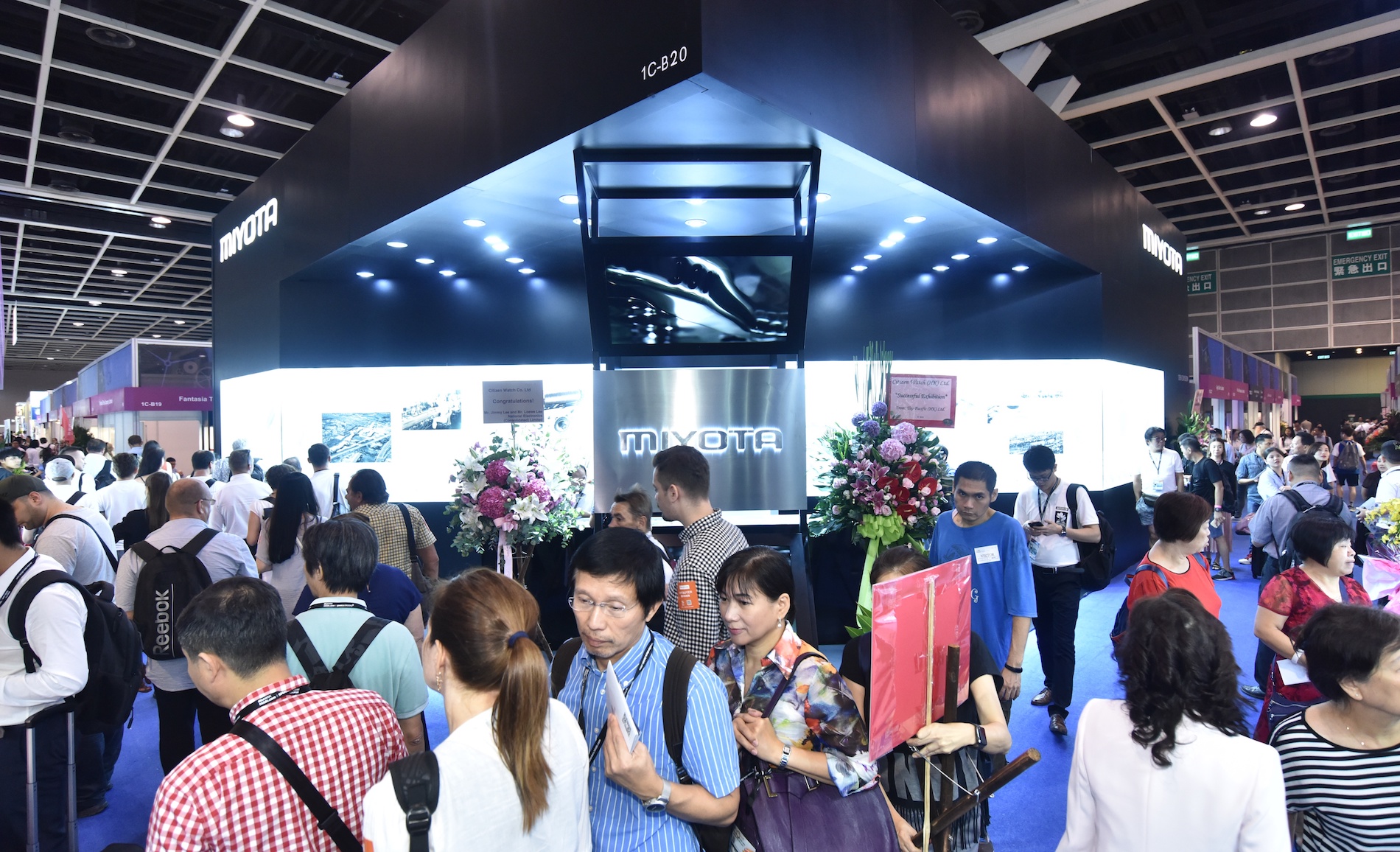 aBlogtoWatch had multiple team members at the 2018 Hong Kong Watch & Clock fair. The large event connects watch brands, suppliers, buyers, and a host of other entities who to a large degree make the wristwatch world go around. Many of these entities are directly responsible for producing parts and accessories (such as boxes and printed materials) for the luxury European watch industry (even if they don’t get vocal credit for it). We’ve been attending the Hong Kong Watch & Clock Fair now for several years and it has been interesting to see not only what happens at the show each year, but also how this Hong Kong-run show contrasts with the European shows such as SIHH and Baselworld. I can say one thing for sure – there is certainly not nearly as much drama in Hong Kong. The Swiss shows have their hosts of political challenges and continue to be an uphill battle for utility in an increasingly digital age. The show in Hong Kong is anything but immune, but their take on such challenges is much more cool-headed and practical – something that helps define the watch culture in Asia overall. Several years ago I wrote about how the European and Asian watch industries exist in an effective symbiosis whereby the two sides benefit one another. I suggest that much of the creative and branding energy comes from Europe, while Asia is responsible for a lot of production. Even brands that have their movements produced in Europe almost always have at least some elements produced in China. The Swiss watch industry would not exist without the Chinese watch industry and vice-versa. Hong Kong isn’t the Chinese watch industry because nothing (or very little) is actually manufactured in Hong Kong. More recently Hong Kong has sprouted a charming community of new watch brands – but the production of their parts comes from China. The dirty reality that most Swiss watch brands don’t want collectors to know is that their parts are often produced alongside parts for much less expensive products. The modern Chinese watch industry as I see it takes two forms. On the one hand you have the factories who produce parts for the European brands, but have extra capacity. In the past this extra capacity was taken up by clients, but more recently they have decided (for a variety of reasons) to produce their own products and have a go at sales success. Most aren’t nearly as slick as the Europeans when it comes to branding and communication, but they are perceptive and have few qualms about copying design and style elements to their heart’s content. These types of brands and watches come in a host of styles, but are really about trying to use a system designed to produce watches for other clients, now for themselves. The other side of the Chinese watch industry involves those brands trying to assert their own local tastes, culture, and style preferences. Some of these brands are historic, and some are quite new. What these brands have in common is their intention to promote a Chinese-themed watch for Chinese buyers. Both of these Chinese watch industry angles have their low and high-points, and both of them seem to be as inspired by the Europeans as they are the Japanese. In Asia Japanese watches are the most advanced and well-received in other parts of the world. Still today the most “homaged” watch at the entire Hong Kong Watch & Clock Fair was the Casio G-Shock. The now 35 year old watch range is endlessly popular among urban environments and truly affordable as well. Even then, there are consumers who see G-Shock timepieces as too expensive, which has opened up a huge world of models that attempt to undercut Casio pricing – with very few if any trying to actually compete laterally. Outside of their love for the Japanese G-Shock watch, the Chinese brands still do their fare share of “homaging” popular European luxury watch designs. No matter how flagrant the copying, the justification for doing so is unfortunately very sound – they sell. The cold hard truth of the watch industry today is that very few people knowingly purchase anything due to familiarity. It is a fashion purchase now, and just like in the world of fashion, look-alike products at bargain prices work extremely well. It should simply be that a consumer loves a design but isn’t willing to spend the money “on the real thing,” or that they are actually trying to deceive onlookers into believing they are wearing something more expensive. My instinct tells me it is actually more of the former. More so, the brands who “copy” high-end watch designs are also correct in suggesting that if their timepieces are marketed in a mainstream manner, many of their customers wouldn’t know that they didn’t come up with the designs in the first place. The relative obscurity of where most watch designs originate is something lost on most mainstream consumers. For those brands simply trying to do business, they will “replicate” successful designs as much as possible. For those attempting to emphasize their more artistic side, they often struggle with the effort it takes to legitimize their designs and convince consumers to take a chance on them. Watches (nice ones at least) do tend to come with prices that bars too much experimentation. Consumers do want to really enjoy what they are wearing, and so borrowing successful themes is often more efficient than trying to invent your own. People in Asia seem to collectively have more fun with wristwatches than people in the West. I find this interesting and compelling as an enthusiast. On the street you’ll see men, women, and, children wearing watches of various colors, sizes, and styles – much of which would be considered perhaps childish or too playful in Europe or the United States. I do think that “children as adults” as a fashion concept is much more acceptable in many parts of Asia as compared to the West. I have theories about why this is. Of course it is cultural, but that doesn’t explain everything. My theory is that many governments in Asia apply a more “nanny-state” style of rule which encourages its citizens to treat the state like a parent – and trust it as such. Likewise if you are an adult and have a parent – is it not also logical to feel more comfortable being childish? I first noticed this fact as a young child being very interested in Japanese toys – only to be entirely surprised that in Japan many of those toys were being purchased by adults. This is certainly an entirely different conversation, but I think it does speak a lot to the notion that in Asia there is a lot more comfort with the notion that a watch is a toy – in addition to being an instrument and possibly a wealth status symbol.