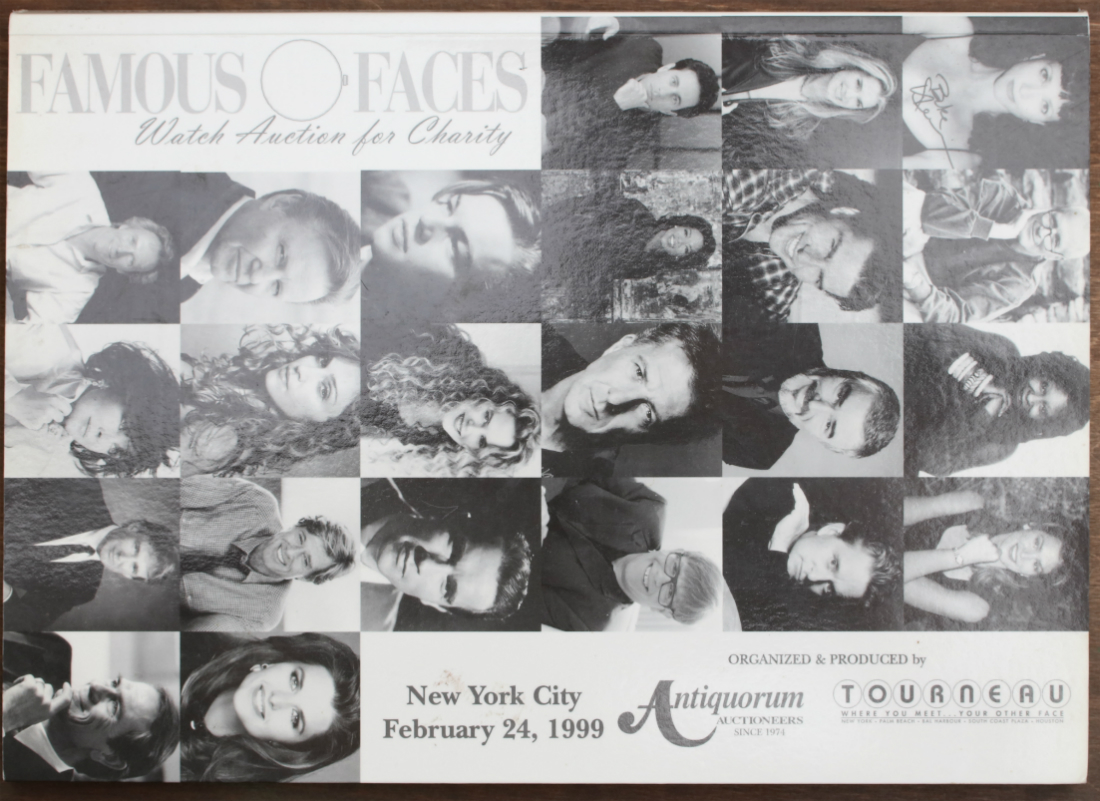 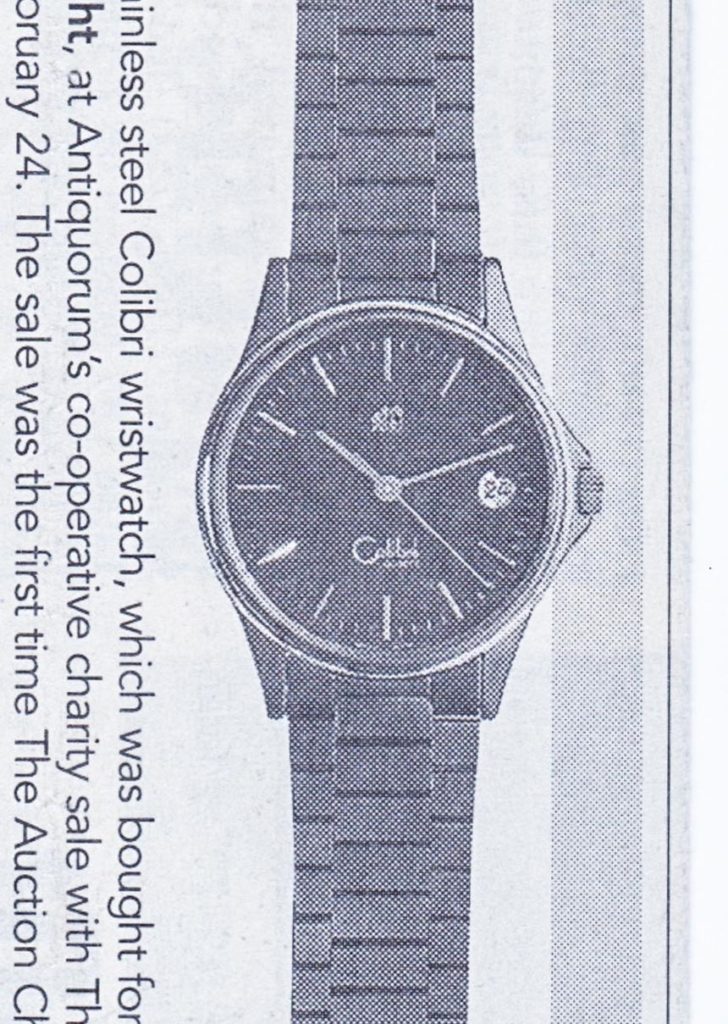 What is interesting is that Trump’s sentiments toward Reagan in 1999 are unclear. An article on Politico discusses how statements made by Trump over the years reveal a vacillation between admonition and reverence for the conservative political icon. Apparently Trump made anti-Reagan statements in the late 1980s and pro-Reagan statements in recent years. Whatever he felt about Reagan in 1999, it was enough for him to purchase a relatively low-value wrist watch (perhaps among the least valuable ones at the auction event) that belonged to Ronald Reagan for the final hammer price of $7,000. A price clearly many times more than the value of the men’s (though it was only 32mm wide) Colibri Quartz watch that looks to be solidly a product of the 1980s. In my opinion, this was a passion purchase by Trump, not because of the watch, but because of the owner. 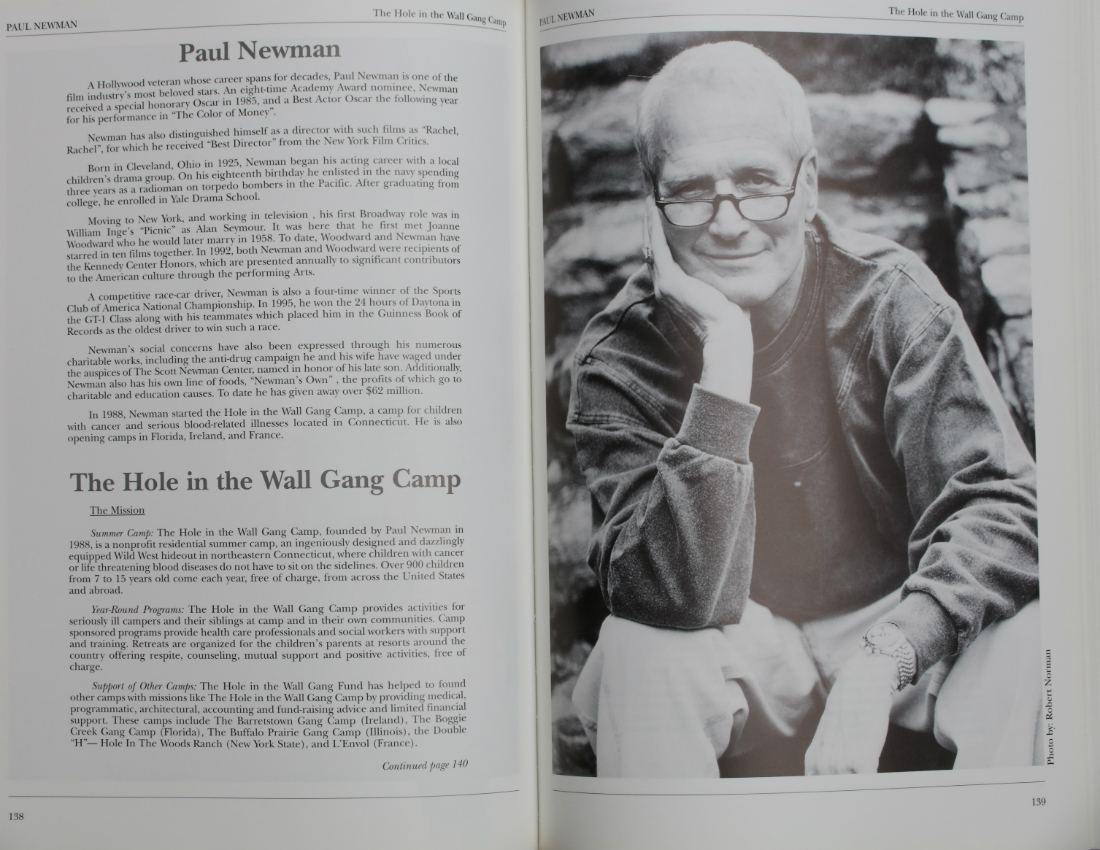 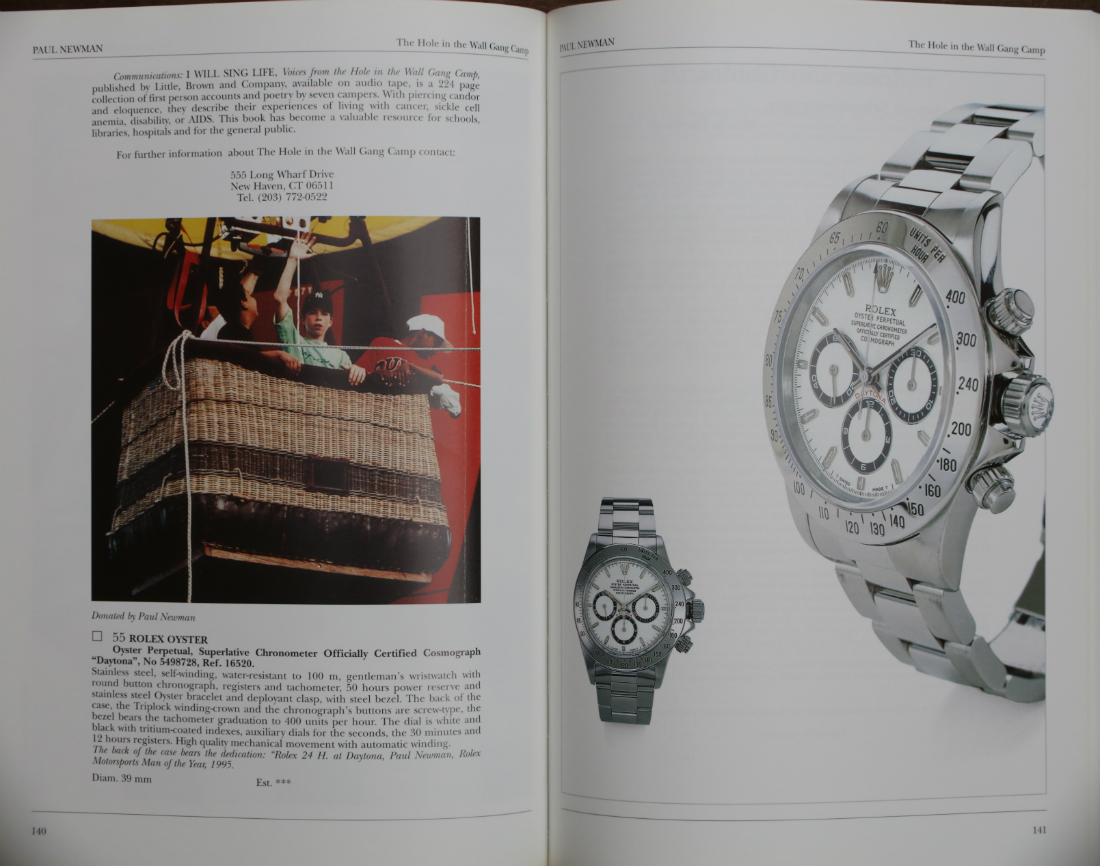 The highest price yielded that evening at the TimeMachine in 1999 was for an actual Paul Newman Daytona that went for $39,000. No, not the more vintage manually-wound Rolex Daytona watches that were made famous by a photoshoot with Paul Newman wearing it, but rather an actual newer generation (at the time at least) steel Rolex Cosmograph Daytona owned by Paul Newman. Consider that a very good deal. James Cameron donated one of his personal watches, which was the Rolex Submariner he wore while filming his blockbuster movie Titanic. He states that he actually wore the watch while diving deep below the ocean in a submersible to actually view the wreck. Whoever got Cameron’s Submariner got a real deal, as it went for $9,000 – scarcely more than the price of a brand-new Rolex Submariner today. A couple years ago, Rolex released a sort of unofficial homage watch to James Cameron with a special version of the Rolex Sea-Dweller Deepsea B-Blue. 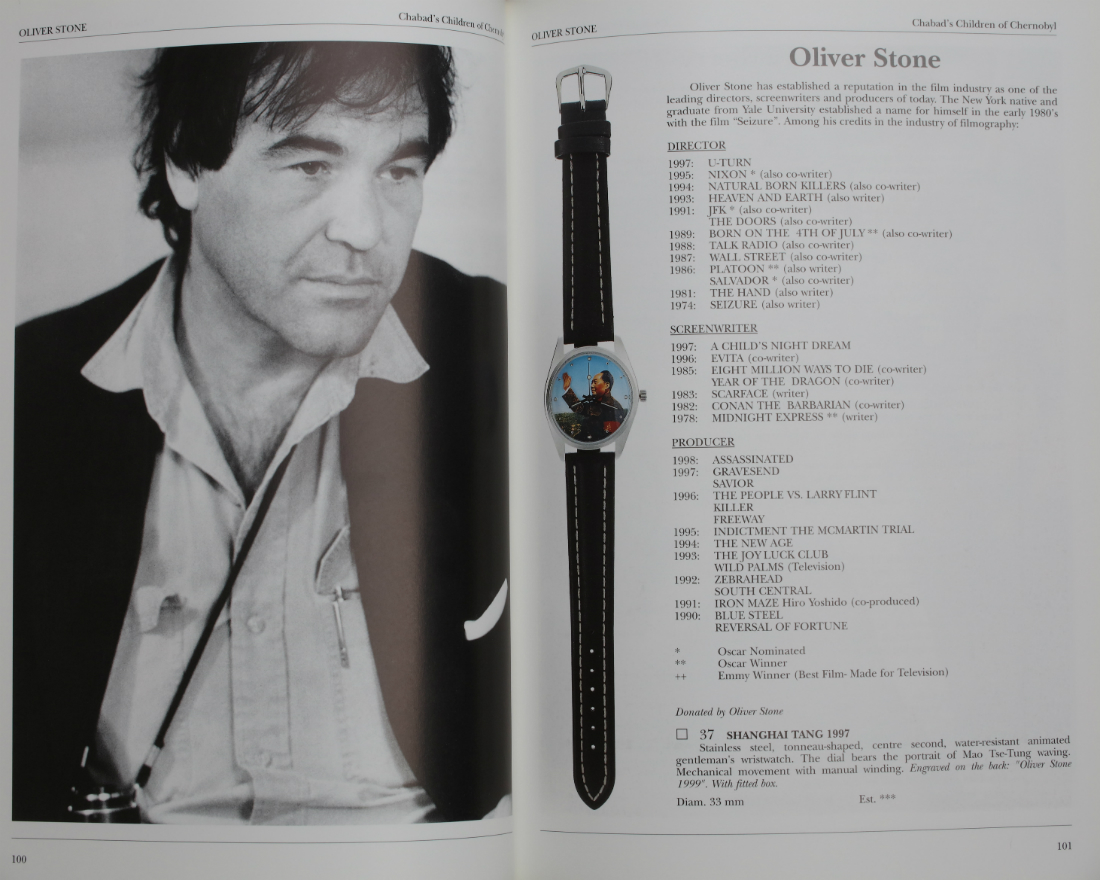 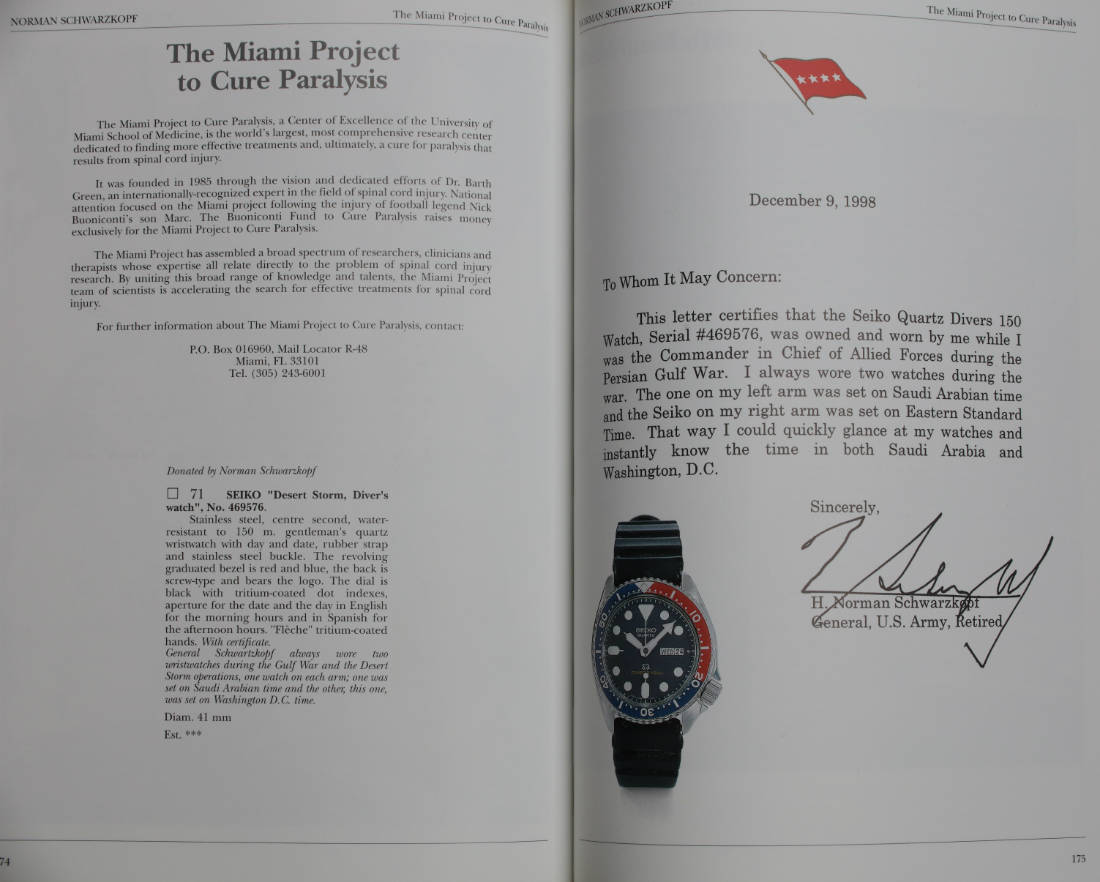 A few years ago, I wrote about the watches of US Army General Norman Schwarzkopf after he passed away. I knew that the Seiko he wore during Desert Storm in the early 1990s was auctioned off for $11,000, but I didn’t realize at the time that it was part of the Famous Faces auction. He actually personally donated that watch for the auction with the proceeds going to his particular charity of choice which was The Miami Project To Cure Paralysis. General Schwarzkopf even offered a letter certifying that the watch was his, and that he wore it during the Gulf War. 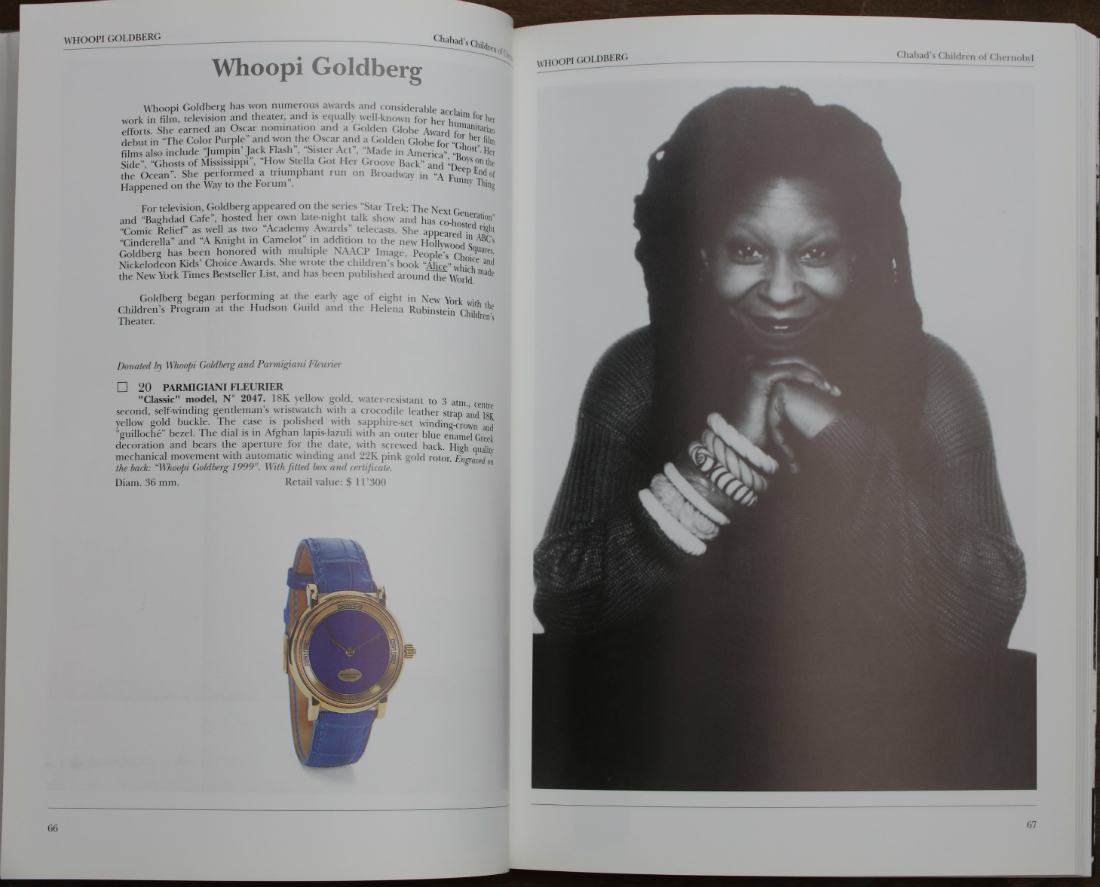 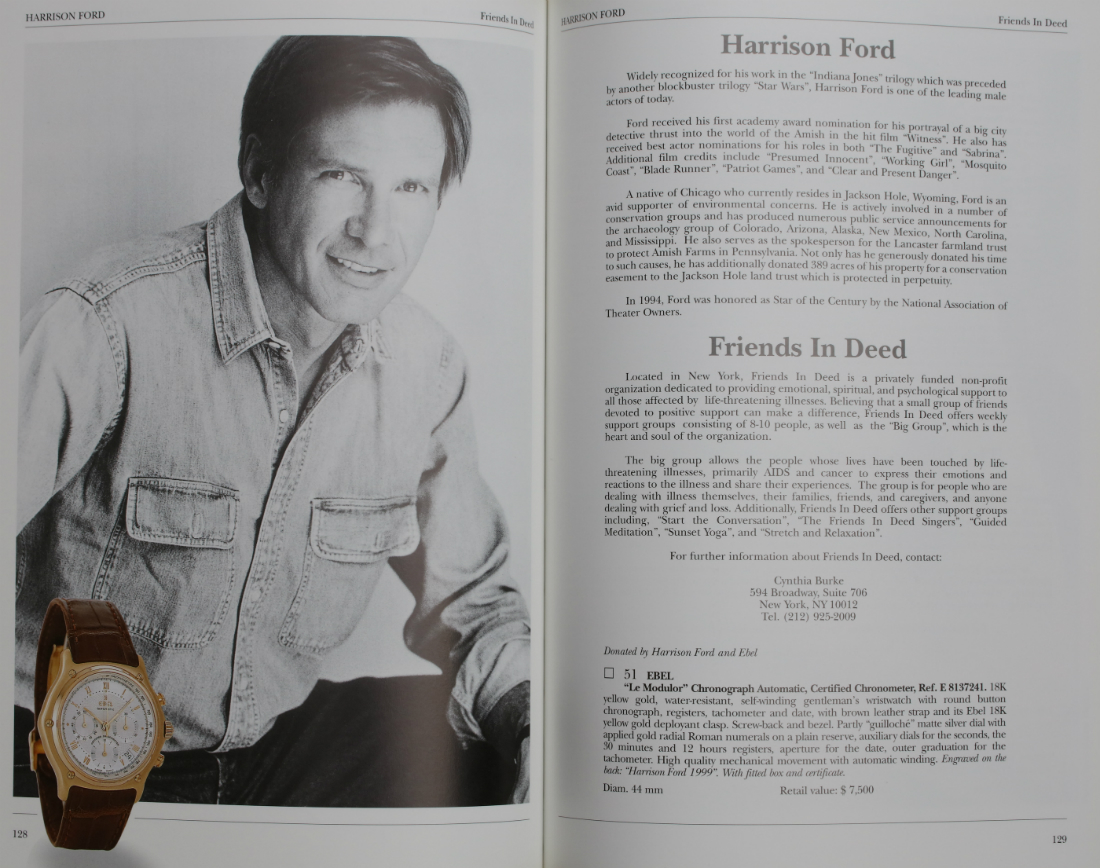 A lot has changed in the watch world, auction world, and lives of the people who attended 1999’s Famous Faces Watch Auction For Charity event. For a full list of the prices that each lot received you can look here (even though you actually need the book to know what the lot numbers refer to). Reflection on this story for me was interesting, not only in thinking about the world today, but also in connection to watch collecting and the people involved. The catalog is an interesting keepsake even though I was never at the event. I want to thank Andrew Block for recalling details of the event for me, and for confirming that this was truly a singular event – never to be repeated, and unlike pretty much any other watch auction that happened before it, or since.