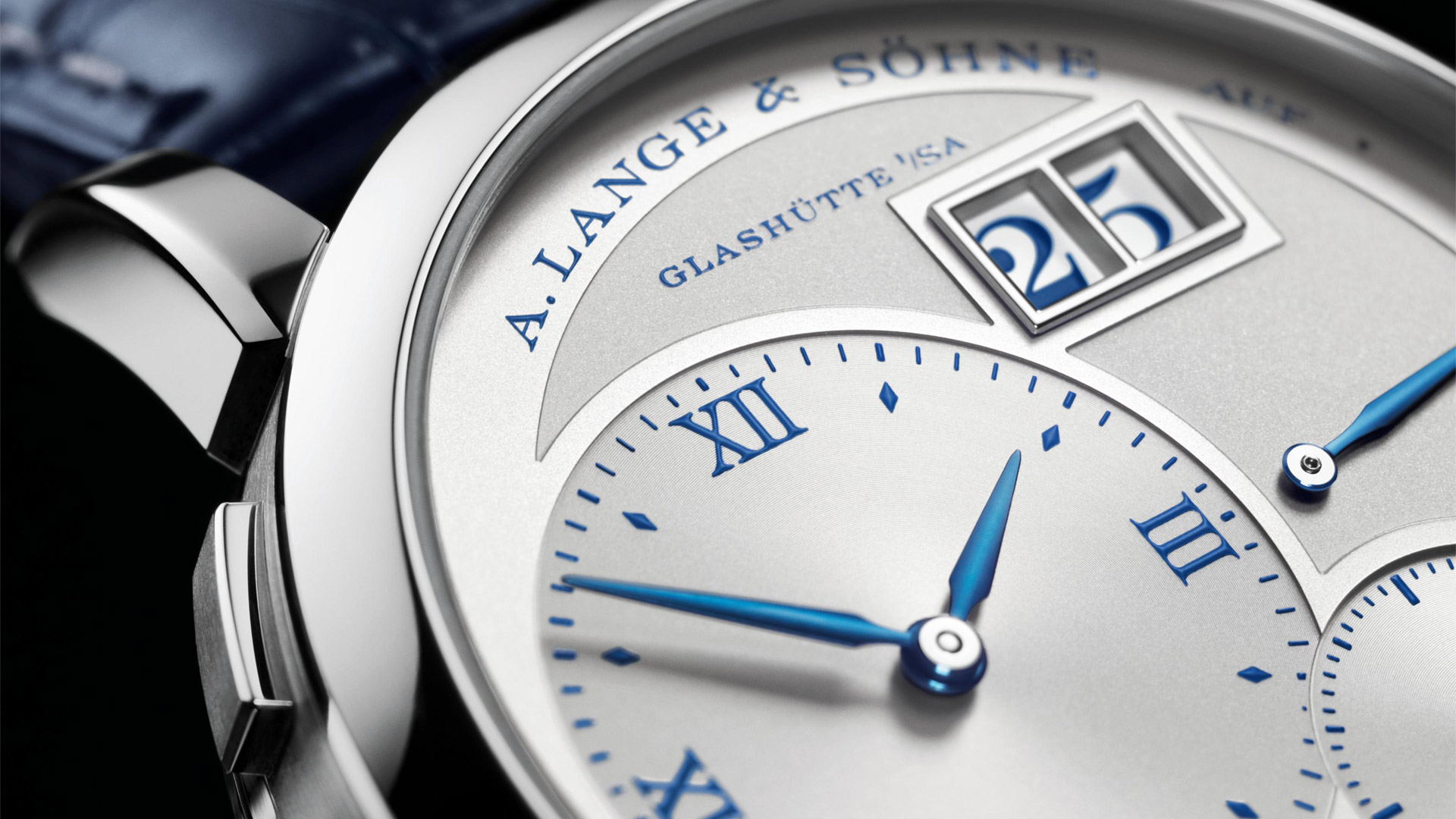 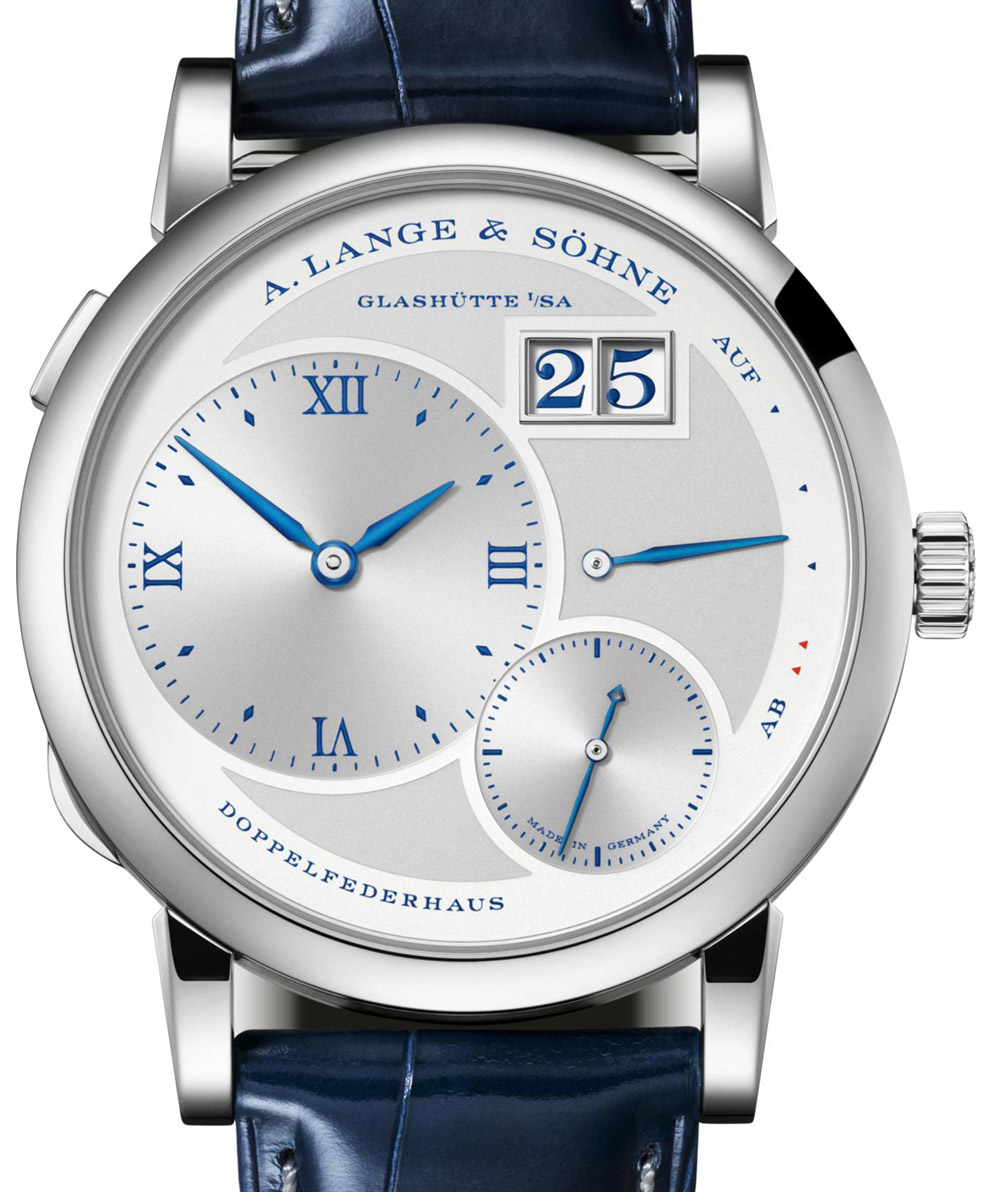 The phrase “modern icon of watchmaking” gets thrown around often, but is there anything else that you would use to describe the Lange 1? Didn’t think so. The modern A. Lange & Söhne that we know today presented its first watches 25 years ago in 1994. There were four: the Saxonia, the Arkade, the Tourbillon Pour le Mérite, and of course, the Lange 1. To celebrate the 25th anniversary of the Lange 1, the brand has created a special limited edition version called the A. Lange & Söhne Lange 1 “25 Anniversary.” But before I talk you through this creation, a trip down memory lane is necessary. 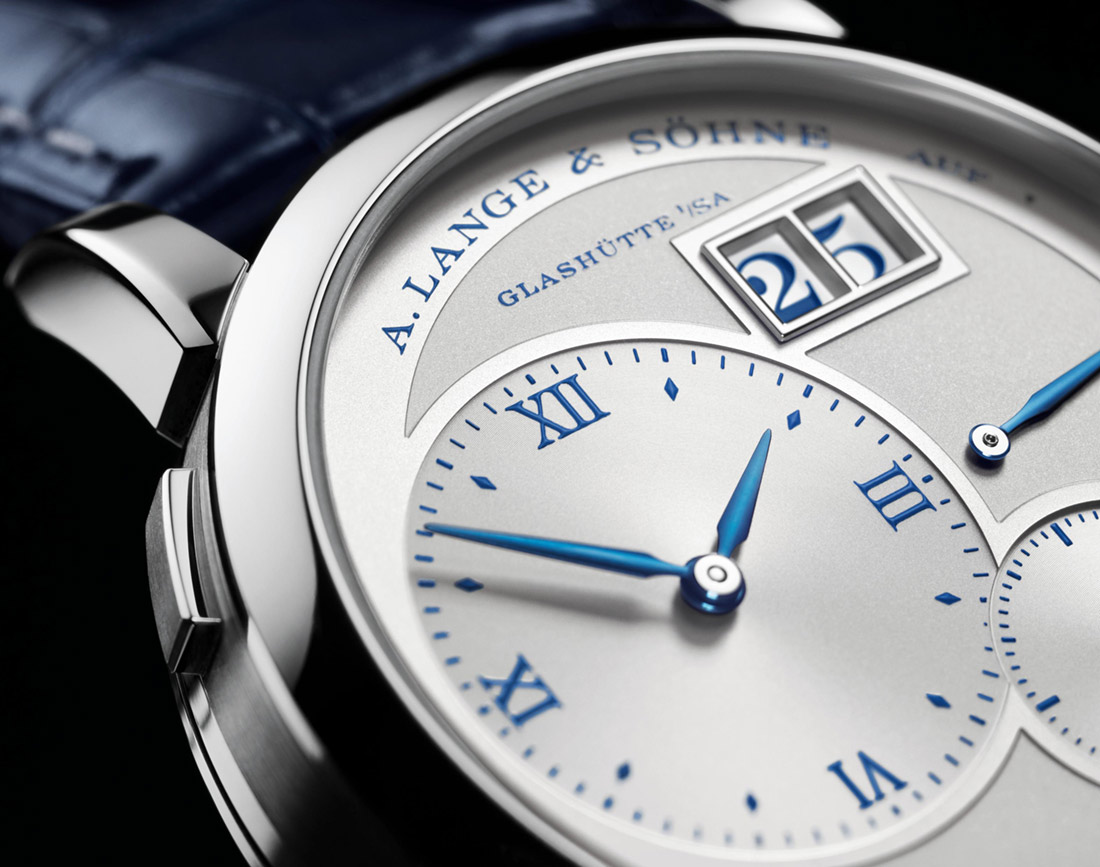 Today, most people look at the Lange 1 and think, “that’s a good-looking watch.” But back in 1994, it was more than just a handsome watch – watches with asymmetrical dial configurations were rare and therefore considered novel. That, combined with the big date display, flawless proportions, and a traditional movement made of German silver, with a three-quarter plate and hand-engraved balance cock made it a hit with enthusiasts and collectors. As we now know, it went on to spawn countless variants such as the Grand Lange 1, Lange 1 Time Zone, and the Lange 1 Moon Phase reviewed here, just to name a few. 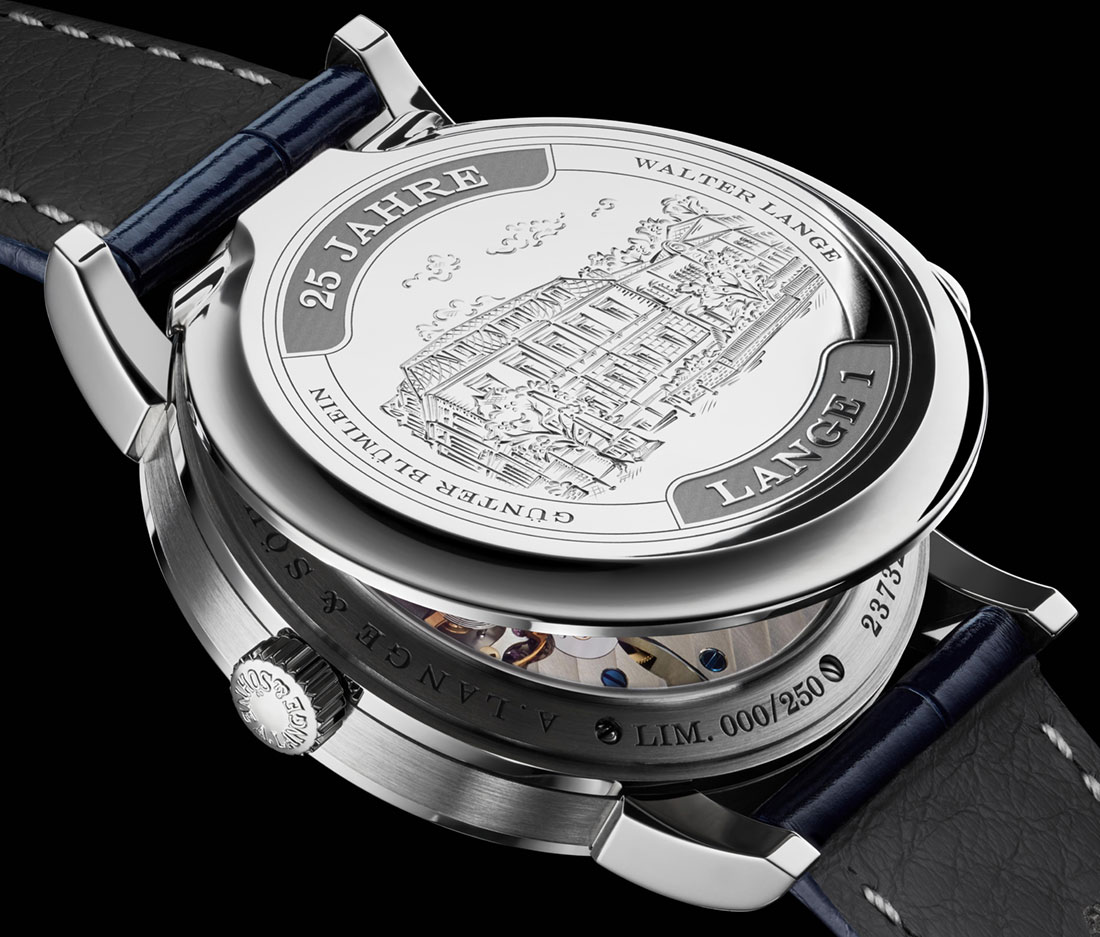 The special edition Lange 1 is essentially a regular Lange 1 but with some aesthetic changes and unique features. The A. Lange & Söhne Lange 1 “25th Anniversary” comes in a 38.5mm white gold case. White gold was chosen because the first Lange watches unveiled back in 1994 were in white gold. At the back of the case is a hinged cuvette with the engraving of the Lange manufacture from 1873. Flanking the engraving are the names of Walter Lange and Günter Blümlein, the two men who were instrumental to the revival of A. Lange & Söhne. Fittingly, the entire cuvette is crafted from solid white gold. 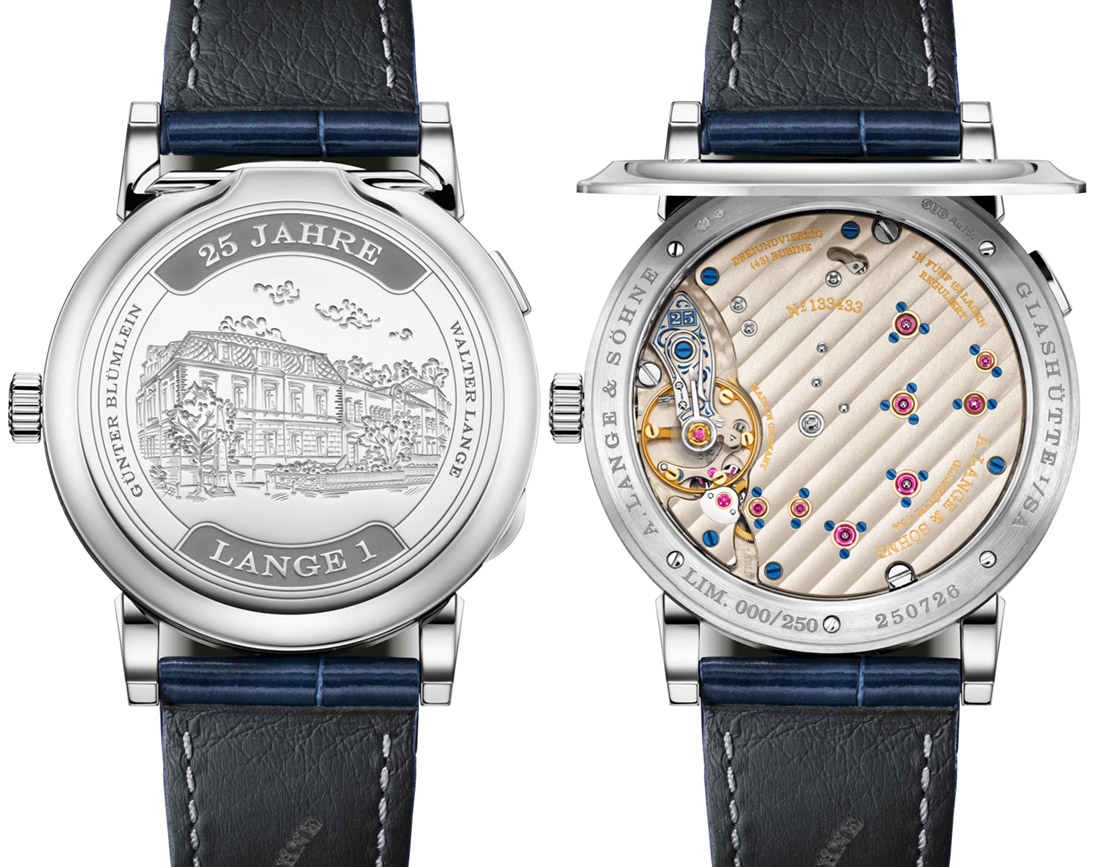 The dial is argenté in color and is made from solid silver. The printed numerals, hour markers, and the various hands and text on the dial are all rendered in blue. Also in keeping with the argenté and blue color scheme is an outsized date display which uses blue fonts for the dates. Completing the look is a matching dark blue hand-stitched alligator strap. 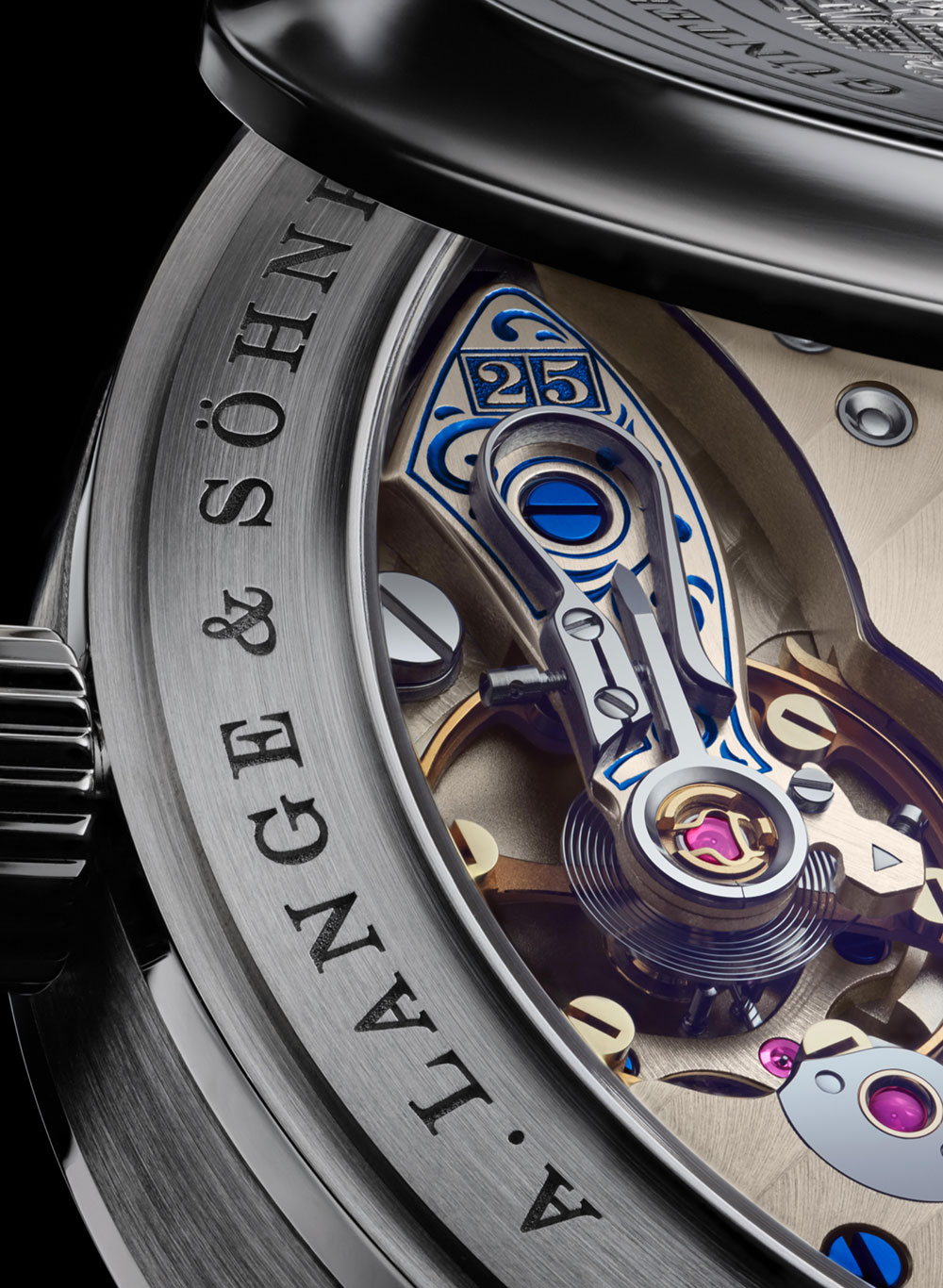 Inside, the A. Lange & Söhne Lange 1 “25th Anniversary” watch is powered by the caliber L121, which is visible behind the sapphire display case back once the hinged cuvette is lifted. This movement has plates and bridges made out of untreated German silver and a traditional three-quarters plate architecture. The balance cock, as you should expect, is engraved by hand. It beats at 3Hz and has a power reserve of 72 hours – the same as the other Lange 1 watches. 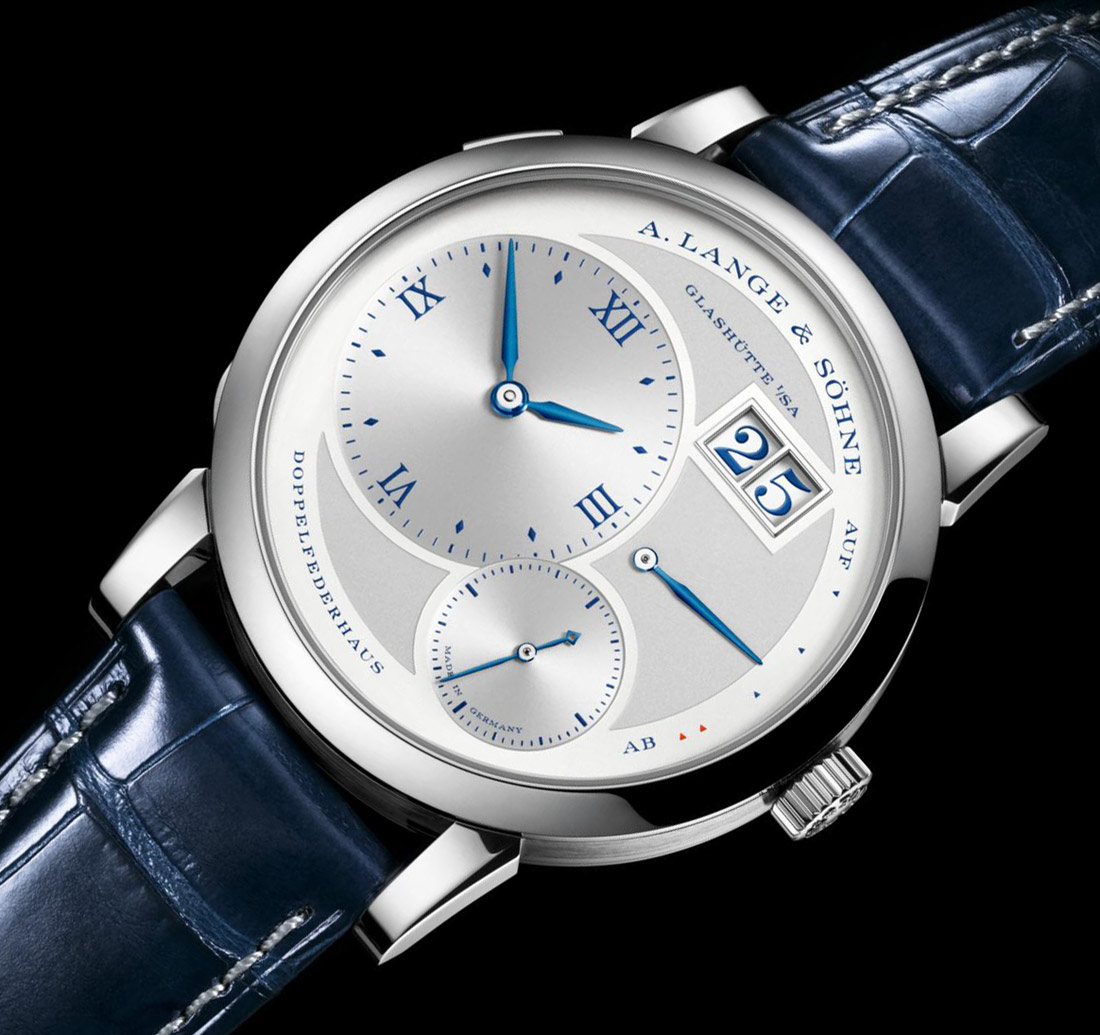