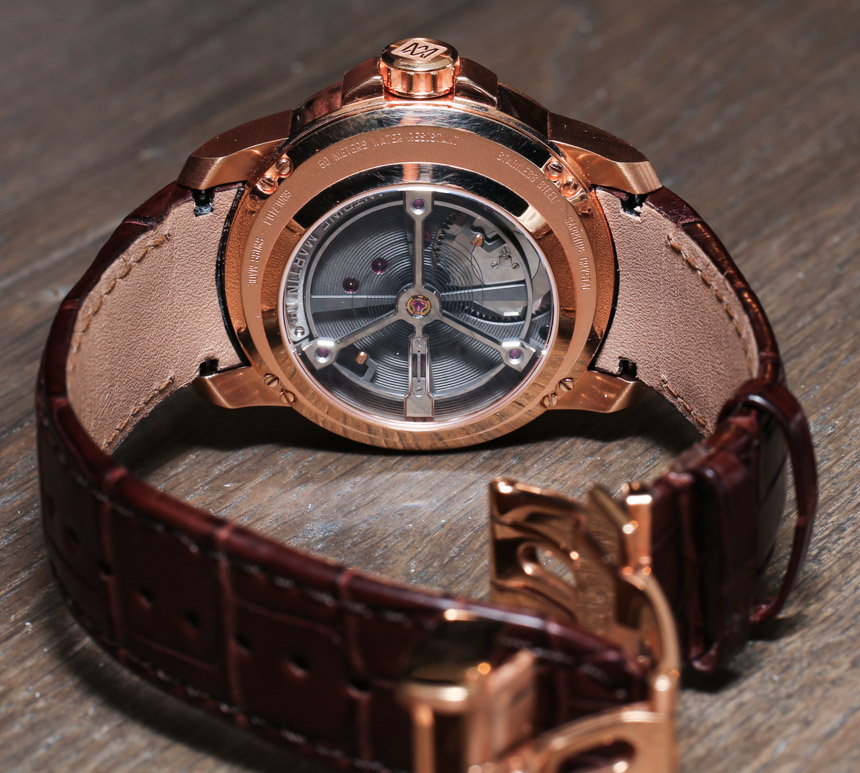 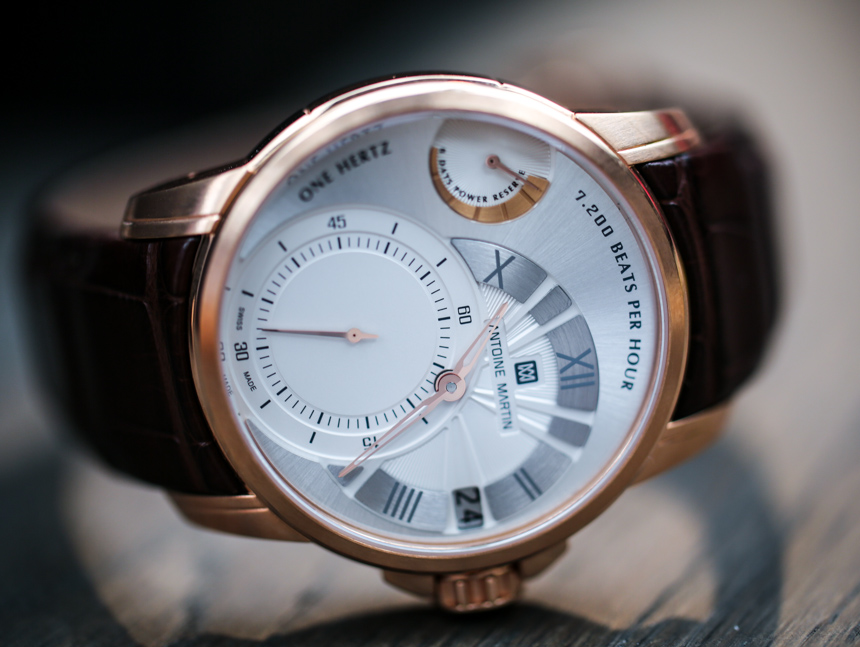 Antoine Martin’s Slow Runner is the epitome of what watchmakers make when they are trying to impress watch nerds. Who else would be able to appreciate the technical complexity and sheer whimsy of a mechanical watch with a huge balance wheel that operates at a steady 1 Hz? Visually the Slow Runner is fun, but understanding its real purpose takes not only an understanding of movements, but also an understanding of what other independent watch makers have been doing in this space over the last few years.

We first discussed the Antoine Martin Slow Runner here back in March of 2013. The brand has undergone some significant changes since then. Having lost its CEO, now all managerial and technical roles (for the time being) are the responsibility of co-founder and great watchmaker Martin Braun. I don’t really know what that means for Antoine Martin at this time, as the former CEO, Bruno Jufer, has moved over to head the Swiss brand Eterna. Anyhow, let’s get back to the watch (even though this industry stuff is good to know). 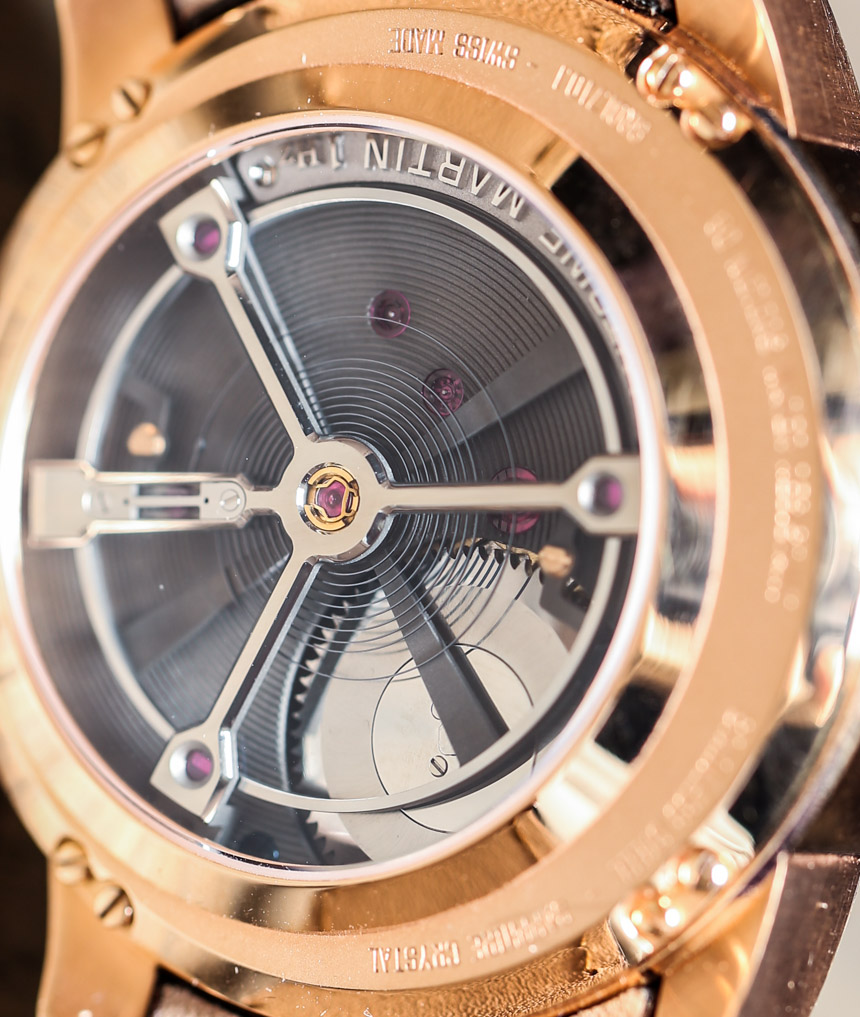 The Slow Runner is designed to slow down a watch movement to just one beat per second. That is either a third or a quarter of the operating speed of most other mechanical watches made today, assuming we are talking about 3 and 4 Hz movements. The video shows you exactly what I mean, as you can clearly see the balance wheel oscillating fully one time each second. Martin Braun designed it because it was getting popular for some small watch makers to produce “dead seconds” hand watches with second hands that ticked as they do on quartz watches. Braun explains that none of those are true one hertz watches even though their hands tick. A special gearing system slows down the seconds hand. He wanted to have a true one hertz movement – so that is exactly what he designed.

There is a rhythmic elegance to the slow beating of the large 24mm wide balance wheel. It is very cool to see and in order to ensure maximum stability, Antoine Martin fitted it with a silicon hairspring: probably the largest one made for a wrist watch today. It is very interesting to turn the watch over and look at the movement through the rear sapphire crystal and more or less just see a giant balance wheel in your face that certainly isn’t expected if you don’t know it is there. 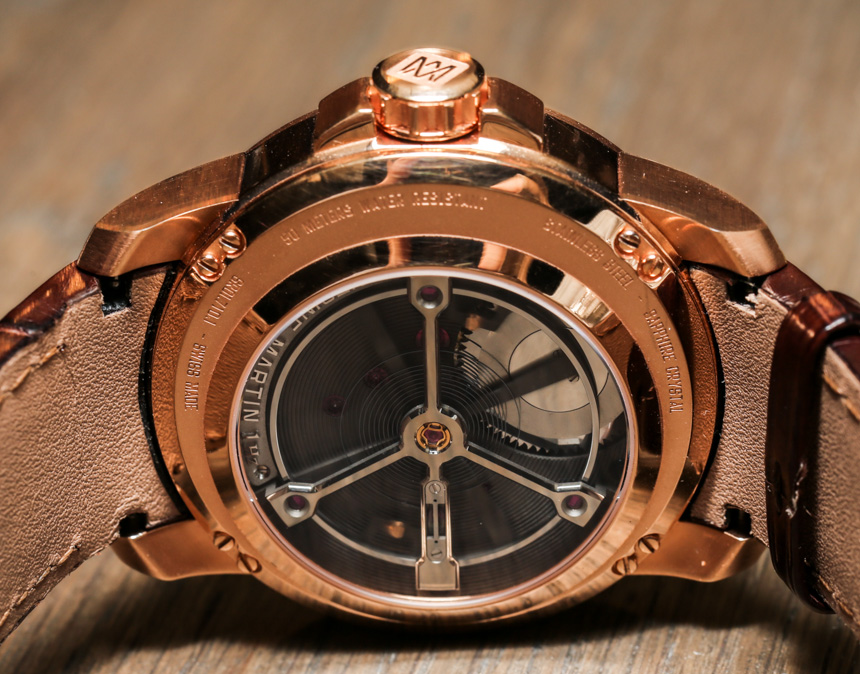