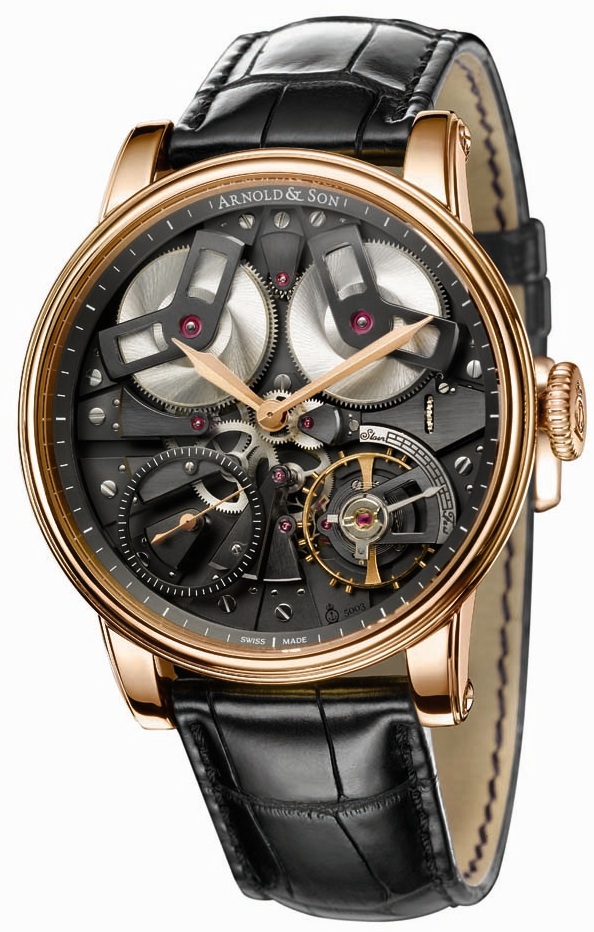 Now, here is an interesting new watch that I wasn’t expecting from UK based Arnold & Son. The concept is that the movement is “inside out,” well sort of. Basically what you see on the dial is typically what you would see on the rear of the watch. Arnold & Son isn’t the first to offer a watch that applies this concept, but their new TB88 does that and has a few more tricks up its (exposed) sleeve.

“TB88” sounds like some super mutated version of tuberculosis. I don’t want to contract TB88! There should have been a better name. TB actually stands for “True Beat,” which is Arnold and Son’s way of saying dead-beat seconds. This complication has been given a lot of names over the years. It refers to a seconds hand that ticks, but is part of a mechanical, not a quartz watch. Ticking seconds hands have been around for a long time, but since quartz watches came around people began to associate them with cheap timepieces. So any mechanical watch that wanted to use a ticking seconds hand needed to be really careful about how to describe it to about the “quartz confusion” (cool term I just made up, will have to save that for something later). 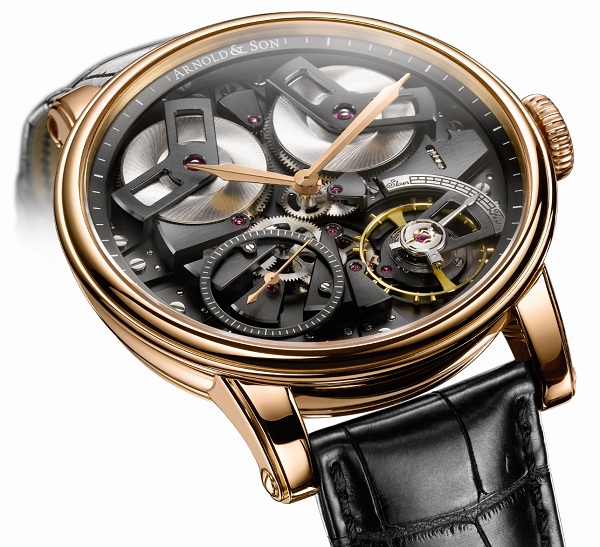 Inside the TB88 watch is the manually wound caliber A&S5003. It has two barrels that provide about 100 hours of power reserve and it operates at 18,000 bph. This slower rate gives you a nice chill view of the exposed balance wheel. On the dial is a dead seconds subsidiary seconds display and the time. The three dimensional dial is very attractive and Breguet-esque. The bridges and much of movement are done in black ruthenium to highlight the gears and other moving parts. Looking good Arnold & Son.

The TB88 watch itself is 46mm wide with a sapphire crystal on the top and bottom. Case design is fine. Nothing special, but it highlights the movement well. It is overall a very pretty piece that I would enjoy strapping on. Arnold & Son will offer it in 18k rose gold as well as in steel. One last thing, make the hour and minute hands the right size, OK Arnold? Or was that your son’s fault. arnoldandson.com