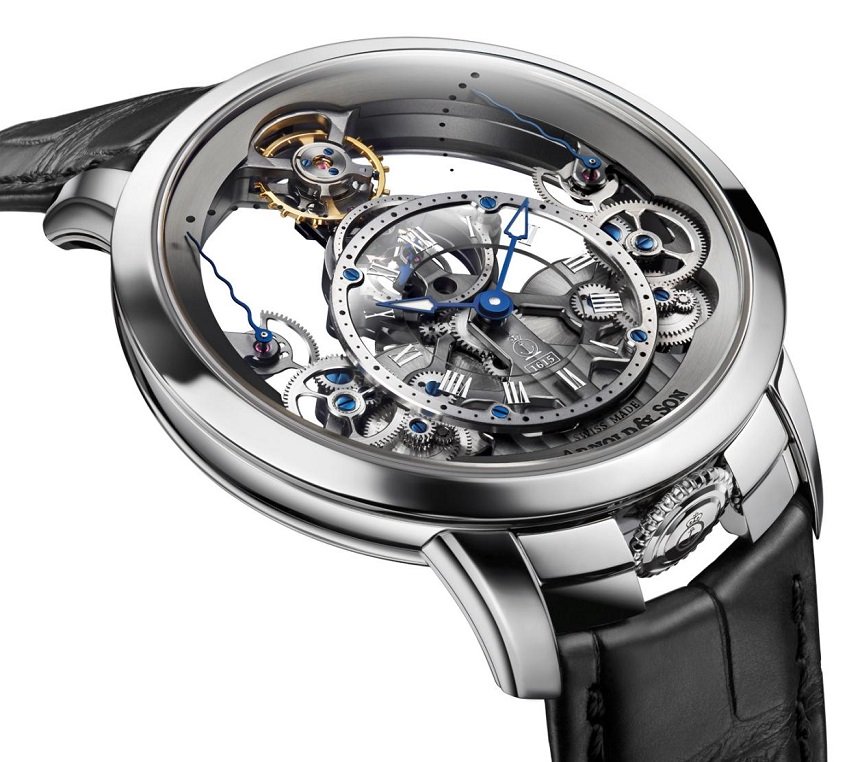 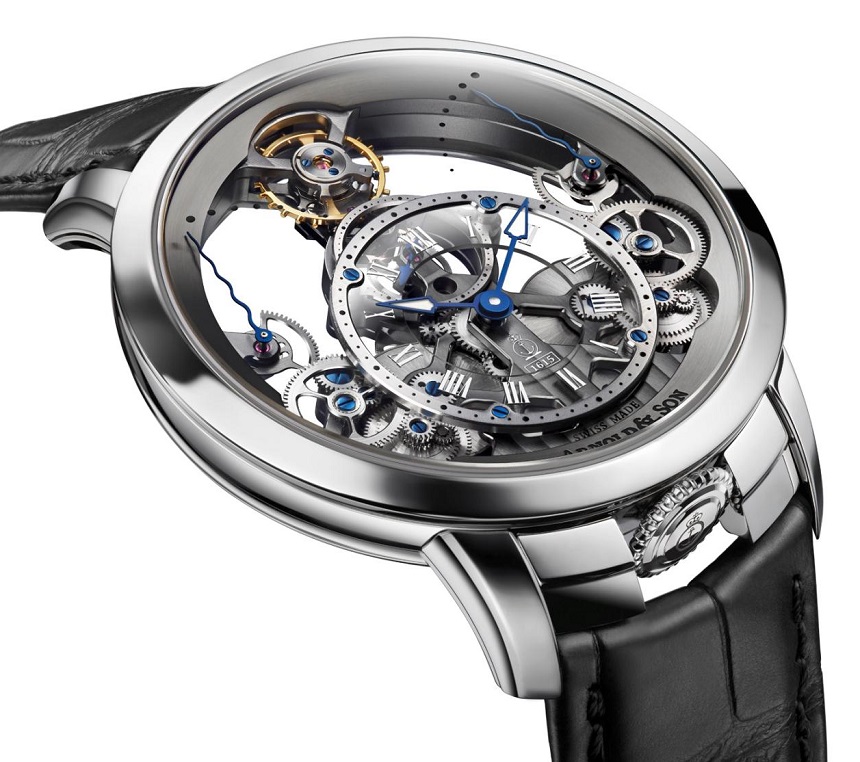 For 2014 Arnold & Son follows up its extremely desirable Time Pyramid watch that was originally released in 2013 with a more accessibly priced model in steel. Arnold & Son is one of the few brands that regularly offers many of its most interesting timepieces in both steel as well as precious metals. It was not clear that the Time Pyramid was going to be a success when it was originally debuted, but given demand, Arnold & Son has produced a version in a polished steel case with a new finishing for the movement.

aBlogtoWatch offered a hands-on look at the Arnold & Son Time Pyramid watch last year – you can make your own determination on how interesting its design is. The highly skeletonized movement was inspired by a skeletonized British clock from around 1830. The triangular shape of the movement was the source of the “pyramid” part of the name. The 2014 Time Pyramid in steel offers a new look for the watch in contrast to the 18k red gold version. From lighter to darker, the movement in this model is finished in a dark gray color over the traditional Cote de Geneve and other decorative polishing techniques. 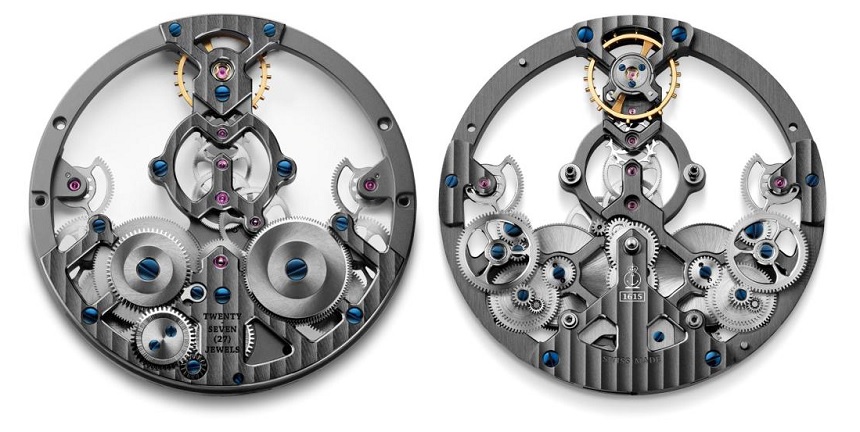 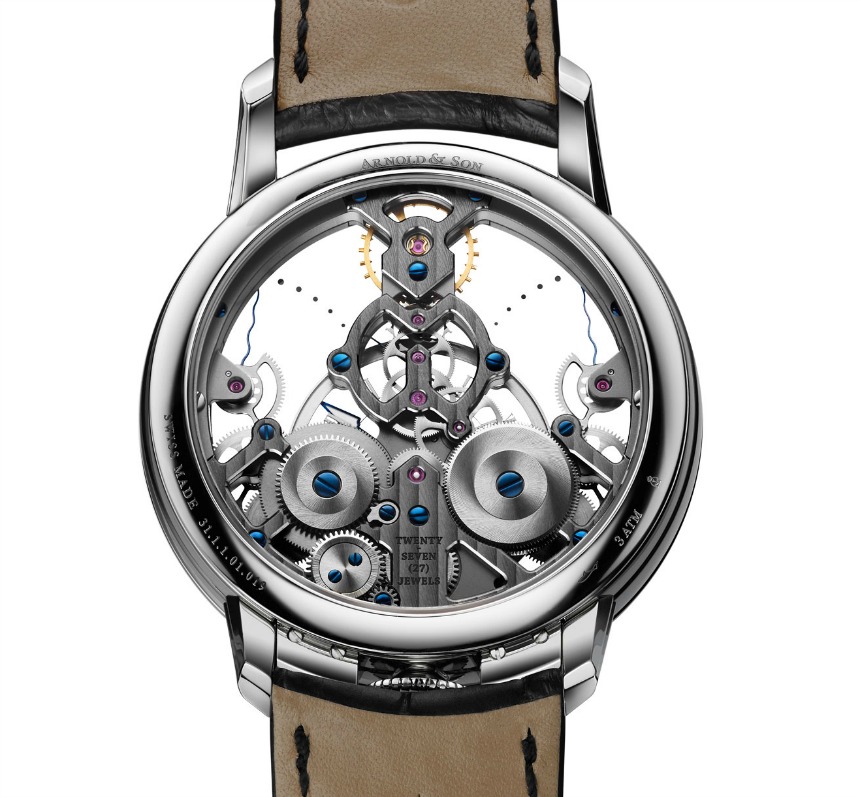 Arnold & Son is produced at the La Joux-Perret watch manufacture in Switzerland, meaning that all the movements are in-house made. They produce some very impressive and clever mechanisms that both look and operate in a manner that attracts watch lovers. Inside the Time Pyramid is the Caliber A&S1615 manually wound movement that is just 4.4mm thick. It operates at 21,600 bph and has a long power reserve of 90 hours.

Functionally it makes clever use of its space and design, offering an oscillator under 12 o’clock as well as double power reserve indicators. The function of the dual power reserve indicators is to first display the power reserve of the main barrel, and second to indicate the power reserve of a reserve barrel that kicks in when power is going down in the first. The result is a more constant stream of energy from the mainspring barrels to the balance wheel that is designed to increase accuracy over time. This isn’t just a movement that looks nice, but is really one with a lot to enjoy for movement lovers. 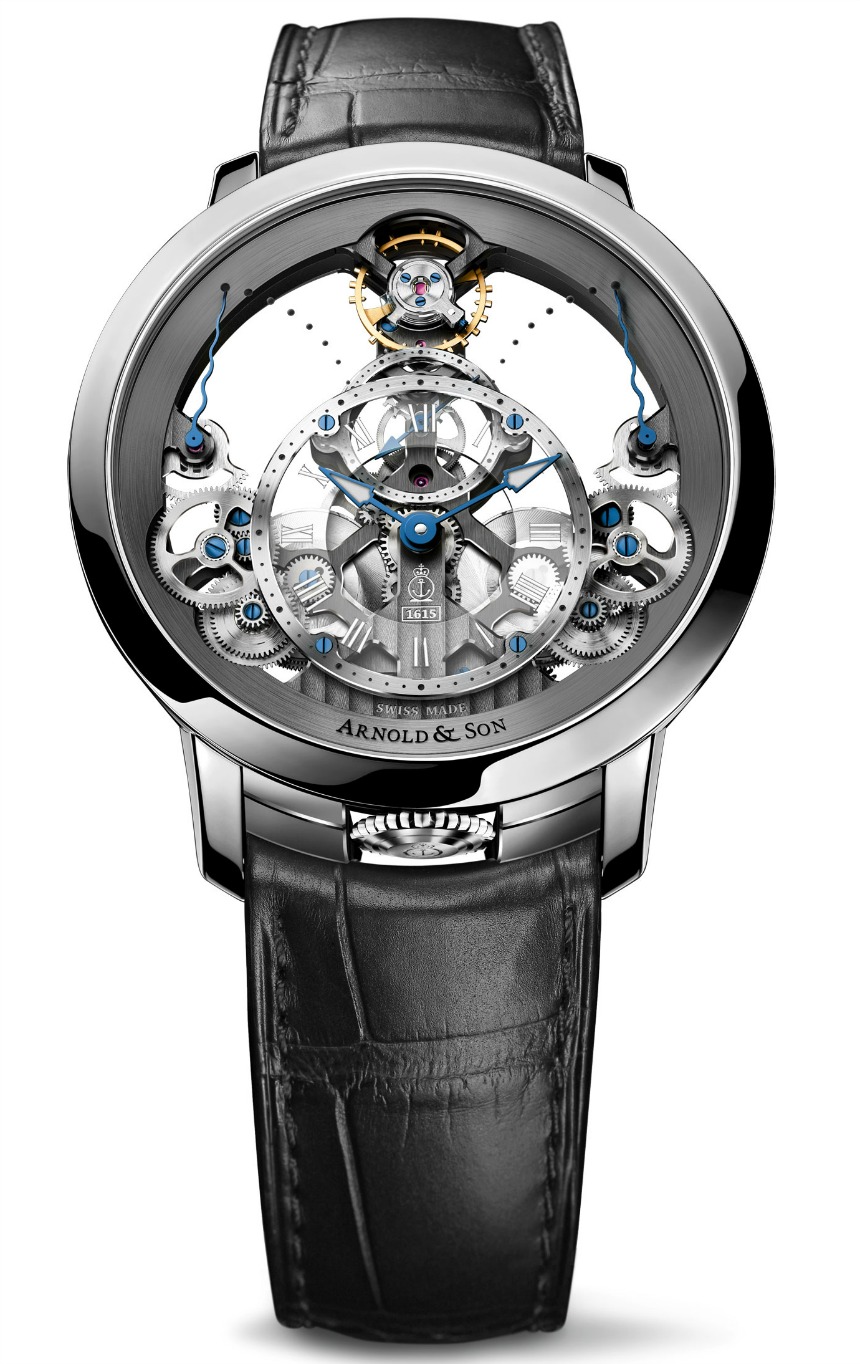 At 44.6mm wide, the Time Pyramid is a delightfully large-sized watch in a case that is not too thick. The crown is located at 6 o’clock making for a beautiful symmetrical design. Even though the face is skeletonized and the dial for the time is smaller, legibility is still good thanks to the blued steel hands and full set of hour and minute markers. Another new feature is luminant. Compared to the gold Time Pyramid with its skeletonized arrow hands, the steel version has hands tipped with SuperLumiNova. Under the main dial for the time toward the top is a smaller subsidiary seconds dial.

With the original Time Pyramid in 18k red gold costing about $40,000 (still a pretty good deal given the movement), this new version in steel should be much less. Price is $29,850. Not cheap, but compared to what else you can get for that price this is a hell of a timepiece. arnoldandson.com 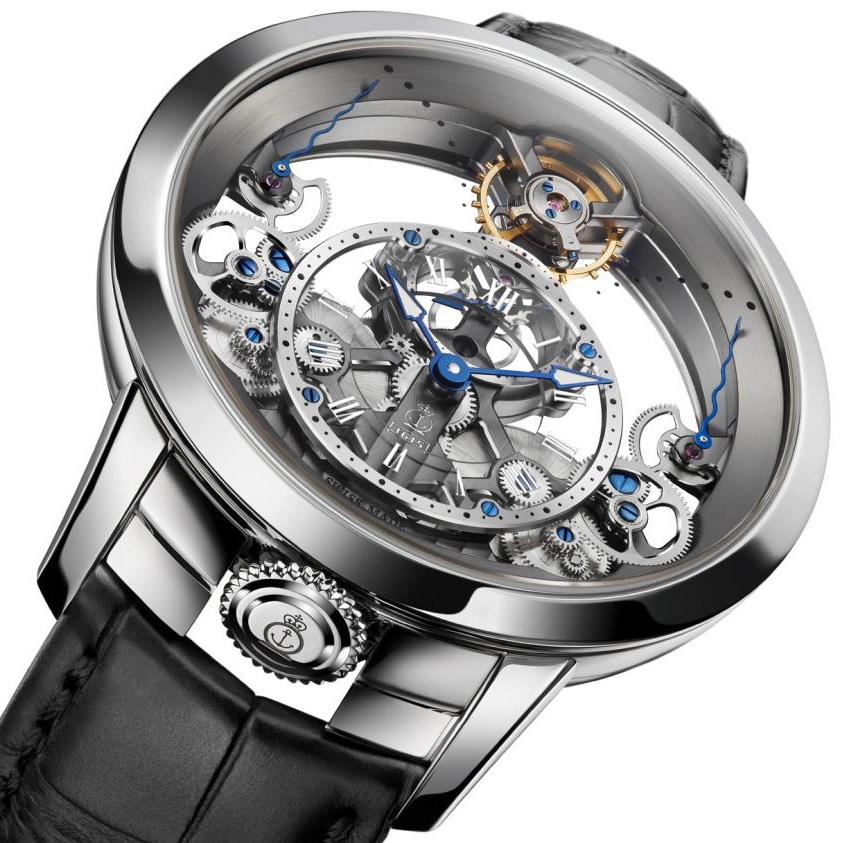 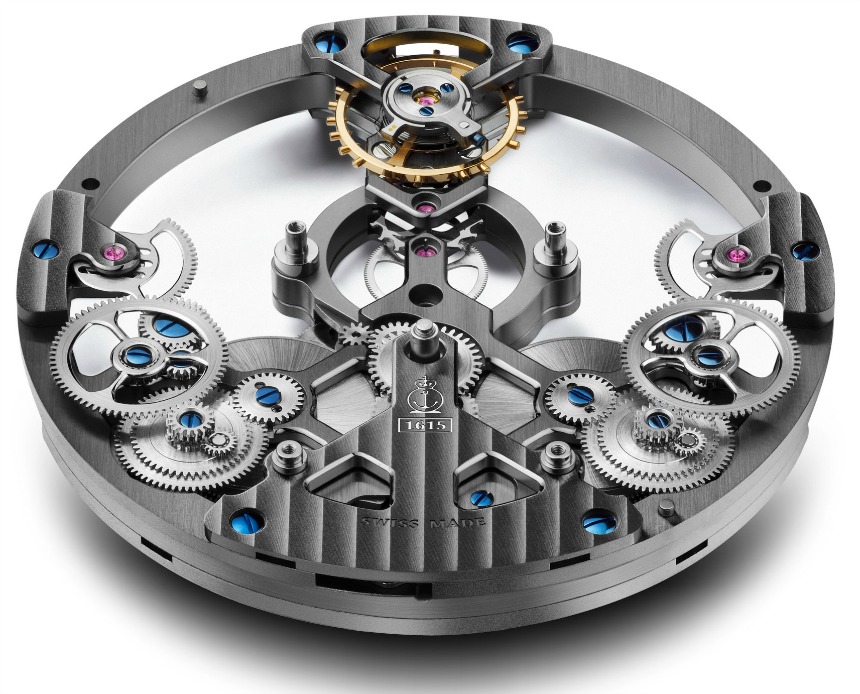