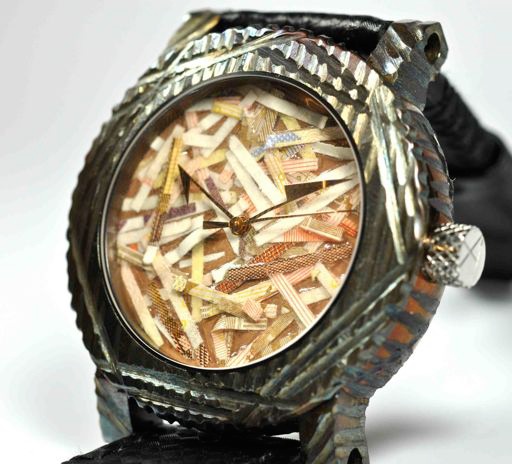 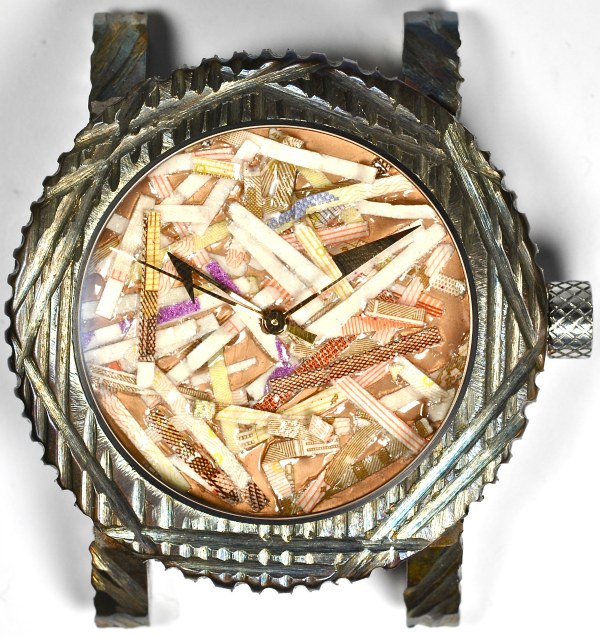 Few watch brands would do something wild like this, but Artya would! Strange and poetic, you have to appreciate the political message and sentiment behind the brand’s new one-of-a-kind “Bye Bye Euro” timepiece. It combines humor and art to comment on the fact that the Euro as a currency might have not been the best idea.

While not an economic or European politics expert, I have spent a fair amount of time listening to people (in Europe) lament the Euro and what it has done to both well-established and developing economies. The failings of countries such as Greece and Italy help reenforce some of the problems that the adoption of the European Union currency caused to many places. It now makes sense why countries such as England and Switzerland did not sign on as full European Union members and retained their own domestic currency. 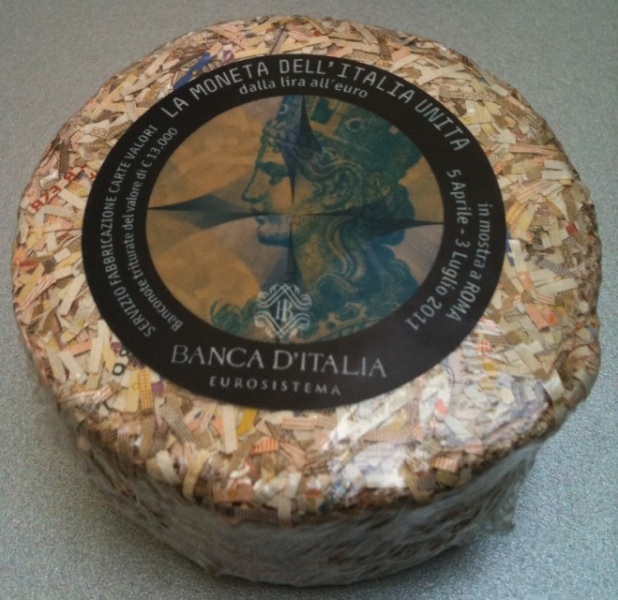 Artya’s Yvan Arpa decided to play on the concept of the low confidence for the Euro by many people by making this watch. The dial of the watch is made with shredded Euro dollars – all glued together. I wondered where Artya got the shredded money from. I am pretty sure that here in the US at least, shredding money is not legal. Probably the same in Europe. Arpa shared with me that he indeed purchased “decommissioned” money that was taken out of circulation and shredded officially. Very fitting that it was from Italy. When telling Arpa that that the packaged money reminded me of a block of cheese, he reminded me that there was already one famous cheesemaker in this industry. That gave me a chuckle.

The watch itself has a 47mm wide steel case that has been all beat-up in true Artya fashion. Inside of it, is a Swiss automatic movement. The strap is said to be Kevlar. Overall, I like the watch, and the political comment is interesting. Though, it would have been cool to cut out numerals from the currency “if possible” and use them as the hour markers. Available on Artya’s website, price for the watch is 5,900 Swiss Francs. Final message from Artya on the Bye Bye Euro watch – ” Sarkozy, Berlusconi, Papandreou and Merkel are invited to buy one in order to remember their dreams.” www.artya.com