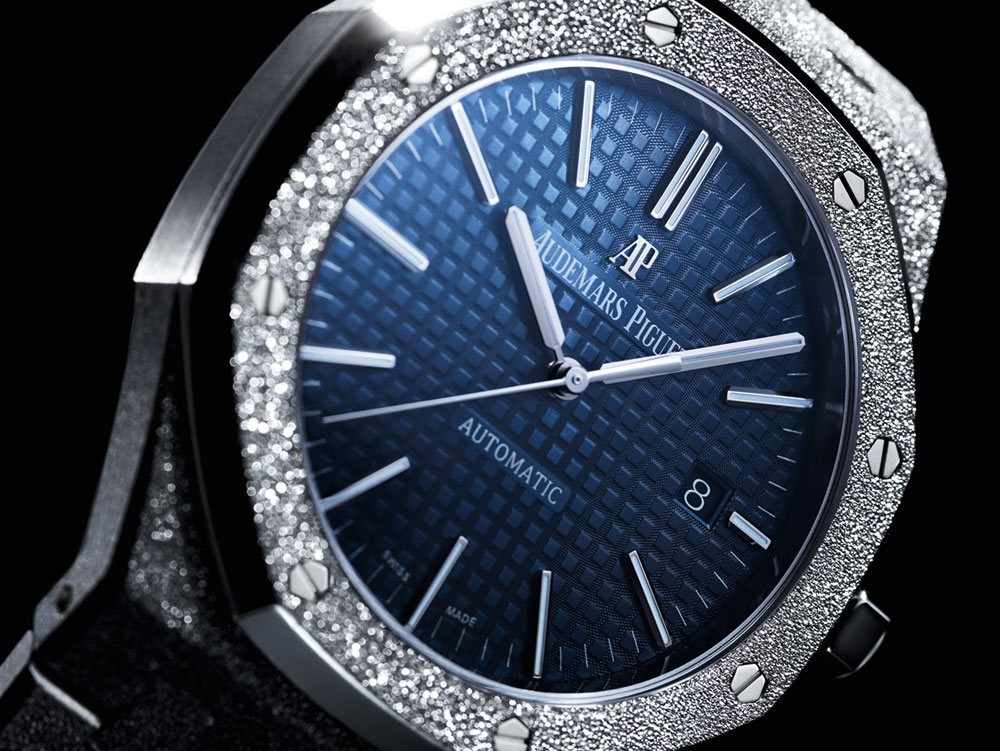 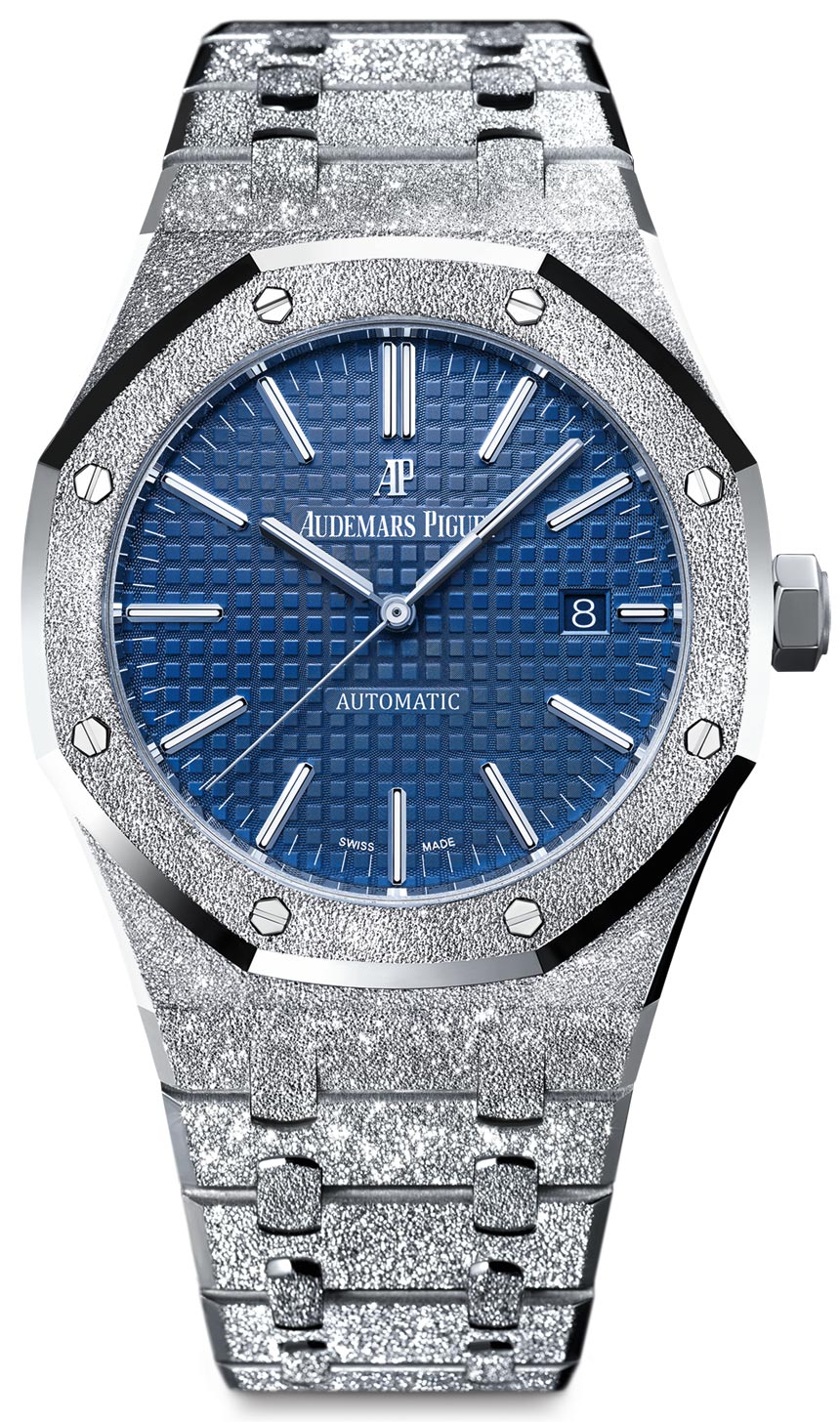 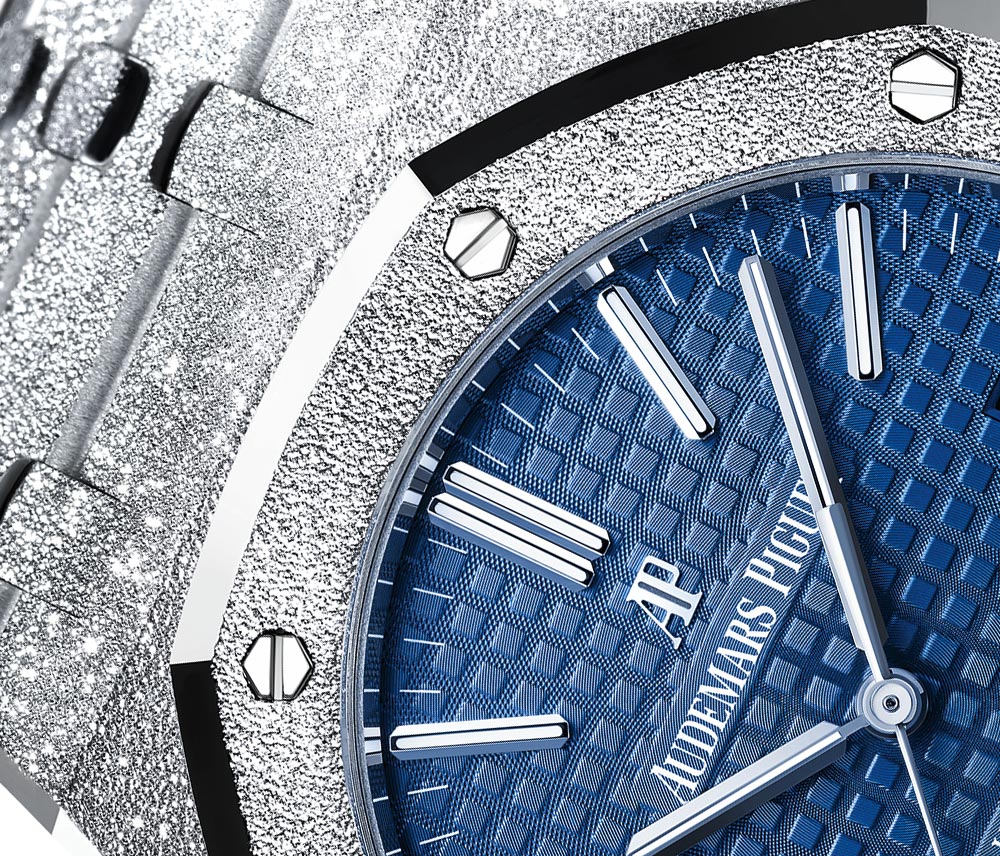 The “frosted gold” used in the making of the case and the bracelet is prepared using a hammering technique by Italian jeweler, Carolina Bucci. The metal is frosted after the components are shaped but before assembly, much like other decorative techniques. For those of you who are curious, Audemars Piguet has a short video which shows a few fleeting seconds of the process underway here – note that this isn’t done by a wise, old watchmaker behind a desk but by an efficient machine. 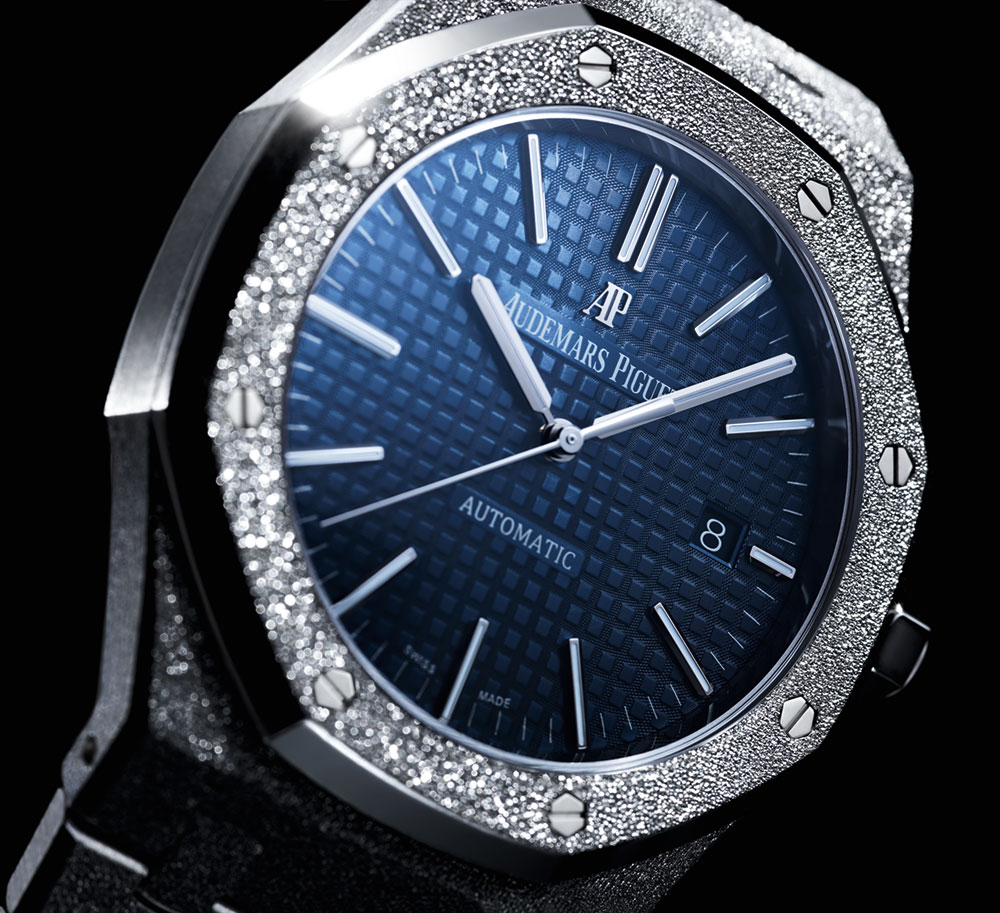 Sometimes one can get lost in the seductive illusion that more is done by hand than, in reality, is possible with certain techniques and modern expectations for tolerances. The frosting gives the gold a shiny effect similar to that of having diamond powder on the surface, just less reflective. The bezel edges are polished and case edges beveled for some additional pop in between the frosting, and the caseband is brushed (perhaps there is such a thing as too much bling). The “frosted” finishing is not often seen in cases (movement parts and dials, more often), which makes this an interesting and unusual look that should probably be viewed in person to determine just how attractive/wearable/masculine/blingy or otherwise it is. Aside from the use of the frosted gold, this is essentially the blue-dial version of the time-only Royal Oak that we’ve come to know in various forms over the years since Gerald Genta designed it. 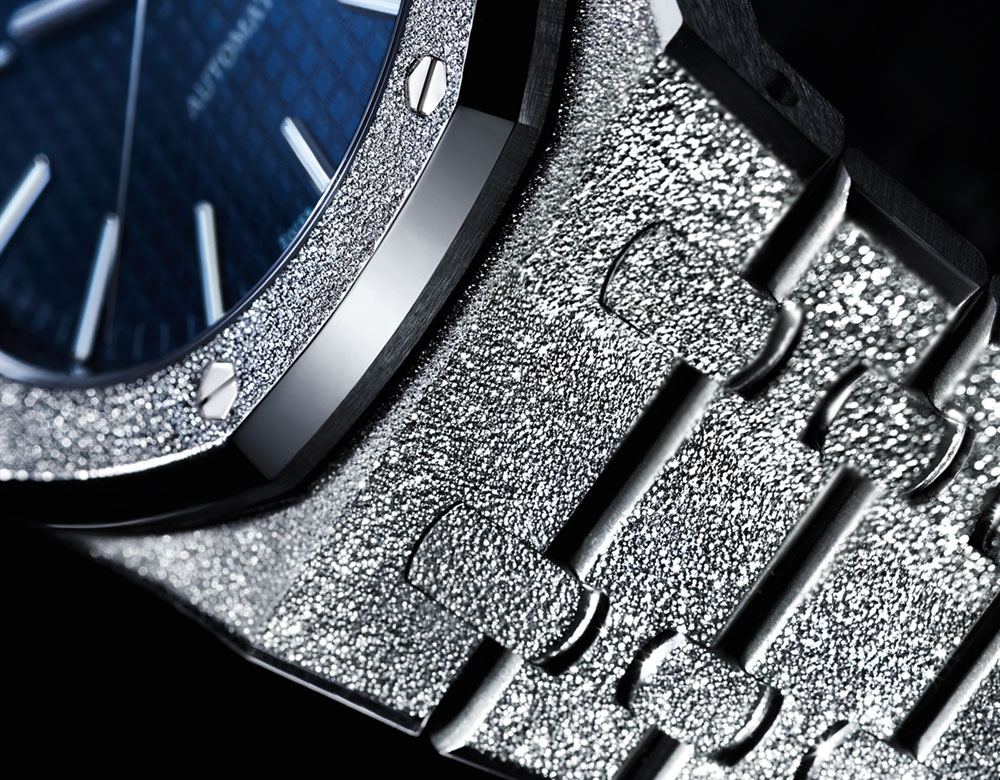 While the previous smaller variants were offered in white and rose gold, this 41mm Royal Oak will only be available in white gold. It has the blue tapisserie dial with a matching blue date window. I always thought the Royal Oak shined best with a blue (not white) dial. The hands and applied markers are gold, of course, and filled with a sliver of Super-LumiNova to make the watch legible at night. The bracelet is the familiar and very comfortable design. Like the 37mm frosted gold sibling, it is powered by the automatic caliber 3120, which offers 60 hours of power reserve, beats at 3Hz, and has the customary, solid 22ct gold, decorated monobloc rotor – all of which is visible through a display caseback. 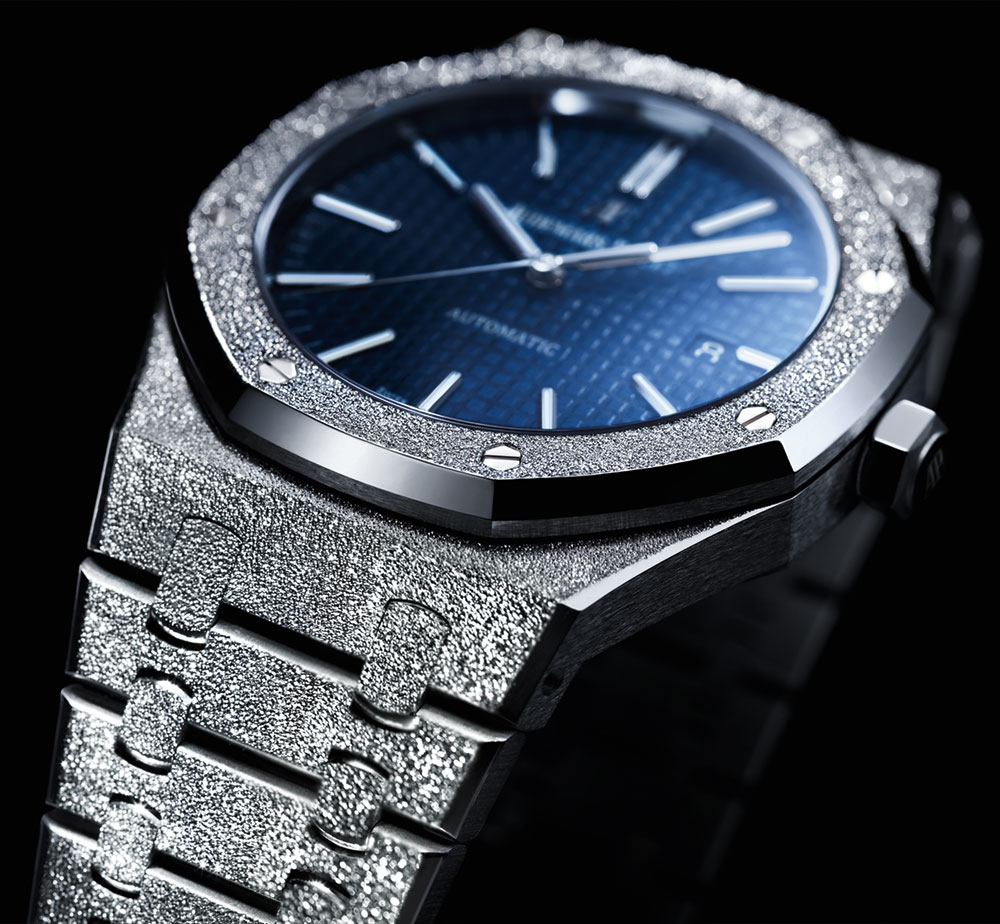