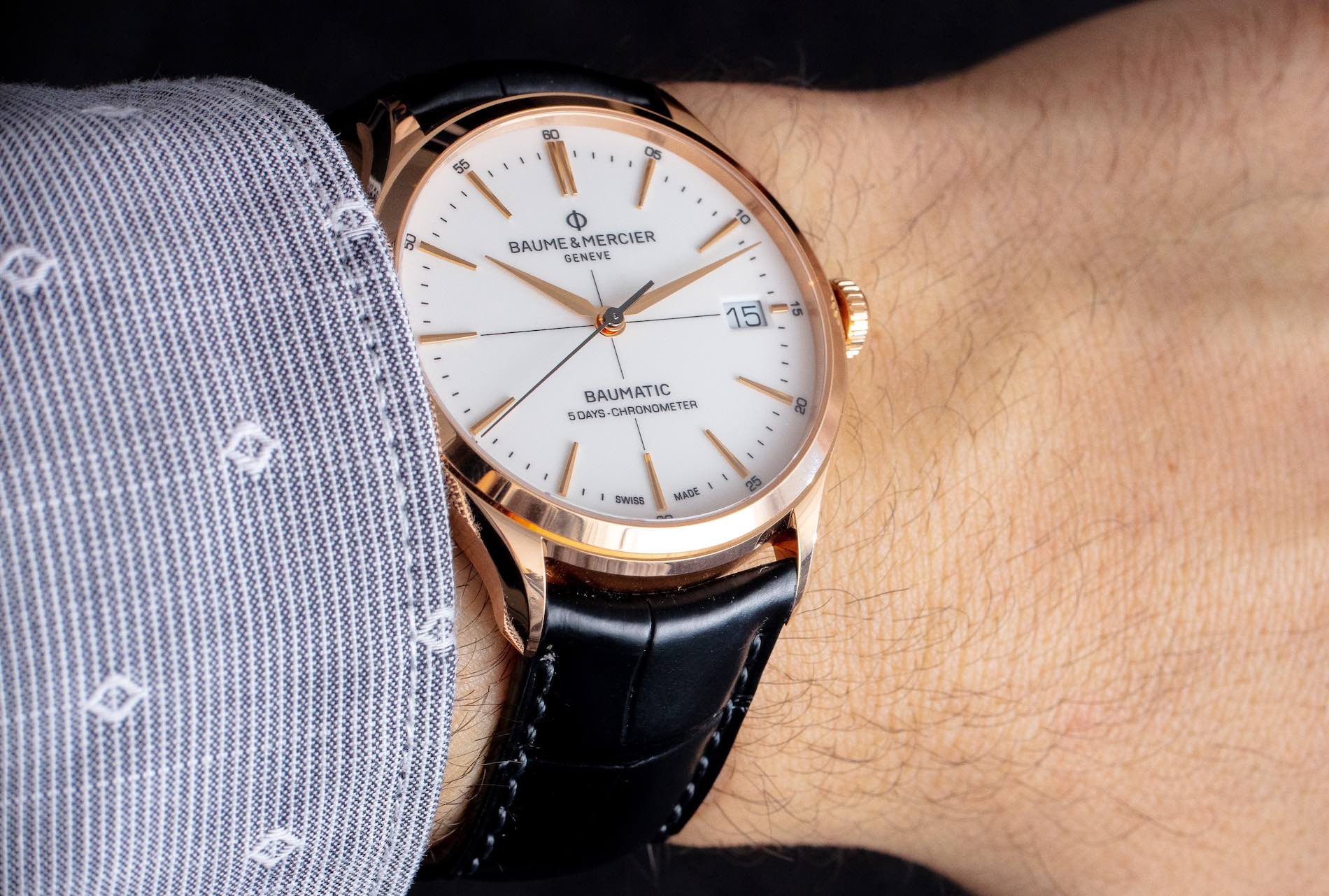 Last year Baume & Mercier introduced the Clifton Baumatic, an island of relative value in the sea of high-end luxury known as SIHH. The Baumatic debuted the BM12-1975, a movement with a 5-day power reserve and ~3,000 price tag. Now in 2019, Baume & Mercier is expanding the range to include a Perpetual Calendar, but I wanted to take a look at the latest iteration of the three-hander, which includes the red gold version seen here. In addition to new materials and colors, the brand also introduced the BM13-1975A, a vaguely improved version of last year’s movement. You’ll notice the crosshair on the dial, which indicates that this watch uses this new COSC-certified movement.

While last year’s introductory Clifton Baumatic was all about value, this red gold model comes in at over double the asking price of the previous model. At 39mm wide, the red gold Baumatic is actually smaller than the also-new blue dial model, which is 40mm wide. 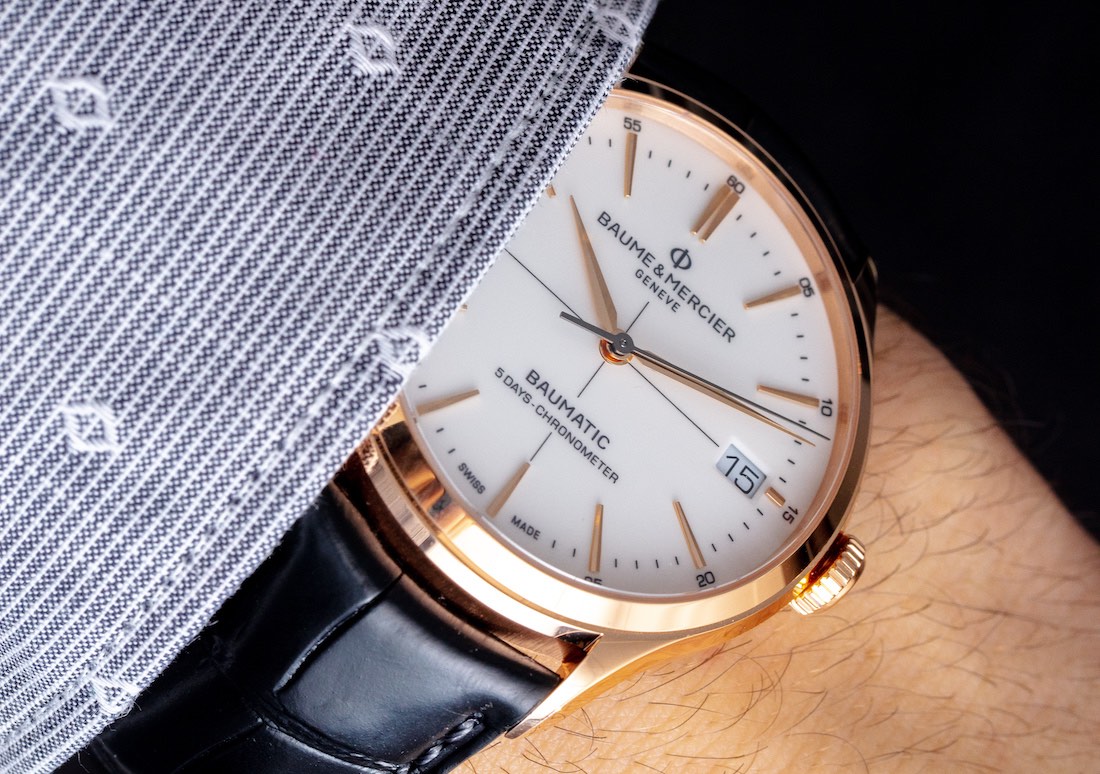 My favorite aspect of this red gold Baumatic doesn’t only have to do with the precious metal it’s housed in, but rather the interplay of the gold with the fantastic job the brand did on the dial. This “warm white” dial color that resembles porcelain was around last year for the debut of the less expensive versions, but the finish was meant to be paired with gold, in my opinion. 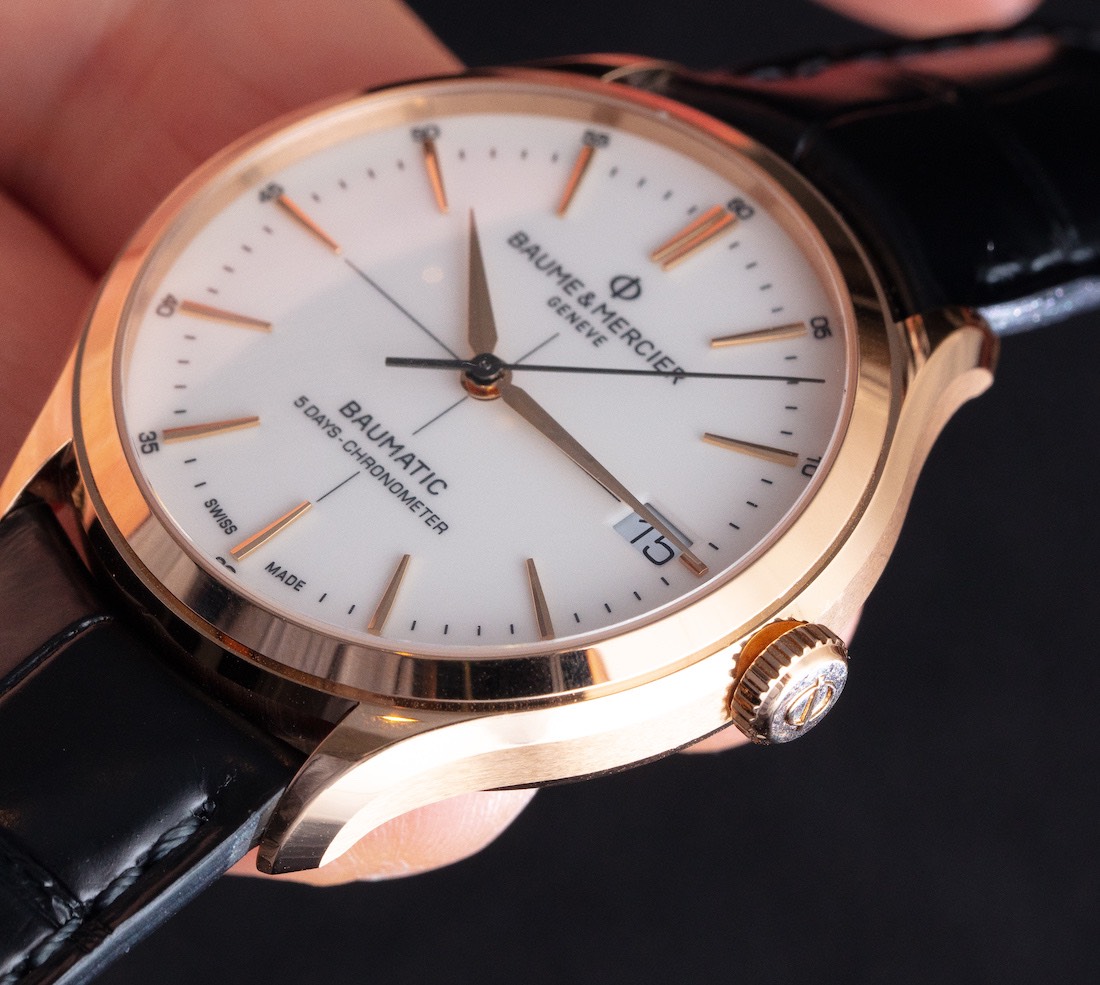 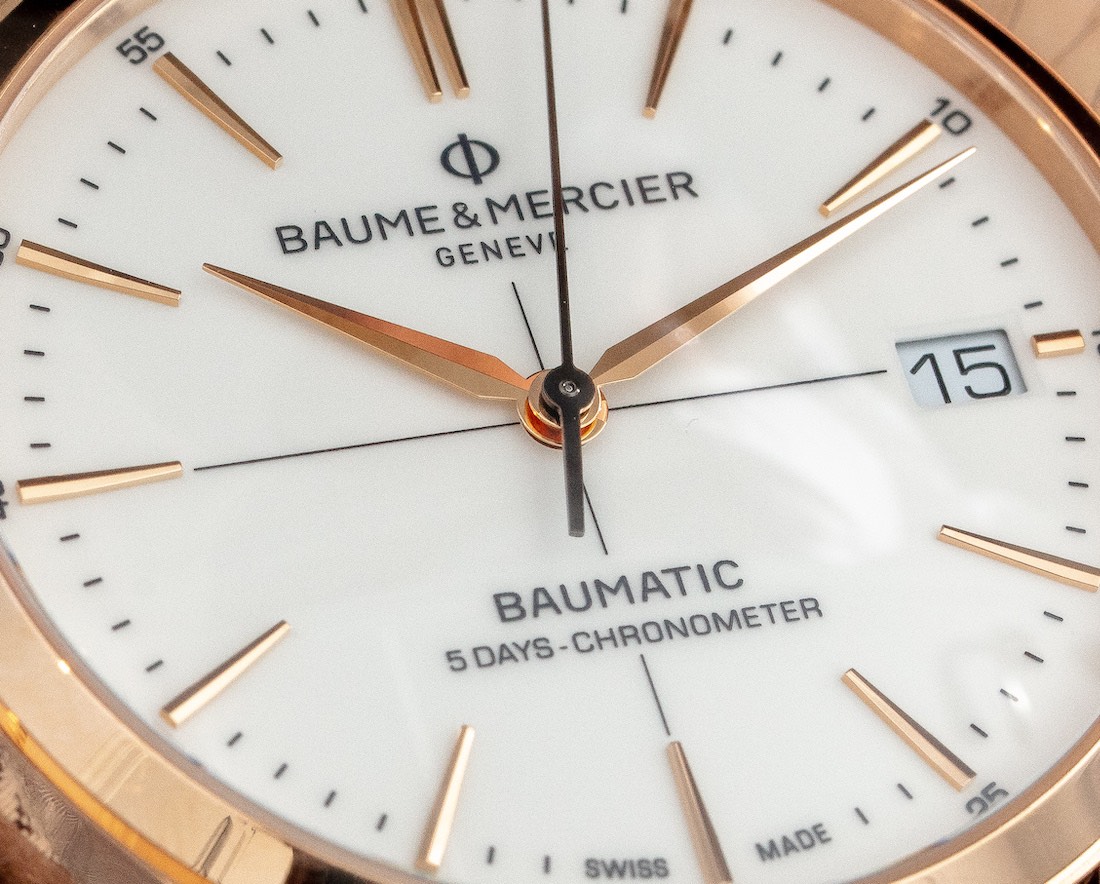 I appreciate the large date window at 3 o’clock, though the run-of-the-mill white used in this aperture does clash with the porcelain look of the rest of the dial. Not a direct analogy, but it kind of feels like watching a standard resolution PiP (Picture in Picture) screen on a 4k television. You just wish everything was up to par, especially considering the $7,000 price tag. That being said, the hands and indices translate well into gold, though I might wish for an option to omit the COSC-designating crosshairs on the dial. 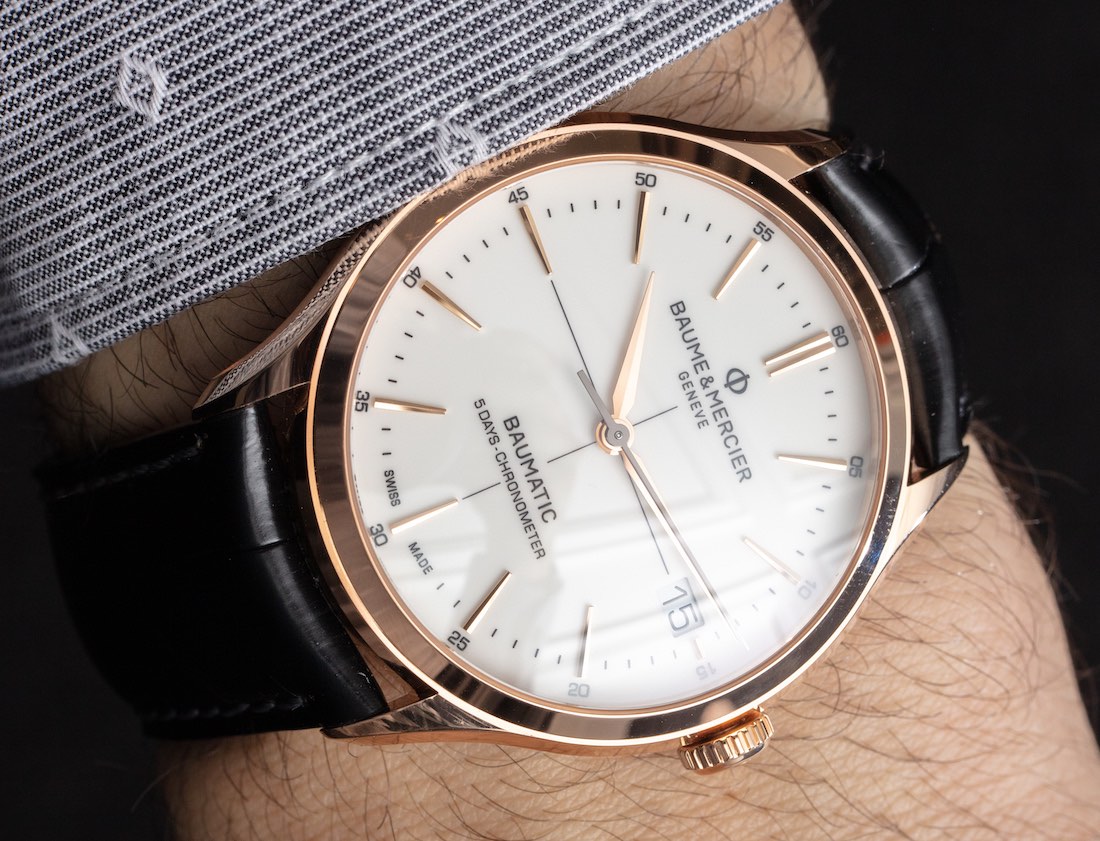 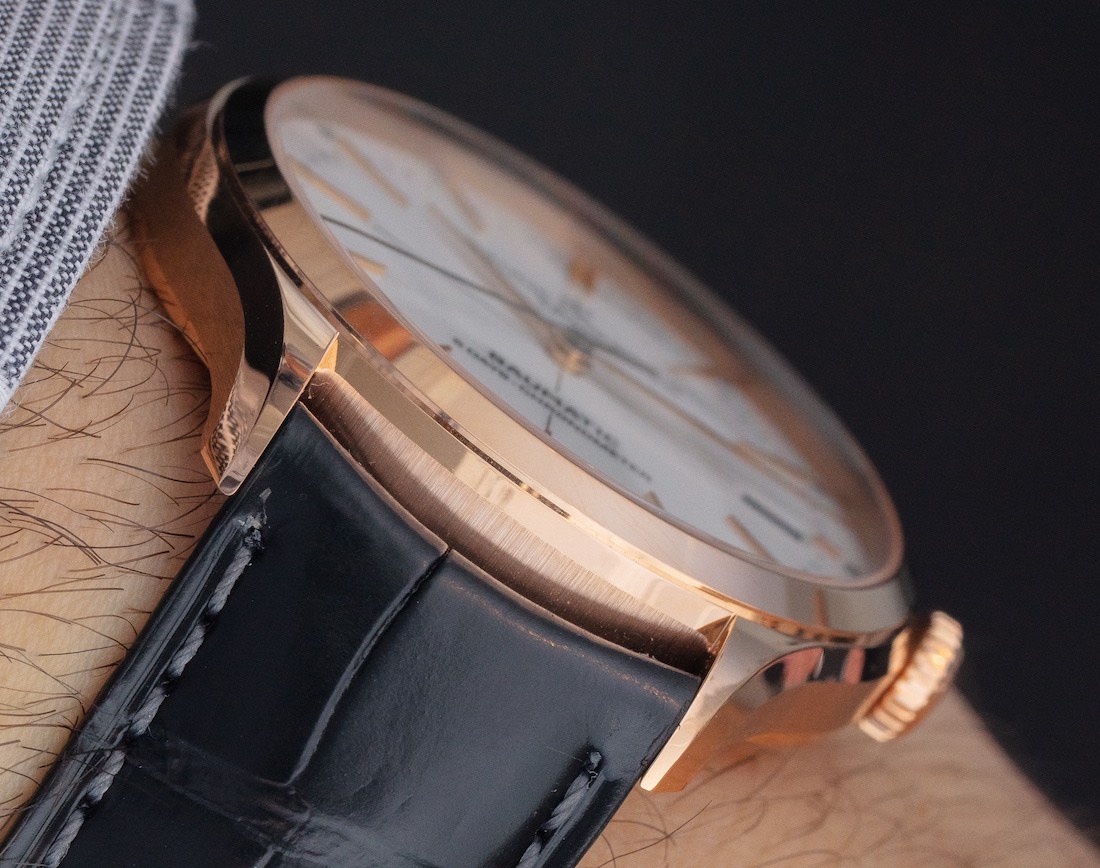 Speaking of COSC, the differences between the new BM13-1975A movement and the outgoing BM12-1975A are quite vague. In fact, the new movement has the same 5-day (120-hour) power reserve, -4/+6 seconds per day accuracy, and 1,500 gauss magnetic resistance. However, I believe the movement is slightly smaller (possibly allowing for the smaller case size here), and Baume & Mercier claim that servicing is only needed every seven years (as opposed to every five years for the BM12 movement). While these changes are better than nothing, this updated base movement was likely made necessary to properly add the Dubois-Dépraz 55102 perpetual calendar module. 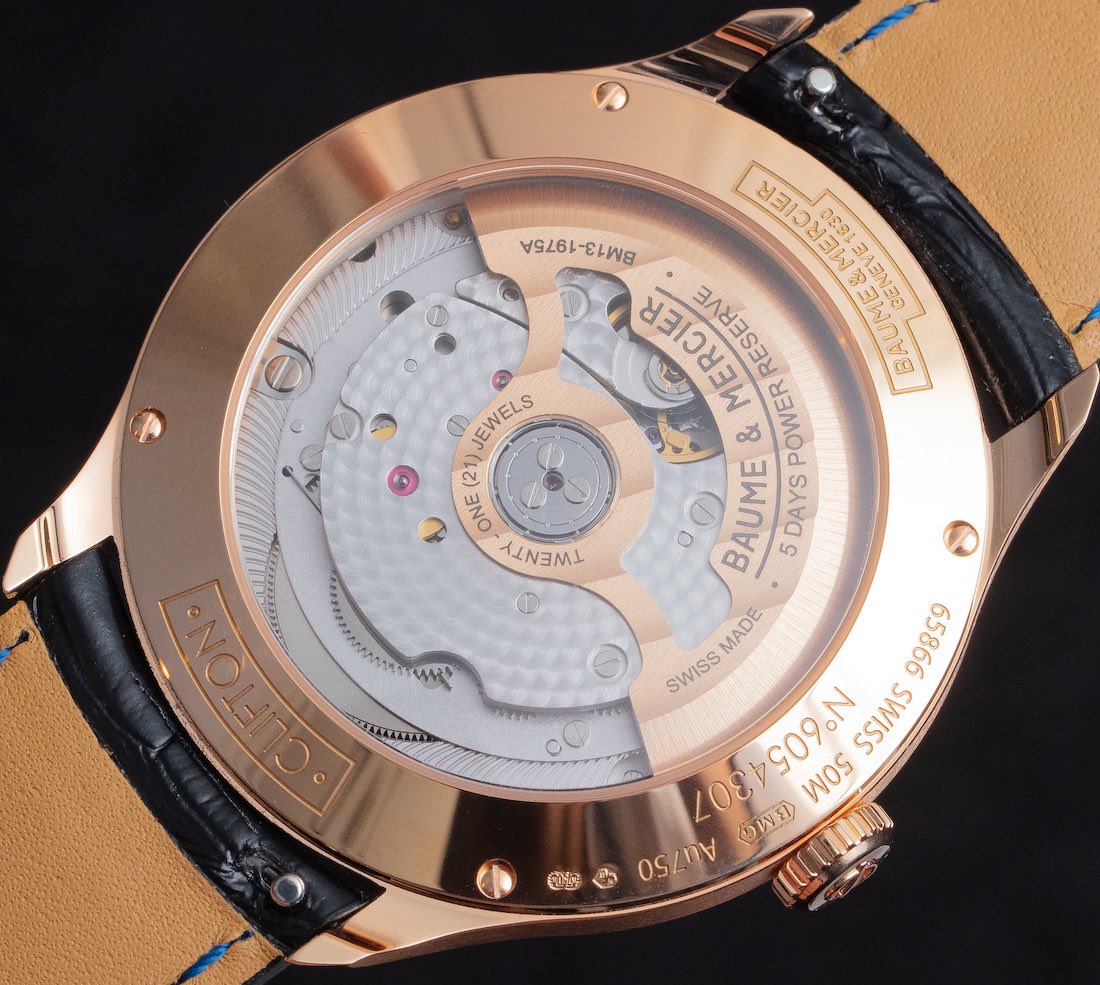 Turning the watch over reveals the generally attractive exhibition case back view. Aesthetically the same as last year’s model, it has an oscillating weight that is actually gold-toned tungsten, and it has some Côtes de Genève with snailing work. 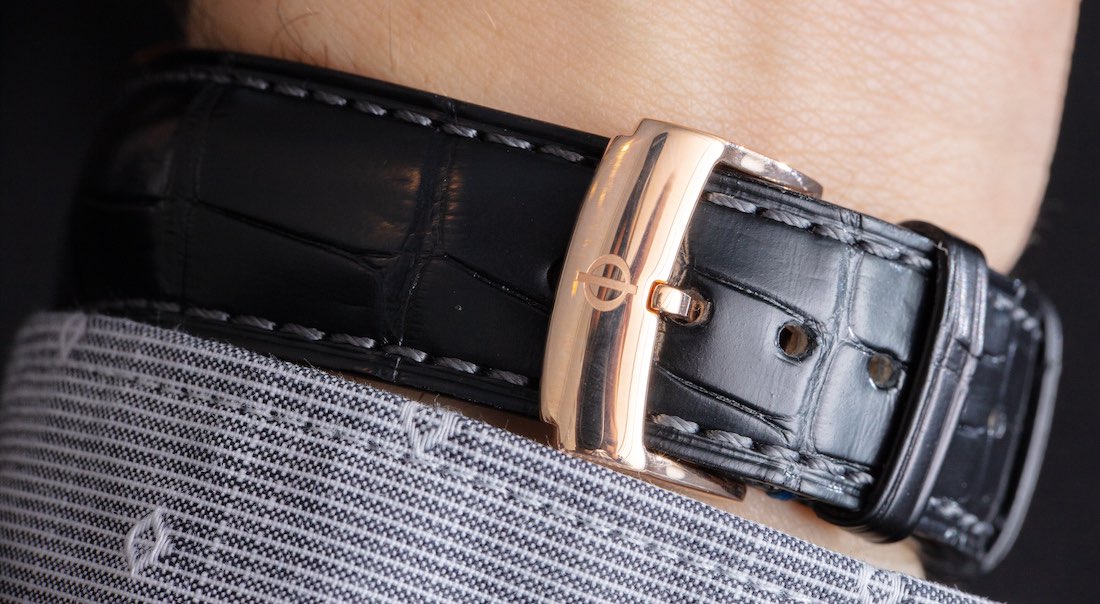 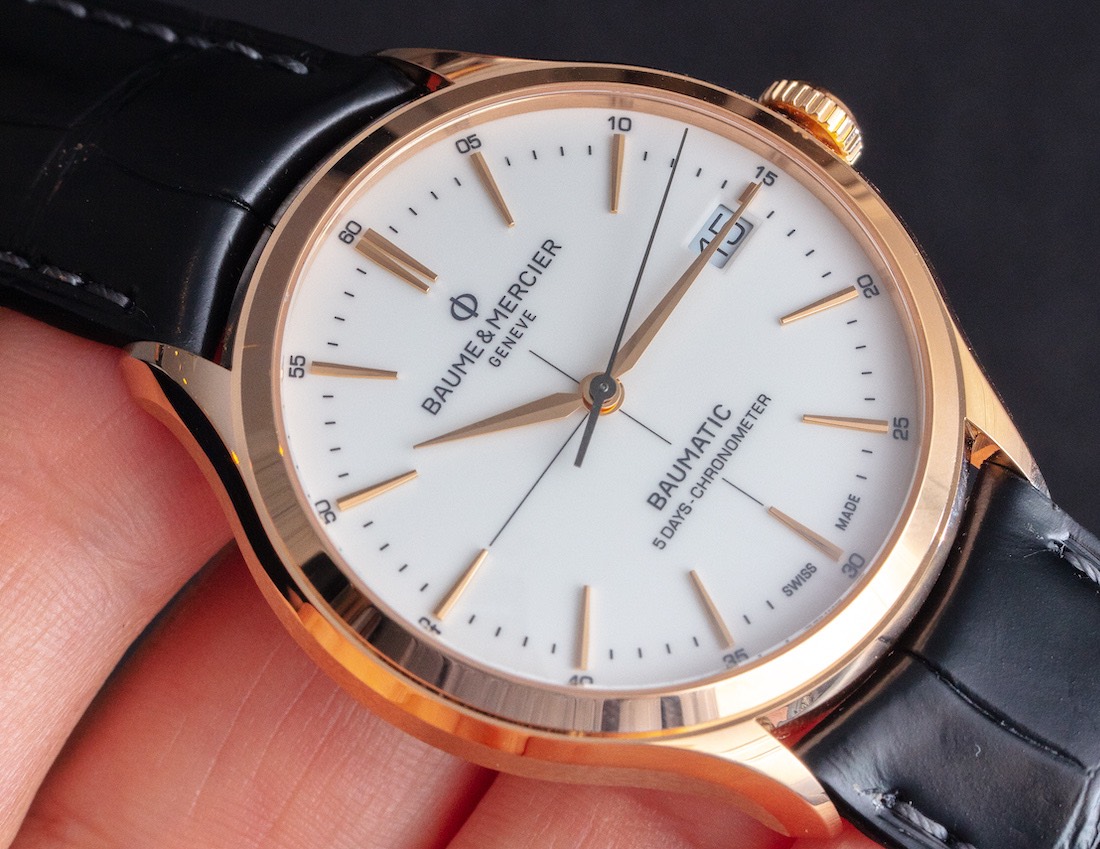 We’ll take a closer look at the $24,000 Clifton Baumatic Perpetual Calendar soon, but there have been legitimate questions about how receptive people will be to this kind of pricing from Baume & Mercier, especially when value was the introductory mantra last year. Not nearly as expensive, the Clifton Baumatic in red gold is priced at $7,000. It’s a classically handsome, safe dress watch with a modern movement that boasts a long power reserve and claims seven years between servicing in a solid red gold case. On paper, these are checked boxes that should lure a good number of buyers. Time will tell what consumer behavior and end-product quality says. You can see more at baume-et-mercier.com.