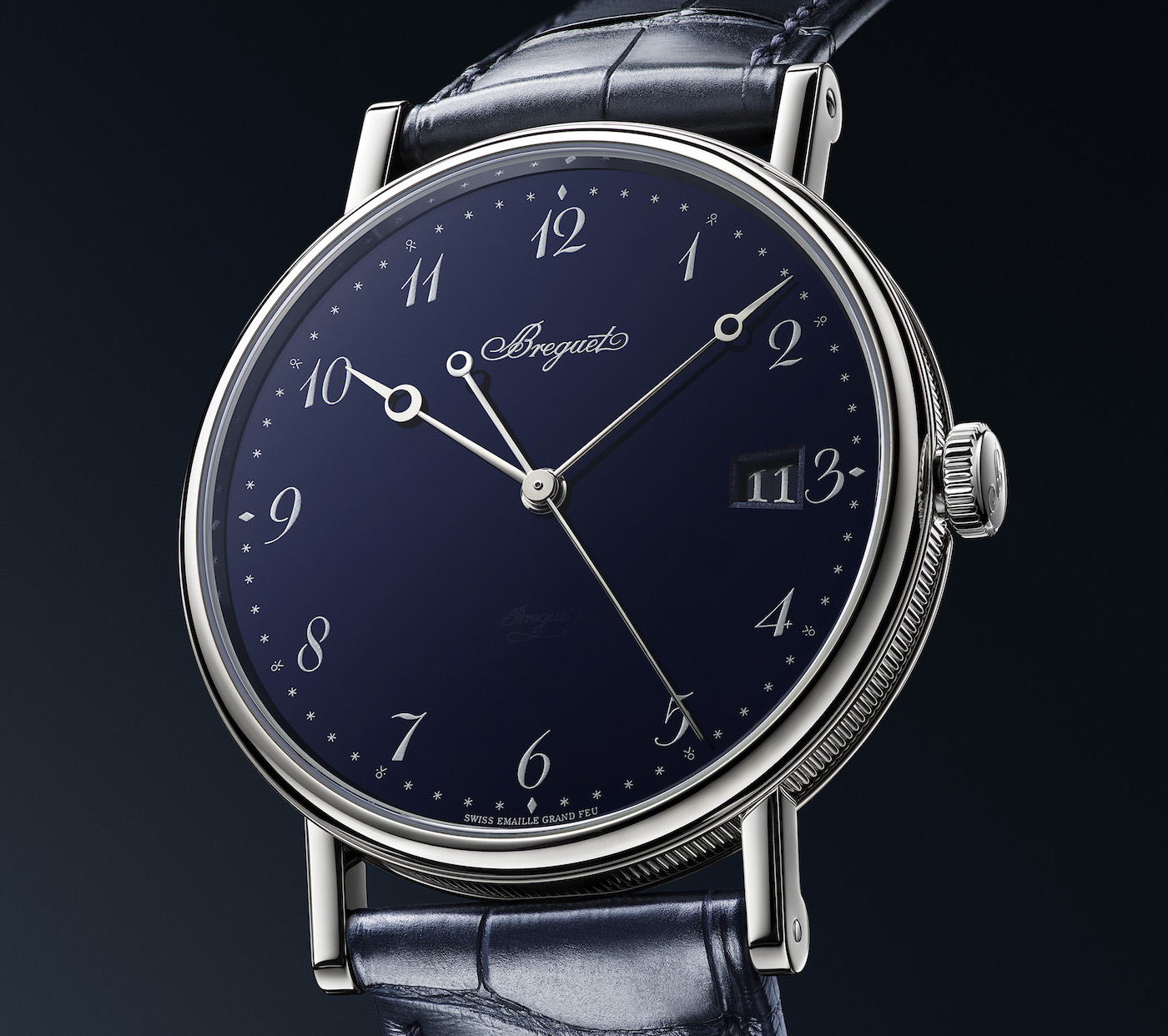 If the press release for the Breguet Classique 5177 Grand Feu Blue Enamel Dial watch is anything to go by, it would seem that one of the world’s oldest watchmakers has just discovered enamel. Sarcasm aside, had this been Breguet’s first attempt at this classic dial decoration, it would have been very impressive indeed. Breguet is known for making the simple sublime. This piece stays true to form, with a quiet dial that encourages the viewer to stare into its deep blue hue, and a finish that presents a calm face to the world, despite being born of fire. 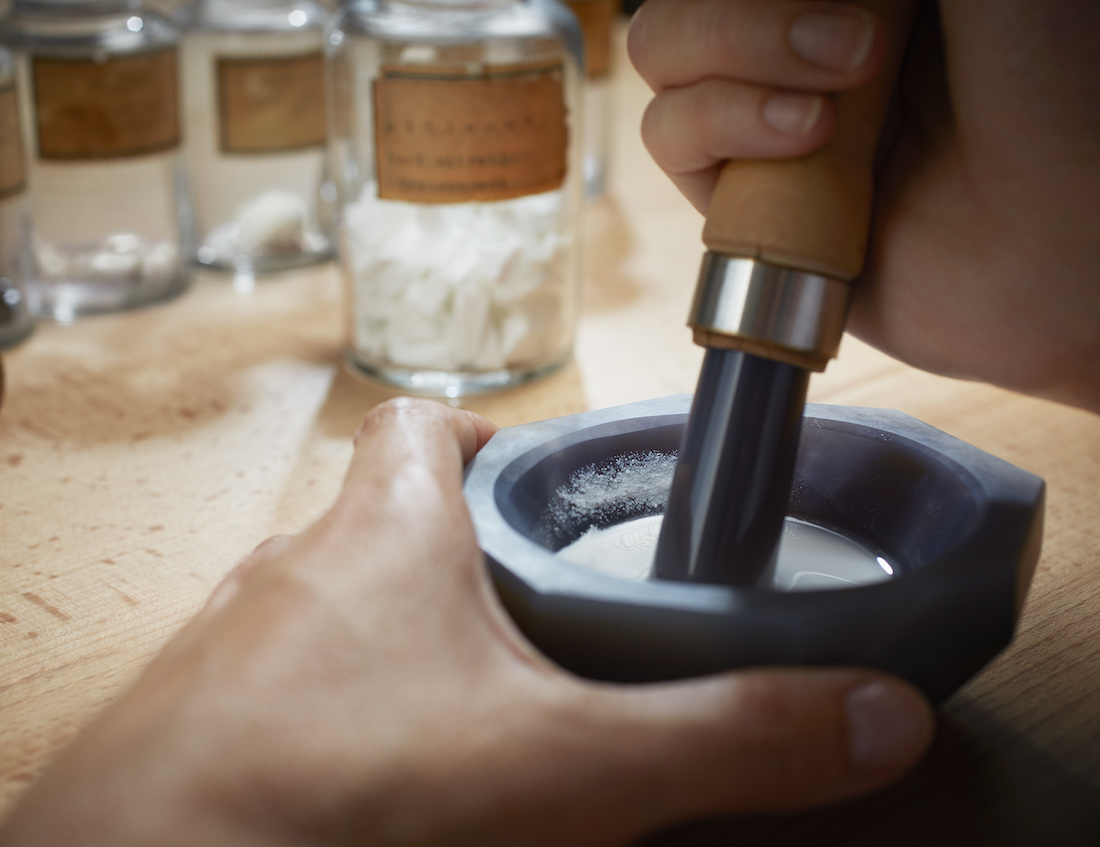 The Dial and Functions

The Breguet Classique 5177 Grand Feu Blue Enamel Dial watch is incredibly straightforward. An easy-to-read three-hander with Arabic numerals, applied in silver via traditional pad-printing, this is not a watch that will challenge anyone intellectually. The challenge in its appreciation, however, can be found in the merit one applies to grand feu enameling. 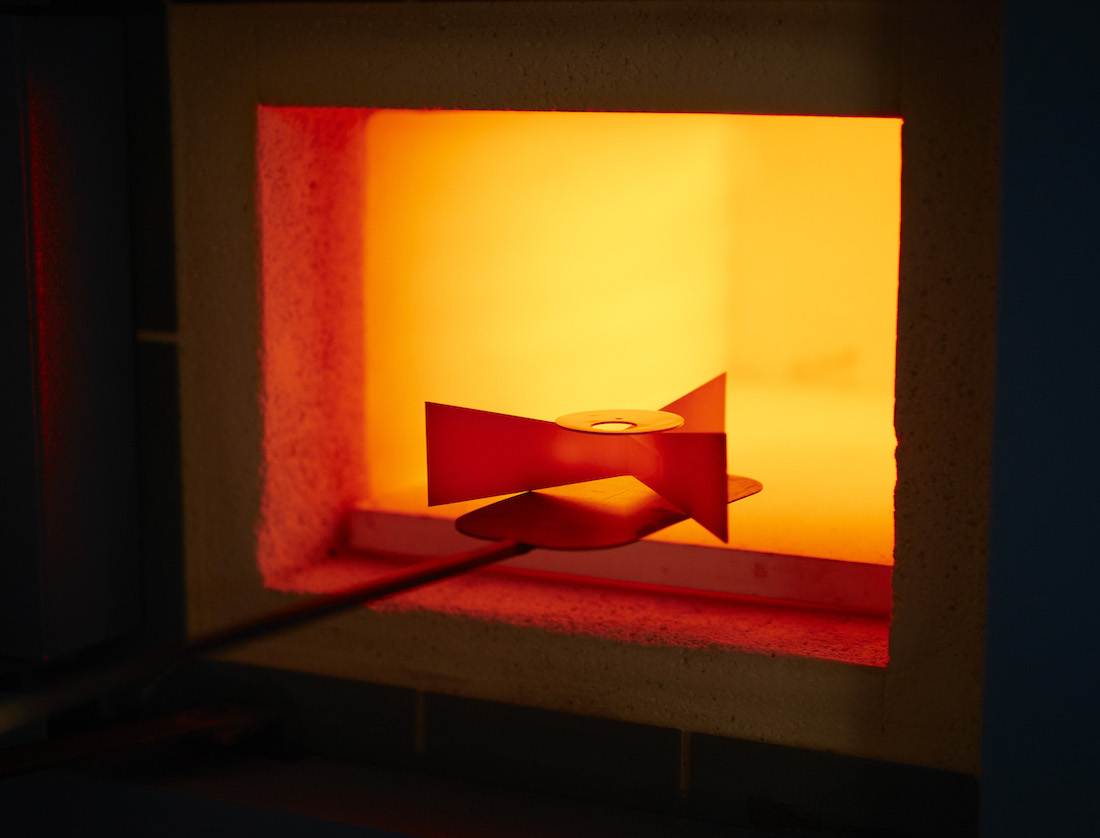 It is an old technique that requires layer upon layer of vitreous enamel powder to be built up in between firings at high temperatures. As a result, an intriguing chromatic depth can be achieved. Breguet claims that achieving this shade of blue took an enormous amount of research. Their aim was to recreate the color of the flame-blued hands that are commonly associated with the brand. 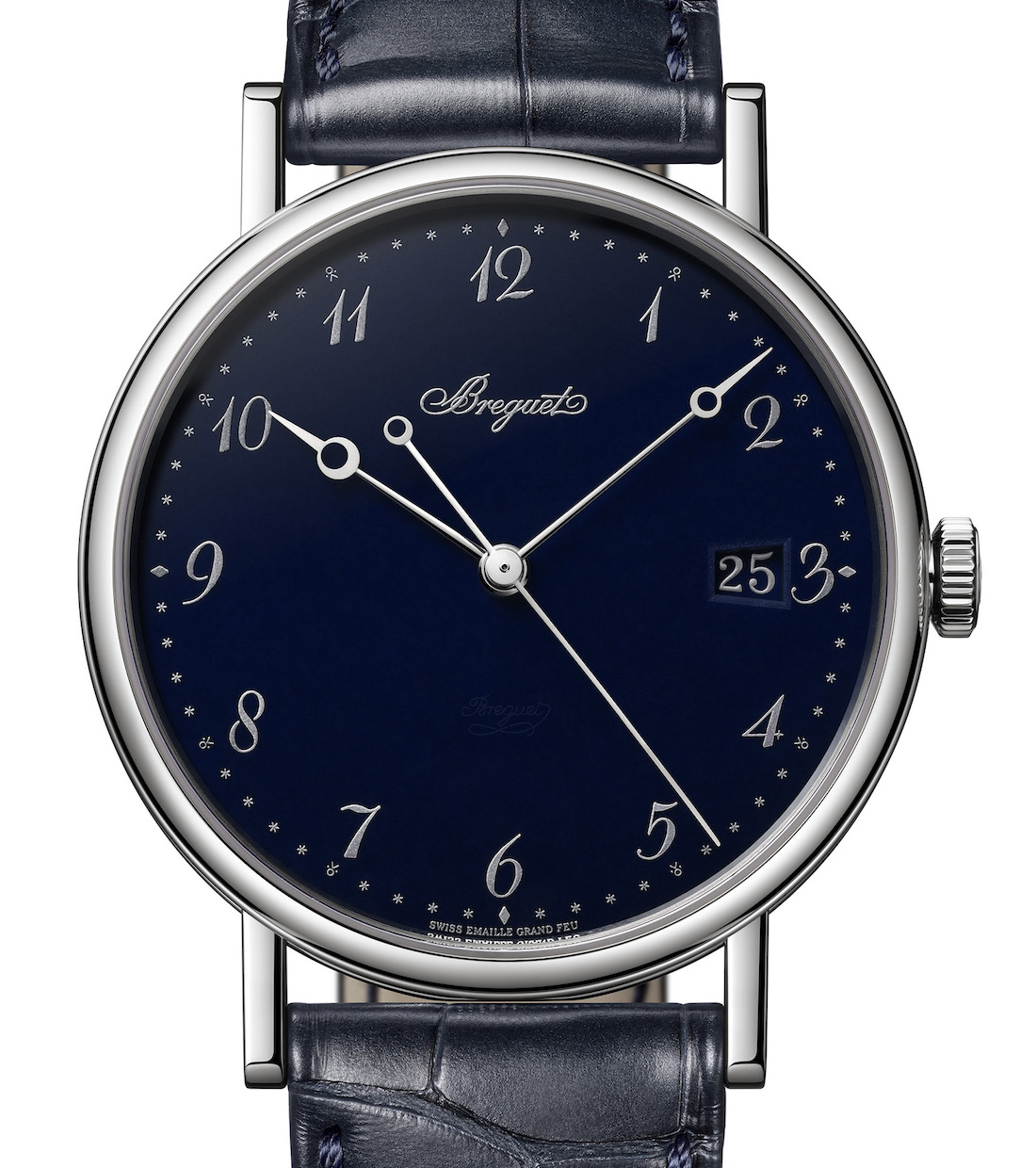 Speaking of the hands, these moon-tipped indicators are made of rhodium-plated steel. As mentioned, the Arabic numerals are highly legible and match nicely to the hands, themselves, while a little bit of playfulness is added to the time-telling experience by tiny diamonds, fleur-de-lis, and stars decorating the chapter ring. The inspiration for these markings can be seen below. 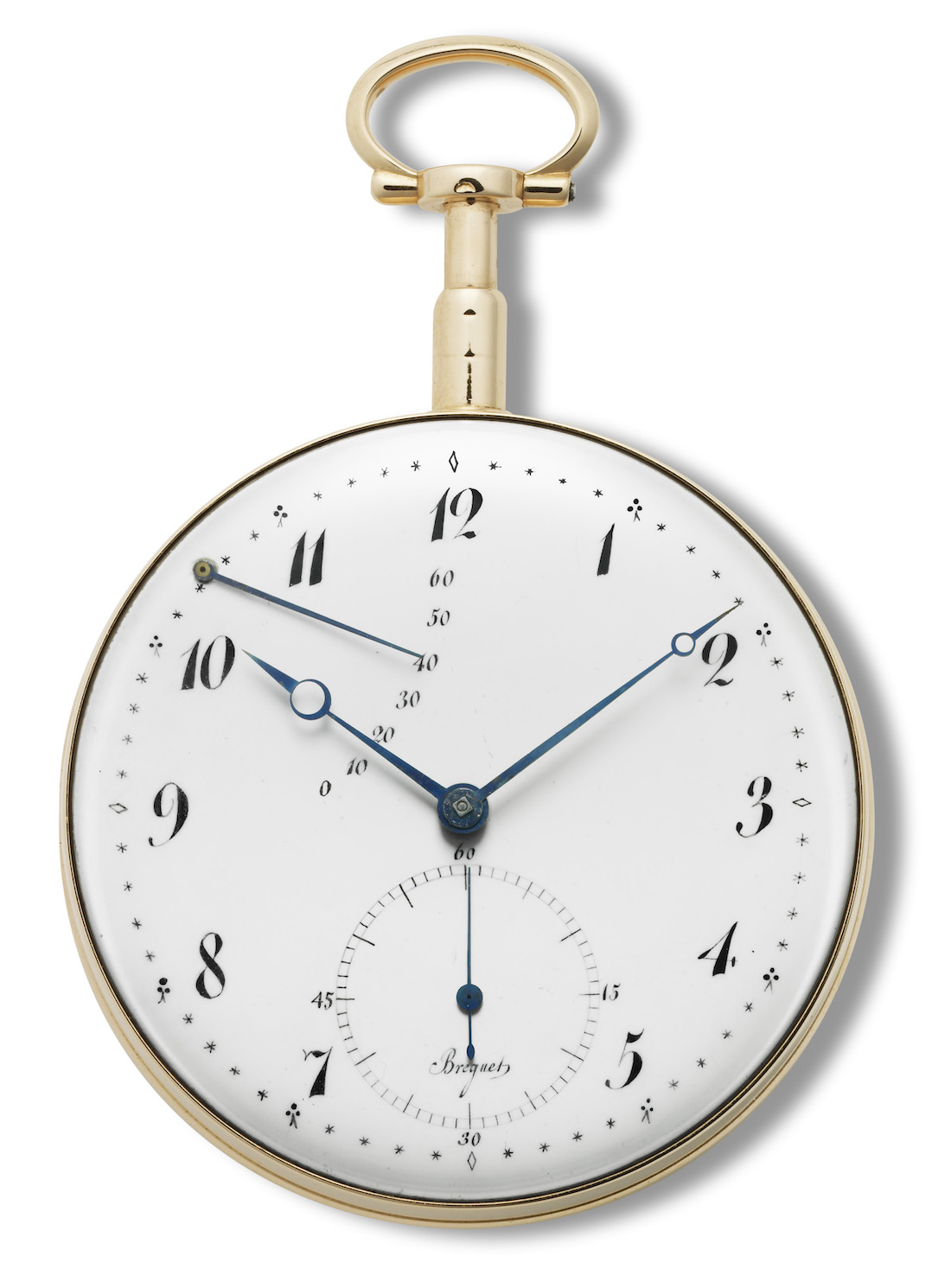 The date window is darkened and positioned at 3 o’clock. It is, despite its practical invisibility, the boldest thing about the dial. A piece for the connoisseurs, the Breguet Classique 5177 Grand Feu Blue Enamel Dial watch is certainly handsome, but does it do enough to justify its price tag? 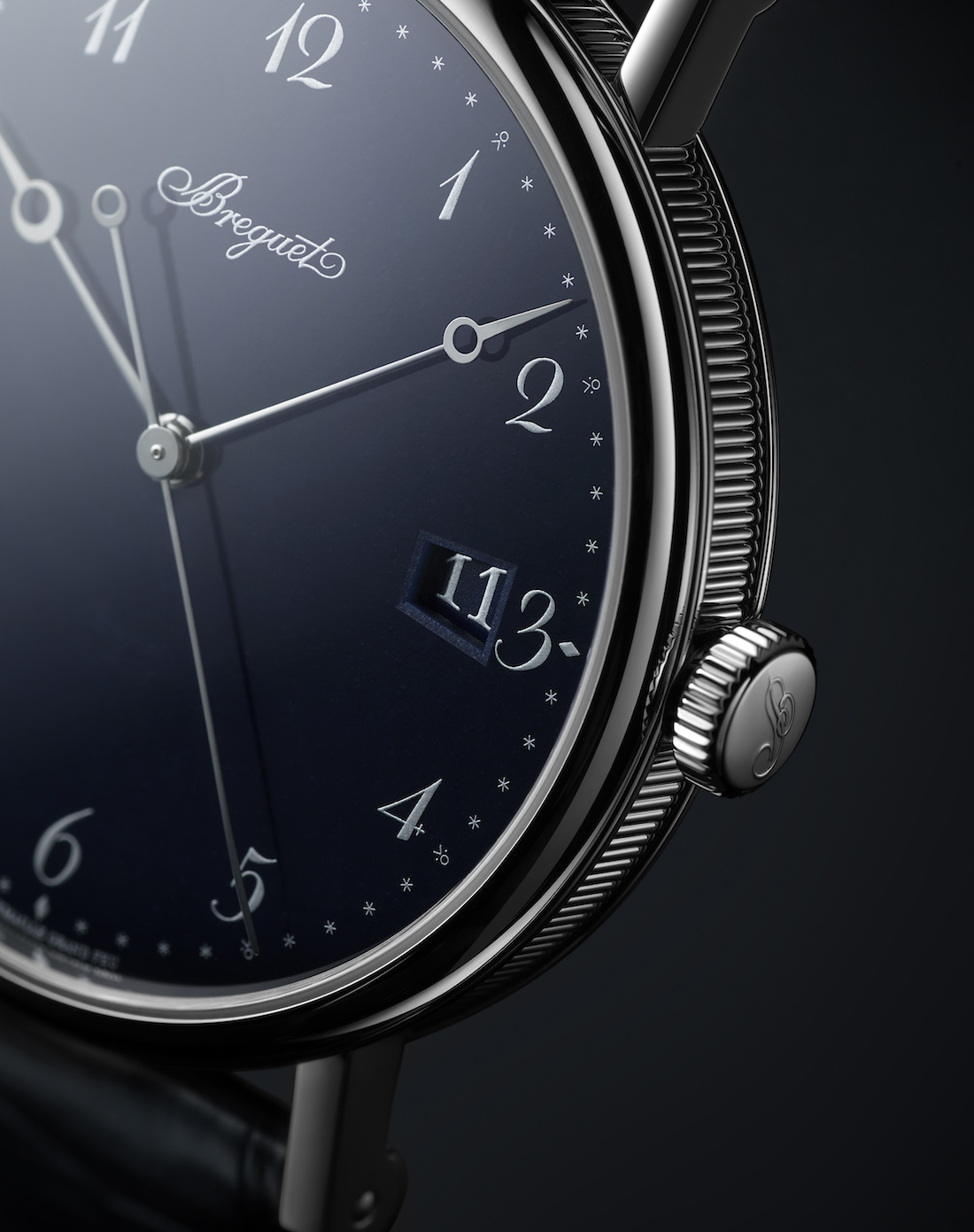 Breguet timepieces are often aesthetically restrained; this can make guessing their value difficult. A good place to start is identifying if and where precious metals have been used. The 38mm case of the Breguet Classique 5177 Grand Feu Blue Enamel Dial watch is made of 18-karat white gold. The flanks of the case are finished with the maker’s traditional coin edge. This is a decorative technique that took me many years to get on board with. Now, though, I find it to be one of the more elegant ways to add visual interest to an area often neglected. 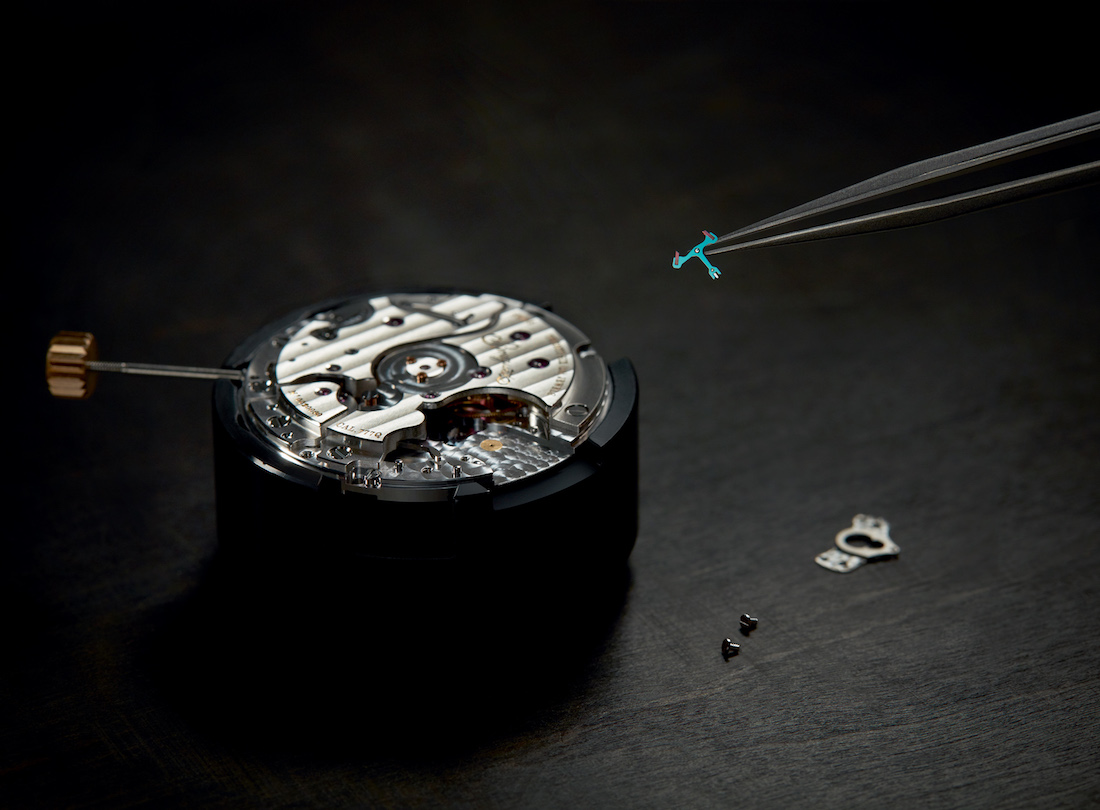 Questioning the operational quality of Breguet’s movements is a waste of time. Years of company know-how, countless inventions and patents under the founder’s name, and the financial clout of the Swatch Group makes producing top-end mechanics a breeze. The question at this price-point really comes down to finish. Wading around the upper end of five figure retail values puts you waist deep in some pretty stiff competition. 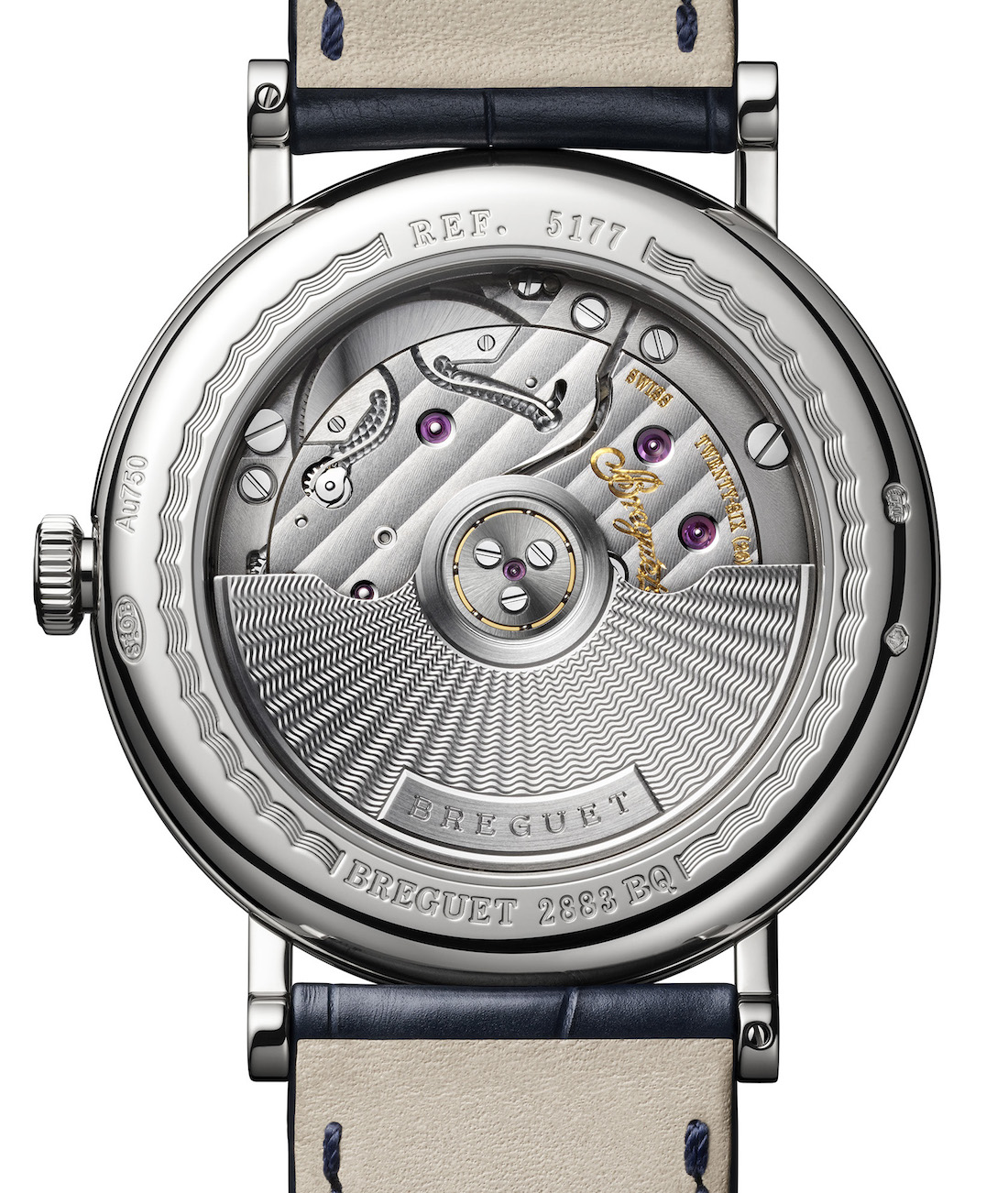 For some, the dial will come off as boring. I’m a big fan of grand feu enameling, but I’m not going to argue against its demureness. If you demand more excitement, fair enough. That’s just a matter of taste, as is the design of Breguet’s white-gold rotor weight. Sure, it is engraved with an intricate pattern that takes time, skill, and a rose engine to produce, but to my eyes it is way too big and also covers far too much of the movement. 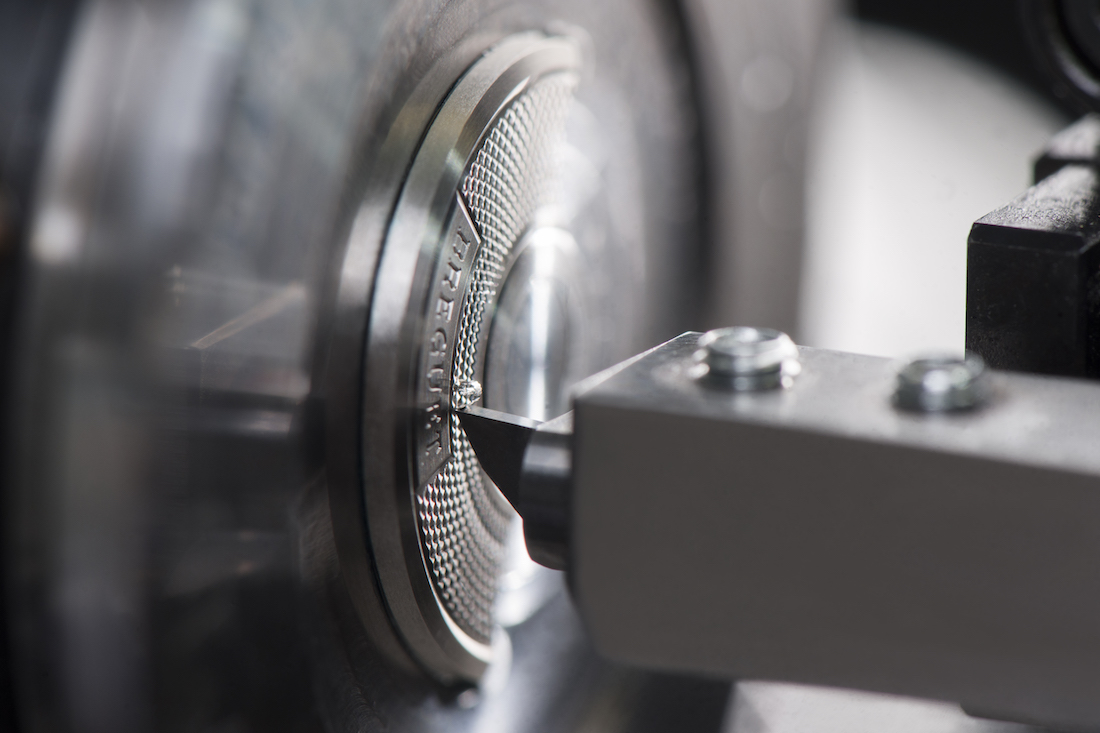 If I were being really snide, I might accuse Breguet of plumping for this design in order to hide the movement itself. The automatic 777Q movement has a power reserve of 55 hours, an operating speed of 28,800vph, and has been tested in six positions. It is also very dull to look at. Weirdly, for a movement of this style, it uses high-tech silicon components in the escapement. This is good for isochronism, but, if anything, increases the sterility of the piece. 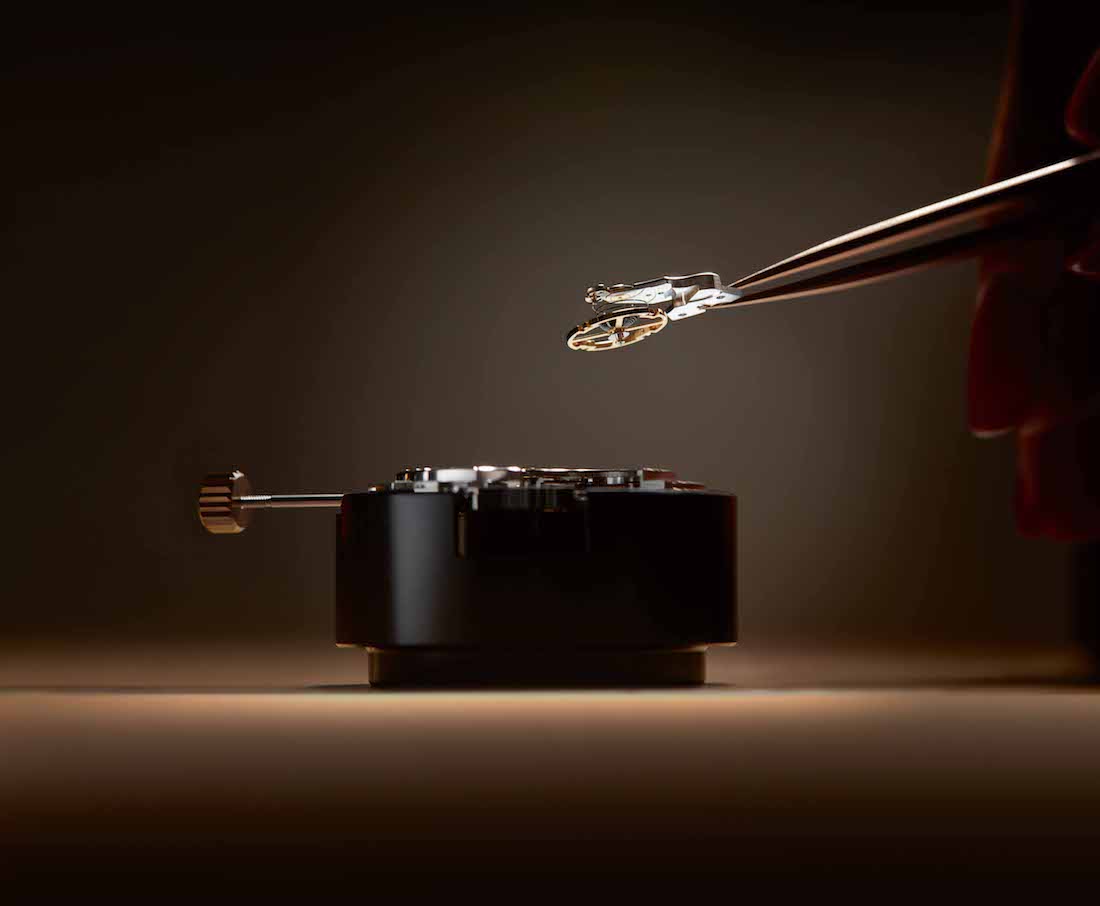 Certainly this is a well made, beautifully restrained watch that, despite its muteness, does possess the odd flourish. It is, however, just a bit too pared back for my liking, especially at this price-point. In a steel case and for under ten thousand, I could be tempted by a piece like this. A great brand, an inimitable history, and a bucket-load of class. Unfortunately, it just doesn’t stack up too well against the competition. And, to be honest, the press release so shamelessly plugged the specialness of the color blue, I could barely bring myself to look at the sky for a week. The Breguet Classique 5177 Grand Feu Blue Enamel Dial watch retails at CHF 23,100. Visit breguet.com tfor more information.