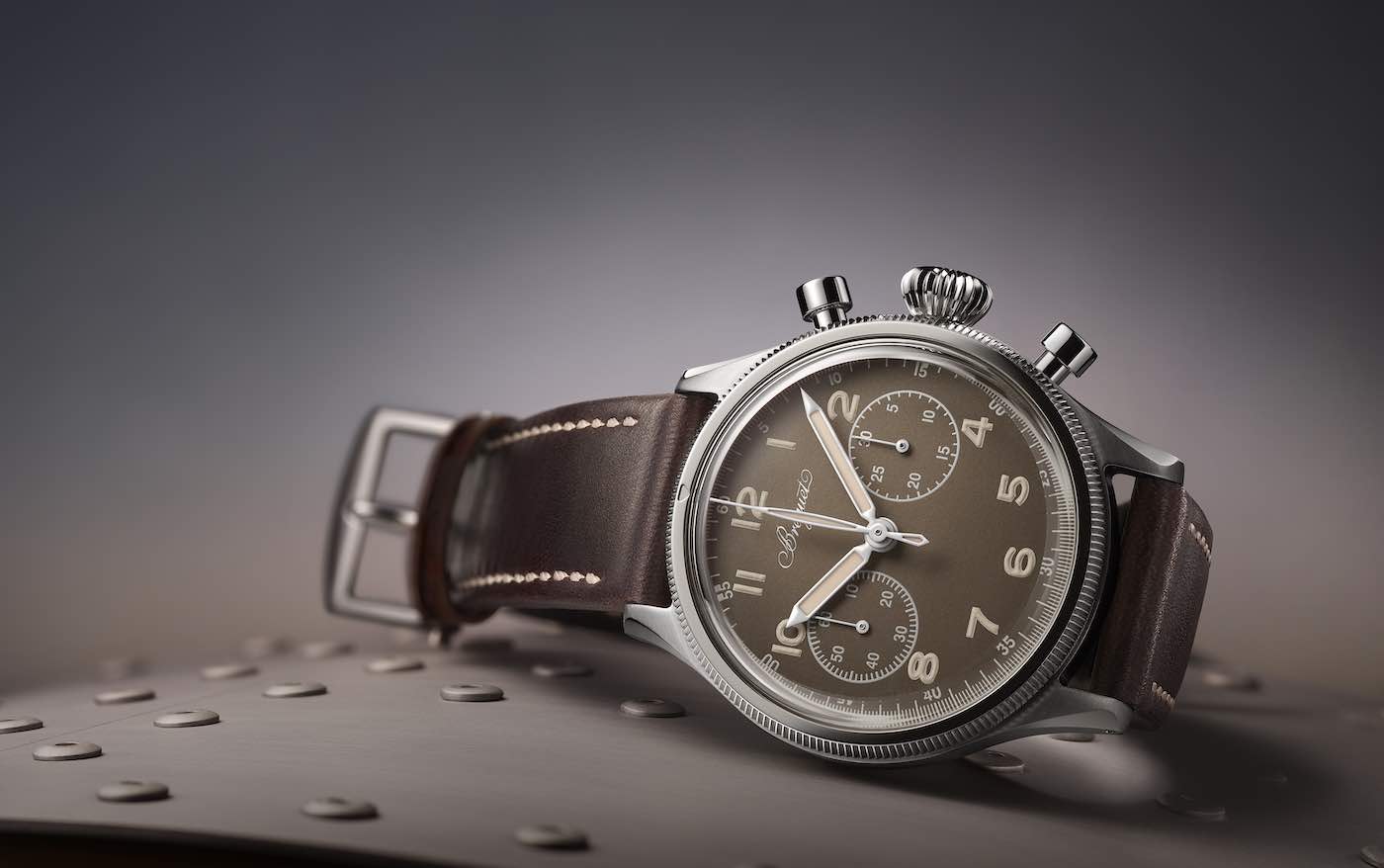 Of the 50 pieces announced for the upcoming Only Watch 2019 auction, due to be held on November 9th, the Breguet Type 20 watch was one of the unique pieces that attracted the most immediate attention. Why? Well, the name Breguet carries a certain weight among collectors, due to the history of the man behind the original brand, but it also happens to be a very fine looking watch. Although the Only Watch auction has a richly deserved reputation for inspiring makers from around the globe to go a little overboard (often with memorable results), it’s hard to match the widespread appeal of a piece that remains a versatile and wearable watch while offering something subtly different.

This year makes the eighth edition of the Only Watch auction sponsored by the Monegasque Association against Muscular dystrophy. Since 2005, Breguet has been a consistent supporter of the event that sees the world’s finest watchmaking companies create one-off auction pieces to raise money to support research into Duchenne muscular dystrophy. 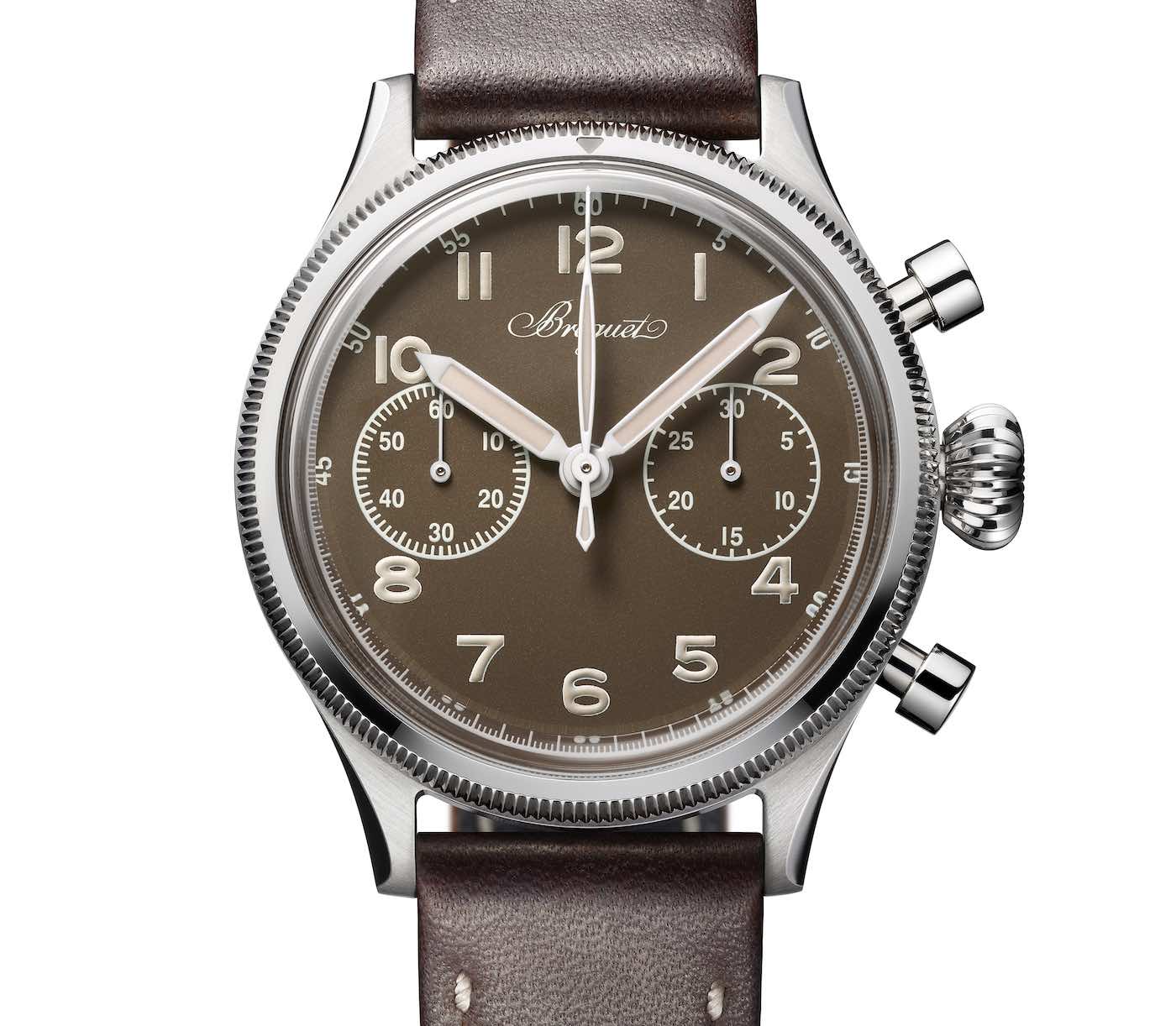 Although aviation watches may not be the first thing that springs to mind when you think of Breguet, the storied Maison has built a pretty solid offering on that front. And it’s nothing new. Beginning in 1918, the House of Breguet provided several timepieces for the American Air Force, and even for the Société d’Aviation Louis Breguet, a company founded by a descendant of Abraham-Louis Breguet himself. But it wasn’t until the 1950s that Breguet’s most famous flyer, the Type 20, was born.

The Type 20 series boasts a flyback chronograph function, which means the chronograph can be reset to zero by depressing the 4 o’clock pusher without the need to first stop and restart the mechanism. This enables the rapid, back-to-back timing of immediately consecutive events. This is particularly useful to a pilot, who may need to act quickly to ensure an accurate reading is achieved.

Eagle-eyed readers will notice the discrepancy in nomenclature, with the Type 20 series being referred to in both Arabic and Roman (XX) numeral format. This is not an error or an inconsistency, but rather Breguet’s way of differentiating between the civilian model (the Type 20) and the service model (the Type XX). 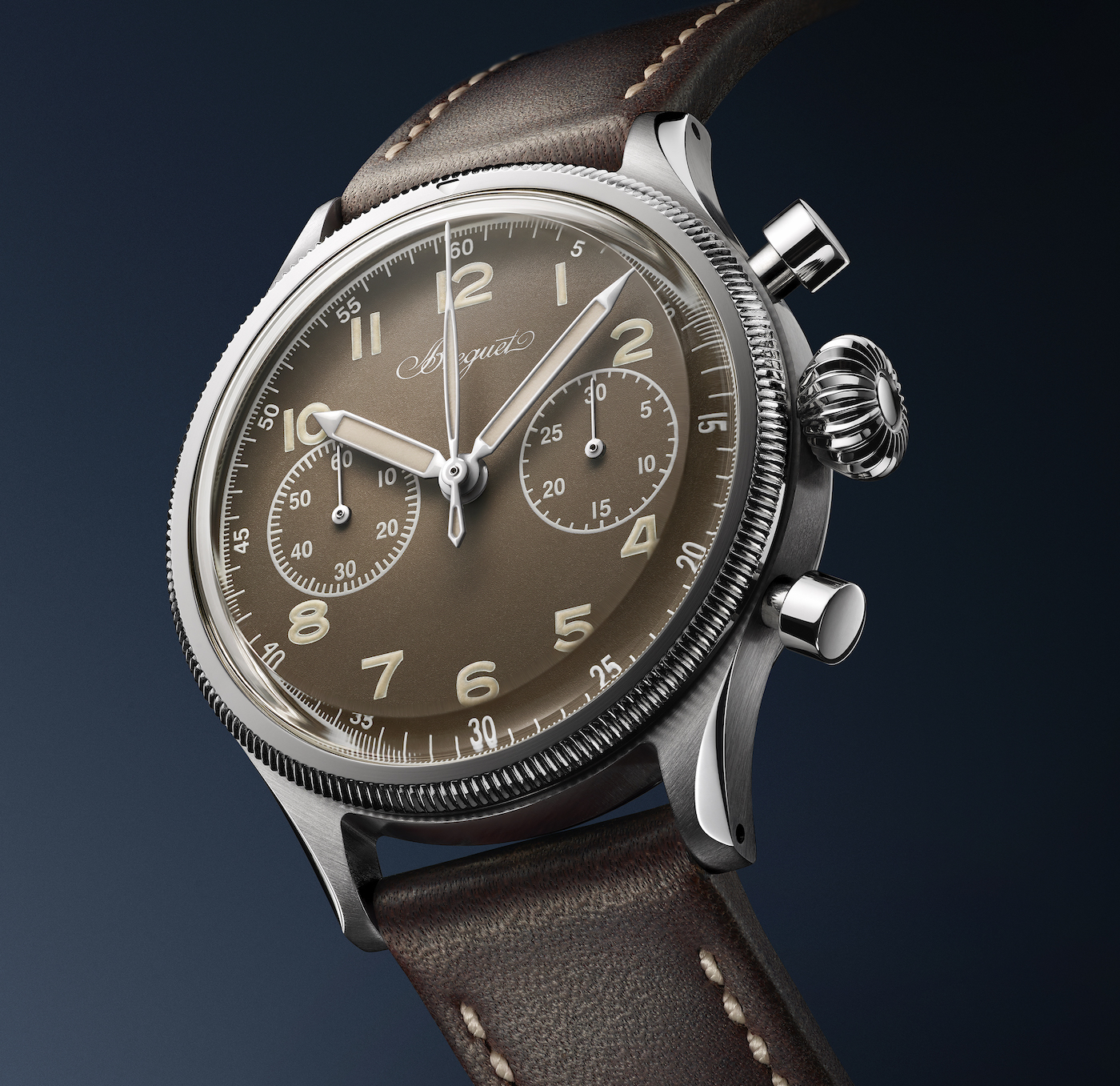 The Breguet Type 20 for Only Watch 2019 is based on a model from the 1950s and is a very faithful reproduction thereof. To keep things suitably retro, the stainless steel case is a delightfully classic 38.30mm-wide and features curved lugs decorated with a lateral bevel. The large, “pear-shaped” crown was a common feature on first-generation military models delivered to the French Air Force and Naval Air Force. The fluted bezel is bidirectional and features a very subtle triangular marker for use in flight calculations.

The unusual bronze-colored dial has its roots in seldom-seen models that were issued to the military, as well as being released to civilians in the late fifties. The color is quite a tropical shade of brown and recalls the effect that longterm exposure to sunlight can have on more common black dials. 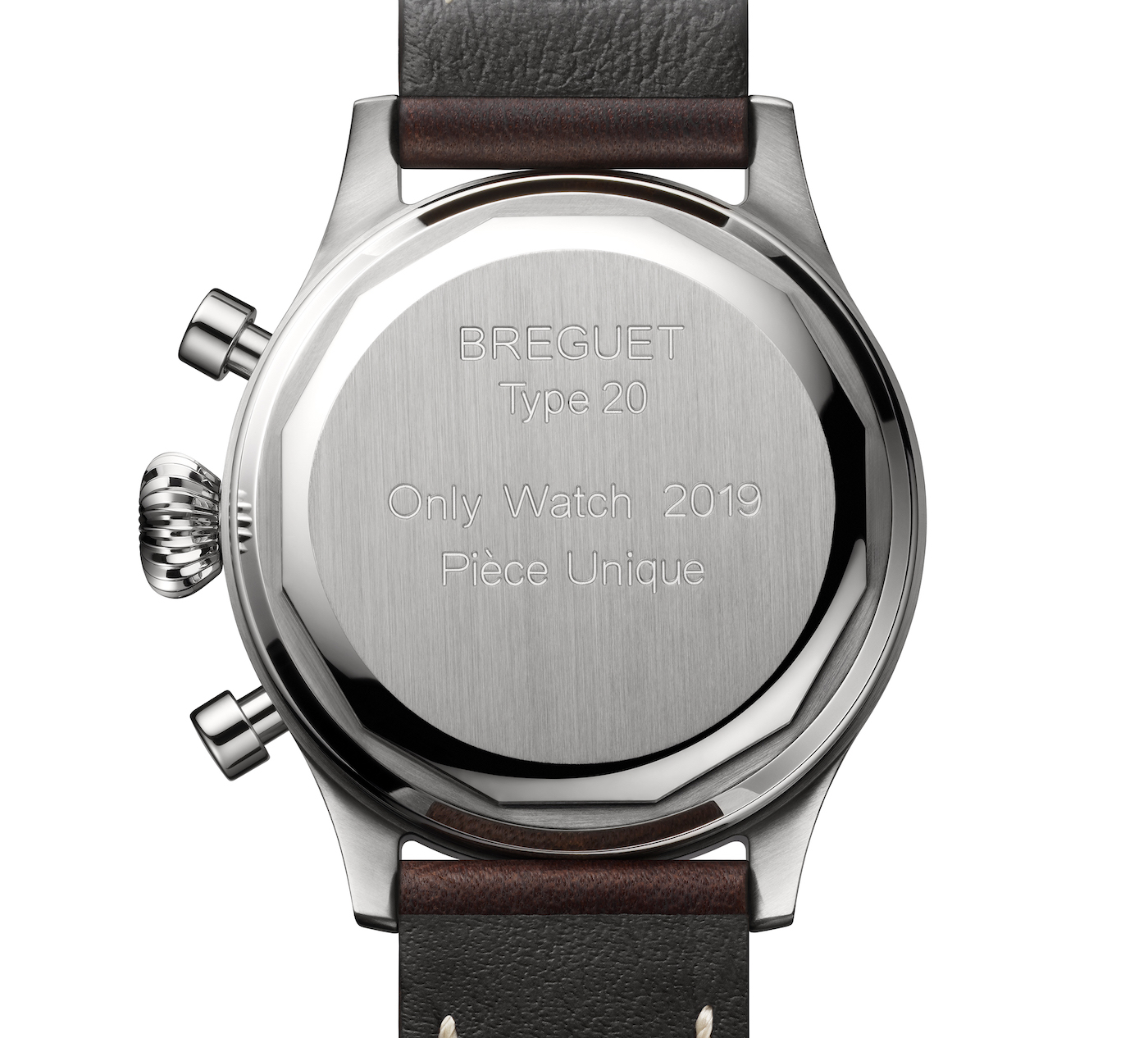 In terms of further dial decoration, Breguet has kept things sparse. Only the wordmark, signed between 12 o’clock and the center, graces what is otherwise a refreshingly restrained, highly legible visage. This is, however, more decoration than the Air Force’s historical model received, as that Type XX did away with the wordmark altogether! The hands and Arabic numerals are treated with Super-LumiNova. The going seconds hand can be found on the sub-dial at 9 o’clock, while the 3 o’clock counterpart displays up to 30 minutes counted by the flyback chronograph.

The caliber behind this complication is the Valjoux 235 (13 lignes), which is derived directly from the Valjoux 222 (14 lignes) used in the fifties. This manually wound column-wheel chronograph has been fitted with the flyback functionality, so the watch is deserving of the Type 20 name.

The caseback is engraved with “Breguet Type 20 Only Watch 2019 Pièce Unique,” which gives the watch the look and feel of a classic presentation piece. Despite the closed caseback, the Type 20 is only water resistant to 30 meters. That said, given that this unique model is expected to fetch $35,000-$50,000, it is unlikely its lucky owner will be cannonballing into their local lido anytime soon. This model will be offered in a presentation box shaped like an airplane’s wing. To learn more about this model and the history of the Type 20/XX, check out breguet.com.