Hands-On • Inside the Manufacture 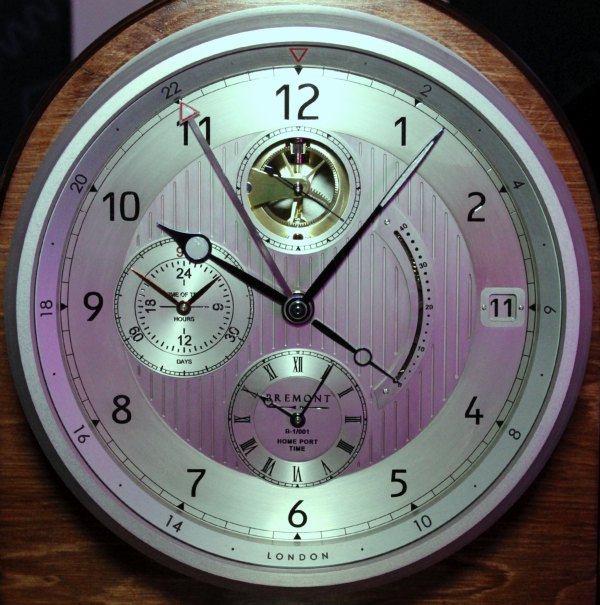 Check out the first working version of Bremont’s highly anticipated Marine Clock (model B-1). While this still an unfinished prototype, we can see just how close to the concept Bremont was actually able to make the clock look in reality. There are still some things to complete. For example this version doesn’t yet have working knobs to control the clock or adjust the times. You’ll also see a lack of detachable winch style winding stem that is still in development. But the clock is more or less done, and it is really a thing of beauty. 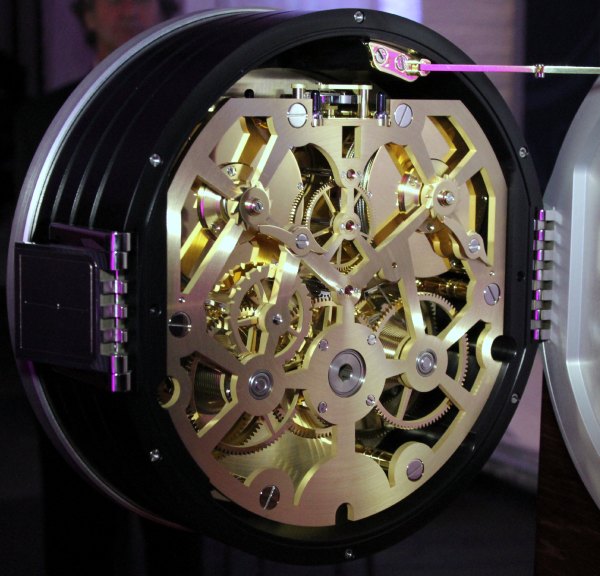 I wrote about the Bremont Marine Clock previously here in more detail. There you can go learn more about its functions etc… But in short, why the big deal? The Marine Clock has been 100% developed and built by Bremont… in England. The massive clock is water resistant (to deal with the ‘ol sinking ship’ problem, and to defend against corrosion), and it will come in a variety of color combo choices per the customers request. 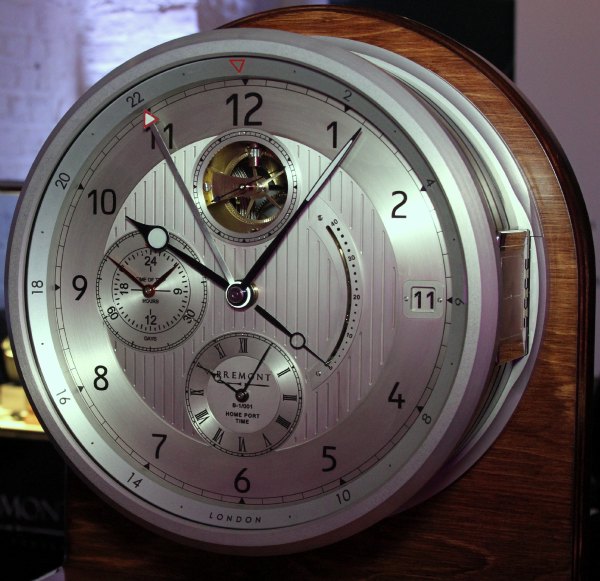 The clock is 100% mechanical and must be hand-wound. The good news is that it has a power reserve of 40 days! Yes, with a handy power reserve indicator. Winding the Marine Clock isn’t child’s play. That is why Bremont needed to provide a winch style winder. The winder will be attached to the back of the case. When you want to winding the clock, you unhinge it from its back plate, remove the winch, and then attach it to the movement for winding. 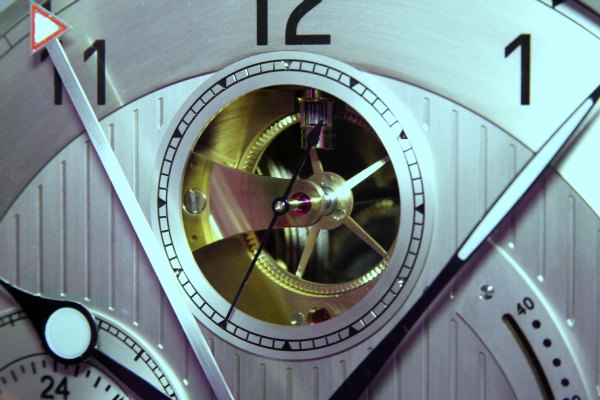 Adjusting the clock will be done five crowns that will be arranged on the space under where the winch attaches. Made from mostly brass, the movement is wonderful looking. Not sure what the final finishing on it will be though. The clock is really pretty heavy. The case with back plate are done in aluminum, and are still heavy even in the lighter metal. The clock is designed to attach to a wall, but Bremont can make you a custom stand if you like. The clock is actually design to be able to be lifted out of the back plate if necessary. When in the housing the clock back opens on strong hinges and then locks into place securely (for the water resistance). The system works nicely. Bremont even said that they could design it with an exhibition back if someone wanted to mount the clock on a stand. That would be really cool. 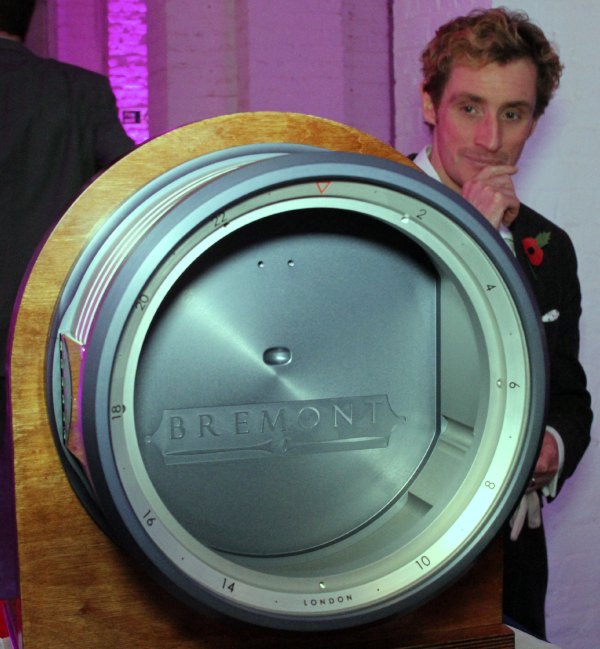 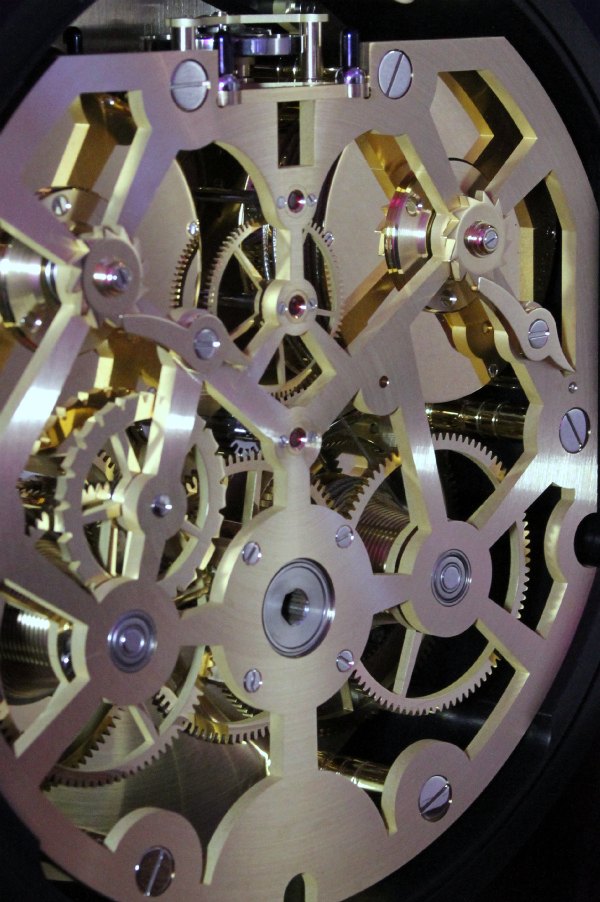 The aluminum housing is available in all sorts of colors based on whatever the customer wants. The clock face itself is nicely rendered and easy to read with all the hands and functions. Looks like a massive watch dial actually – which is cool. Bremont is also showing off their powers when it comes to making movements. This clock will be made in really limited quantities, but foretells a Bremont that makes their own watch movements (something that is coming). The B-1 Marine Clock is an impressive machine and I think most people will like it. Though not many people will be able to get one. Price isn’t that bad actually given all the hand-done effort. I twill cost somewhere in the 40,000 British Pound vicinity. A few people argued that Bremont should charge more. But that isn’t Bremont’s style. They wanted to offer a good, English clock for a price that makes sense to Bremont and the customer. Look for a final version soon and contact Bremont if you are interested in having them make you one when the time is right.