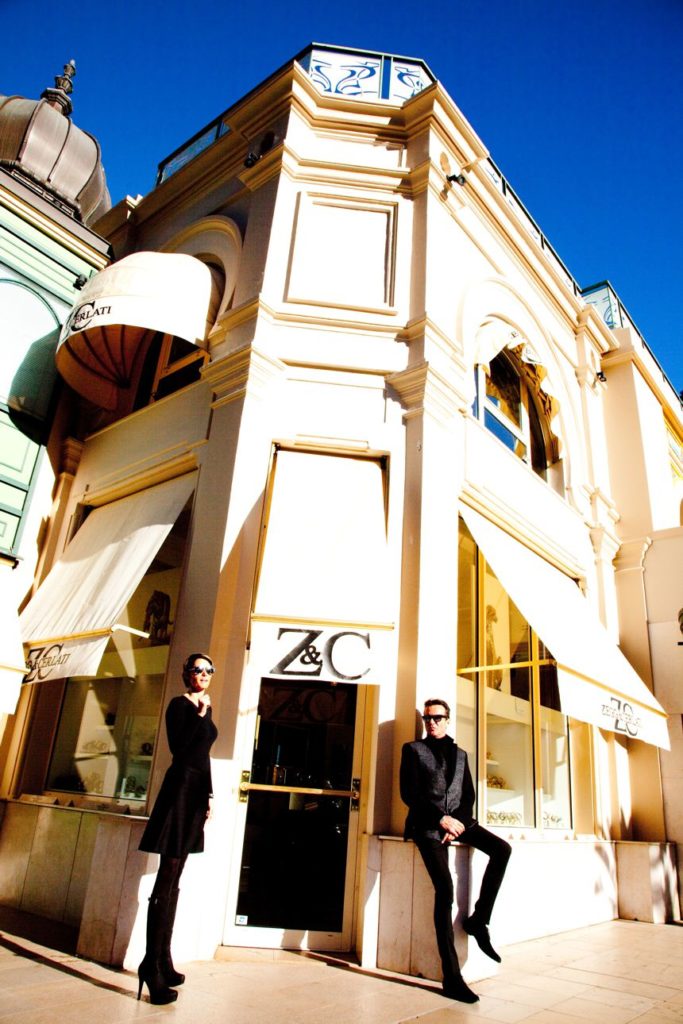 Where to buy watches in Monte Carlo, Monaco?

Just saying “Monte Carlo” or “Monaco” brings about visions of the principality on the Côte d’Azur on the Mediterranean Sea. Formula One racing, the yacht harbor, jet-setters, the Grimaldi royal family (I remember seeing Prince Grace on TV as a kid), the picturesque setting – it’s all there in the sovereign city-state of less than one square mile. But what a square mile! Above that famous harbor is the Rock of Monaco from which the Grimaldi family has ruled since 1297. 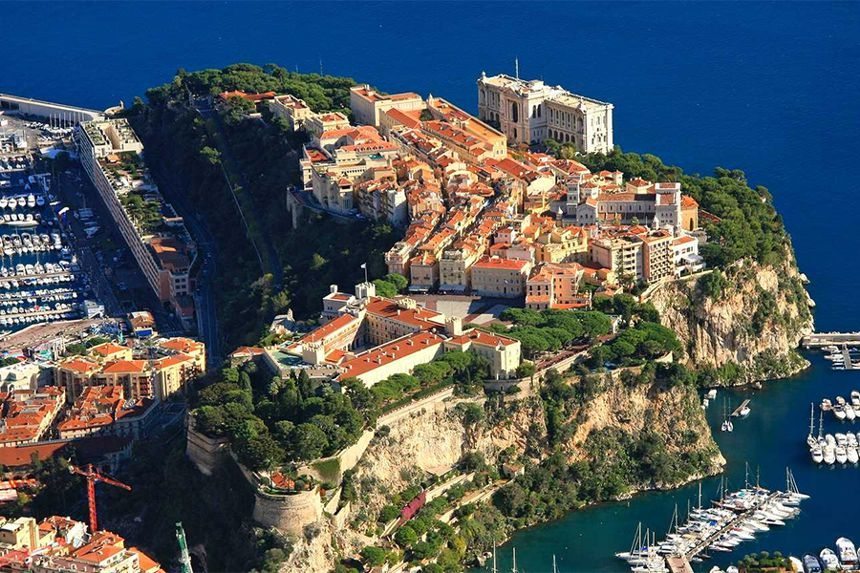 The Rock of Monaco with the Royal Palace in the foreground

And where do the rich and famous, as well as residents, shop for watches in Monaco? Certainly at Zegg & Cerlati Monaco which has served the mico-state since 1998. They have four locations in Monaco as well as a store in Ischgl, Austria. Their headquarters are on the Place du Casino (the square in front of the world famous Casino de Monte Carlo). By the way – Monte Carlo is so named after Prince Charles III of Monaco who was responsible for the creation of the Casino in the 1850s. 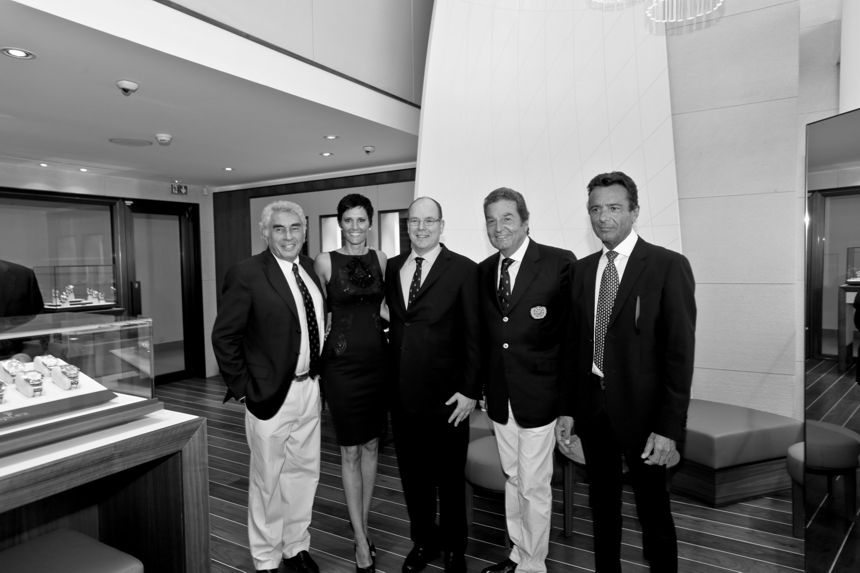 aBlogtoWatch (ABTW): What types of watches are popular in your market? What makes Monaco a unique place to buy watches?

Zegg & Cerlati: As far as brands are concerned? Rolex by a landslide. Testament to that is the fact that we sell Rolex in three of our venues here in Monaco – two stores (the one in the prestigious Yacht Club and the one next door to our headquarters on Avenue des Spélugues) feature exclusively Rolex watches. A distant second then would be Hublot, IWC, and Cartier. 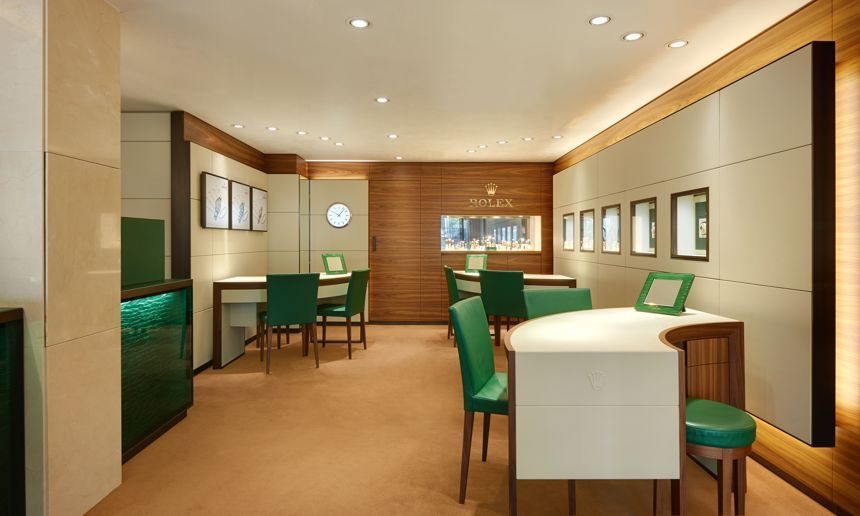 As for the watch types, we have a steady demand for high-end chronographs, minute repeaters, and tourbillons. For any significant limited edition, we are most likely to have one in-store. But that is not all, we have collaborated together with various brands and they have built limited editions for us. Over time, these watches have included, for example, the IWC Zegg & Cerlati Big Pilot Green and Big Pilot Perpetual Calendar, the Zenith Aeronef Type 20, the Franck Muller King Conquistador, and the Girard-Perregaux Traveller WWTC. The Hublot All Gold and the Hublot Jeans were actually watches that were inspired by us – Hublot did not make them previously. 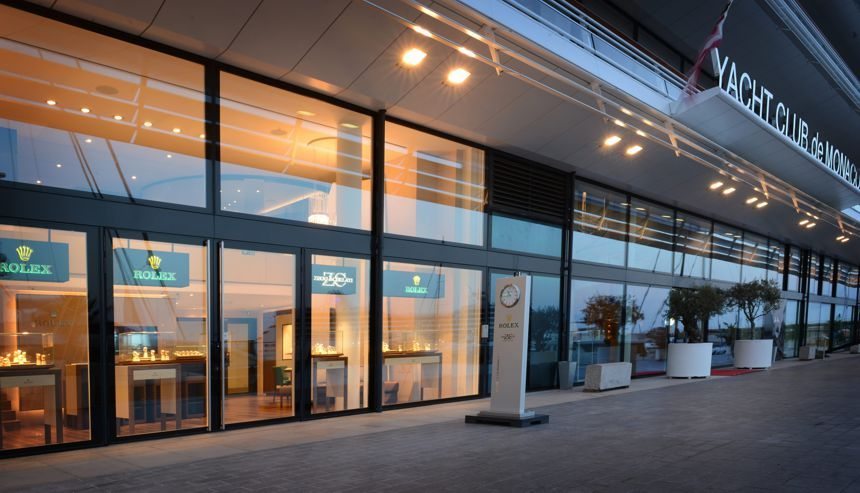 What makes Monaco so unique both for watch lovers, and in general, is the special status the principality has enjoyed over the years. A lot of wealthy individuals have made Monaco their home. The proximity to the Nice Airport, the harbor catering to big yachts and a calendar full of events all year makes Monaco a very desirable place to visit. There is always something going on. Having said that, these factors generate a certain buzz in the watch world. True watch aficionados know that we might carry a watch that they would be hard-pressed to find anywhere else. After all, including our own brand, we are currently the authorized retailer for 20 brands. That means we are most likely to have everything that is featured in the brands’ current catalogues and then some. We have several large showrooms where people can sit down, relax, and have a personal fitting, so to speak, with an enormous selection of watches. 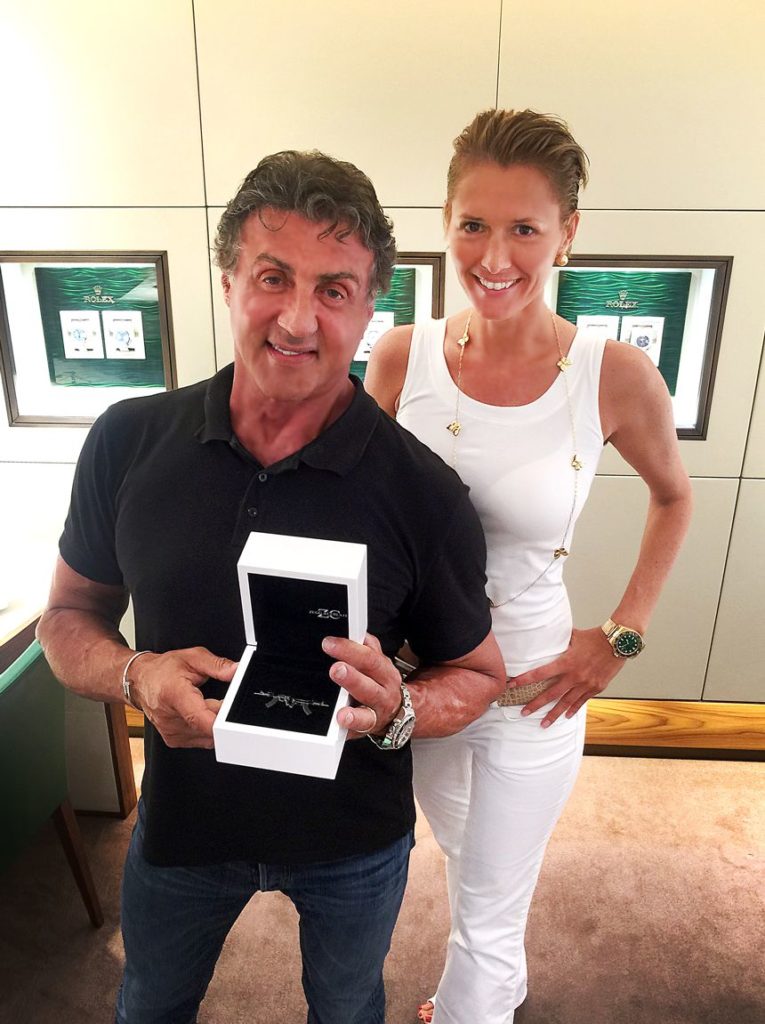 Zegg & Cerlati: They may not be typical, but some of them are almost like a species of their own: extravagant, special, unique in their taste and also in their ability to spend. Hence, here in Monaco, “watch lovers” and “expensive” are an almost perfect match. 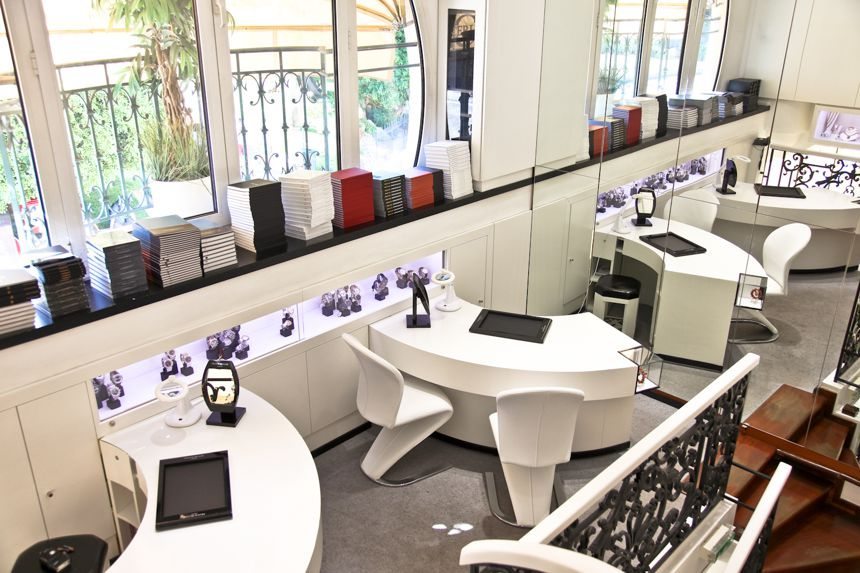 Zegg & Cerlati: It is probably a healthy dose of both. In the summer, especially the months of July and August, the tourists really flock to Monaco. A lot of affluent people from Russia, Great Britain, or Scandinavia do have a second home here on the Côte d’Azur and they tend to be very loyal customers. There is a steady influx of travelers from both the Middle East and China. 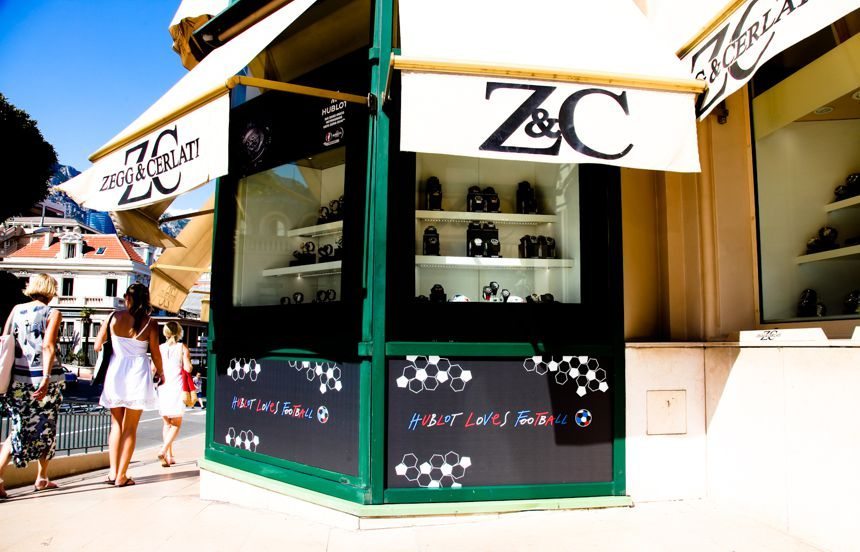 In the winter, however, things are almost reversed: The locals do their Christmas shopping. But, overall, there is a loyal group of clients from nearby and faraway. As for the other part of the question — no more than 20% are what can be described as “knowledgeable watch collectors,” the ones that really know their favorite brand by heart and probably are unlikely to take their newly acquired piece out of the box more than twice a year. Nevertheless, there is what can be called the “other collector” — people that simply adore watches and like to have several in order to have one for every imaginable situation. 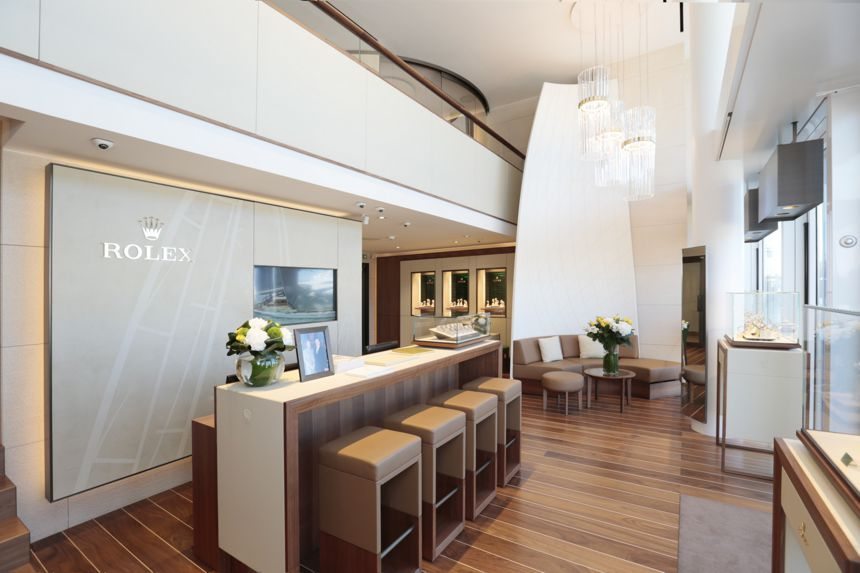 ABTW: What is Monaco best known for? What do visitors have to do, see, or eat while there?

Zegg & Cerlati: As mentioned before, while Monaco can probably not be described as “a city that never sleeps,” there is still so much going on throughout the year. To name just a few of the top events: The F1 Grand Prix of Monaco, always in late May; the Rolex Tennis Masters, always in early April – those are probably the most well-known. But then there is the prestigious Yacht Show, there is horse jumping, there is an Athletics event, usually in July – and that is just the sport-related top of the crop. Annually, there are numerous conventions, among them SPORTEL (The World Sports Media Content Convention). And many, many more – too many to list. But each one of those events brings in a different kind of crowd and, hence, a different kind of watch lover. 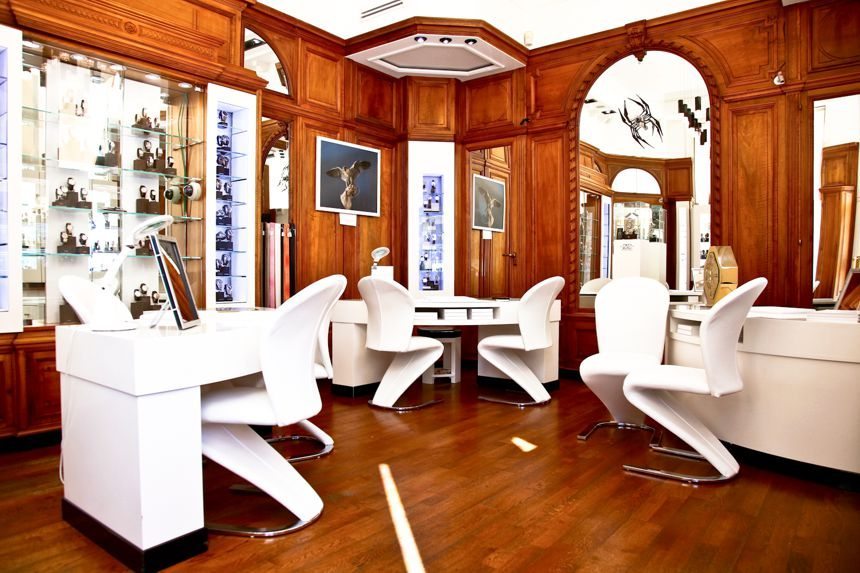 As for things to do: Definitely, a visit to Monaco-Ville, the so-called Old Town with the palace hovering majestically on top of a giant rock. For steak lovers there is the well-known Beef Bar in Fontvieille close to the waterfront. There are several harbors to discover if one has an affection for yachts of all shapes and sizes. The surrounding countryside is breathtaking with several smaller villages close by and worth a visit – Eze Village, just to name one.

Monaco has a very vibrant restaurant and nightlife scene. The balmy climate almost year-round makes Monaco a destination no matter what time in the year. 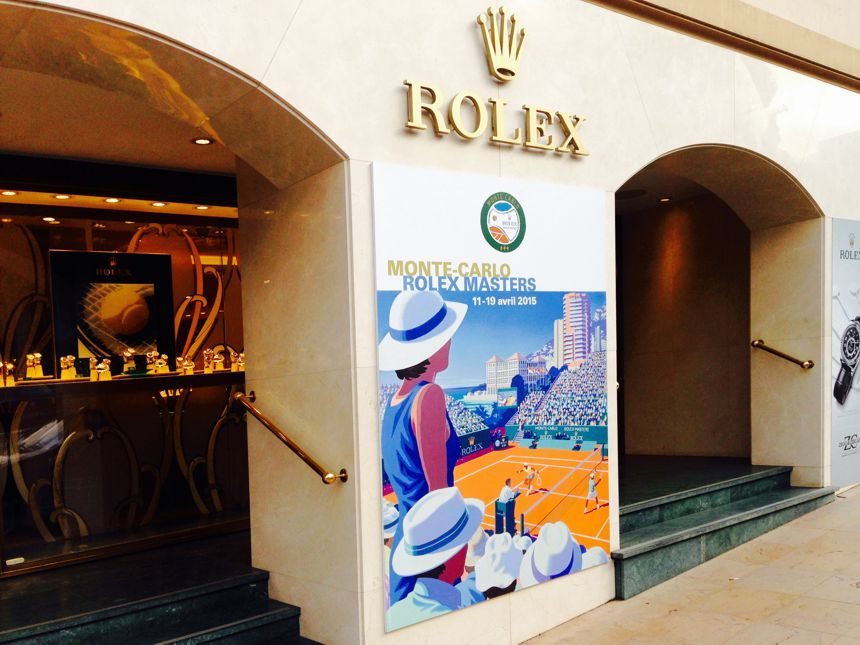 Zegg & Cerlati: We are part of the aforementioned Rolex Tennis Masters where we and Rolex together usually do a large soiree for our best customers. During the tennis week, we have a small Rolex venue in the Monte Carlo Country Club where the event is held. We are also very actively involved in the annual F1 Grand Prix where we are again partnering up with Rolex and hold several cocktails or luncheons during the race weekend. We are also supporting various local charities. This year, our founder and managing director, Tina Zegg, is part of the 2016 GPHG jury. 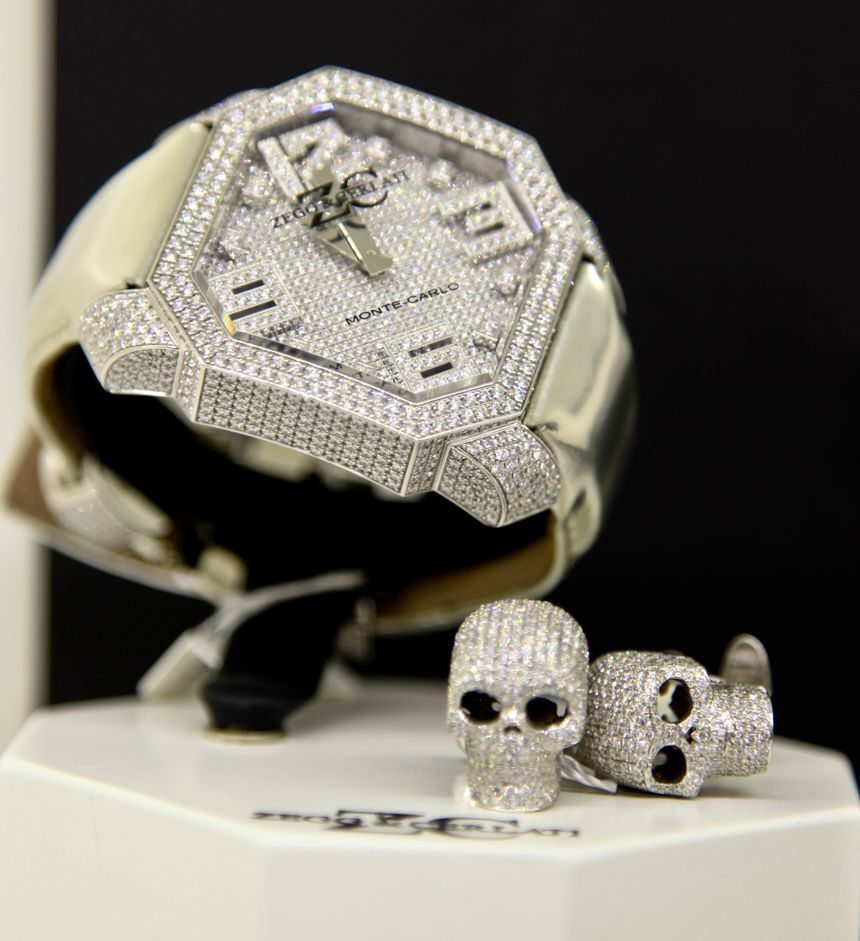 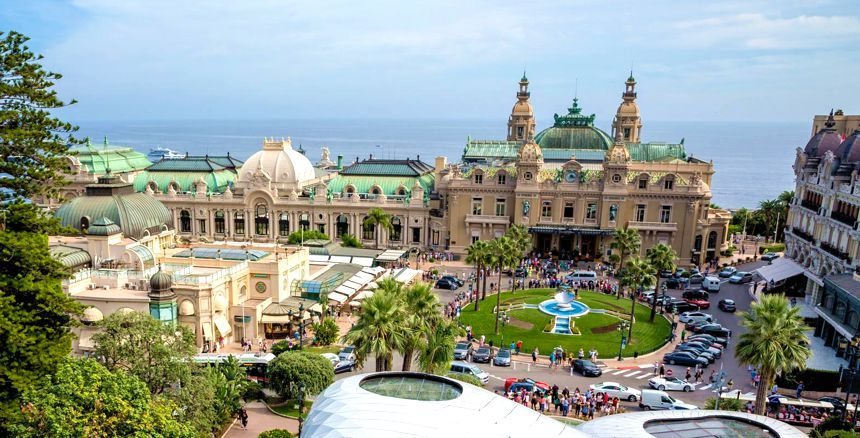 ABTW: What are some of the watch brands you are known for carrying? If you could pick a watch brand or model that epitomizes the culture or style of Monaco what would it be?

Zegg & Cerlati: As mentioned before, we are currently the official retailer for 20 brands but if we could pick one that epitomizes the local style it would have to be our very own — the Zegg & Cerlati Place du Casino. Why? Because just like the square where our flagship store is located – Place du Casino – the watch is octagonal. A perfect watch match, don’t you think? zegg-cerlati.com