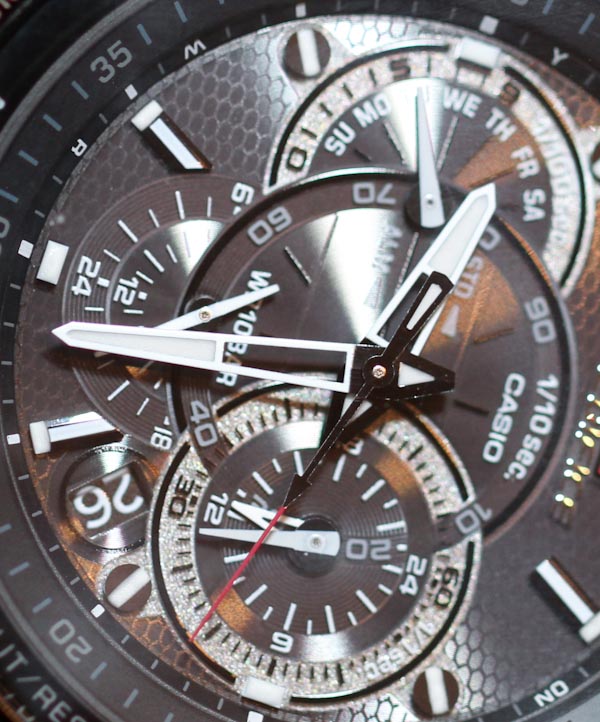 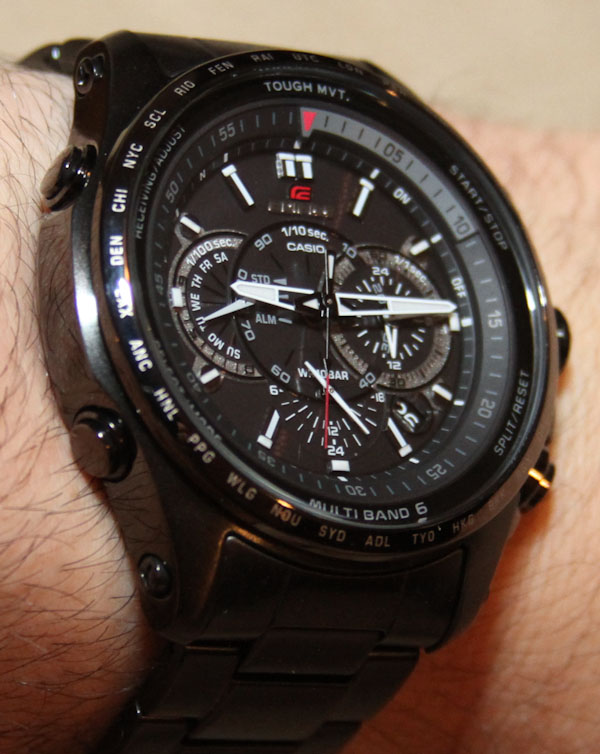 It appears to me as though Japanese watch makers Citizen and Casio are in a fight. Both of them are doing appreciably better than competitor Seiko, and they are also both pushing forward with highly multi-functional analog watches. These are developments based on years of success with multi-function digital watches. I get the appeal of digital watches that offer a range of features, but their analog counterparts are a mixed bag.

On the one hand, a proof of concept that “all these features can be used via a purely analog display” is a good thing. That these watches work with their many motorized hands is impressive. On paper, multi-function quartz movement-based analog watches sound fantastic. In practice they are often too complicated to be picked up and simply played with. Their appeal is in using a few basic features and playing with the rest from time to time… while having a complex-looking timepiece that looks cool. This is the hallmark of the Casio Edifice collection – a range of watches trying to capitalize on the extremely deserved success of digital Casio watches in a more fashionable analog form. The resulting success varies from model to model. In true Japanese fashion, Casio releases new Edifice (and other) models each year. It can be difficult to tell some of them apart, and more difficult to determine what features one has over another. Unlike Swiss watches whose designs can be very distinct and their functions clear, part of the fun of getting a cool Japanese watch is trying to understand what makes them all different. This is a review of the new for 2012 Casio Edifice EQWT720DC-1A.  Let’s see what it’s got. 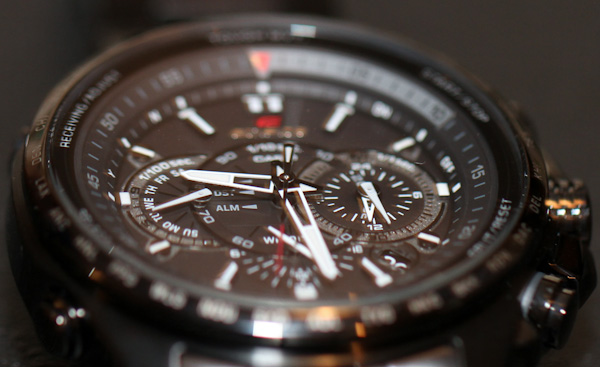 “Operation Guide 5262″ (which you can download here) is the user manual for the Casio Edifice EQWT720DC-1A watch. Casio doesn’t actually list the manual by model number, but by some less intuitive module number. The reason for that is likely to do with the fact that the same watches may have different model numbers in different countries. At least Seiko does that. Just another of those Japanese watch maker curiosities that we like to mull over. The operation guide is about nine pages long with rich details and pages full of diagrams and instructions. That is what you’ll need to study in order to use this watch. I would like to say that you can pick up this and many other multi-function analog watches and use them intuitively – but we aren’t there yet. At the same time, the feature set and options are very robust and the little things you can do with the watch are impressive. For instance there is a feature to let you swap the home and local times if you like. But again, good luck trying to figure out how to do that on your own.

In essence, this Casio Edifice EQWT720DC-1A watch has a few key features. It has the time, full calendar (date, and day of the week are displayed on the dial), daily alarm, 1/100 of a second chronograph, and world time function. In addition to that, the movement is light powered, synchronizes with each of the six atomic clock radio signals around the world and has a Casio “Tough Movement” which offers the ability for the hands to be re-positioned automatically if they are misaligned due to a shock to the case. That is a lot of technology and features. Ideally, you don’t need to learn how to use most of them. If you do, then I highly suggest carrying the manual around with you. Perhaps that isn’t necessary if this is your daily wearer, but for a guy like me who has a lot of watches in rotation, I will never recall how to use all the functions. Even setting the time is a complex dance of moving hands and button wrangling. 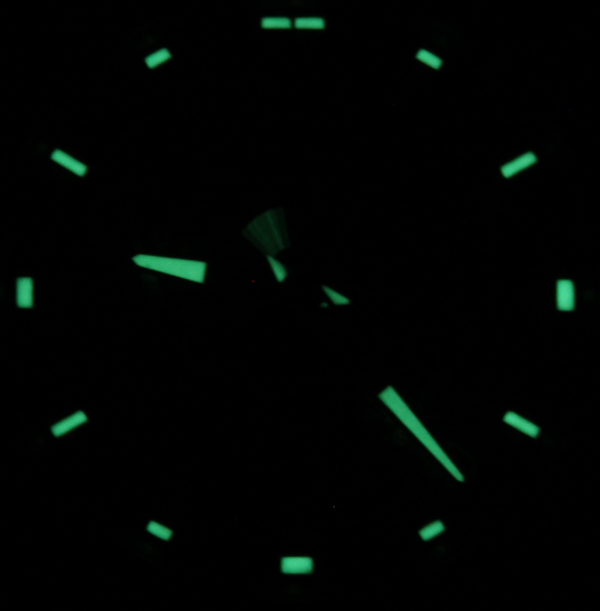 The case is in typical Edifice form and actually wears smaller than its over 47mm wide width would suggest. The case is water resistant to 100 meters and is black IP coated steel. The case appears to have four pushers and a crown, but the crown is actually used to move the inner rotating bezel – which is basically the same as a inner rotating diver’s bezel. That was a neat addition to the piece that was less than expected. Casio attempts to label the buttons for ease of use but they are used to do different things in different modes. The dial has seven hands and a date indicator window. Once again, the hands are used to do different things in different modes – which is the key to understanding how this watch is able to do so much. On the default “screen,” the watch shows you the time, 24 hour time or second time zone, date, and day of the week. I highly suggest just leaving it at that.

For the money, the dial is spectacularly detailed – a feat only the Japanese can seem to accomplish these days. Also, the dial needs to be designed to allow light to pass through to charge the movement. The multi-level look of the dial is handsome and retains as much legibility as possible. Casio thankfully applied lume on the hour markers as well as the hour and minute hands. I like to get swept away in all the little markers, indexes, notations, and reference points. I don’t necessarily want to use them all, but I do enjoy simply looking at these and other Edifice watches. The good side and the bad side of watches like this is that they are still designed by hardcore watch nerd engineers. These guys really to everything possible to ensure full functionality will never be removed from their creations. 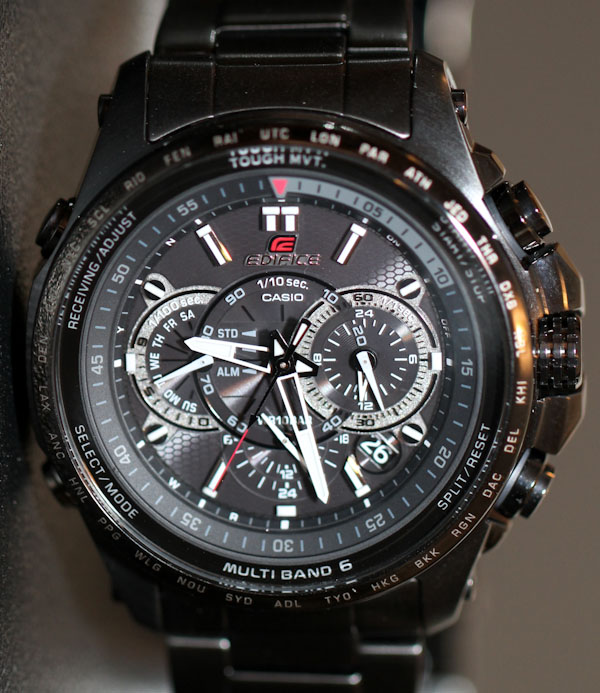 Aesthetically, the Casio Edifice EQWT720DC-1A is a good-looking watch – especially the dial. The case is more-or-less the same as many of its brothers and sisters, but the dial is symmetrical and interesting. It has a “gee-whiz” gadgety feel that looks cool for sport or casual purposes. While the dial does have lume, it lacks a dedicated backlight – I would have appreciated that function. While Edifice watches are inherently more slick looking than their digital counterparts, you still can’t get rid of the geek factor. Sorry Casio. I don’t claim that to be a bad thing, but these watches simply look like a more mature and socially acceptable gadget watch. Casio attempted to make a suit and tie version of these pieces with the Oceanus collection – but the same rules apply. You simply can’t take the spirit of the micro-engineer out of these timepieces. Citizen however has done a slightly better job at that, but Casio still has the edge when it comes to a more youthful look.

All of what I am saying is more than clear to Casio – who has put in a huge amount of effort into making their brand look a bit more hip. The Casio G-Shock collection, for example, has relationships with popular music stars and other urban heroes. The Casio G-Shock is still the brand’s most phenomenal success, but watch collections like the Casio Edifice are a natural step up as you don’t want bright-yellow plastic watches all the time. With futuristic looking dial designs and durable metal cases, these are “cool guy” versions of the G-Shock and Pathfinder collections. Though it takes a bit of a nerd to appreciate and understand all the high-tech features these pieces have. If you do go ahead and get yourself this reference EQWT720DC-1A or any other Edifice model, I highly suggest taking the time to study the manual a bit. Hell, you’ll have to anyways in order to set the time. Price for this Casio Edifice EQWT720DC-1A watch retails for $580, and you can purchase one from Casio here. 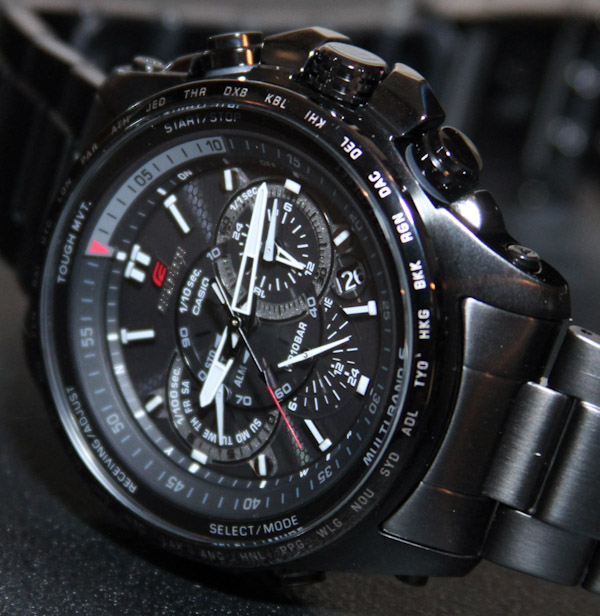