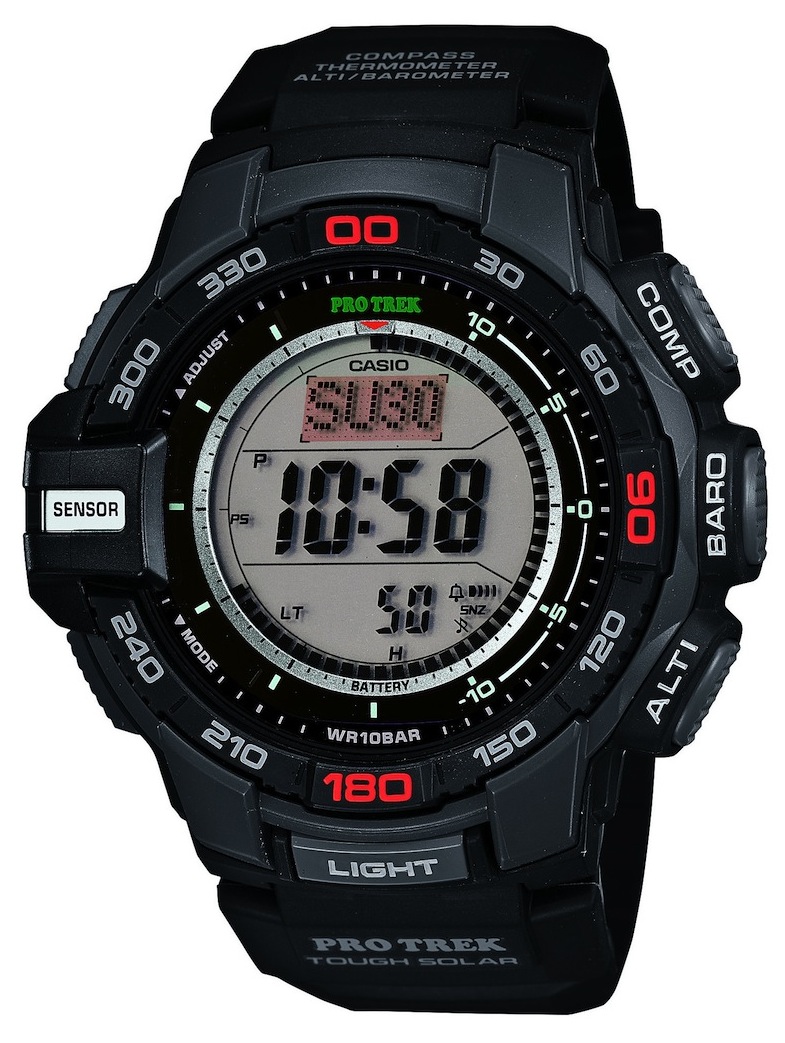 Not long after the introduction of their latest ProTrek flagship, the PRW3000, Casio has announced a new entry-level model that also features the updated Triple Sensor V3 technology. The new Casio PRG270 expands over previous PRG models with the latest Triple Sensor system from Casio and comes in a wide range of colors. Offering improved accuracy and speed, the PRG270 offers an appealing go-anywhere package for those who can to do without atomic synchronized timekeeping.

Like all ProTrek watches, the PRG270 is a rather large and hyper-masculine sports watch with a plastic resin case that measures 54.6 by 14.4mm and weighs in at a feathery 67g. Designed for avid outdoorsy types, the PRG270 offers a host of systems for quantifying the wilderness including: a digital compass; altimeter; barometer; and thermometer. All of the standard digital watch features like world time, chronograph, countdown timer, alarm, perpetual calendar, sunrise and sunset timing are also just a button press away. Fittingly, you’re going to have to get off the couch and go outside to get the most from this watch.

The PRG270 employs the latest V3 Triple Sensor technology that not only improves the accuracy of its measurement, but also the speed at which the measurements are shown. The compass now shows a continuous reading for 60 seconds (up from 20 in previous models) and the time required to measure altitude has been shortened from five seconds to just one second and the altitude reading now boasts a resolution of one meter (down from the five in previous models). Finally, the PRG270 also sports an alarm that can signal a rapid rise or fall in barometric pressure, suggesting an imminent weather change.

Water resistant to 100m, the PRG270 is solar powered and its design is largely similar to past models with large chunky controls, prominent light button and integrated resin strap. Given the water resistance and the glove-friendly buttons, I am curious to see how well the PGR270 would function as a backup to a dive computer, as its large screen would offer a clear view of timing information and the full backlight could be handy in murky waters or when night diving. 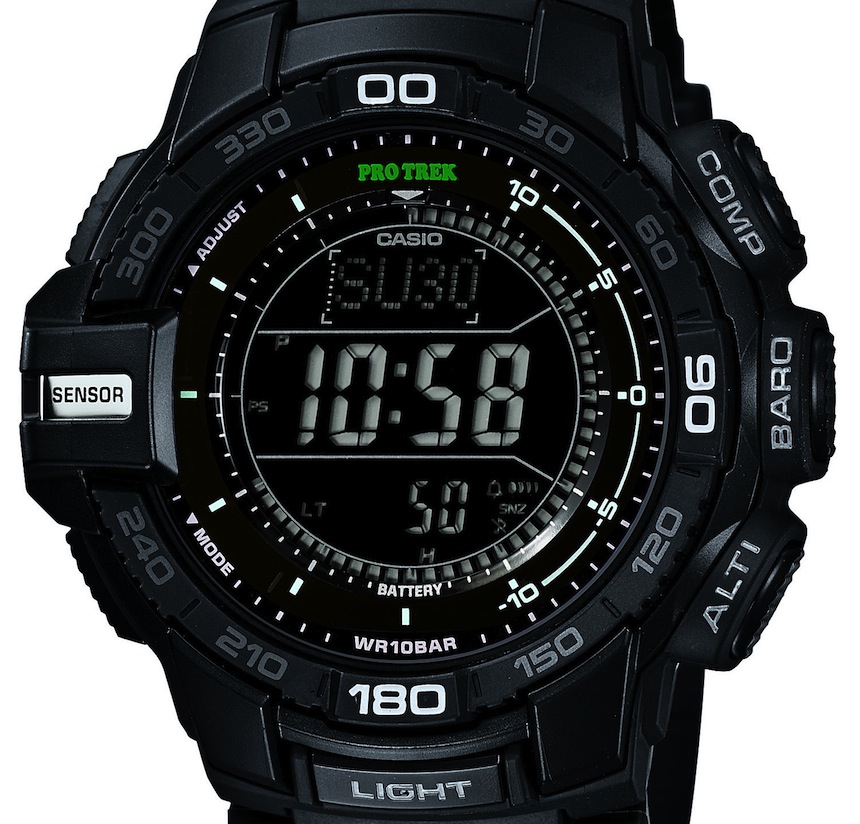 The PRG270 is essentially a non-atomic alternative to the PRW3000 and can be had in black, black/dark grey, blue, black/orange and black/light grey for $180 USD. Given that the PRW3000 carries a list price of $300, I think the savings will be worth it for the average weekend warrior that will likely be perfectly happy with the listed +/- 15 seconds a month accuracy of the quartz movement.

I have owned several ProTreks (previously known as the Pathfinders), including a PRG240 that withstood an incredible beating while strapped to my wrist. ProTreks are a great option for those looking for a tough watch with more features than the average G-Shock and the PRG270 looks like a great addition to the fleet that will be more than capable of keeping up, especially when you’re too scared that you’ll damage your favorite desk diver. casio.com