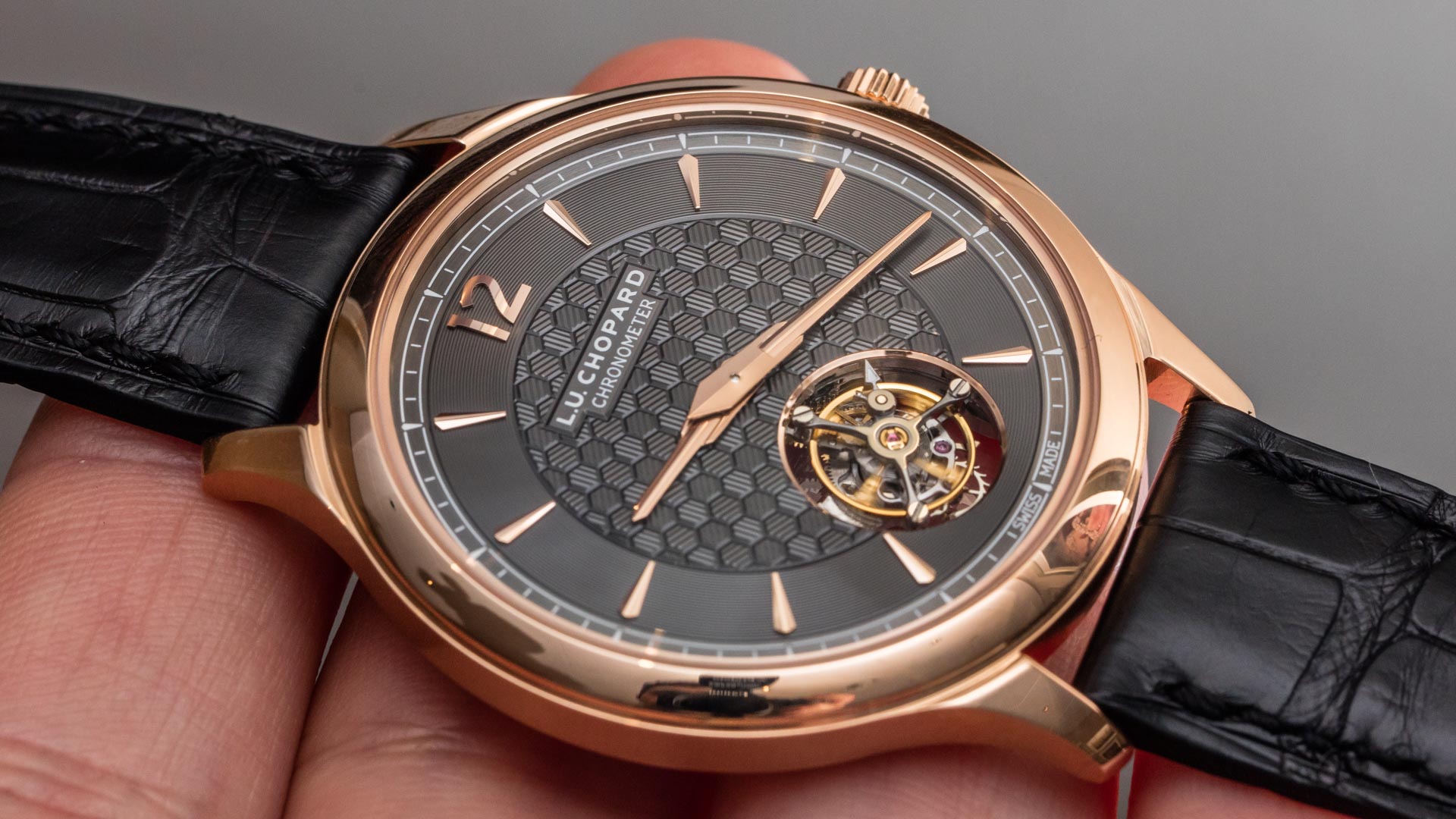 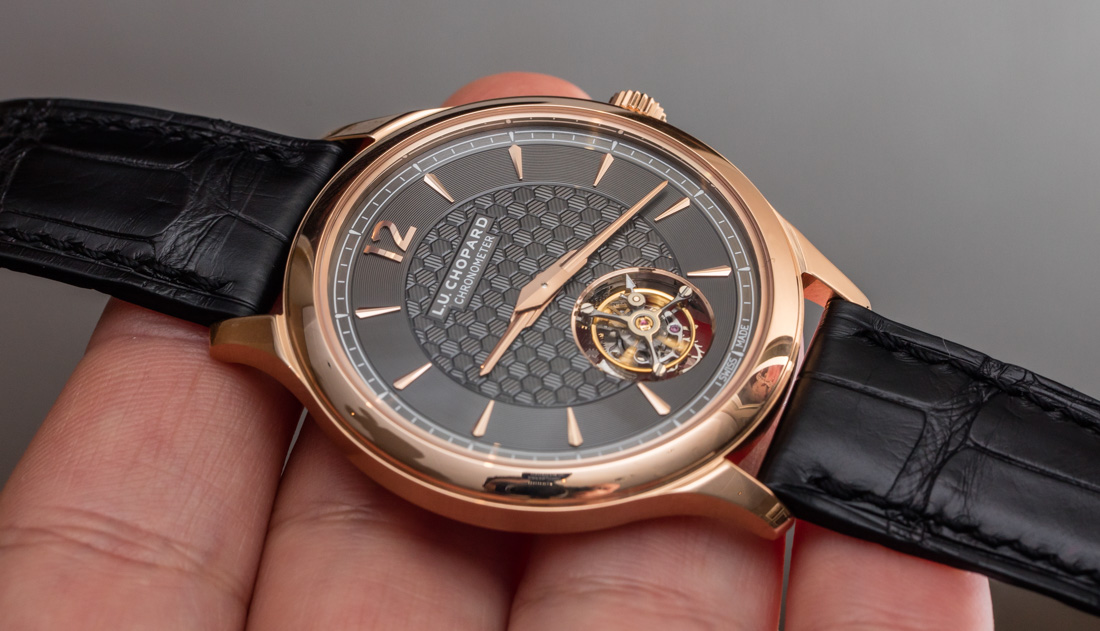 I’ll admit, it took me a while to figure out what exactly the Chopard L.U.C Flying T Twin was reminding me of: to me, it is a lot like the horological equivalent of the eminent student that raises the average of the class in every sense of the word. It certainly won’t be the one whom everyone knows in school – there are no scandals or tiresome pursuit of the latest trends with this one… And it is not until you get to know it better that you realize, there are some hidden talents to go with the eminence. 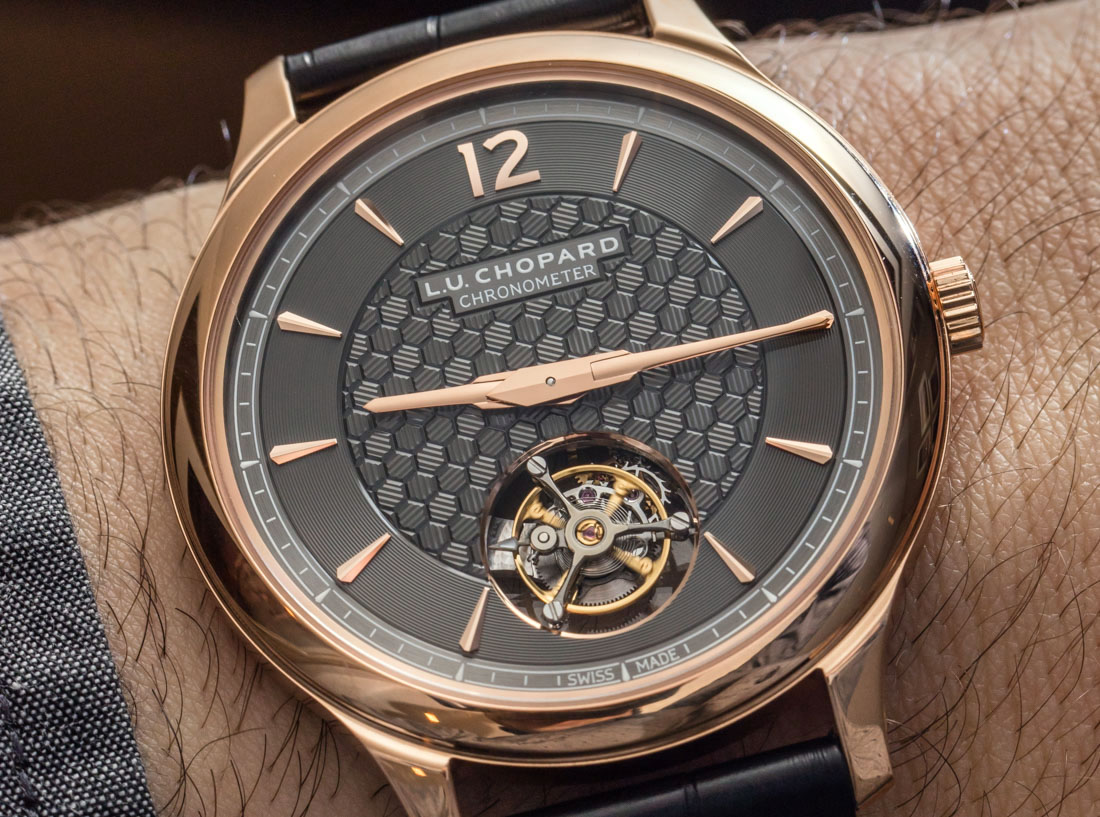 The Chopard L.U.C collection — the high-end line of the Fleurier-based manufacture – we have discussed a good number of times, introducing it as the underdog when compared against the popular kids such as Patek Philippe, Audemars Piguet and the rest. The collection is named after the company’s founder, Louis-Ulysse Chopard, which is why the dial says L. U. Chopard and why there is no period after the “C” in “L.U.C” — for those keen to know these things. In a way, it is the status-free status-watch among luxury timepieces.

Now, it doesn’t take much for one to understand the way I meant “status-free” there. It takes zero understanding of watches and watchmaking for one to recognize this all-gold watch as an expensive timepiece — though I’d venture so far as to say that probably few of us watch enthusiasts would figure this was a six-figure-priced watch (I certainly did not expect that to be the case, though I was counting on seeing a high five-figure price for sure). 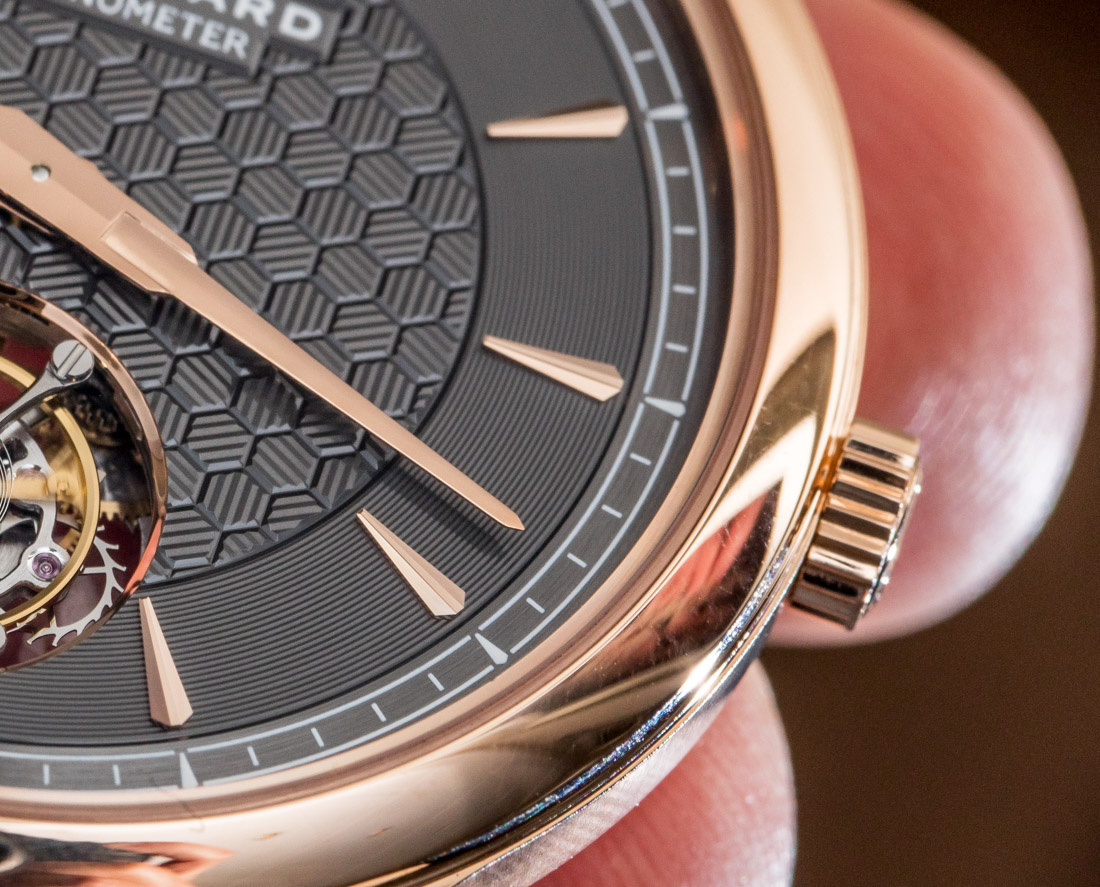 What I do mean by “status-free” is how wearing this 118,500-dollar watch is, in a way, a highly discreet and restrained choice. A budget of this magnitude would allow one to get an early Richard Mille RM011, a factory-blinged-out Rolex with sapphires and rubies in it or… Well, pretty much anything from anyone. So, someone going for an L.U.C piece, a collection that now starts at $8,800, really makes this a choice of someone in search of a timepiece that excels in its execution and design — as opposed to its “street-cred” (where that word came from, don’t even ask). 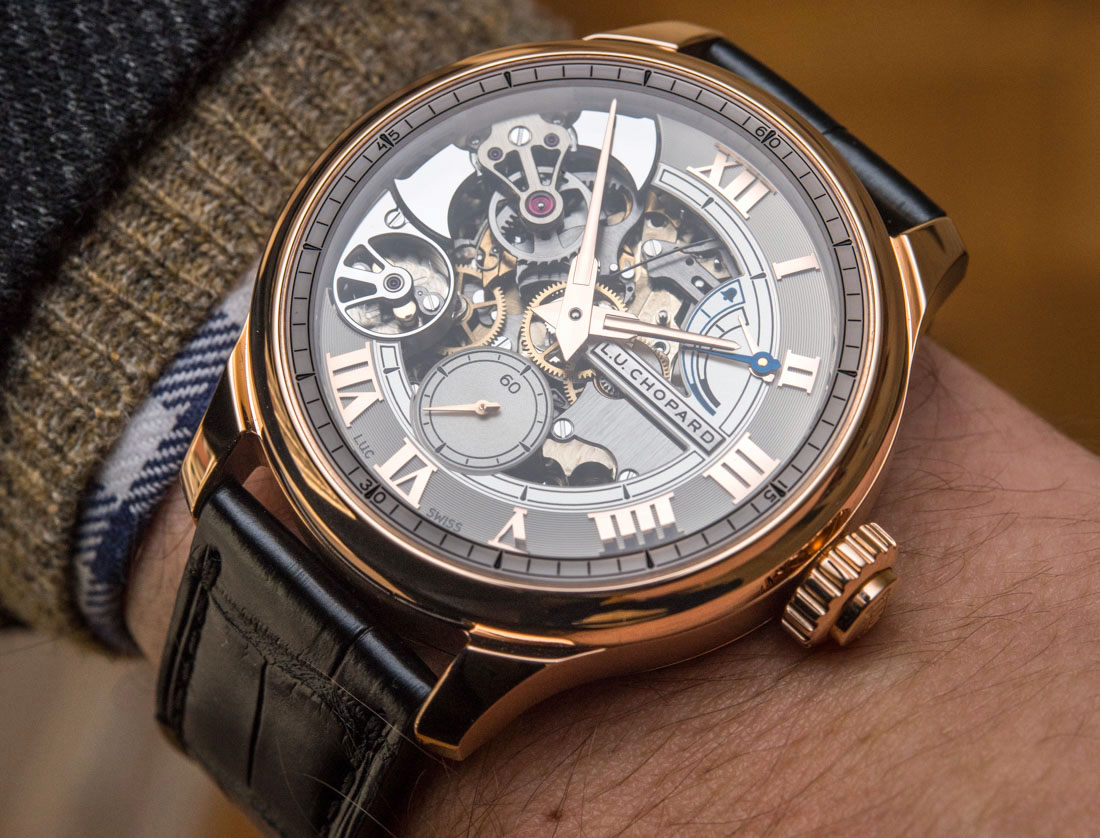 Don’t let that competitive base price of the collection fool you. You see, with its L.U.C Full Strike (hands-on here), Chopard has produced what I consider to be the best-sounding minute repeater I have ever heard — and I’m lucky enough to say that I’d heard plenty. Designed, manufactured and assembled in the same building as every other L.U.C, this sapphire-gong minute repeater stands as a testament to the manufacture’s proprietary know-how, something it gathered over the 24 years of operation of its Fleurier facility. All this is to say that there is a lot of know-how within Chopard — and I wish every brand exhibited at least half this much genuine dedication to fine watchmaking. The fancy trade-shows of the industry would be a lot less regurgitative, I can tell you that. 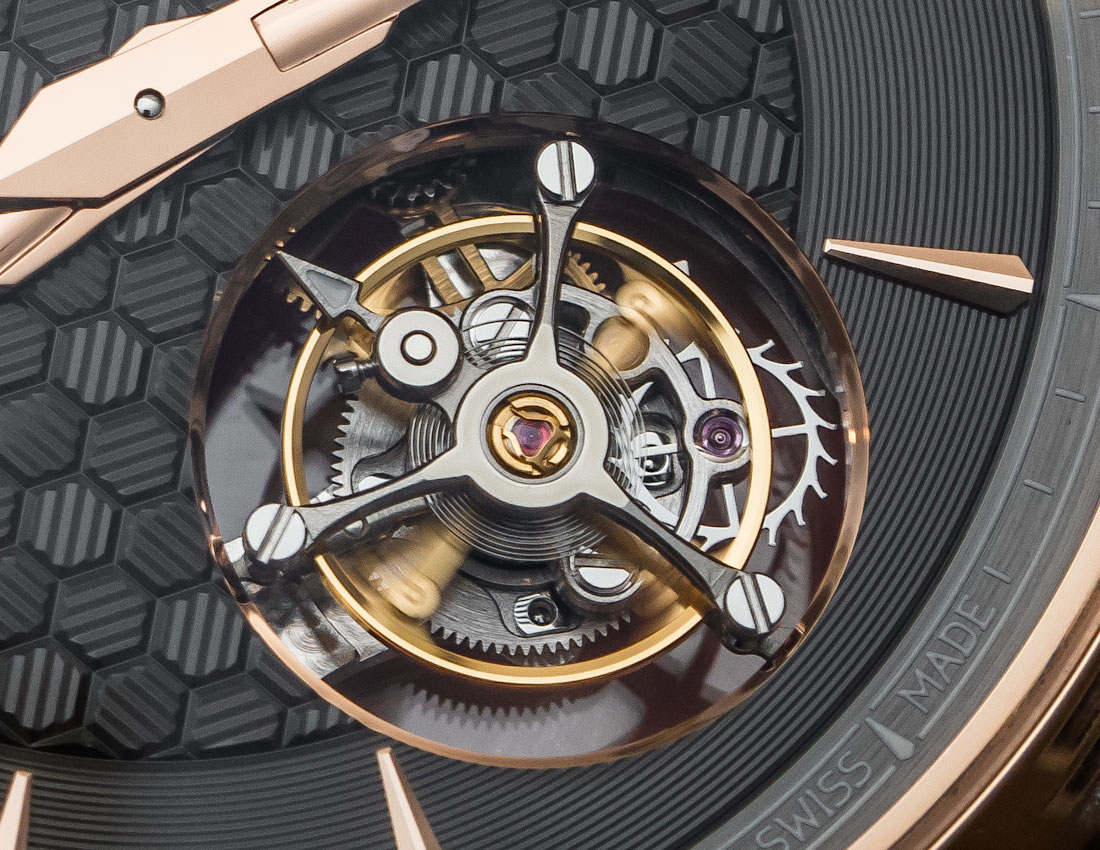 The dial features a genuine guilloché dial with a rather more unique striped honeycomb pattern. With guillochage, the desired pattern is cut from a plate of metal using a massive machine that is operated by hand. The pattern is dictated by so-called rosettes, but the speed of the operation and, more importantly, the depth and the exact location of the pattern is always set by the guillocheur. I’m telling you all this because where large, uninterrupted patterns are difficult-enough to make, to create this honeycomb pattern I reckon would entail lifting up the cutting tool at the end of every stripe inside every hexagon. That’s thousands upon thousands of perfectly performed restarts — mess up any one of them and you have a ruined dial. 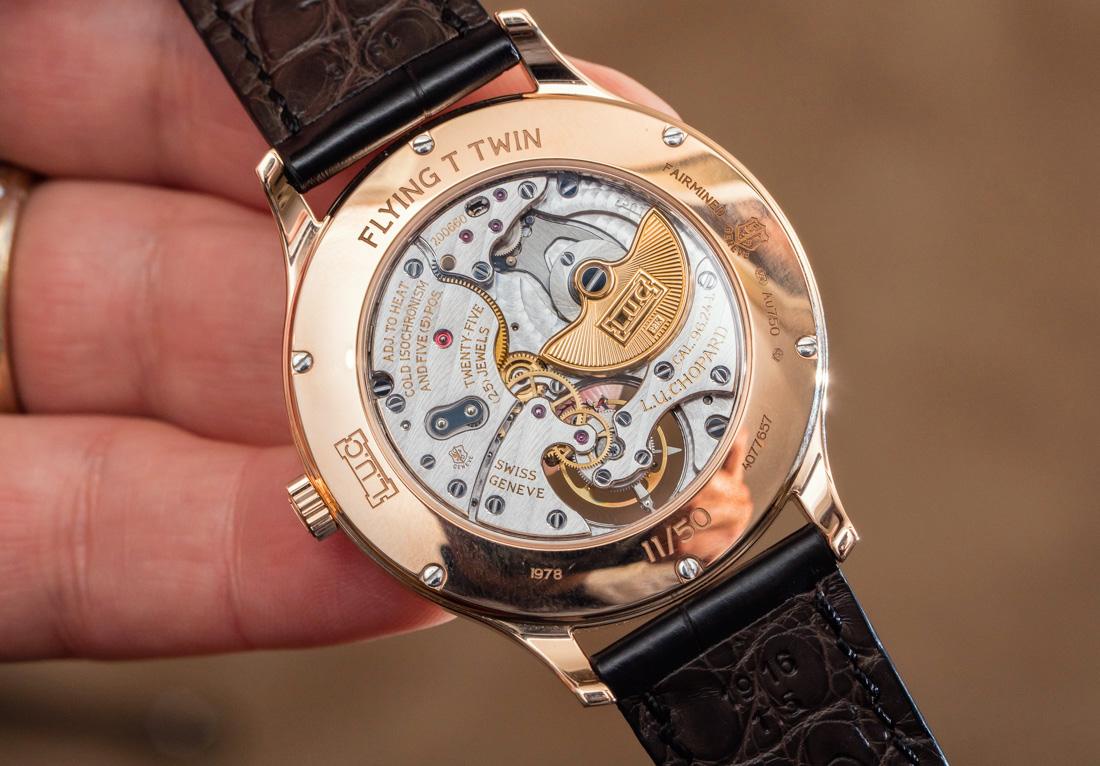 The movement that powers the Chopard L.U.C Flying T Twin is the L.U.C 96.24-L. It is the first flying tourbillon of Chopard and it is based on the L.U.C Caliber 96, which is a micro-rotor caliber that was also the first movement introduced by Chopard in 1996. It is a highly impressive movement: it may just be 3.30mm thick, but it features two stacked barrels (how about that!) — which explains the “Twin” in the watch’s name, as well as the 65-hour power reserve, exceptionally long for such an ultra-thin caliber. A 22kt solid gold micro-rotor takes care of replenishing the two mainsprings, while the Geneva Seal certification ensues a certain grade of movement decorations — although I have been left unimpressed with Geneva Seal-certified watches before, Chopard L.U.C (like the eminent student it is), helps raise the bar in this regard too. 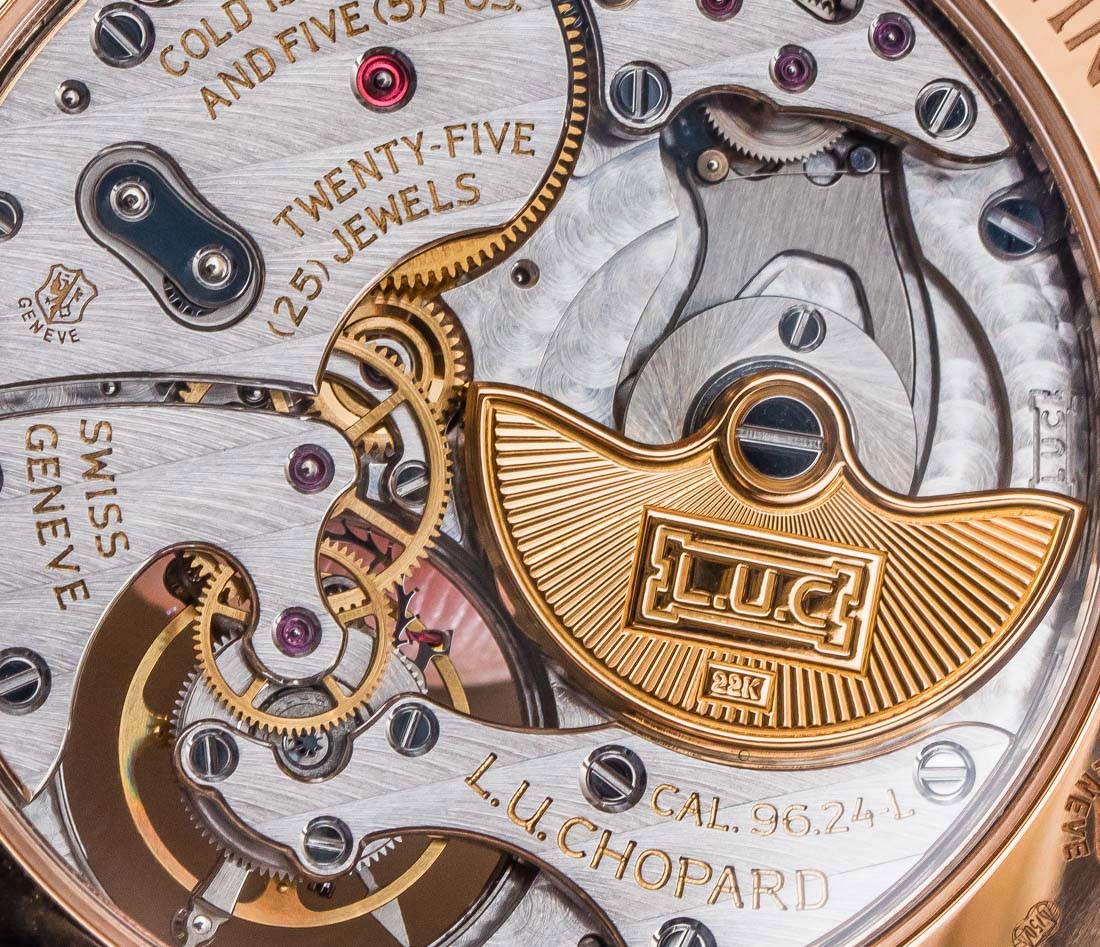 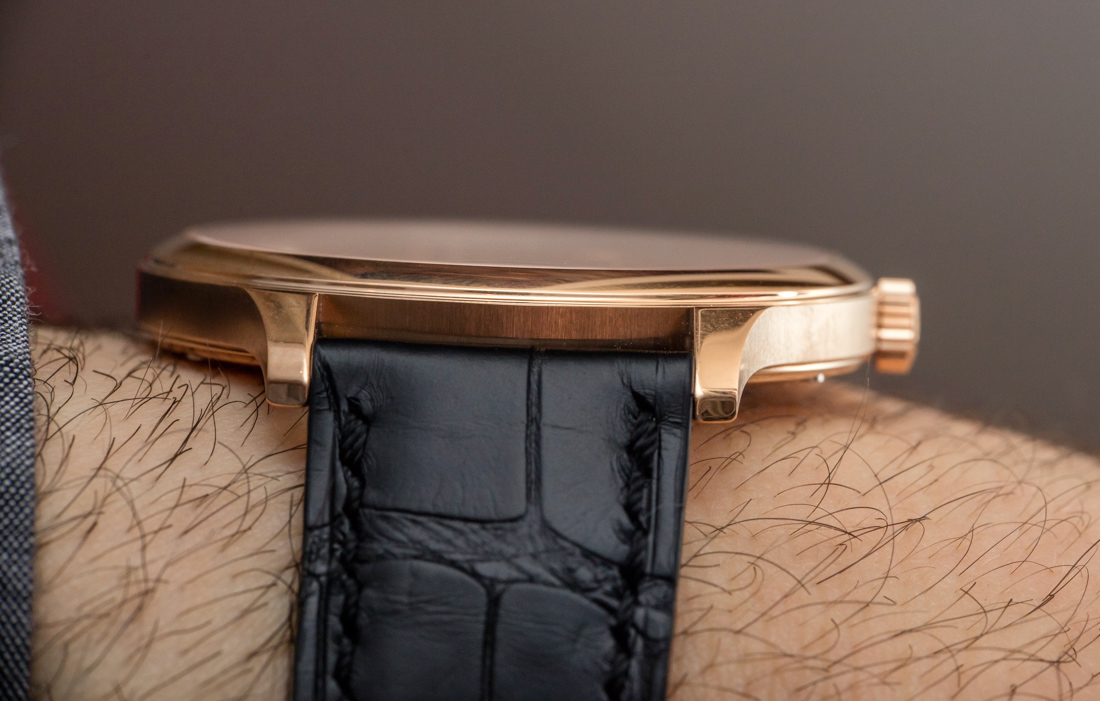 As a result, the Chopard L.U.C Flying T Twin is just 7.2mm thick, all cased up. Not record-thin by any stretch of the imagination, but thin enough for it to be a proper dress watch. A diameter of 40mm further emphasizes its focus on elegance — as do those typical L.U.C-style hands that have, at this point, become an essential element to any watch from Chopard’s high-end collection. The case is crafted from 18kt Fairmined gold — something, as far as I can tell, exclusive to Chopard. At a time when WWF condemned the luxury watch industry’s practices and lack of transparency in their ways of (not-)dealing with climate change and sourcing their gold from sustainable sources, every effort counts — and Chopard has been among a handful to try and better these practices, even if just for limited collections. I asked Chopard about this back at BaselWorld and they said they are already fully utilizing the available (extremely limited) number of Fairmined certified mines. 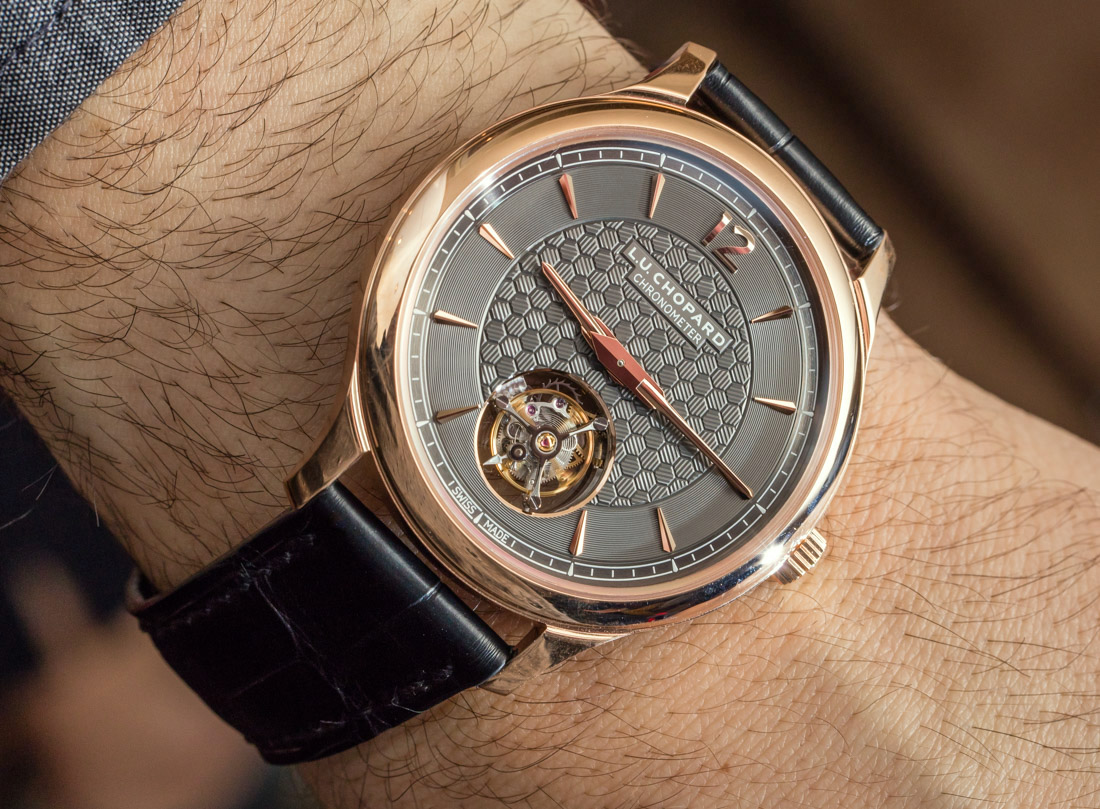 If it is sheer complexity that you are after, for the same (eye-watering) amount, you can pick up the Chopard L.U.C Perpetual Chronograph with 455 parts, as opposed to the 190 in this Flying T Twin. However, if it is this flying tourbillon that floats your boat — I’ll certainly have no hardship seeing why. Priced at $118,500, the Chopard L.U.C Flying T Twin stands out for its spot-on dress watch style, thin profile, beautiful, yet capable caliber, guilloché dial, Fairmined gold case — and, well, its price. You can learn more about Chopard L.U.C on the manufacture’s website here.