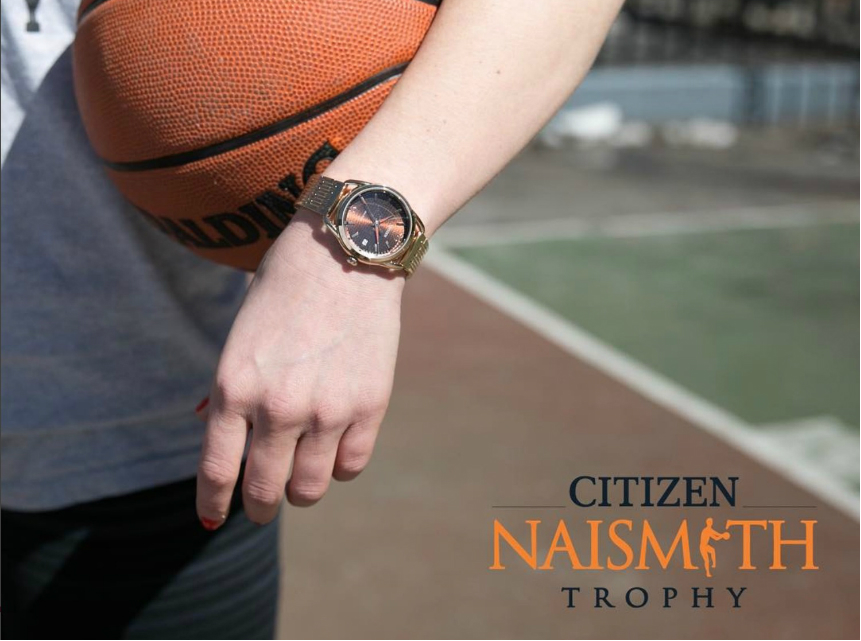 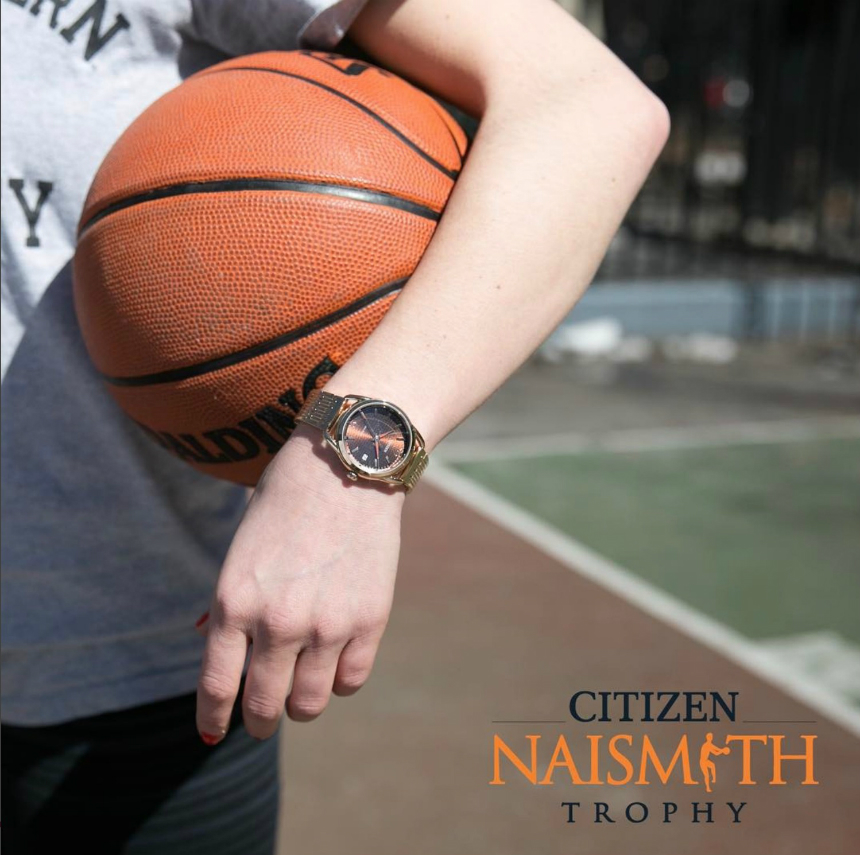 Citizen Watch Company is pleased to announce our newest partnership as the official title sponsor of the Naismith College Player of the Year Awards, annually honoring the most outstanding NCAA basketball players for both women and men. The Naismith Trophy, named in honor of Dr. James Naismith, inventor of the game of basketball, has been presented since 1969. The Citizen Watch Naismith Trophy will focus on the top players in a series of Naismith “watch” announcements tipping off with a 50-players-to-watch list, followed by the 30-player mid-season team, 10 national semifinalists, four finalists, and finally, the winner. 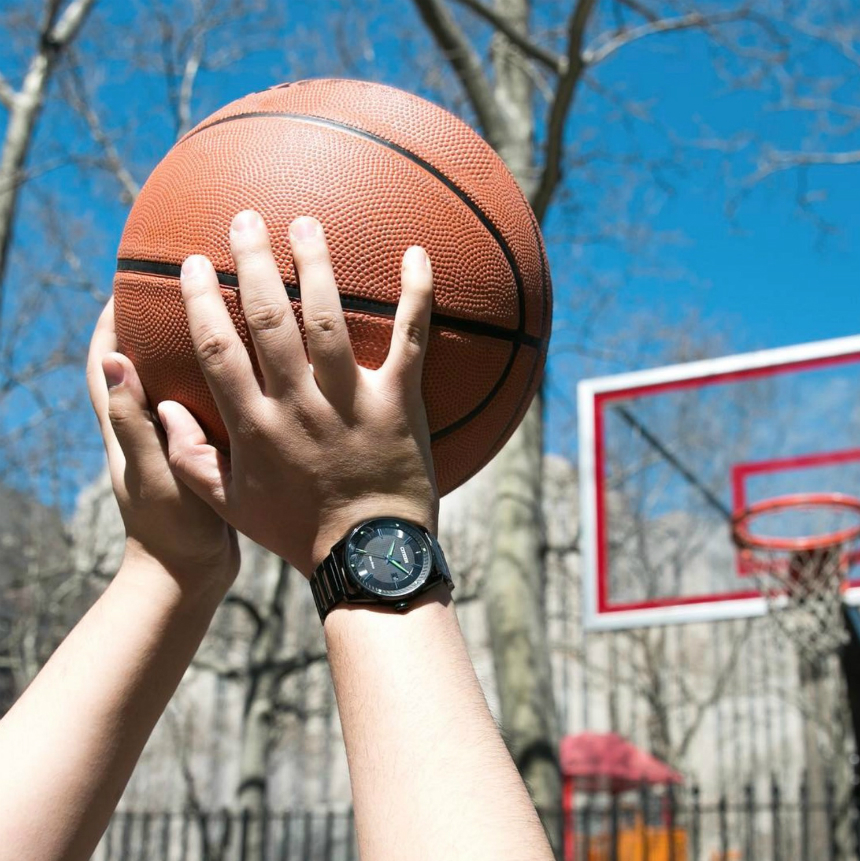 Citizen, one of the world’s largest watchmakers and a universal leader in cutting edge technology strategically chose this collaboration to appeal to our young demographic. The brand typically connects to this audience through celebration of exceptional life achievements, like graduation, which highlight personal growth and self-improvement. As a producer of high-end quality watches that accentuate superior performance, unparalleled technology, and prestige, Citizen’s core values match the attributes of the Naismith Trophy winners who exuberate self-empowerment. 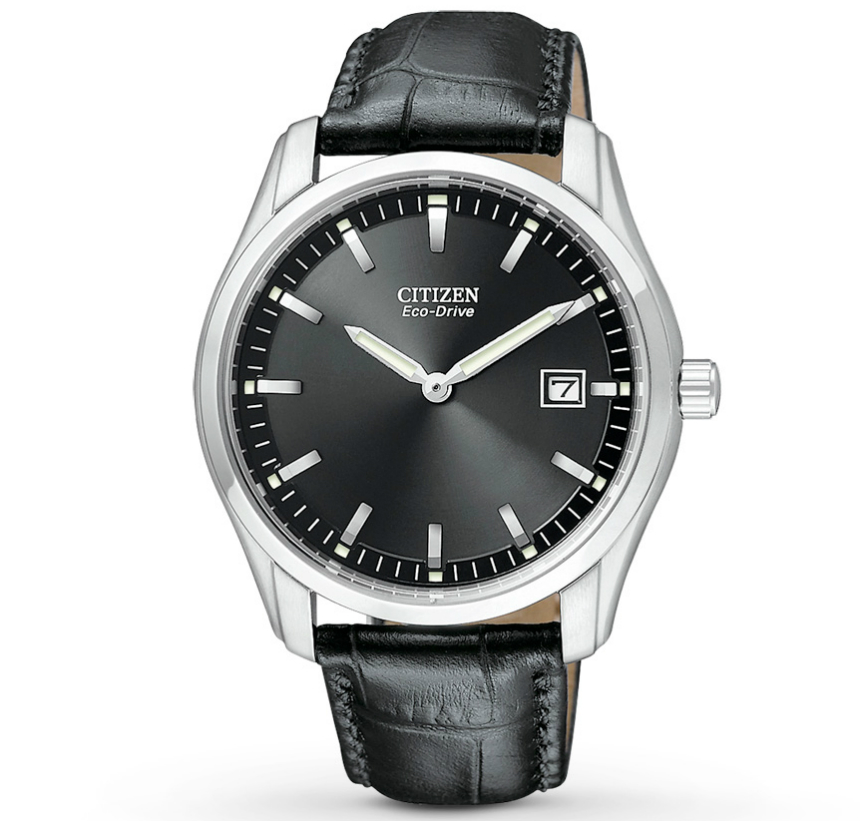 Exciting for both basketball and watch fans, the brand hopes to integrate this partnership into a collection of watches that commemorate the trophy, the honorees, the message and of course Dr. James Naismith, himself. 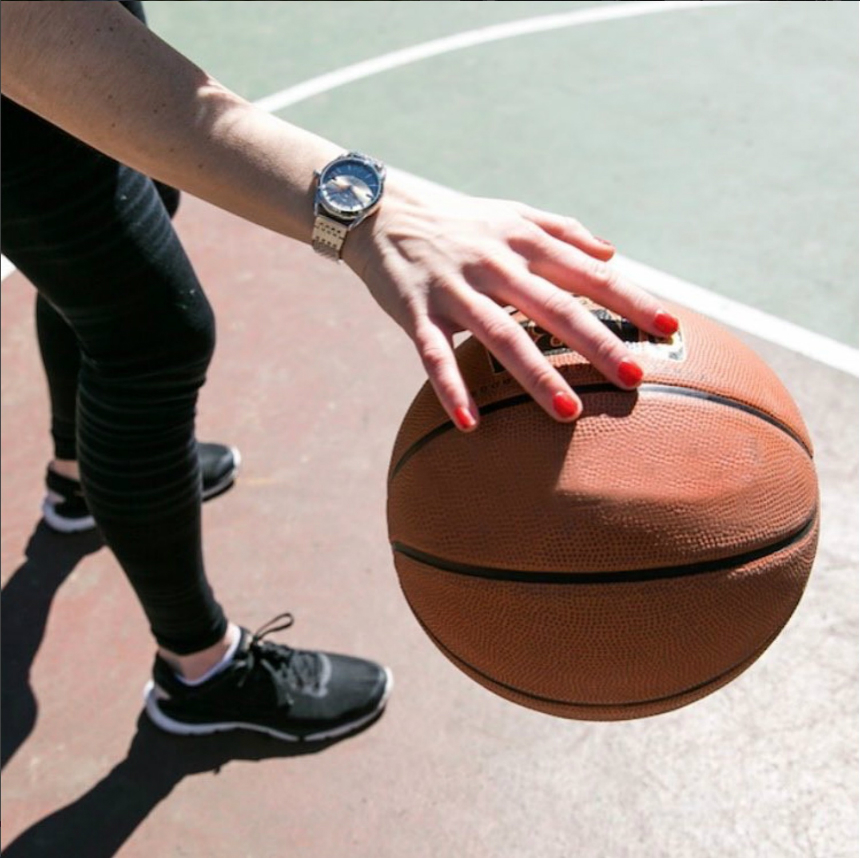 “Citizen is a brand that currently supports young students with academic scholarships through its corporate sponsorship of the National Merit Scholarship Foundation,” said Eric Horowitz, U.S. Managing Director of Citizen Watch. “Citizen is proud now to extend its connection to college students with the Citizen Naismith Trophy Award recognizing the impressive efforts of college athletes and rewarding their sacrifices and work both on and off the court. We are happy to be partnering with such a wonderful organization and hope to create together many moments that will further our common interest and passion in advancing the goals of college student athletes.” 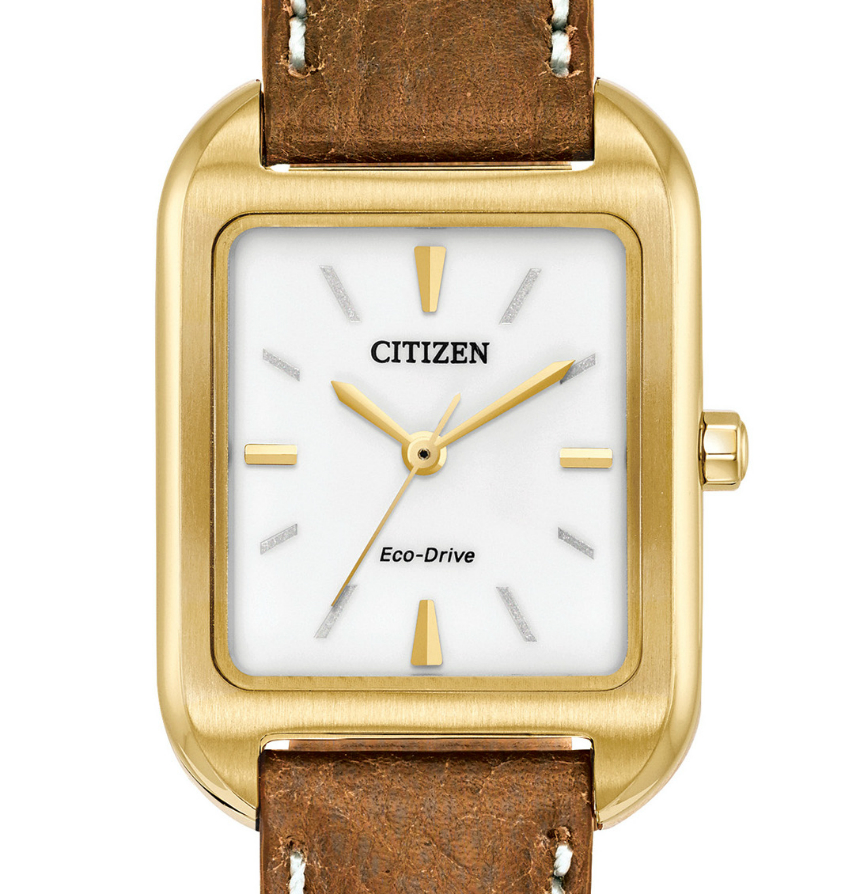 This collaboration will boost Citizen’s profile with college students and young adults who recognize the brand for its “powered by light” technology. This demographic idolizes the simplicity of the Eco-Drive timepieces that allow them to focus on self-development rather than worrying about their watch battery lifespan. Starting at $165, the collection is an ideal price for this group of young consumers. 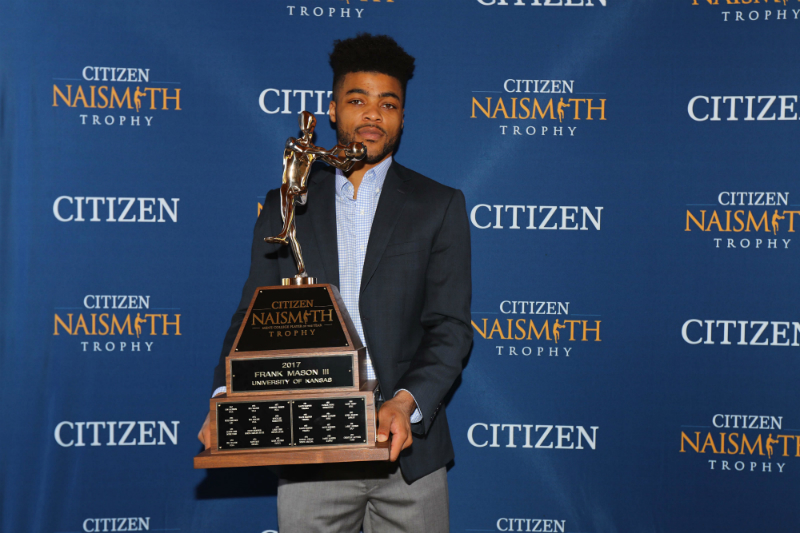 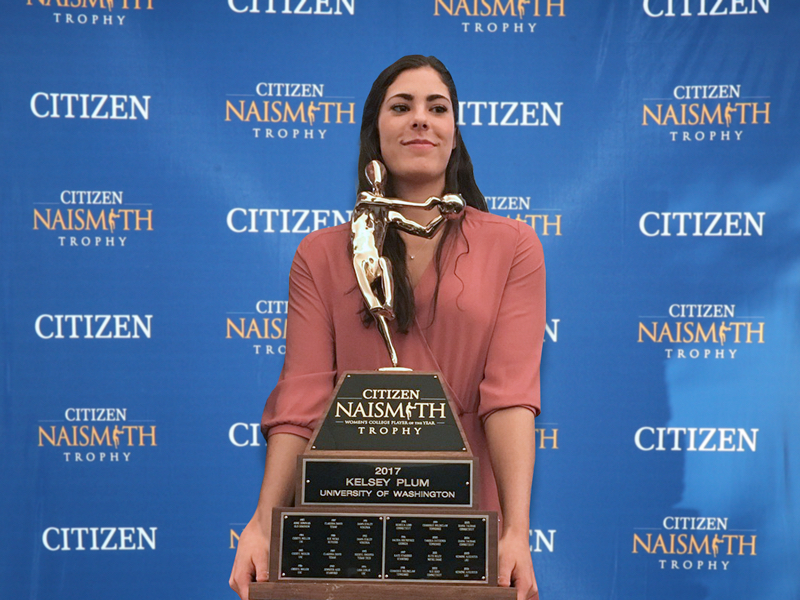 Frank Mason III, the 5-foot-11 guard, joins Danny Manning (1988) as the only two Citizen Naismith Trophy recipients from Kansas. Mason, who will graduate from Kansas with a liberal arts and science degree in May 2017, became the first player in Big 12 and Kansas history to average 20.0 points and 5.0 assists per game for a season. Kelsey Plum is the all-time leading scorer in NCAA Division I women’s basketball history. 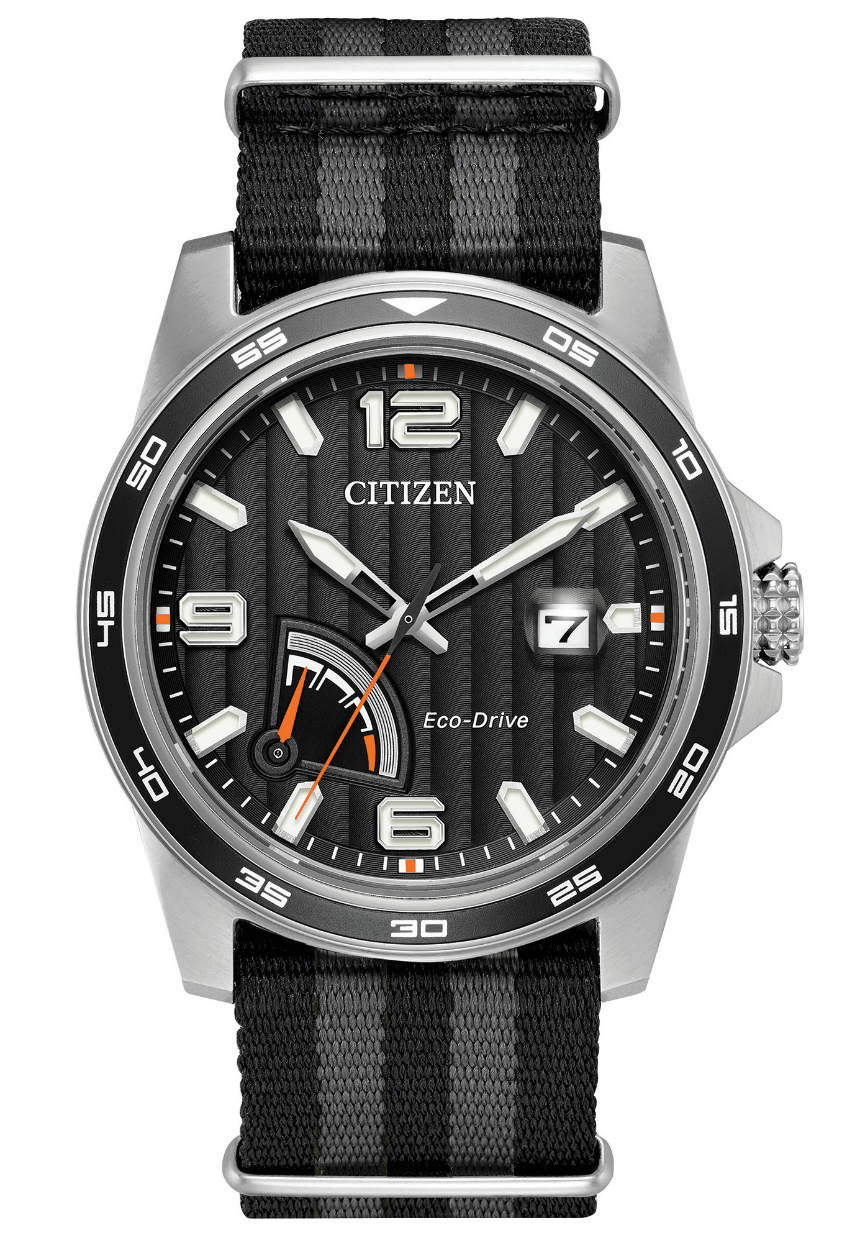 They were chosen by the Atlanta Tipoff Club’s national voting academy comprised of leading journalists from around the country, current and former head coaches, former award winners, and conference commissioners, who base their selections on outstanding on-court performances during the 2016-17 college basketball season, and by fans, who were eligible to vote. You can learn more about the partnership here and learn more about Citizen Eco-Drive watches here.