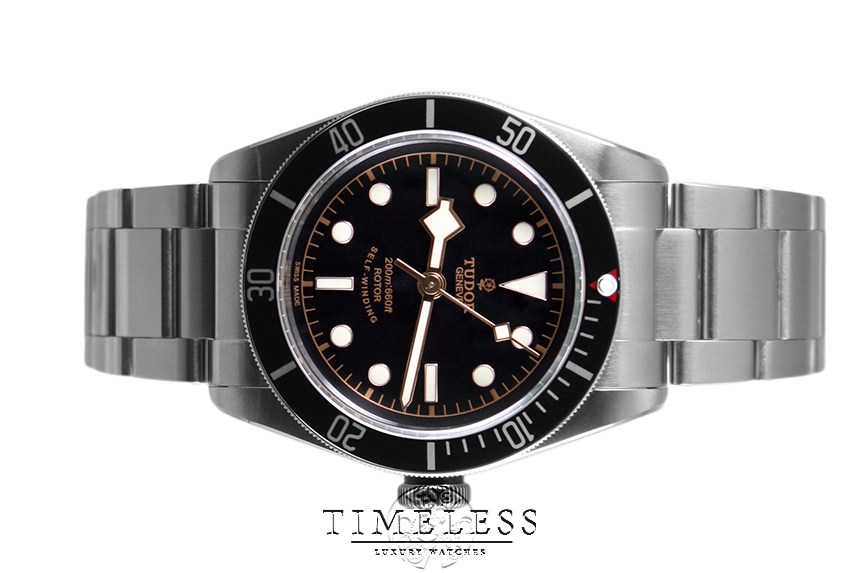 Tudor’s Black Bay is, without doubt, the most popular model that the brand has created in its modern existence. It’s easy to see why: it’s a greatest hits compilation of every iconic dive watch Tudor has ever made and the Tudor Black Bay “Classic” proves to be the most interesting variant. It took elements from past Tudors including the dial, the hands, the bezel and more to create what is, in effect, the ultimate Tudor. 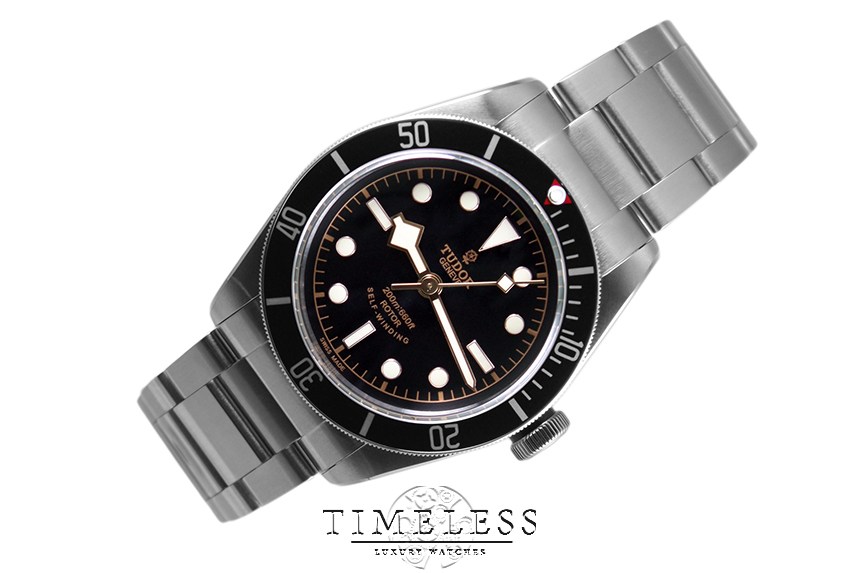 Originally there was just one Black Bay, the Red, but the collection was expanded to include a blue bezel option. The original Black Bay lineup was rounded out, practically at the last minute, by this Black Bay Black, which has been the most desirable of the three. 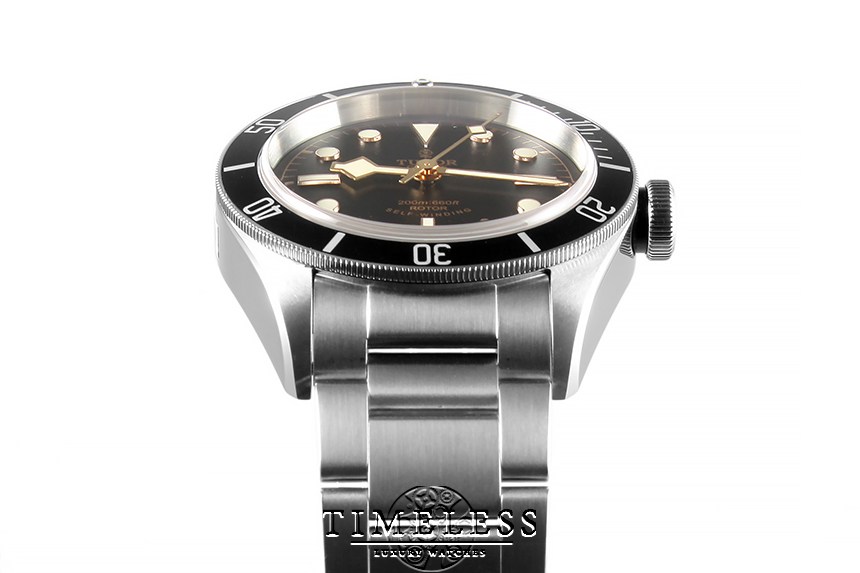 But the life of the original Black Bay Black was an unusually short one. Less than half a year later, Tudor completely overhauled the Black Bay line, ceasing production of the very young Black Bay Black, which we’ve come to call the “Classic” here at Timeless to differentiate it from the newer model. 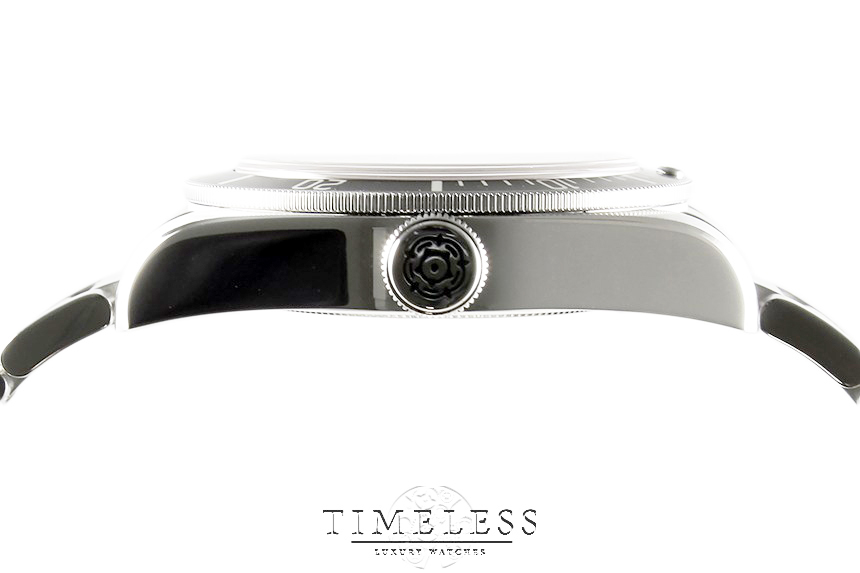 As a result, the Black Bay Black is, by far, the rarest modern Tudor, and that’s not gone unnoticed in a brand that has become a favorite among collectors.

Just how few Black Bay Black Classics are there? It’s impossible for us to say, but we do know that the Classic version was released in October 2015, and the new “2.0” version was announced at Baselworld ’16 – about 5 months later. It can be safely assumed that March, at the latest, was probably the end of Classic production as Tudor switched to the 2.0, so it, in all probability, was made for less than one half of one year. That’s quite an unusual run in a market where the same watch can be, and often is, produced for a decade or longer. 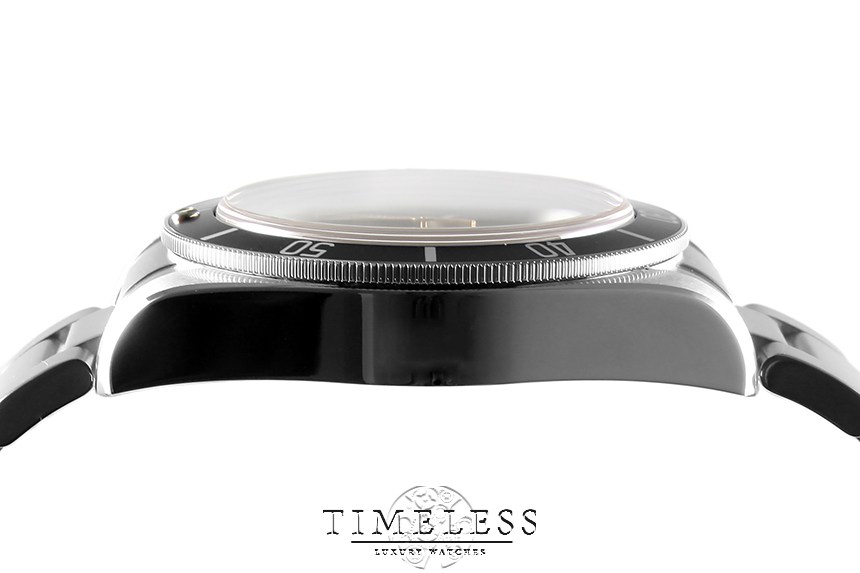 While the Black Bay Black Classic and 2.0 are very similar models, you need not be an elite collector to differentiate the two. The easiest way to tell the difference is found on the dial and in the bracelet (if it happens to be equipped with the original bracelet, at any rate). 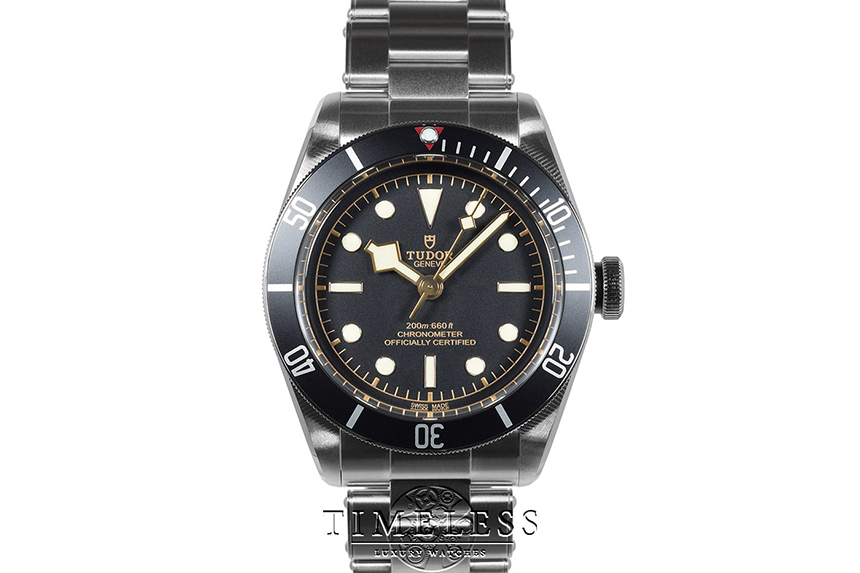 This is the Black Bay Black 2.0, the successor. It looks quite similar, but take a closer look at the text and the differences will become obvious. 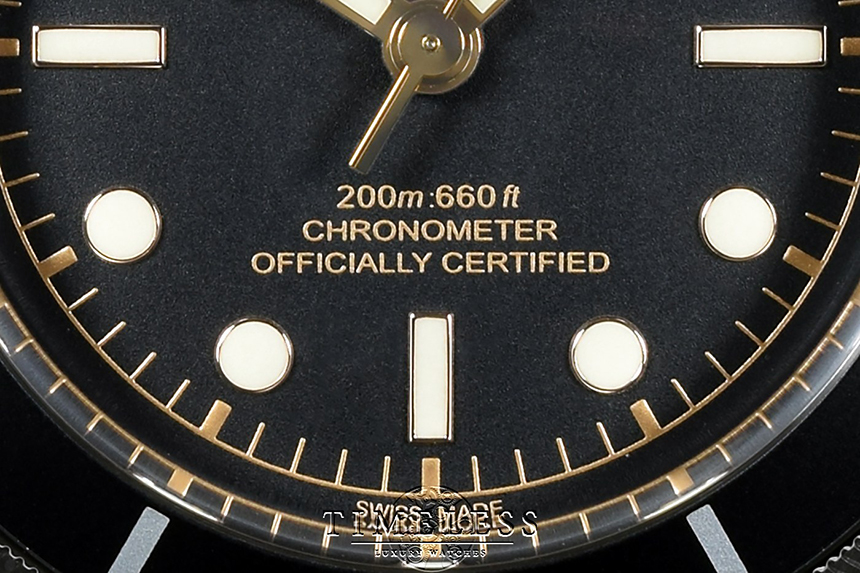 For starters, the ROTOR and semi-circular SELF-WINDING text has been removed in favor of the CHRONOMETER OFFICIALLY CERTIFIED linear text. 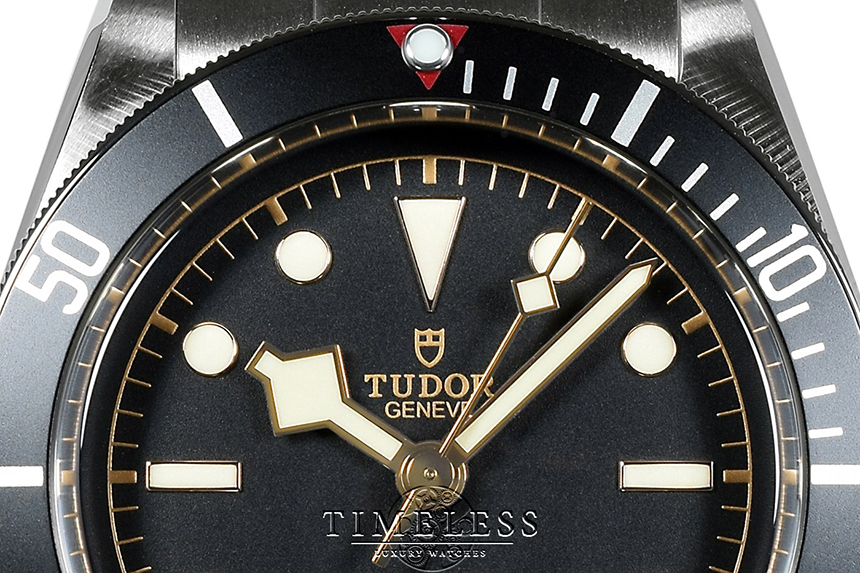 While this annoyed more than a few Tudor collectors, the dial change that was the most divisive was easily the switch from the Rose logo, which in modern Tudor is associated with vintage watches, to the Shield logo. 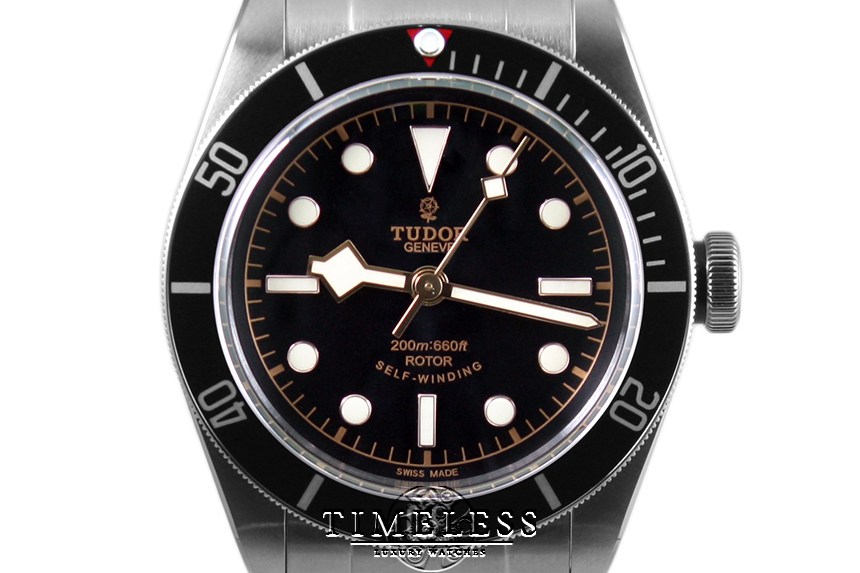 Returning to the Classic, we can now easily differentiate the two with the logo and text near 6:00, but these are hardly the only differences. 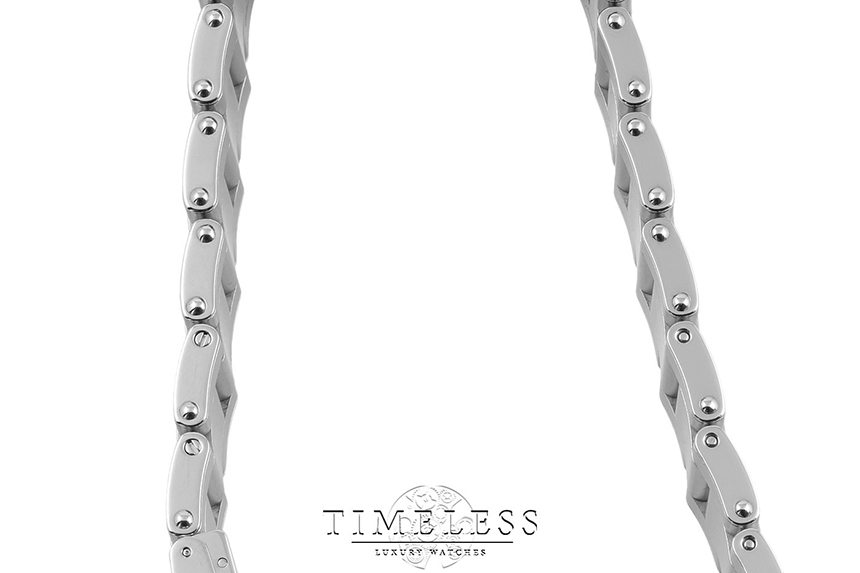 Here’s the bracelet on the 2.0 model. This has quite an unusual alteration to the original Classic’s bracelet, namely that it has added rivets, a design decision that has become somewhat divisive among fans of the Black Bay. 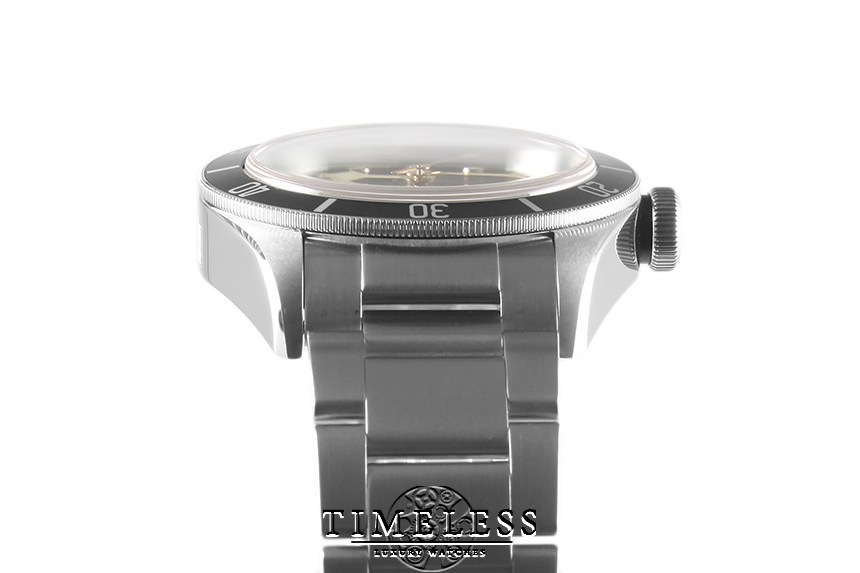 The Classic, conversely, uses a much simpler, more conventional bracelet that is universally accepted among fans. 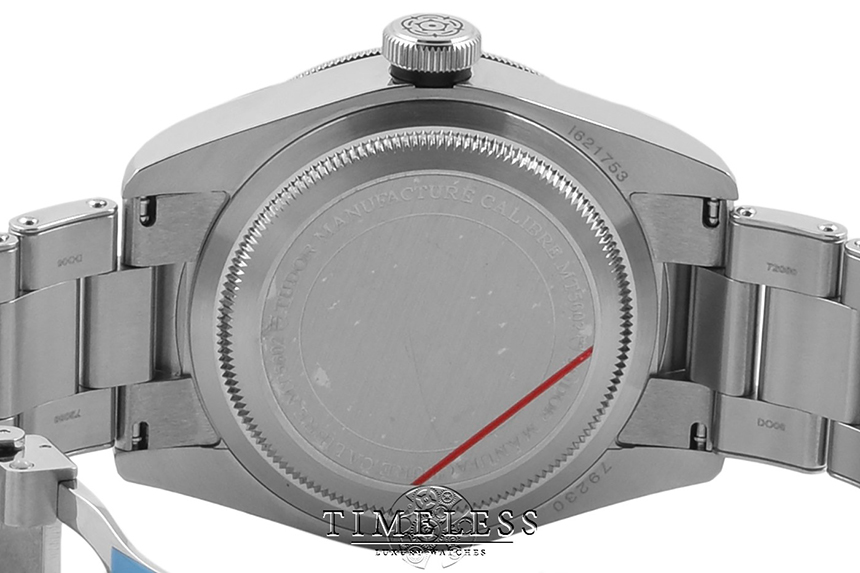 Lastly, we look at the case back of the 2.0, where you can subtly find MANUFACTURE CALIBRE engraved. 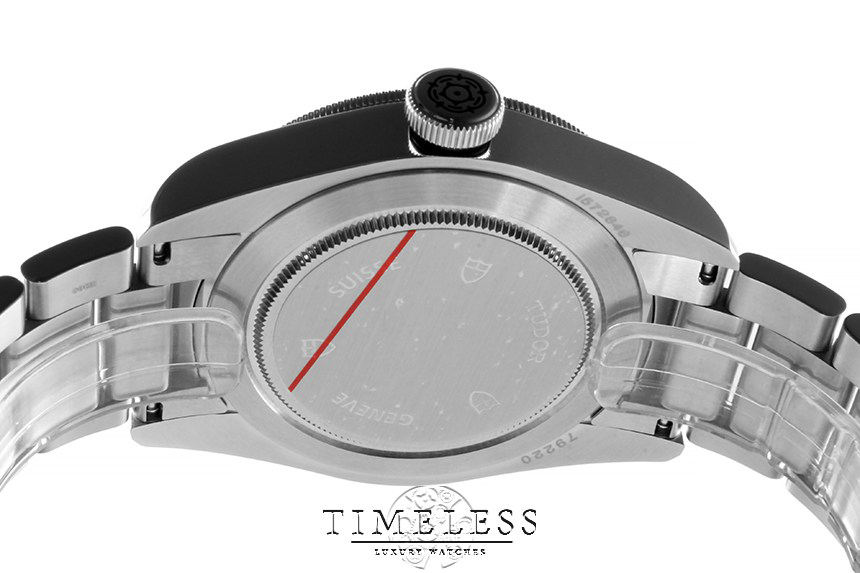 Naturally, the Classic lacks this and has a case back that is, well, more classic.

To simplify the differences, then, it can be fairly said that the Classic is the more vintage-styled of the two, with the 2.0 taking on a slightly more contemporary look (bracelet aside). There are other differences, of course, but these are the easiest to spot. Now you too, seasoned Tudor collector or not, can easily differentiate between each.

Being active participants in the watch collector community ourselves, we anticipated that many fans would prefer the original, if not for its stylistic differences, then for its rarity. 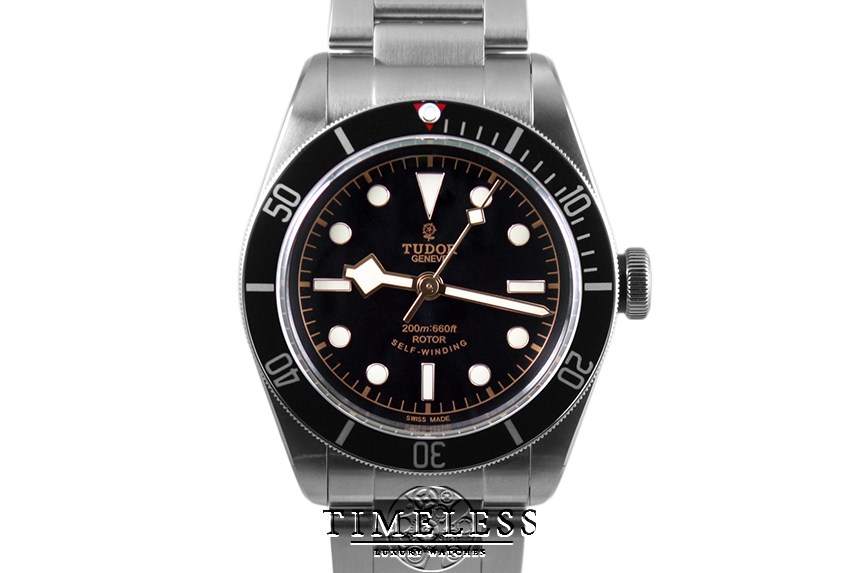 Despite preparing our inventory for the sudden uptick in demand, this is all that remains. That’s not particularly surprising, of course. The original Black Bay Black sold incredibly quickly even before people knew it was vanishing. 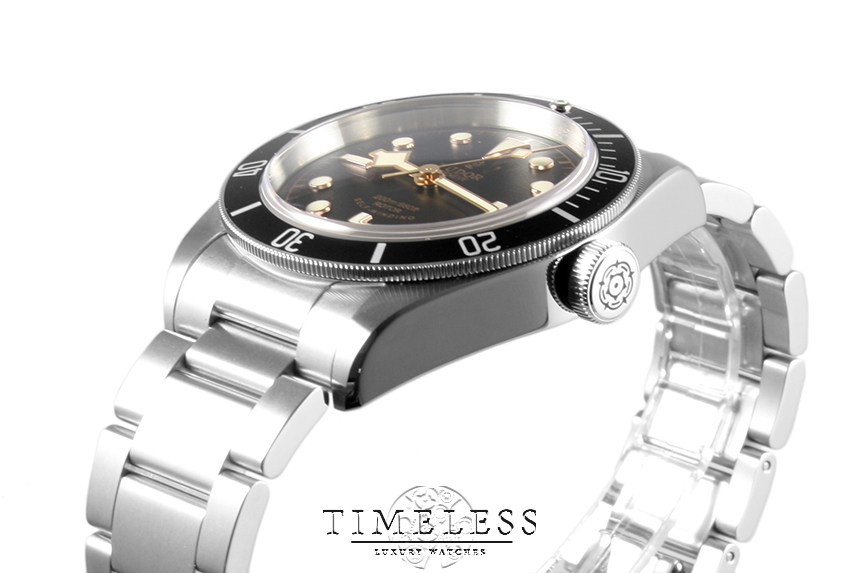 While at the moment you can still buy a brand new Black Bay Black Classic, that time is rapidly disappearing and many dealers are already sold out. It will always be available pre-owned, of course, but it is not at all unlikely that a used one will cost more than a new one at some point in the future.

Please give us a call if you’re interested in acquiring one of these great watches. Not only do we still have some remaining, we’re offering an extra year of warranty for free on all of our new watches until January 1st, so this is a particularly enticing time to pick up the most iconic modern Tudor yet. timelessluxwatches.com