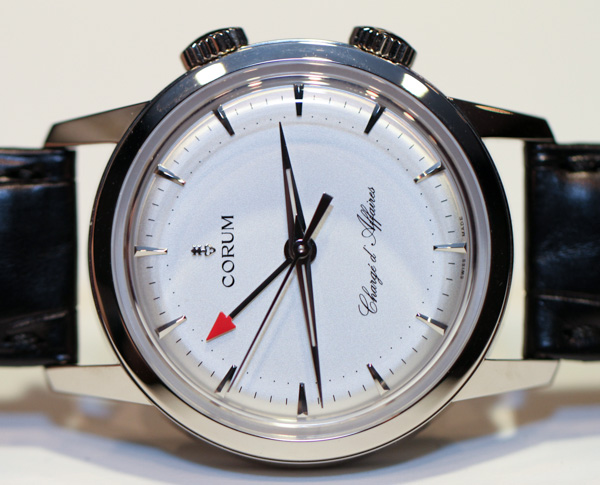 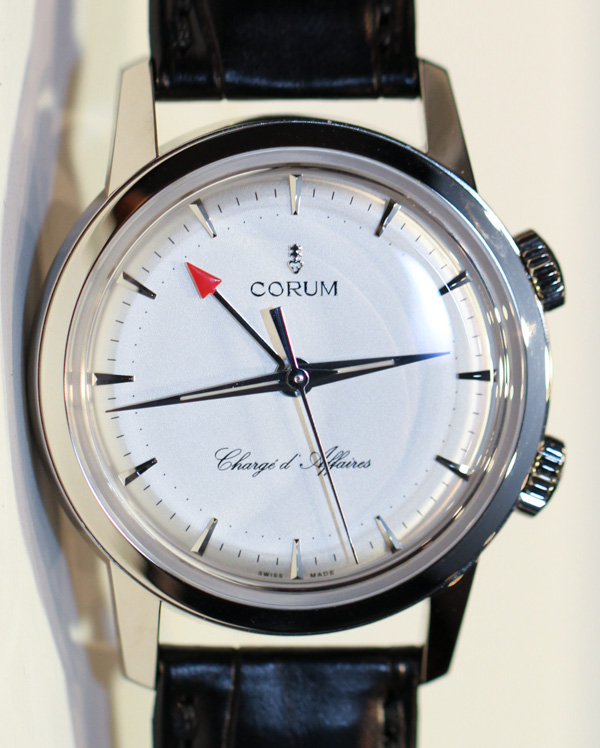 Recently Corum formally announced their limited edition Chargé d’Affaires set of watches as the newest piece in their Heritage collection. This is a piece perfect for vintage lovers. What Corum essentially does is modernize the design of an actual watch from the 1950s, but uses the exact same movement that the original had – only produced with modern technology.

At 38mm wide, the modern Chargé d’Affaires isn’t a huge piece but of course it is larger than the original watch. The name of the piece is interesting as it shows that even then, Swiss watch brands tried to imbue personality into their watches by suggesting the type of person that would wear them. “Chargé d’Affaires” is the French term for a sort of diplomat, or something in that position. Putting the name of the watch right on the dial seemed a good idea. I wish more brands did that today. At least Rolex still does. In fact, for a lot of watches, there is no mention at all on the watch of what the model is. Isn’t that sort of weird? 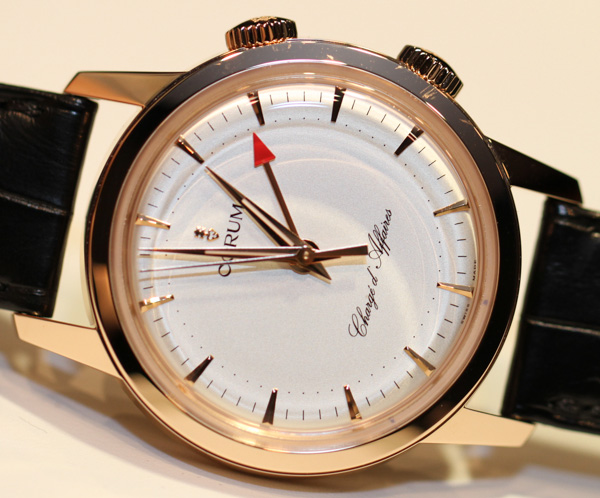 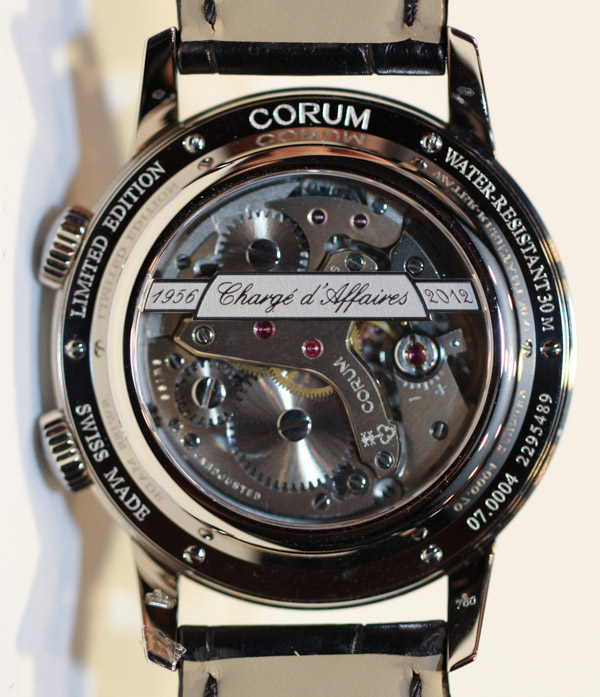 The original Chargé d’Affaires was released in 1956 using an A. Schild caliber 1475 manually wound movement. A. Schild movements aren’t really made anymore, but are considered pretty good vintage movements and are often restored today. The caliber 1475 is faithfully reproduced for the Chargé d’Affaires of today. Back in 1956 it was the very first alarm watch produced by Corum. Today Corum calls the movement their caliber CO 286.

Mechanical alarm watches are a sort of interesting thing. Today they are largely obsolete for a range of reasons, but are still interesting. Their biggest drawback is that they use a separate mainspring barrel for the alarm to buzz. It totally winds down the spring on each use. So you need to remember to fully wind it after each use or the alarm won’t go off again. The sound they make is also sort of iconic and amusing. They literally buzz and vibrate. Put it on a little table next to your bed for example you’d hear this rapid vibration sound as your watch jittered around on the table top. In this watch, the alarm buzzes for about 12 seconds. 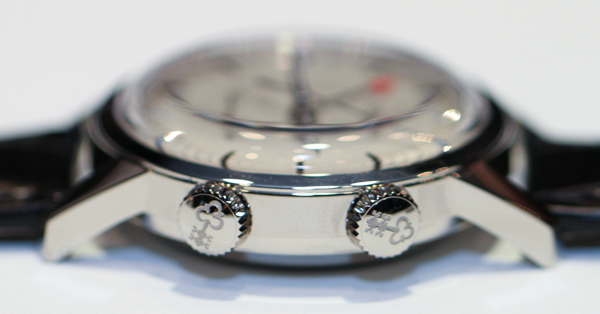 The second crown is of course used to set, wind, and activate the alarm. The alarm is set using the red arrow-tipped fourth hand on the dial. It isn’t ultra precise, but you can more or less set it to the nearest 3-5 minute time. Today mechanical alarm watches provide nostalgia and fun, but I don’t think I would recommend relying on one. Your phone has a world of advantages over something like this.

You can view the movement through the rear of the watch which is nice. I like the little “ribbon” across the movement honoring the collection going back to 1956. On the wrist the design is traditional and attractive. Retro lovers will fawn over the design with its mix of elegance and function – as was common at the time. By this I mean the use of lume in the hands and the relative thickness of the bezel that said “this isn’t a dress watch!” Though of course it looks dressy by today’s standards. 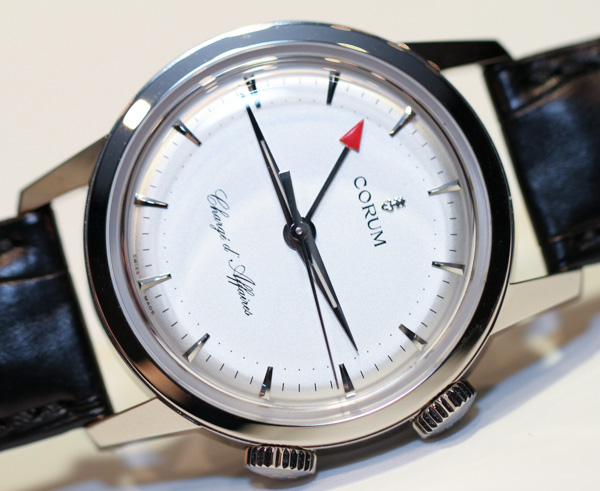 Corum is only producing a limited number of the modern Chargé d’Affaires alarm watches and only in precious metal cases. There will be two versions – both of which again will be in 38mm wide cases. Corum will produce 200 pieces total with 150 pieces being offered in 18k gold on a black alligator strap, and 50 pieces in 18k white gold. Price is right around $20,000. corum.ch