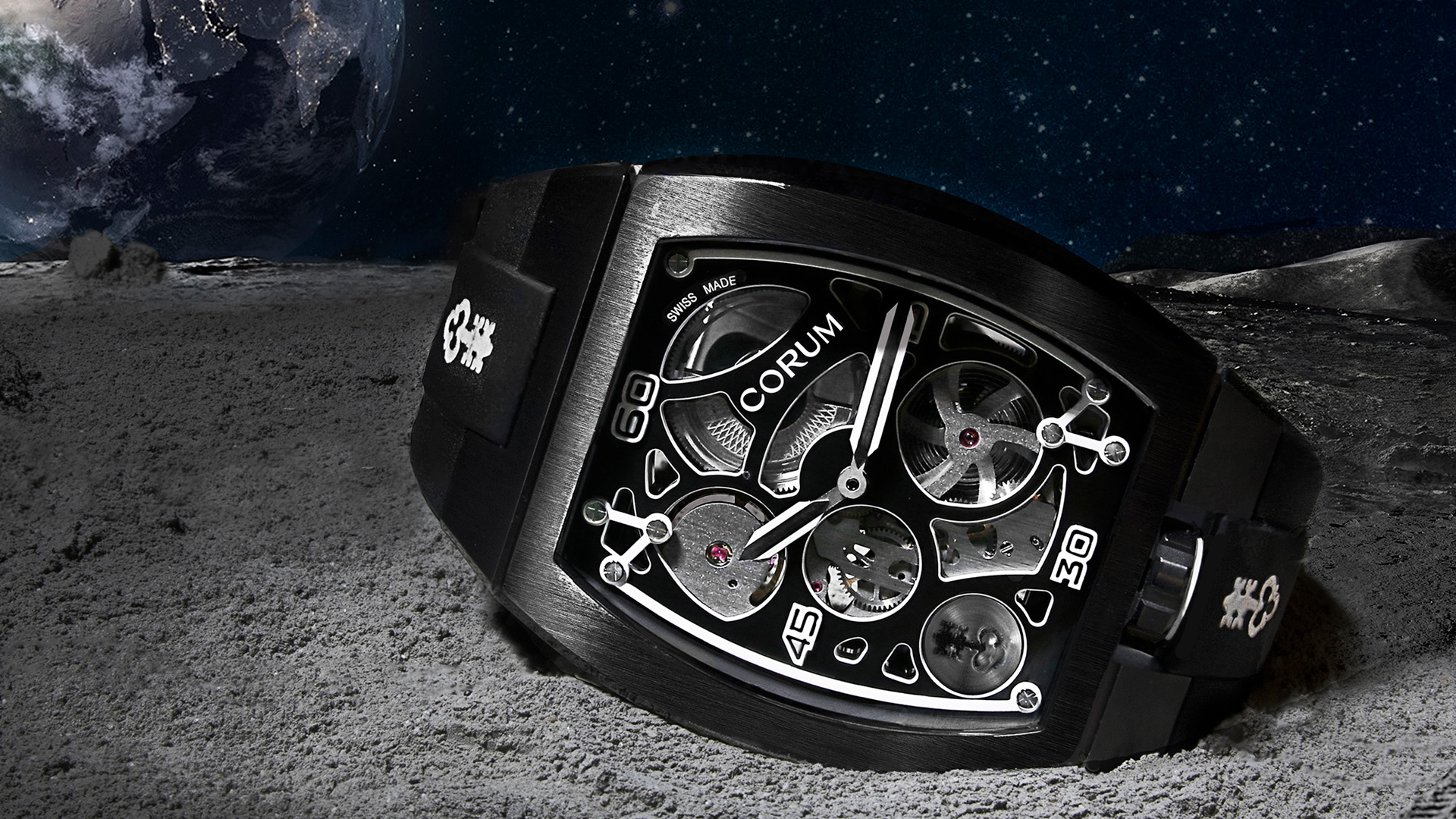 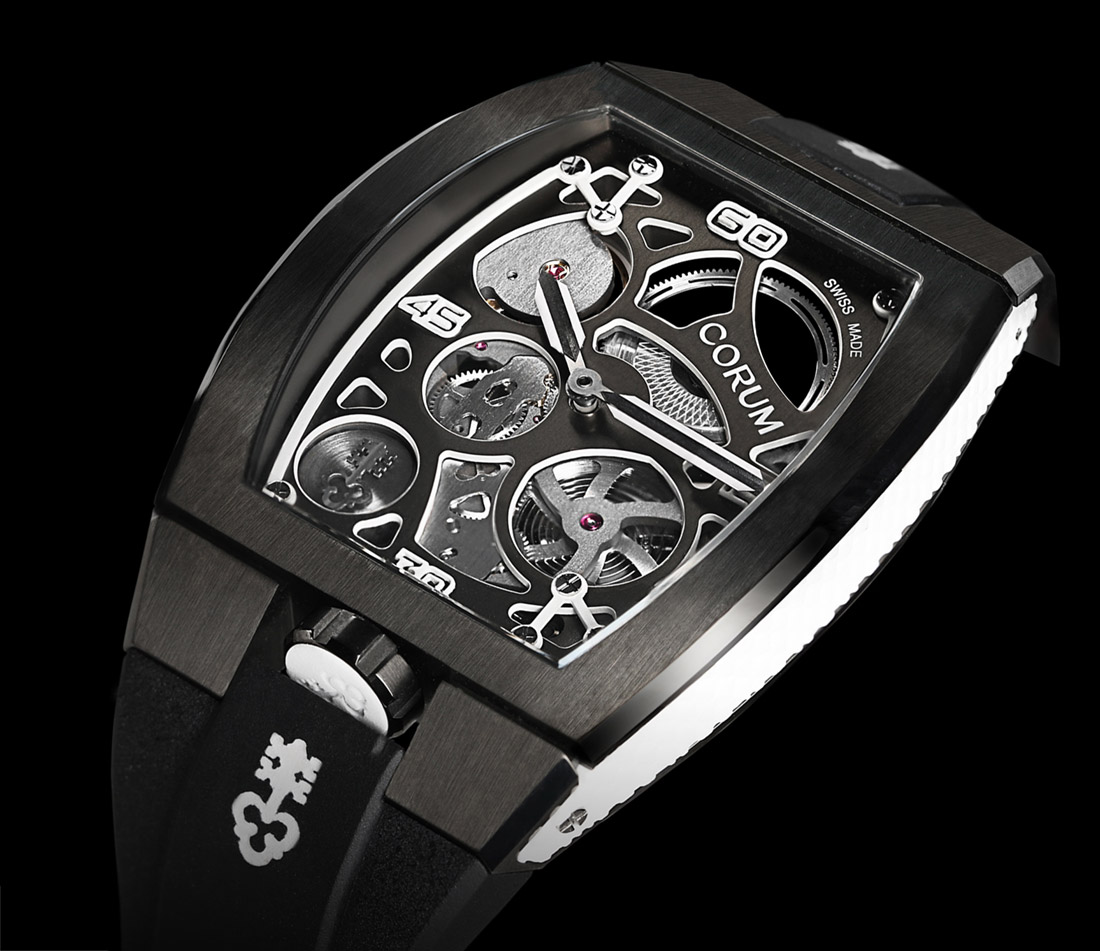 Watch brands today are often criticized for not being innovative, not being daring, and for clinging on to the past instead of looking to the future. Sadly, there is some truth to this, especially when you consider the trend of vintage-inspired watches which is still going strong. It’s great that brands are respecting and paying tribute to their history but there is a fine line between reverence and being lazy. Forgive me, I digress. We certainly can’t say that Corum isn’t trying new things with the new Heritage Corum Lab 01 watches. 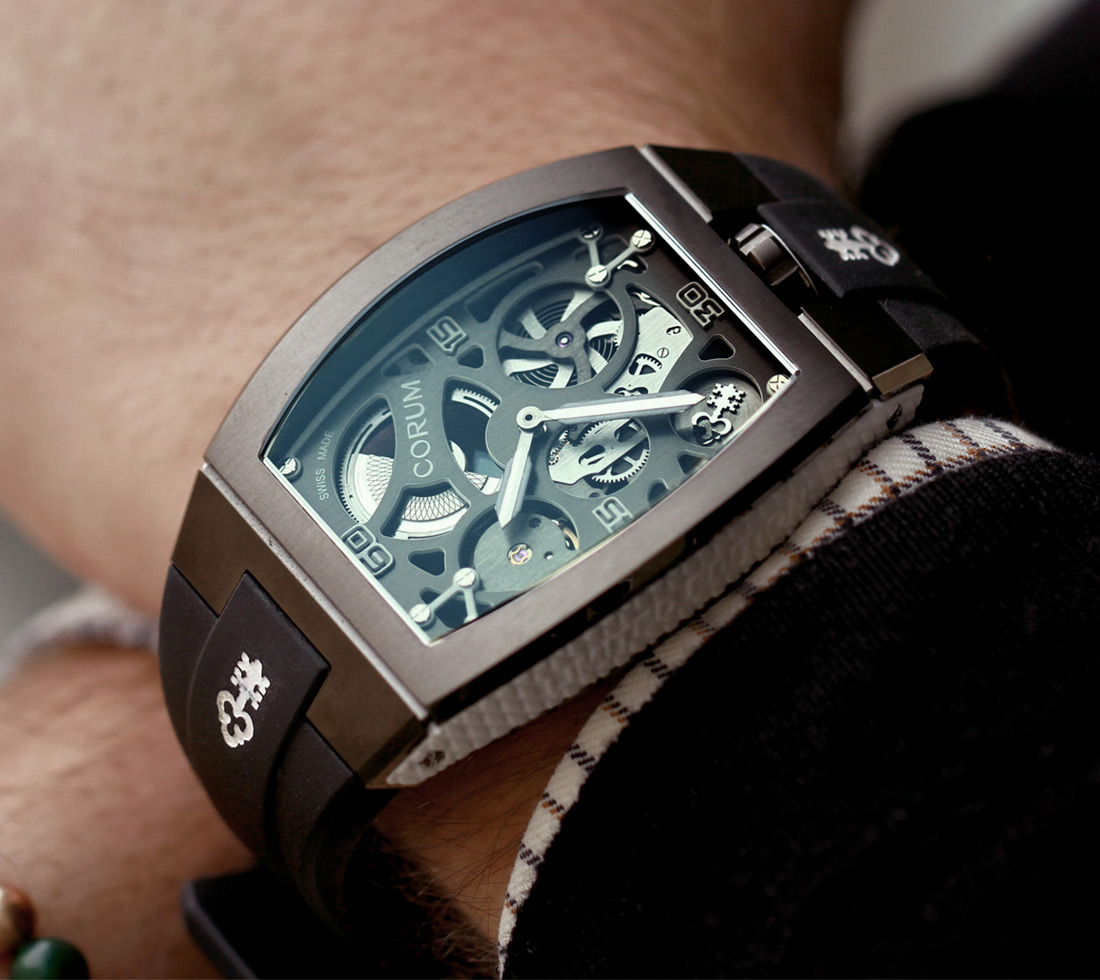 The Heritage Corum Lab 01 marks the debut of the brand’s new Lab collection, a line that was conceived to experiment with new watch designs and philosophies. This move is critical for the brand as it tries to reinvent itself and shake free from its image of being known simply for the Golden Bridge, and to a lesser extent, the Bubble and Admiral watches. This new collection will be notable not only for its unorthodox designs but also for its technical features. 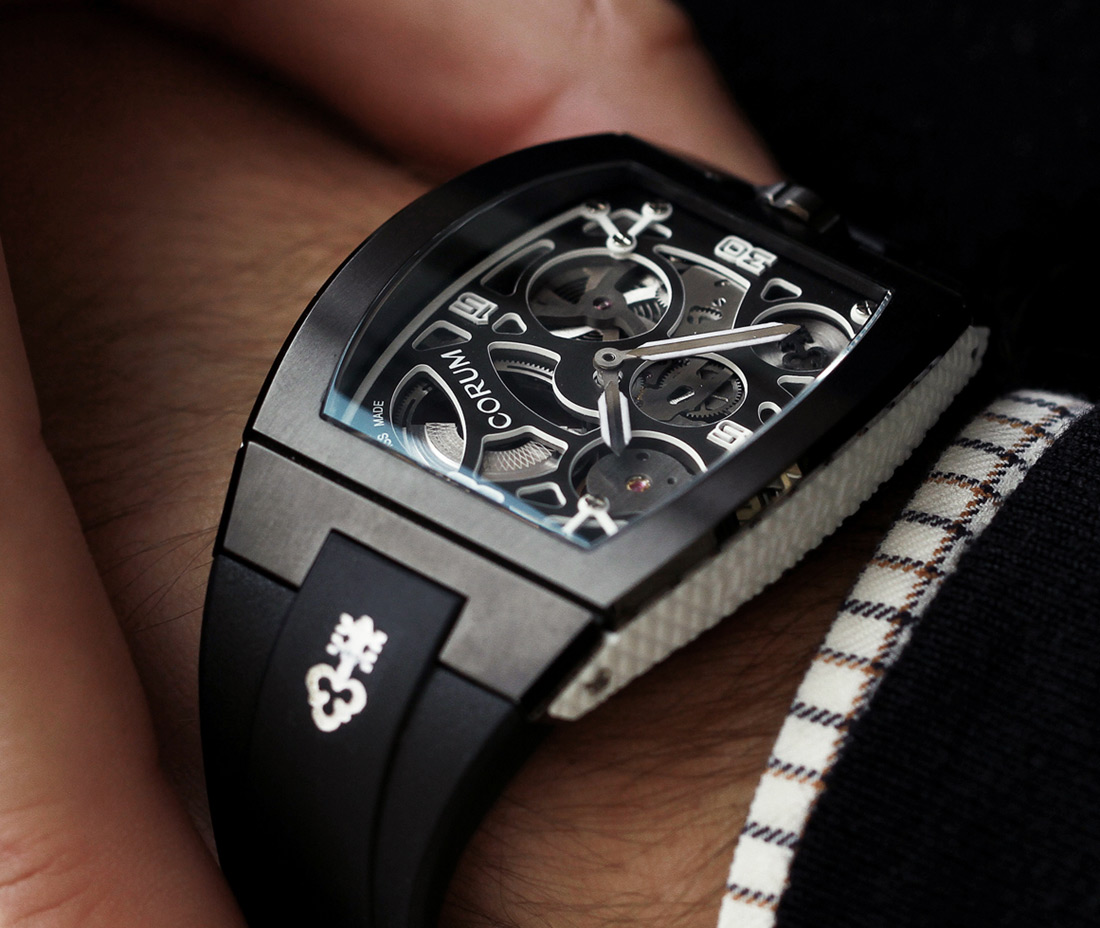 Since the Lab collection is all about being different and pushing boundaries, it should come as no surprise that the Corum Heritage Lab 01 comes not in a typical round case but in a barrel-shaped one. There are two variants of the Heritage Corum Lab 01. Both have the same case and movement and only differ slightly in the accents on the dial. 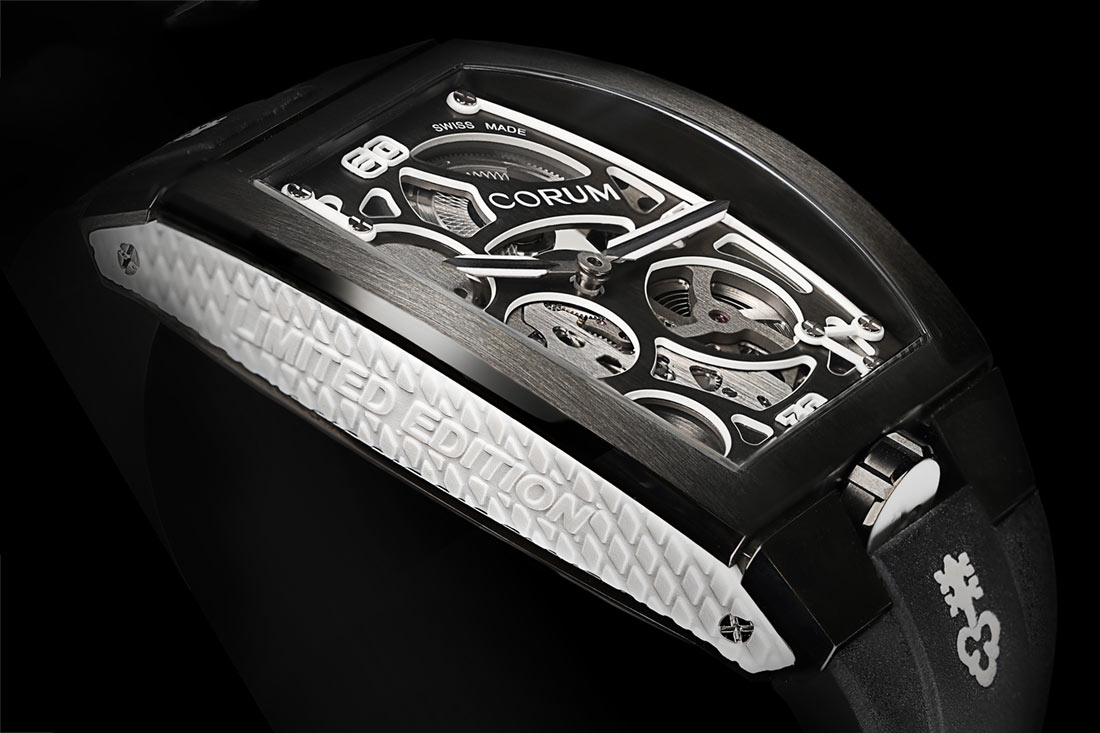 The barrel-shaped case measures 39.89mm by 55mm and it is reasonably thin at 11.75mm. The case is made out of grade 5 titanium with the case sides covered in rubber. The crown, also made out of titanium and inlaid with rubber, is positioned at 6 o’clock, which gives the case a clean profile. The watches come with rubber straps and titanium buckles. Water resistance is rated at 50 meters. 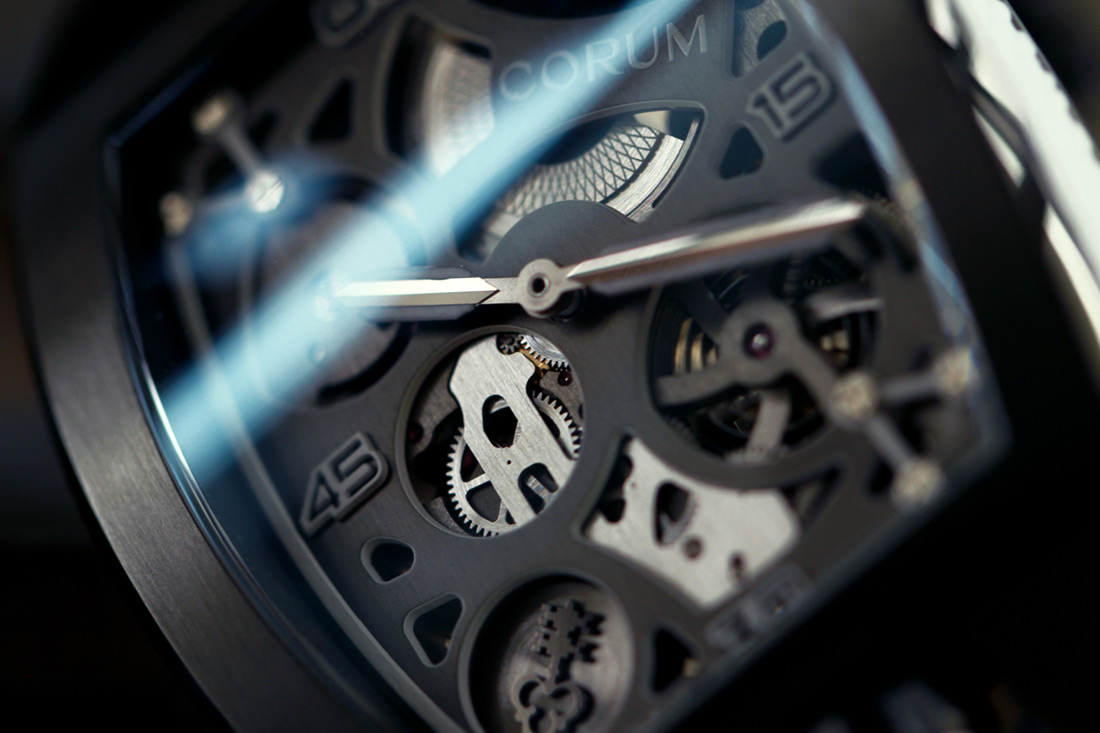 Underneath the sapphire crystal is an open-worked dial, which gives owners a good view of the inner workings of the watch. The movement within is unique because it is a “shaped movement.” In other words, the movement has been specially designed so that it fits the case. Most brands don’t go through all that trouble because it limits the options for where the movement can be used – a movement such as this can’t go into a typical round watch. 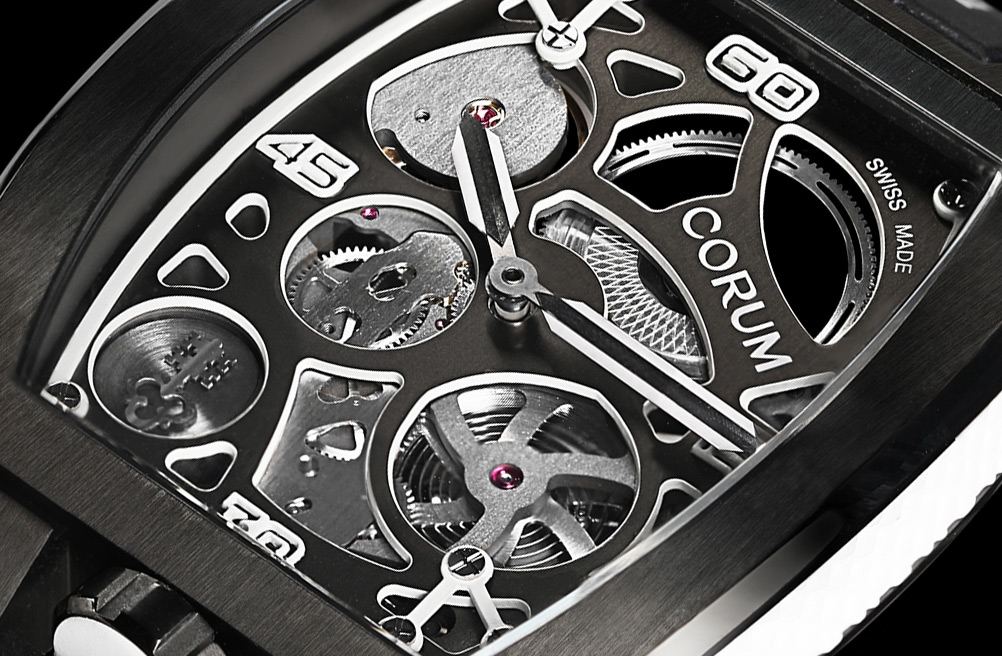 Specifically, the movement within is what Corum calls the calibre CO 410. It is a self-winding micro-rotor movement, and the rotor itself can be seen on the top right corner on the dial side. The rotor has been given a spiral finish so that it creates a more pronounced spinning effect when it is worn on the wrist. Just below the rotor, one can also see the single mainspring. Power reserve is about 50 hours and the movement beats at a very modern 4Hz. As I mentioned earlier, there are two variants of the Corum Lab 01 – one has red accents on the dial, the other has white accents. 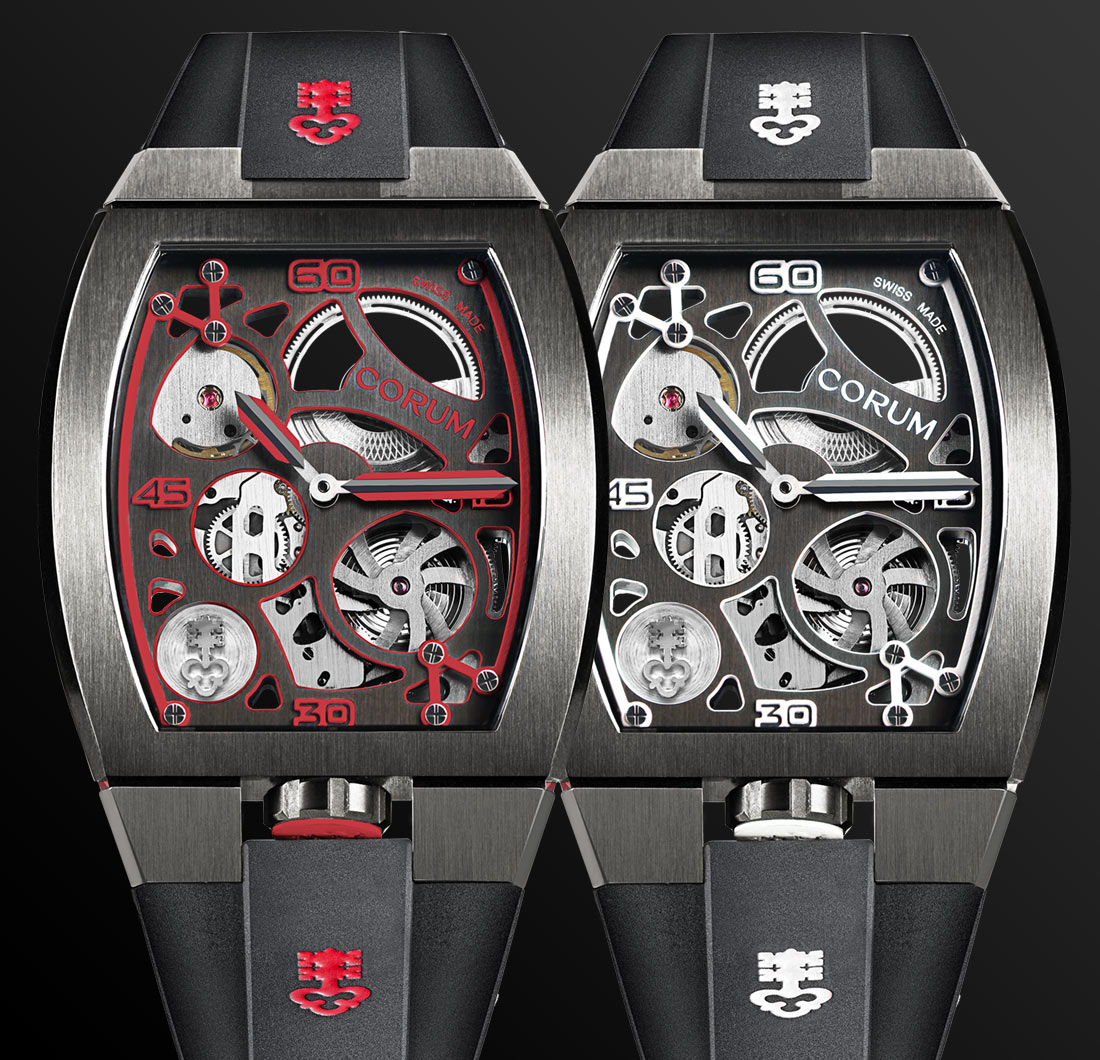 It goes without saying that the Corum Lab 01 is a significant departure from Corum’s existing pieces. The aesthetics are certainly unique, and I especially like that they designed the movement such that the micro-rotor is visible from the dial side. It will be intriguing to see where Corum takes it from here. The Heritage Corum Lab 01 is limited to 99 pieces each in red and white, and is priced at 13,800 Swiss francs. Learn more at corum-watches.com