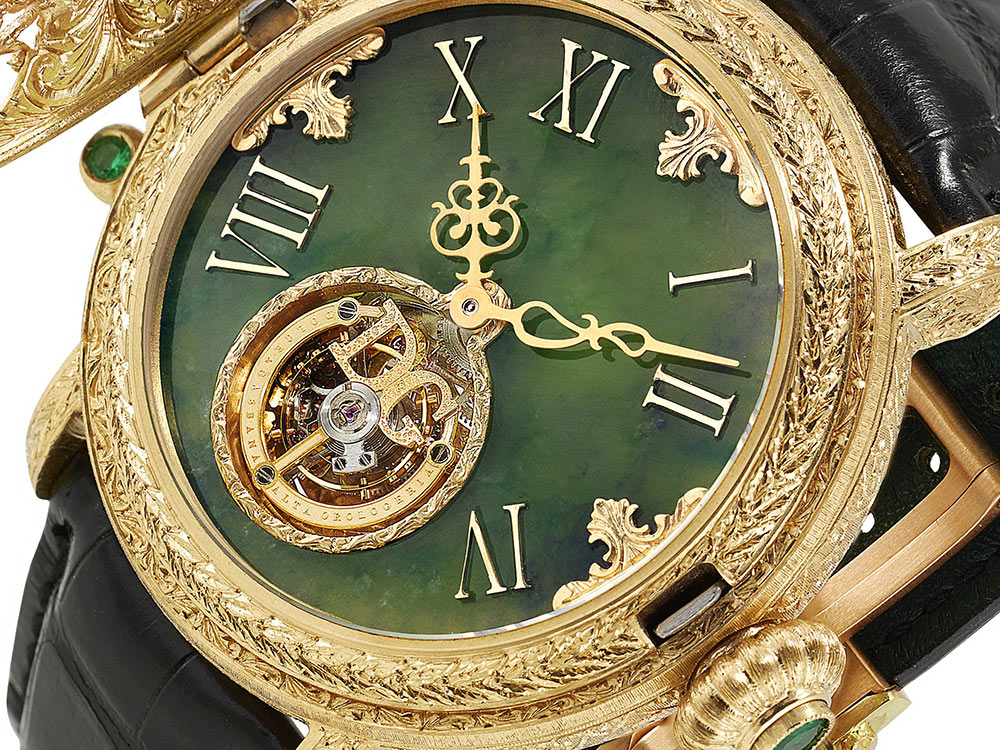 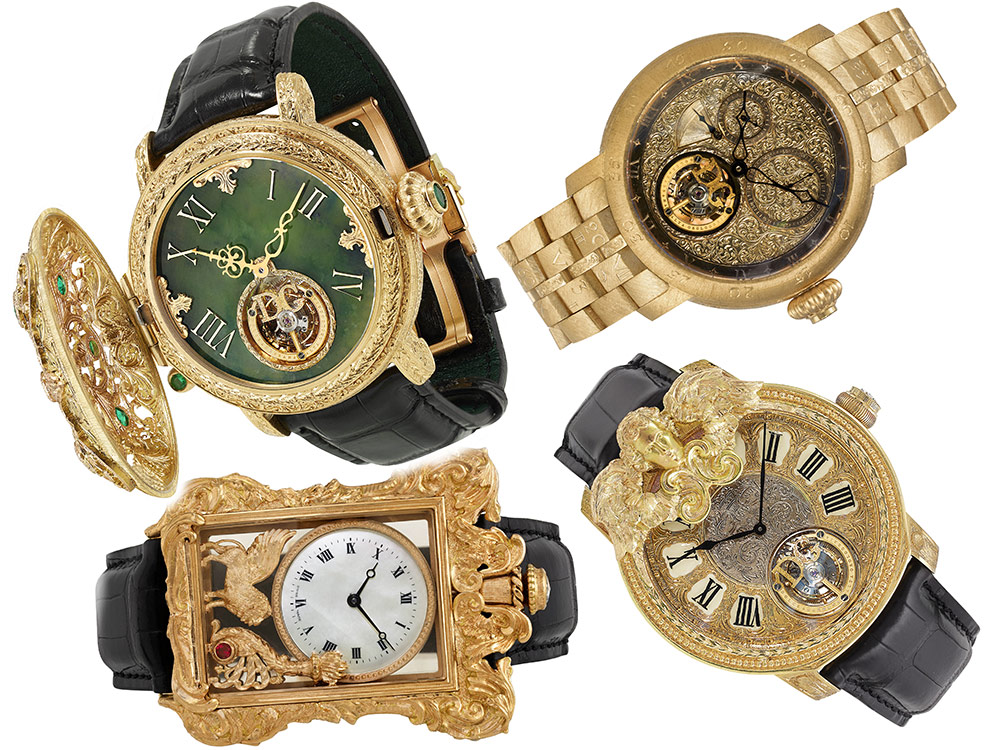 If you’ve come here to explore the latest in durable tool watch innovation or a take a deep dive into the annuls of haute horology, you’d best point your browser elsewhere – there are other articles for that. But, if you find yourself morbidly curious about what a Dolce & Gabbana bid for seating at the haute horology table might look like, refresh this page in an Incognito browser tab and discover the Dolce & Gabbana Alta Orologeria watches – a collection of four singular and entirely unique watches that are each equal parts unapologetic and opulent, peppered with gemstones and hewn with precious metals, all in the ostentatious, time-honored traditions of 19th century Italian goldsmiths. 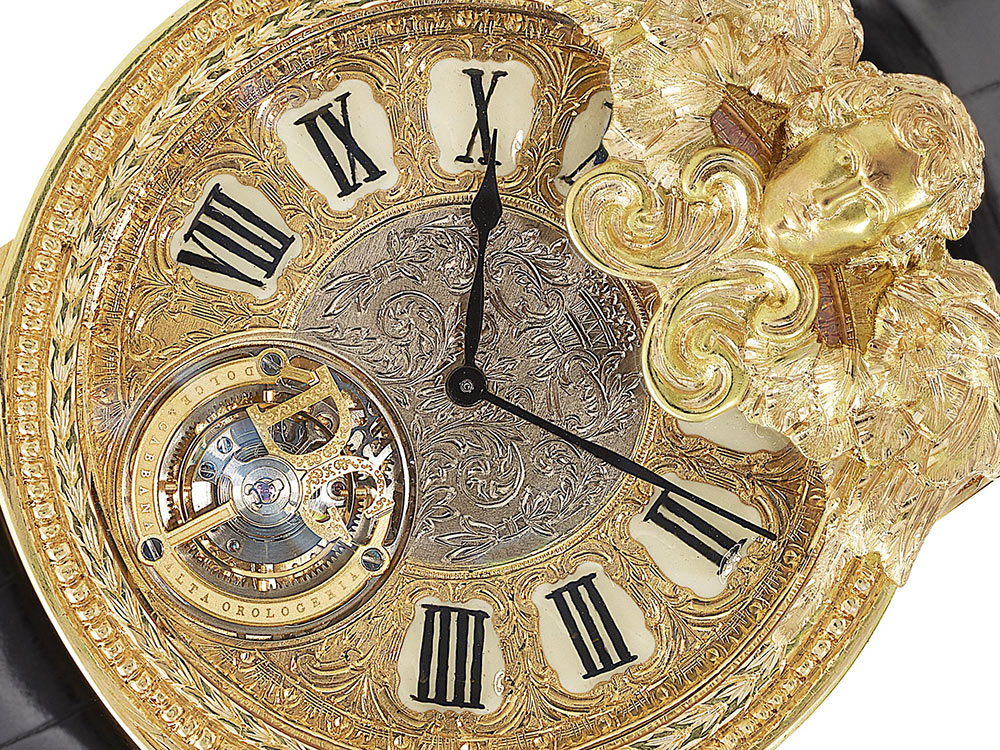 Prodding aside, the Alta Orologeria collection looks and feels as though it were from another time – and rightfully so, as its claimed inspiration is none other than the works of famed Italian composer Giuseppe Verdi. The re-imagination of four of Verdi’s overtures each lend these pieces a decidedly old-world aesthetic – like spoils of some far-flung medieval war. Now, whether or not that’s a good thing is probably best left to the eye of the beholder. Thankfully, though, inside each heavily bejeweled exterior beats one of three classic high complications: an automatic tourbillon, a tourbillon with a monopusher chronograph, and a tourbillon with a minute repeater. 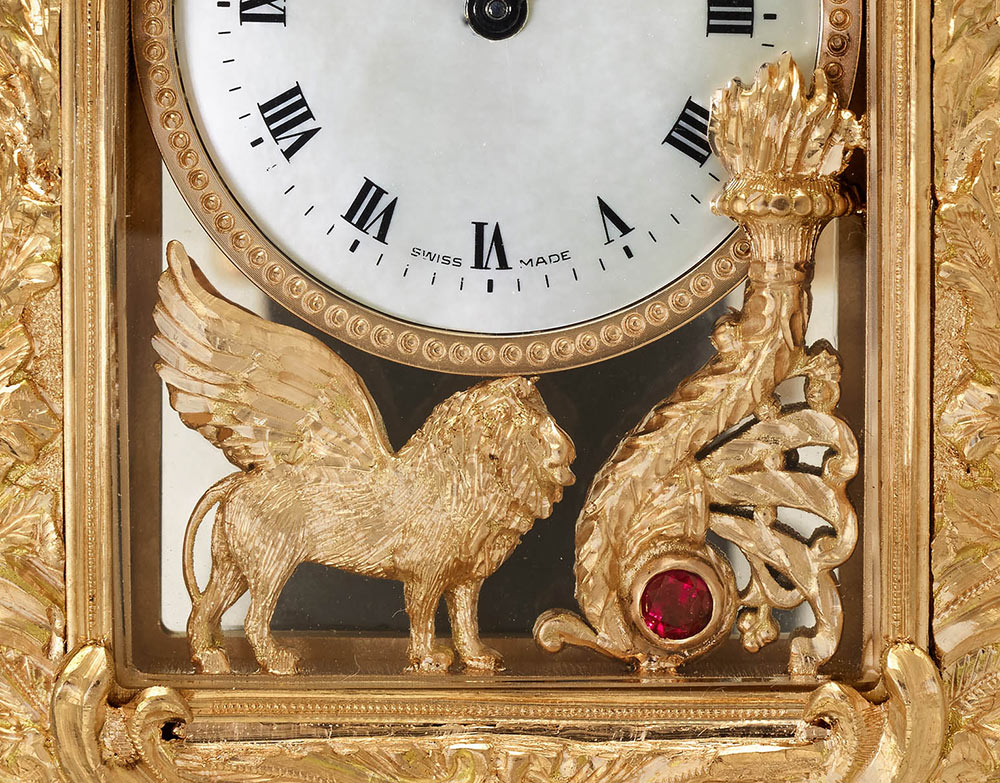 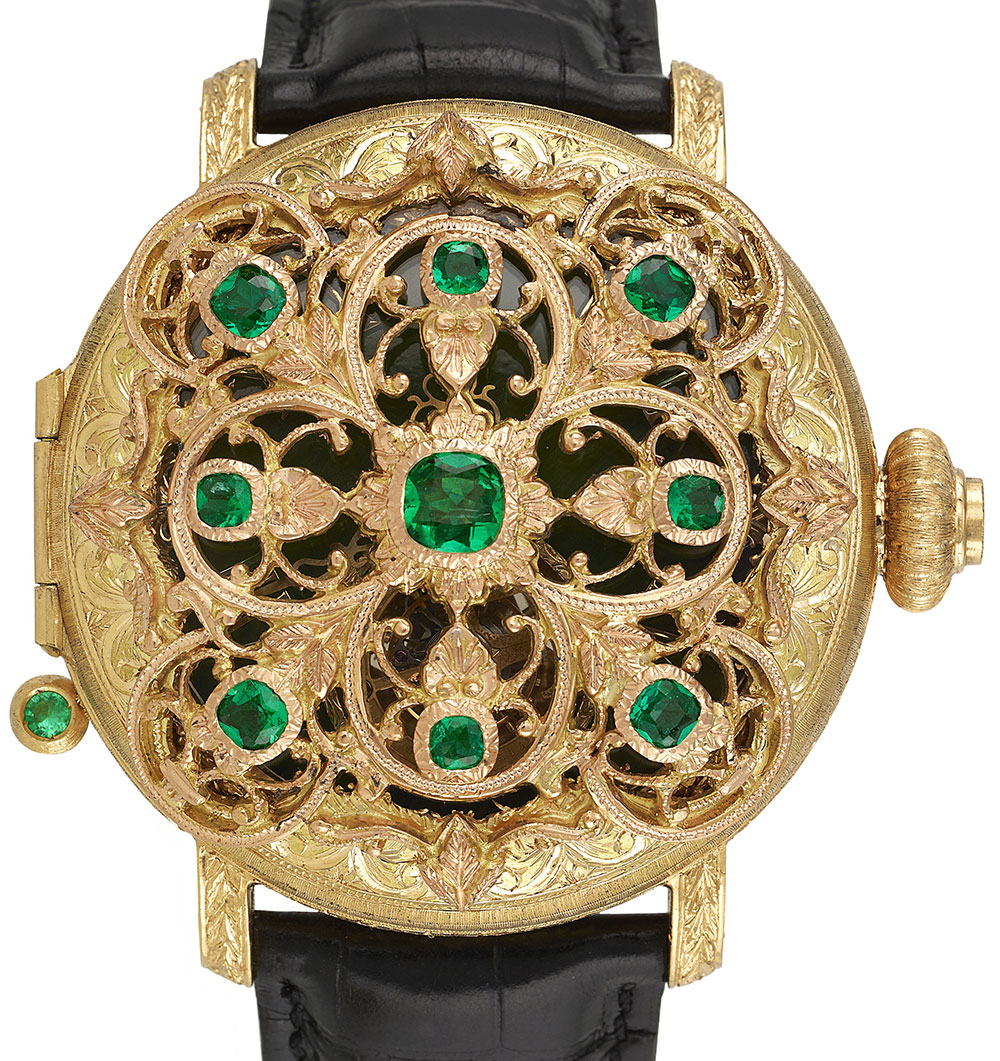 Now, before we get into the specifics of each piece, it almost goes without saying that these calibers were not manufactured by D&G, but rather in Switzerland by Manufacture Hautes Complications (or “MHC” for short), who specializes in high-complication movements. And like many third party movement manufactories of its ilk, MHC is a “pinch hitter” of sorts, bringing a wealth of technical savvy to a fashion brand that otherwise wouldn’t have much of a chance of bringing these horological halo projects to life. 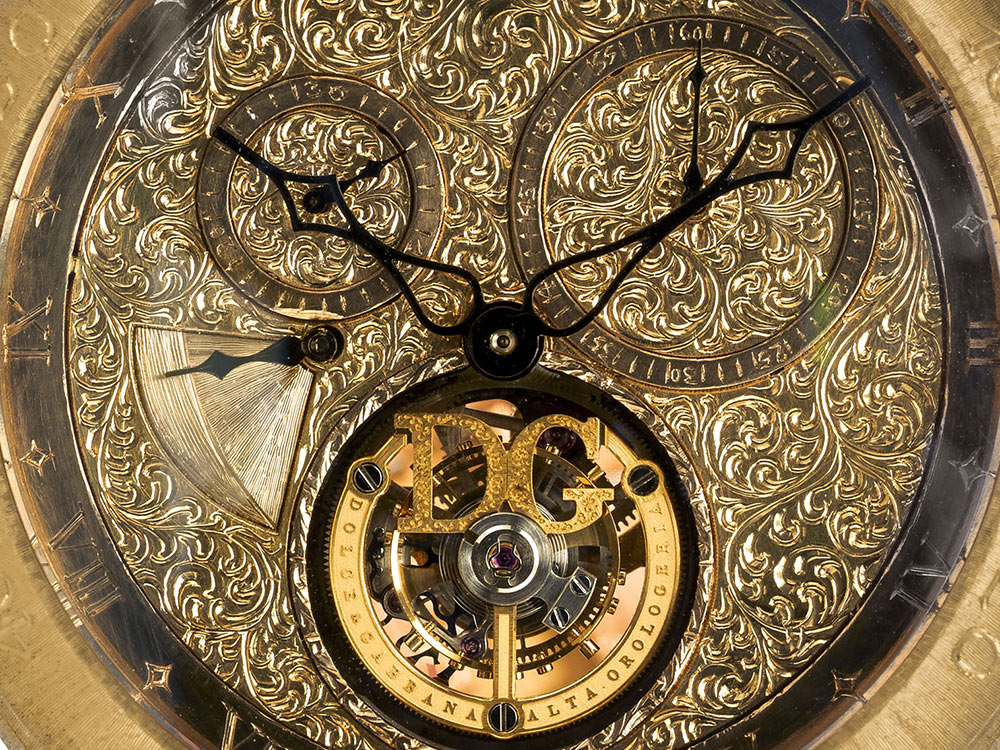 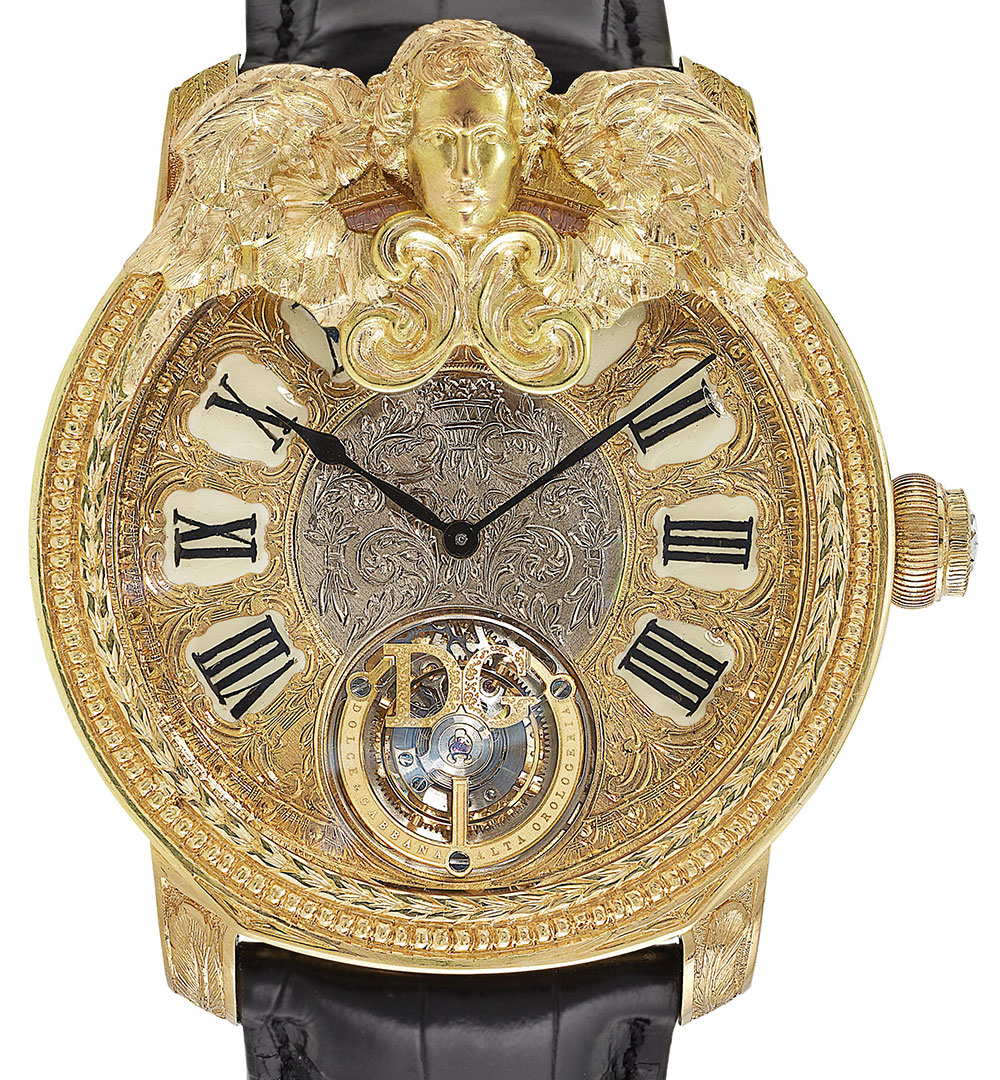 Each some two years in the making, the Alta Orologeria watches follow a similar trajectory to D&G’s other Alta collections of bespoke luxury goods: Alta Sartoria for men, and Alta Moda for women. Granted, we wouldn’t deign to call the aforementioned “wearable” (or even “clothing,” for that matter) as its the type of stuff even a Zoolander costume designer couldn’t dream up, but that’s beside the point. The actual point here is that the Dolce & Gabbana Alta Orologeria are D&G’s first collection of bespoke watches, they took a long time to make, and they’re exceptionally exclusive. 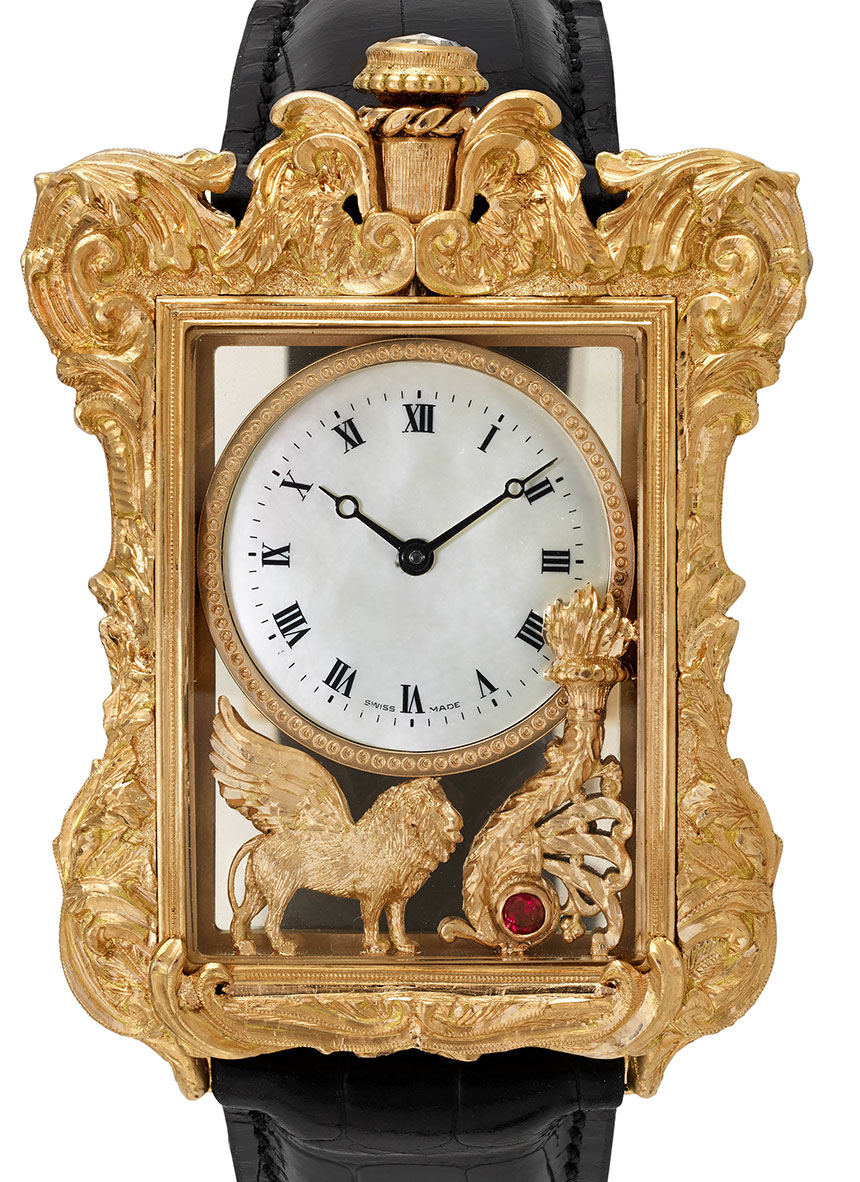 There are four pieces in the collection – each, named after one of Verdi’s classic operas: Otello, Nabucco, Macbeth, and Don Carlo. The first, inspired by Otello and measuring 38mm, is a relatively modest example of 17th-century Venetian Baroque jewelry, fitted with a restored manual-wound movement and a mother of pearl dial. The 44mm Nabucco’s opera is next, with its MHC-manufactured micro rotor-powered tourbillon at 6 o’clock competing for attention with the hand-sculpted and engraved Archangel Michael at the top of the bezel. Over 8 months of painstaking goldsmithing and hand-engraving went into the bracelet and case of the 46mm Macbeth – an opulent monopusher chronograph with a tourbillon and an impressive 100 hours of power reserve. Though why anyone would need this watch to run uninterrupted for that length of time shall remain a mystery as opaque as Lady Macbeth herself. 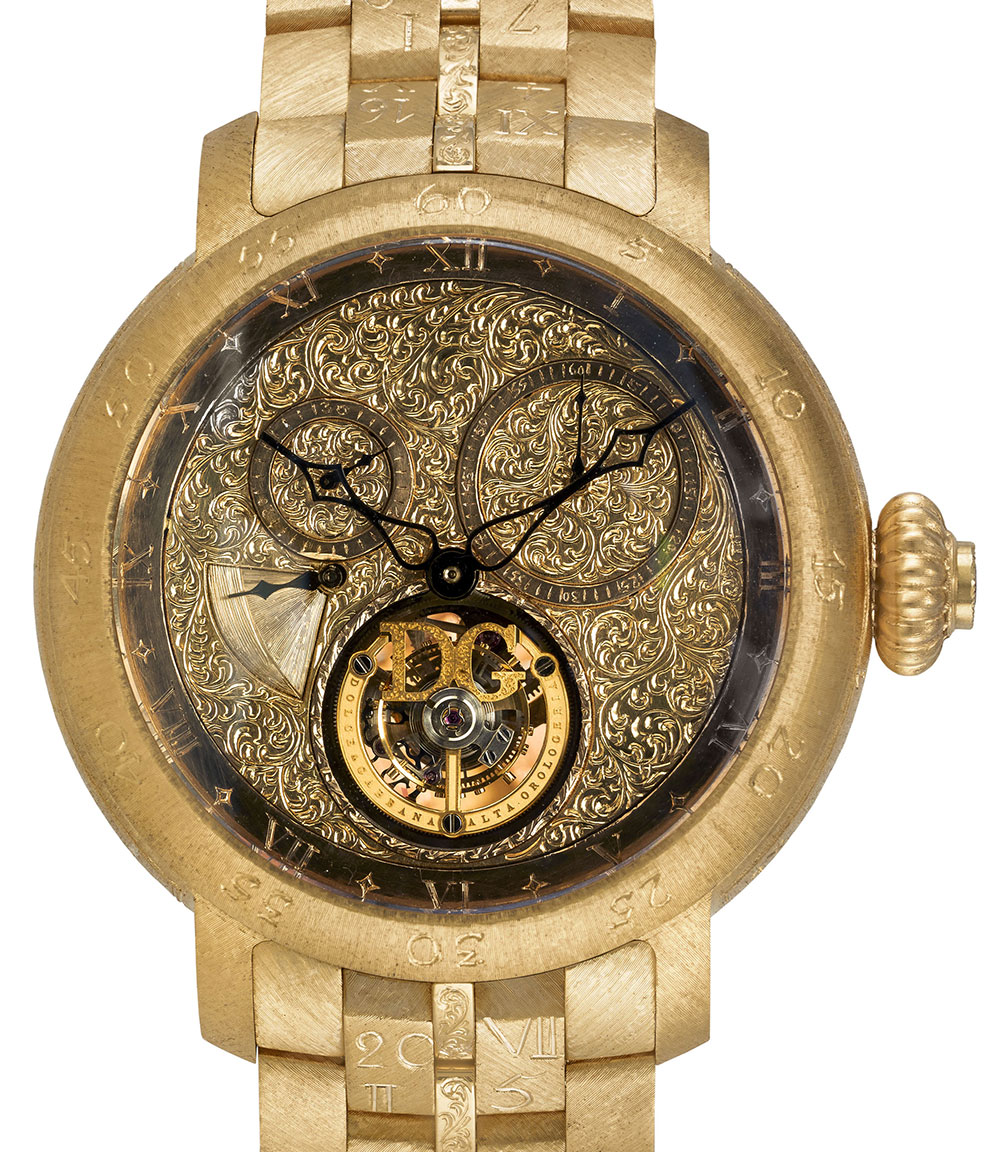 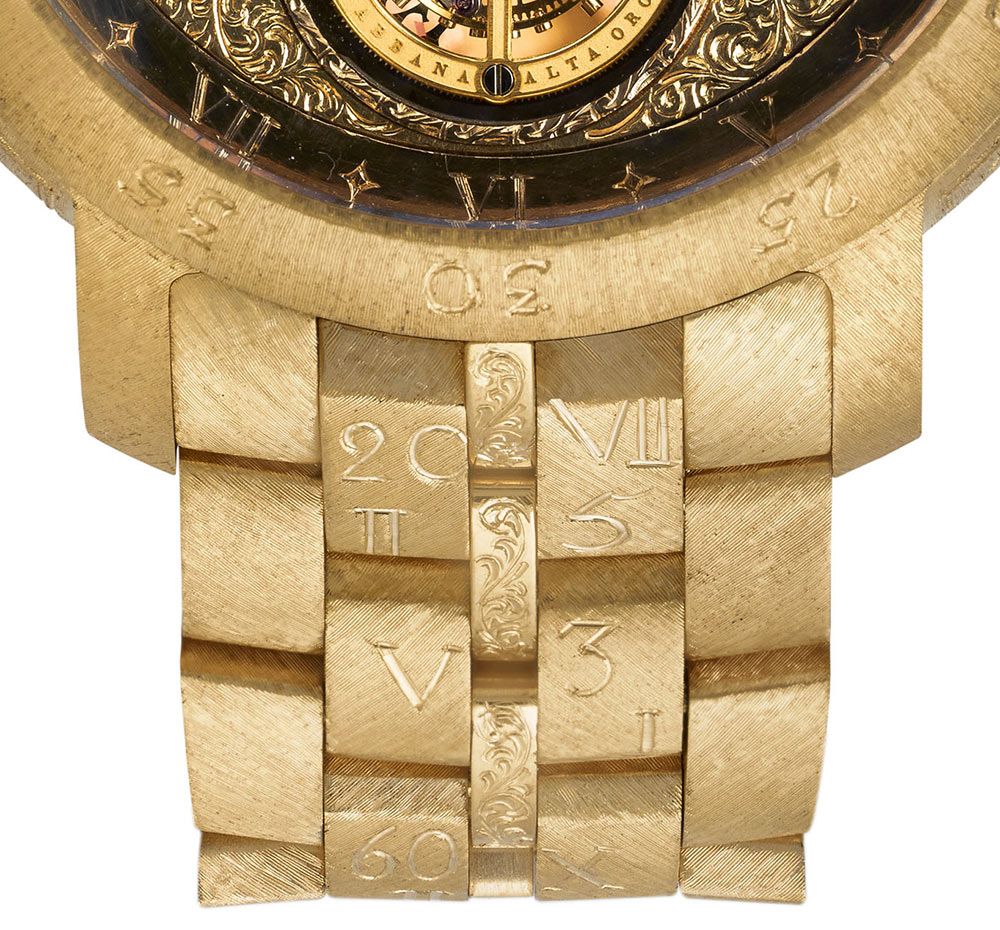 Lastly, there’s Don Carlo – a minute repeater hiding beneath an imposing 46mm hand-engraved 18k gold lid fitted with a series of cushion-cut emeralds. The elephant in the room is that it’s about as subtle as a treasure chest in The Goonies, but that appears to be the point. As if that weren’t enough, popping the lid open reveals a dial that’s been laser-carved from a singular piece of jade, neatly matching the 2.2 carats of emeralds employed throughout. 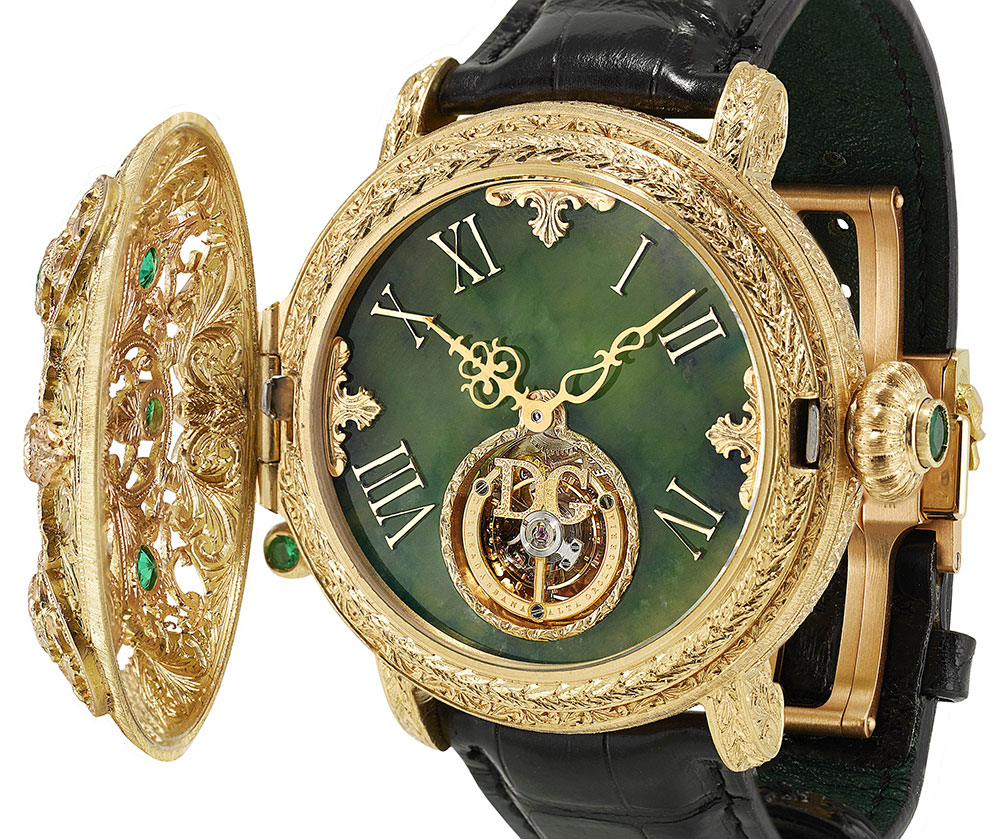 Pricing for the Dolce & Gabbana Alta Orologeria Watches is expected to start at €115,000, jumping to €690,000 for the most embellished piece. Perhaps more important than price, though, is the bigger open-ended question being begged, and likely the same being asked backstage after another one of D&G’s wildly over-the-top Alta couture shows in Paris: “But who buys it?” dolceandgabbana.com