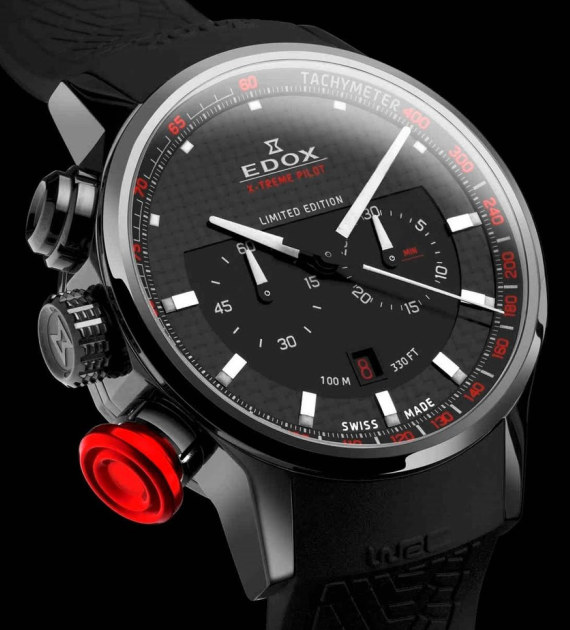 For 2010, two of Edox’s new models are meant for people who wish to measure speed. Dedicated to the World Rally Championship (WRC), these two quartz movement based watches look a lot like sophisticated modern stopwatches that go on your wrist. Just look at the large red chronograph pusher. Very serious looking instrument like pushers… The two watches are the WRC Xtreme Pilot Limited Edition with a more traditional looking chronograph, and the WRC Chronorally with a more complex multi-function chronograph and other timing set of features.The Chronorally must look a bit intimidating if you don’t know how to use it. And if this is a racing themed watch collection, why is the word “pilot” part of the limited edition version?

The watches are in 45mm wide steel cases that have a no-nonsense look that feels directly taken from the look of rally car or other race car instruments. The relatively open dials feature carbon fiber, with clean looking subsidiary dial sections. The cases are water resistant to 100 meters, and probably look best while being worn with one of those full race car get-ups. You know, the jumpsuit with all those brand logos? The watch would fit with that right? Nice little bit of tire tread on the fitted rubber straps. 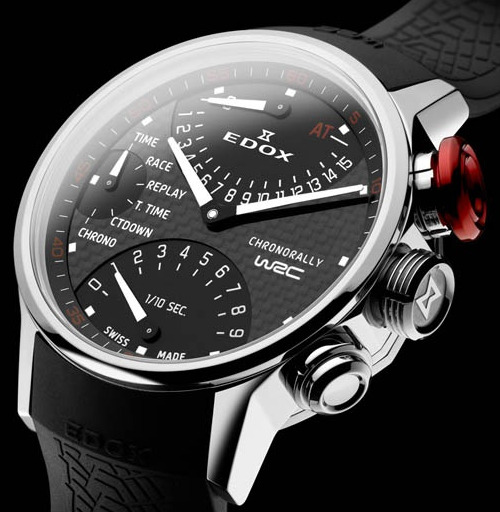 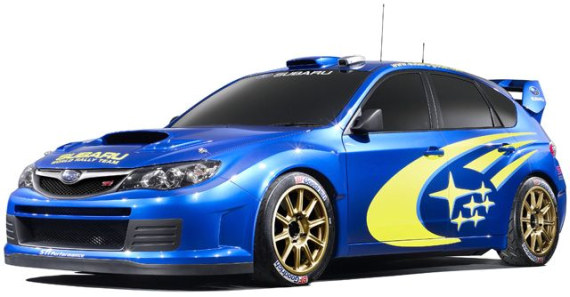 I don’t know about the Chronorally personally. It looks interesting, but I don’t need those functions, and frankly wouldn’t know what to do with them all. Though for the right person it is a perfect watch I a sure. Both of the watches features very good legibility as the hands and hour markers stand out nicely from the rest of the dials. The WRX Xtreme (X-treme) Pilot is my top choice – if I had to have one that is. The dial is much easier to read. I like the bi-compax layout, and the red font on the black date disc. Inside of it is the Edox 107 movement, which is a base Swiss Ronda quartz.

Price for the WRC Xtreme Pilot is 1,990 Swiss Francs and is limited to 1000 pieces. The Chronorally watch is not limited, and priced at 1,400 Swiss Francs. Pretty acceptable prices, for watches that will certainly appeal those who have a sincere fondness for rally car racing.