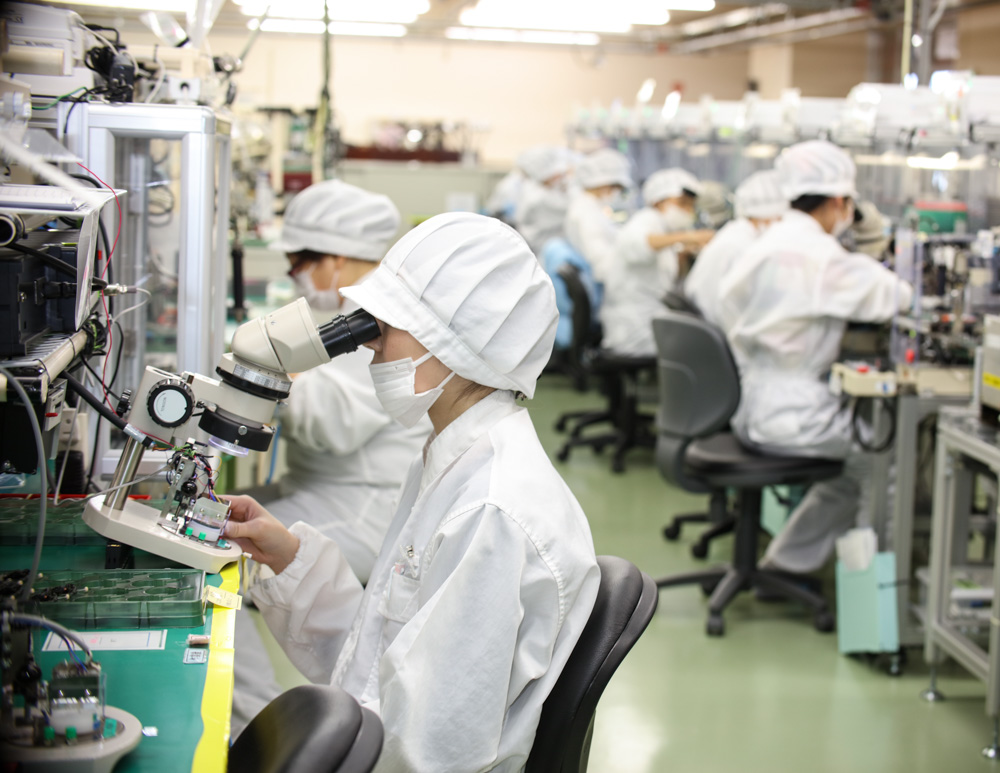 Citizen, like Seiko, has a large collection of timepieces that are still only sold in Japan or select parts of Asia. Seiko made the decision a few years ago to officially sell many of their higher-end models such as Grand Seiko outside of Japan (I’ll take a small amount of credit for that, as I was one of many voices that urged them to, and they did so within a year after I happened to plead with Seiko’s executives in Japan). Citizen, however, has been less willing to share many of its Japan-only products with the rest of the world – and it was interesting for me to enter the Citizen universe and learn about a range of models and collections I’d never seen before. Examples of typical higher-end and super high-accuracy dress watches made by Citizen that rarely leave Japan. Easily one of coolest facilities Citizen employees call their workplace is a relatively calm and cool office separated from the main road in the hip Shibuya district of Tokyo. This place doesn’t even have the official Citizen logo on the outside, and simply says “Citizen Design Studio.” Here, select team members and designers are charged with using local cultural influences to design new products. Many of these come out as select limited production models at various price points often up to about $2,000 in cost. Some of what comes out of the Citizen Design Studio is incorporated into the brand’s larger production model aesthetics, and others remain neat side projects which show that the brand isn’t afraid to try new things or totally depart from their established “design language.” Avant-garde and high-end quartz Campanola watches are an exclusive sub-brand of Citizen.

Actually, I find one of the reasons I like Japanese brands so much is that they don’t really adhere to strict aesthetic design languages, but rather functional design language. Citizen, for instance, has the unspoken rule that watches should be useful and convenient. Sounds simple right? It is, but most other brands don’t think that way – especially as the Europeans so easily slip into the trap of form over function. In fact, what Citizen and other Japanese watch makers have done so well is sometimes to their detriment. With Eco-Drive and other technologies such as radio controlled or GPS time synchronization, they’ve almost perfected the art of the watch that you never to need to adjust. Look at most good Citizen watches, and that is actually their entire goal – to be a timepiece whose battery you never need to change, and whose time and date are always right. One less thing to worry about, and one more thing you can rely on. These days, watches serve the dual purpose of being both tools as well as lifestyle indicators. The former element, the Japanese have down like no one’s business, and the latter area is a concept they are studying, trying to figure out the best ways a Japanese watch can be a lifestyle and status indicator as well as something which does not conflict with the nature of being consumer-friendly.

On the surface, Japanese watch makers like Citizen have all the same stuff the Swiss brands do, only better. Sure, Citizen has amazing production lines that mix human and automated efforts in order to produce a large quantity of high-quality watches. Depending on the money you want to spend, you can get a Citizen watch that is mostly produced using full automation, or that is produced fully by hand. Like many other Japanese companies, Citizen has no problem offering a broad spectrum of products at various prices – something which Western consumers still haven’t quite figured out how to adopt. It is for the same reason that when Toyota and Honda wanted to sell high-end cars in America, they needed to label them under the new brands Lexus and Acura. Watch hands are still something that, despite the existence of automation, is best handled manually. With enough education, however, any enthusiast can quickly understand that there are inexpensive as well as quite expensive Citizen watches. Both Seiko and Citizen use the term “Meister” to describe their most valued watchmakers. Citizen has three levels of Meister starting with B Meisters, and then A Meisters, and finally Super Meisters. Yes, “Super Meister” is probably the most celebrated title you can have at Citizen. Currently, they have only one, and the Super Meister is a woman. You need at least 30 years of experience to become a Super Meister, as well as a list of other credentials. Citizen’s single Super Meister is at the top of their high-end watch making department and she both assembles and repairs watches. She has been working at the company for 49 years at the time of writing. It is a myth that Japanese watches are made by robots and that Swiss watches are made by hand. Both countries typically blend machine and human labor, especially when it comes to brands producing over 50,000 watches per year, and Citizen easily exceeds that.

So much of what I saw at the Citizen manufacture locations was off-limits to my camera. I wasn’t able to photograph the department where they coat steel and titanium to make things like Duratect and Super Titanium, and I wasn’t able to photograph the amazing assembly line where they produce caliber 9015 automatic mechanical movements which are sold for use in other brands under Citizen’s Miyota watch movement label. Seen as Japan’s best alternative to Swiss watch movements such as the ETA 2824, the 9015 is produced as fast as Citizen can make them, given demand. The quality standards are necessarily high, and yet Citizen is able to produce upwards of 20,000–30,000 movements per month. The confidential part of that assembly line isn’t how the watches are made, but how Citizen is able to make as many as they do. The term “in-house” is particularly popular these days when it comes describing a valuable watch. Those with “in-house movements” are valued over watches with sourced movements. At the end of the day, a good watch is a good watch, but let’s give the concept of “in-house” some value because it is a nice thing to know that one company produced all the components that go into a watch, making for what is usually a more harmonious product. There are a scant handful of Swiss companies that produce in-house movements as well as cases and everything else that goes into a watch. Even the mighty Rolex who is probably the king of in-house luxury watches doesn’t make everything themselves. In Japan, there is almost no culture of suppliers. Companies – whether they make watches or toilets – almost always product everything in-house. So, for all the celebration watches with in-house movements get, brands like Citizen should get double points because they not only make their own watch movements, but they also make pretty much everything else that goes into the watches from the hands to the straps. On top of that, Citizen also makes the machines that make the parts that make their watches. In-house is a culture in Japan, not a marketing message.

As it is the 40th anniversary of Eco-Drive, and the light-powered quartz movements are a signature technology for Citizen, I got to see a lot of how they make the most important parts for Eco-Drive-based watches. The most unique element of Citizen Eco-Drive watches aside from the movements themselves (don’t forget that Citizen even goes so far as to produce their own tiny circuit boards for the movements) are the dials. The entire value of Citizen Eco-Drive watches is that they look like any other type of watch, meaning that you can’t look at them and visually see any “solar cells” on the dial or case.