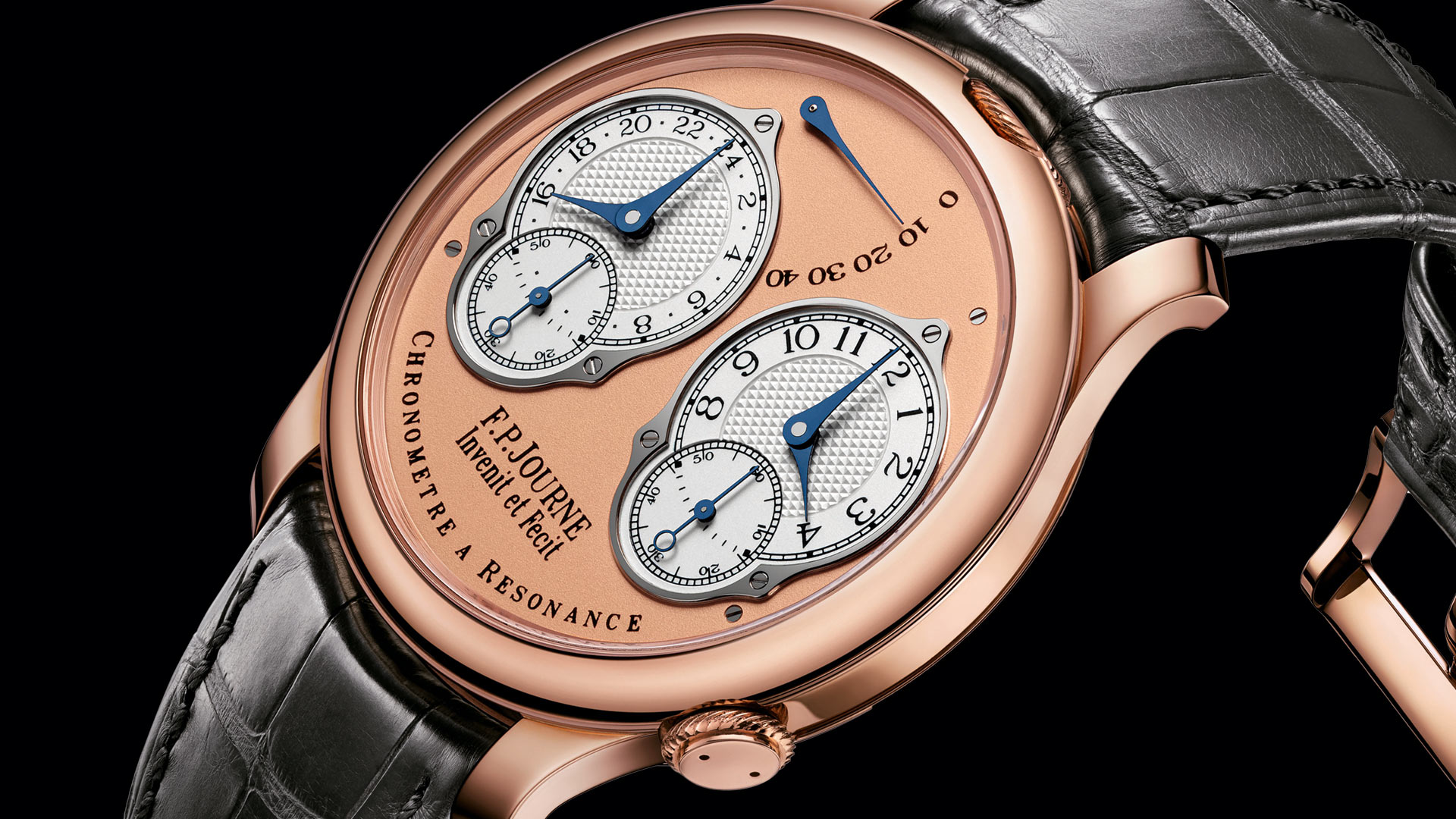 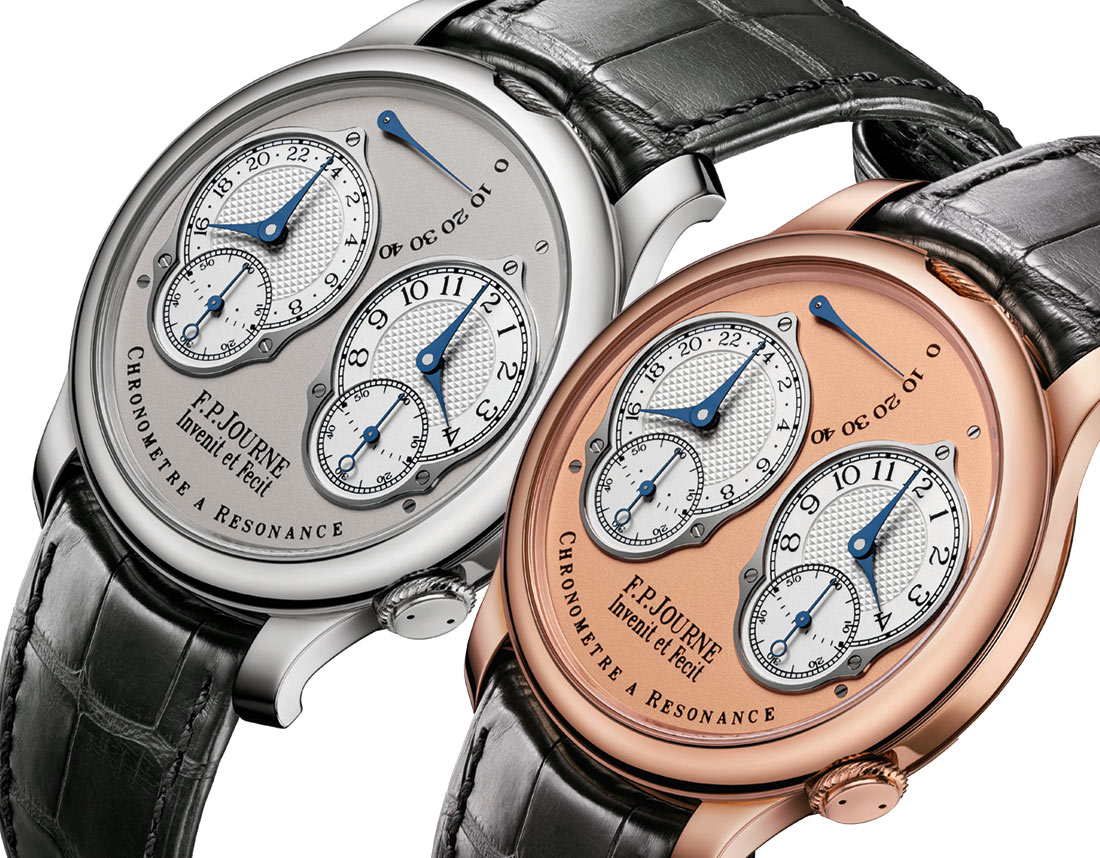 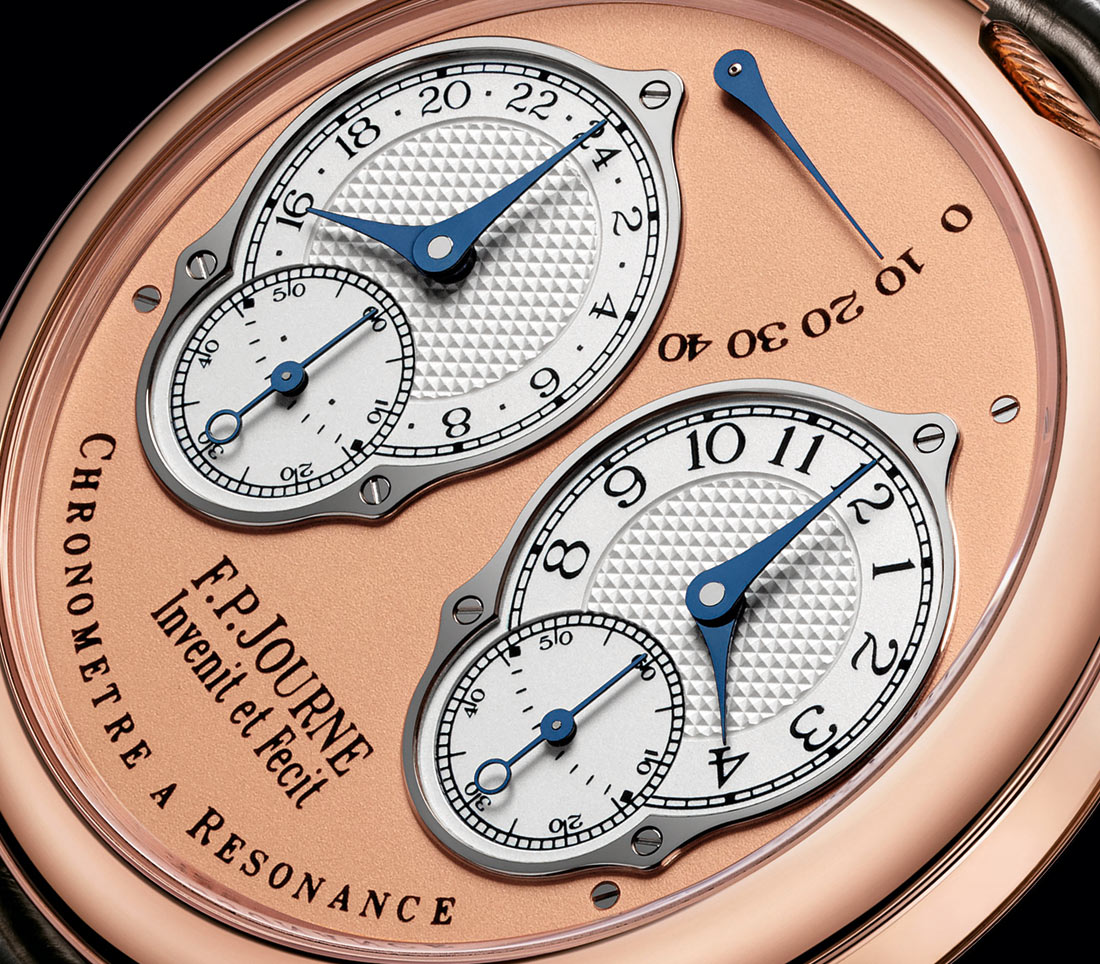 Brief recap: the Chronomètre à Résonance was the first wristwatch to have a movement that operates using the principle of resonance. The principle of resonance refers to the phenomenon where a vibration or external force drives another system to oscillate with greater amplitude. In watchmaking, it refers to the use of two oscillators beating in close proximity to strengthen their beat rate and therefore their chronometric performance. 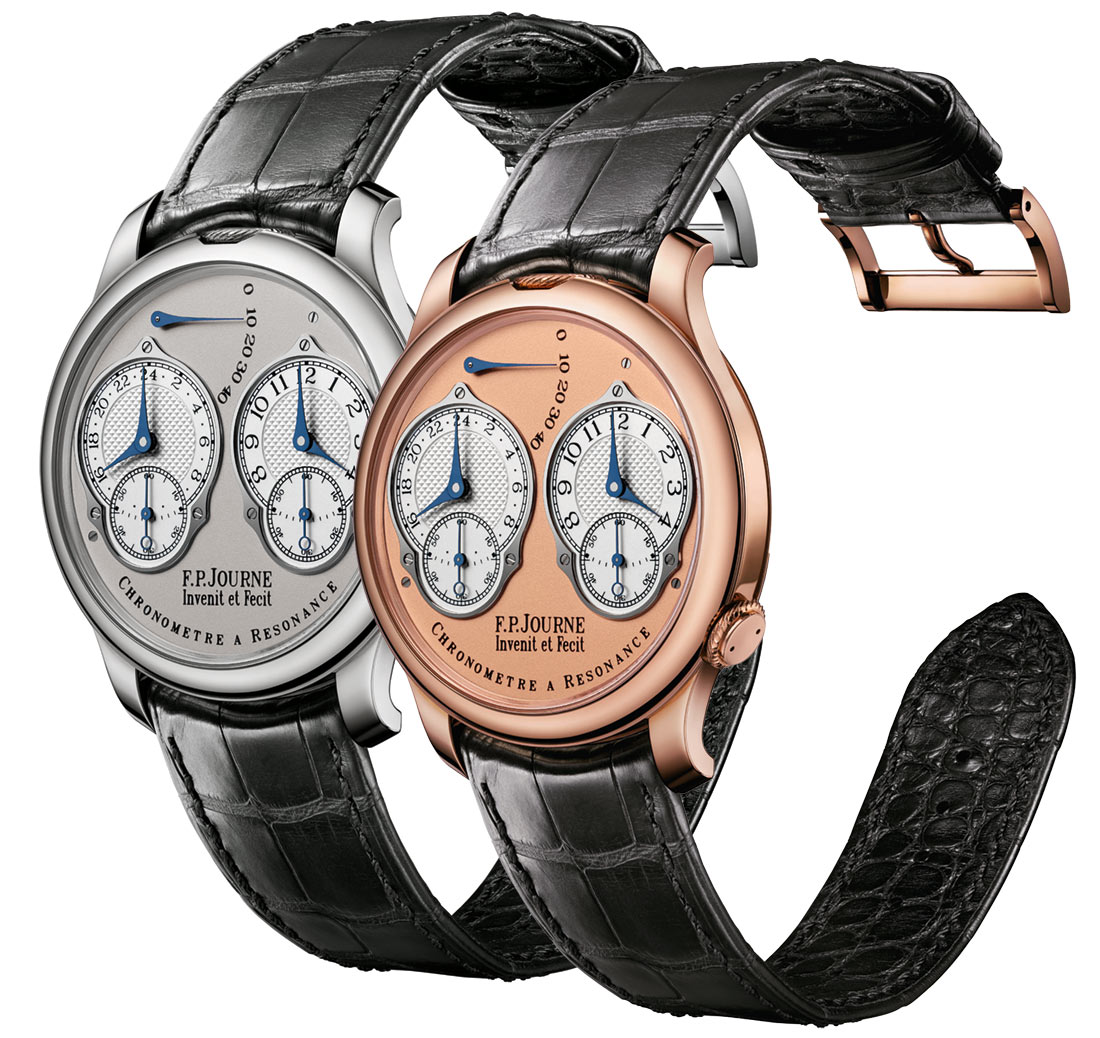 In 2010, F.P. Journe updated the dial of its Chronomètre à Résonance watch by replacing the conventional analog 24-hour display at 9 o’clock with a system of discs. While the disc system is more complicated and distinctive, some lamented the lack of symmetry and preferred the classic and elegant look of the older version. 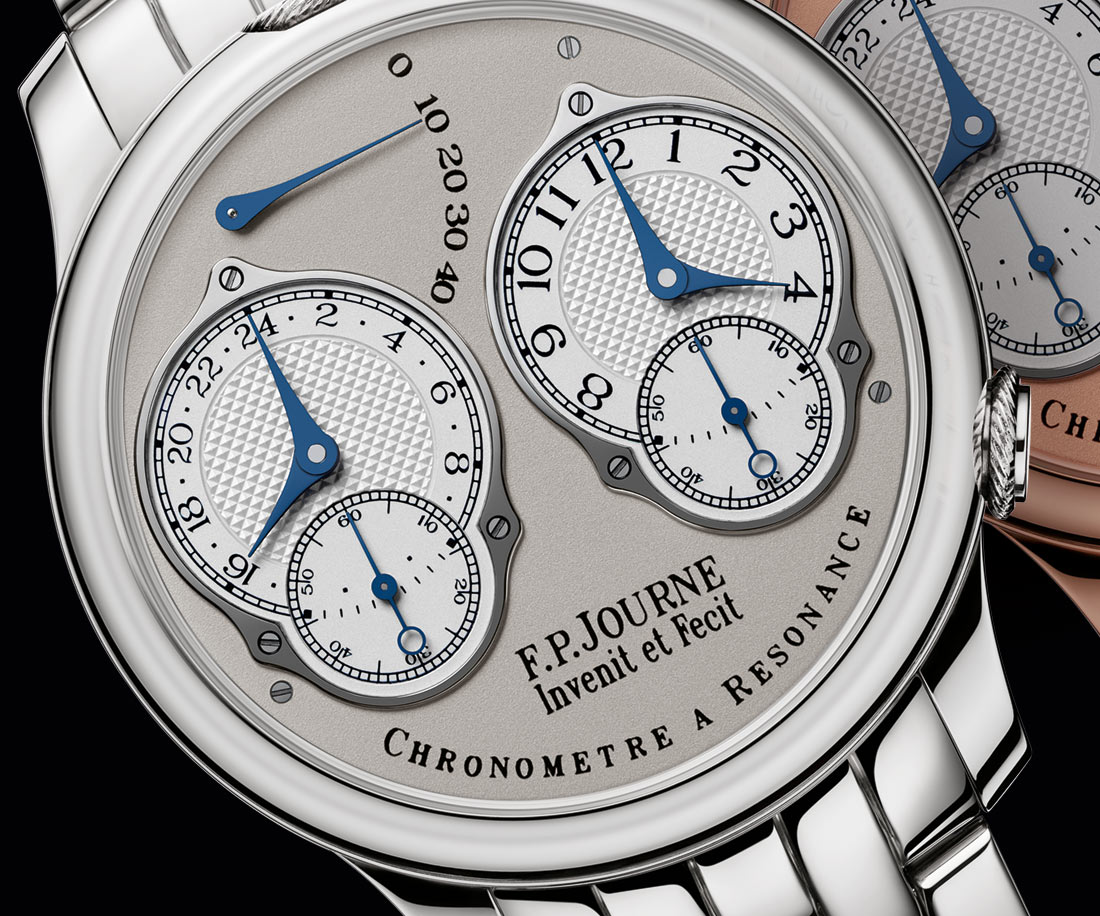 So for 2019, the Chronomètre à Résonance features a dial that more closely resembles the earlier versions of the watch with a 12-hour dial at 3 o’clock and a 24-hour dial at 9 o’clock. There’s also a power reserve indicator at 12 o’clock, and the hands for each of these displays are all blued steel. Two versions will be offered: one with a platinum case and white gold dial and another with a rose gold case and a rose gold dial. Case diameter is 40mm and you can get them with a hand-stitched alligator strap or matching platinum or rose gold bracelets. 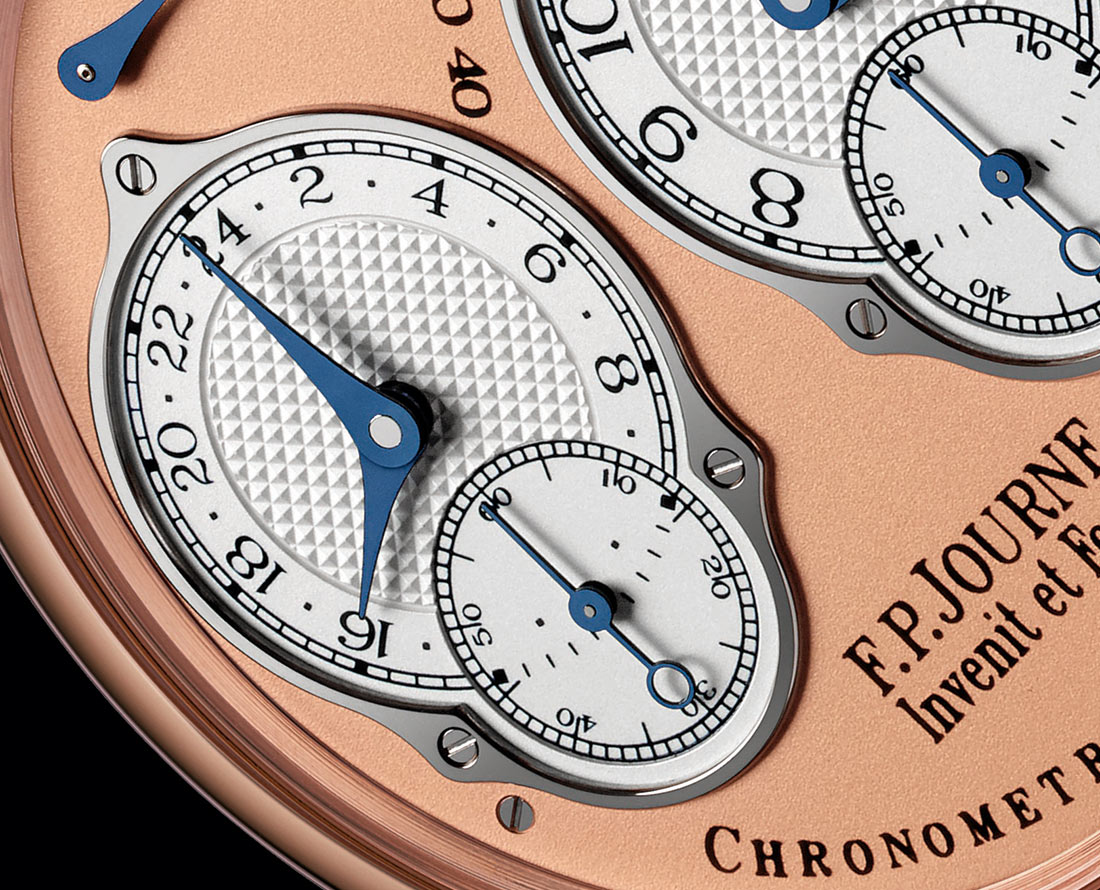 The movement within is the caliber 1499.3, which can be admired through the sapphire display case back. It is a manually wound movement that beats at 3Hz and has a power reserve of about 40 hours. Like all modern F.P. Journe movements, it is made out of rose gold and is quite a sight to behold. How often do you see movements made out of gold? As you would expect, the movement is well decorated with beveled edges, Côtes de Genève on the bridges, polished and beveled screw heads, circular graining on the base plates, and more. As impressive as the finishing of the movement may be, the highlight here must be the dual balance wheels beating in unison at 6 o’clock. 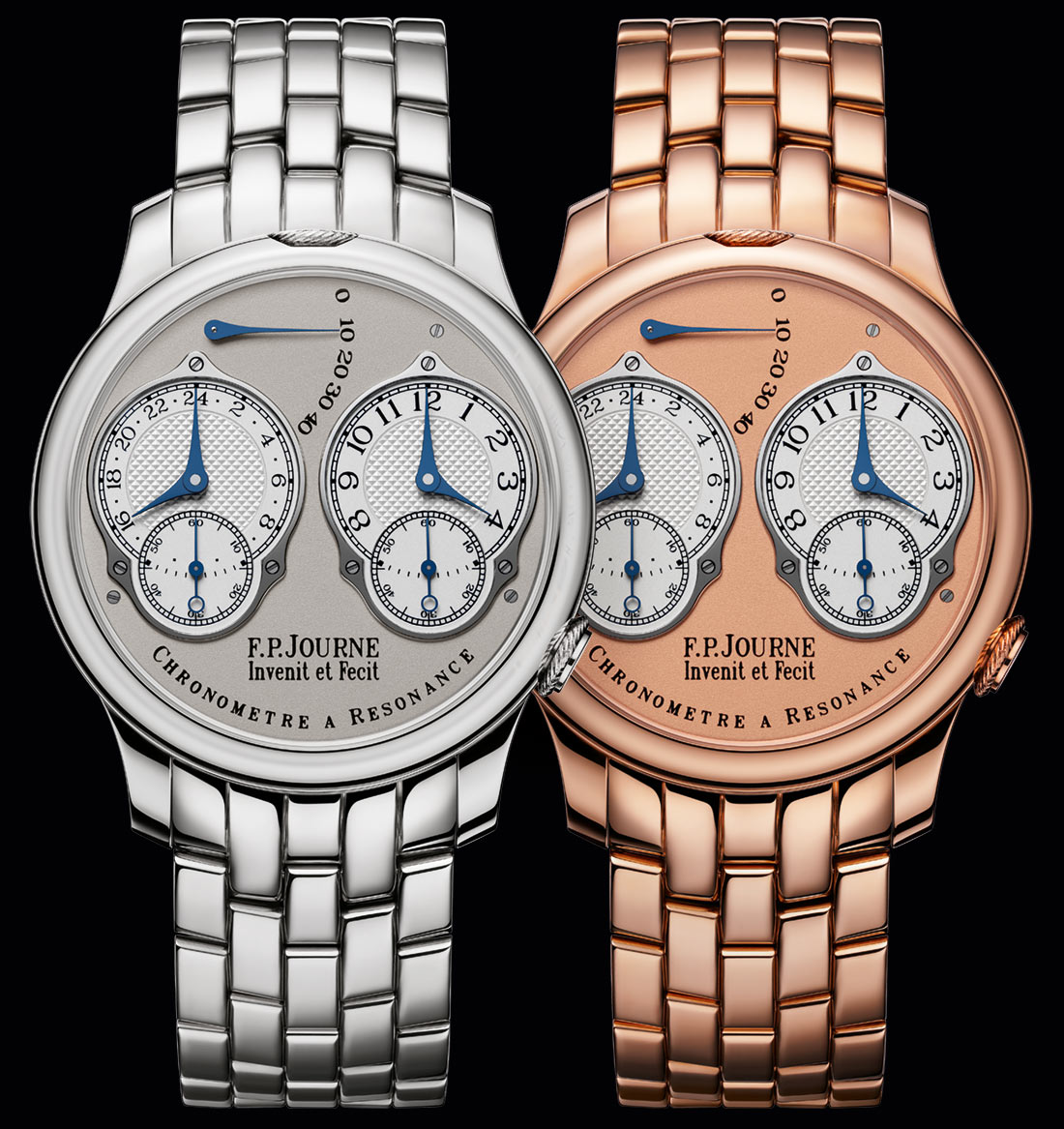 As I said, while the disc system of showing the 24-hour time is likely more complicated to make and looks more technically impressive, it loses the symmetry and simplicity of the older dials. For lack of a better word, the older dials are more “pure” to my eyes. The special edition F.P. Journe Chronomètre à Résonance watches are available now and are priced at 80,200 Swiss francs. fpjourne.com