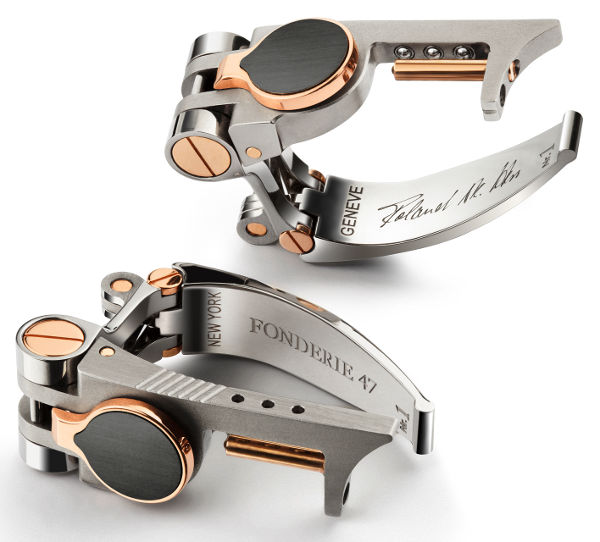 While these cufflinks are not a watch and don’t tell the time, they are closely related to the watch industry. They are also the first cool item from an interesting brand which has just officially made its debut.

The brand is Fonderie 47 (which I will explain more below) and the man who designed these cuff links for them is Roland Iten – a friend and very talented inventor who conceives things like the world’s most expensive belt buckles. Now he has designed what is likely the world’s most complicated and expensive cuff links. Check out my coverage and video of a Roland Iten belt buckle here.

Roland Iten has not yet produced a watch, though he has designed a number of concept watches that if ever made will be truly incredible. Roland Iten’s workshops is actually part of the Richemont Group and his inventions are both useful and luxurious.

The Fonderie 47 Cufflinks are a shining example of the type of things that Roland can dream up. And as far as I know this is the only item that he has produced which has a purely aesthetic function. In short this is a men’s bracelet that transforms into a pair of cufflinks. You can then combine them again to be a wearable bracelet. I should note that these are not the first pair of cufflinks that Roland Iten has designed. 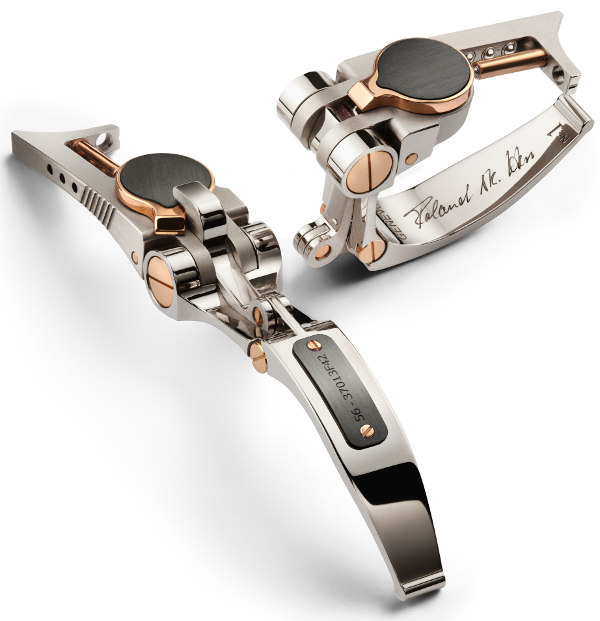 The cufflinks are going to be extremely limited in production. Only 20 pairs of this style will be produced. Using the same machines that produce Swiss watches, these cufflinks will be made from mostly 18k rose and white gold, as well as metal from an AK-47 assault rifle.

That latter part is no joke. Fonderie 47 items will all contain metal from AK-47s. In fact, the purpose of the brand is help rid Africa of assault rifles – the most common of which is the Russian-made AK-47. The durable and universally known machine gun that takes a lot of abuse will now find its way into high-end men’s and women’s items. For launch the brand is starting with a couple of rings and these cufflinks. Overtime they will release more items – all done as partnerships with some of the world’s best designers and craftspeople. And yes, at least one watch is coming.

The idea is simple.The sales of these high-end items will help raise funds that will go to organizations to be used to destroy guns in Africa that are often used as currency. The availability of the guns had numerous negative effects ranging from violence to the abuse of woman and children. Since they are often used in trade, Fonderie 47 learned a while ago that in Africa guns must be removed from circulation and destroyed in order to diminish these negative effects. Once they are, since prices of assault rifles are about 1/4 in Africa what they are in the rest of the world, resupply with significantly higher priced weapons is not possible at a 1:1 rate.

They claim that the sale of one pair of cufflinks is enough to fund the purchase and destruction of 100 assault rifles in Africa. Fonderie 47 was started by John Zapolski and Peter Thum. I actually sat down for a while with John last year to interview him about Fonderie 47, its products, and all the nitty-gritty details about guns in Africa. 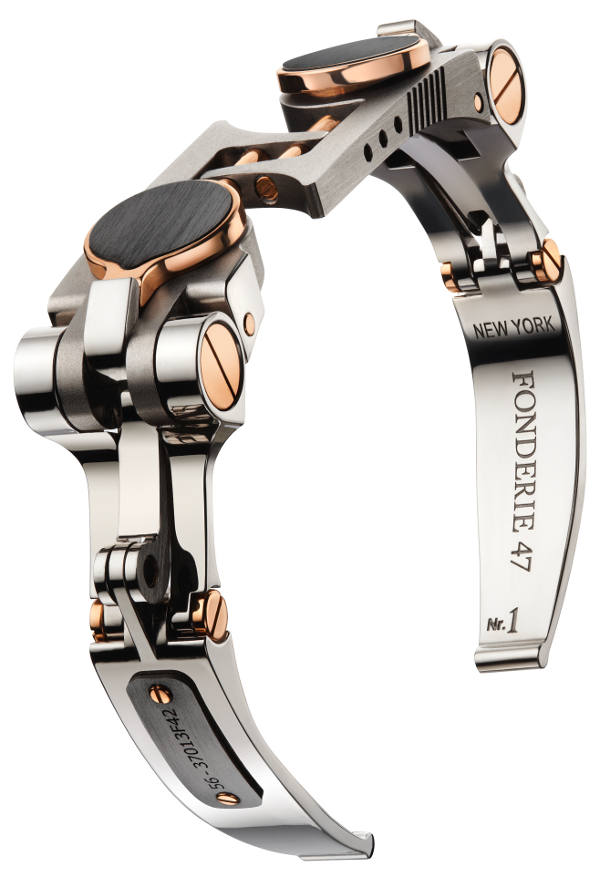 What I like about this project is that Fonderie 47 isn’t the type of company to make a philanthropic claim that it may only possibly ever be able to fulfill. The entire flow of going into Africa to find and buy guns, as well as destroy them has been considered and planned. They had to do it at least a bit to get machine gun metal for their launch products. I did put John to the test with many probing question and feel pretty confident that the claims of the brand are not mere marketing dribble.

Fonderie 47’s clients will also demand accountability. Sale of the items at launch is exclusively through special events and parties. To buy these items you need to know the right people and be in the right places. The cufflinks and rings are not cheap either. These are items meant to be luxurious but also further a cause. When pushing a brand to some of the world’s most elite clients, you need to back up all of your claims.

In my opinion Fonderie 47 really has a chance to be a very special brand. The concept and people are cool, and the products are interesting. I would totally wear this Roland Iten item in its cufflinks or bracelet form. The Fonderie 47 Cufflinks will be limited to just 20 pieces and the price for each will be 30,000 Swiss Francs.