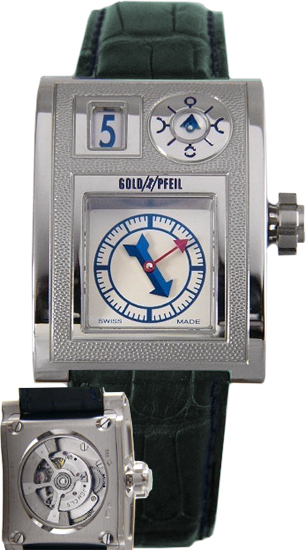 You need to be a pretty serious watch nerd to know who Vianney Halter is, but you need to be an even more serious watch nerd to know what Goldpfeil is. Goldpfeil is a failed brand that sought to create watches made and designed by star independent watch makers who are members of the AHCI. A few models were produced and among them was this one by Vianney Halter. I am not totally sure why Goldpfeil was not a commercial success but the very similar Harry Winston Opus concept did end up being a commercial success.

The idea of working together to help out low-resource, high-creativity independent watch makers is sound, but doing it properly is a complex feat. While I don’t know exactly what went wrong back in the early 2000’s, I can guess it had to do with marketing budgets, production schedules and costs, and sheer awareness. To spend $50,000 on a watch whose brand you can barely pronounce from some quirky French guy is not exactly a model for sales success. It takes people like me (and maybe you) that will seek this stuff out on our own – for such brands to have commercial success. 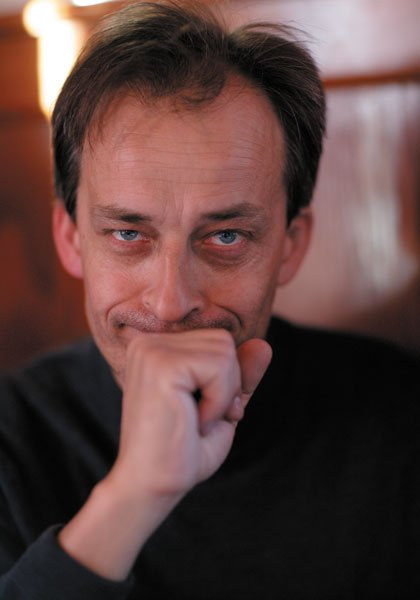 Watches from Goldpfeil were all part of the “Seven Masters” collection. Probably the most famous watch from the short-lived brand was this Vianney Halter Seven Masters (ref GPVH11). In a smallish rectangular case, the watch had jumping hours, an unconventional moon phase indicator, and a dial for the minutes and seconds. All Goldpfeil watches has that sort of broad arrow hand in their designs.

At 40mm tall and 29mm wide, this was not a large watch. This is a very modestly sized avant garde watch – a dimensional area that is often preferred by the more conservative high-end watch crown in Europe. Though I have a feeling if Vianney designed the watch today – about 10 years later – he would have made it a bit larger. This model has a case in 18k white gold, but there might have been other materials offered. The case is polished and in the middle section done with a sort of stone-like texture.It has a few sapphire crystals around the case and is just 10.3mm thick. The design is strange at first but grows on you. This is a sure collector’s item for the future and an enduring design that symbolizes not only Vianney Halter’s aesthetic and watch making philosophy, but the true face of high-end independent watch making.

Interestingly enough, the Vianney Halter Goldpfeil watches is considered one of his best and most easy to use movements among enthusiasts. One of the strongest points of the watch is that the movement is an automatic. While it is not possible to see here, the crown has some fascinating details, as well as the buckle on the dark green crocodile strap. If I had the cash I would certainly get one of these pieces for my collection. One of these rare Vianney Halter Goldpfeil watches is available on James List here for $35,000.