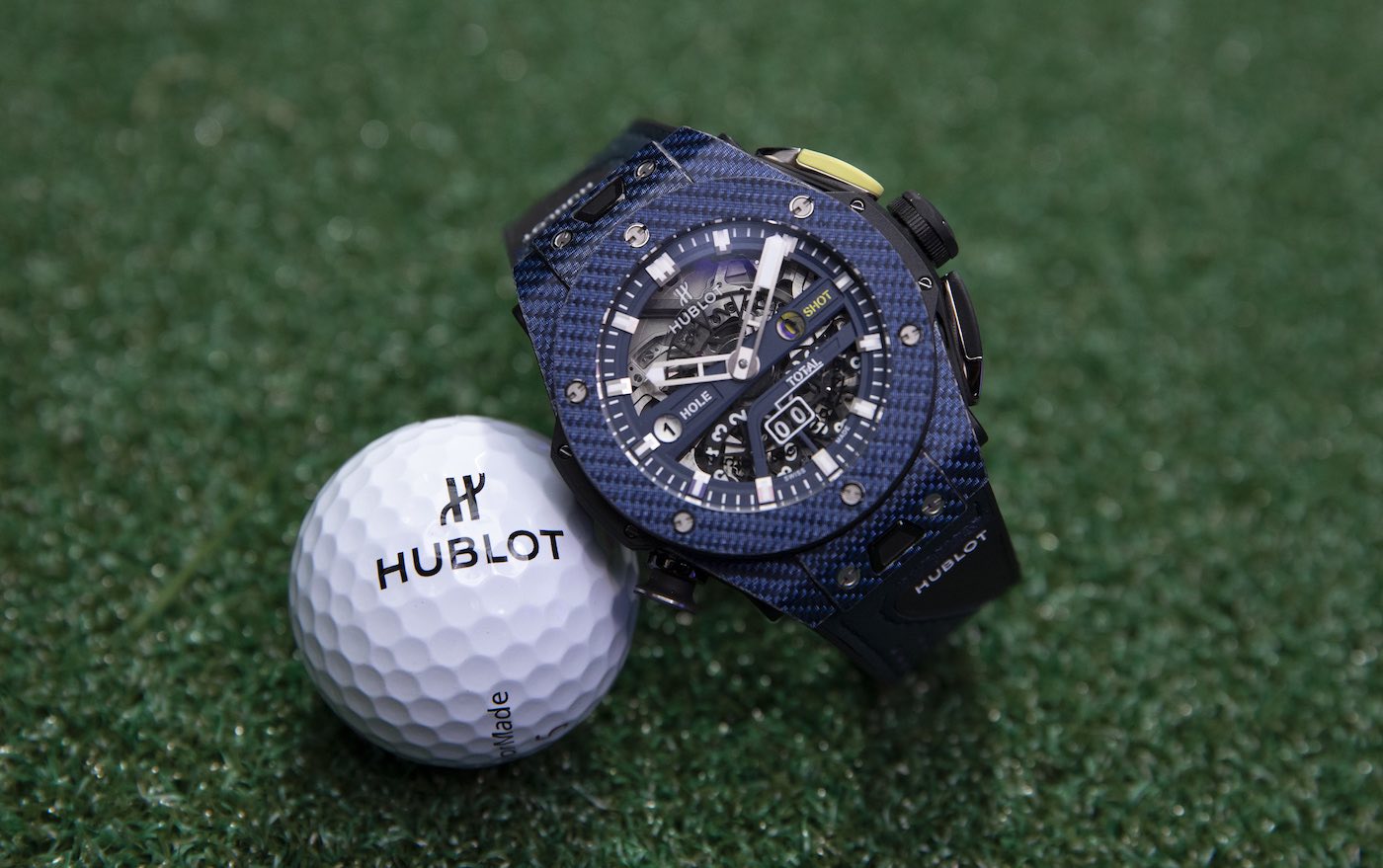 If you’ve been glued to your screen over the weekend, watching this year’s British Open and finding yourself inspired by Shane Lowry’s masterful romp to victory on a rain- and wind-battered course, we’ve got a little bit of luxury to stave off the chills for you. Earlier this year, Hublot announced an updated colorway to the world’s first mechanical golf watch with aperture display, which originally debuted in 2017. Backed by World Number 1 Dustin Johnson, the new Hublot Big Bang Unico Golf watch adds a moody blue option to the crisp white debut model of two years ago. 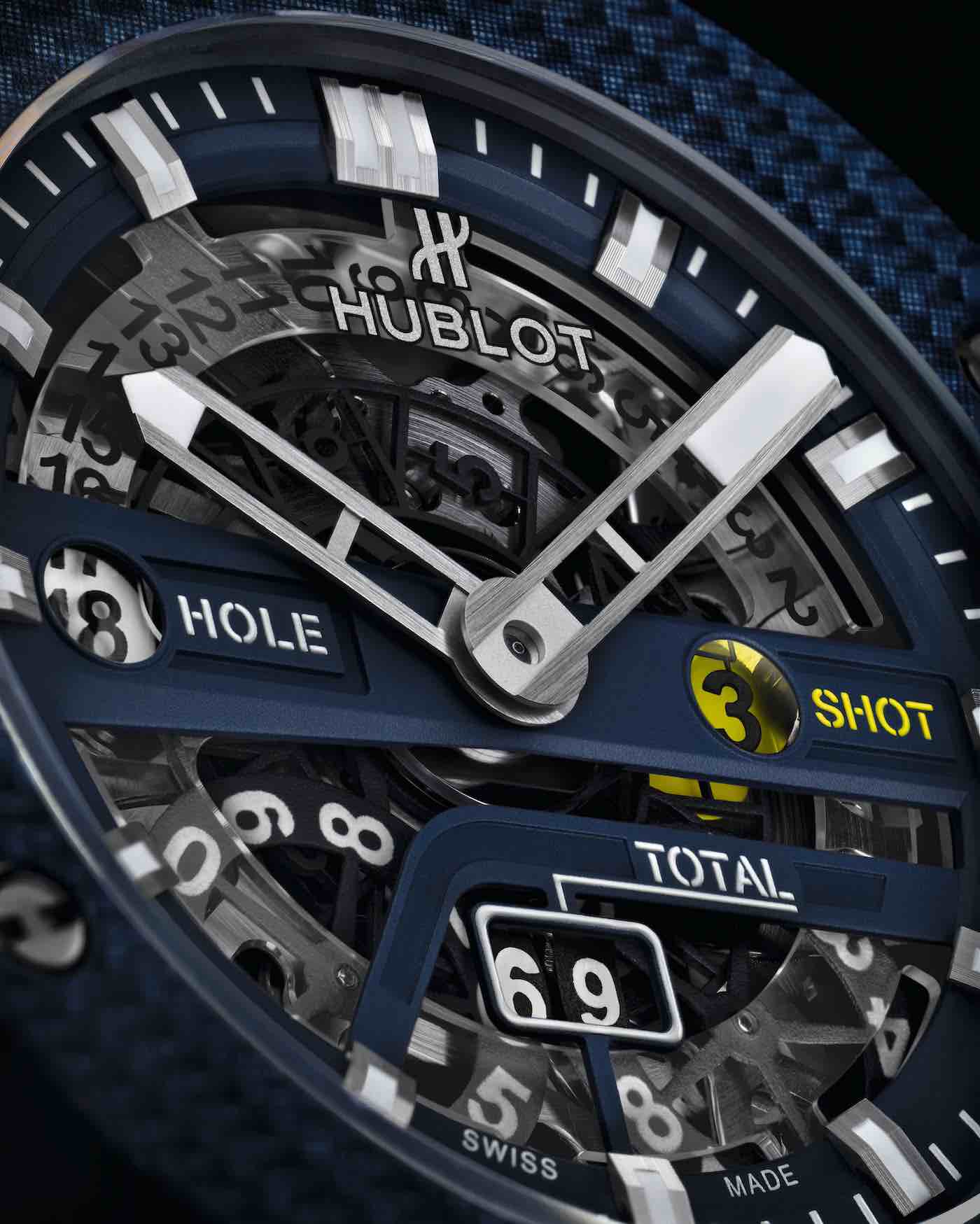 While we’ll delve into exactly how this watch is useful for keeping track of your score while making your way around a real-life golf course, it is worth mentioning that Hublot has taken pains to ensure this 45mm timepiece is no gimmick and have designed it to be comfortable and robust enough to make it back to the clubhouse in one piece. By using a case that has been carved from Taxalium, Hublot’s ultra-light and ultra-strong amalgamation of fiberglass and aluminum, topped with a thin layer of carbon (hence, the name), the watch weighs in at less than 100 grams on the wrist. With a 72-hour power reserve, the watch can happily tick over through rest days to give your back a break from the strains of driving 350 yards on the regular. (I wish I could empathize.) 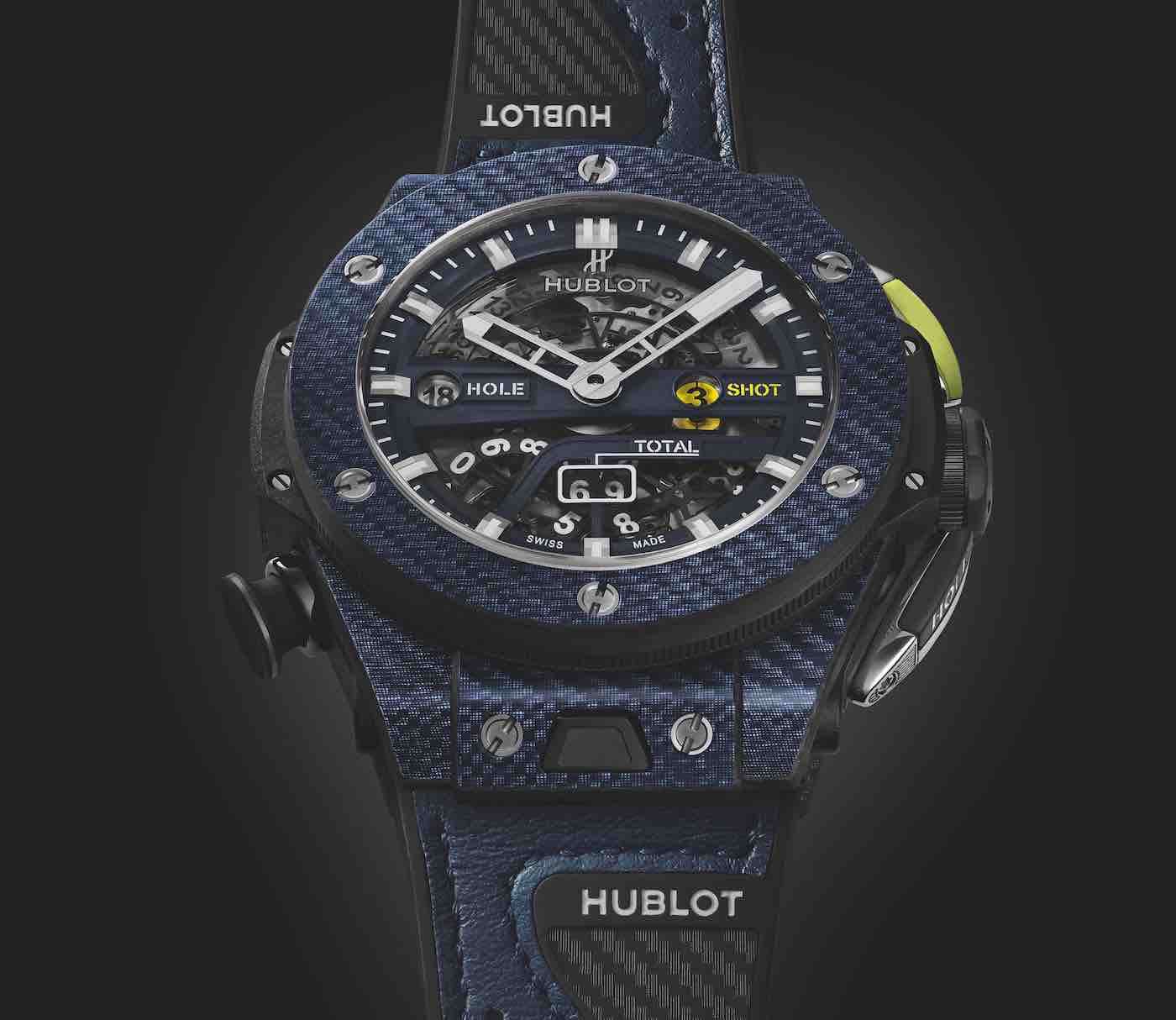 The MHUB1580 movement allows golfers to record hole scores as they make their way around the fairways. The watch features three pushers at 2 o’clock, 4 o’clock, and 8 o’clock. The 2 o’clock pusher is used to count the shots, while the hole number is displayed through an aperture at 9 o’clock. Once you’ve holed your putt, you press the 4 o’clock pusher, which simultaneously advances you to the next hole (at 9 o’clock), resets your shot counter (at 3 o’clock) to zero, while tallying your total score through a double-window at 6 o’clock. 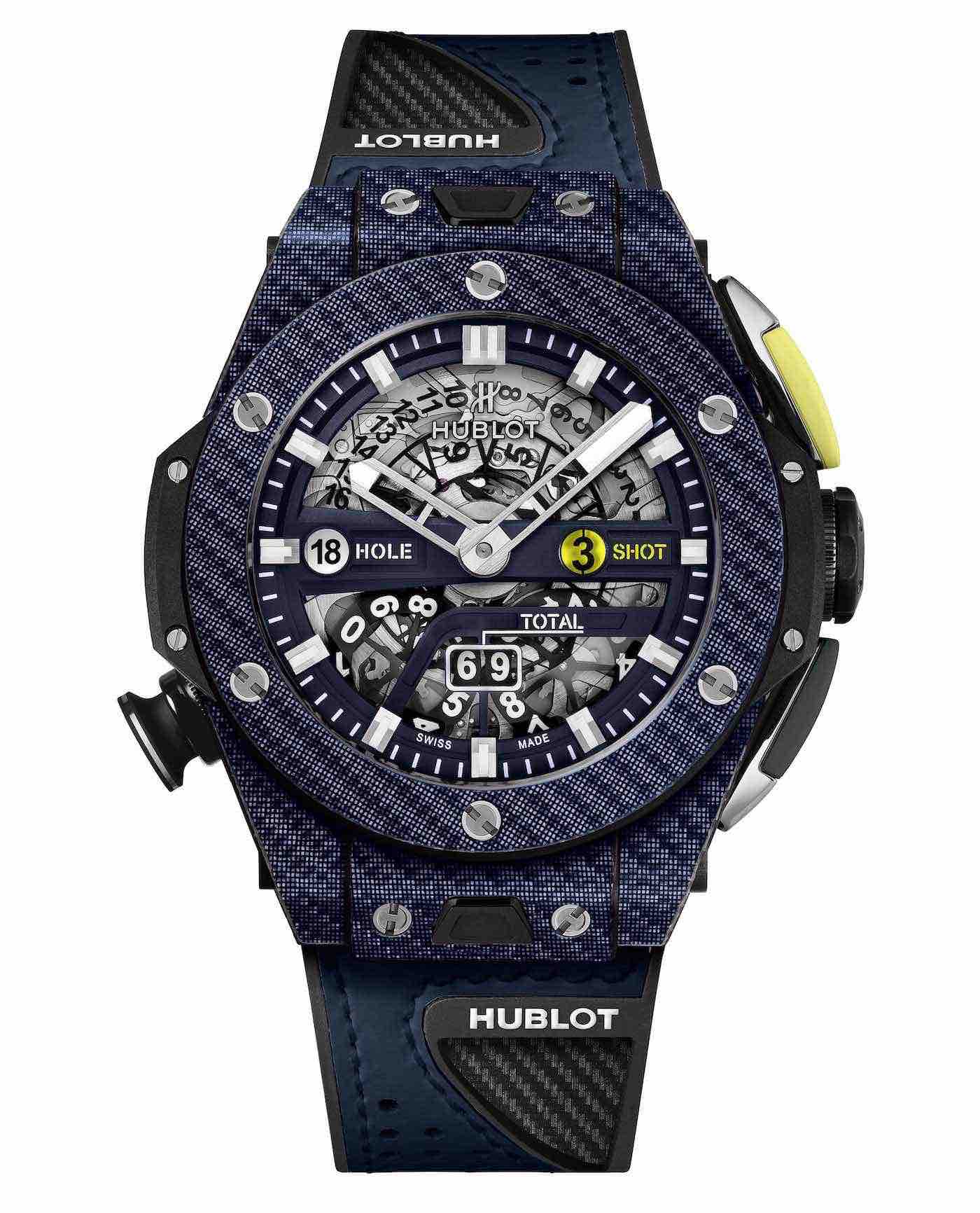 The tee-shaped pusher at 8 o’clock is only used at the end of the round, as it rests all the counters to zero. Hublot has installed a safety mechanism so this tee is not depressed accidentally. Before applying pressure to the pusher, it must be turned by 45 degrees to unlock it for use — a smart move, as resetting your counter when flexing your wrists for a tricky chip out of the rough on the 17th would probably result in a club-over-the-knee situation.

And when the game is put to bed, and you find yourself relaxing at the 19th hole, the sight of the MHUB1580 full-skeleton movement will surely impress your clubmates, who are stuck using pen and paper to record their scores (as you will have to do anyway if you want to avoid disqualification for failing to sign your card in competition). The price of this new model will be $32,500, which is an increase of exactly $1,000 from the white model released in 2017 ($31,500). To find out more, visit hublot.com.