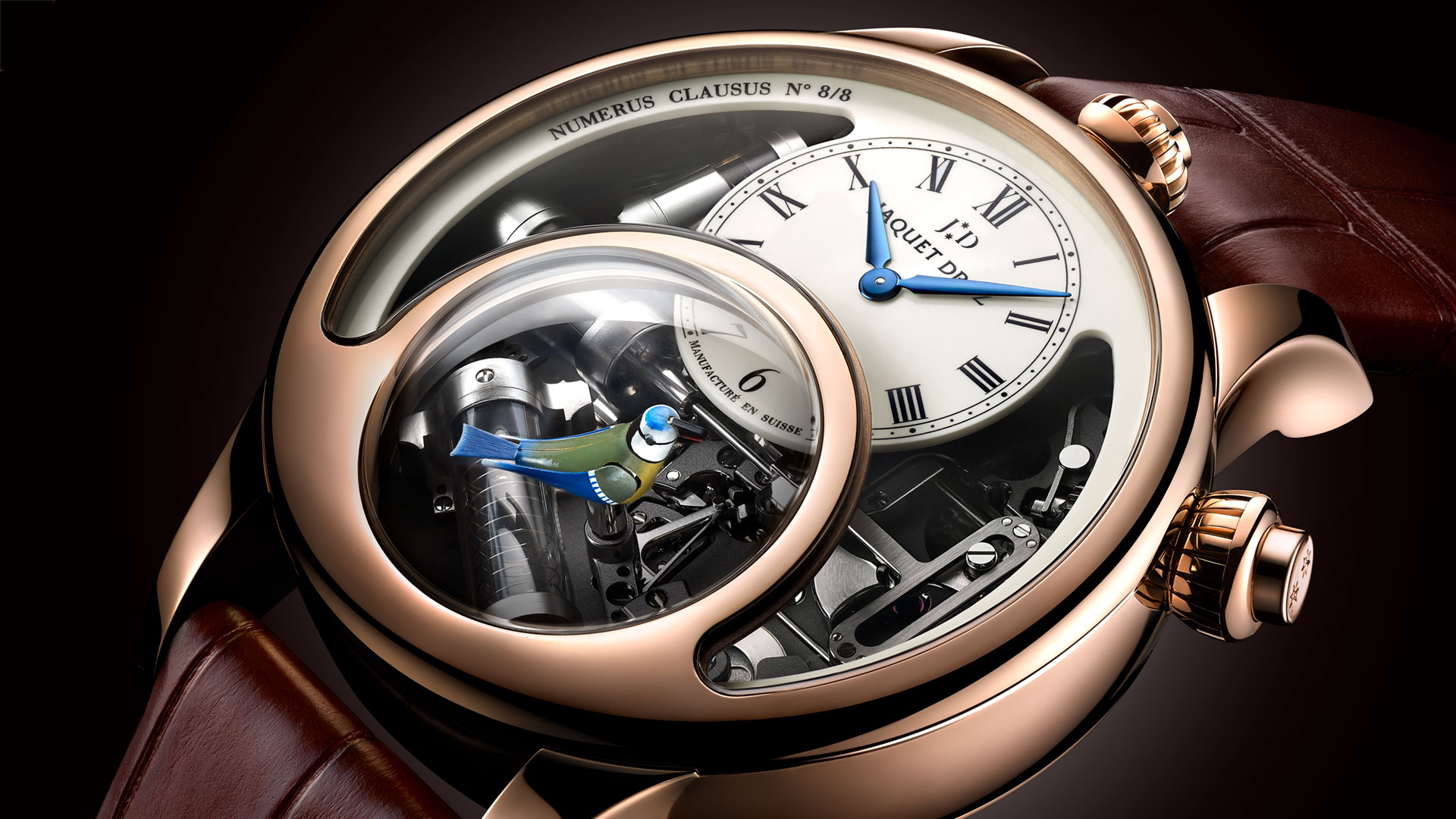 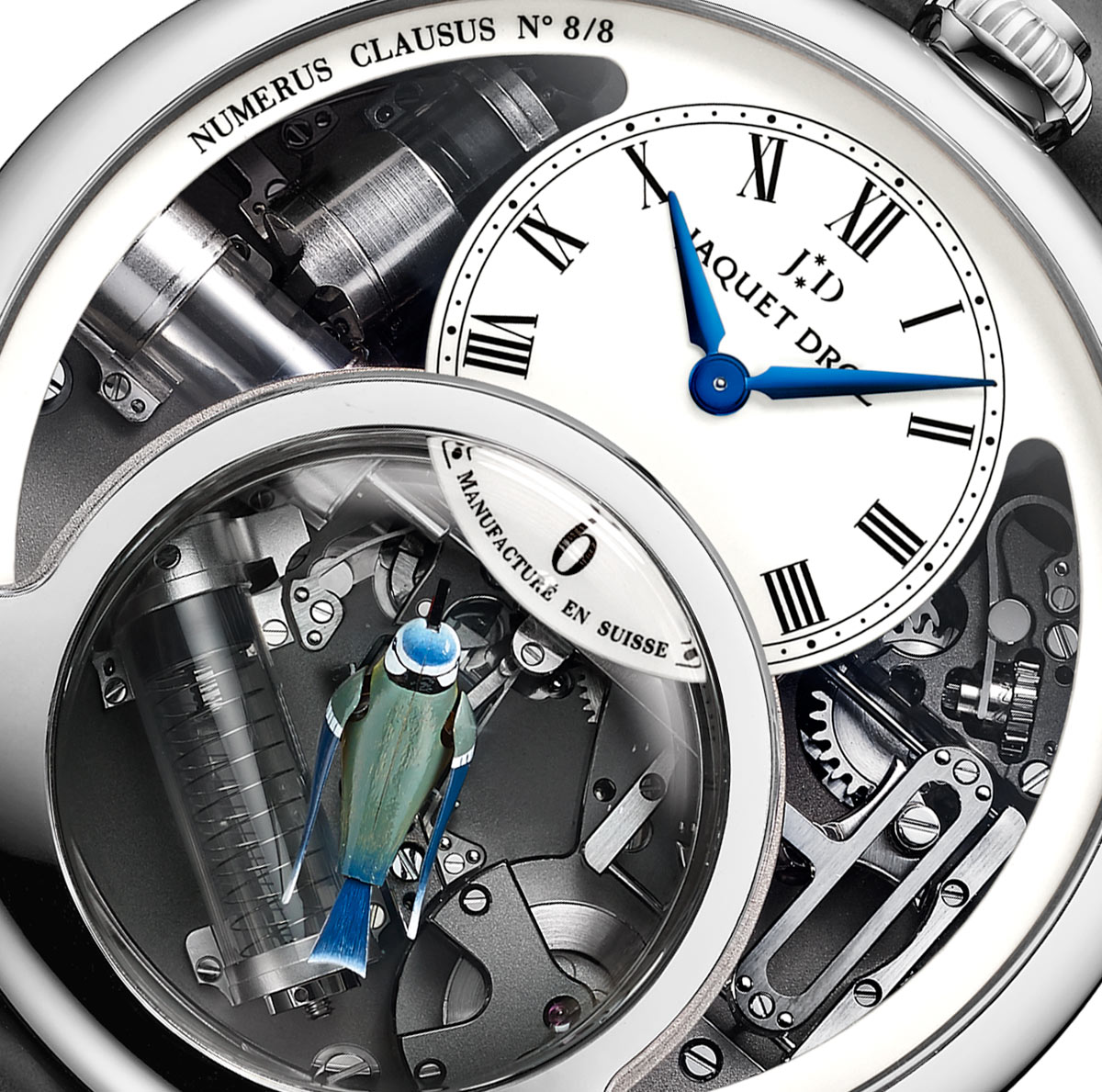 The remarkable Jaquet Droz singing automaton bird watches are modern haute horology marvels that will be familiar to many watch lovers. Based on the work of the brand’s namesake Pierre Jaquet Droz who lived in the 1700s and is known for making animated mechanical figures, sometimes used in ornate clocks, this is the wristwatch-sized evolution of his ideas. The Jaquet Droz Charming Bird, as the line is called, is updated for 2018 with a couple new versions with enamel dials – providing a good excuse to take another quick look. 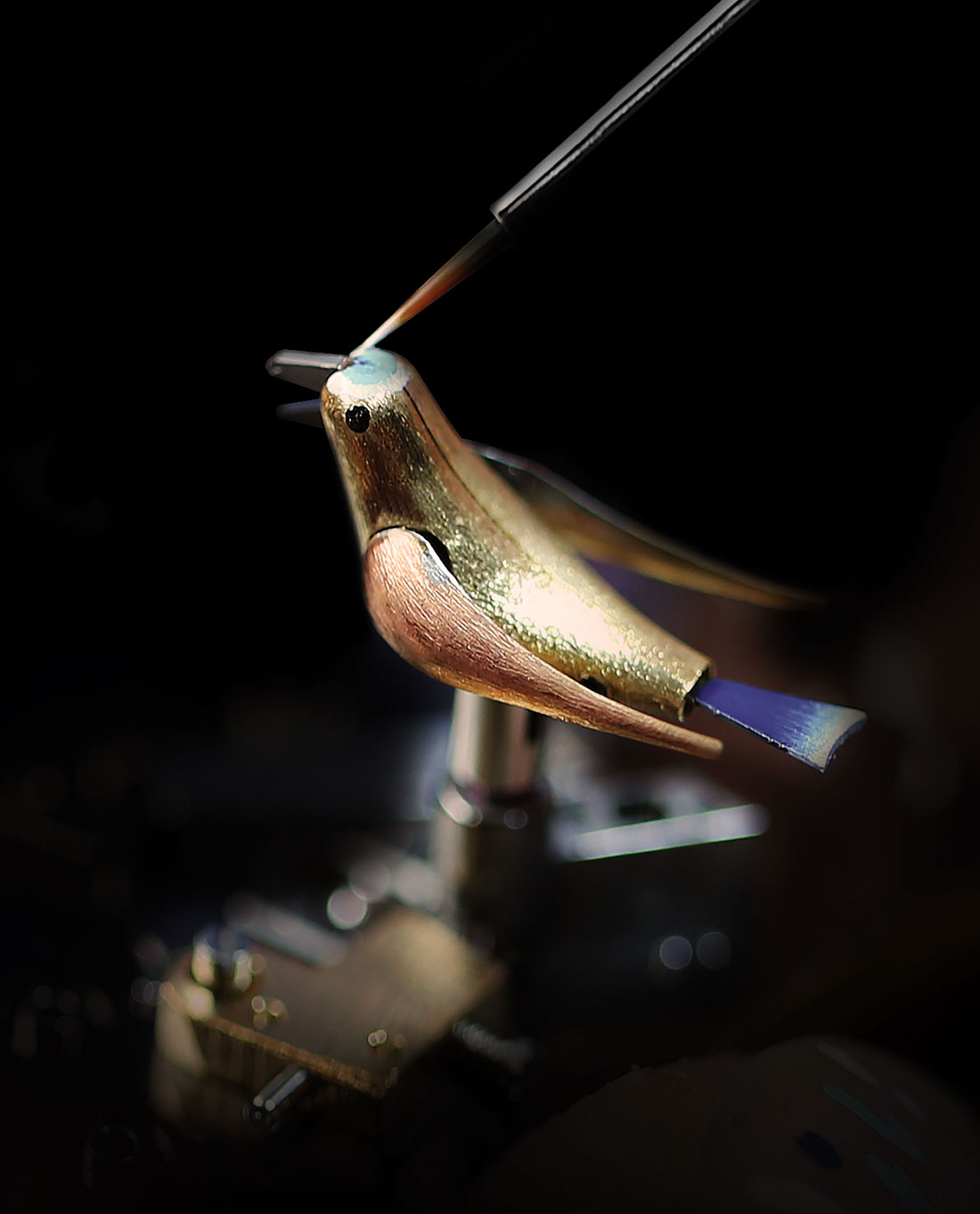 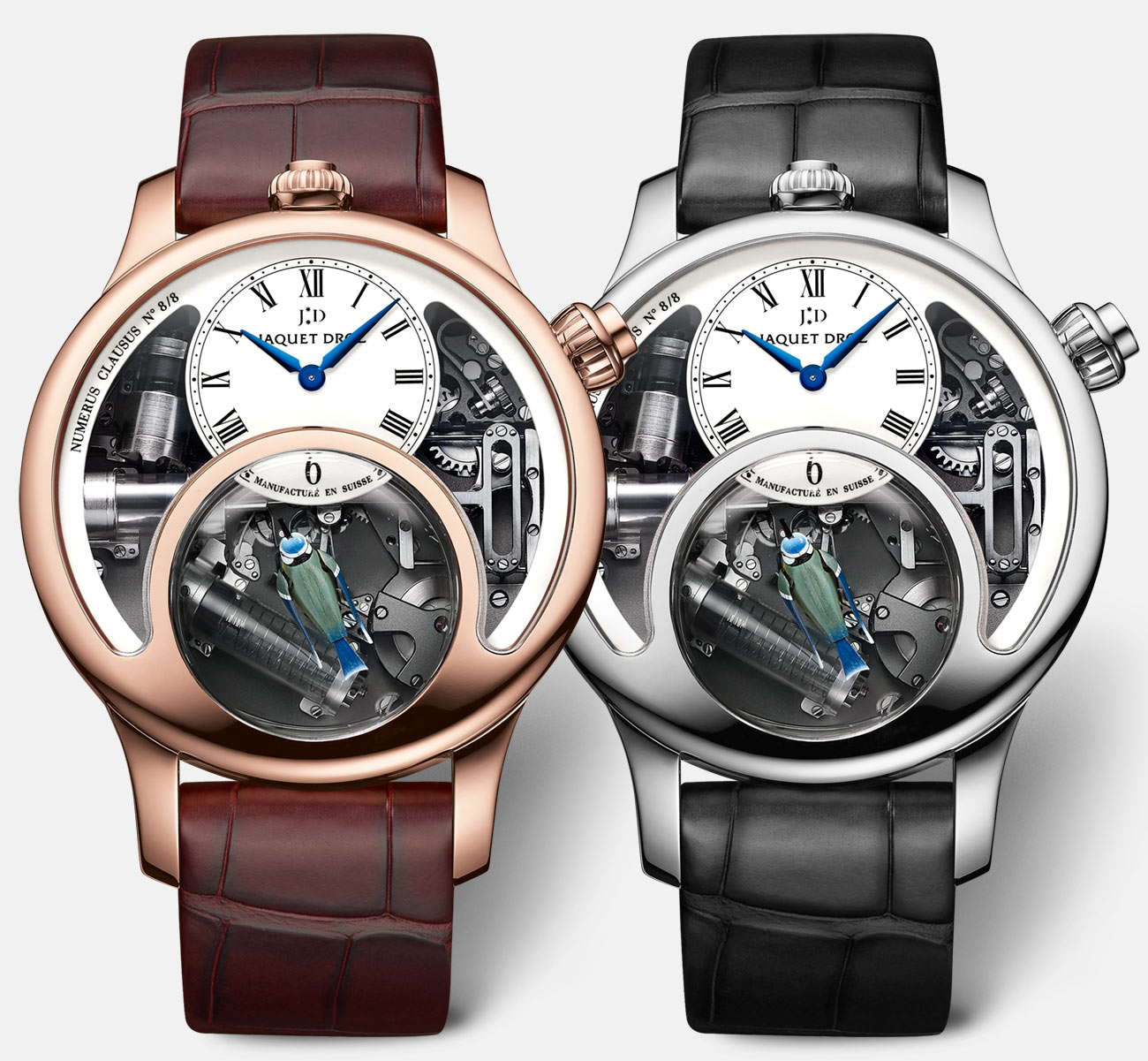 For 2018, Jaquet Droz introduces two new versions of the Jaquet Droz Charming Bird watch in red gold and white gold 47mm-wide (unchanged) cases, each with an “ivory” grand feu enamel dial – ivory referring to the dial color rather than the material, since it is clearly enamel. Enamel dials are lovely, and different color/material options are welcome, but frankly, they are probably the least interesting and exciting parts of a watch that includes a tiny three-dimensional bird that moves around, flaps its wings, and tweets right on your wrist (well, probably not your wrist, but that of someone very, very rich). But we’ll come back to that shortly. Past Jaquet Droz Charming Bird editions had black dials, like the version we saw hands-on here (video included in that post), so these white enamel dials do offer a slightly different aesthetic. 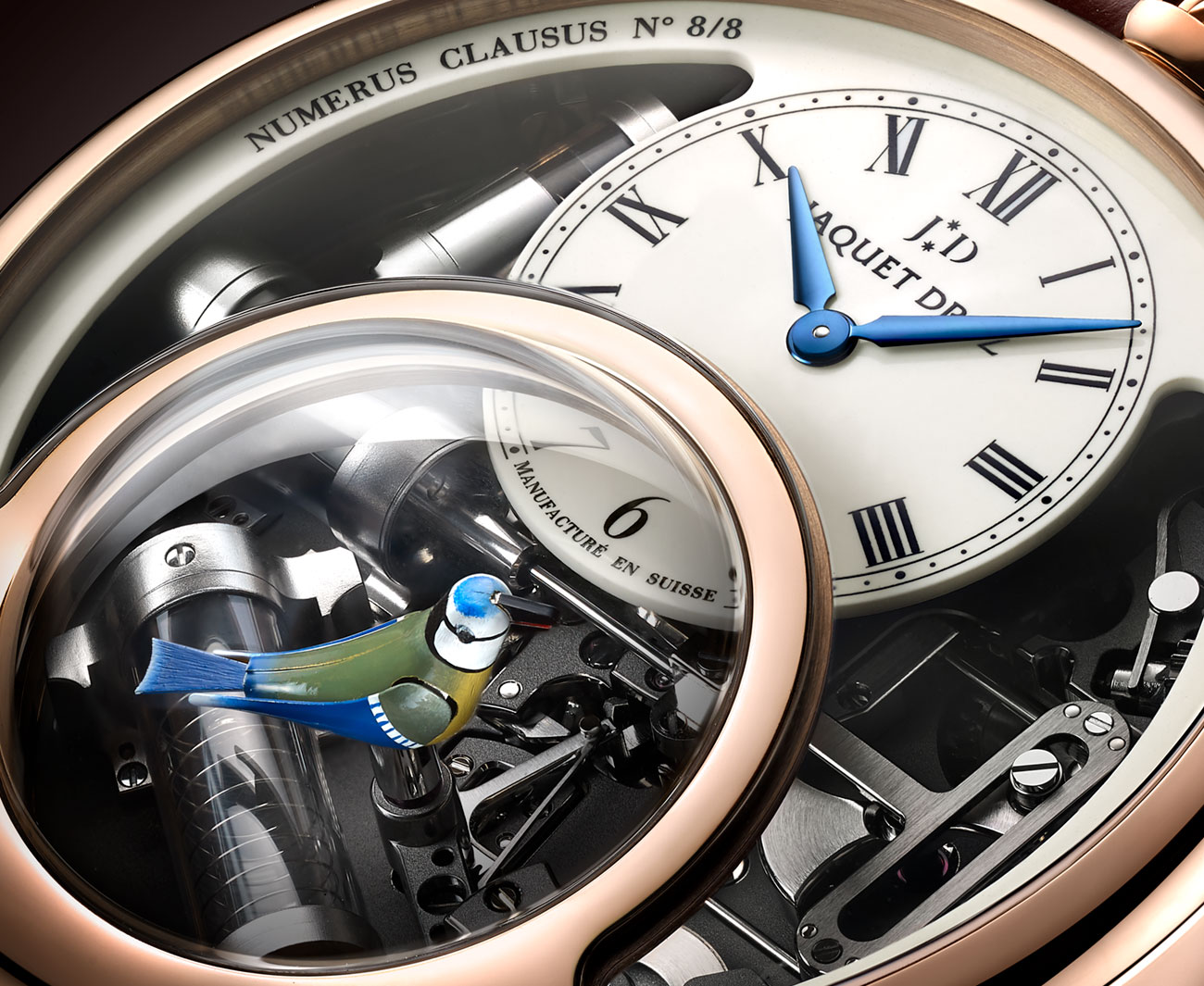 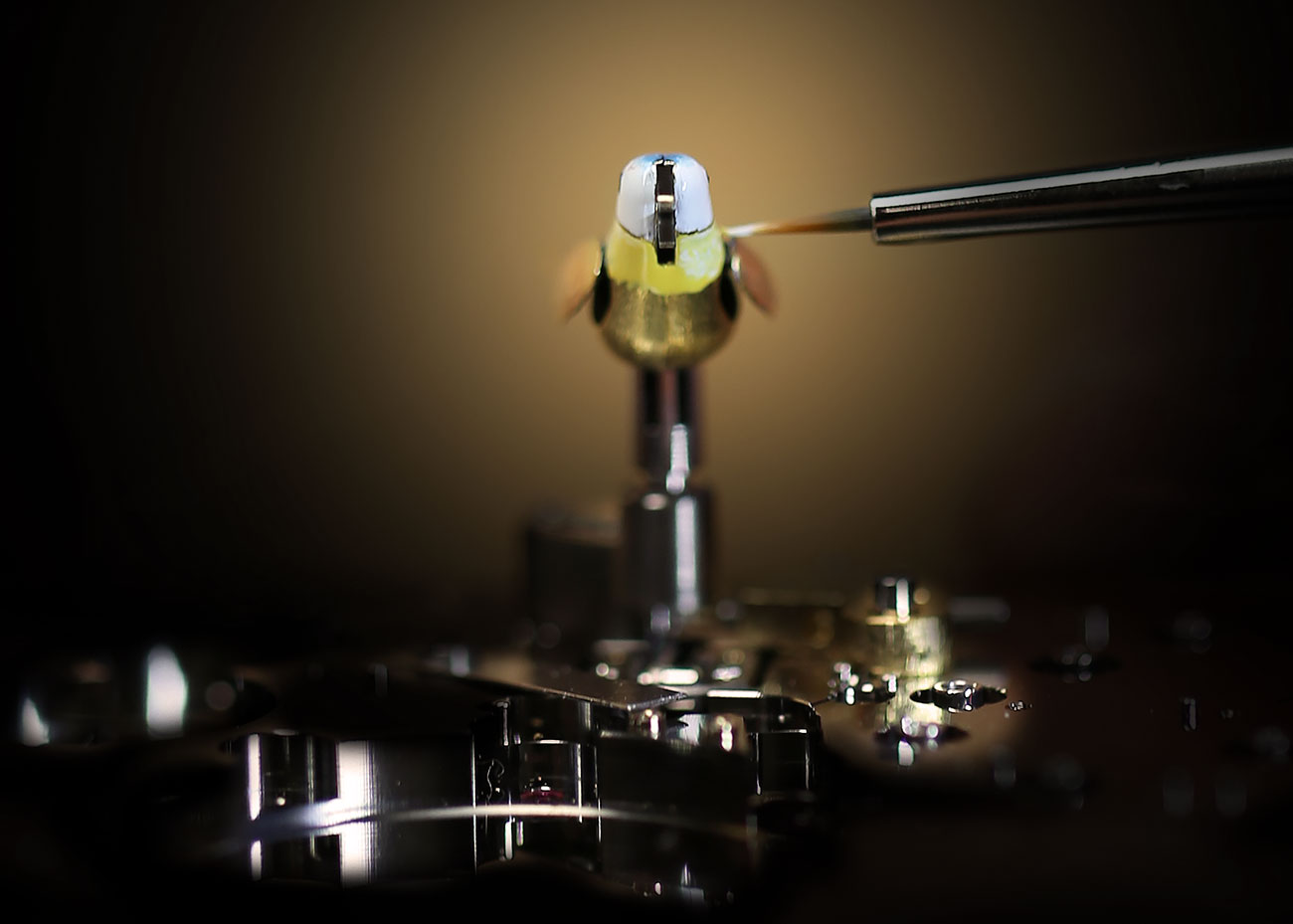 Inside the Jaquet Droz Charming Bird watches, the time-telling and automaton functions have been partitioned as two separate movements. Powering the hours and minutes is an automatic Jaquet Droz 615 movement with silicon balance spring and pallet horns, as well as a platinum rotor, typical features of many Jaquet Droz movements. It operates at 3Hz with a power reserve of 38 hours, and is wound and set by the crown at the case’s 12 o’clock position. Most of the mechanics visible on the watch’s dial side are related to the whistles and animation, and interestingly, the caseback provides a view mostly of a solid plate with some jewels in polished sinks and an attractive bird engraving. 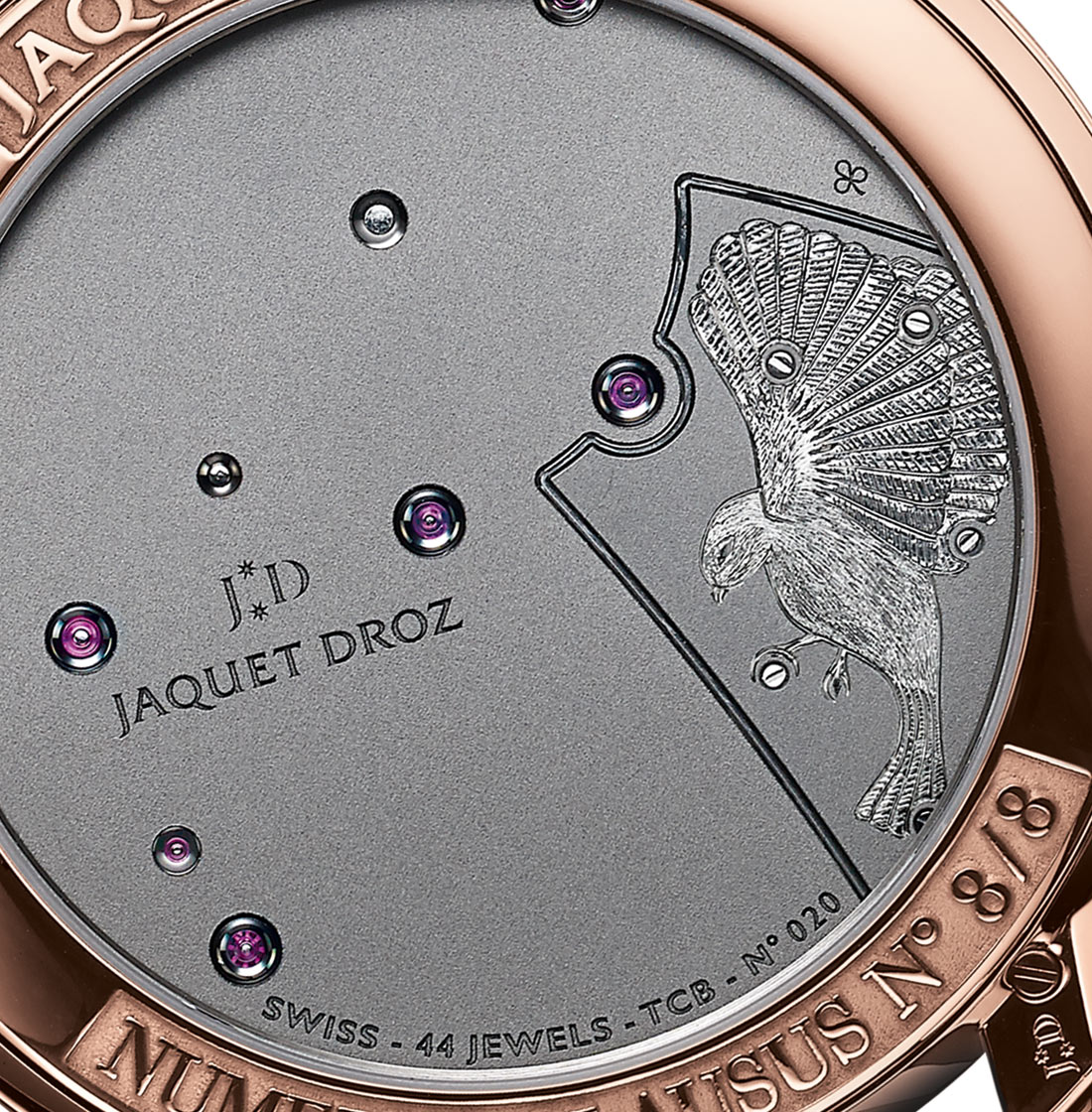 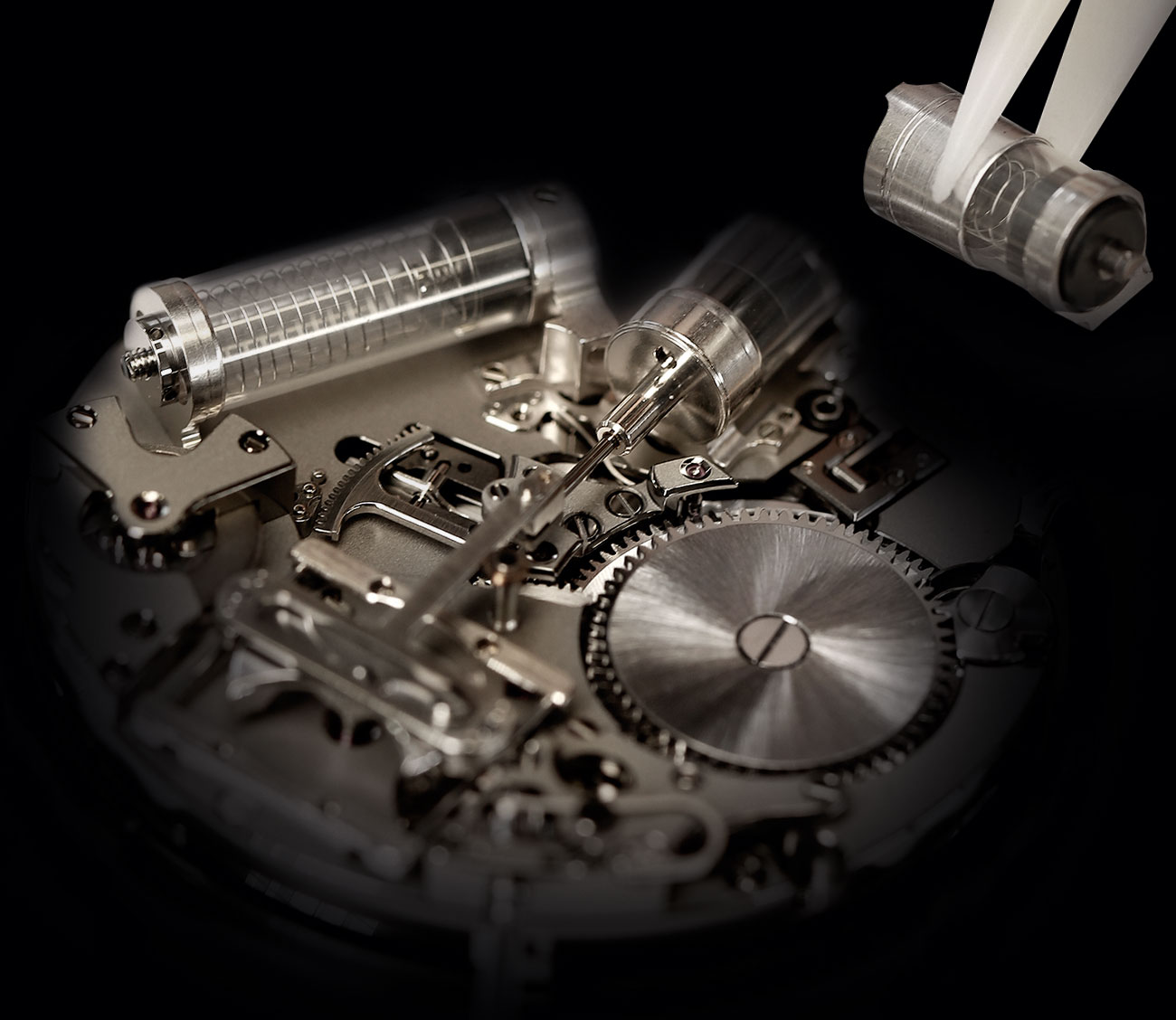 That’s alright, though, since the modern and highly-finished workings visible on the dial side provide plenty of information and interest as well as communicating the entirely mechanical nature of the watch, including its singing and dancing bird. Under its own little sapphire dome, the bird twirls around, flaps its wings, and moves its beak while air is pushed through sapphire crystal tubes to create the chirping birdsong. All three tubes with their bellow systems are visible from the dial side among other moving parts, and their mechanical dance along with that of the bird is all part of the show. Something called a Magnetic Speed Control regulates these functions as well as reducing friction that would cause wear and noise. This musical animation lasts for up to 40 seconds when activated (and can be deactivated) by pressing the pusher in the crown at the 2 o’clock position on the case, after which it will need to be manually wound again via the same crown. 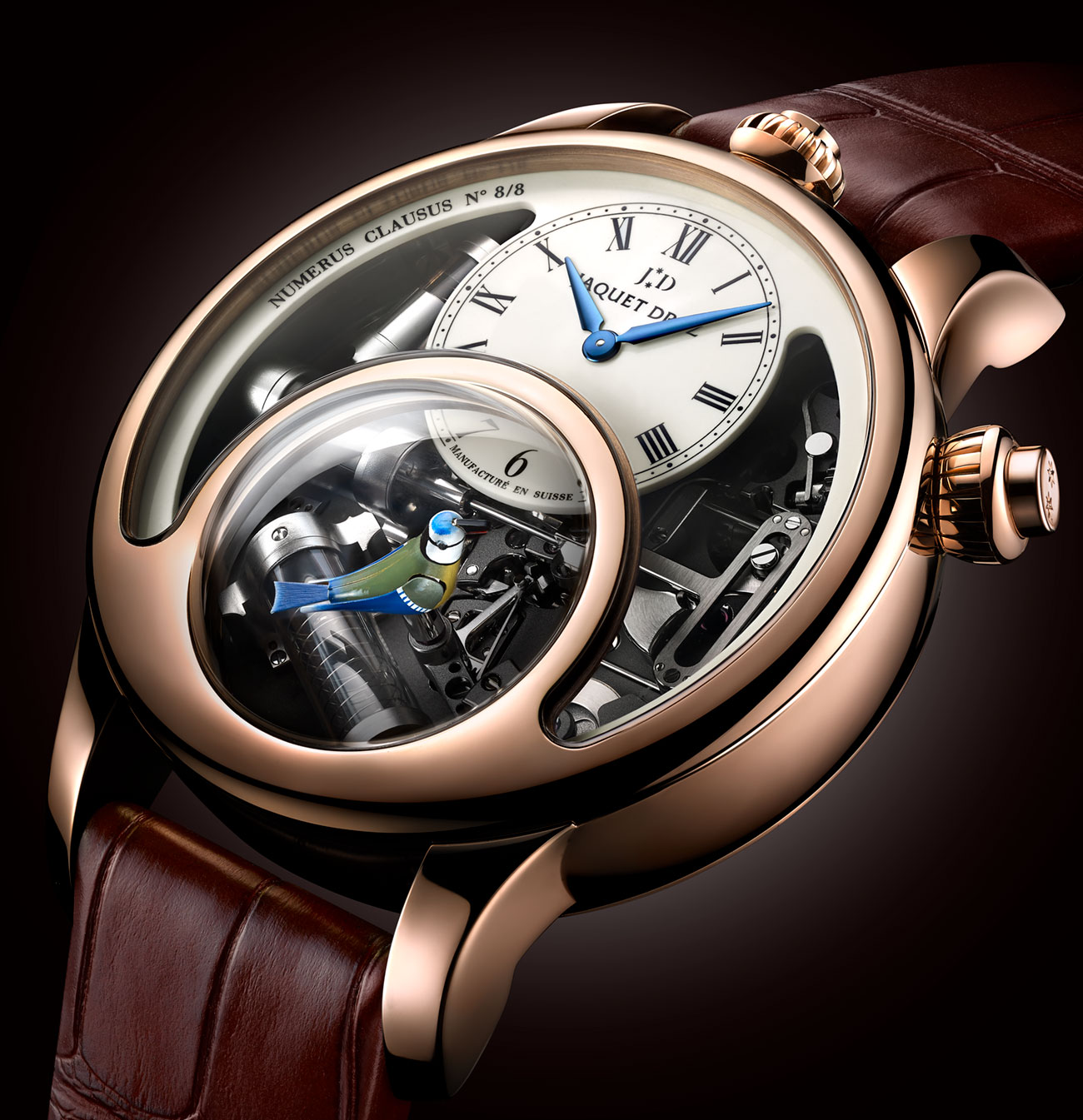 One notable feature of the Jaquet Droz Charming Bird is how sound figures into its design. This involves extensive R&D related to space and materials, not to mention mechanics, as we have discussed in previous articles. Similar acoustic considerations figure into chiming watches – and don’t confuse the Charming Bird with Jaquet Droz’ Bird Repeater watches (as here, hands-on with video) which are also quite charming and fascinating, as well as featuring automaton birds, but which chime rather than whistle. The recurring animated bird theme reminds me of cuckoo clocks, a fun piece of horological history that is otherwise hard to incorporate into modern watches. The Jaquet Droz Charming Bird watch will be a limited edition (“Numerus Clausus”) of eight pieces in each color for a price of $399,000 apiece. jaquet-droz.com