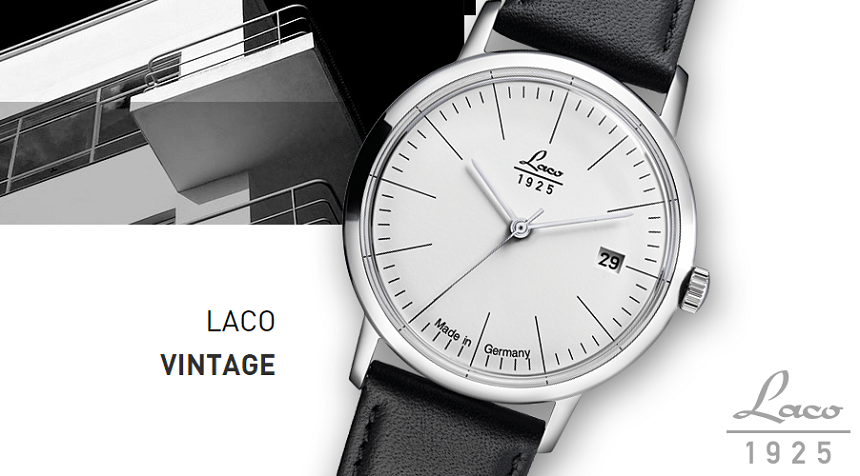 What makes a watch ‘luxury’? Is it any timepiece with a significant price tag? UK watch retailer Page and Cooper think not.

Managing Director, Jonathan Bordell, founded Page and Cooper on the belief that a luxury timepiece is one of quality and exclusivity, rather than clever marketing and price.

Searching far and wide, Jonathan has made it his personal mission to source watches from small scale, independent companies. The likes of which are still operating using age old techniques and methods of manufacture to create well-designed, beautifully made, and often very rare watches.

Jonathan has been the catalyst for exposing watches that reveal extraordinary stories and heritage.

The latest addition to the Page and Cooper brand are German watchmakers Laco. Established way back in 1925, Laco started out life encasing Swiss movements into German engineered cases.

Laco were responsible for manufacturing legendary pilot watches during the 1940s, praised for their precision and reliability they soon became known for their incredibly accurate and reliable timepieces.

Following the end of the Second World War, Laco’s hand-winding models became much sought after and the development of their chronometer in 1957 put them well and truly at the forefront of the German watch industry. They rewrote horological history in 1961 with the Laco Electric. The first ever reliable electric timepiece to be produced in the world!

The following years saw them develop the thinnest German-made movement, the Planomat measured just 4.6mm in height. Continuously developing their designs and using the latest manufacturing techniques while keeping to their tradition of quality, Laco are still as innovative today as they were in 1925, they combine timeless style and design with reliable and accurate movements to produce stunning pieces that look as good with a suit as with jeans and a t-shirt.

Laco have produced a range of ‘Navy Watches’ based on their marine pocket watch which was used in the 40s, the same easy to read dial and high quality mechanical movements have been used in the Navy collection of wristwatches.

To celebrate their 75th birthday in 2000, they re-launched their original pilot watch limited to just 75 pieces, all of which sold out immediately. The name ‘Laco’ stands for following a route, their original pilot watch was designed to help pilots find their location and route as effortlessly as possible. In both the original and the re-launched Pilot watch collection the hands, numbers and figures are coated in Superluminova C3 to ensure they are easily visible in low light.

Page and Cooper stock a range of Laco timepieces from the classic Laco Vintage with automatic movement, stainless steel polished dial, easy to read face protected by mineral glass, a hardened mineral crystal case-back and black real leather strap finished off with a stainless steel buckle. To the more contemporary Laco Absolute designed by Braun designer Dietrich Lubs who alongside Dieter Rams designed the original Braun watches between 1989 and 2001.

Page and Cooper take enormous pride in offering exclusive and deserving watchmakers. If your definition of luxury extends to objects which are made with integrity, craftsmanship, style, and a sense of history, head over to pageandcooper.com and check them out.