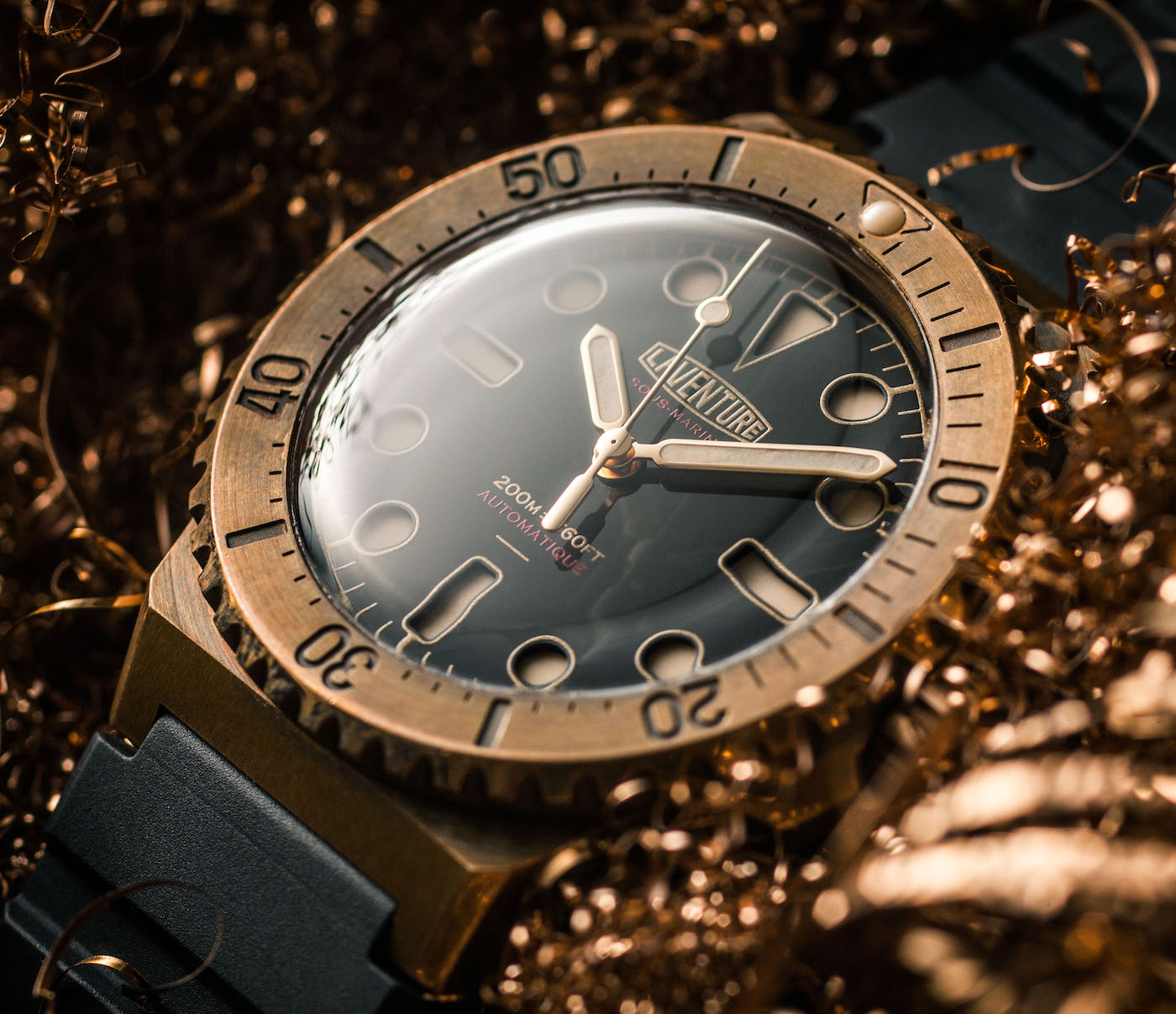 Currently, my favorite thing to do is trawl the internet, the nooks and crannies of trade fairs, and every crowd-funding site going in search of new and interesting microbrands. Over the last three years, I’ve bought into several interesting projects, and vacillated over countless more, often kicking myself later whenever I fail to pull the trigger. One brand I’ve never regretted buying in to is Laventure. The Laventure Sous-Marine watch is their latest piece. Available in two case materials, with black, blue, and green dials available in each, it’s a nicely sized release with each style limited to just 50 pieces. 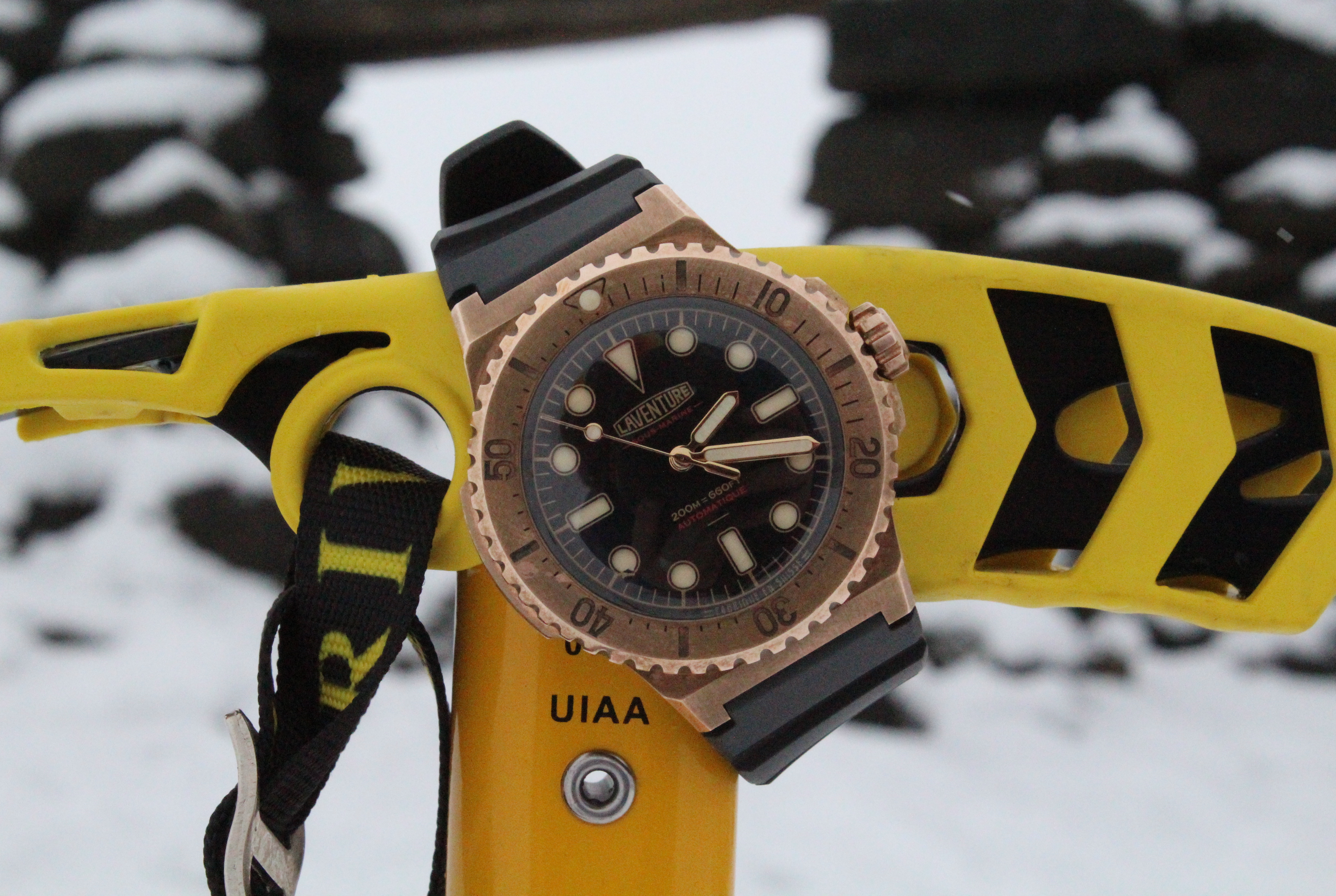 What Makes a Microbrand Micro?

You can define a microbrand in a myriad of ways. For me, the simplest definition is an independent brand seeking to provide an excellent product at a competitive price, usually via a direct sales model with an emphasis on organic growth via social media channels. 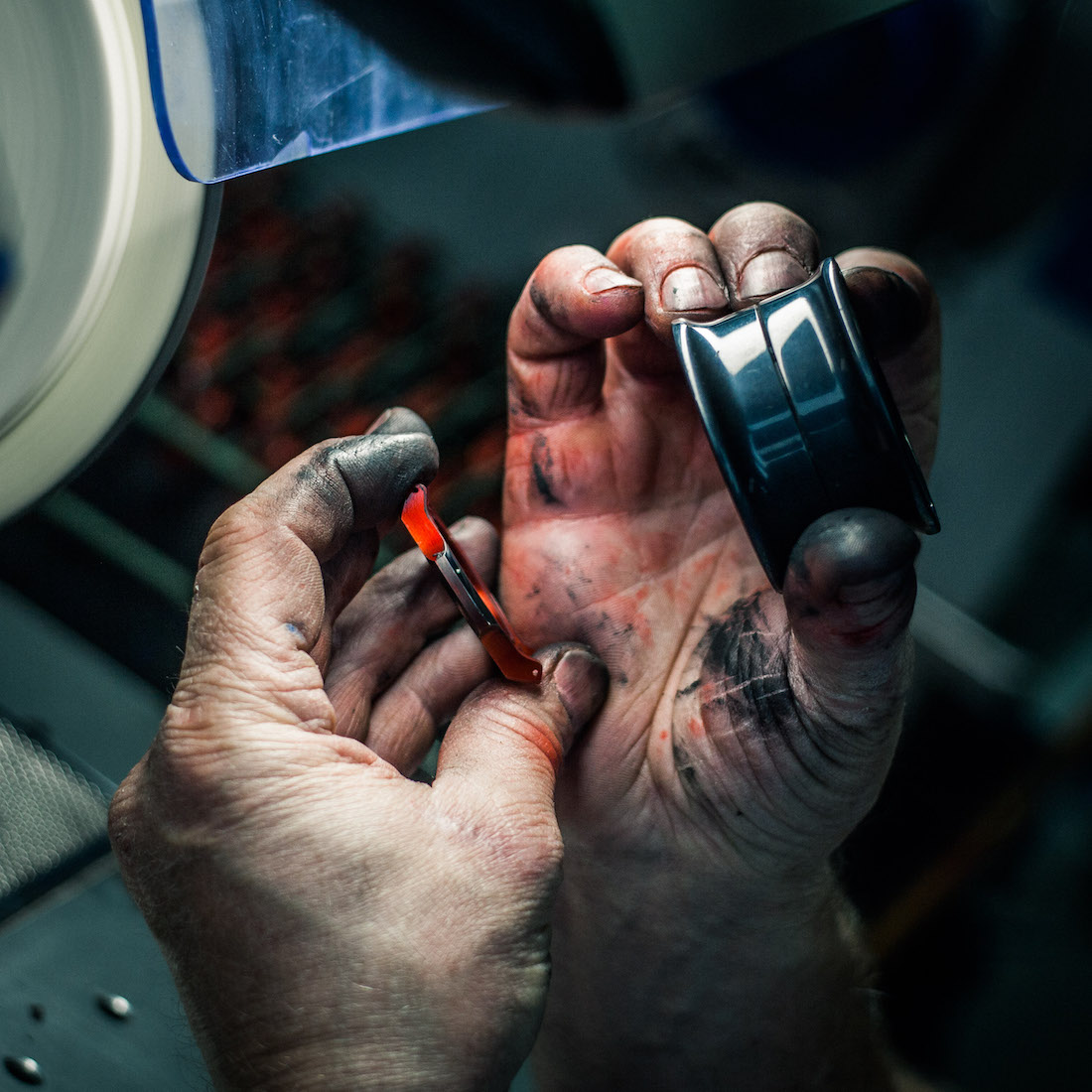 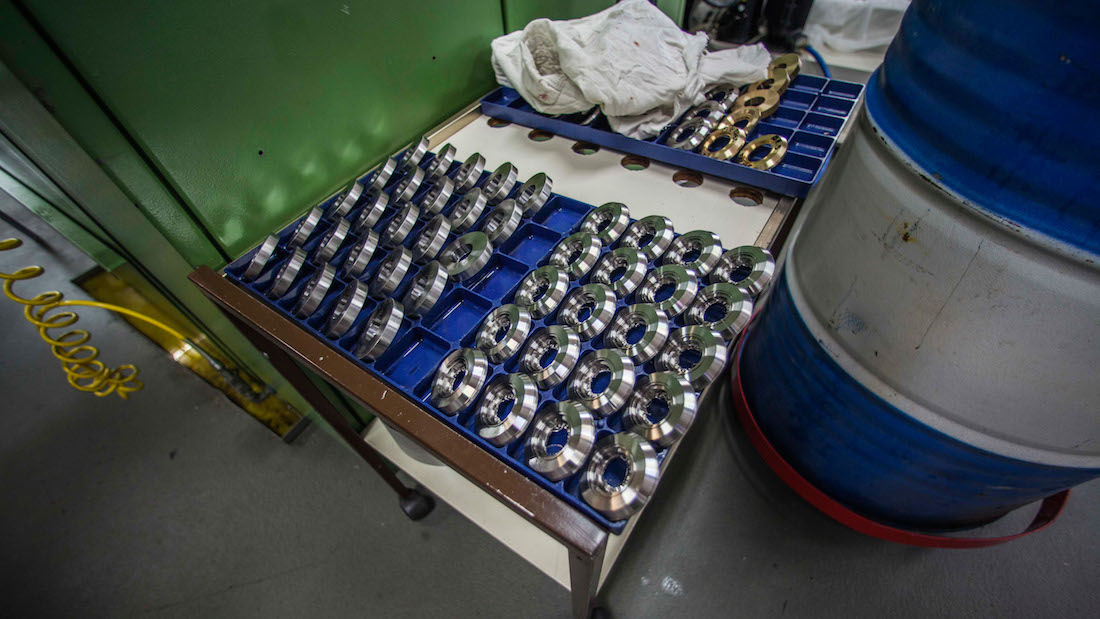 Exactly how much a micro should charge for its wares is a contentious issue. For me, putting a hard cap on it doesn’t really tally, in an absolute sense. Defining a true microbrand requires a little bit of discernment. Specifically, it requires you to appreciate that an expensive product can still offer exceptional value. 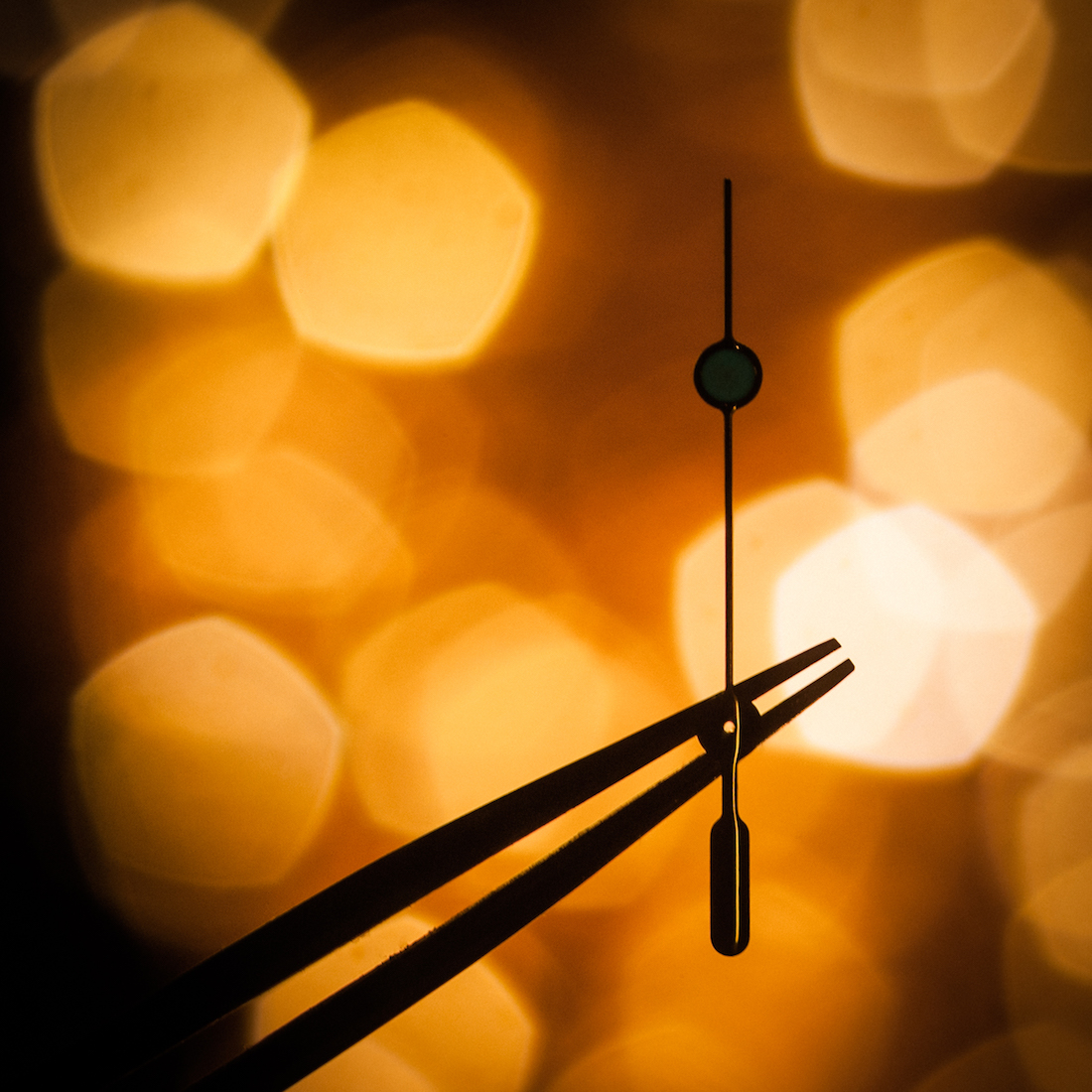 All the watches released by Laventure so far have featured the tried and tested ETA 2824-2. It is regulated in five positions, with a 38-hour power reserve and 28,000vph operating speed. The top grade 2824-2 is an industry stalwart. It is a solid tractor movement for any start-up to rely on. 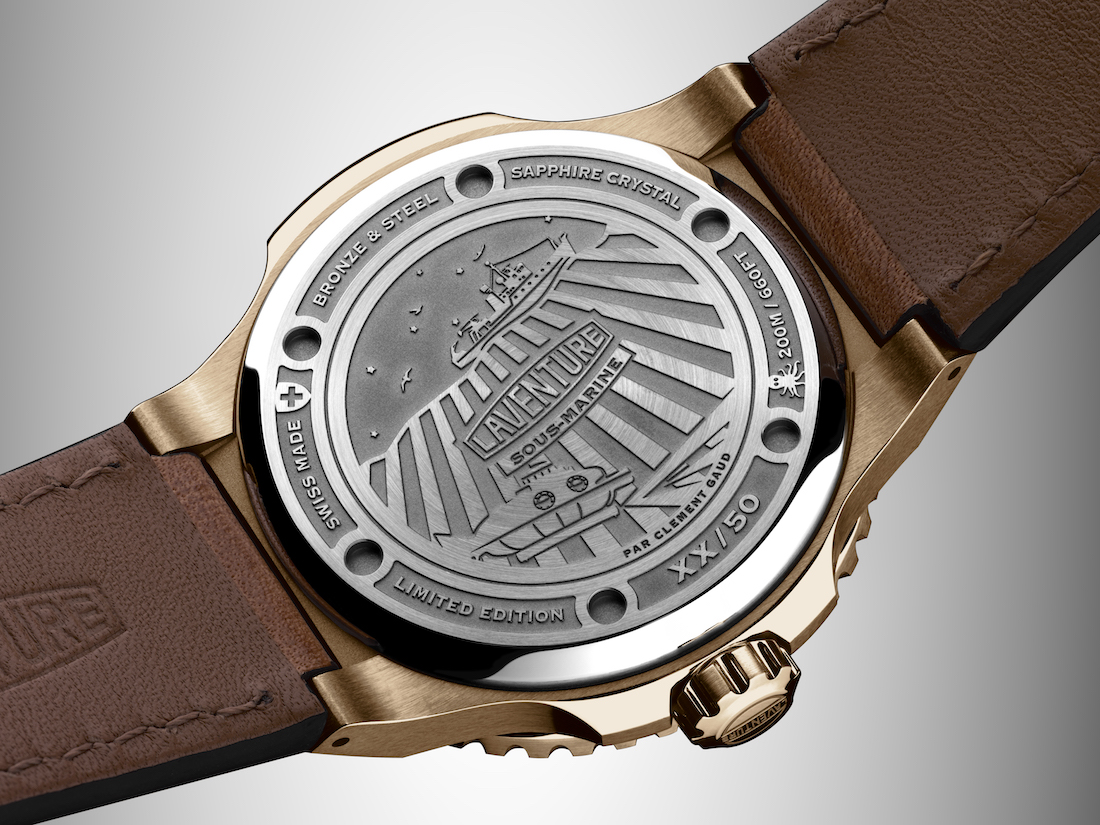 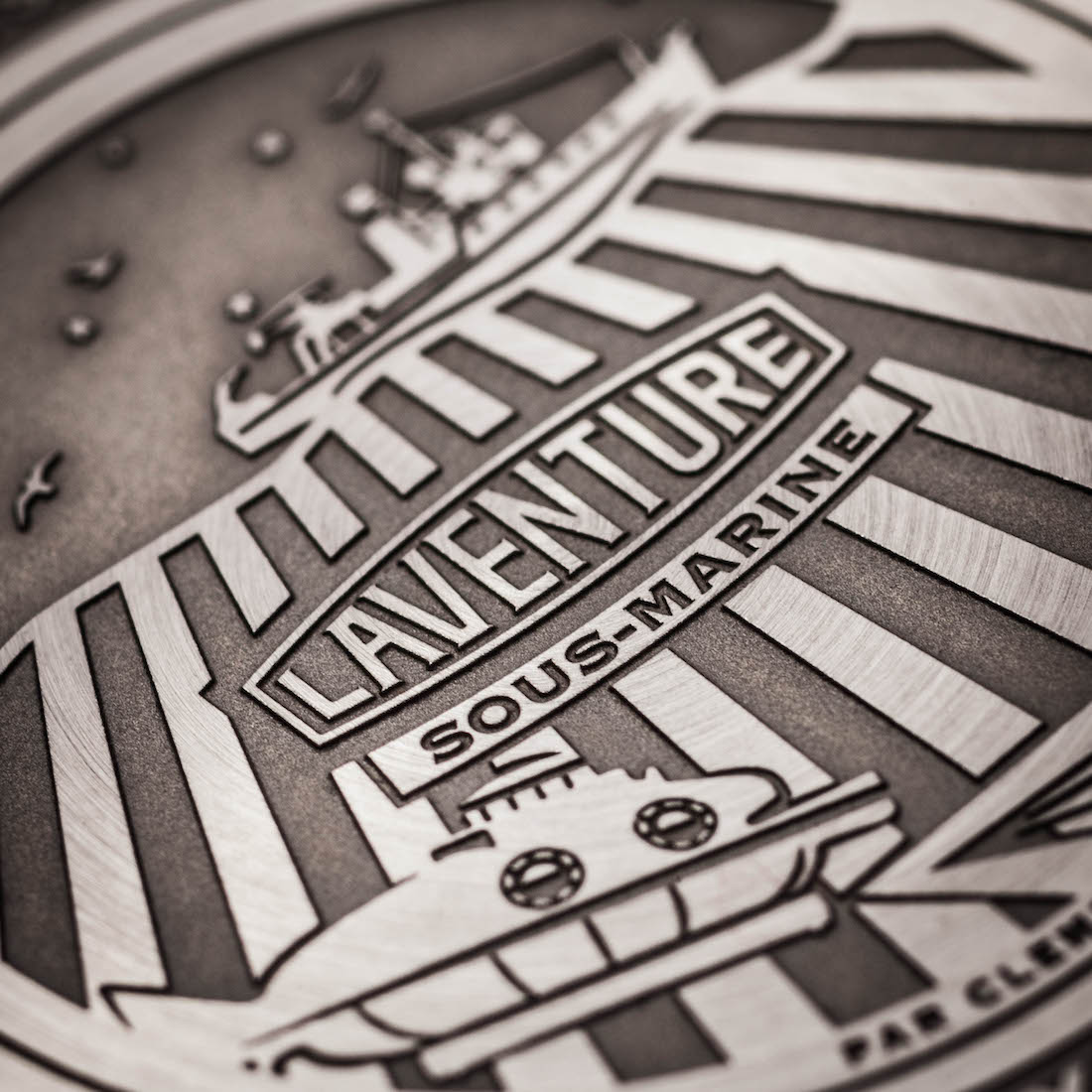 The Sous-Marine movement features a higher-grade finish than its forerunner but hides this behind a closed caseback. Consequently, the decorated rotor has been done away with. Normally, I’d be upset about such a sacrifice, but not in this instance. The exquisitely engraved caseback was one of the things that drew me to the Sous-Marine. The image itself — a quirky ocean scene — is beautifully illustrated and so deeply engraved I just had to have it. It’s an expensive process that simply has to be perfect in order to justify itself. But the man behind the brand is used to making these decisions.

The owner of the brand and chief designer is a man named Clément Gaud. Gaud’s pedigree is beyond reproach, having worked for five years in a top-level watch design agency in Switzerland. In 2017, he decided to set out on his own and Laventure was born. His influences are obvious. Shades of Gerald Genta pop up throughout the case that still retains the character of a rugged adventure watch. 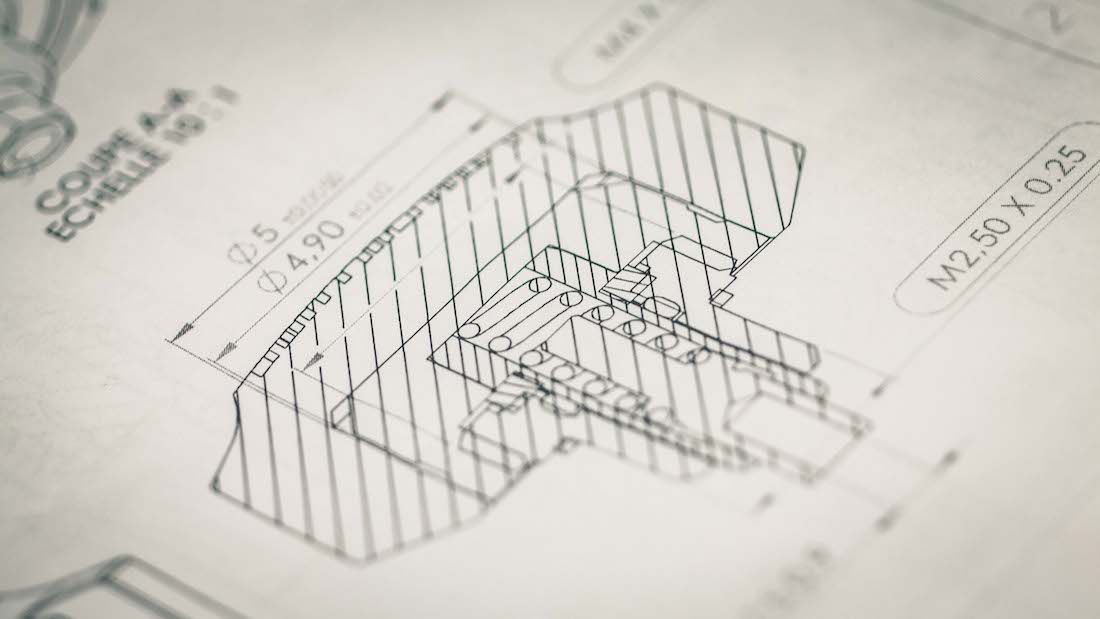 Crucially, though, Gaud has placed a strong emphasis on manufacturing quality. The result? A tough, sharply machined watch that is perfectly suited to its intended environment. It is able to be at once an homage to the past, as well as a stride into an independent future. 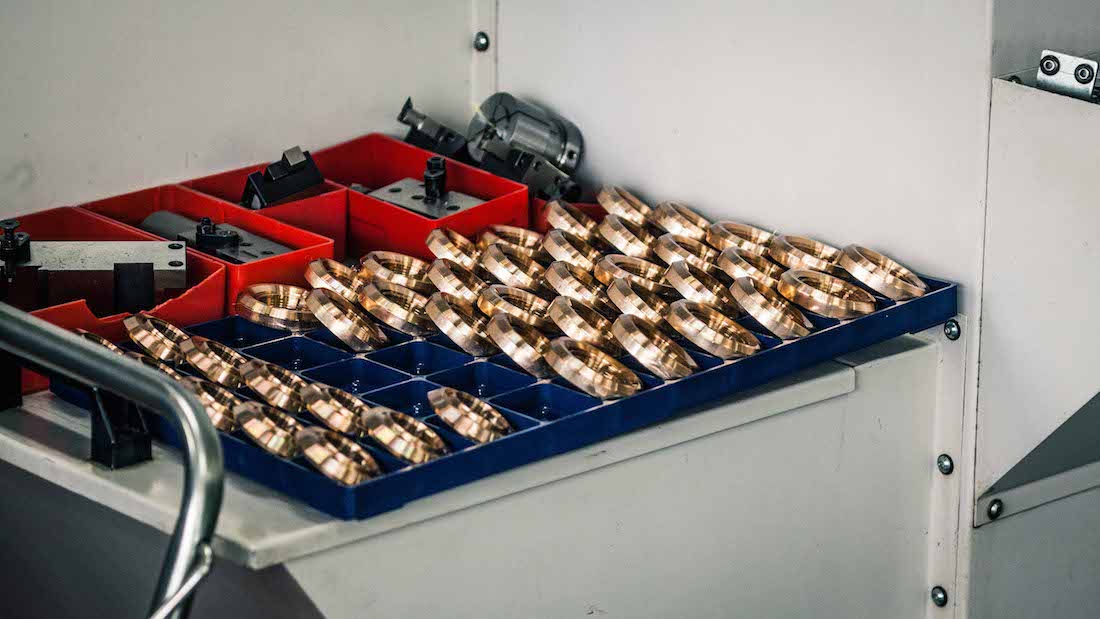 The Sous-Marine comes in two case options. Both are 41mm and water resistant to 200 meters. For the traditionalists, there is a stainless-steel version, and for those looking for something a bit different (and wholly on trend), there is a Bronze (CuSn8) option. CuSn8 bronze is an alloy comprised of copper and tin, a marine grade alloy known for its durability. A cheaper alternative is aluminum bronze. Some watch companies do use this for its different appearance, as well as cost-effectiveness, but it is slightly inferior to the bronze used here. 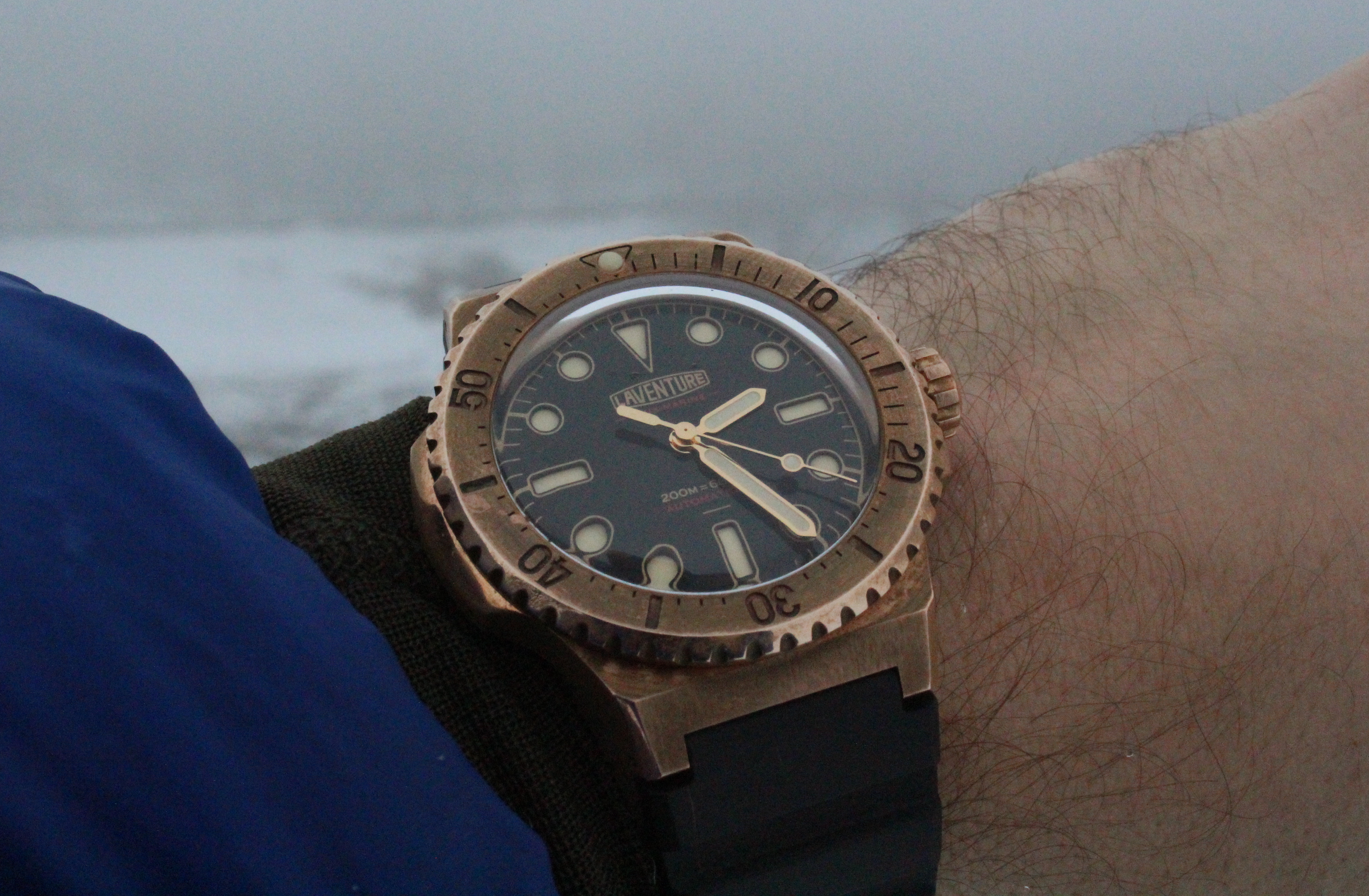 The aesthetics of the two alloys are different, and a little research shows that there is some variability within the manufacturing process of CuSn8, itself. The CuSn8 of the Laventure Sous-Marine watch starts out life surprisingly red given its tin content. CuSn8 is known for developing a dark brown patina over time, whereas aluminum bronze is supposed to become redder, so this was something I kept an eye on as the watch started to age. 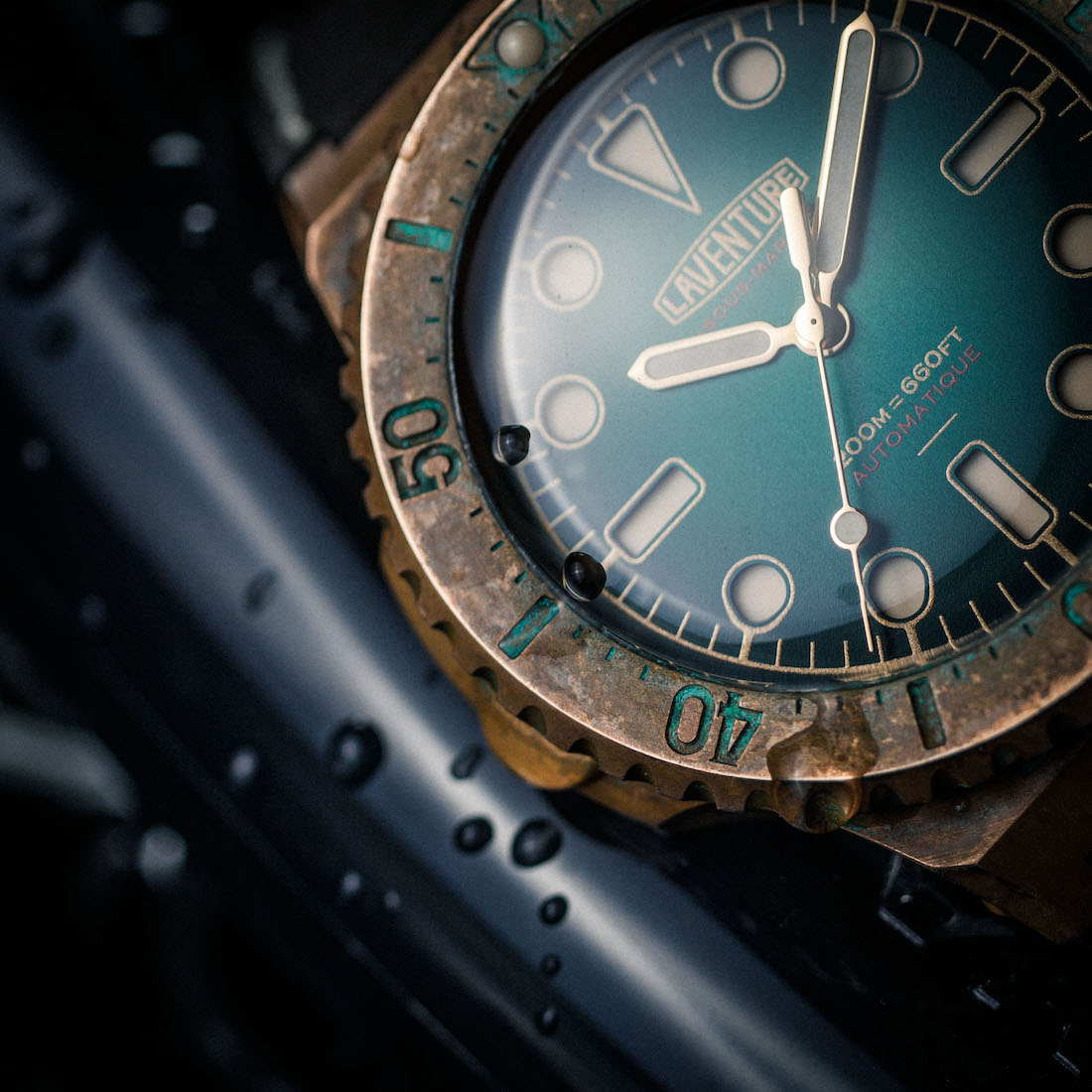 In the past, I’ve steered clear of bronze watches simply because my sulphuric sweat makes forced patination look like a relaxing dip in a galvanic bath. That said, the aging process of this piece has delighted me. It very quickly started to patina, but not in the muddy way I was expecting. 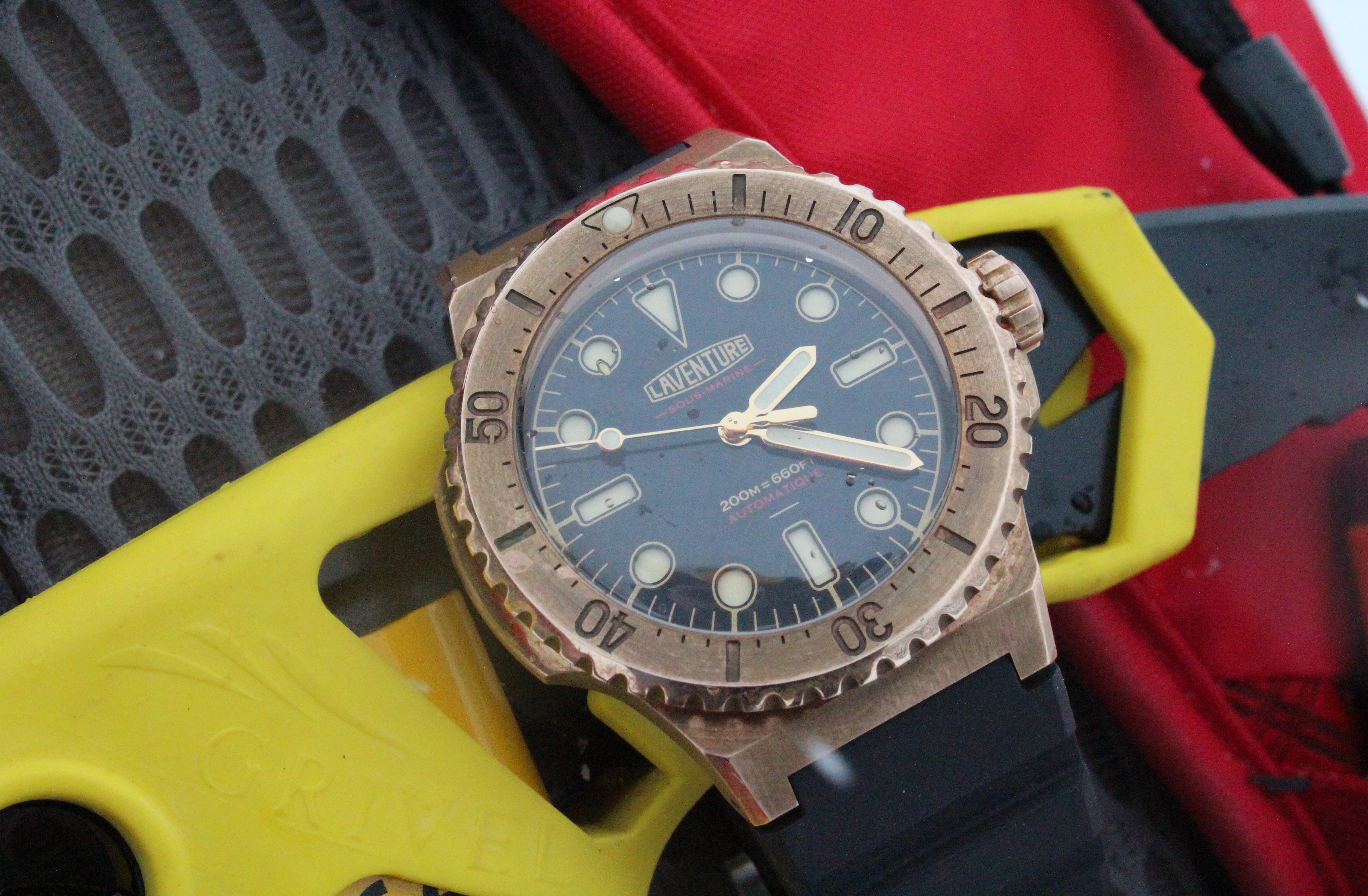 For me, the aging process alleviated the associated pressure of owning a luxury watch. I’ve dinged cases in the past, and although I tell myself it adds character, it never fails to annoy me. I’ve got a long way to go before my Laventure Sous-Marine reaches the ocean-dwelling-level of patination seen on the brand’s Instagram, but I’m almost willing it there. And for the first time in my life, I’m not in the least bit concerned about the knocks and scars it will inevitably sustain on my wrist.