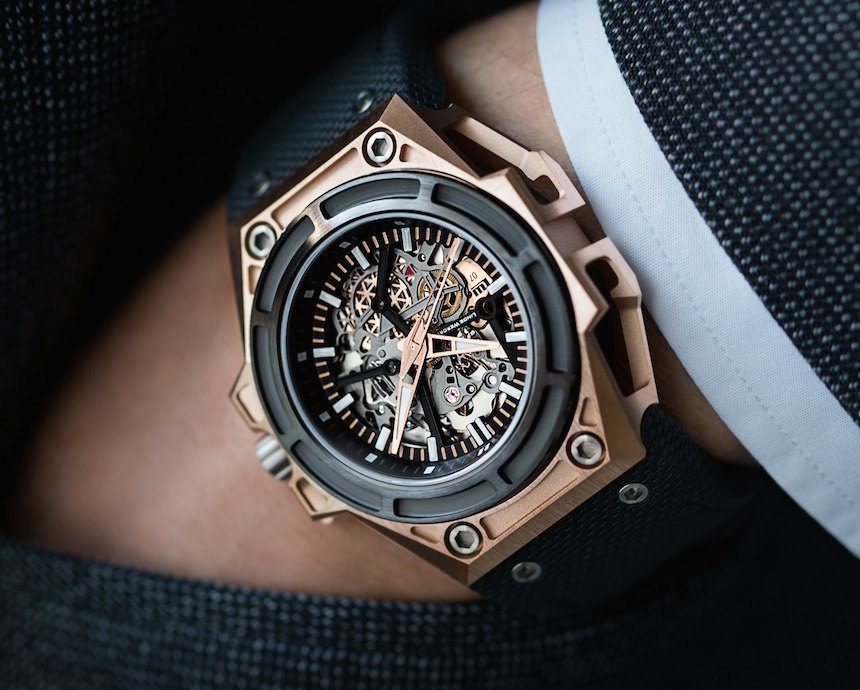 Announced on the eve of Baselworld 2015, Linde Werdelin has dropped a duo of Spidolite models that feature a new movement and updated dial designs. Officially launching the 4th generation of the Linde Werdelin Spidolite series, these limited edition pieces will be available later this month in either titanium or rose gold.

The form factor of the case remains unchanged from the Linde Werdelin Spidolite’s decidedly-cool older siblings, with a width of 44mm and a thickness of 15mm. These new Linde Werdelin Spidolite watches use anti-reflective sapphire crystals and have a water resistance of 100m (330 ft). The dial design has been changed over that of previous models with a more open view of the movement thanks to additional skeletonization. So much skeletonization in fact, that the new Linde Werdelin Spidolites offer a clear enough view of the (now open) mainspring that it can function as a simple power reserve, as indicated by the small red triangle on the dial (the mainspring is situated roughly between four and five on the dial). 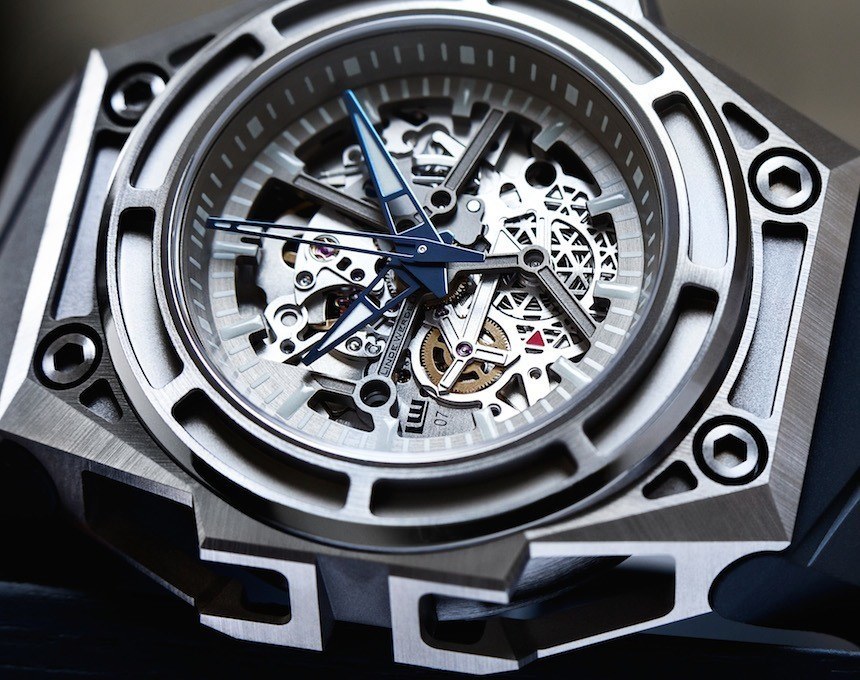 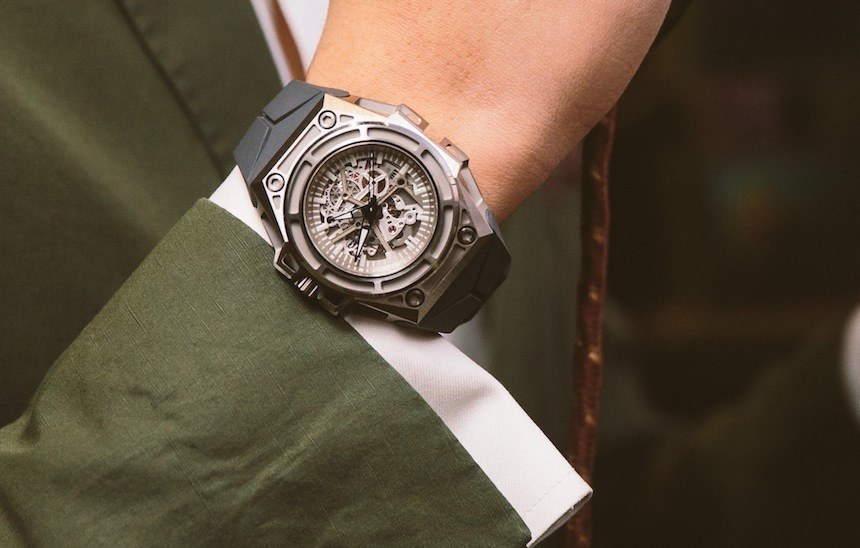 The new LW07 movement was developed in collaboration between Linde Werdelin and movement maker Chronode SA. The LW07 is an automatic 4Hz movement with a 42-hour power reserve and 20 jewels. Unlike the LW04 seen in past versions of the Linde Werdelin Spidolite, the LW07 uses a central seconds hand that opens up a large section of the dial for a more expansive view.

The Linde Werdelin Spidolite Titanium features a grade 5 titanium case and bezel that have been treated to a satin and microbille finish. The dial is a matching mix of grey tones which, when combined with the blued steel handset, offers excellent contrast despite its visual complexity. 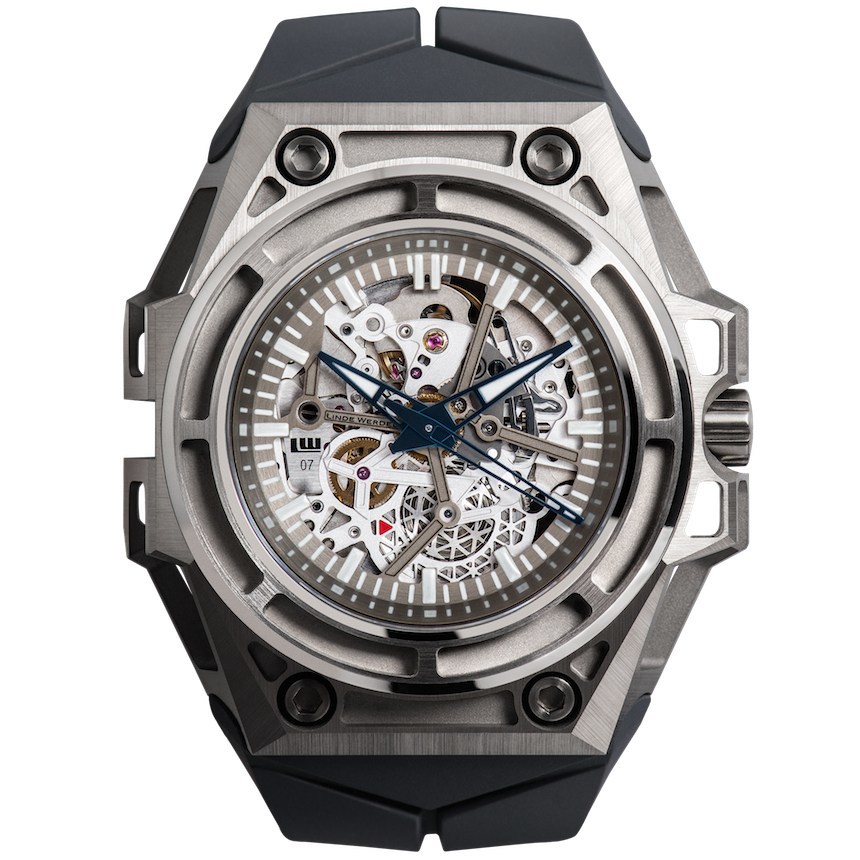 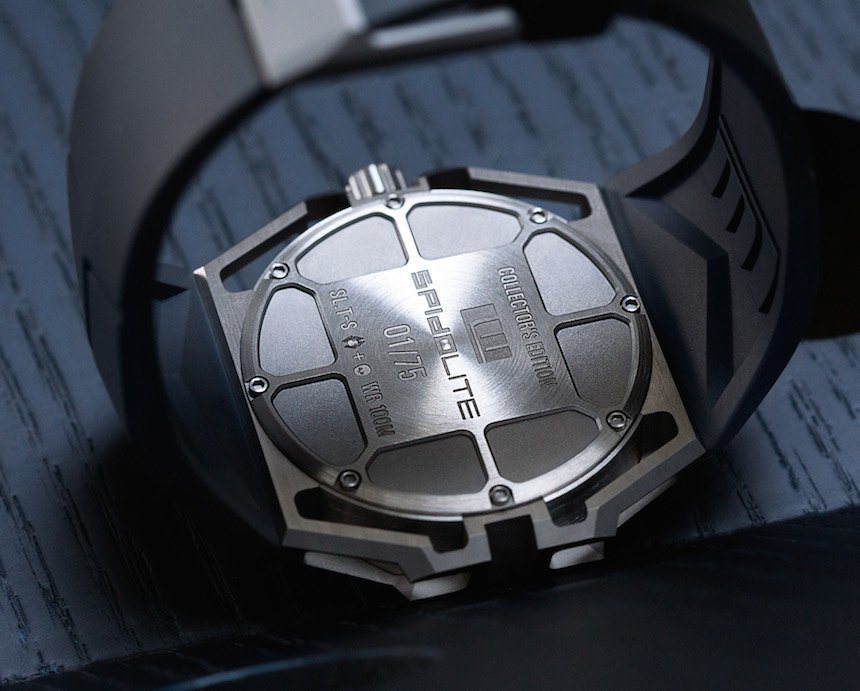 I really like the lighter, almost white, tone of the movement structure that makes up much of the “dial,” as it combines nicely with the warmer tone of the titanium case and allows the small arrow which indicates the mainspring tension to leap off the dial.

The Spidolite Gold swaps the titanium for an 18k gold outer case and an inner case made of DLC black titanium. The bezel is made from ceramic and has both polished and brushed finishing. While I am not generally a fan of gold watches, the Linde Werdelin Spidospeed Gold has always been something of an exception, as it’s one of the least grandpa-ish gold watches I can think of. The Linde Werdelin Spidolite Gold carries a very similar look that successfully juxtaposes the gold with the concept of a lightweight sports watch. Yes it’s too flashy for a sports watch, but that doesn’t diminish its cool factor in the world of luxury watches. 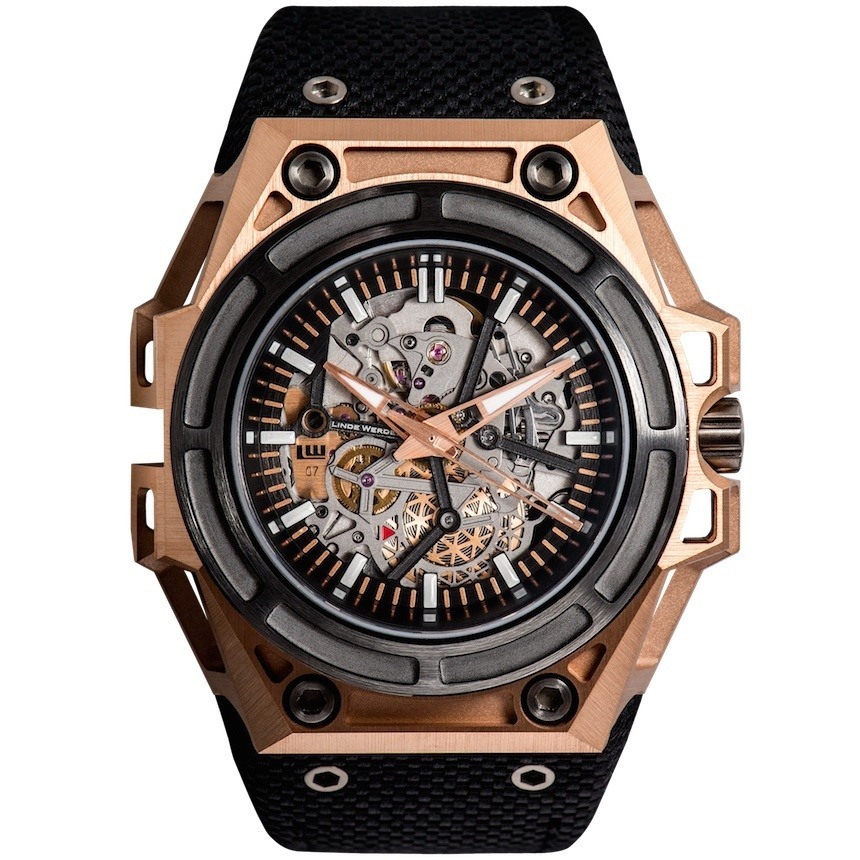 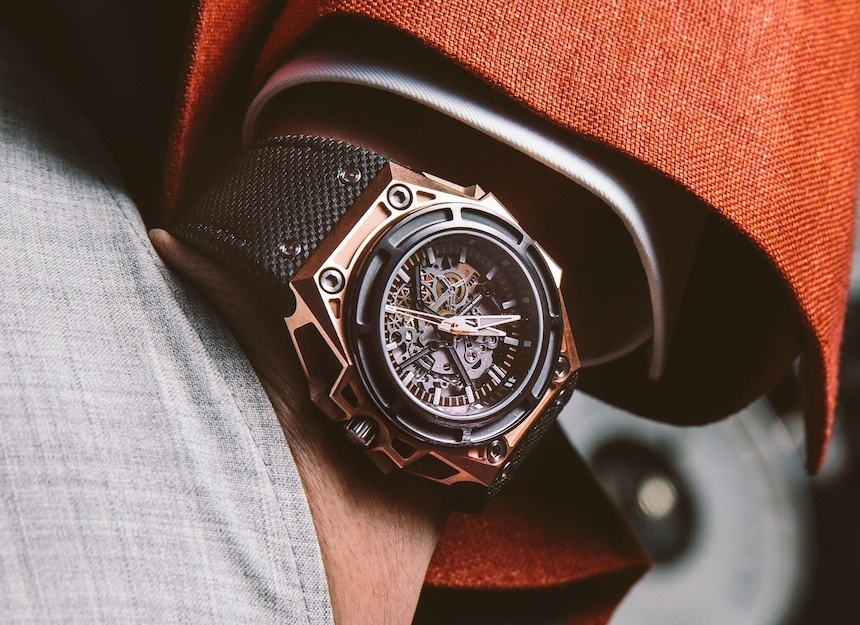 Both models have grey superluminova treatments for the hands and markers and the Titanium version comes fitted to a grey rubber strap while the Gold comes with a black calfskin strap. As the cases are similar to the rest of the Spido family, these new Linde Werdelin Spidolites will also be compatible with the other straps that Linde Werdelin has on offer.