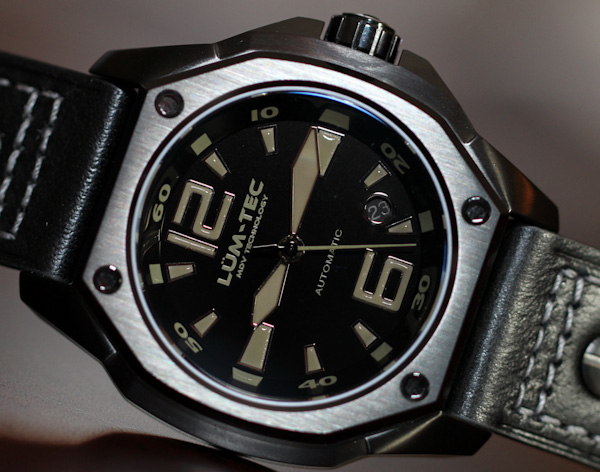 A legible phantom-style watch?! Oh yes – but it is from LUM-TEC so function is expected. The V Series collection from the American brand is an interesting range of watches that have Swiss mechanical movements. I see the angular style case as being inspired by classic Gerald Genta designs such as the Audemars Piguet Royal Oak. Only here it has been stretched lengthwise a bit.

On the wrist, the V Series watches come to life a lot more than they do alone on a desk. While the steel case is 44mm wide it doesn’t wear too large. For those wanting a substantially-sized timepiece that never feels massive, this just might be the right watch. One reason for this is LUM-TEC’s use of a relatively narrow strap. The strap even tapers. It goes from 22mm wide at the lugs down to 18mm wide. These thin proportions work well to visually reduce the mass. 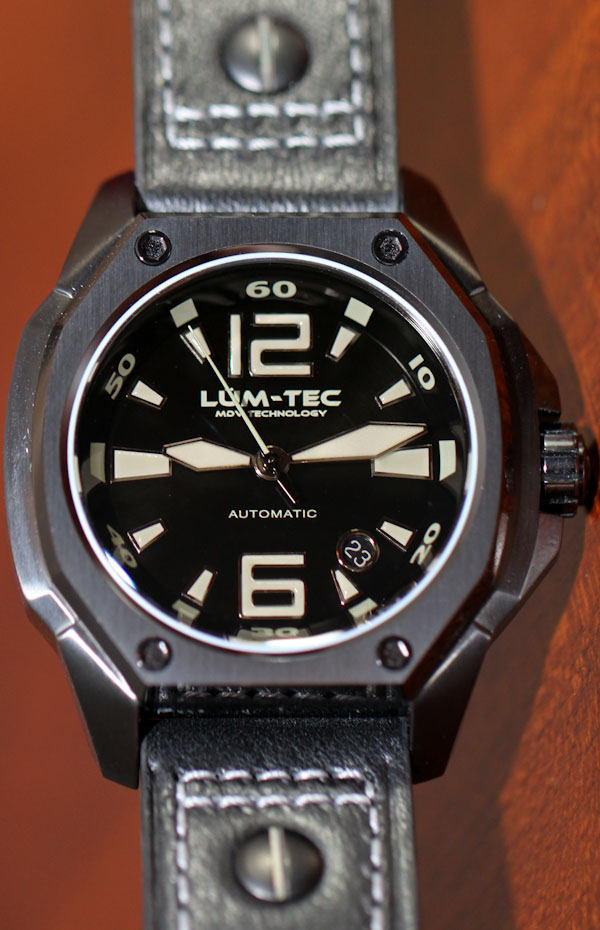 This version of the V Series watch is the V3, also called the V3 Phantom. Watches like this have black cases, black dials, black indicators, and black straps. Pretty much everything in some shade of black. What LUM-TEC did was use a tinted sapphire crystal over the dial to create the black-on-black look. A nice touch is how the sapphire crystal over the movement on the caseback has the same tinted effect. As I mentioned above, while the dial is all dark tones, it is still very legible. A high point is the lume. LUM-TEC produces their own lume called “MDV” (Maximum Darkness Visibility), which glows brightly after being charged by light. You can see how all the indexes and hands are lume coated – even the thin seconds hand.

A great detail on the case is the mixture of brushed and polishes surfaces – that manages to still come across well after the PVD black coating application. The crown screws down and the case is water resistant to 100 meters. While the case does have a futuristic look, it is still rather conservative and won’t have the wearer coming across as a Star Trek nerd. While it is totally OK if you are a Star Trek nerd… you probably don’t want your watch saying that you are. 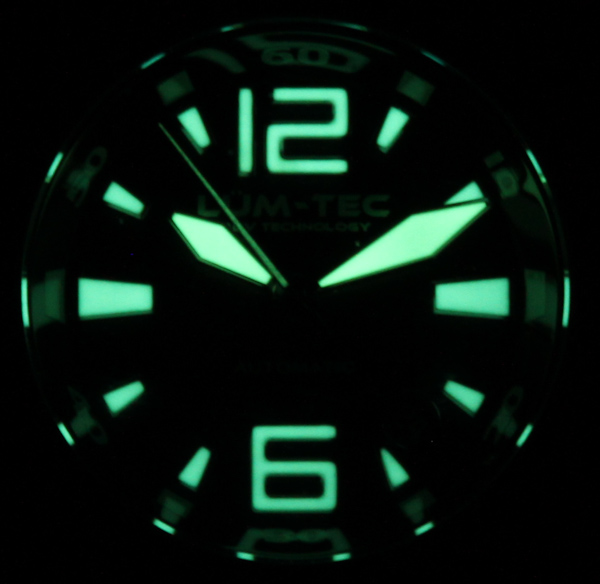 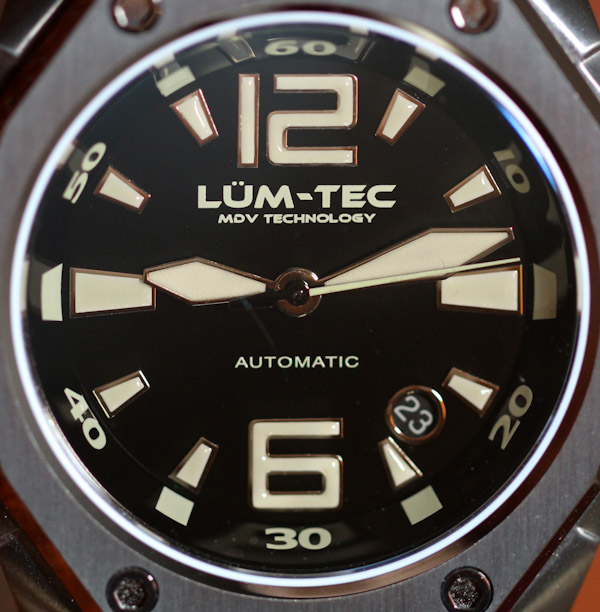 The dial of the V3 is set deep into the case. Around the periphery of the dial is a steeply sloped flange ring that has five minute indicators on it. The dial is a bit shiny, as are the indicators. As angular as they are, they still look bubbly. The dial design is love it or leave it, but it is very much LUM-TEC in design and you can’t at all say it isn’t legible. The decision to offer just hour indicators and not all the minute indicators is likely inspired by Panerai-style minimalism. 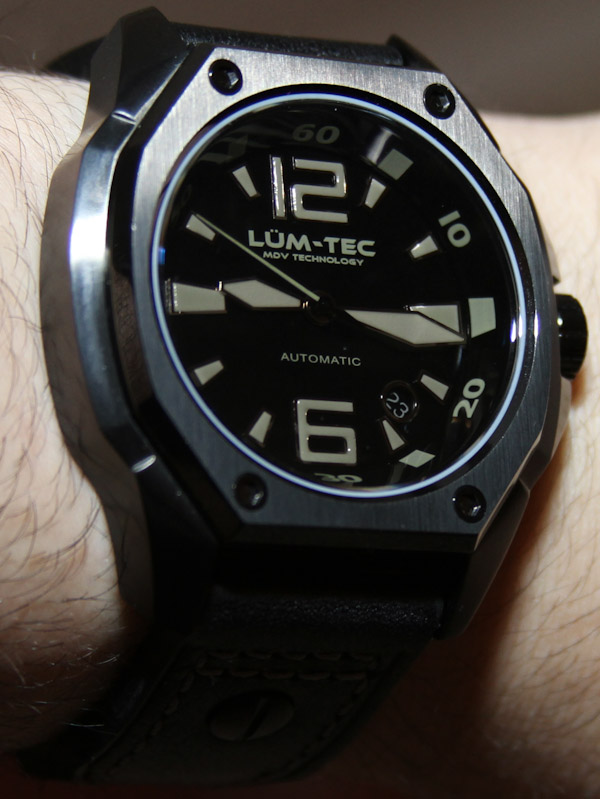 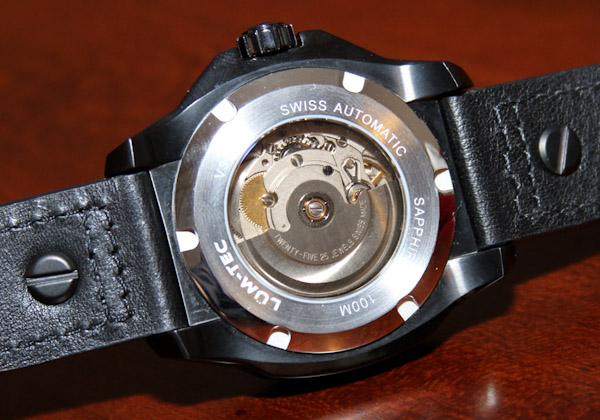 Inside the watch is a Swiss ETA 2824-2 automatic movement. LUM-TEC has used a whole range of watch movements over the years. Swiss movements are not necessarily common for their watches, but more and more LUM-TEC is using them. What I like is that the price of a watch like this V3 is still pretty comparable and not much higher than what they charge for pieces with Japanese automatic movements. The movement isn’t fancy or decorated, but that is totally fine with the sub $1,000 price. 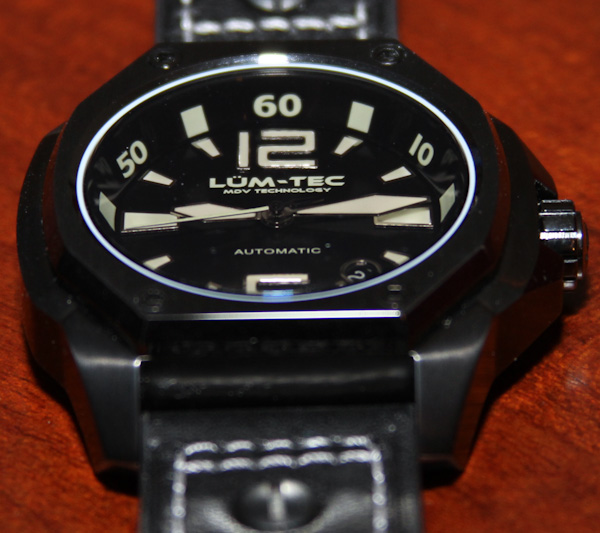 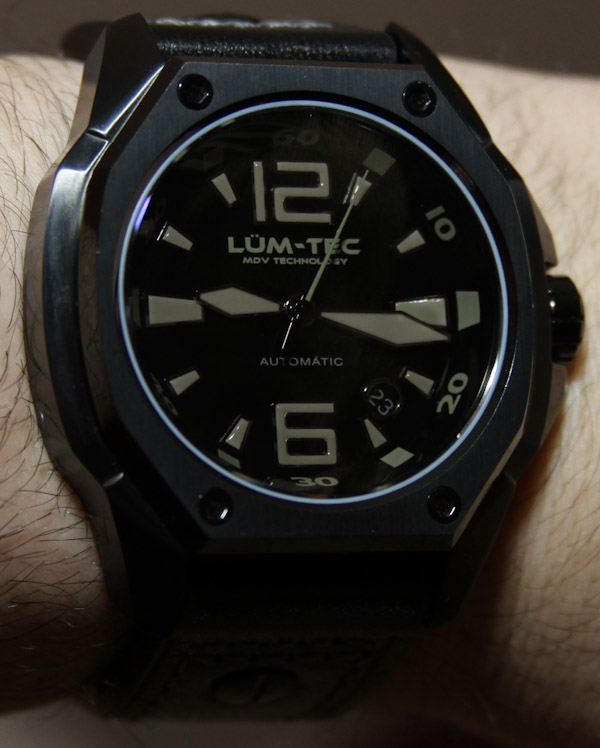 Little touches make the V3 watch what it is. Whether it is the great lume or neat sapphire glass tinting, it is the sense of effort that helps LUM-TEC watches remain popular. A good example is the strap. LUM-TEC could have just gone with a simple leather strap. Instead they created a unique quasi pilot watch strap with a rivet and interesting look to compliment the case (the watch also comes with a rubber strap). By all means, check out other V Series watches via LUM-TEC’s website to see what else they have done with the design. Price for this non-limited edition piece is $895 and you can get it via LUM-TEC’s website here.